May 11 2021, day three of our American road trip took us from Deer Valley, Utah to Jackson Hole, Wyoming. A 287 mile journey during which we went through so much contrasting scenery at times we thought we were somewhere else. From huge red boulders reminding us of Arizona, to vast plains reminiscent of England’s Yorkshire Moors, onto snow covered plains and then wide plateaus where cattle grazed against a backdrop of rocky outcrops before we were finally amongst the dramatic Alpine beauty of the Grand Tetons. Just like the previous two days of our American road trip, day three didn’t disappoint.

The day began back on the ’80’ still heading East. Within a few minutes of leaving Park City, the rolling farmland gave way to plateaus of red rock. 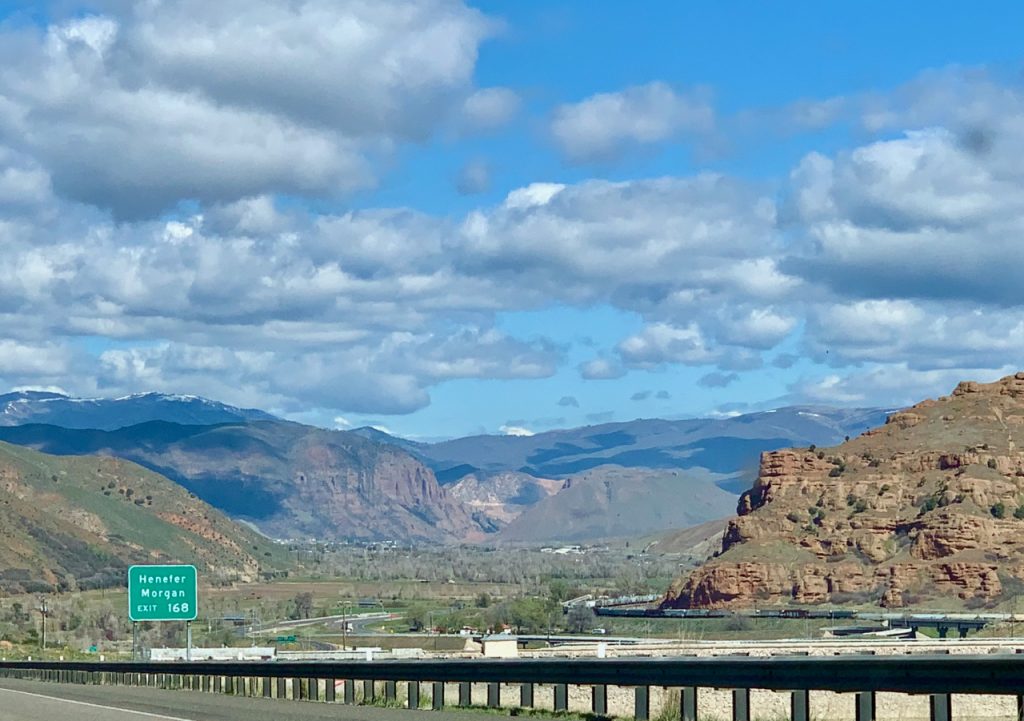 As they fell away the landscape changed, and at times it felt as if we were on the North Yorkshire moors in England. 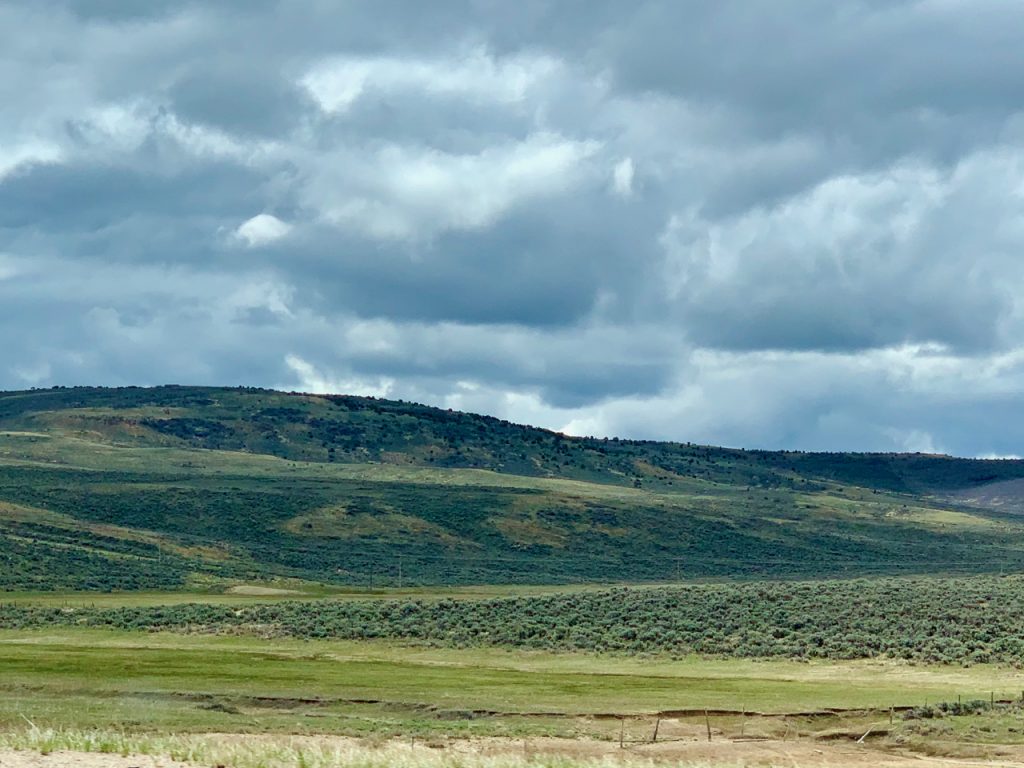 12 miles from the town of Evanston, we left the ’80’ to take the ‘189’ through Wyoming, and it was here that we saw our first sign for the Grand Tetons and Yellowstone, over 200 miles to the north. 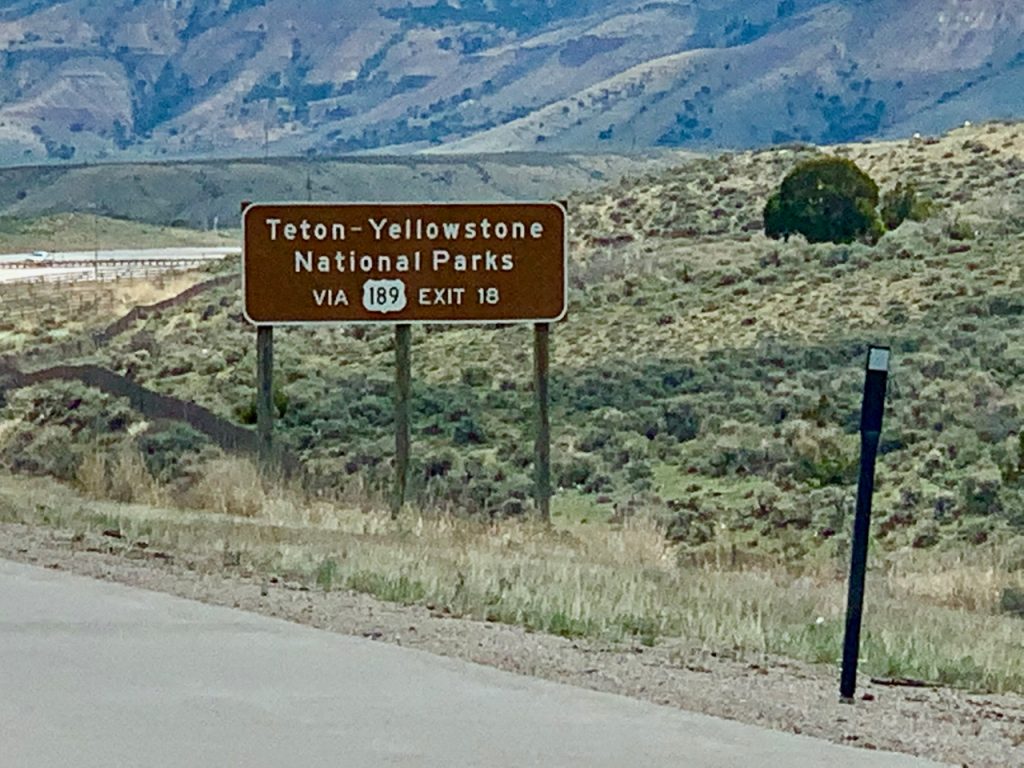 Sheep were grazing by the road side. Ahead was a twisting and undulating strip with rocky escarpments shooting up into the sky. 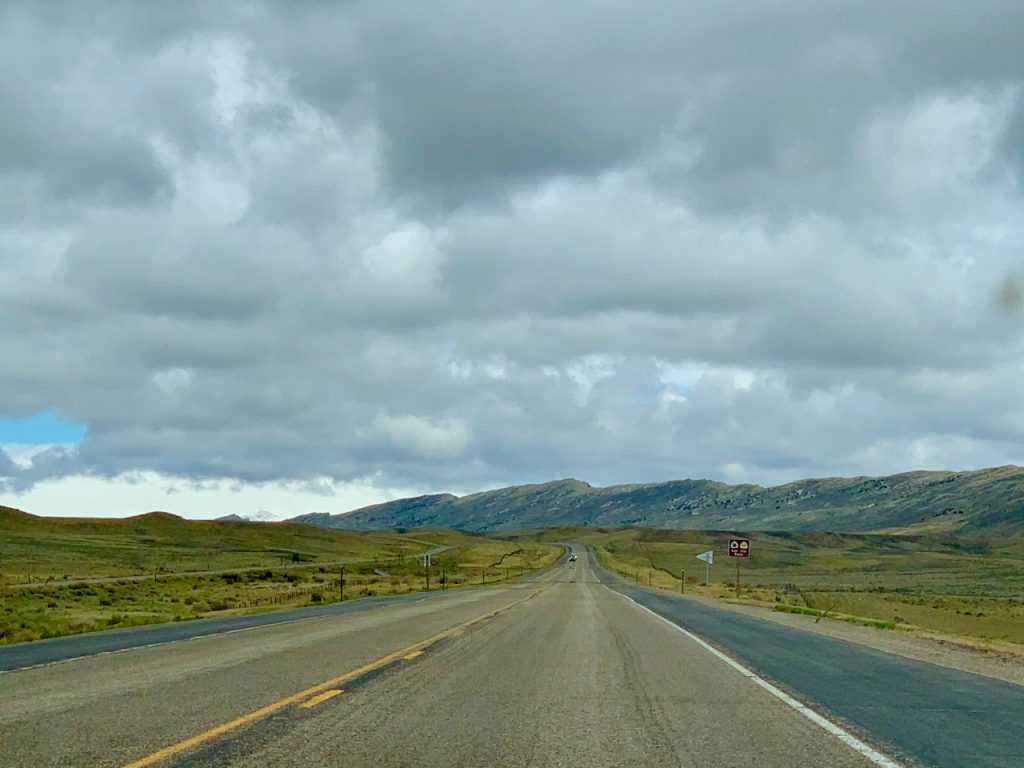 We were steadily climbing and scattered with grazing cattle, the fields beside us gradually became dusted with a recent sprinkle of snow. 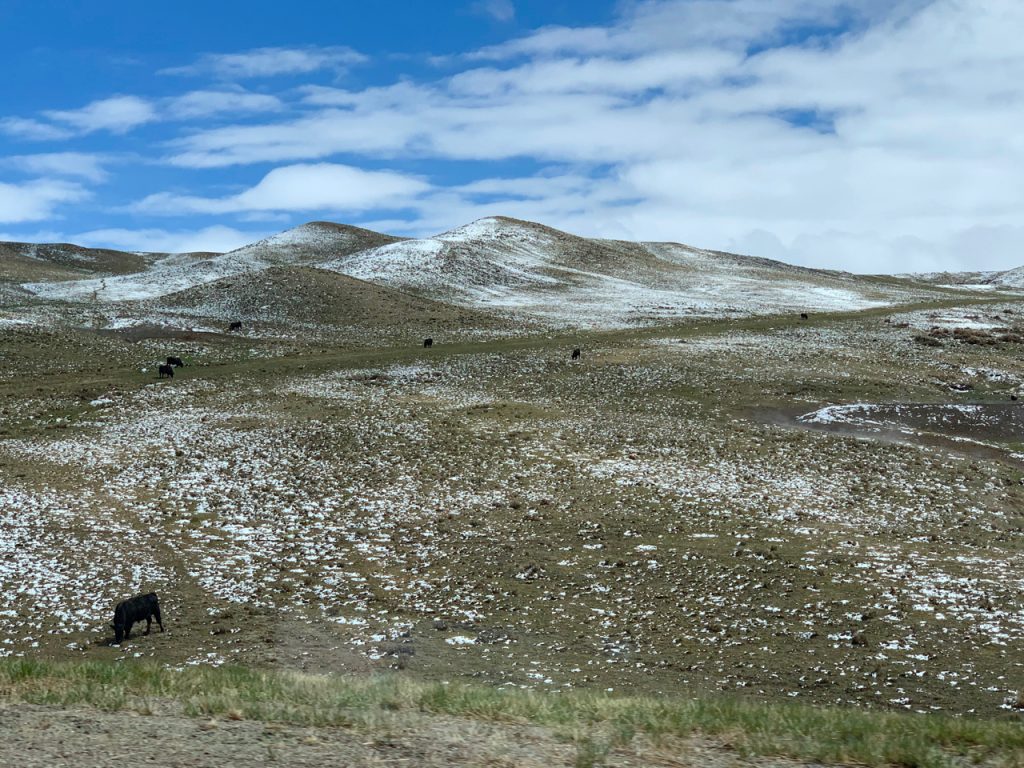 Driving though Wyoming on Highway 189

We were about to find out what these wonders were. 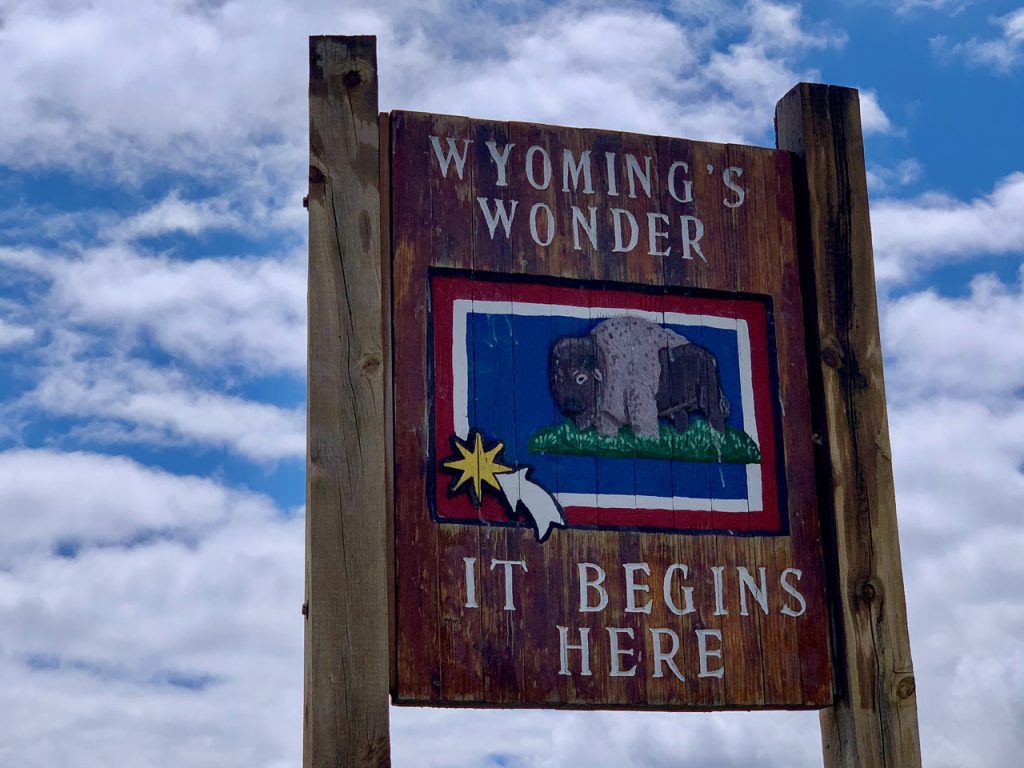 In the tiny mining town of Diamondville, population 727, we filled up with petrol. This tiny hamlet rolled into the town of Kemmerer where time seemed to have stood still! 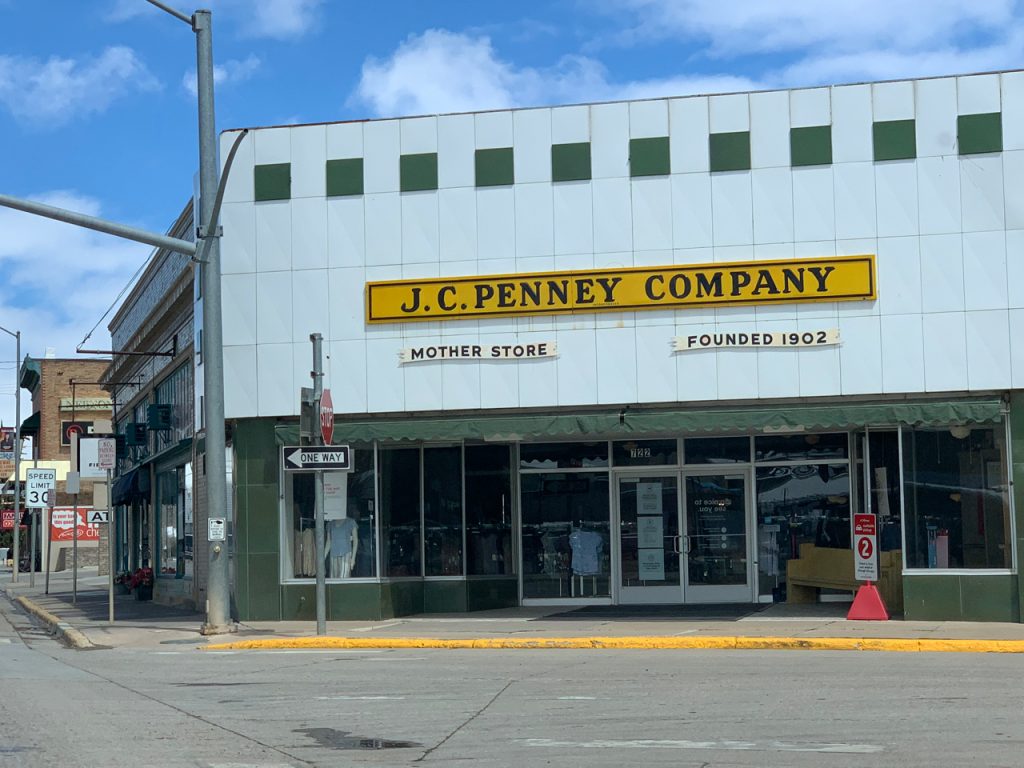 We were at an elevation of about 7000 feet and suddenly we were surrounded by a snow covered landscape stretching as far as the eye could see. 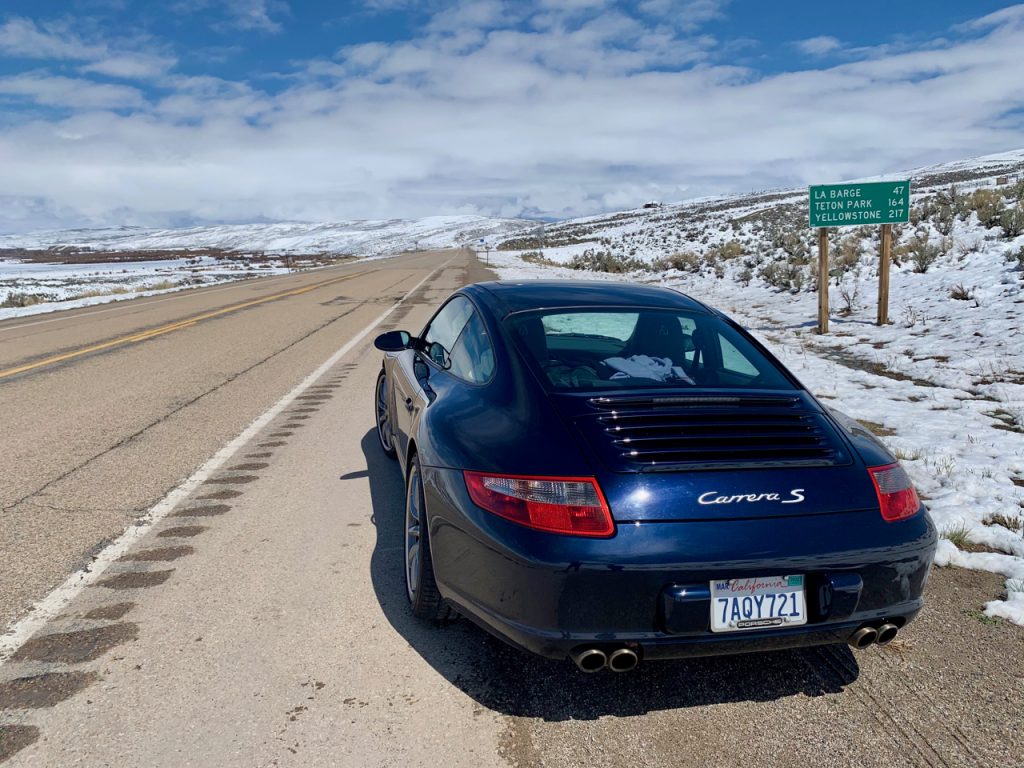 It felt remote and desolate. 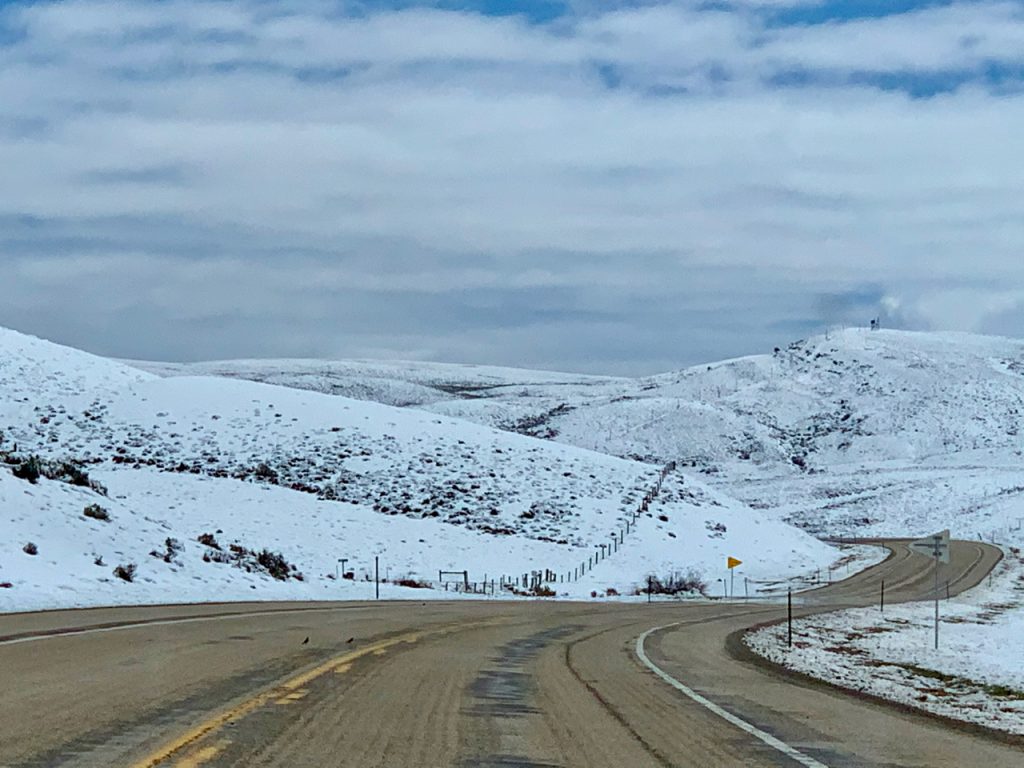 Snow fences were strewn across the fields, clearly strategically positioned to protect against harsh weather as the road rolled on and on across an endless barren landscape. 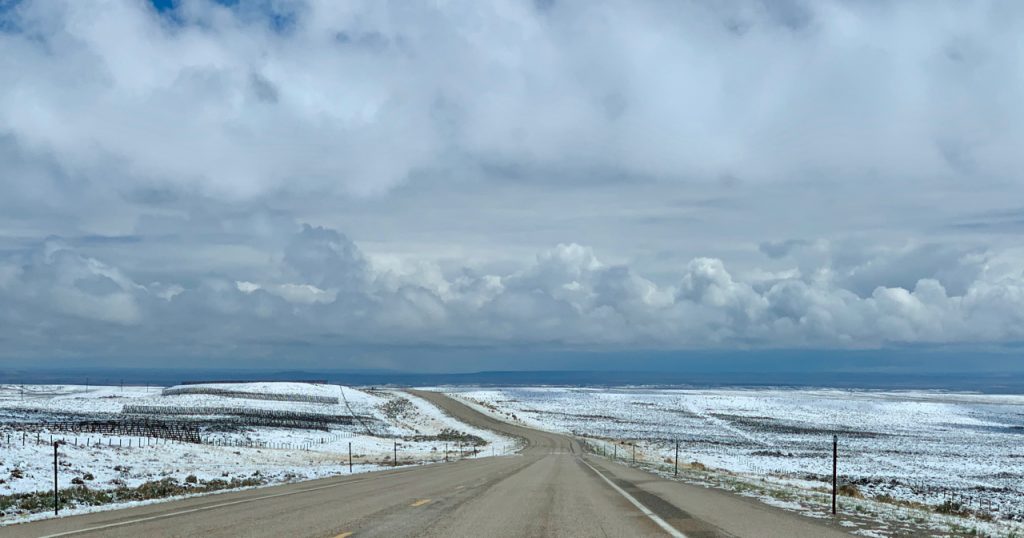 And then gradually it changed. 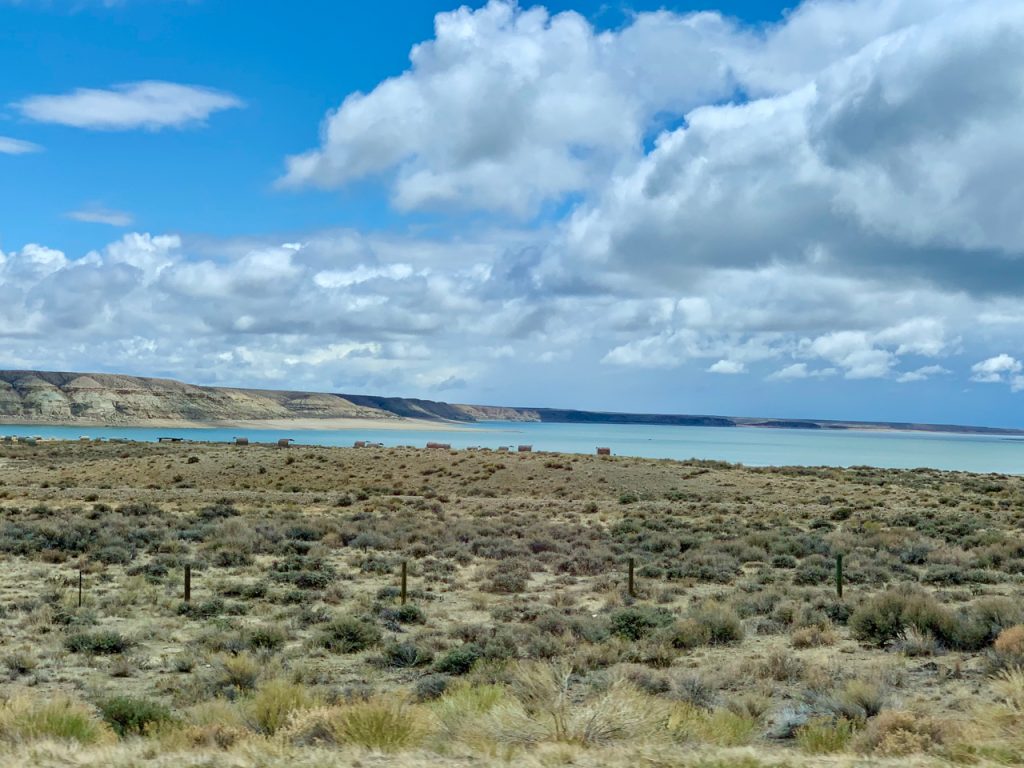 We passed vast plains of grazing cattle and the occasional tiny settlement most of which looked half abandoned and forgotten. After Daniel, population 150, its mostly dilapidated looking real estate made even that number hard to believe. Here we saw the first sign for Jackson. We had just under 70 miles to go. 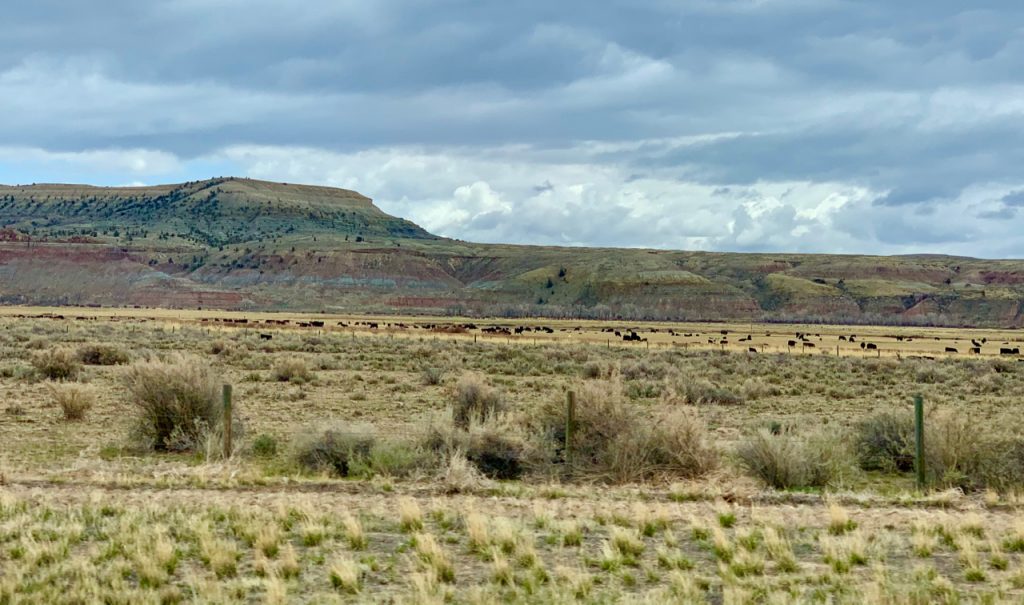 The landscape rapidly altered again. Dramatic, snow covered peaks loomed up into the clouds, the peaks of the Grand Tetons dominating the skyline as we got closer to our destination.

We were still on ‘189’ but the scenery was now vastly different. As we wound our way through the breathtaking Hoback Canyon at times it felt like we were in the Alps. 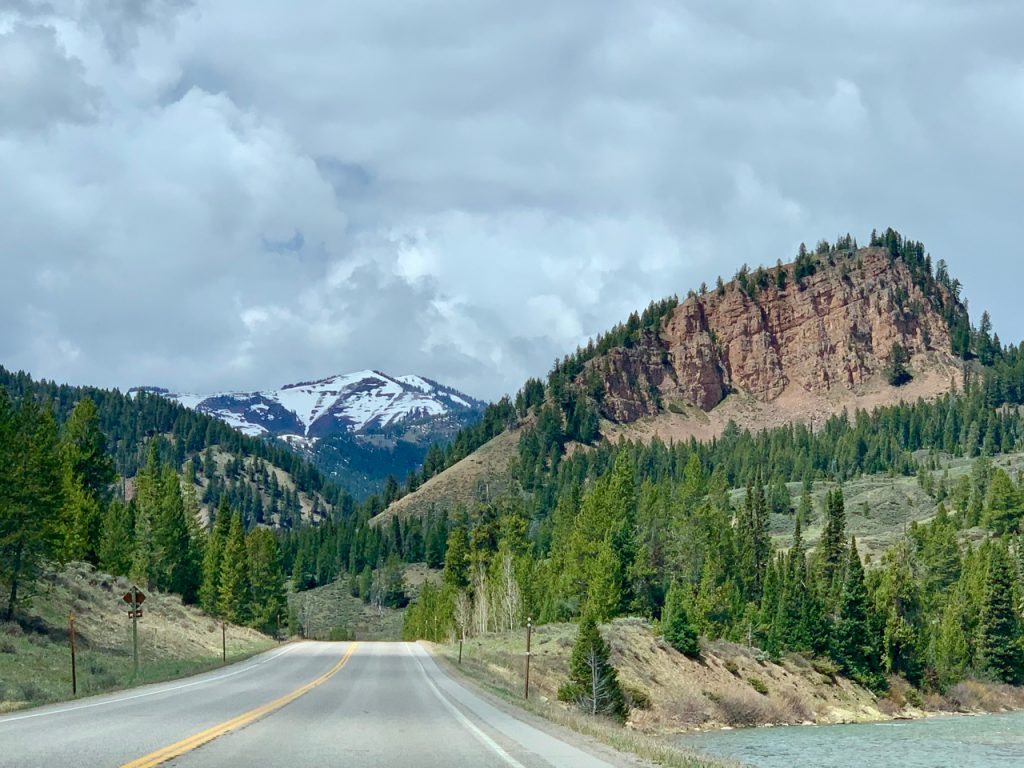 The Hoback river rushed beside us in a gurgling ribbon of pale turquoise. 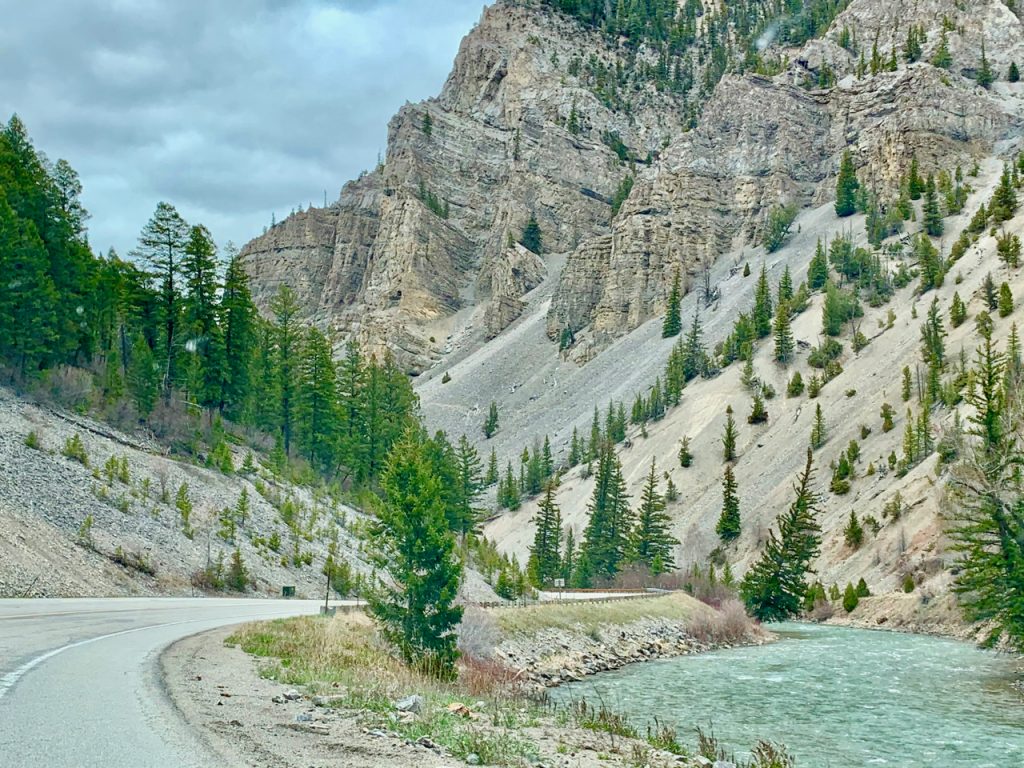 When we arrived in Jackson the spectacular views of the Grand Tetons were breathtaking. 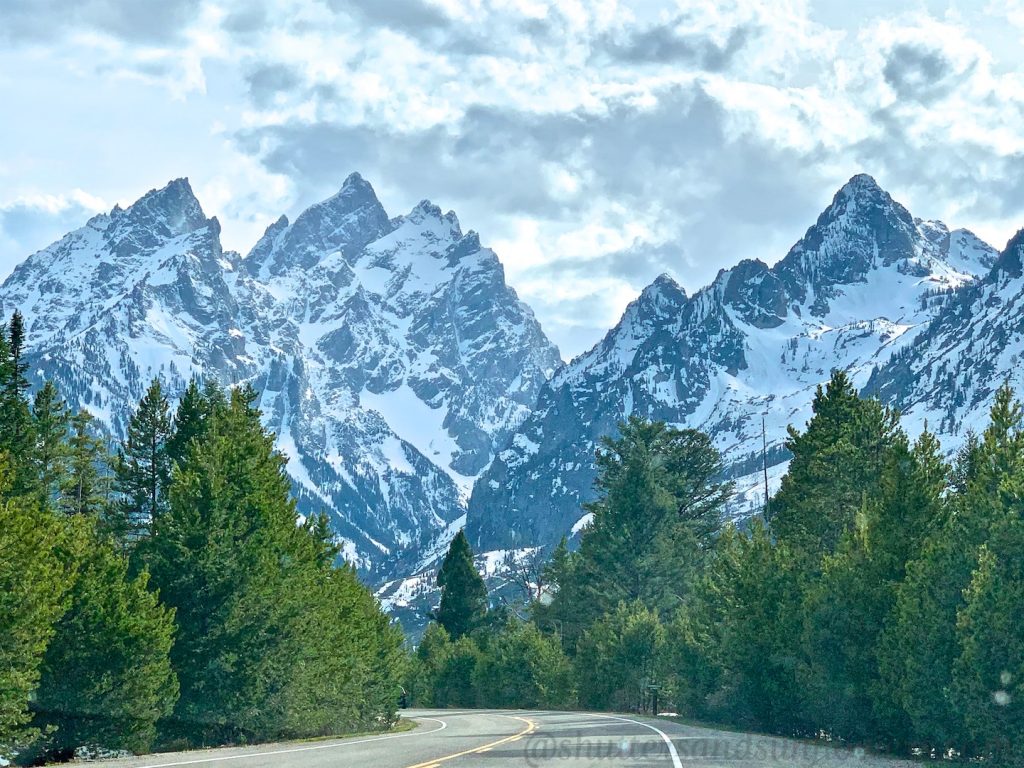 The sunshine returned as we checked into our hotel The Anvil. A trendy, former 1950’s motel which had received some loving kindness when purchased a few years ago by Erik Warner. Eric had spent his summers working at local Jackson hotels and with the help of designers from Brooklyn-based Studio he realised his dream of running a hotel, The Anvil. 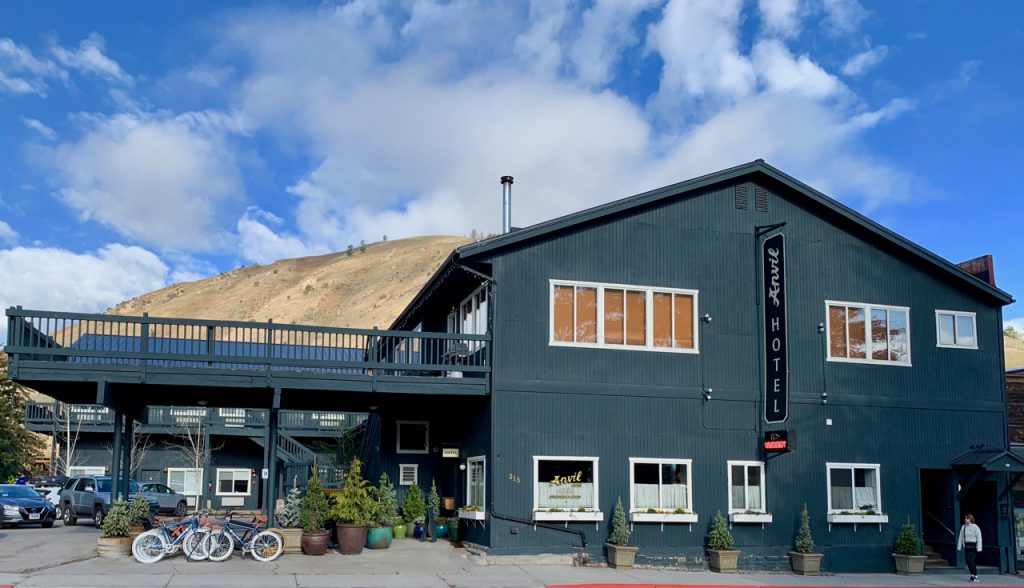 The lobby, like the rest of the hotel, reflected the hotel’s simple Shaker style. The accommodation was well-appointed and comfortable, complete with brass beds and lace adorning the windows, we’d recommend it. Its adjoining restaurant Glorietta was delicious. 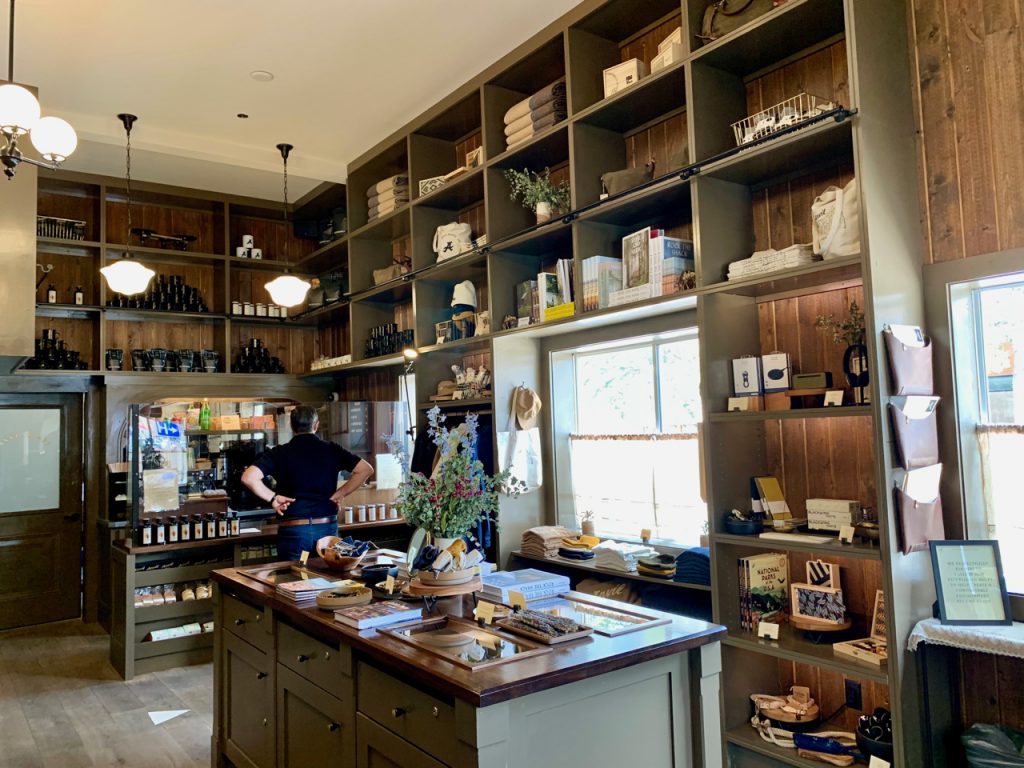 Just along the street we found a Jackson Hole icon, The Million Dollar Cowboy Bar. 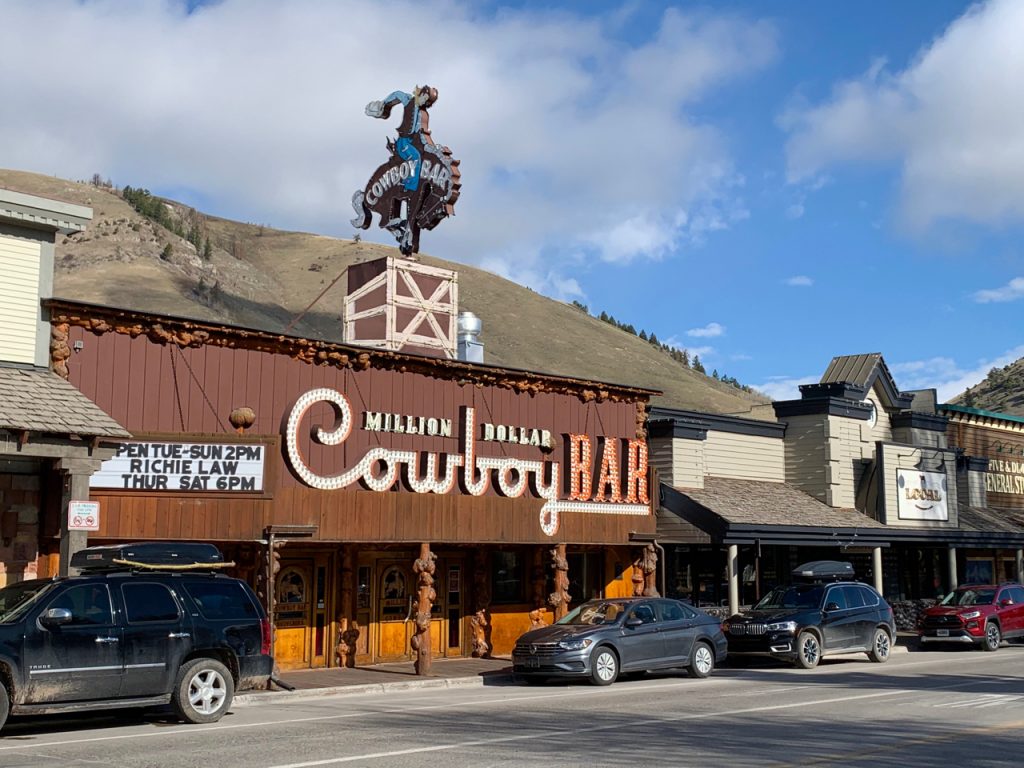 Here you can feel like a cowboy, sitting on a western saddles as you order your beer at the bar. 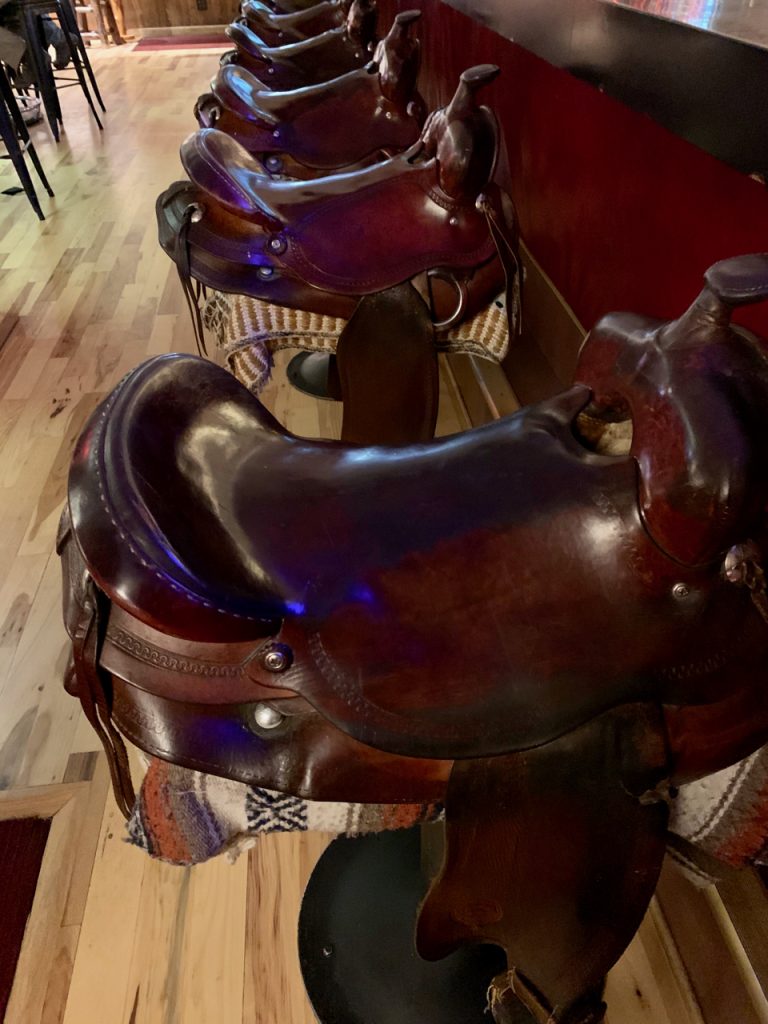 Opposite was the Town Square, famous for its Elk Antler Arches. Positioned on the each corner of the square, these antler gates were built from local antlers by the Jackson Hole Rotary in 1960. About 7600 elk spend the winter in the nearby National Elk Refuge. The bulls shed their antlers in the spring when local Boy Scouts collect them for auction in May. We were here in May but sadly missed the auction! 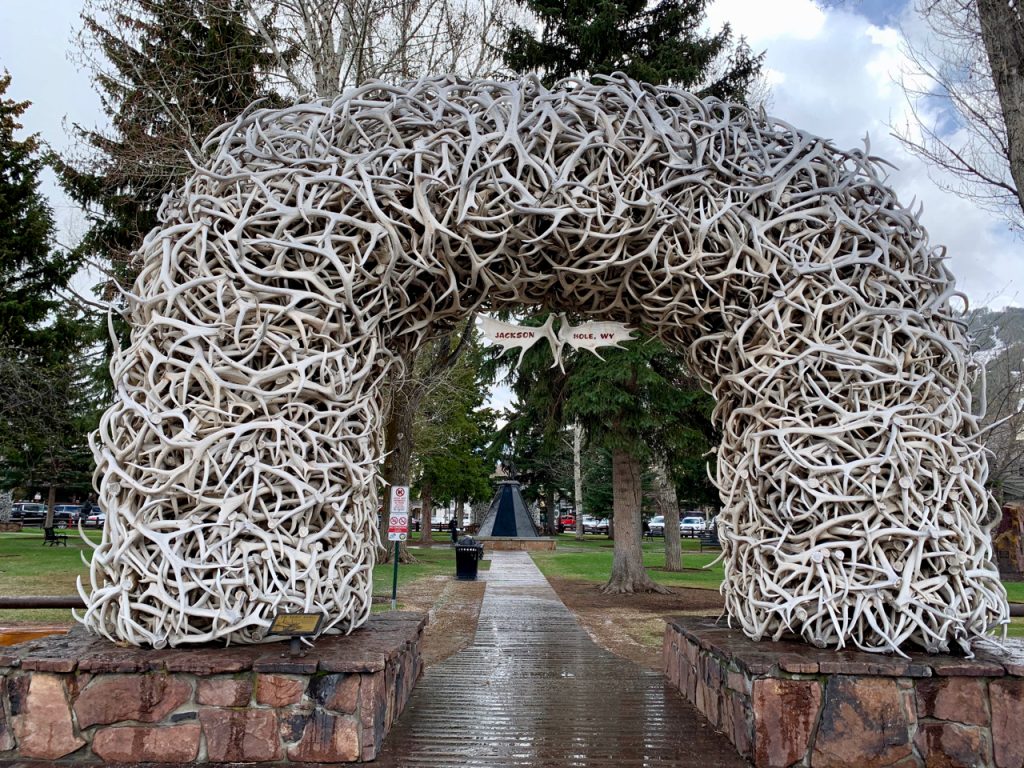 We woke on day 4 of our American road trip to bright sunshine and ambled along the streets of Jackson Hole to a local bakery, Persephone’s. 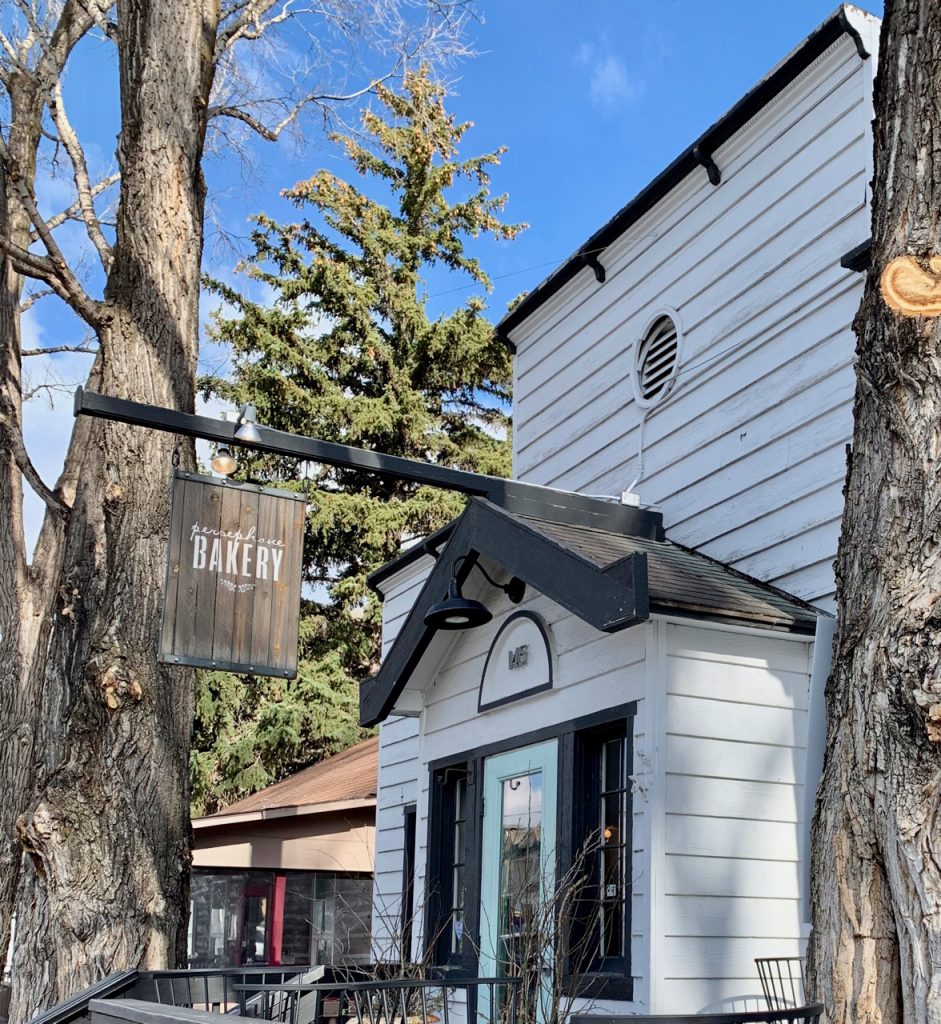 It was almost like being in our favourite boulangerie in Lourmarin. 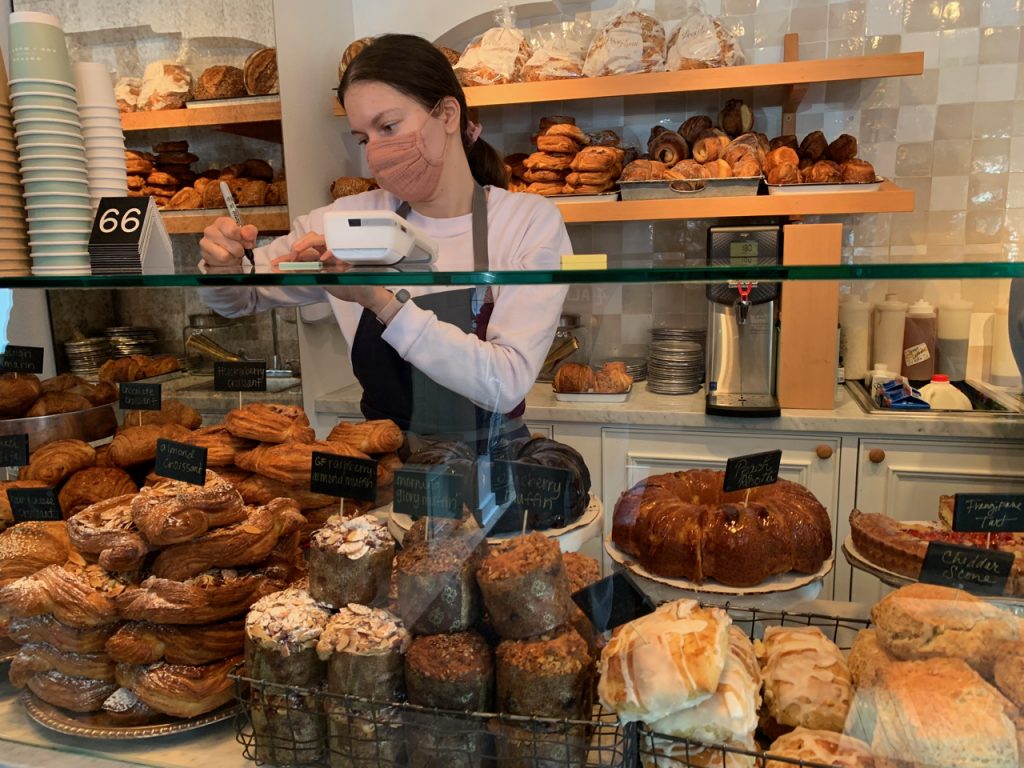 The Elk Arches looked more resplendent against a backdrop of blue skies. 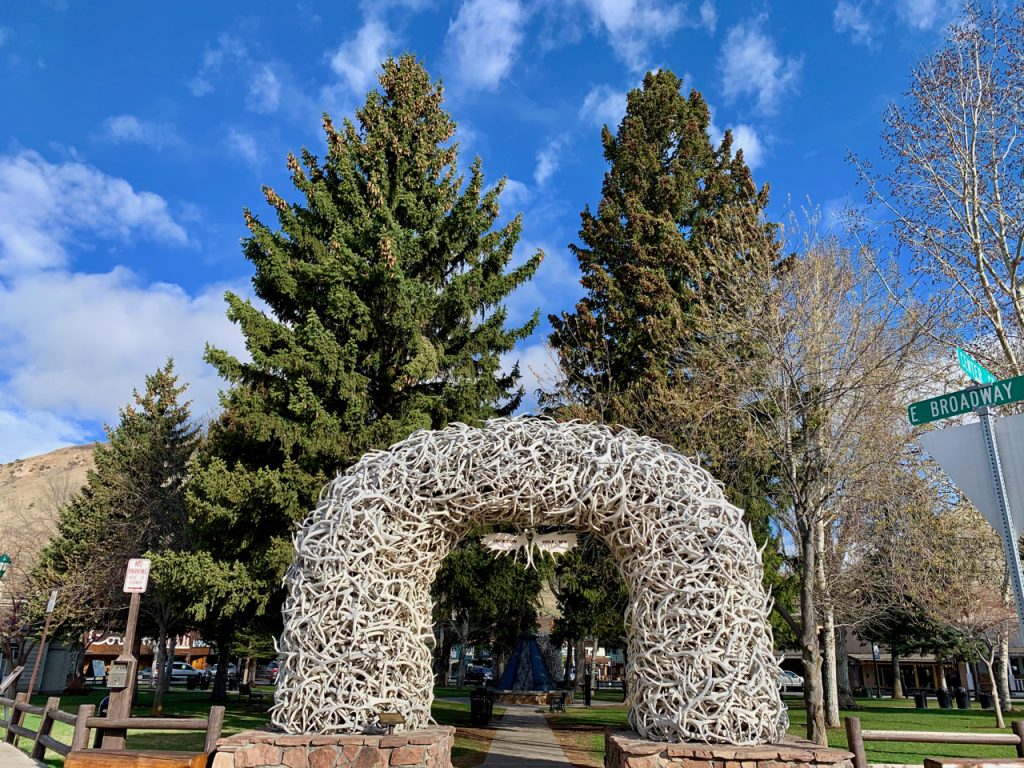 There was a real cowboy vibe along the boardwalks and streets of Jackson. 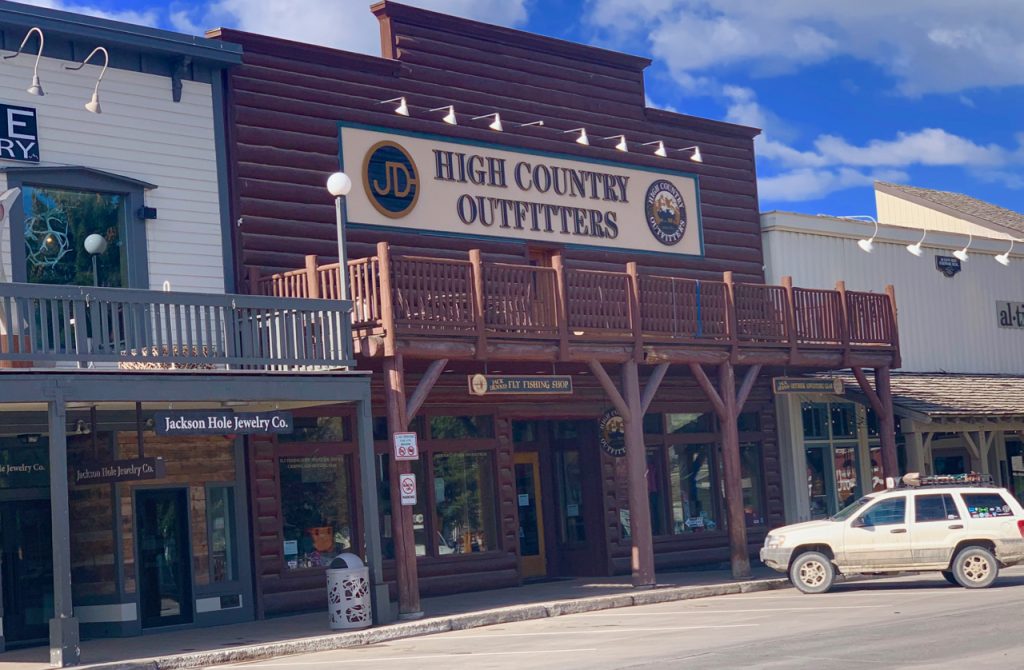 Surrounded by the mountains, the ski slopes were really close. 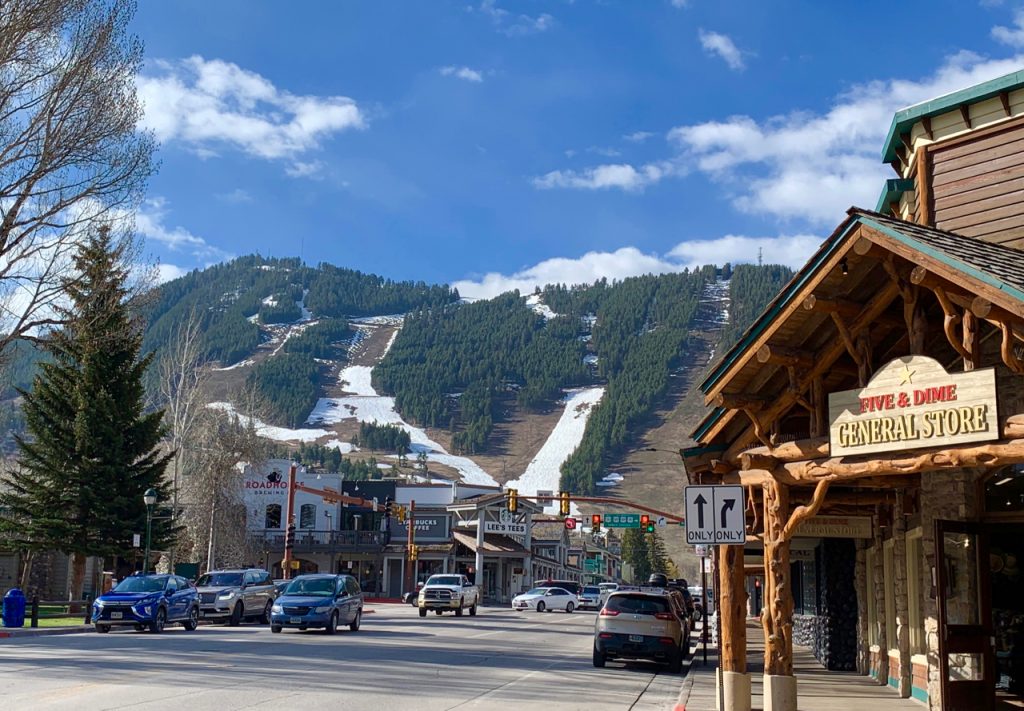 The local Episcopal Church, St. John’s was set in a tree lined square just opposite our hotel. A beautiful, log cabin style place of worship reminding me of how far away I was from where we were married at 12th century St Peter’s in England. 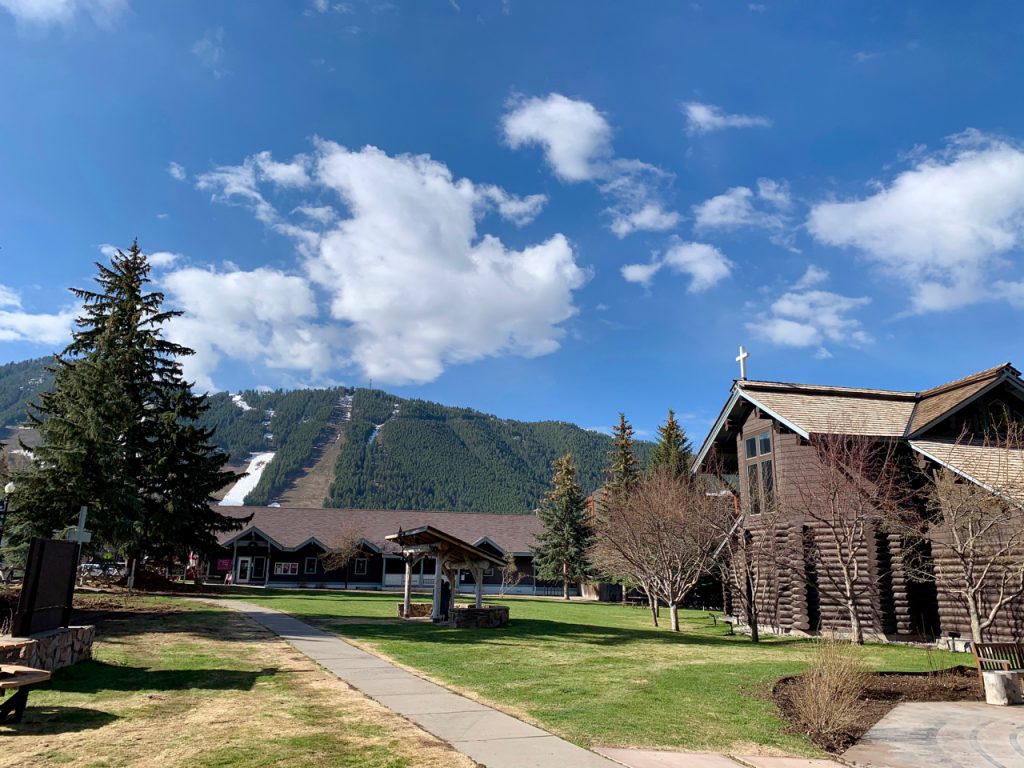 We really liked Jackson Hole, it has maintained its authenticity and western feel but at the same time is cool and trendy with great dining options and stylish shops. The popular ski destination of Teton Village is about 15 minutes drive away on route to the Grand Teton National Park. Watch this space we’re off there today! 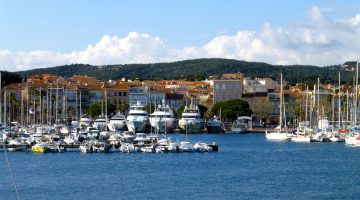