Bletchley Park, 50 miles north-west of London, predictably, proved a fascinating place. Called ‘Station X’, by the British government, it was where during World War II the British cracked the German Enigma Code, the backbone of the German military and intelligence communications. The success in breaking the code, despite the staggering odds stacked against doing so; 150 million, million, million to one, makes the ‘Bletchley Story’ one of the most incredible and greatest feats of WWII. It probably shortened the war by several years and saved the catastrophic death of thousands. 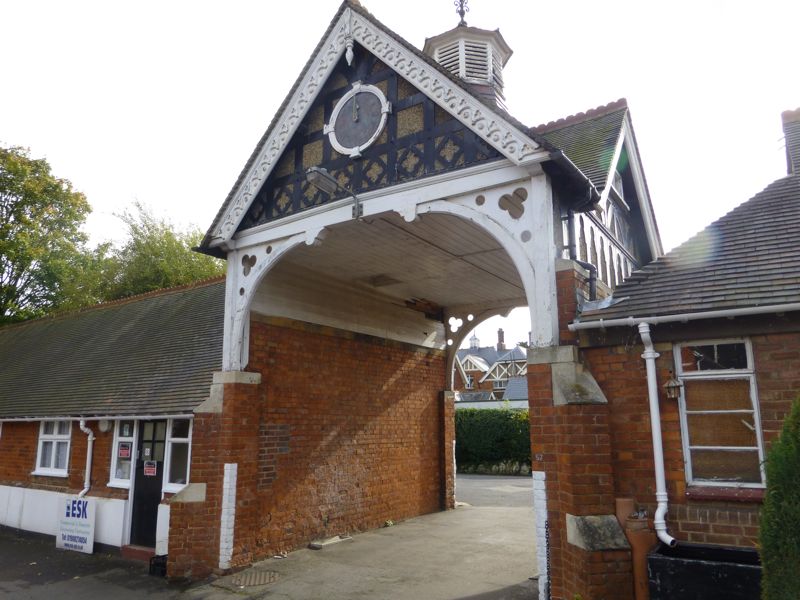 Winston Churchill described what happened at Bletchley ‘as the goose that laid the golden eggs never cackled’. 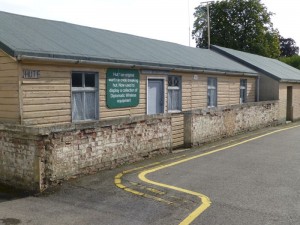 Bletchley was a place of work and ‘home’ to several thousand people, it was veiled in a shroud of utmost secrecy. Women outnumbered men by four to one. They included Wrens, Waafs, linguists, a few code breakers and a smattering of dutiful debutantes. They worked in cramped, crowded conditions, inadequately heated and appalling ventilated. It was especially difficult for those working in the huts housing the huge 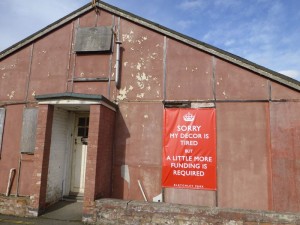 Bletchley was built in the mid-nineteenth century as the home of a wealthy London financier, Sir Herbert Leon. It was saved from demolition in 1938, when, with the threat of war looming, the British government decided it was a perfect site to relocate the British code and cypher school. Safe from the threat of bombing and with good rail and road connections

The first code breakers arrived in 1939, masquerading as a shooting party. The Polish 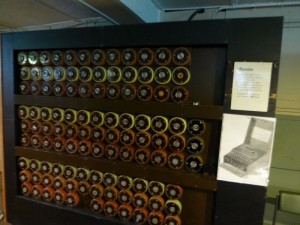 had first broken Enigma in 1932 when the code ‘only’ changed every few months. Once the war began it changed daily. In Bletchley’s Huts 3, 4, 6 and 8, equipped with the knowledge learned by the Poles, the highly effective Enigma decryption teams set to work. They were enormously aided by the brilliant mathematician, Alan Turing. Turing developed an electro-mechanical machine, the Bombe, which greatly reduced the odds and thereby the time, to break the daily changing Enigma keys. Turing was 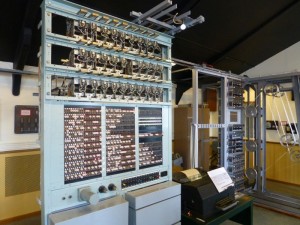 also later involved in the construction of Colossus, the first ever computer, also built at Bletchley and later the Automatic Computing Engine.

A visit to Bletchley provides the opportunity to visualise a spellbinding piece of history. As you walk around the ‘campus’ today, largely unaltered since 1945, you are transported back to the 1940’s. Back to the atmosphere of those times, the tension, the anticipation and all that was at stake.

For a 21st century visitor, Bletchley remains pretty much as it was 70 years ago, intact and not overly processed and as such the visitor feels they are ‘there’, where it all really happened! None of Churchill’s golden eggs in sight but all the marvel and wonder of the place ringing out from every worn crevice! 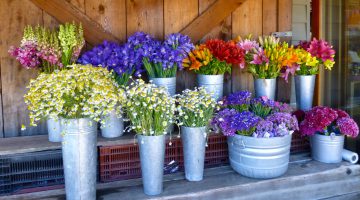 Monday, the start of the week, my to do list!