Join me as we explore the London of Charles Dickens where Dickens first moved to in 1815 at the age of two. He described his time both here and then in Kent as the most idyllic period of his life, brought to a sudden end when in 1824, his father, always a poor manager of money, was sent to the Marshalsea Debtors Prison. Our tour began in the shadows of the church of St George the Martyr opposite the grave yard where stands the one remaining wall of what was once this prison. Here our highly recommended tour guide, Richard, set the scene, quoting from Dickens’ ‘Little Dorrit’, that whoever stands on this spot will be standing among “…the crowded ghosts of many miserable years…” And so began an incredible walk exploring Southwark, London, an area frequented by Dickens, where without Richard, many significant sights would be passed by unnoticed. A fascinating insight into this talented, somewhat tormented author whose enduring works continue to captivate millions, both in books and on the screen. I hope I do justice to what we discovered about the London of Charles Dickens!

The ominous wall of Marshalsea Debtors Prison, where Dickens visited his father. 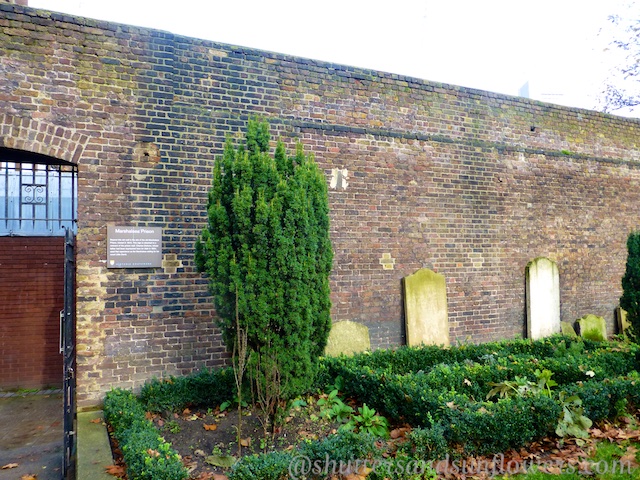 Previously schooled to become a gentleman, Dickens was now forced to work in Warren’s Blacking Warehouse, (today the site of Charing Cross Station) pasting labels onto boot polish pots. The trauma he endured here emotionally impacted him forever, and is reflected in many of his subsequent great works, most notably David Copperfield. Just like many of the children he was to write about, this sad, little boy, quite abandoned, explored the sights of London, discovering all aspects of its life which later he wrote about so eloquently.

Looking back from the prison wall across the graveyard to the church, it was not hard to imagine the bleakness of this twelve year old’s situation. 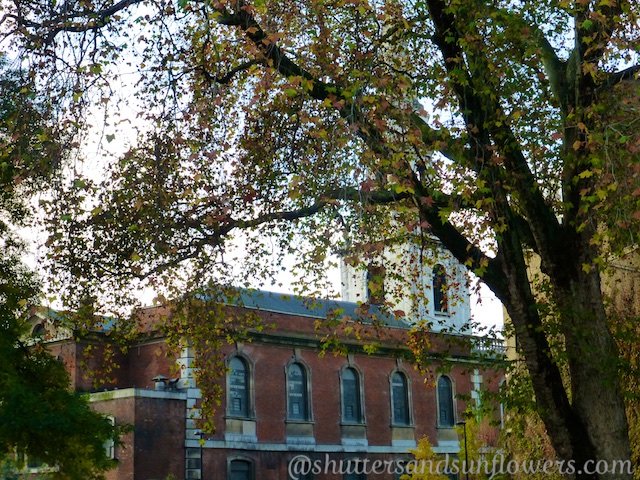 However things did improve and on his father’s release from prison, Dickens resumed his education and two years later became a clerk for Ellis and Blackmore, solicitors in London’s Gray’s Inn. Here he taught himself shorthand and within just 18 months had set himself up as a shorthand recorder at Doctors’ Commons, by St Paul’s Cathedral. 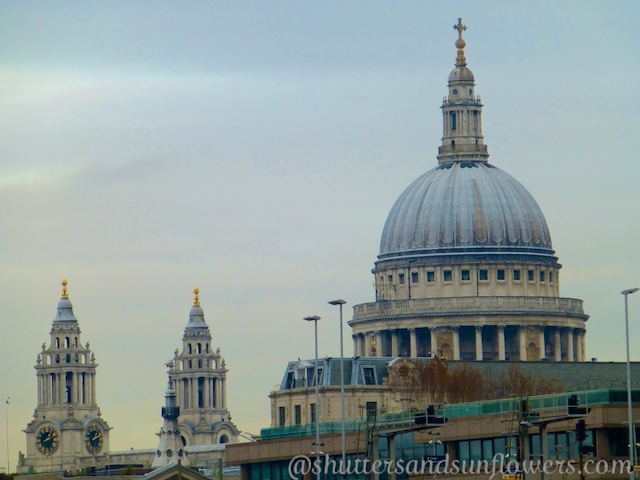 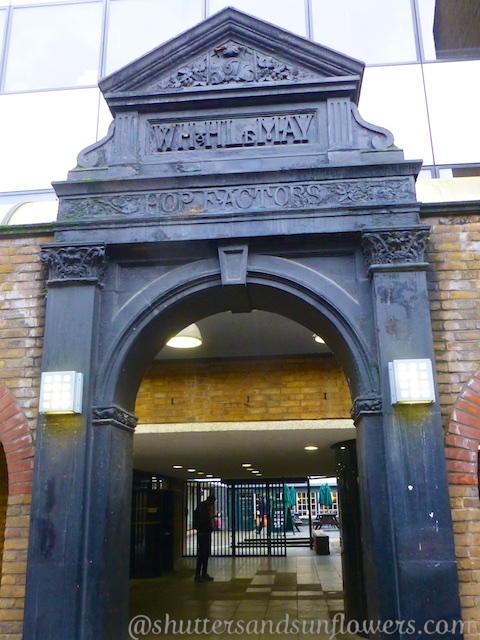 In 1832 he became a reporter for ‘The Mirror of Parliament’ and, in 1833, his first story ‘A Dinner at Poplar Walk’ was published. A year later he began working for the ‘Morning Chronicle’ becoming friends with its music critic George Hogarth. When, in 1835, Hogarth became editor of the ‘Evening Chronicle’, working in White Hart Yard, he asked Dickens to contribute sketches which became Sketches by ‘Boz’, (Dickens’ pseudonym) In 1836 Dickens married Hogarth’s daughter, and his first installment of Pickwick Papers appeared. To the left is the Archway into White Hart Yard where Dickens then worked whilst writing Pickwick Papers.

When its originator and illustrator, Robert Seymour, committed suicide Dickens replaced him with Hablot Browne, who remained his illustrator for the next 20 years. Once Dickens introduced the character of Sam Weller to Pickwick Papers it became a publishing phenomenon making Dickens a celebrity of his time! His success was in some part due to that this endings were always cliff hangers, leading his readers to want to return and read more!

Around the corner from White Hart Yard is George Inn, frequented by both Shakespeare and Dickens. Only one side of its original courtyard survives and it is the only inn of this design still in existence in London today. 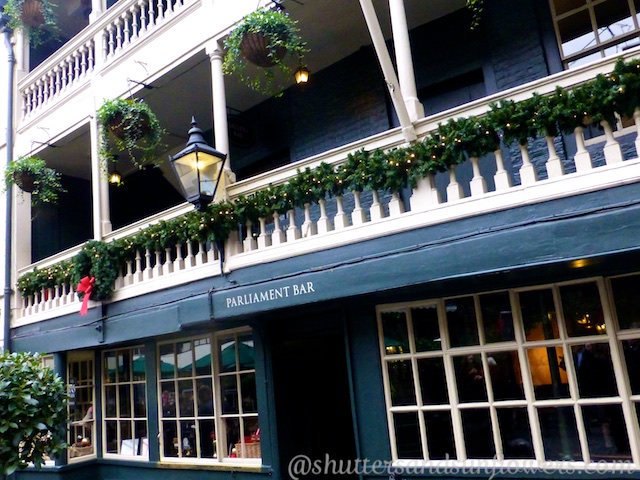 When plays were originally performed in the 16th century and before, they were done so on minstrel galleries such as these, the design of which was replicated in the first theaters, notably Shakespeare’s Globe, just a short walk from here.

Following the untimely death of his sister-in-law, in 1837, a broken hearted Dickens threw himself into his writing. He finished Oliver Twist, Nicholas Nickleby and started work on Barnaby Rudge, becoming one of the most popular writers of the age. A year later he visited America where he was met with an almost hysterical welcome. He then wrote Martin Chuzzlewit (1843–44) followed by, possibly his best known work, A Christmas Carol (1843).

We stopped by this small insignificant patch of land, known as Crossbones Graveyard which many believe to be what Dickens had in mind when he described the graveyard visited by Scrooge with ‘the ghost of Christmas yet to come’. 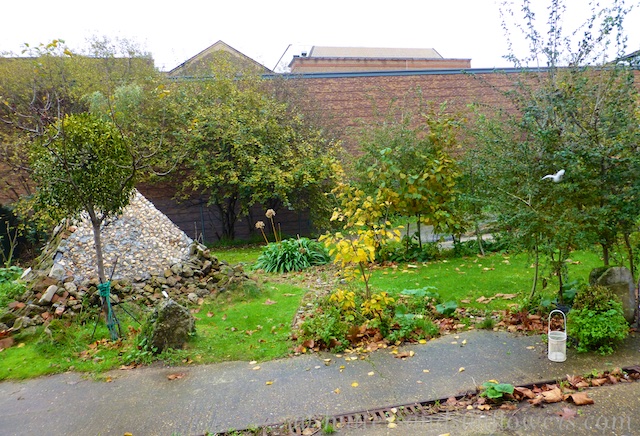 For centuries this had been the burial ground for prostitutes. The surrounding land stretching down to the Thames, was once owned by the Bishops of Winchester. As sailors stopped along the water, several brothels grew up. Although willing to take rent for the brothels, the bishops refused the burial of their inmates, ‘the Geese of Winchester’, on consecrated land and hence they were buried here. After the dissolution of monasteries it became a burial site for paupers until the late 1850s when it was realized it was not healthy to bury the dead so close to where people lived! Since the building of the underground’s Jubilee line there has been an on going dispute about destroying the graveyard. Local people have protested that it would be wrong to eradicate somewhere where approximately 15,000 people have been buried. On the railings outside are flowers and ribbons remembering those that were buried here. Their objections have been heard and there is now going to be a memorial garden on the site.

As Dickens fame grew he became friends with some influential people such as the great reformer Octavia Hill the founder of the National Trust, the first building that they saved being George’s Inn! 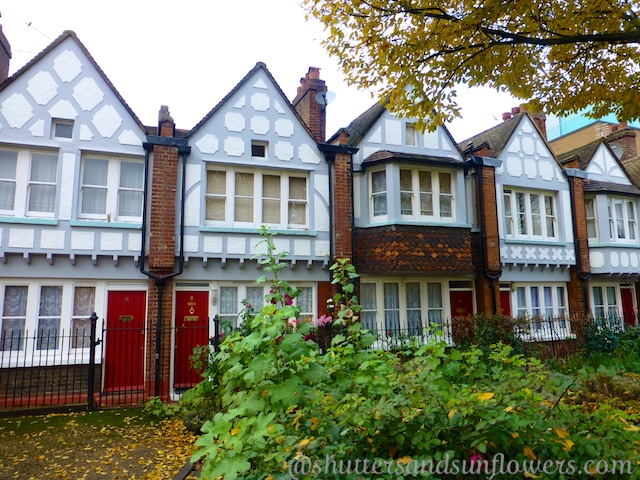 They believed that the best way to help the poor escape the poverty trap was through self improvement, cottages such as these were built across London, tenants were taught a simple trade and to grow produce from the gardens and they were required to pay rent. Today this garden is one of the only remaining, it is still owned by a trust and provides shelter for the old. Now overshadowed by the 21st century, the view is quite different! I wonder what Dickens and the Victorians would have made of The Shard?! 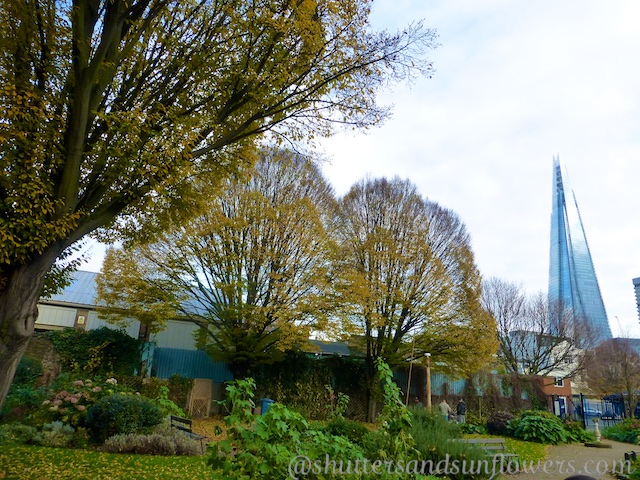 Another influential association of Dickens was with Miss Angela Burdett-Coutts, who in 1846, at the age of 18 inherited the Coutts 1.8 million pound fortune. Wanting to use her money for good works she turned to Dickens for help with a project which became known as Urania Cottage to provide shelter for prostitutes. Dickens and Coutts became close friends and she even paid for Dickens’ son to go to Eton.
We continued on to the river, passing the Hop Exchange, where the hops from Kent were bought to be sold in London. 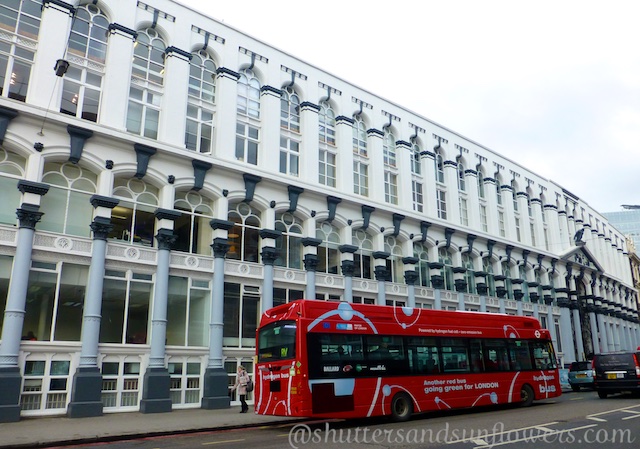 We stopped under the shadows of Southwark Cathedral which Dickens would have known well, although in his time it would have just been a church.

Looking out across the Thames to a skyline, very much changed since Dickens’ time, the inscription on the wall, by another famous man, Sir Walter Raleigh, (1552-1618) was very poignant;

“There are two things scarce matched in the universe, the sun in heaven and on the Thames on earth” 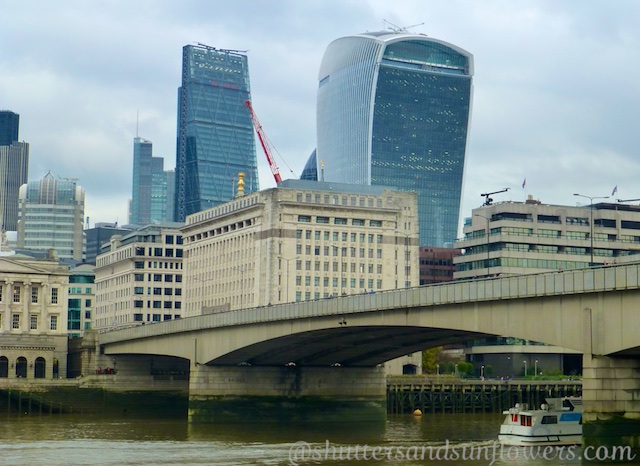 Our tour came to an end by fabulous Borough Market, also featured in Pickwick Papers. 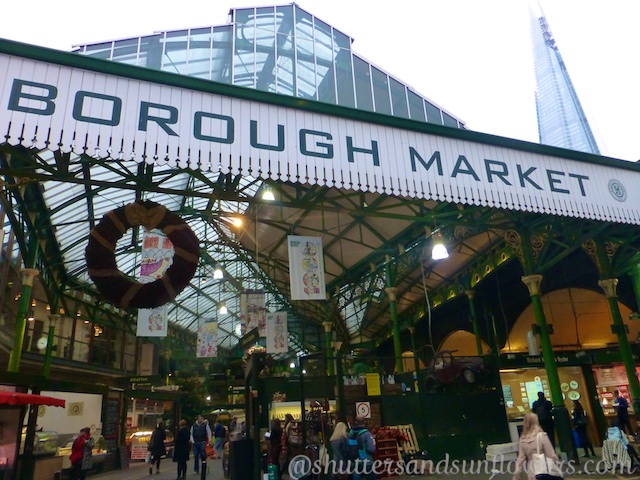 We stood below the only archway of the original London Bridge which would have existed during Dickens’ life, the remaining was bought by an American and today is at Lake Havasu in Arizona. 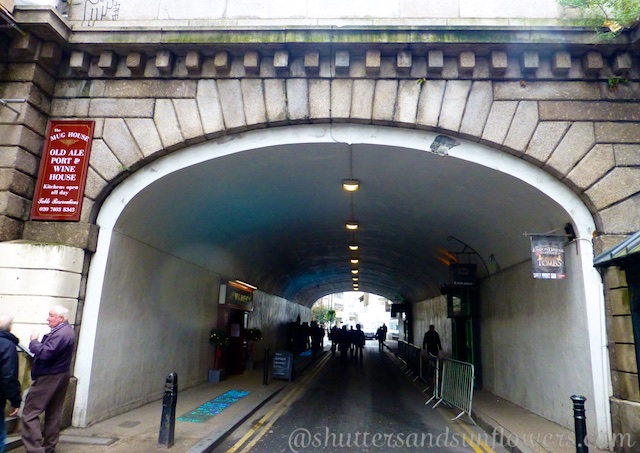 and looked up at the steps where Nancy was murdered by Bill Sykes in Oliver Twist. 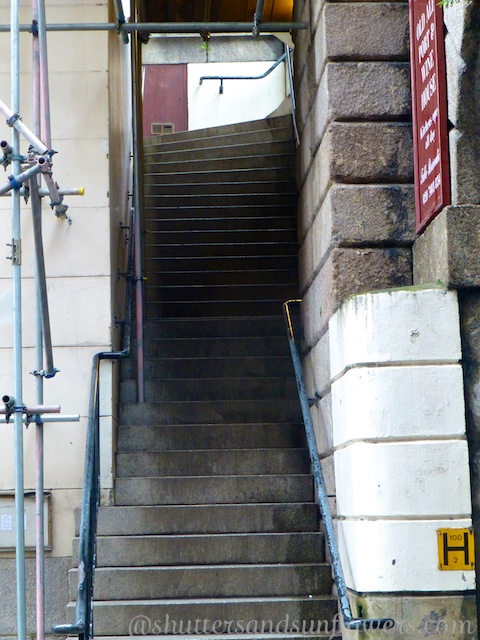 Sadly by 1858 Dickens’ personal life had fallen into disarray. He divorced his wife, devastating his family and went on to live a very clandestine life style.

Dickens began a series of highly profitable reading tours which continued, despite his failing health, for twelve years when on 8th June, 1870, at just 58, Dickens collapsed at dinner and died the next evening………

Should you be in London, I would so recommend one of Richard’s tours. They last just under 2 hours but you leave wishing he could be your guide all day! He brings magic and life to all he describes with such passion and animation, it’s almost like stepping back in time! You can discover more about this and other tours he offers by clicking here

Where to find Borough in the Southwark District of London ~ England

Next post London, from Borough Market to Covent Garden

Previous Article The streets of London at Christmas 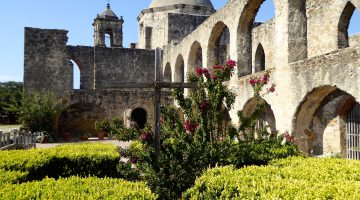