Genoa is very close to the border with Provence! Within a moment you have sped along the AutoRoute and it becomes the Autostrade and voilà France is behind you and you are in Italy! No passport control, no douane, no barricades, no police, just a dark blue square signpost with the familiar circle of gold stars and the words ‘France’ replaced by ‘Italy’. You are now in a different country! The roads are the same, the trees and plants but quick glimpses of the architecture reminds you that you are somewhere else. 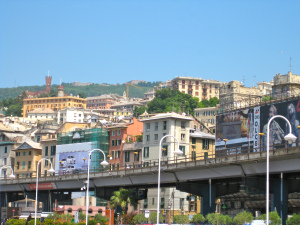 Taller buildings, more compact, with longer, somewhat tattier looking shutters, the provencal ochre, blues and lavenders replaced with duller, more austere shades. The Autostrade hugs the coastline and twines its way along the Italian Riviera, close to the sparkling, beguiling Mediterranean. Small beach towns and fishing villages are frequently signposted, visited along twisting, winding switchbacks, bathed in sunlight beckoning you to sample their espressos, gelatos and pizzas closer to the water. You feel you should be in a convertible car with large sunglasses and a Hermes scarf neatly tied under your chin containing your beautifully coiffured locks, à la Grace Kelly!! 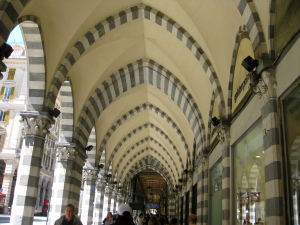 Within 90 minutes you are pulling up outside a smart Italian hotel in the city of Genoa, a bell boy anxiously rushing to relieve you of your luggage as you mutter ‘merci’, stammer and replace it with a ‘grazie’, one of the only 5 words of Italian you know, maybe your French isn’t so feeble after all!!!! 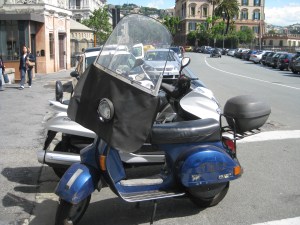 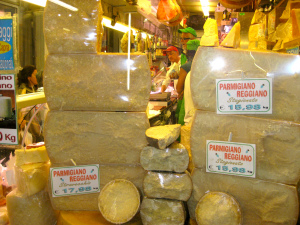 An impressive harbor, complete with a authentic replica of Neptune’s  Galleon, appropriate for the city where one of the world’s most famous explorers was born – Christopher Columbus! 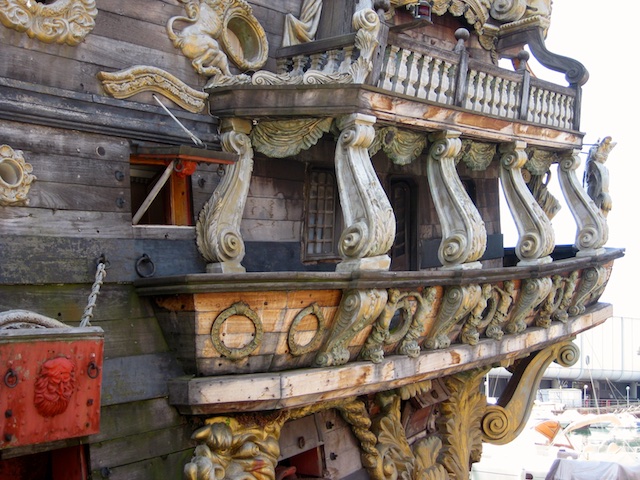