During World War II thousands of ordinary, hard working people were snatched from their homes in Amsterdam to be deported to the Nazi concentration camps. Of the 107,000 dutch Jews deported as part of the Holocaust in Amsterdam, barely 2000 survived. This is the story of one such ordinary man, Abraham Reiss who was sent to Sobibor, immortalised  by his grandson, actor and artist Jeroen Krabbé; in a series of paintings, using the memoirs of Jules Schelvis‘  ‘Sobibor: A History of a Nazi Death Camp’ this is the story of ‘The Demise of Abraham Reiss‘. 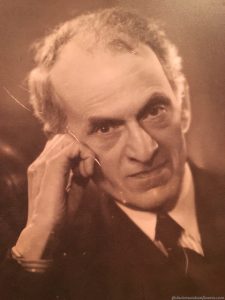 Abraham Reiss was born in Amsterdam on November 2 1873. Clever and talented he worked hard to make his fortune in the diamond trade. He married, had 2 daughters and in 1920 moved to a large house in upscale Oosterpark. His family lived a comfortable life, looked after by servants enjoying several holidays a year, until 1929 when Abraham lost everything in the world economic crisis. The family were forced to move to Amsterdam’s Jekerstraat district which on the eve of WWII was home to about 17,000 Jews.

On June 20 1943, during the Holocaust in Amsterdam, the Nazis carried out an unexpected raid on Jewish homes in Amsterdam, Abraham was snatched from his home and sent to Westerbork, the holding camp for people about to be deported.

On 6 July 1943 Abraham, along with hundreds of others, bordered a train bound for Sobibor on Poland’s far Eastern border with Ukraine. Sobibor was an extermination camp, where from April 1942 to October 1943 over 170,000 Jews were murdered, normally within just three hours of their arrival.

On the train people were crammed together in conditions not fit for animals. Desperate and terrified, Abraham suffered this horrific journey for three, impossibly long, grueling days.

Finally Abraham’s train arrived at Sobibor. On disembarking, after three torturous days in near darkness, Abraham shielded his eyes from the sudden bright daylight twisting his body away from the reception committee, wild, scavenging dogs who often attacked and killed the prisoners as they staggered off the train.

Within about an hour of his arrival Abraham was forced to strip naked, humiliated and ashamed, never before having been naked in front of others. Depicted in this painting with his arms outspread, almost like Jesus on the Cross, with his hands larger than they really were to emphasize his total surrender, the absolute acknowledgement that there was no escape, that death was inevitable. In the background people are just about visible watching from behind the fence. The watch tower is shown to illustrate that there were those who knew what was about to occur, the mass murder in a gas chamber, the building shown to the right. In the bottom right corner, not visible on this copy, a gaggle of geese were painted, also of grim significance.

Jeroen knows that geese were kept at Sobibor from studying Jules Schelvis’ book ‘Sobibor: A History of a Nazi Death Camp’ ‘Shortly after starting work on the first day, the prisoner Petsjerski heard the sound of honking geese… A transport had come in and the animals were used to drown out the screaming of the victims in the gas chambers’.  Jules Schelvis

In this final painting the geese depict the guilt of the horrendous crime just committed, painted red to represent the blood of the perished. The markings on the trees are hundreds of watching eyes. The smoke from the burning furnaces are the hopeless wails of those who have just died. Although not clear here, to the left is a fence built like a ‘S’ which the prisoners had to stumble through, curved so that the actual door to the gas chamber was not visible until there were upon it…..

All nine of Jeroen Krabbé’s paintings ‘The Demise of Abraham Reiss’ can be seen at Amsterdam’s National Holocaust Museum. They are barely done justice here, the clever use of mixed styles, of different textures and use of materials such as straw and gravel to mirror the real conditions.

This story, part of theHolocaust in Amsterdam, must never be forgotten, not ever, for we can never allow such evil to happen again.

Next post Provence's spell binding village of Lourmarin in autumn

Previous Article The Holocaust of Amsterdam 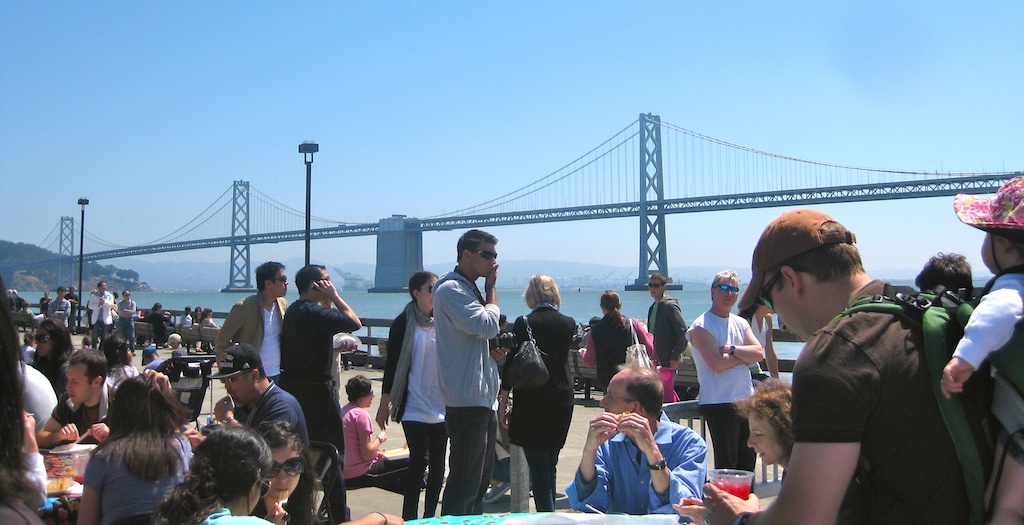