Oppède-le-Vieux, the ghost town of the Luberon!

After Ménerbes the next village on my tour is Oppède-le-Vieux, high on a rocky precipice over looking the Luberon valley. Explore its ruined ramparts and 12th century church, eerily quiet and deserted, it’s a strikingly haunting spot.

Don’t be confused by the existence of two Oppèdes, Oppède on the valley floor and Oppède-le-Vieux (the original Oppède), on the stoney strewn outcrop. The ‘new’ Oppède was built in 16th century, a more practical location to live and farm and so gradually the old village became abandoned. It experienced a tiny revival during WWII as an artist’s retreat but today is a forsaken reminder of centuries of bloody toil and turmoil as the region was tossed between its feuding rulers.

Sturdy shoes are required to negotiate the broken cobbled streets through the village, shadows hover behind every crumbling comer, a sense of the past and things that happened long ago. 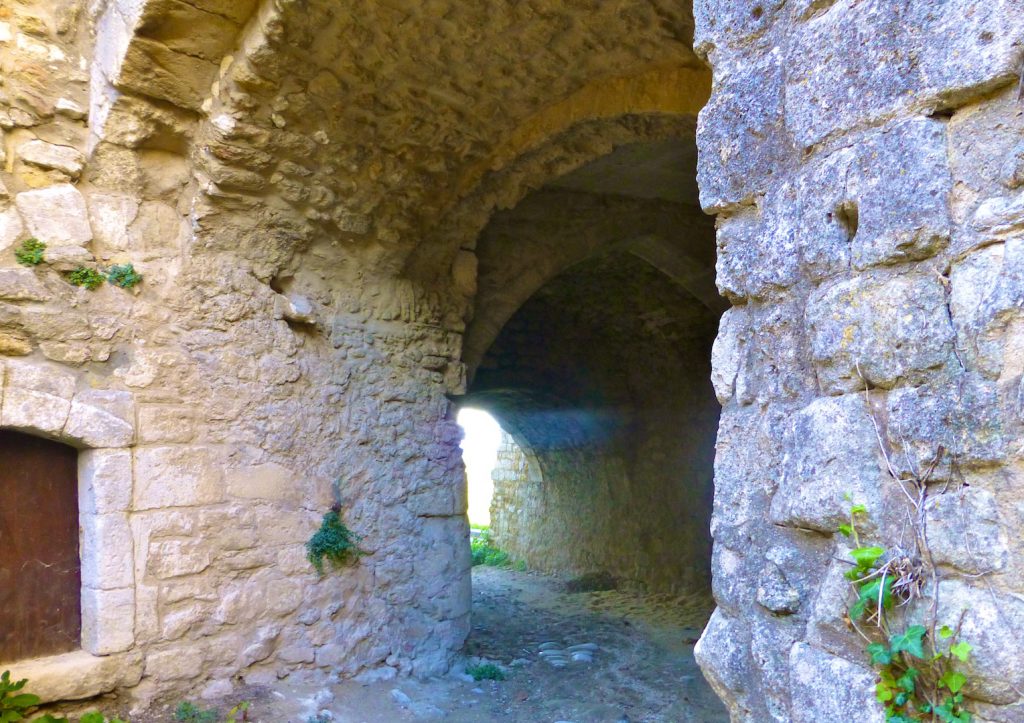 Passing the crumbling stone buildings you will eventually reach the striking, albeit largely ruined castle and the 12th century church of Notre-Dame-d’Alydon which is remarkably in tact. Outside its gargoyled, 16th century hexagonal bell-tower, a rebuild from the 13th century original and inside beautiful, though faded frescoes.

Nestling beside the church and only visible from the exterior is the castle, its few remaining turrets pointing upwards like defiant fingers below its broken rubble below. Precariously balanced but soaring into the sky, one cannot help but stand and marvel in awe at the skill of a generation, who built such magnificence without the assistance of modern tools and mechanisation. How difficult their daily lives must have been in such an inaccessible spot.

Far below on the opposite side of the perilous gorges where the castle clings, it is easy to understand why there are two Oppèdes. Why the original site died and its younger sister thrived. 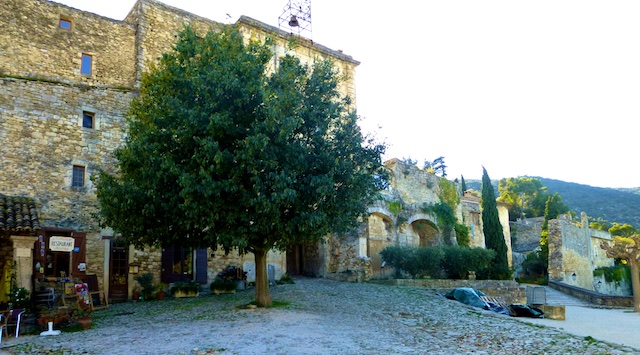 From Ménerbes, via Domaine Citadelle and the Cokscrew museum.

Next time we’ll continue on to Gordes, probably the most magnificent of the Luberon’s ‘villages-perchés’!

Download the printable The Lourmarin Travel Guide for further information about The Luberon.

Next post Gordes, the Luberon's most splendid perched village

Lourmarin, what to do as winter approaches in Provence 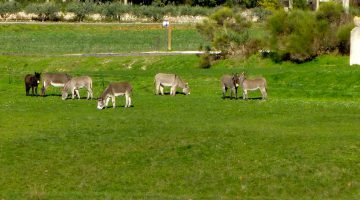