Most visitors to Provence and indeed much of the Mediterranean, are usually entranced by the charming features of the local architecture, especially in the countryside. It interesting to learn that much of the construction in Provence, actually, has very little to do with the much admired aesthetics, and much more to do with the practical requirements of needing to withstand the fierce gusts of the Mistral wind and the relentless summer heat.

We can certainly testify to the strength and biting cold of the Mistral in Provence. It is a wind like no other and quite understandable that buildings over the centuries have been designed to try to cope with its brutal force. The Mistral usually develops as a cold front moving from the north, down through France. Air piles up in the Alps before spilling over the mountain tops and rushing as a freezing blast, down the Rhone Valley between the Alps and Cevennes. The Mistral can blow continuously for several days and reach speeds of over 100km, (62 miles) it’s power, is really quite unbelievable. Although strongest and most frequent in winter it can still cause much misery well into spring! It is however usually accompanied by clear, fresh weather and it plays a very significant role in creating Provence’s otherwise sublime, climate. The name ‘mistral’ is aptly derived in part from the Languedoc dialect meaning ‘masterly’.
So how has the Mistral impacted construction in Provence? Farmhouses, or ‘mas’, have traditionally been built from locally available materials. The golden stone walls, sometimes cemented together or else rendered smooth with plaster. They are designed to be strong and compact, retaining warmth in the winter and keep buildings cool in the summer. 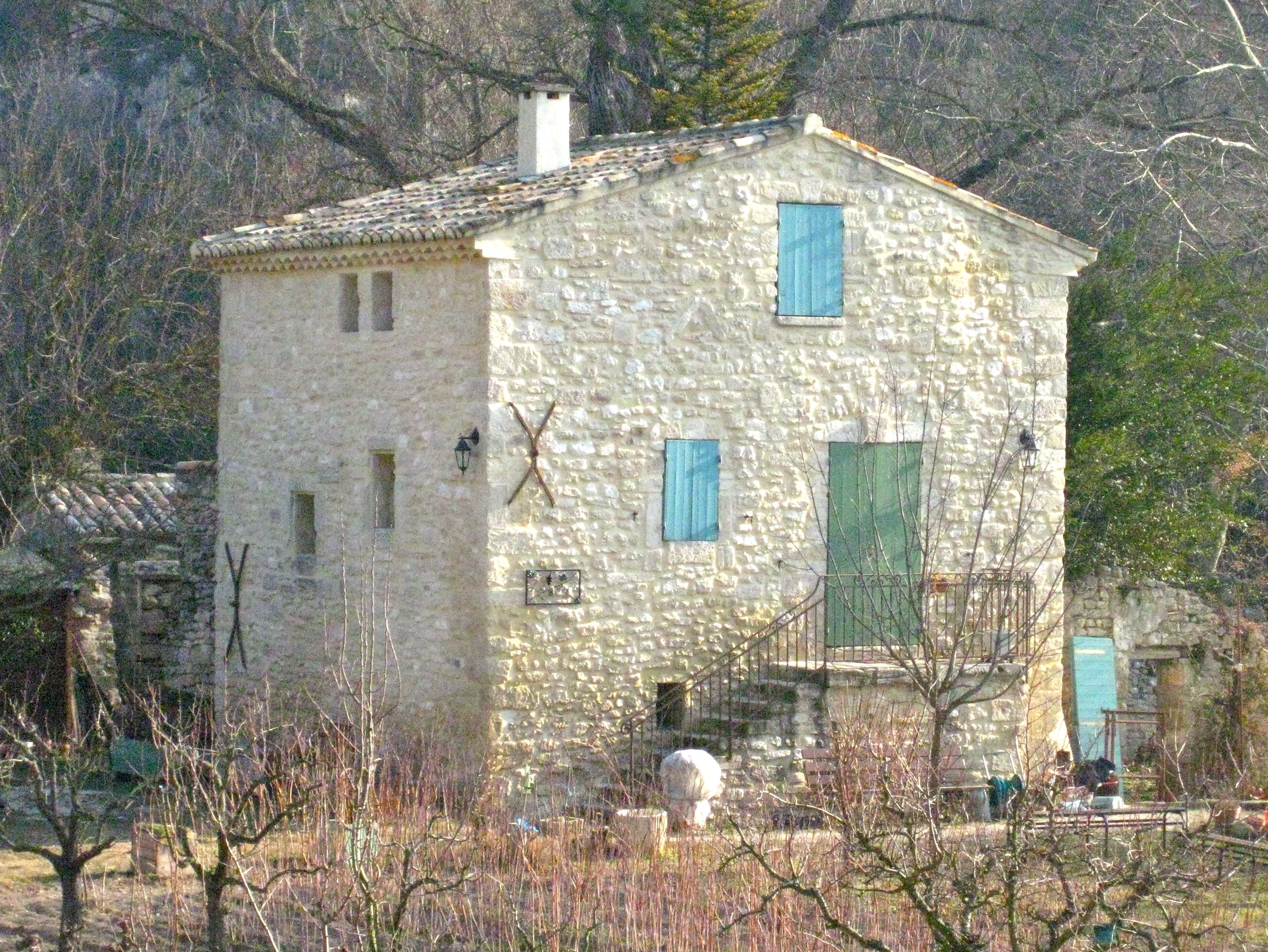 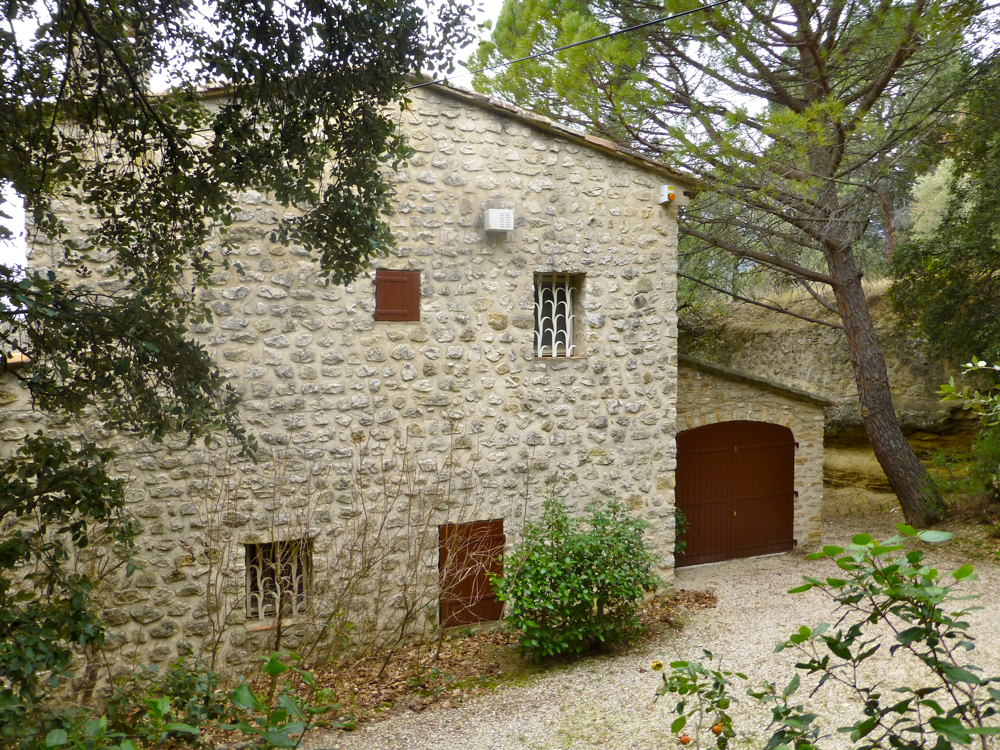 The distinctive clay tiled roofs are made of thick, red curved,terracotta. 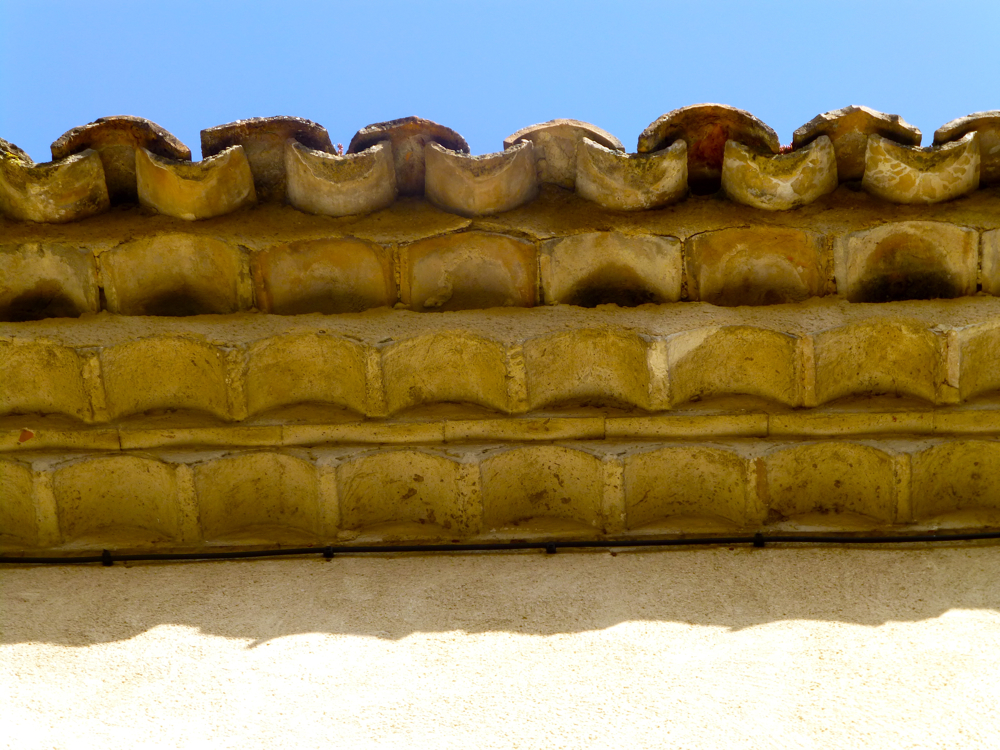 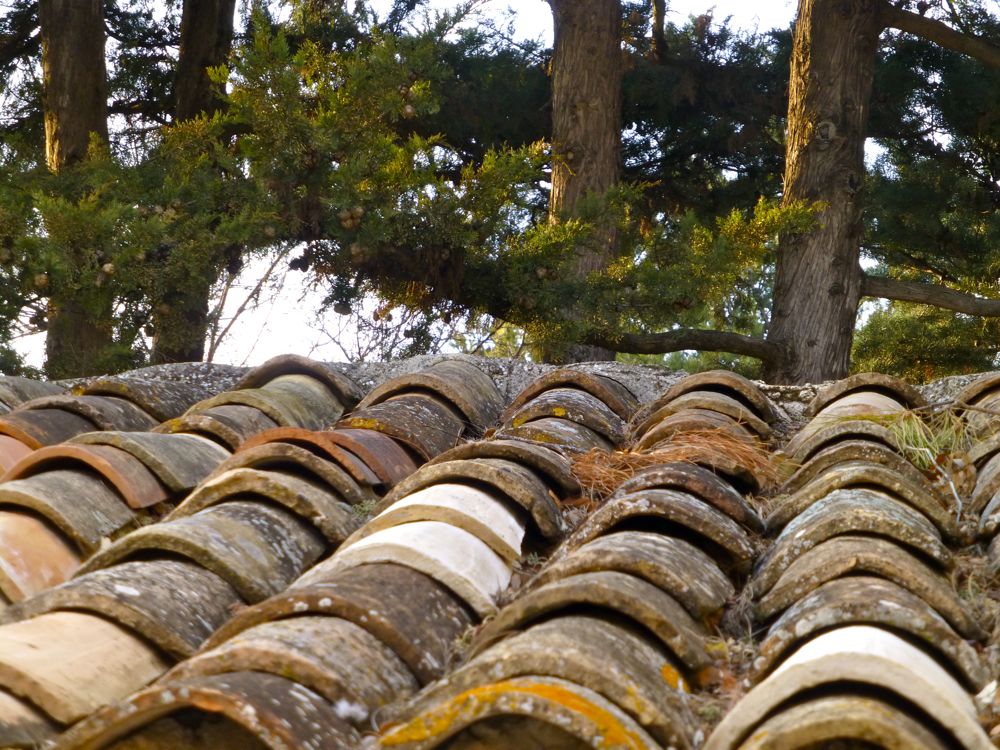 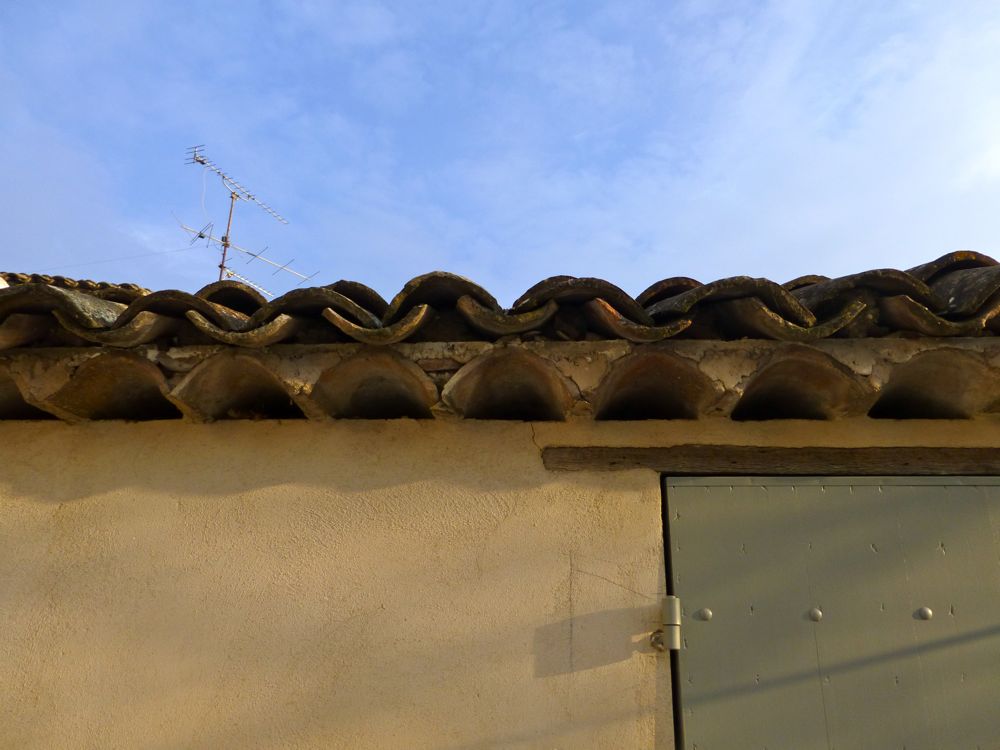 They are often laid in a double or triple layer, set in mortar and protrude out beyond the wall to cover the main living areas and annexes.  Their interlocking design forms canals to allow rainwater to run down and drain off the roof. The decorative frieze seen under the eaves dates back to the Roman’s (Genoise).
Roofs normally have gentle slopes to prevent tiles sliding or blowing off in the Mistral. Protruding stone chimneys are built low and squat to also prevent being damaged by the winds. 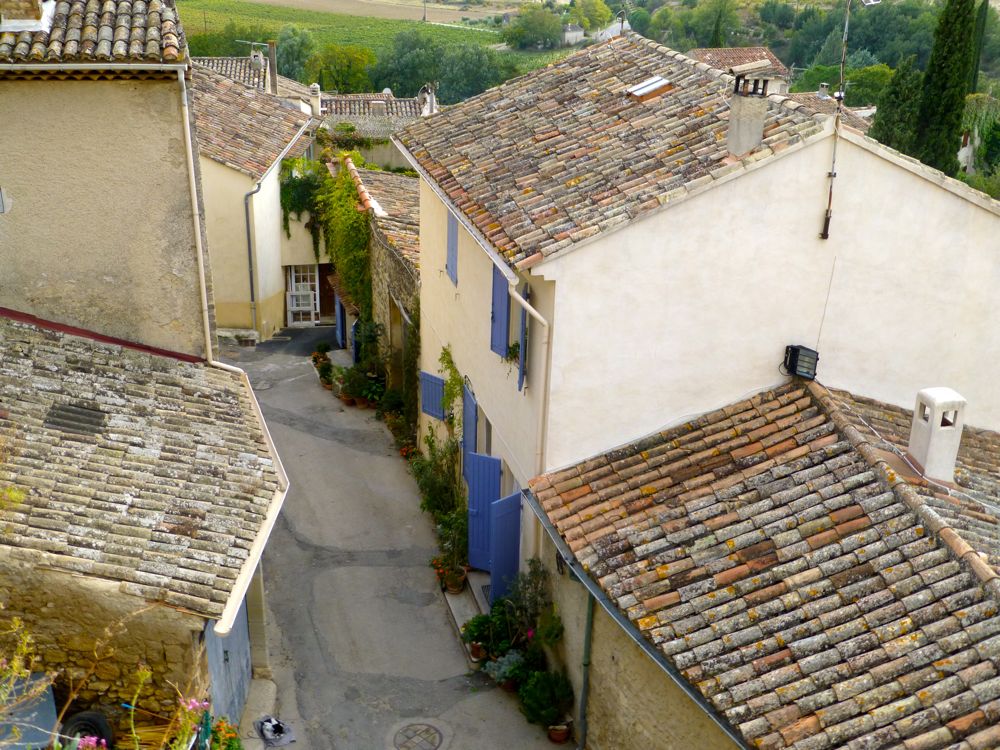 When you look at the local buildings, they are nearly always purposefully, southeast facing to minimize the Mistral’s impact. For the same reason, windows are rarely added on the north walls to avoid the Mistral’s icy chill. Windows are deliberately small to prevent the wind coming in but large enough to allow in sufficient light. The distinctive shutters also originate from the need to shut out both the wind in winter and the heat in summer. 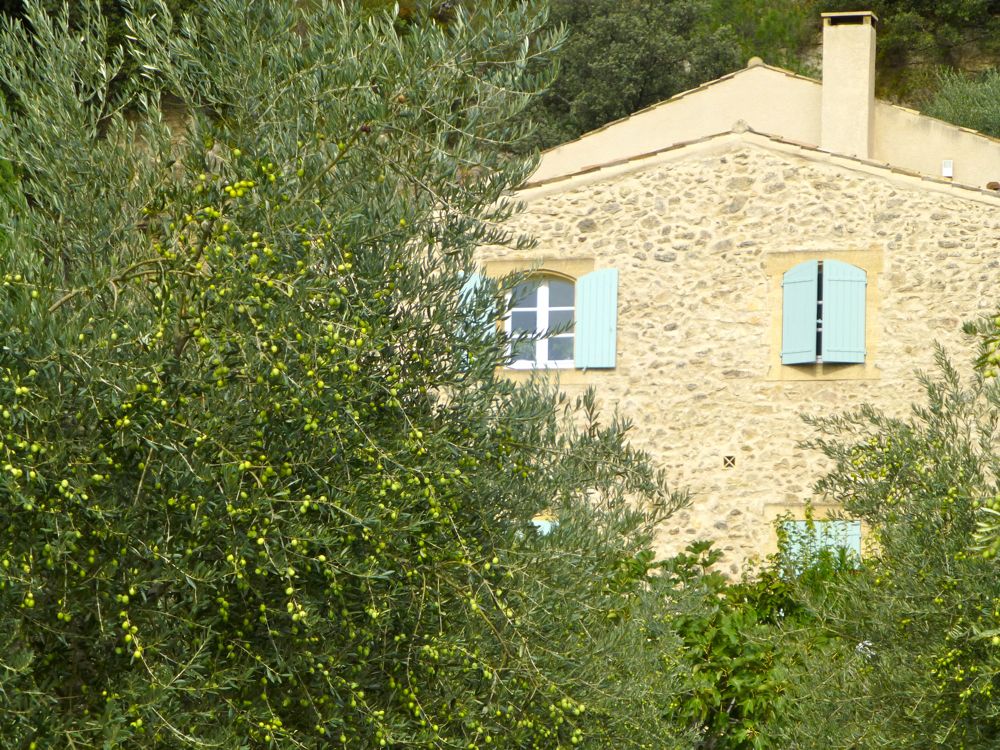 In the numerous medieval towns and perched villages, a huddle of cobbled streets, steps, alleys and archways, it is very striking how narrow the tiny streets are. This too was deliberate, to make them easier to protect and confuse attacking soldiers. Today they remain as peaceful and quaint, reminders perhaps of more turbulent times. 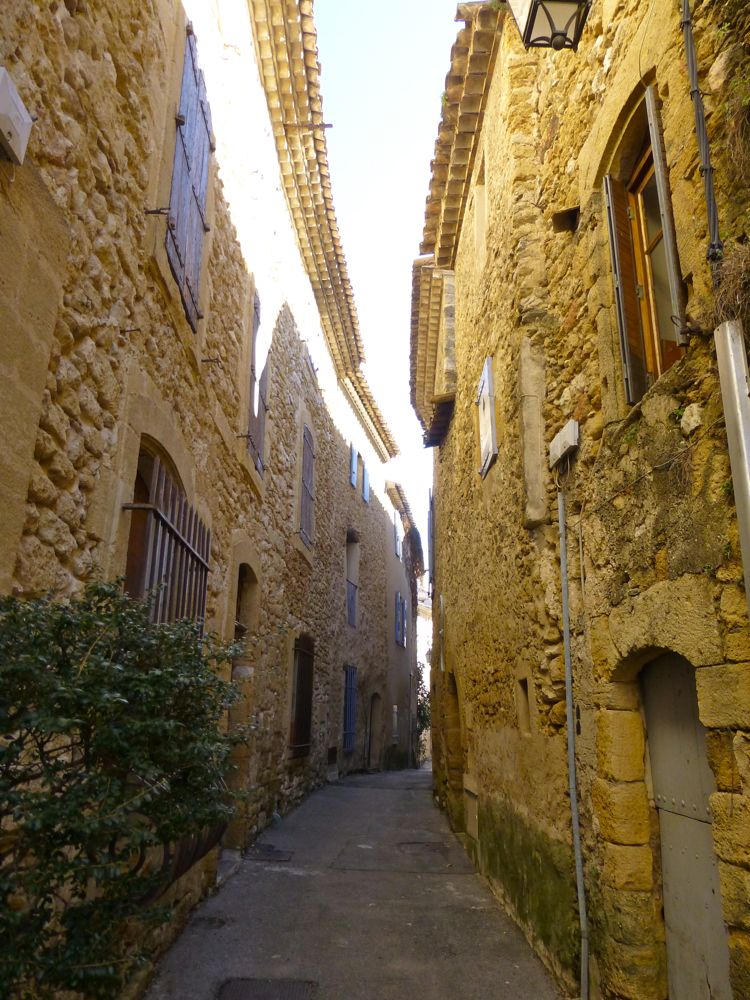 The overall effect of all these architectural features helps Provence to remain an idyllic spot, set within its dramatic landscape, mountains falling down into the sea, communities still clinging to desolate hill tops, and an abundant countryside, overflowing with vineyards, fruit trees, olive groves, lavender and sunflowers, it is totally captivating!

Download The Lourmarin Travel Guide and the surrounding area of The Luberon
Do let me know your recommendations ! 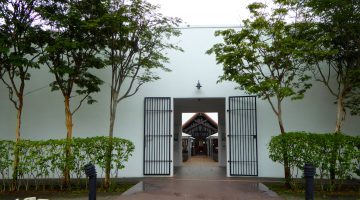