‘The Sound of Music’ is arguably one of the most beloved musicals of all time, certainly one of mine! It is based on the true story of the Von Trapp family in Salzburg, Austria during the rise of Nazi Europe. For over 35 years it has been possible to tour many of the locations where this movie was filmed in 1964. We took this Panorama excursion with some misgivings but it proved to be a wonderful history lesson of the Salzburg area and an opportunity to visit some of the breathtaking scenery which had inspired the writers of the film. As those legendary songs warmed my heart for the millionth time I felt compelled to share what I had learned and the real story of this charming and talented family.

Maria Augusta Kutschera was born on a train headed for the hospital in Vienna on January 26th 1905. By the age of seven she had been tragically orphaned, she suffered a strict and lonely upbringing with her father’s elderly, atheist, cousin and was discouraged to have any religious convictions. She was a bright girl and developed a great love of music. However, during a Bach concert in the college where was she training to be a teacher, a chance meeting with a Jesuit Priest changed her views forever. Once she had qualified as a teacher she entered Nonnberg Abbey, a Benedictine monastery in Salzburg, as a postulant intending to become a nun.
Nonnberg Abbey, Salzburg 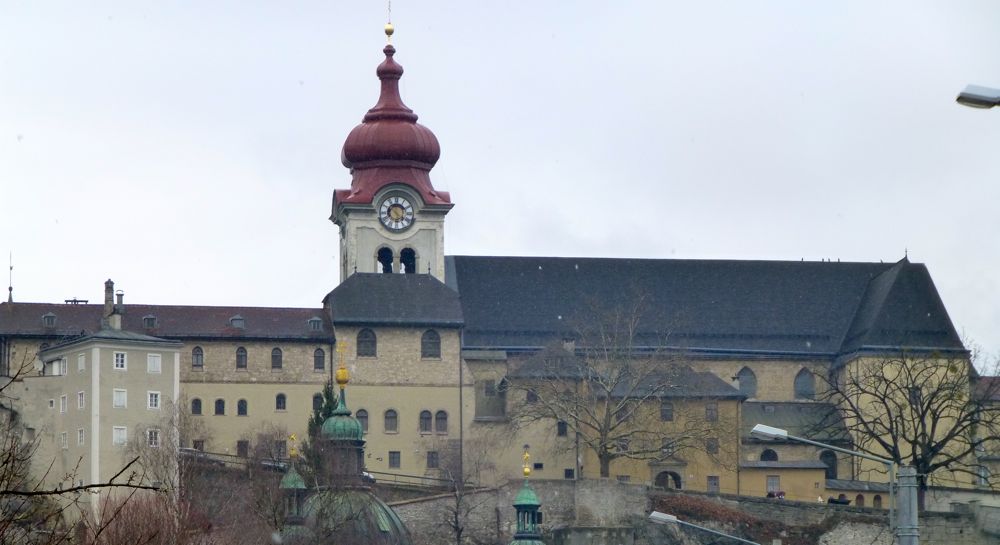 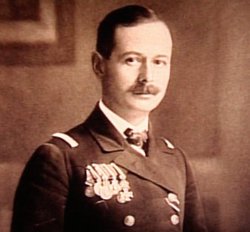 Meanwhile, true to the film, Georg Von Trapp, a retired Austrian Navy Captain and national hero from World War I (Austria had owned Croatia up until WWI, where their navy had been based) had been left a widower with 7 children, after his wife had died of scarlet fever in 1922. The devastated family had moved to Salzburg to try to begin a new life. When one of his daughters fell ill, he appealed to the Nonnberg Convent for help and they sent Maria. So unlike the film’s portrayal, Maria’s position was not as a governess to all the children but just to Georg’s bedridden daughter.
Leopoldskron Palace, shown at the top of the page  ~ some exterior scenes were filmed here but being owned by a wealthy Jewish family and it being so close to the end of World War II, nothing was filmed inside, although permission was given for the interior to be photographed and to recreated in Hollywood.

The second house where exterior shots were filmed, eg: pushing the car to flee the Nazis 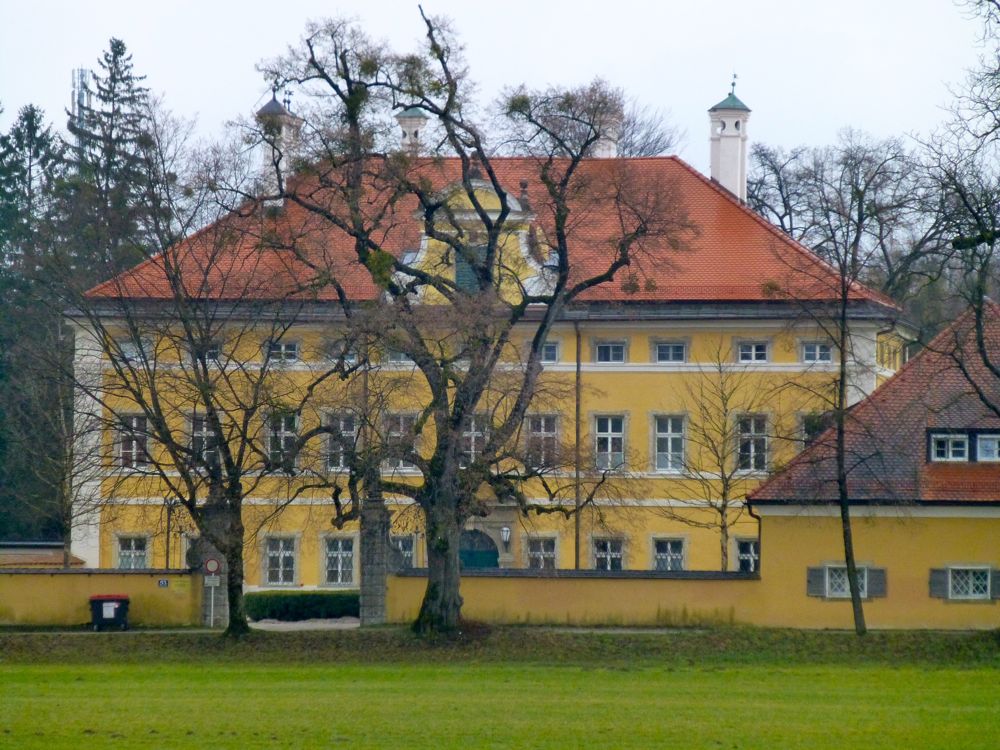 The real Maria, just as in the film, fell in love with the children, although unlike in the film they were already musical, Maria enhanced their skills by teaching them to sing madrigals.
The ‘I am 16…’ Pavillion ~ originally in the garden of the Leopoldskron Palace, now in the grounds of Hellbrunn Palace. In the film, the actual dance was performed on a set, although this pavillion was used for the exteriors. 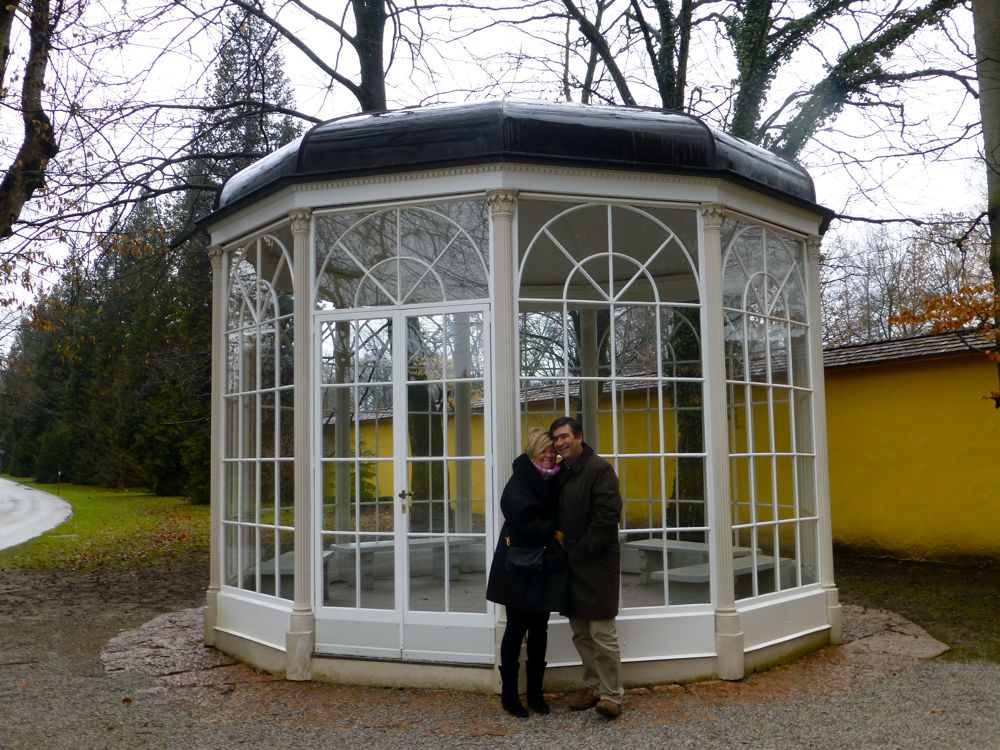 The real Maria was not initially in love with Georg, but wishing to escape convent life she agreed to marry him in 1927 and in fact grew to love him very dearly. They were married in Nonnberg Abbey in Salzburg. In the film version their Wedding was not allowed to be shot at the Abbey so was filmed in St Michael’s Church, Mondsee. Mondsee, east of Salzberg is in Austria’s stunning Lake District which also inspired the title of the film and much of the music.
St Michael’s Church, Mondsee. 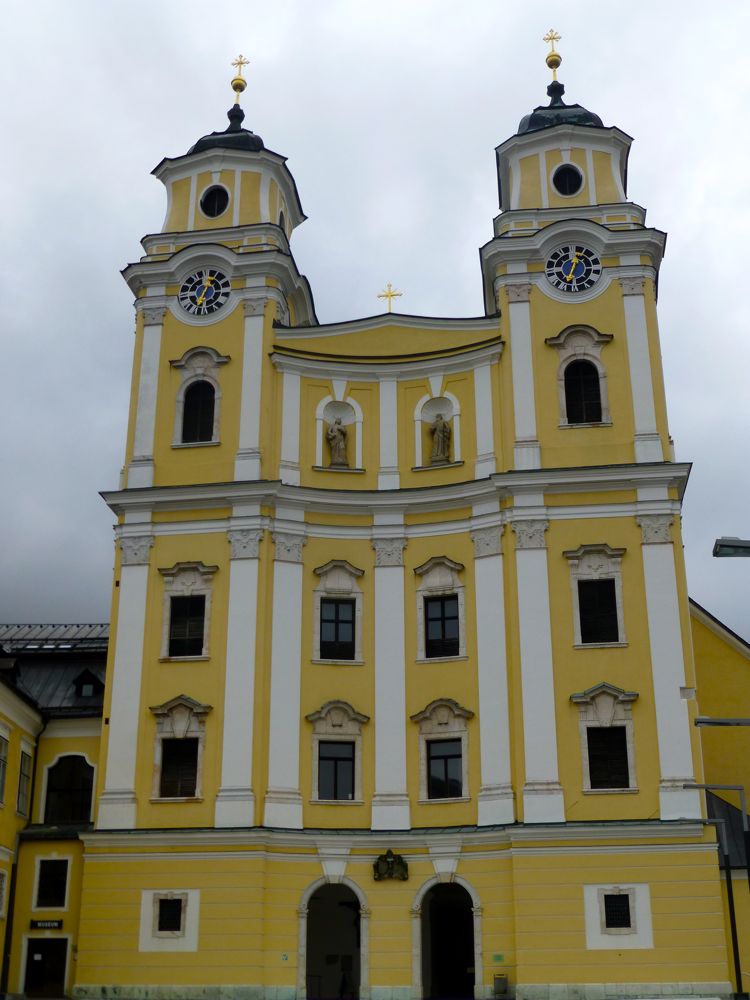 Georg and Maria went on to have 3 children together and were very happy. Married ten years earlier than the film depicts, they did not immediately flee Austria from the Nazis but attempted to make a living singing throughout Europe. Although Georg had been left a very wealthy man by his first wife, (whose father, Robert Whitehead, had invented the torpedo) by 1935 he had lost most of his money in the depression. Following a chance meeting with Hitler, Georg was offered a position in the Nazis’ navy. However just as in the film, Georg abhorred the Nazis, so the family fled Austria to make a new life in USA singing. They eventually settled in Stowe, Vermont, where they continued to tour as a musical group eventually establishing an Austrian style lodge Trapp Family Lodge. still in existence today.
Maria wrote her story  The Story of the Trapp Family Singers  in 1949 which was first made into a German film in 1956 Die Trapp-Famille. The film was a success although never shown in USA. Unfortunately Maria had been persuaded to sell her rights to her story, for about $10,000 when this film was made so she never received any income from the Sound of Music.

After the Sound of Music won 5 Oscars, Maria was paid a nominal token of about $9000, so despite the millions the film generated the family’s financial difficulties continued. However, the Von Trapps held no serious animosity against the Sound of Music. The children, whose names were all changed in the film, were sad that their father had initially been portrayed as a cold-hearted patriarch, when in fact he loved singing and was a very warm-hearted and loving father. They also felt the film trivialized their singing for in reality they were more serious.

The Real Von Trapp Family Singers Maria did meet Julie Andrews and all the children met their Sound of Music siblings in a 1998 reunion. Maria von Trapp died on March 28 1987 and was interred in the family cemetery at the Trapp Family Lodge.  It is very sad that the real family were unable to reap any finanacial reward from The Sound of Music, especially given its enduring, global success and popularity. At the time of the Berlin Wall, it was the only foreign movie allowed to be shown in Russia.

Even if it does stray a little from reality, it’s stunning scenery, beautiful music and heart warming story have made it a much loved family favourite for generations to come.

Next post Salzburg, Mozart, sounds of music and salt! 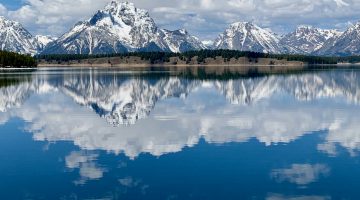