Throughout the Luberon region the landscape is peppered with fields of small, round shaped lavender bushes which for almost nine months of the year lie dormant like sleeping hedgehogs. In the spring they begin to sprout and from about the middle of June their fragrant flowers burst into bloom, fanning their purple fronds along the arid ridges of Provence as they have for centuries. 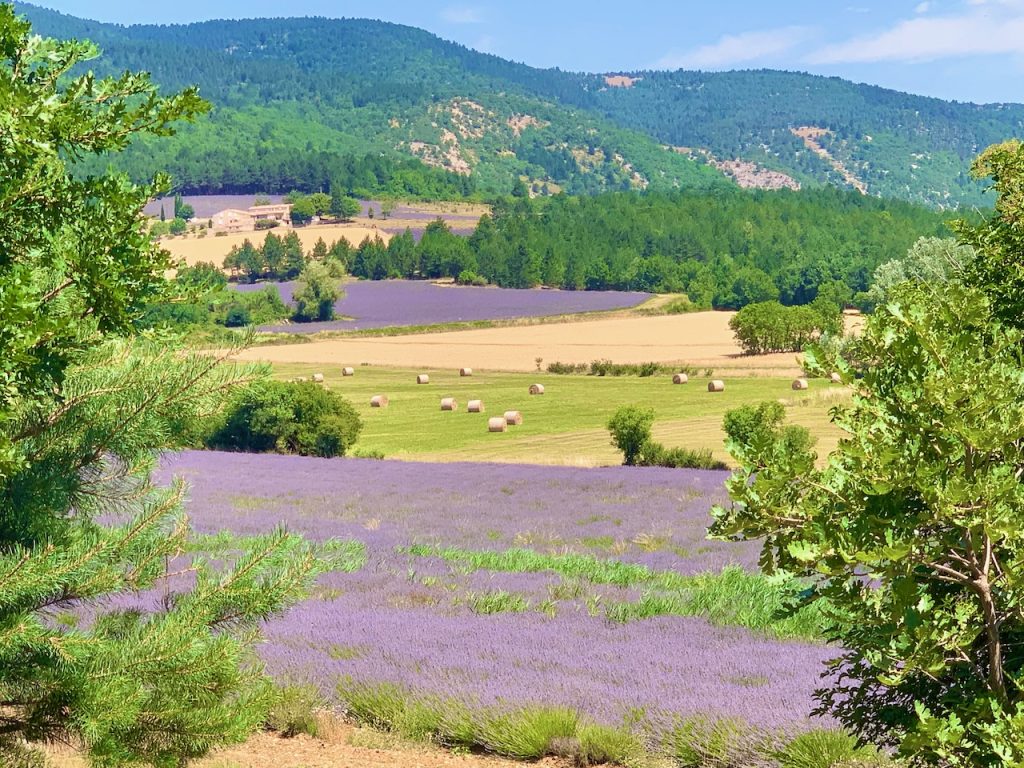 The fields of Provence become splashed with soft shades of violet and lilac as an unseen paintbrush strokes the earth with color. Framed by a backdrop of rich, velvet green from the surrounding hills, with its vineyards, pine trees, orchards and olive groves, the stage is set for this annual symphony of the senses. 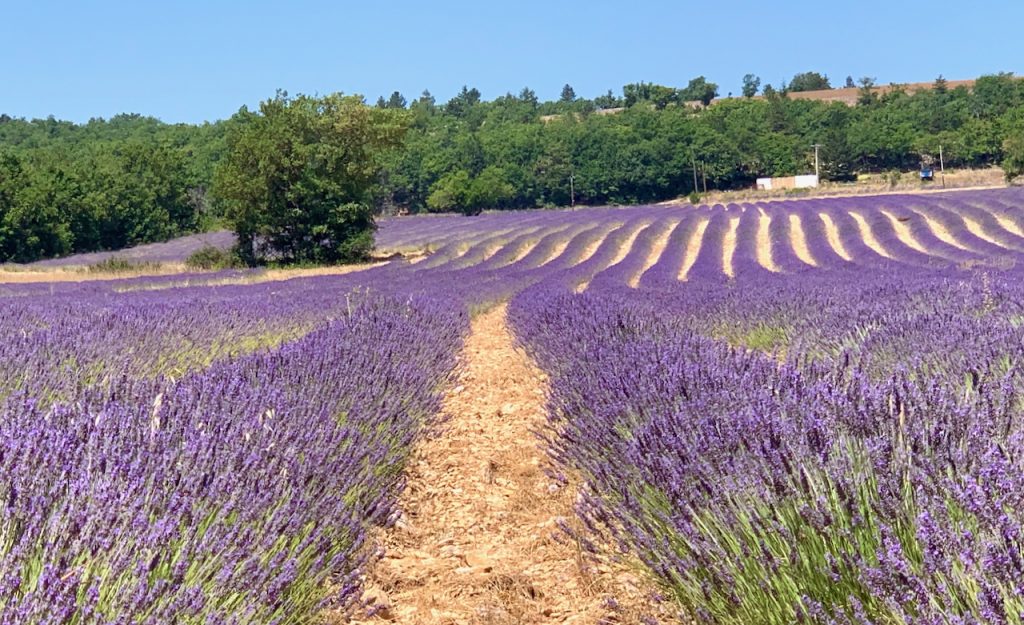 The lavender from Sault in the Luberon

Nowhere is the lavender more spectacular in the Luberon hills than in the fields around Sault, about an hour north of Lourmarin. The drive up through the hills and undulating plateaus of the Luberon is spectacular with breathtaking views of Mont Ventoux. 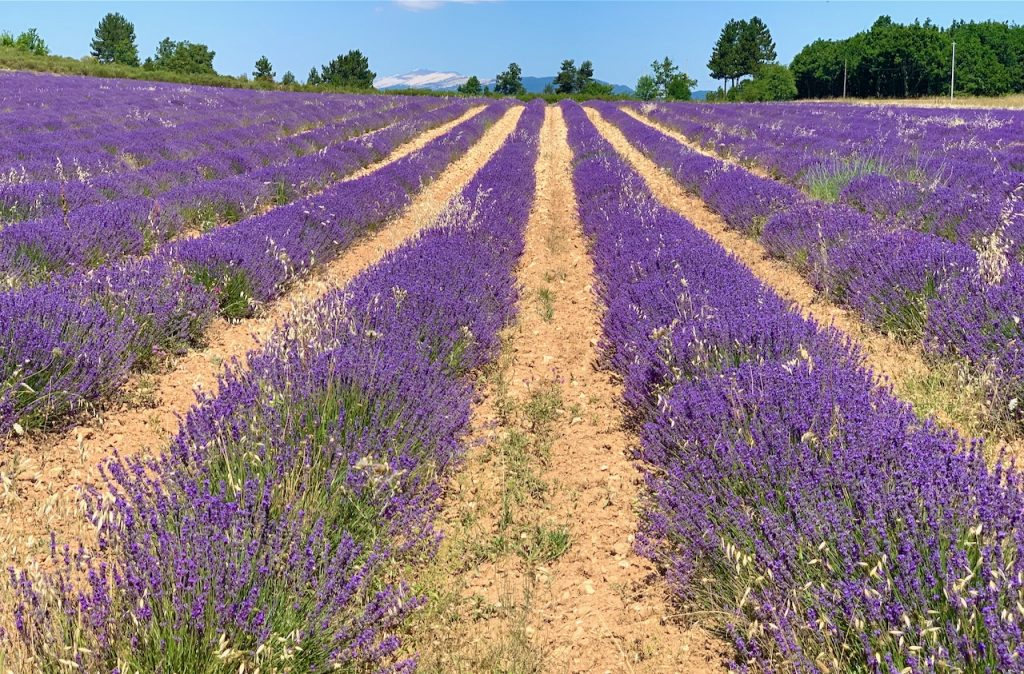 Famous for being one of the toughest climbs in Le Tour de France, Mont Vent0ux is a dramatic, 1,909 m (6,263 ft) high peak which dominates the Luberon skyline. It looks particularly splendid at this time of year with a skirt of ribboned lavender at its feet. 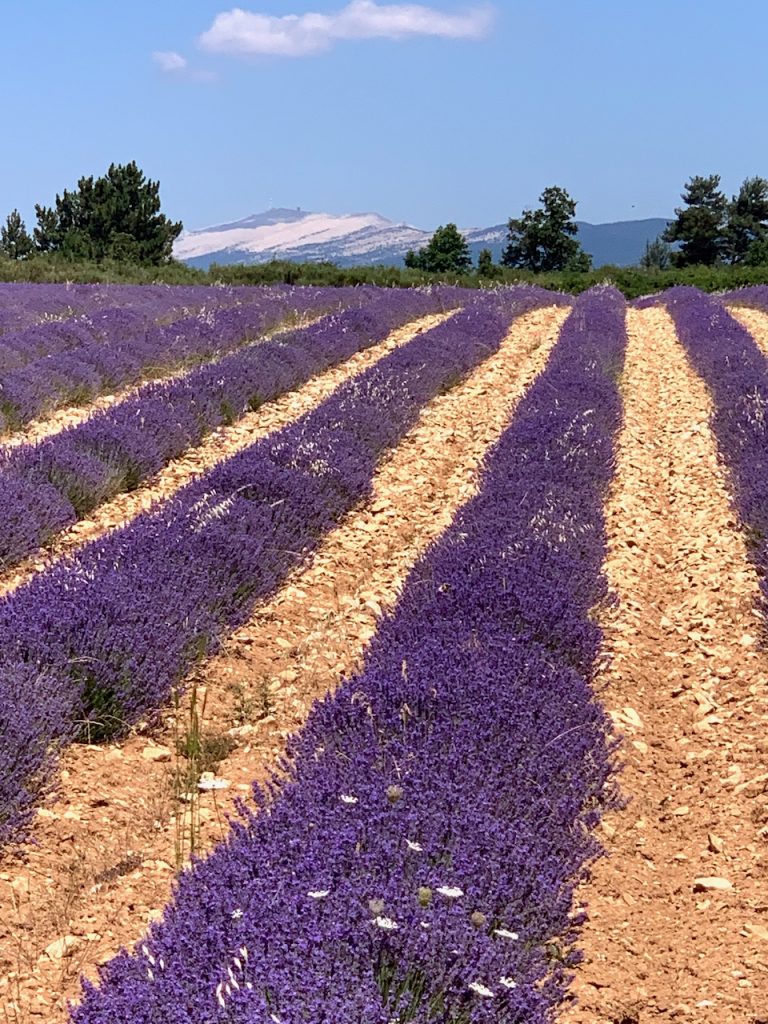 The picturesque little town of Sault sits high on a ridge, from mid June to the end of August the fields in the valley below are resplendent with lavender. 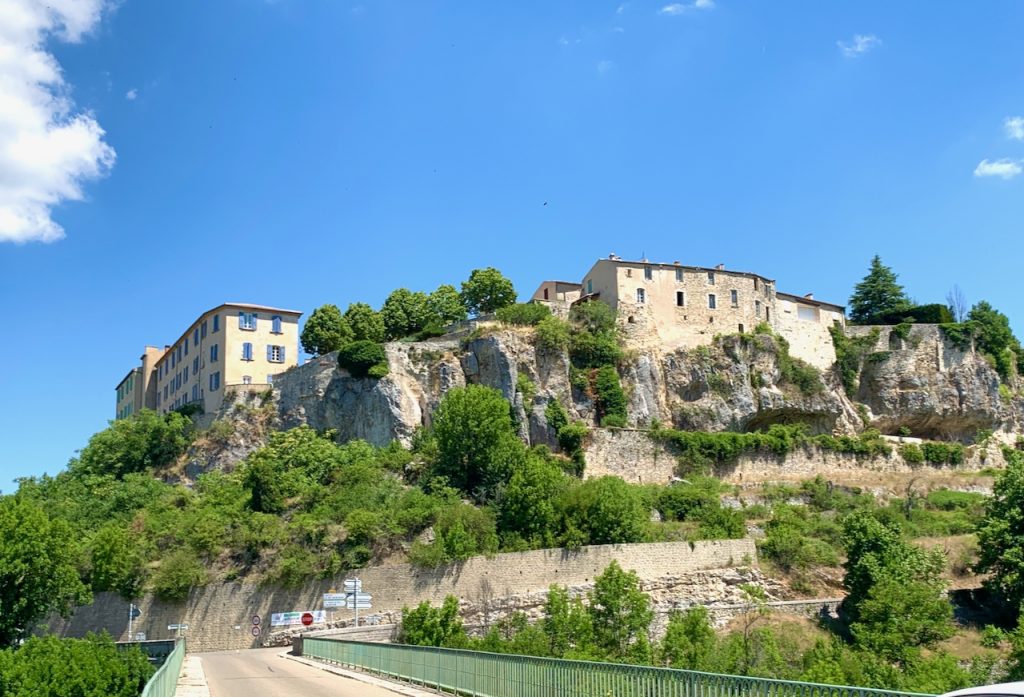 Every summer people flock to see the lavender and Sault’s pretty streets and squares bustle with visitors. 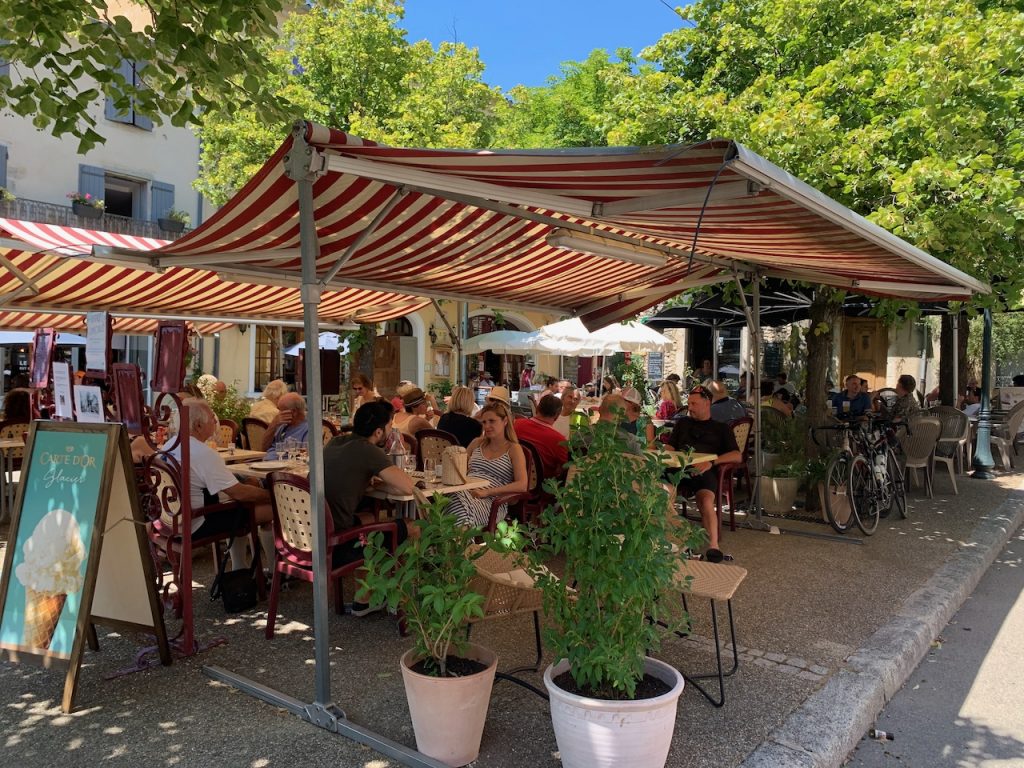 No more so than in August during The Sault Lavender Festival which for the last 35 years has celebrated these fragrant jewels carpeting the fields at this time of year. 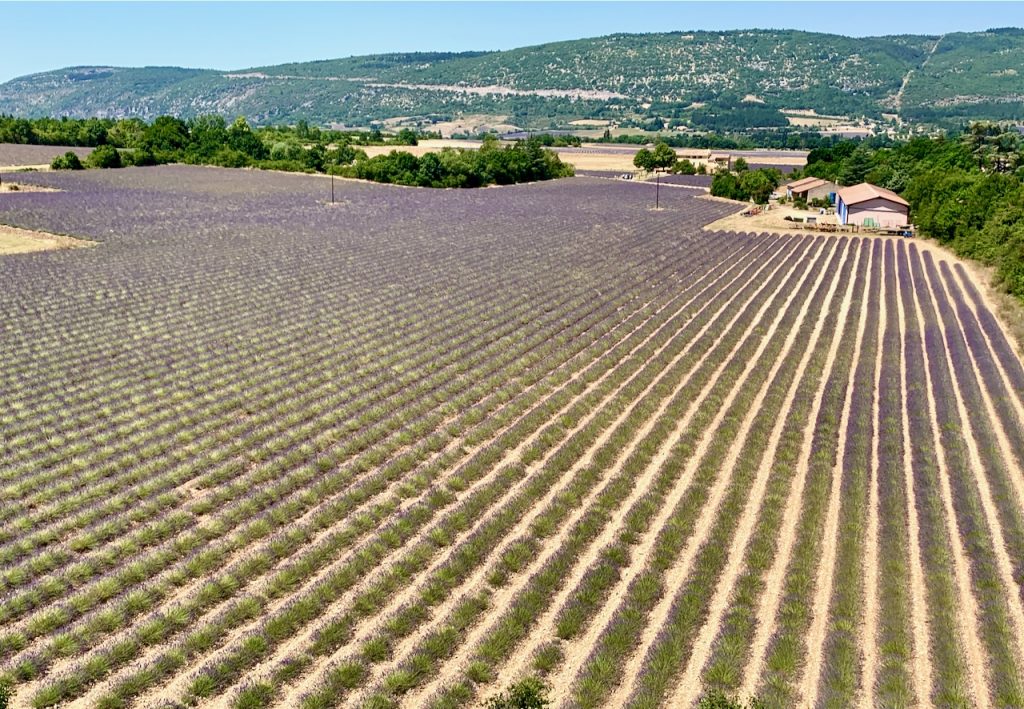 There are over thirty lavender species and hundreds of varietals. In this region of Provence, most lavender associated businesses grow the hybrid, lavendine. Lavendine is grown at lower altitudes than lavender at around 500-700m. (1650-2300 feet). It is tended with great expertise and surrounded by trees and fields, without pesticides. 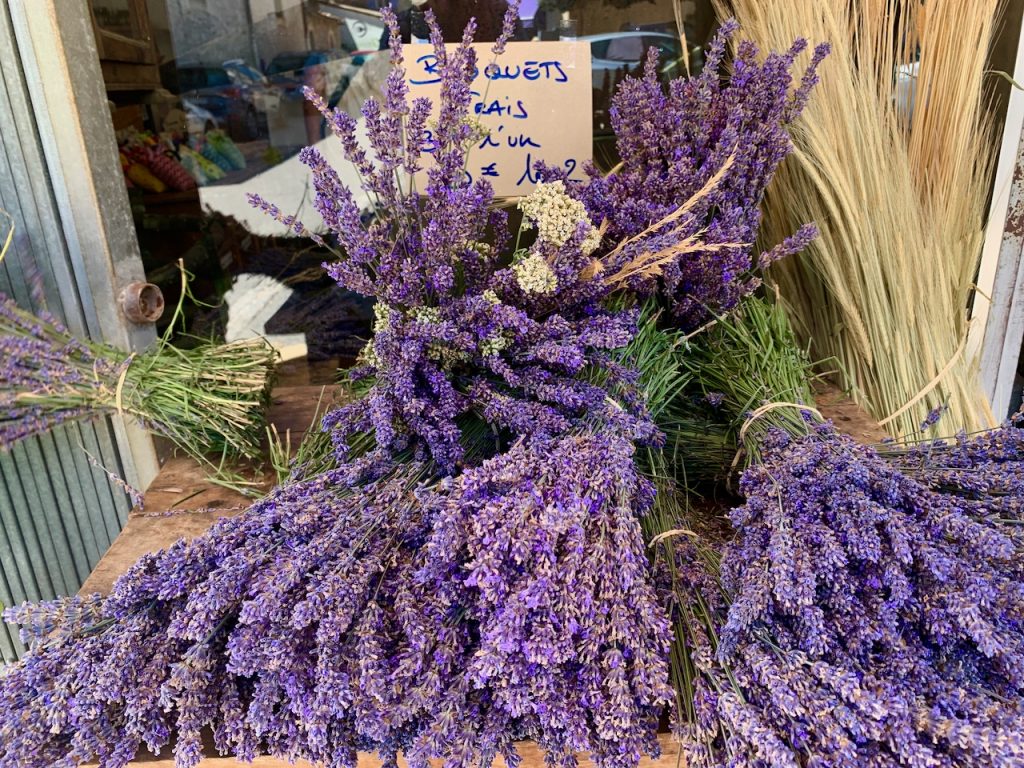 Lavendine blooms at the end of June and to ensure it’s not overexposed to the sun is harvested from mid July to August. 40kg (89Ilbs) of flowers are needed to provide one litre (2.2Ilbs) of essential lavendine oil. When we were there in mid July the harvest had already begun. 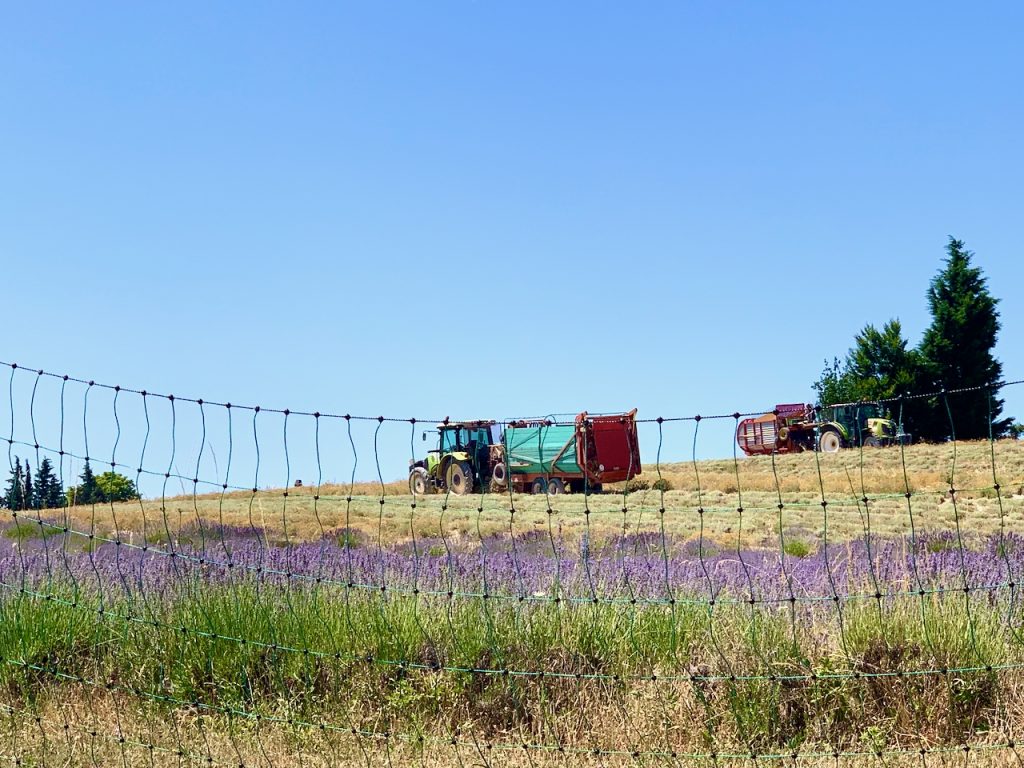 THE STORY OF LAVENDER

Lavender has been used for medicinal purposes for centuries. Both the Greeks and the Romans recognized its’ healing properties and the Bible refers to it as ‘spikenard’ used to wash the feet of Jesus. Lavender was first used medicinally in France in the 11th century, initially in Montpellier, 160km (100 miles) from Lourmarin. In 16th century England, Queen Elizabeth I insisted on having fresh lavender throughout her residences and in the 17th century it was used as a remedy for the Great Plague in London. During the Victorian era lavender became extremely popular both in gardens and perfumed products. 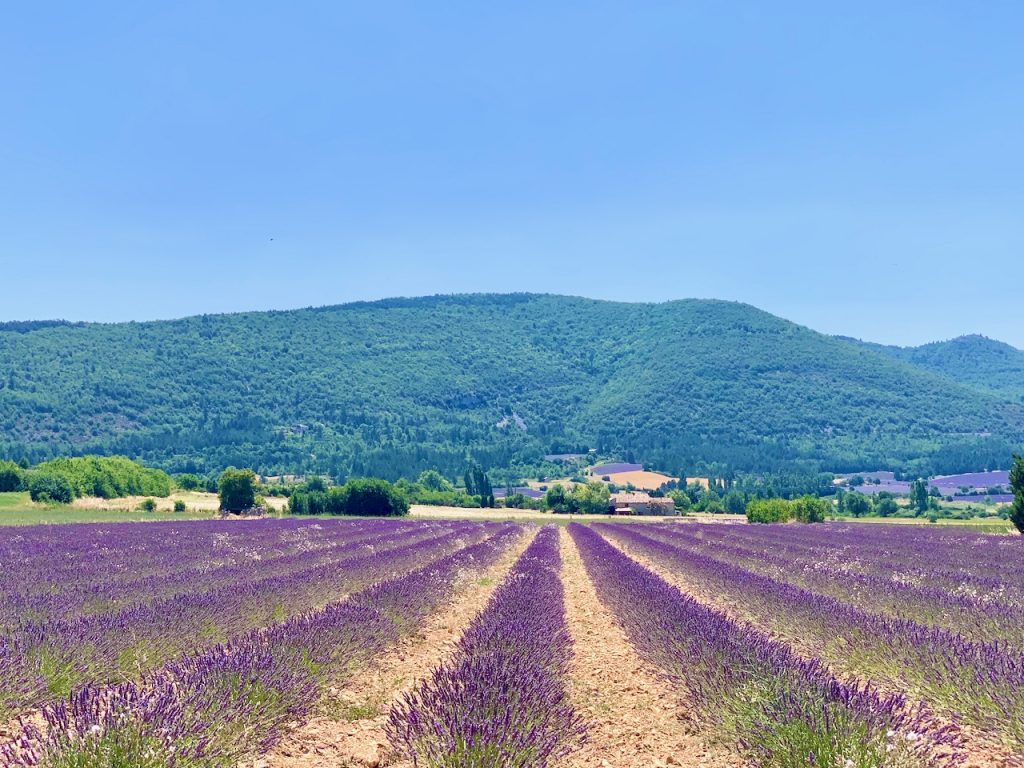 Often called the ‘blue gold’ by perfume manufacturers, the story of lavender as a perfume, began in Grasse, 200 km (125 miles) from Lourmarin, in the Provencal hills above The French Riviera. In the 12th century, rather than perfume, Grasse was a center for the leather-tanning industry, and its’ leather gloves were coveted by the nobility of Europe. These gloves were softened by being soaked in urine, the smell was obviously not pleasant but a local tanner resolved the problem by using a scent of rose water and spices to overcome the aroma. When Catherine de Medici, (Queen of France by marriage to King Henry II from 1547 until 1559), was presented with a pair of these scented gloves she was enchanted. Shortly afterwards, the rare scents from around Grasse, myrtle, jasmine, rose, orange blossom wild mimosa and of course lavender began to be captured and bottled. And so began Grasse’s perfume legacy eventually establishing it as the perfume capital of the world. 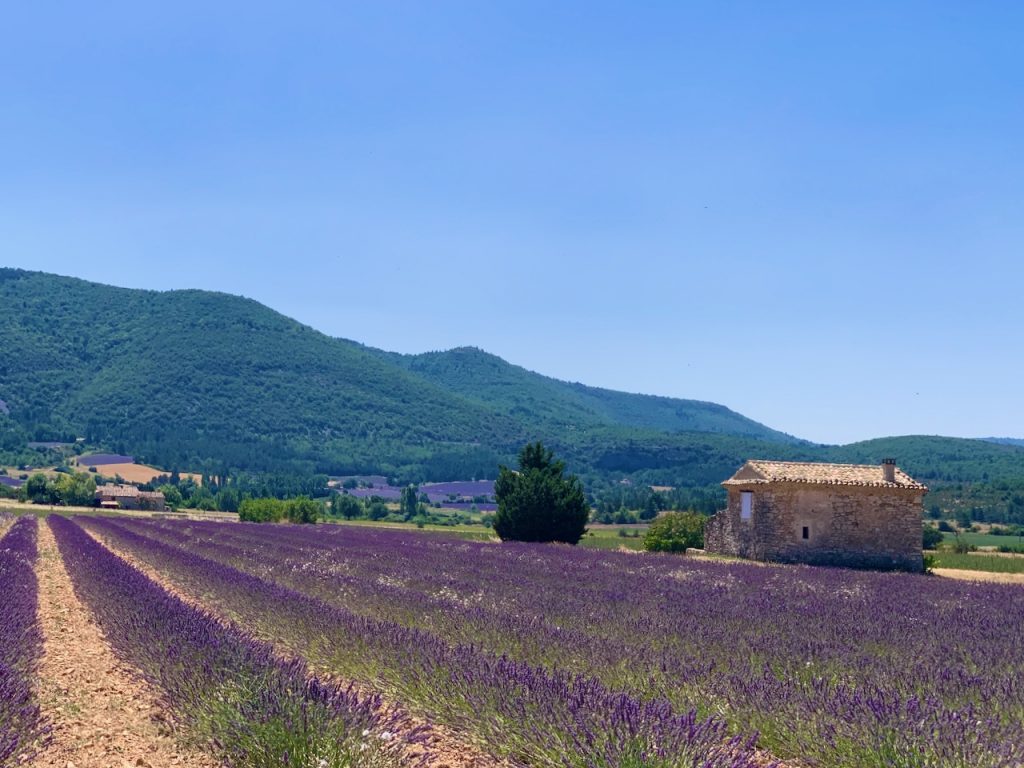 The Provençals are quite rightly very proud of their way of life and their traditions which often pay tribute to the bounty of the land in this beautiful region they live. Customs have been handed down through the generations, ones they still love to celebrate. The local lavender legacy is one of these and each year Apt is one of the Luberon towns that hosts a lavender festival. 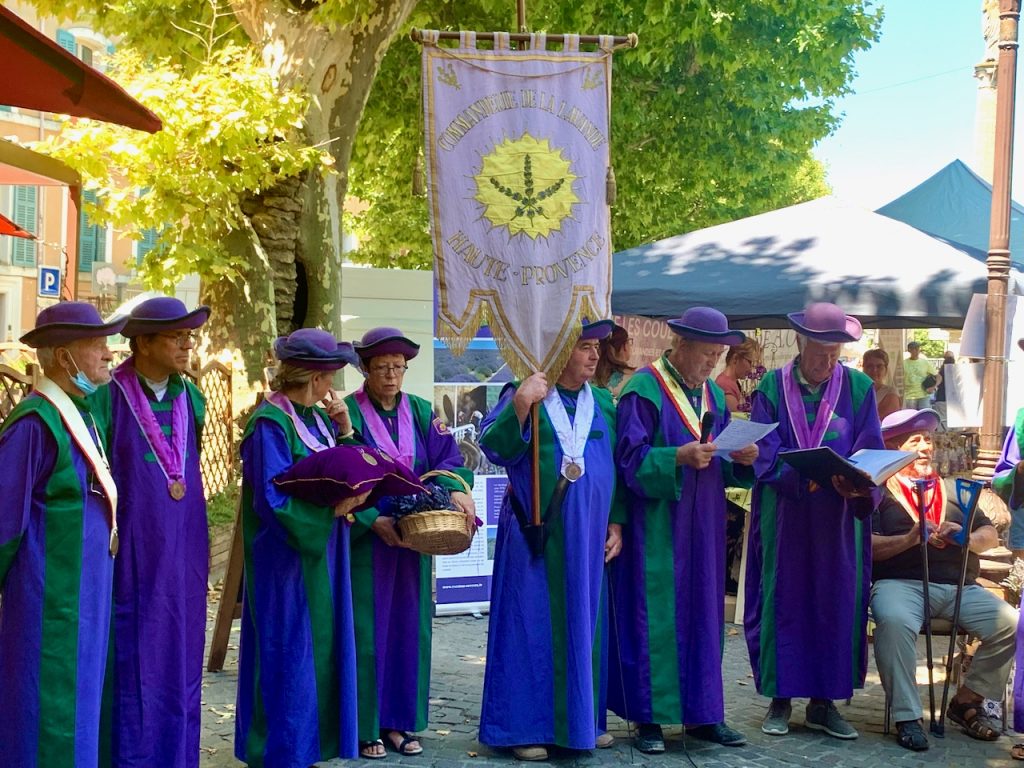 Lavender products are for sale, 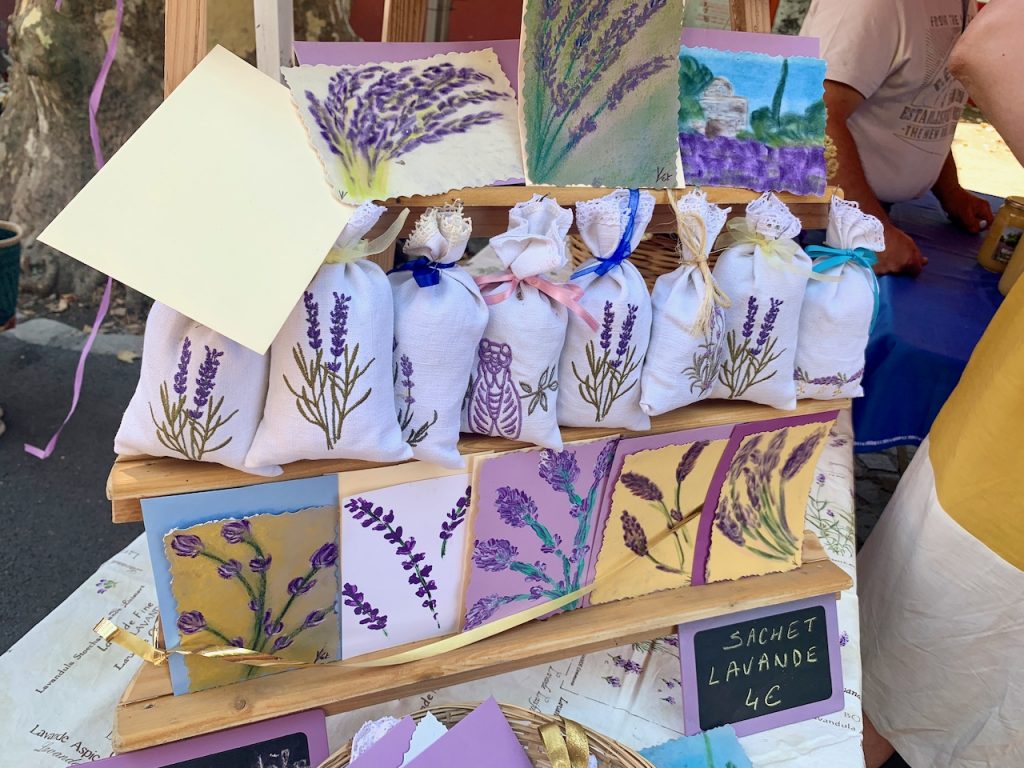 and the farm machinery which harvests the lavender is proudly displayed, both old 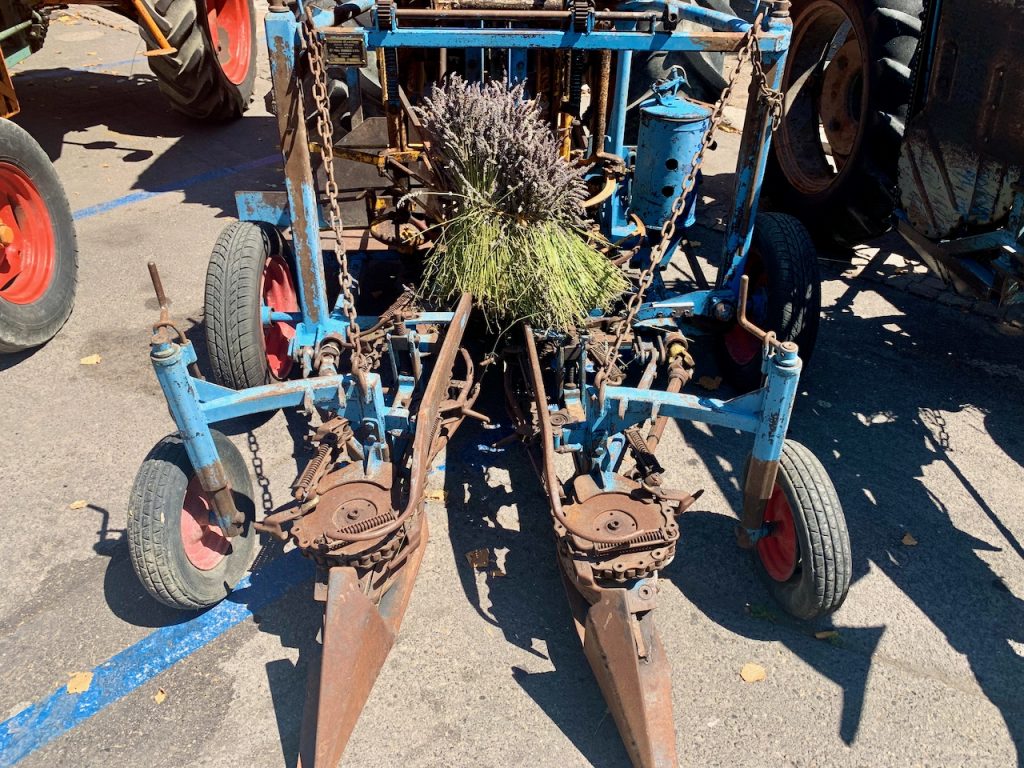 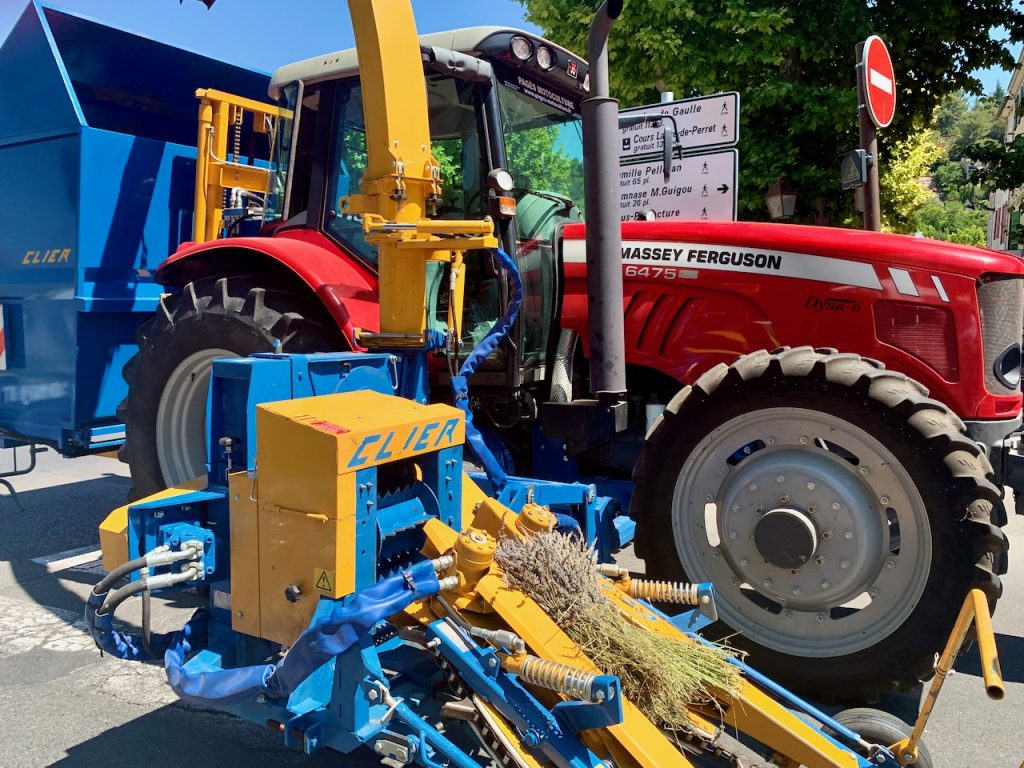 Distilleries are brought into town and their beaming operators patiently explain how the lavender is distilled. 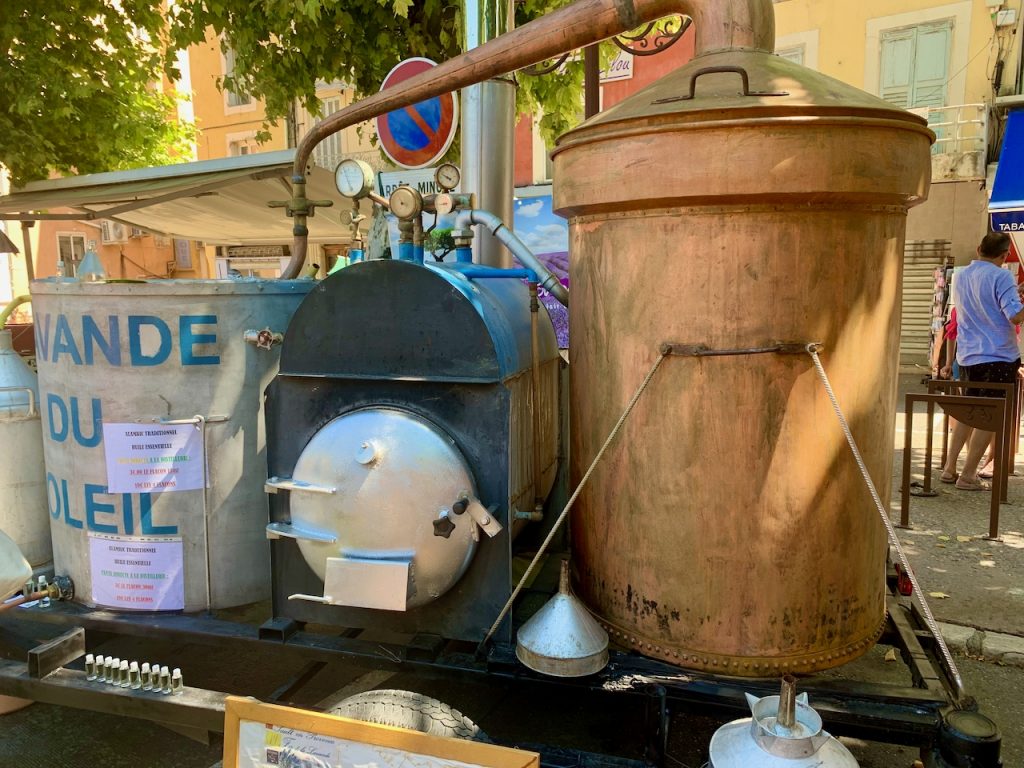 Hugh bales of lavender are displayed on farm carts and local children hand out sprigs to the visitors. 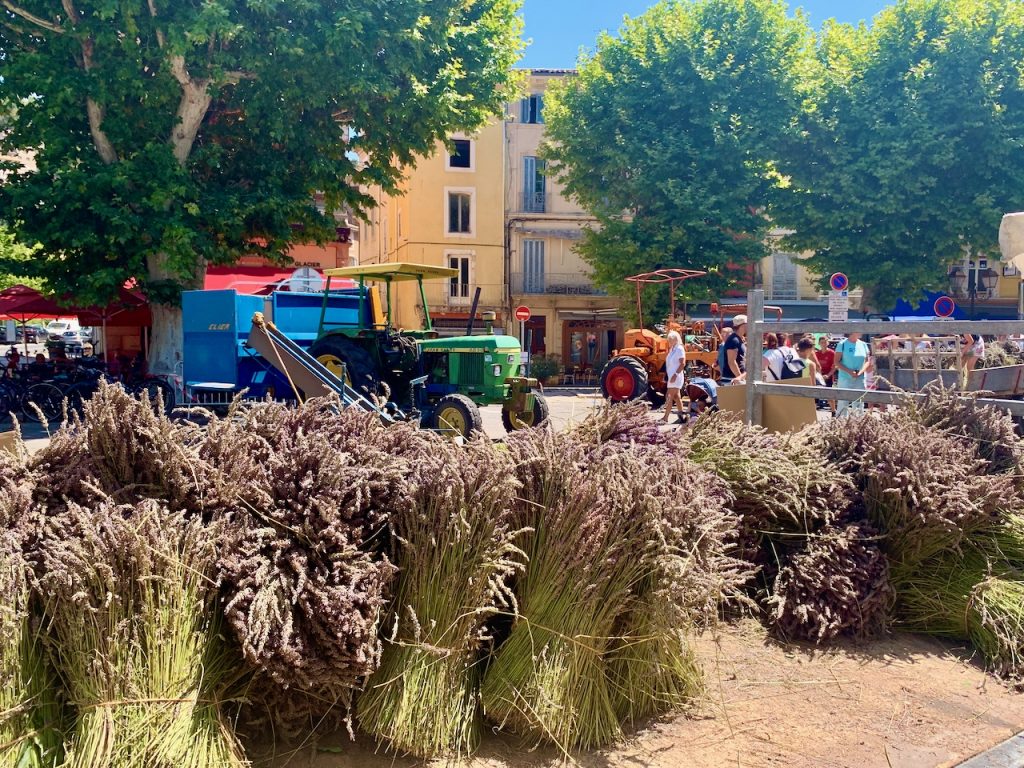 I’m so blessed to be able to be part of this, to live for several months of the year in this stunning part of Provence is a gift. Celebrating with these warm, generous hearted people, becoming friends with some of them and understanding their simple but profound connection to the land is so special. With its shutters and sunflowers, it vineyards and at this time of year its lavender, the Luberon is truly an enchanting place, one that I cherish, a place I’m so fortunate to be able to fit into my life, for now at least, lucky me! 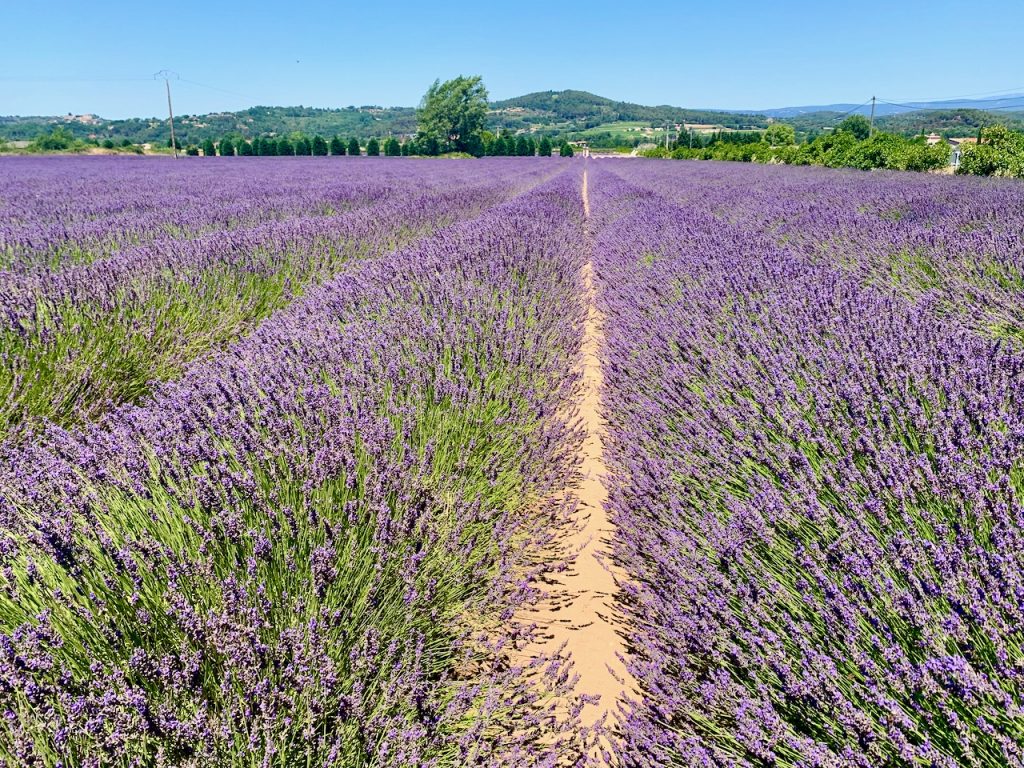 Roussillon the ochre jewel of the Luberon 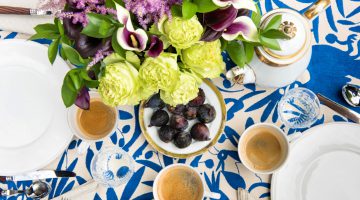