The Spread Eagle Hotel can be found in the pretty market town of Midhurst, West Sussex, in the heart of the beautiful South Downs, just over an hour south of London. Steeped in history, it is one of the oldest buildings in the region, boasting original medieval lattice windows, exposed oak beams, ancient doorways, equisite tapestries, undulating floors and inglenook fireplaces large enough to sit in next to squashy sofas and an inviting bar! Dine in the room which once hosted medieval Lords, sleep where a Tudor Queen once rested her head or just sit and sip something delicious in the place where Nazi leaders once conspired. The Spread Eagle oozes ambience from every crook and cranny, safely guarding centuries of history, an atmospheric and charming place to visit whether it be to sip, dine, stay or if you have time, all three! 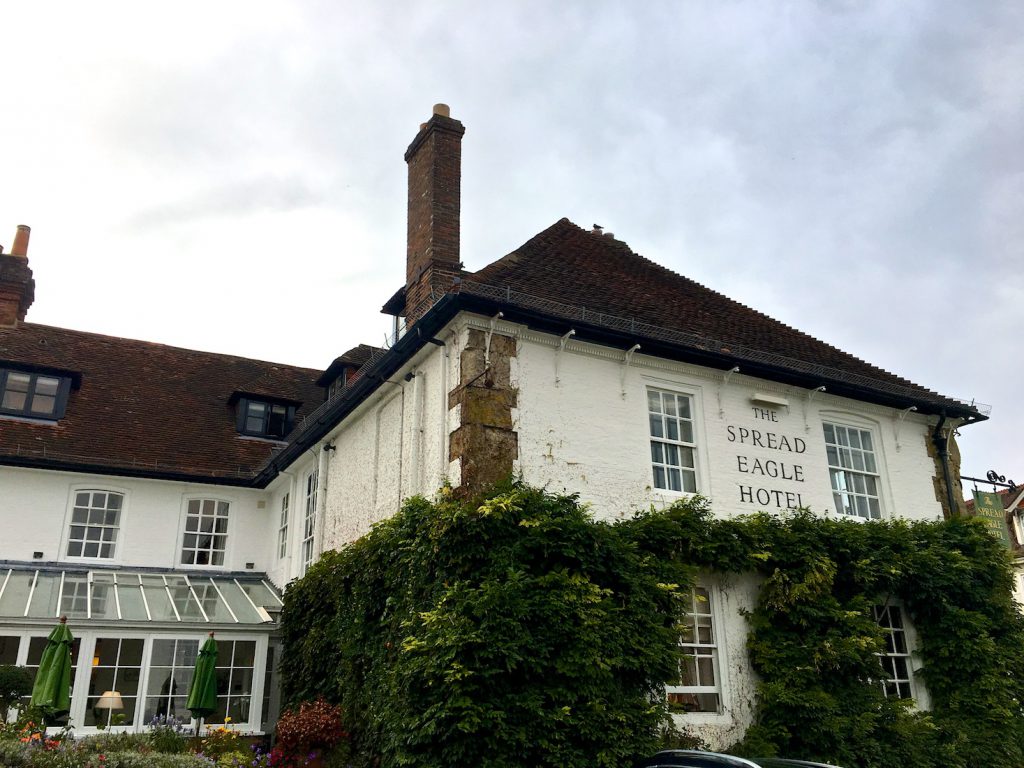 Dating back to 1430, The Spread Eagle was built on the foundations of an early medieval building, next to the estates of the local Knights of St John. Following the growth of a new merchant class during the Tudor period, after 1650, as the need for travel accommodation increased, the inn underwent extensive improvements. Eventually The Spread Eagle became an important stage coach inn on the route between the docks at Portsmouth and London.

Over the centuries further renovations have been completed each being careful to preserve the hotel’s delightful historical character. You can dine today right next to this tremendous inglenook fireplace! 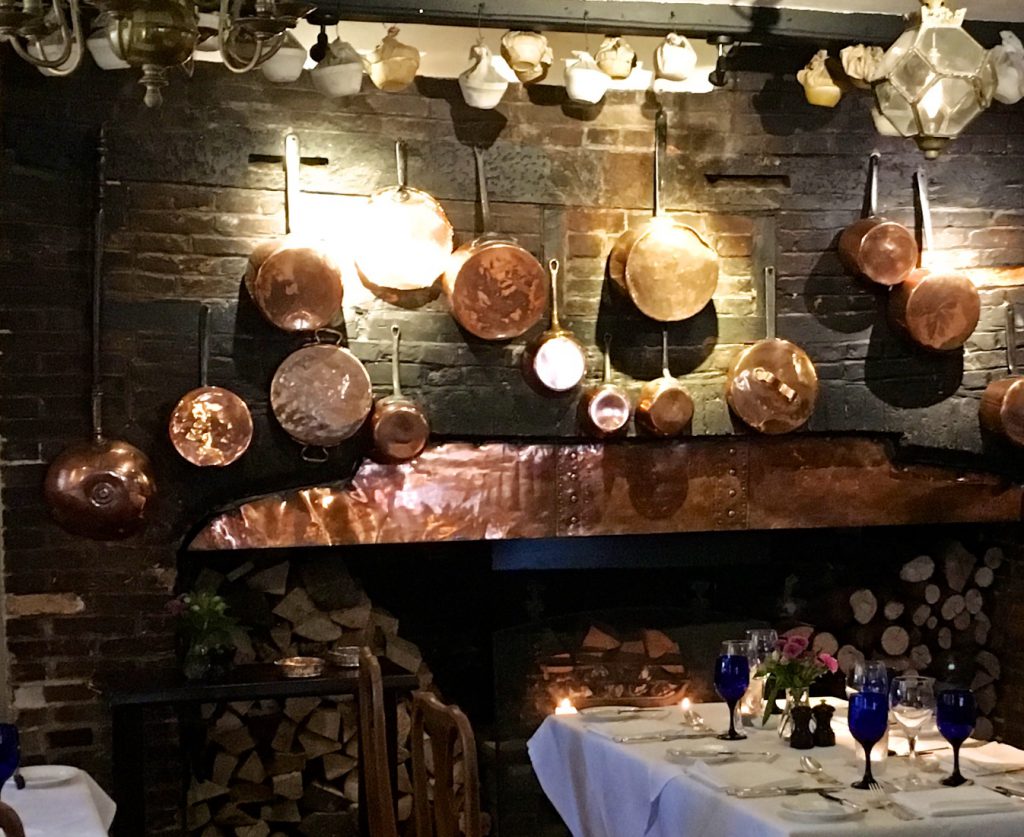 The Christmas puddings dangling above the fireplace hang there all year ready for guests to enjoy for their annual Christmas lunch! 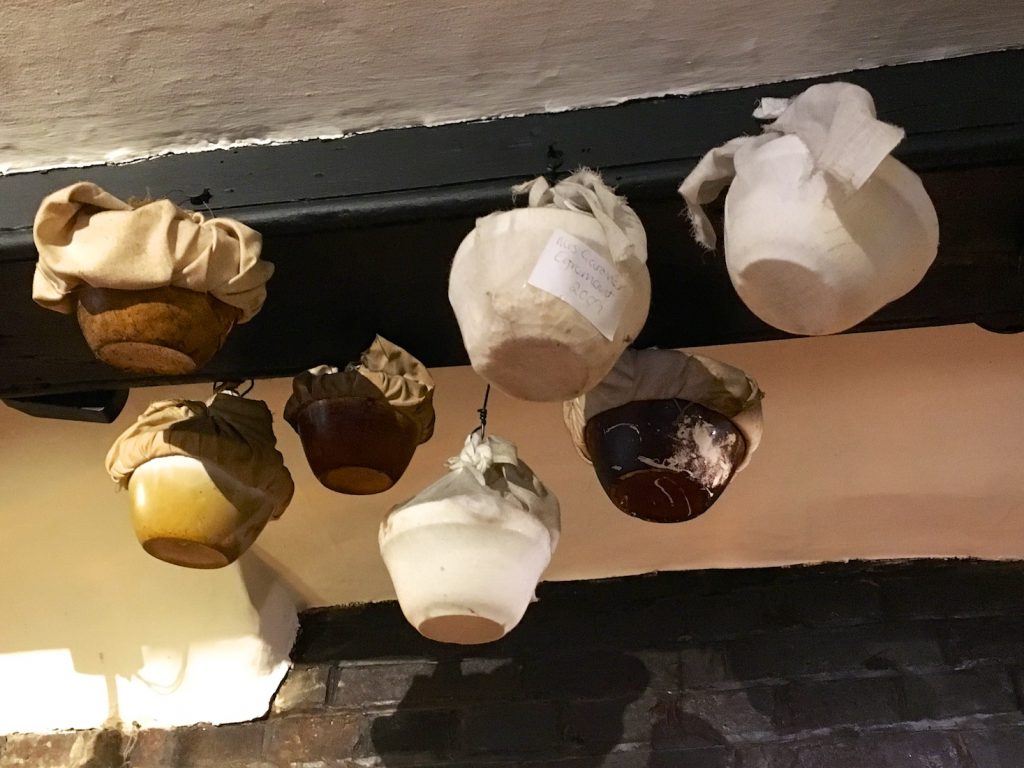 The story of The Spread Eagle has close connections to the nearby ruins of Cowdray House, constructed by Sir David Owen, the illegitimate son of the Tudor dynasty’s founder Owen Tudor. Sir David inherited the estate through marriage into the de Bohun family and his role in placing Henry Tudor on the English throne meant that Cowdray became an estate of immense importance. Cowdray attracted many distinguished guests some of whom stayed at The Spread Eagle Hotel. 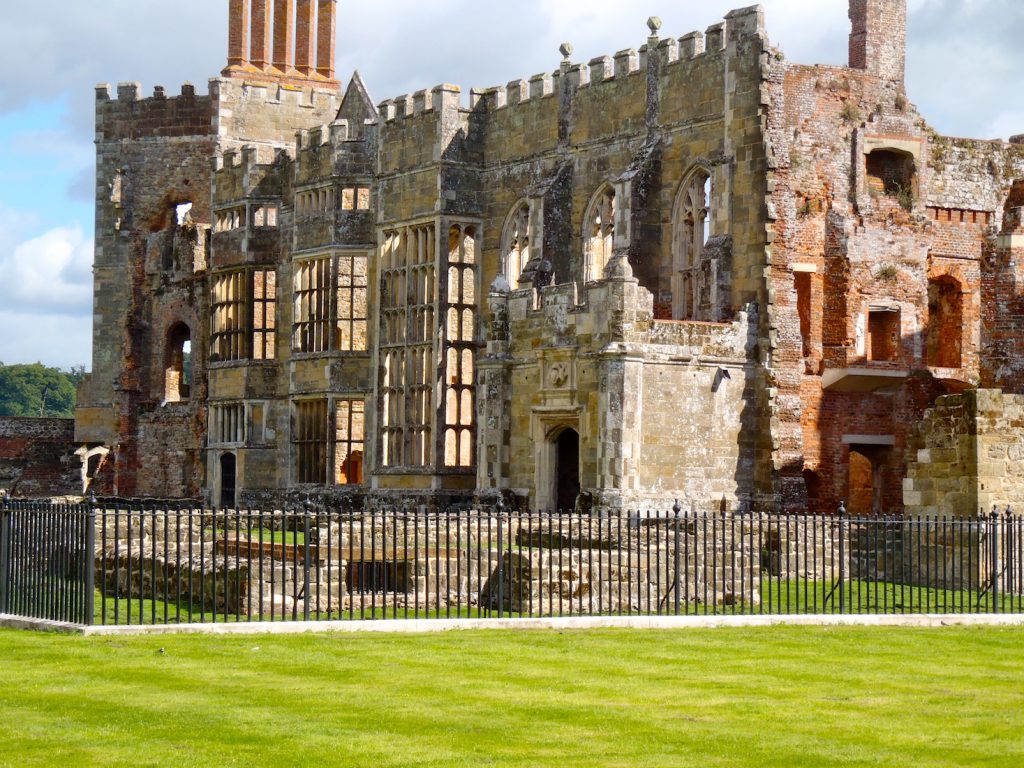 Guests at The Spread Eagle

Other famous guests to the hotel include Queen Elizabeth I, you can still stay in the room where she slept! Also Admiral Horatio Nelson with his mistress Emma and later, Prince Charles, H.G. Wells  the Maharajah of Cooch Behar and my grandparents in the 1950’s! 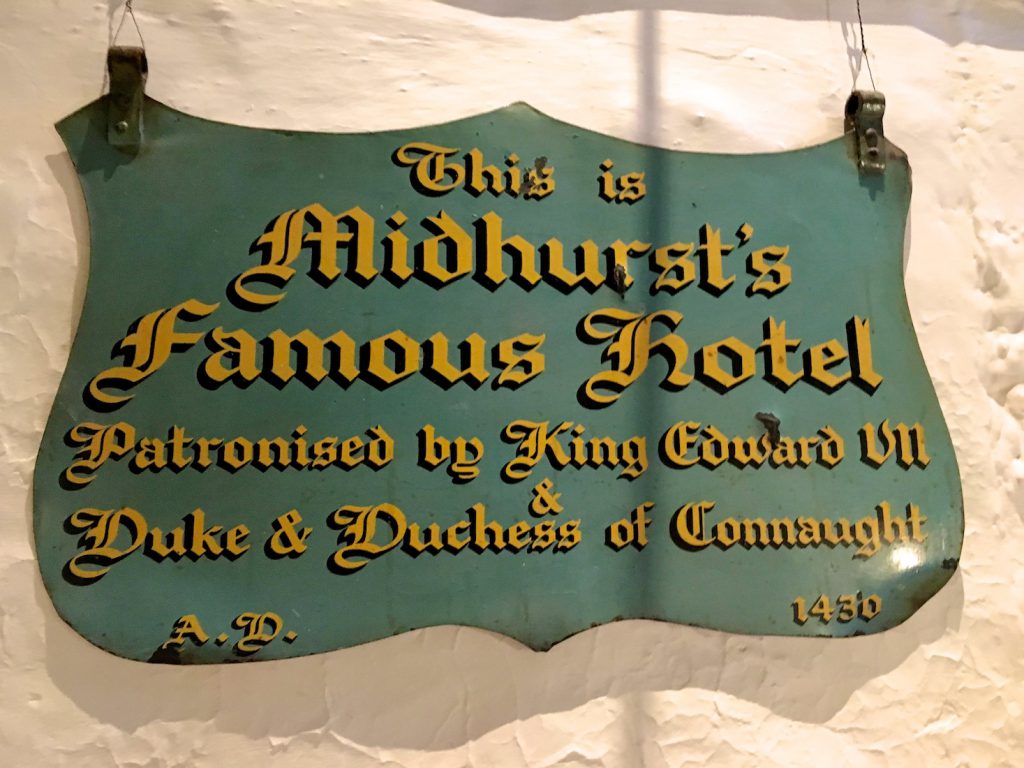 The link to the  ‘Spread Eagle’ and the inn

The ‘Spread Eagle’ was a powerful symbol in European history. During the Middle Ages the German dominated Holy Roman Empire adopted it as its emblem which is maybe why the Knights of St John came to Midhust.

In July 1939, Hitler’s Ambassador to England, Joachim Von Ribbentrop dined at The Spread Eagle with Hermann Goering and four other officers after attending the Goodwood Races. Before coming to The Spread Eagle, Goering had been visiting Leonardslee near Horsham, then the home of Lady Loder, and it is believed that he had selected this beautiful property to be his H.Q. after the invasion of England.

Here is Von Ribbentrop signature in the The Spread Eagle’s guest book. 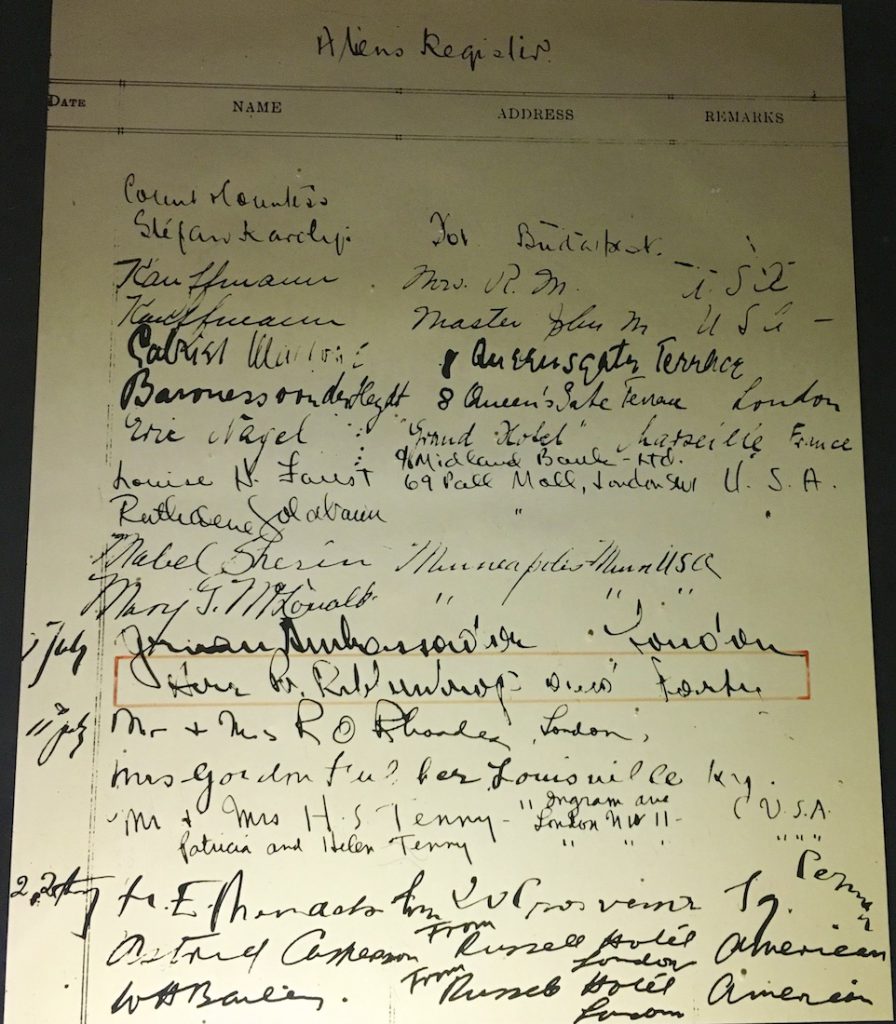 During the World War II American GI’s based at Cowdray House often came to The Spread Eagle. It is rumored that when they returned to Midhurst after the war they bought with them this Eagle taken from Hermann Goering’s office in the Reichstag, Berlin. 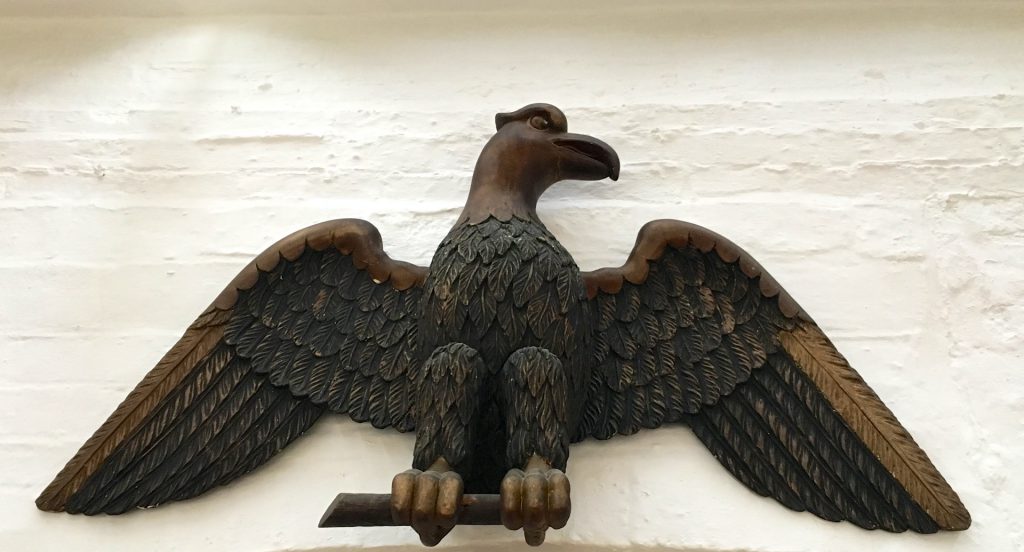 They donated it to the hotel to thank them for all the happy times spent there during World War II. 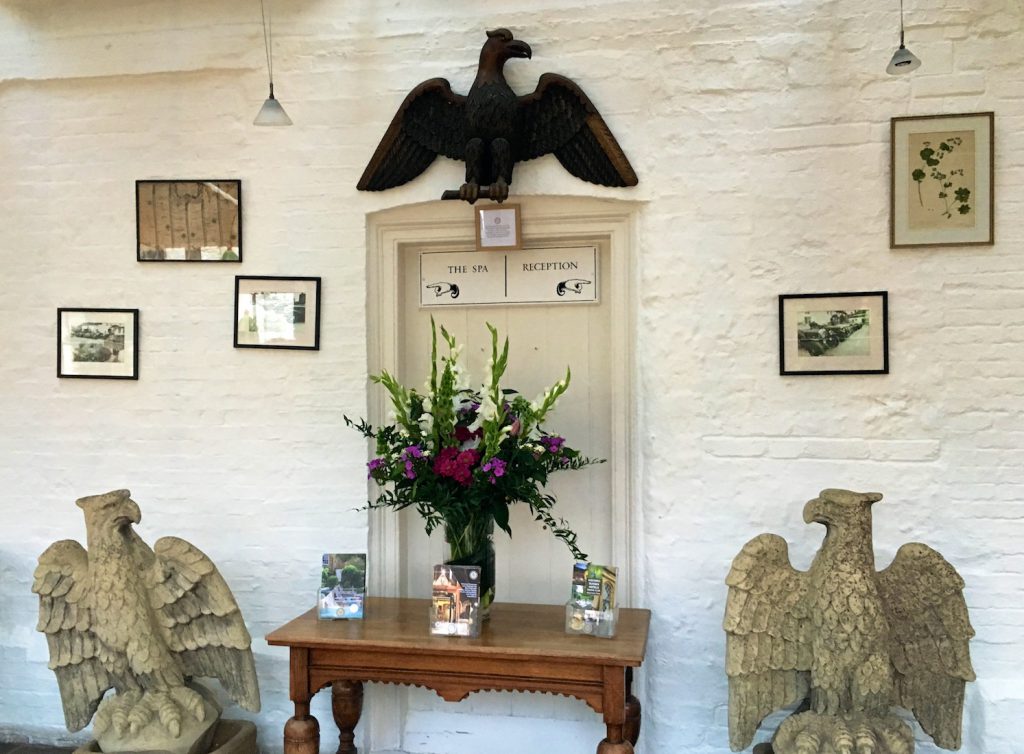 The Spread Eagle  Midhurst is now privately owned, one of three in a group of historic Sussex hotels, each one having their own fascinating story to tell.

Do stop off at The Spread Eagle should you be visiting this pretty corner of southern England, even if it’s just for a drink, although I would suggest you find the time to spend longer!! 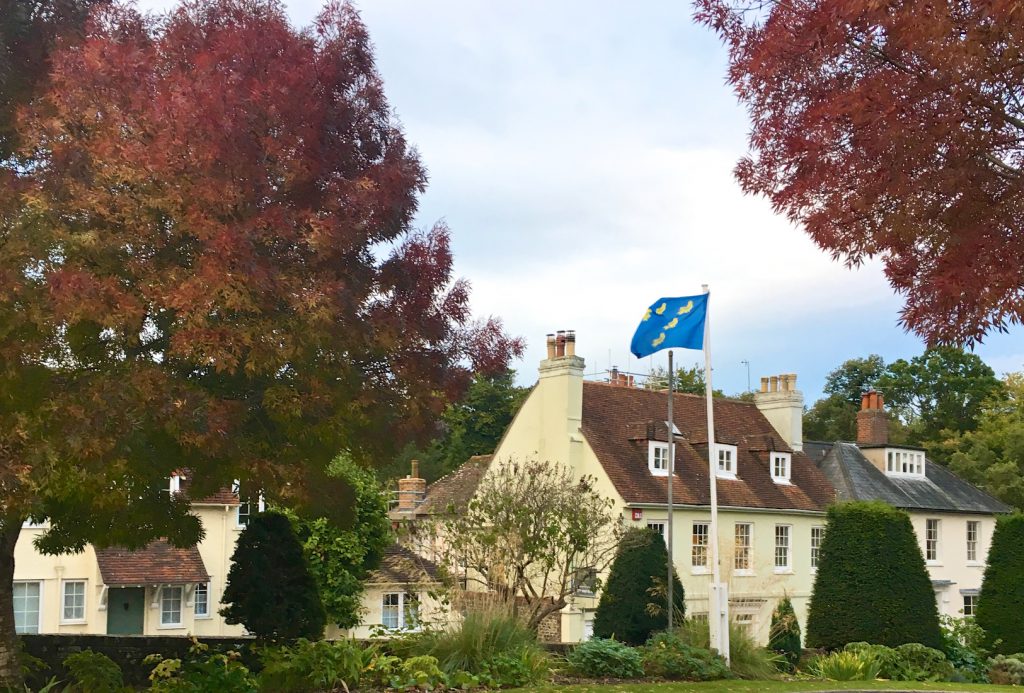 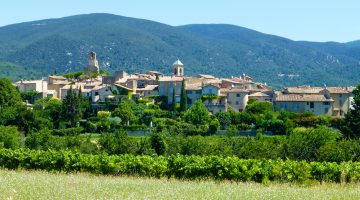 A video visit to Lourmarin