Why Shutters and Sunflowers?

Sunflowers are synonymous with Provence, their bright smiling faces adorning paintings and postcards throughout the region. With brilliant yellow petals, sometimes known as rays, their resemblance to the summer sun is unmistakable. Stunningly beautiful these dazzling flowers conjure up the very essence of summer, especially summer in Provence. Along with the shutters adorning windows everywhere in this beautiful part of France, to me Shutters and Sunflowers was the obvious name for my blog.

Throughout the ages artists have fixated on the colour and splendor of these flowers, particularly during the Impressionist era. They were immortalized by Van Gogh in his painting of the sunflowers, perhaps his most famous work, when he was living in Arles, Provence in 1888.

The meaning of sunflowers

Symbolizing adoration, loyalty and longevity, sunflowers mirror the attributes of the sun they so closely resemble. Just as the sun’s energy provides heat and light sunflowers provide their own energy in the form of nourishment and vibrancy. 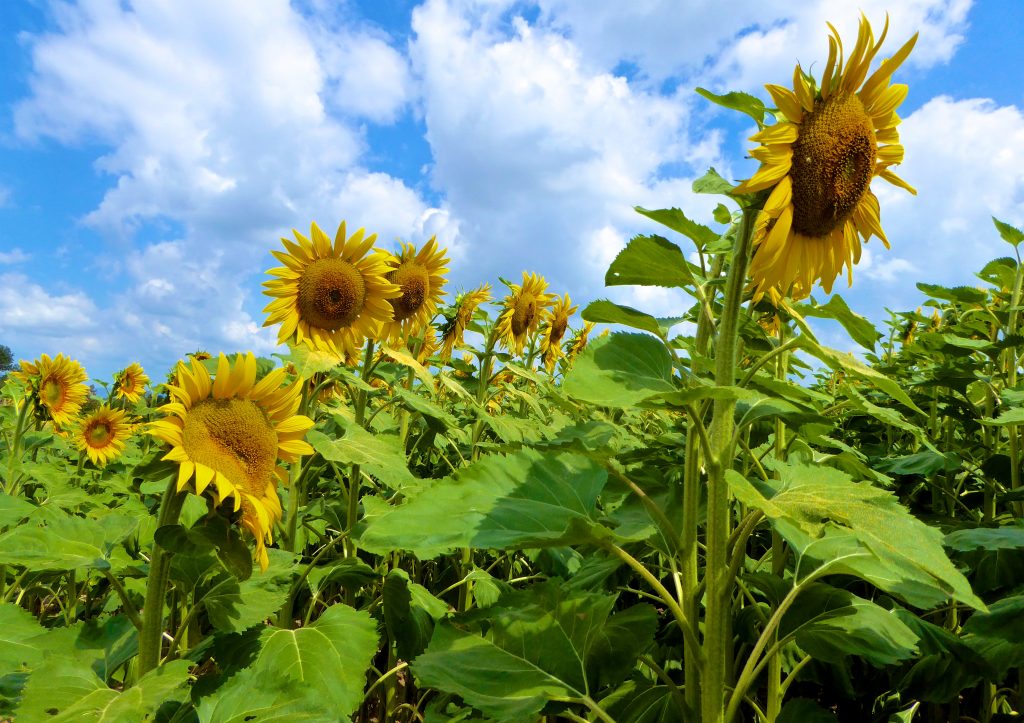 Reaching for the sun

It is often thought that sunflowers track the sun and they are often photographed with their tall stalks and bright petals stretched towards it. The buds and leaves of young flowers do change their orientation from east to west during sunlight hours but mature flowers tend not to move. This interesting behavior, known as phototropism, has inspired motifs that appear in many ancient works. 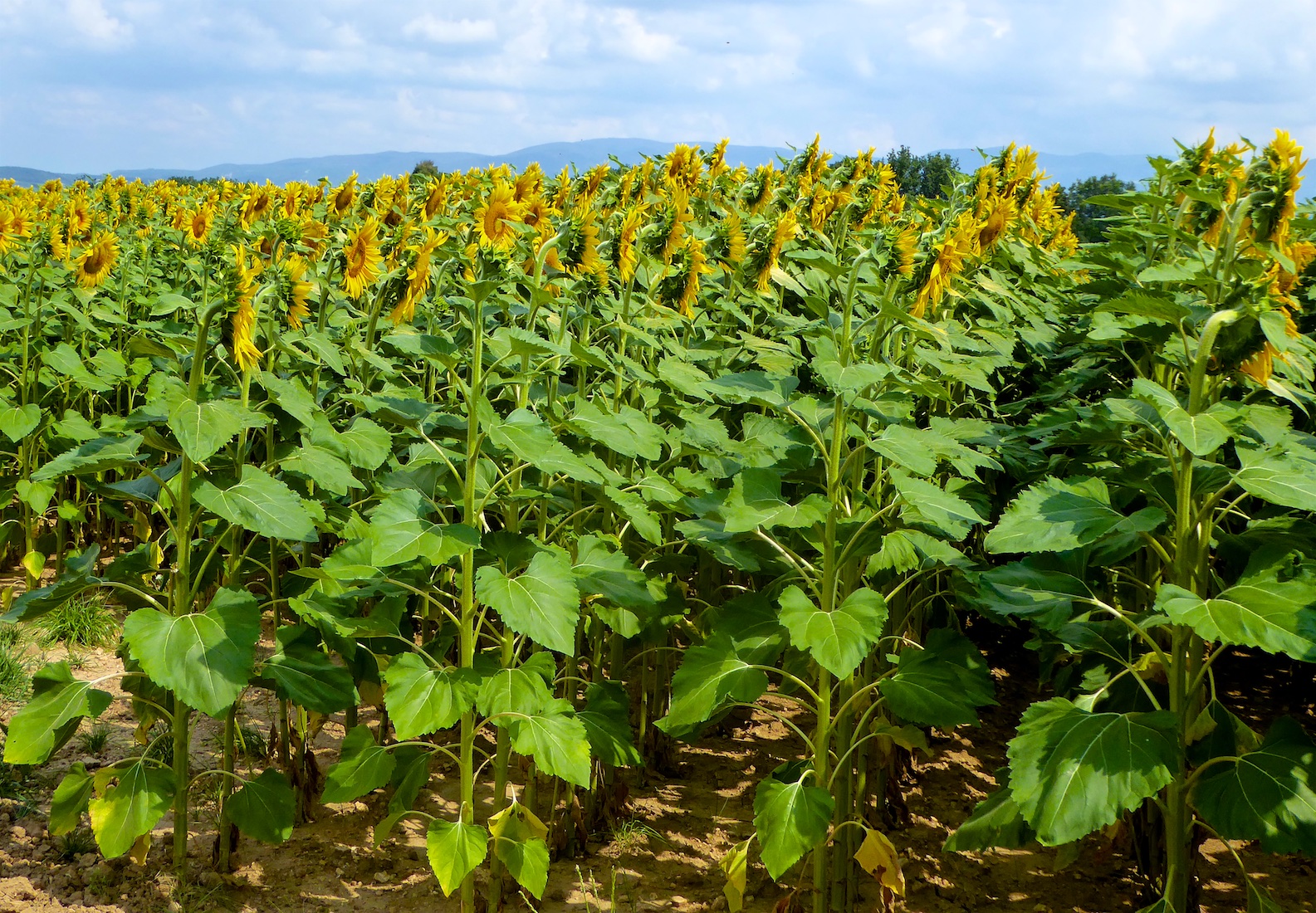 The origin of sunflowers

Contrary to what one might think sunflowers are not actually native to France but to the Americas. They were cultivated there from as early as 1000 B.C. and there is evidence from ancient documentation that they were used as religious symbols by native societies. They were brought to Europe by Spanish explorers in the 16th century, not to tie up in pretty flower bunches but to make oil for cooking.

Still widely used today for exactly the same reason, the oil is extracted from the flower head. What we think of as the flower of a sunflower is actually a head of copious tiny flowers crammed together. The outer ring of flowers are sterile but the inner ring of flowers matures into seeds from which we extract the oil. 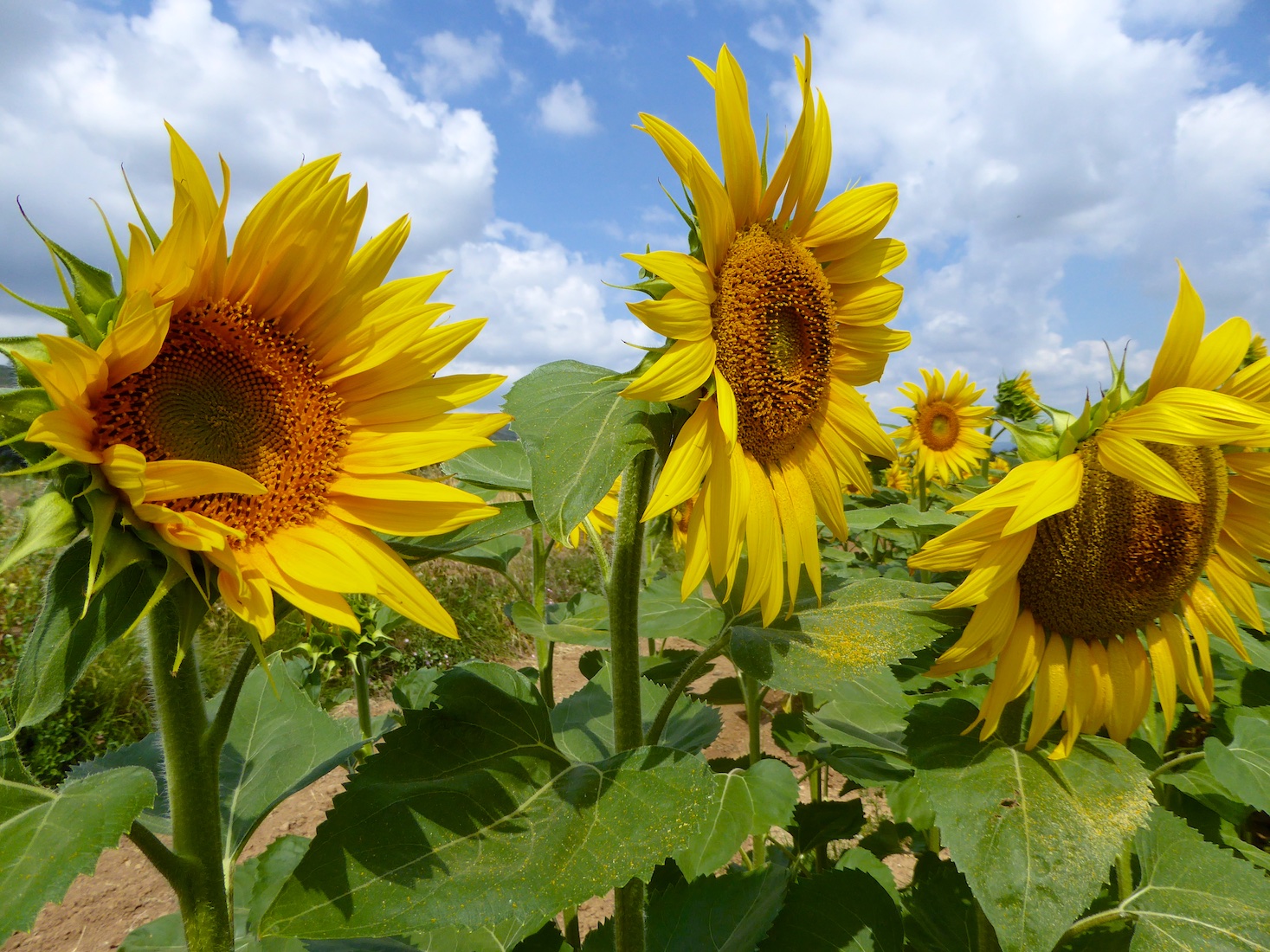 There are several of varietals and sizes of sunflowers including some with red petals. Sunflowers are annual plants and generally grow to between 5-12 feet tall. They bloom from late June to the end of July and are typically harvested in early August. 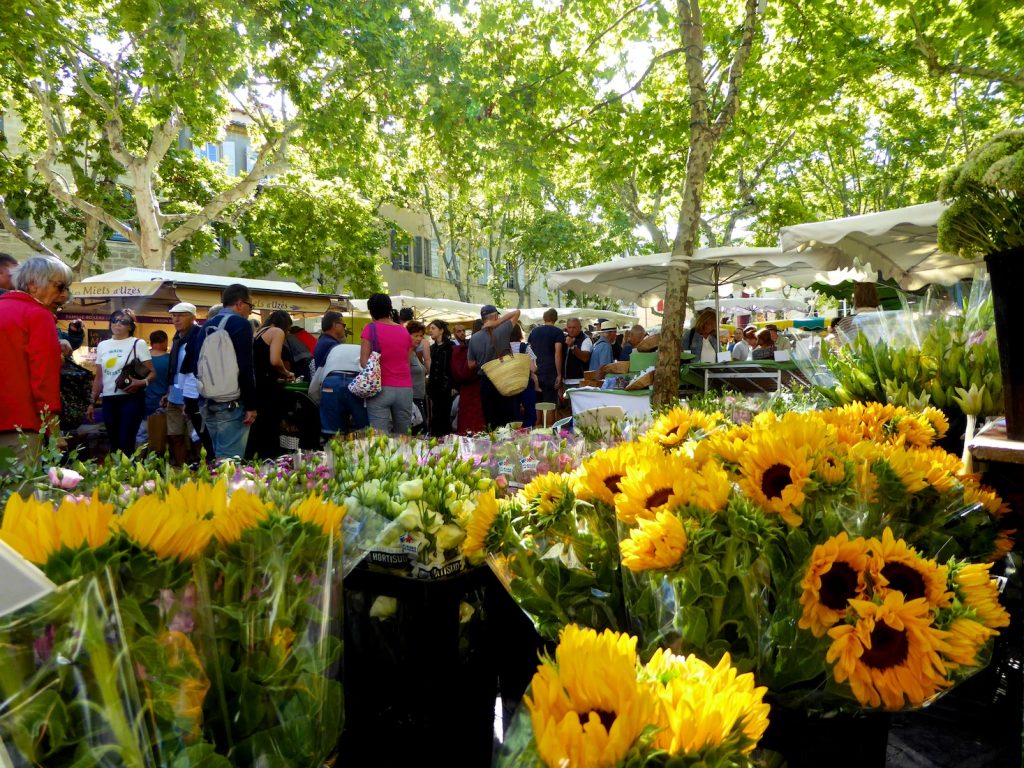 Caring for your bouquet of sunflowers

Unless you grow your own, the freshest sunflowers are often from a farmer’s market likely cut that morning. It’s not hard to find a market somewhere in Provence each morning! To prevent wilting near the top of the sunflower place them in a tall vase with a lot of water. The added support on the bottom of the stem can help the top of the stem maintain its stiff shape. Cutting the stem at an angle and removing any leaves that would be submerged in water will help keep them fresh for longer. Re-cutting the ends of the flowers every few days and replacing the water in the vase will also help. 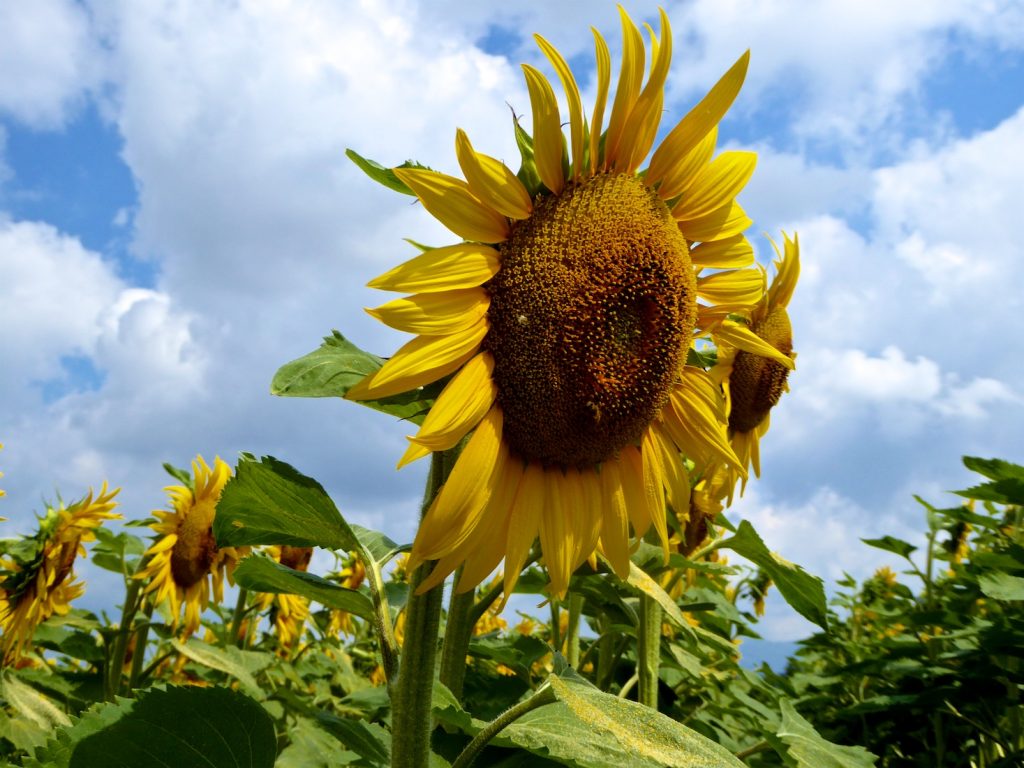 In addition to remaining a favourite choice in a summer bouquet, today just as for centuries before these charming beauties are still sourced for their seeds, for oils used in cooking and skin emollients.

Why do I love them? Quite simply because they make me happy. Along with the shutters, les volets in French, sunflowers, les tournesols are they very essence of this place I hold so dear, Provence. Small wonder then that they are the name of my blog, voila, Shutters and Sunflowers!

Previous Article The Shutters of Provence 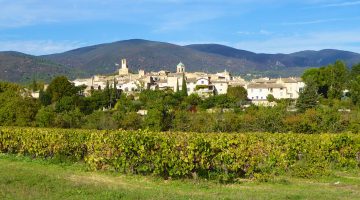