Wandering around the stunning, ancient city of York, a long time favourite destination of mine, I felt compelled to discover a little of the story behind its rich history. In my next few posts I want to share what I have learned about this cobbled stoned jewel, one of England’s most beloved and treasured cities.

York was initially controlled by a group of tribes known as the Brigantes. The Romans invaded Britain in 43AD and in 71AD their 9th legion north captured an area by the Foss and Ouse rivers, establishing a fort, around which grew up a town which called Eboracum or “place of the yew trees.”  Under Roman rule, York became the most important city in Britannia. In 306, Constantine the Great, the founder of Constantinople, was crowned Emperor on the site of the existing York Minster. 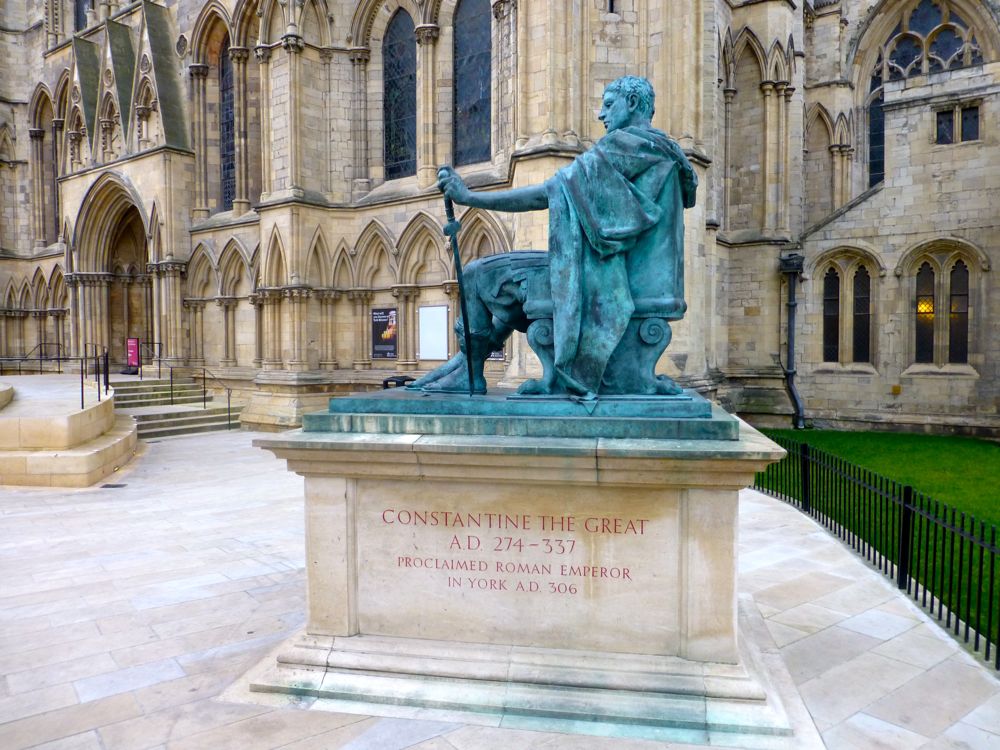 This 31ft high column was discovered during church restoration work and re-erected near the south entrance to the minster. 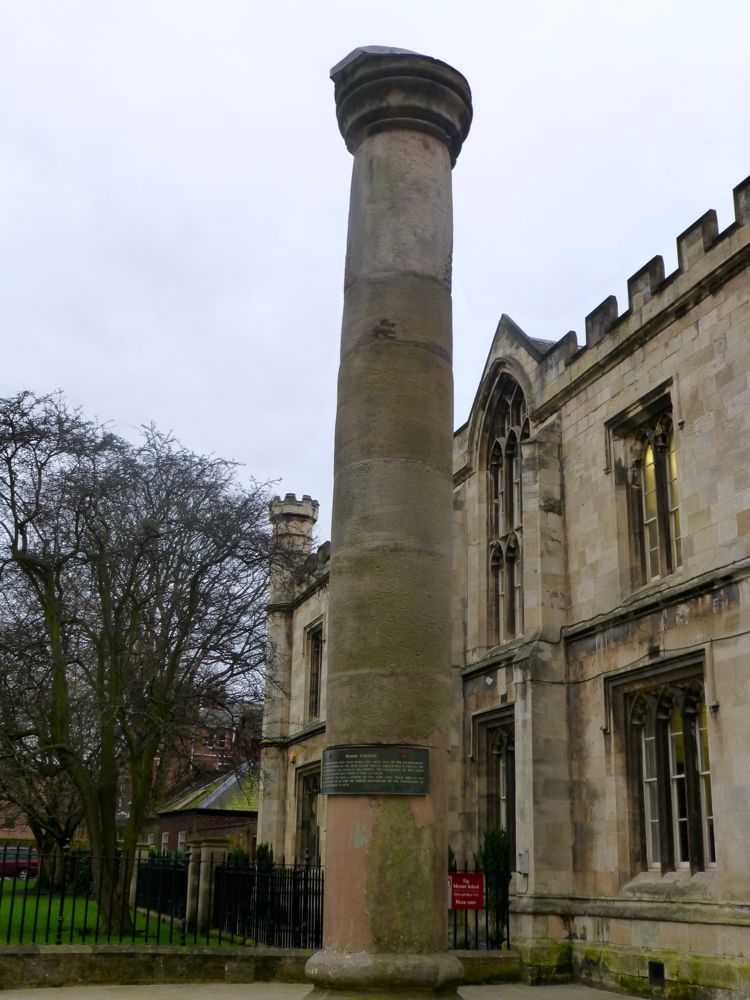 The Romans left Eboracum some time around 410 AD,  leaving behind perhaps its greatest legacy, the York city walls, the subject of my next post. Like most of Roman Britain, York came under the control of the Anglo Saxons and a period of decay and decline followed.
Although legend says that King Arthur captured York, apart from changing its name to Eoferwic and building a wooden church on the site of the present minster, little was changed until the Vikings invaded in 866AD. They changed the city’s s name to “Jorvik” and when they fled almost 100 years later they left behind a legacy of names, suffixes still in existence today; names such as Micklegate are based on the Viking ‘gata’, meaning street.

York then suffered constant conflict from mostly Norwegian invaders, until William the Conqueror marched on the city in 1068 wanting this prosperous city to be part of his newly acquired kingdom. He strengthened its defenses and city walls, building 2 castles designed to control access to the city by the river. York became a thriving city and immense rebuilding occurred.

A Norman street, originally occupied by the butchers of York, it took its name from the word ‘shamel ‘, the Norman word for the benches upon which meat was displayed, it was rebuilt in the 1400’s. 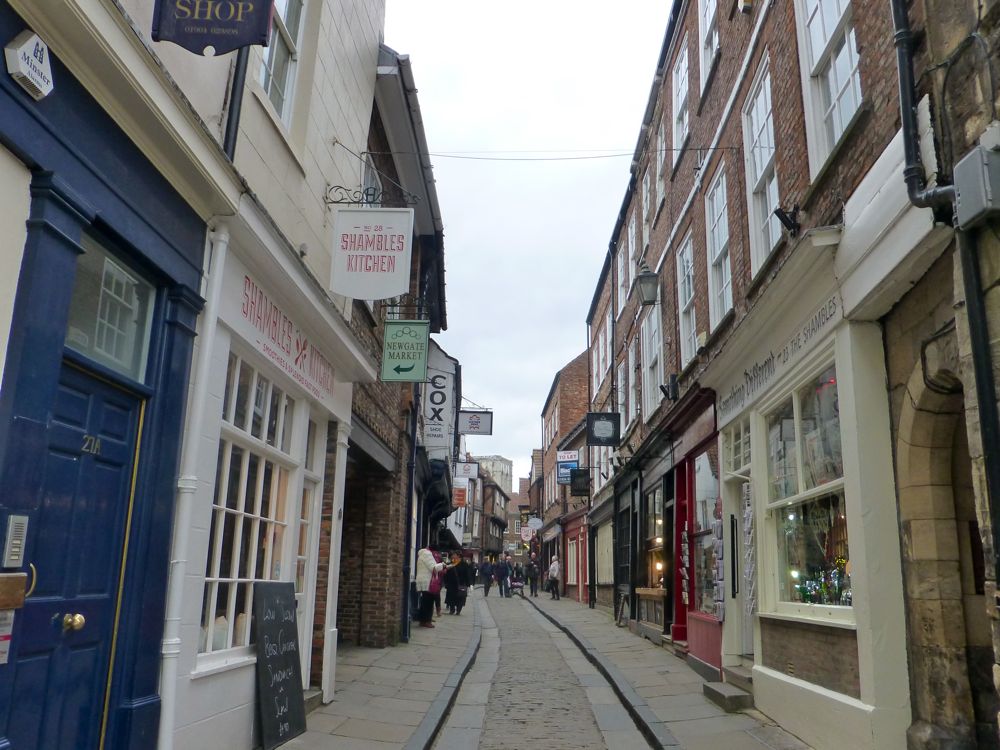 Under the Normans, the Viking stone church, built on the site of the wooden Saxon church, was destroyed and a Norman church constructed. This was replaced in 1220 by the present day, breathtaking, Gothic style minster which took 250 year to complete. The city walls that still exist today also date from this time. 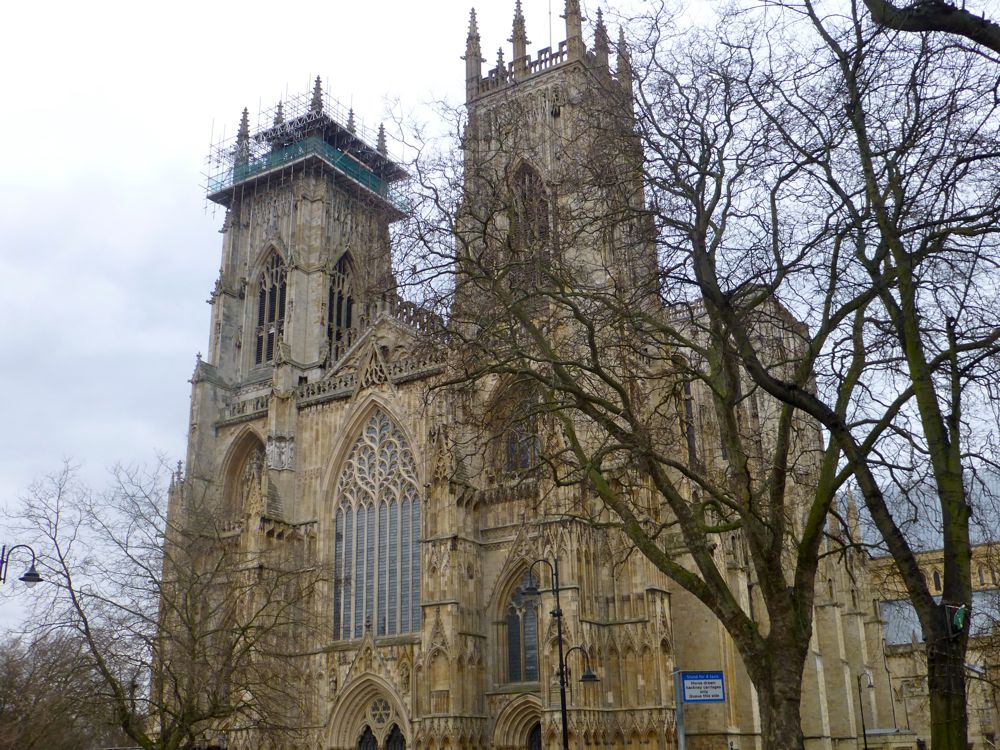 During this period there was also significant change with regards to how York was governed. Up until the 13th century York, like most cities, was controlled by a Sheriff, who had no accountability to its citizens. As the city grew richer, the business citizens, resenting the Sheriff’s authority fiercely sought change. Finally in 1212, King John granted York its own charter allowing the town’s citizens to become self-governing, which it continued to be until 1974!

York during the Tudors

The next major milestone for York followed after Henry VII’s victory at the Battle of Bosworth, on August 22nd 1485 which united the feuding red rose of Lancashire and white rose of York. The townspeople were anxious that the new King would look as favourably upon York as had his predecessor Richard III. Despite various rebel uprisings peace was maintained but during his son’s reign, Henry VIII, York fared disastrously.

A uniquely surviving non monastic religious, medieval  building, a priests home founded in 1426. Sold during the Reformation to become a printing press for King Charles 1 during the Civil War. 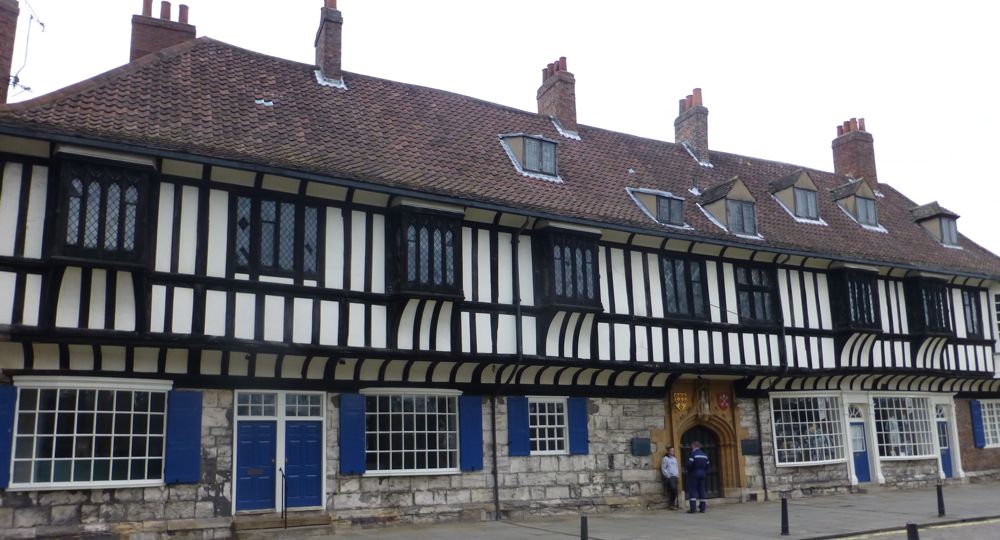 When Henry VIII, separated from Rome claiming much of the church’s property, York, lost more than many other cities. Numerous religious buildings suddenly had no purpose and many fell into sad decline. Church run schools and hospitals closed,  people lost their livelihood, there were fewer places for the poor to seek refuge, for the sick to be cared for and for education to thrive. Properties owned by the monasteries were sold with the exception of the Abbey grounds. This was a walled area retained and used by the crown until the 19th century. In 1522  it became the home of the King’s Council of the North. It was responsible for bringing criminals to justice, hearing cases about civil offenses and the enforcement of religious practice, it remained powerful until the end of the 16th century.

A former Priory, hidden until restoration work discovered it in the 1980’s! 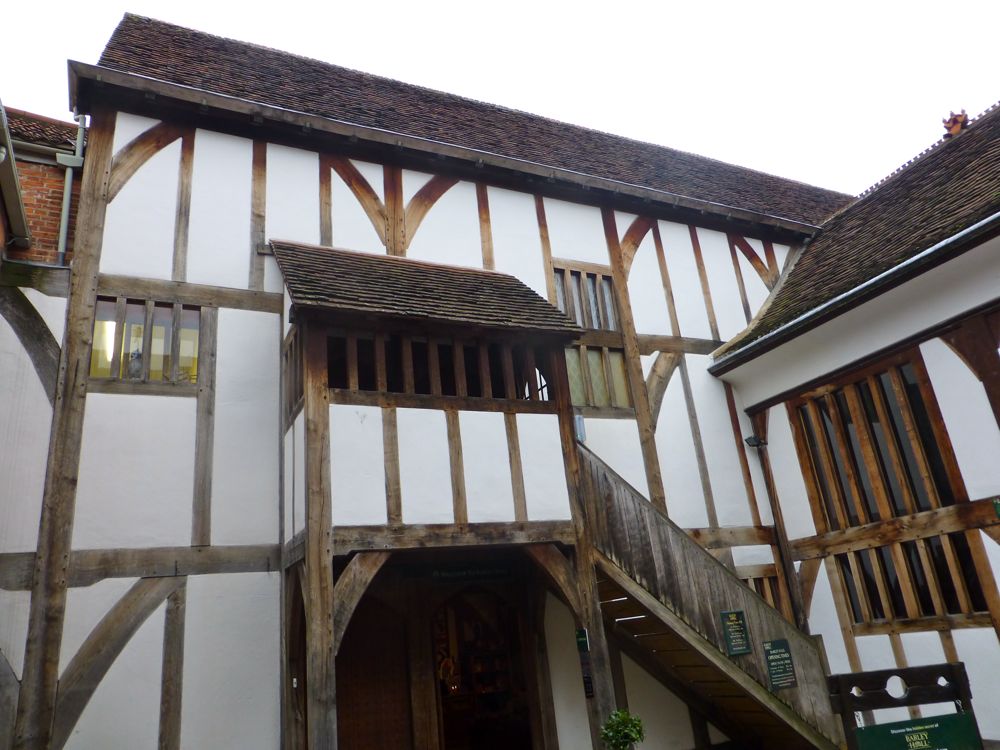 Inside the Barley Hall 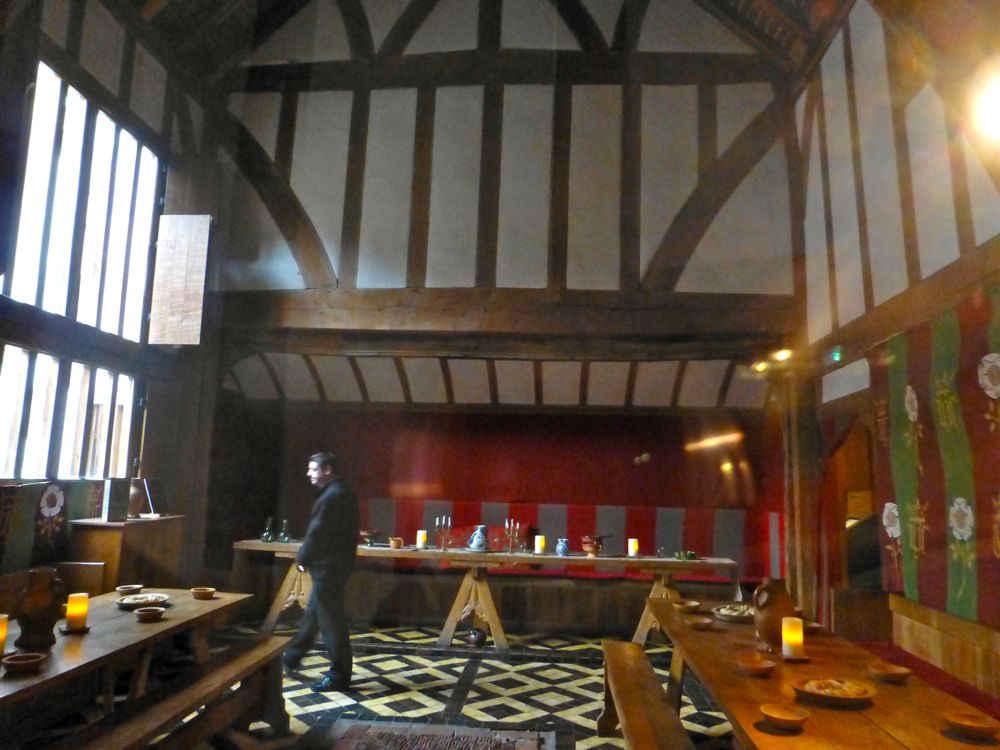 The property where Guy Fawkes was born

Guy Fawkes famously tried to blow up the Houses of Parliament in 1605  wishing to restore the Catholic Church to Protestant England, following the reign of Elizabeth 1. 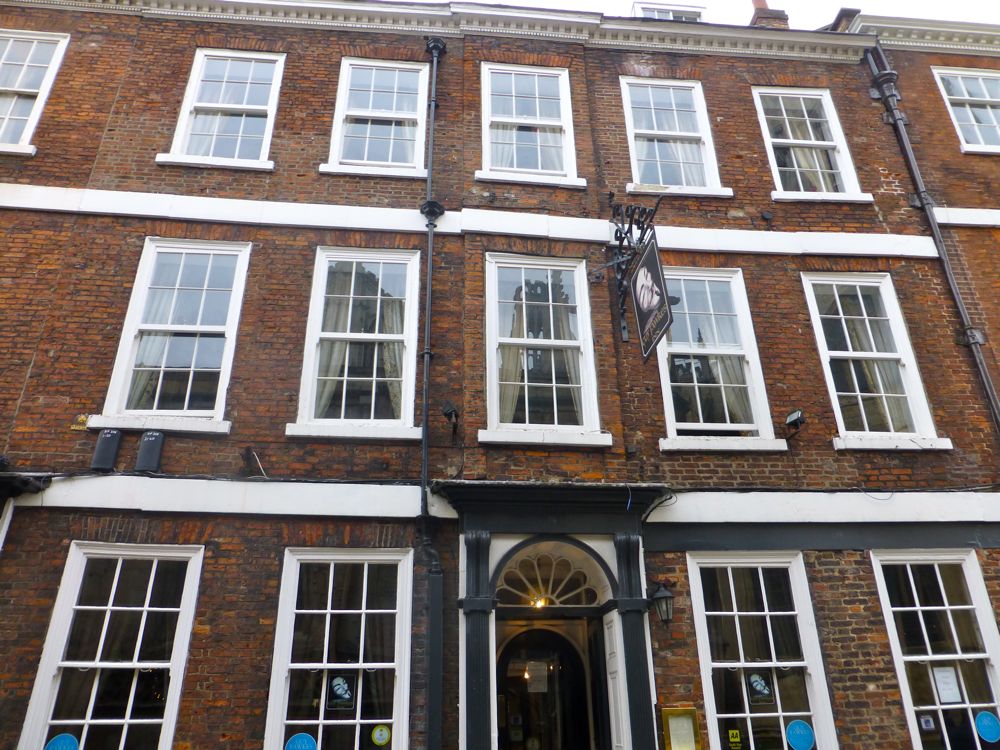 York up to today

York continued to grow and proser during the next century. By the late 17th century running water ran to people’s homes (for those who could afford it) through a system of wooden pipes but the Industrial revolution had less effect on York than elsewhere and it remained a market town. Financial concerns prospered with banks and insurance businesses growing up but it was the steam-powered railway that renewed York in 1839. In 1830 George Stephenson had built the world’s first inter-city line, in 1840 he built the line from Newcastle to London and it ran through York. By 1850 13 trains a day ran between York and London and in 1877 York build the largest station in England. The railway permitted people and goods to be transported faster than ever before opening up new markets. Tourism boomed, people arrived from all over to explore the city, to attend York’s theatre and visit it museums. York became a center for music, art and a destination for writers like Thackeray and Dickens.
Communications were revolutionized, by the mid 1860’s York had 2 postal services a day. The railways also bought heavy industry to the city, repairs and manufacture of engines, carriages and goods wagons became as important to the city as the railways themselves, some surviving right through until 1996.
At the same time, York became the center for mass-produced cocoa and confectionary, led by Joseph Terry, Joseph Rowntree and Mary Craven. Raw ingredients, cocoa, fruit and sugar were transported into York by rail. They were manufactured and sold throughout the country and  become a key source of local employment.
The Victorian age saw an increase in education, often sponsored by York’s many religious groups. Many new schools and colleges were opened and York soon had the finest system in the country as well as  many good infirmaries.

One of York’s many hospitals near the minster, now office buildings. 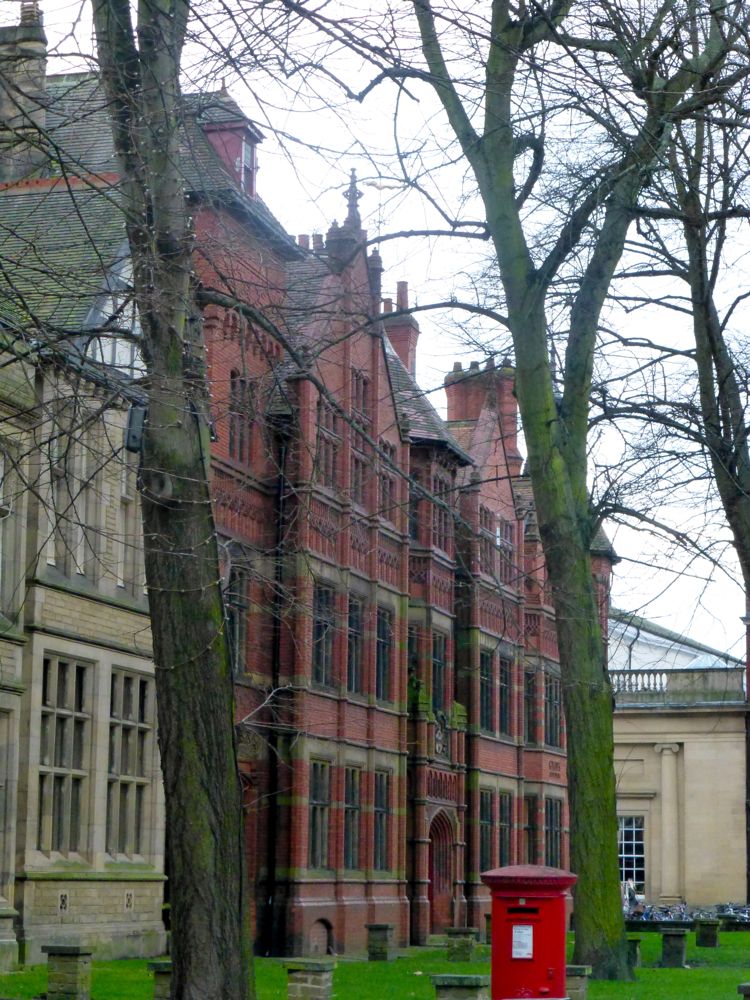 Despite these great advancements, behind the historical streets of York there was acute poverty. In 1899, Joseph Rowntree’s son, Benjamin Seebohm Rowntree undertook an extensive report on the conditions of the poor and their cramped, cold and filthy living conditions. His report was published in 1901 and greatly influenced the reforming politics of the pre-war Liberal Party. Having visited over 11,500 families he succeeded in linking slum housing to ill health and poverty and so began the slow route to better living conditions. This was greatly helped in 1948 by the birth of the National Health Service resulting in a much lower infant mortality and ridding the city of tuberculosis and scarlet fever.

The shortest street in York, build in 1505 and called ‘Whitnourwhatnourgate, meaning ‘what a street’! 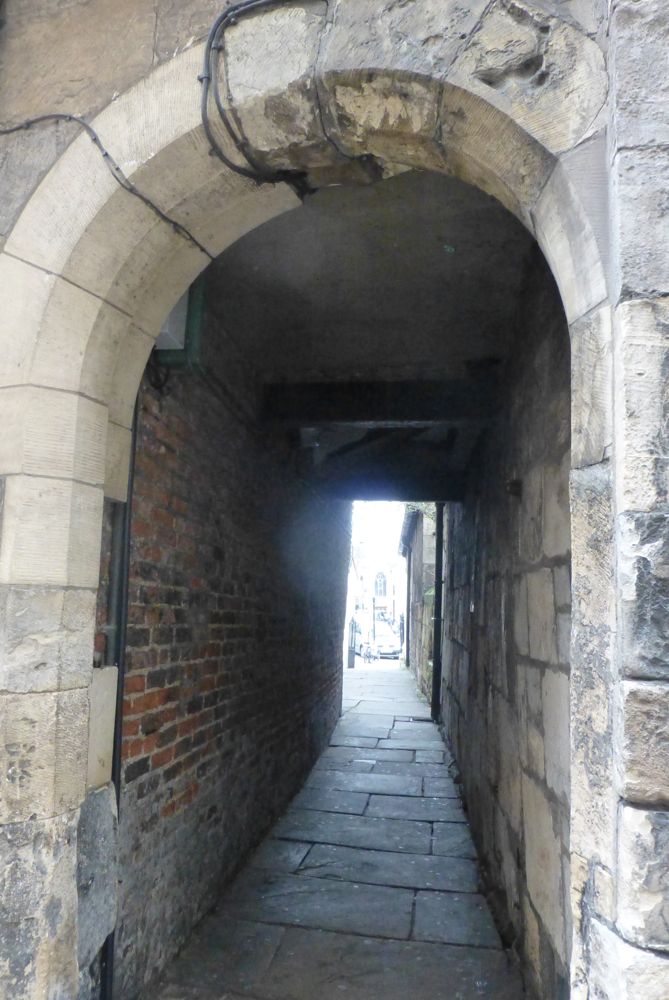 One of the oldest and reputedly most haunted inns in York! 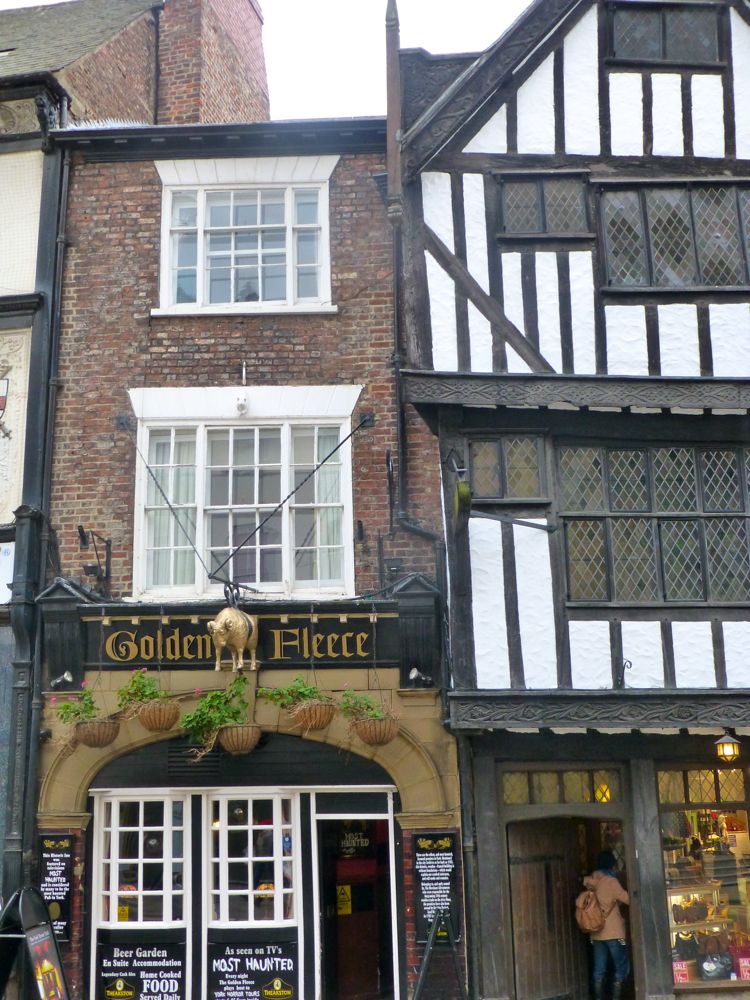 Today what distinguishes York is its rich, culture and historical heritage. Its past remains its greatest asset and it is visited by and admired by millions every year. 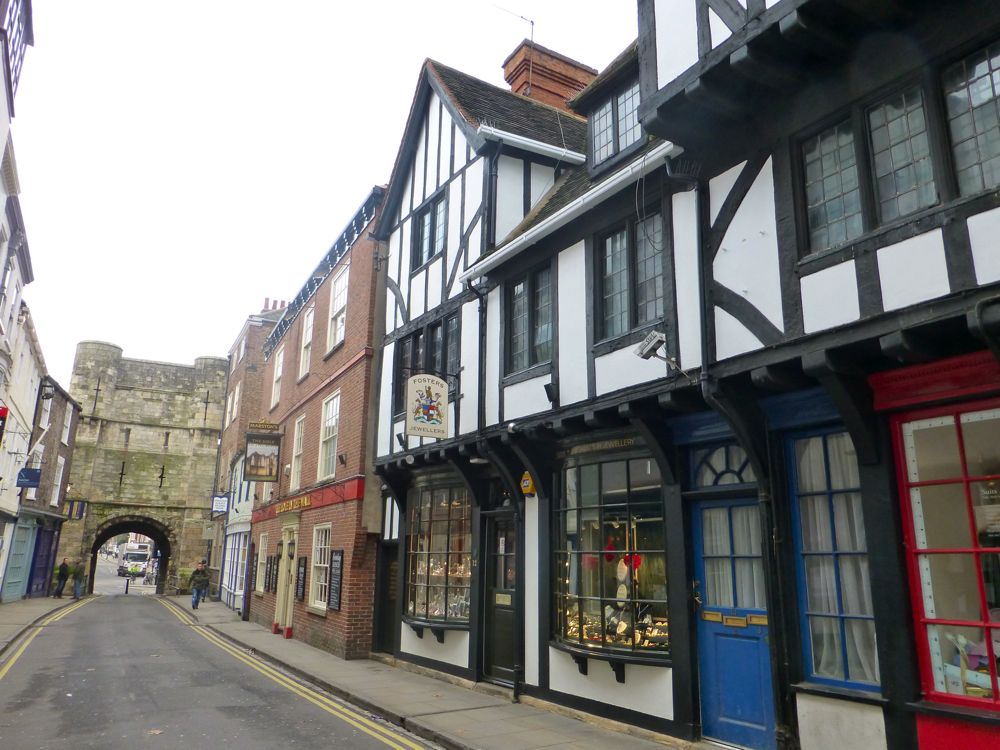 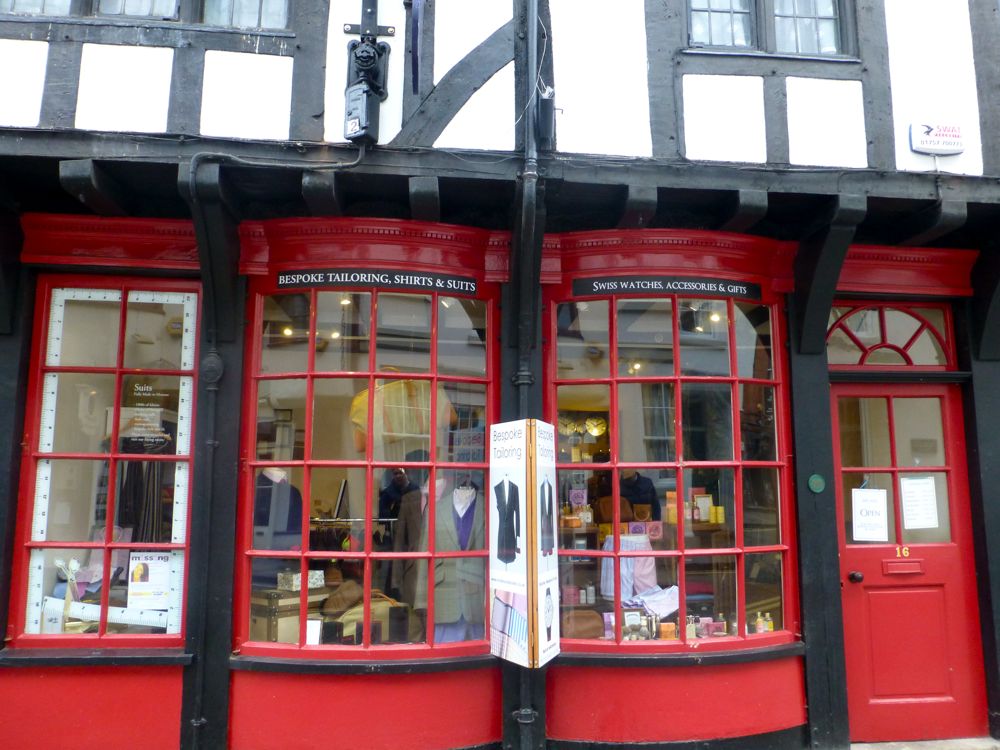 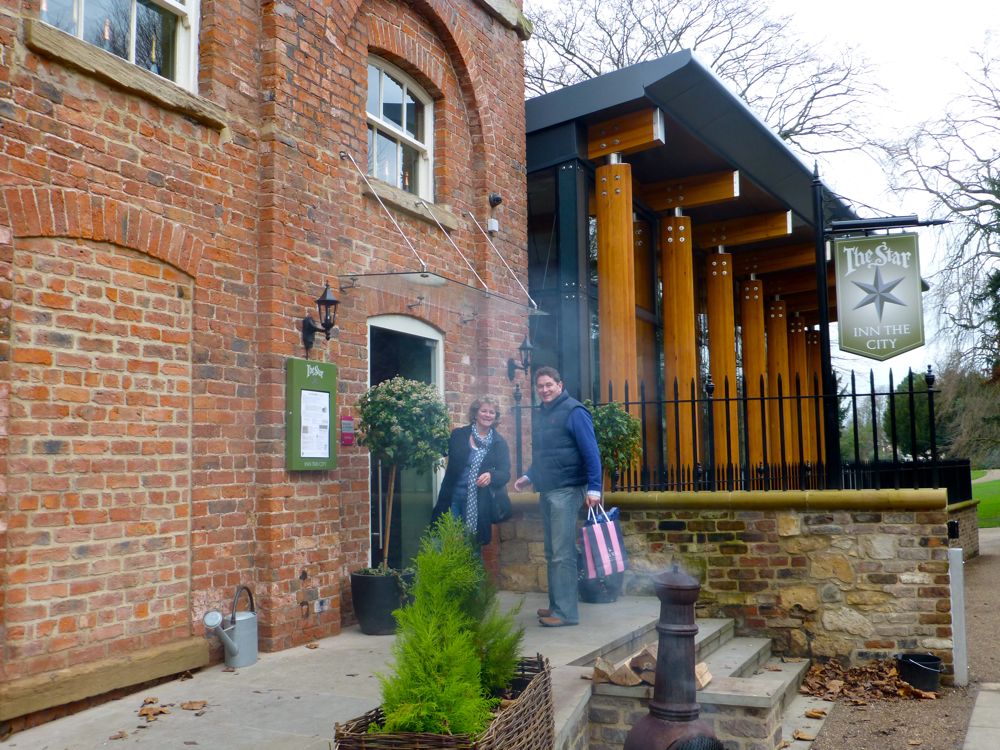 Previous Article Across the Moors to Whitby, North Yorkshire 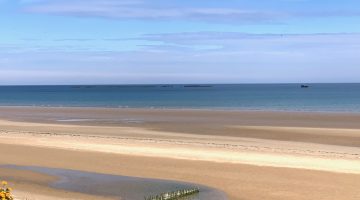