We have always wanted to do a big American road trip to visit some of  America’s great National Parks. We’ve been vaccinated and feeling safe, after months of not doing very much at all, we began to make our plans. Last year we sold our house and stored or sold most of what we owned so a road trip seemed the perfect way to make the most of our new found freedom, while we wait, albeit impatiently, for planning permission for the plot of land we’ve bought. So feeling like gypsies, two days ago, on May 9th, we set out on our adventure. I started sharing photos with friends and families and got such an enthusiastic response I decided to record this monumental adventure on my blog.  So forgive me for suddenly bombarding you with a plethora of posts, I promise it will be mostly photos, I won’t have time for too much rambling. There’s already so much to share and this is just day two of our north, north west American road trip, I’m excited to have you along! 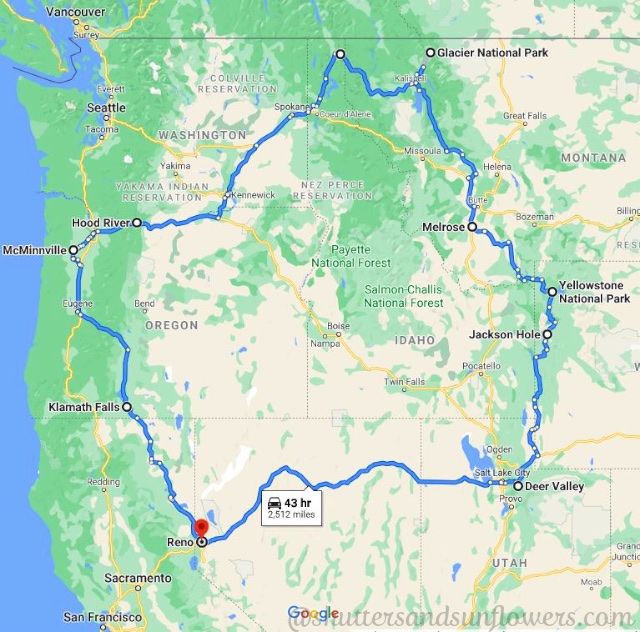 This was going to be the longest day of the entire trip, over 500 miles from our starting point in Reno, Nevada to Deer Valley, Utah.

Reno to the Utah Border

Our expectations were not high, spent mostly on the ’80’ freeway between Reno and Salt Lake City we incorrectly thought that this would not be a particularly interesting journey. We were pleasantly surprised! Our American road trip began in a gentle climb through the Nevada high desert. 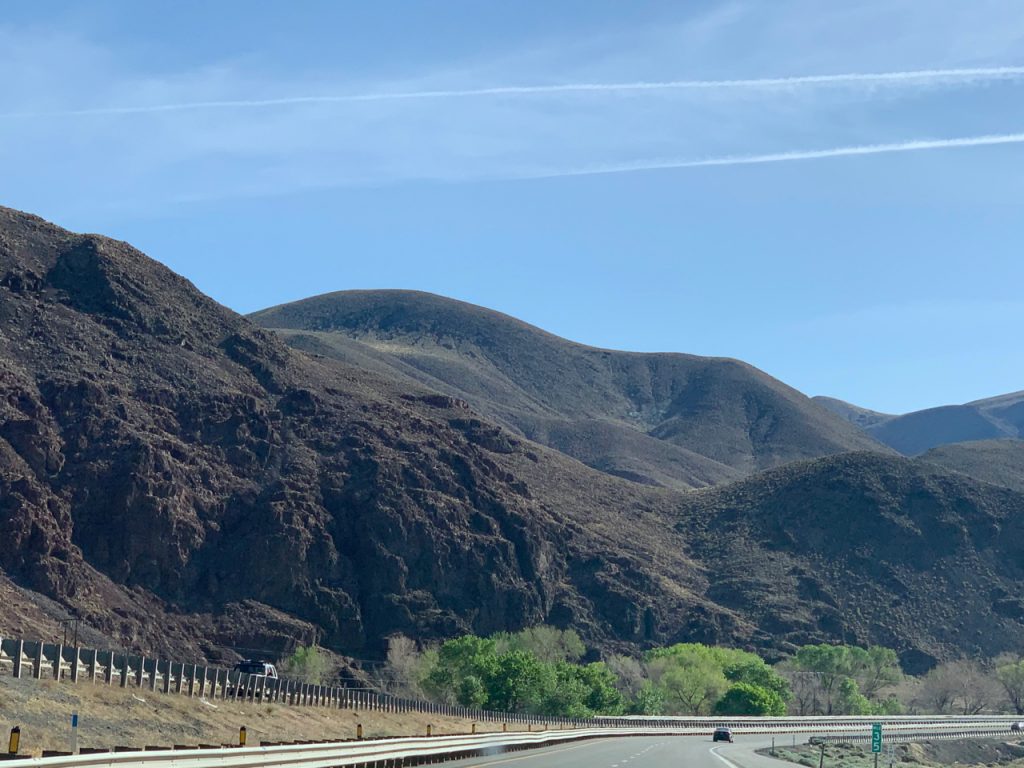 Miles and miles of freeway stretched before us, 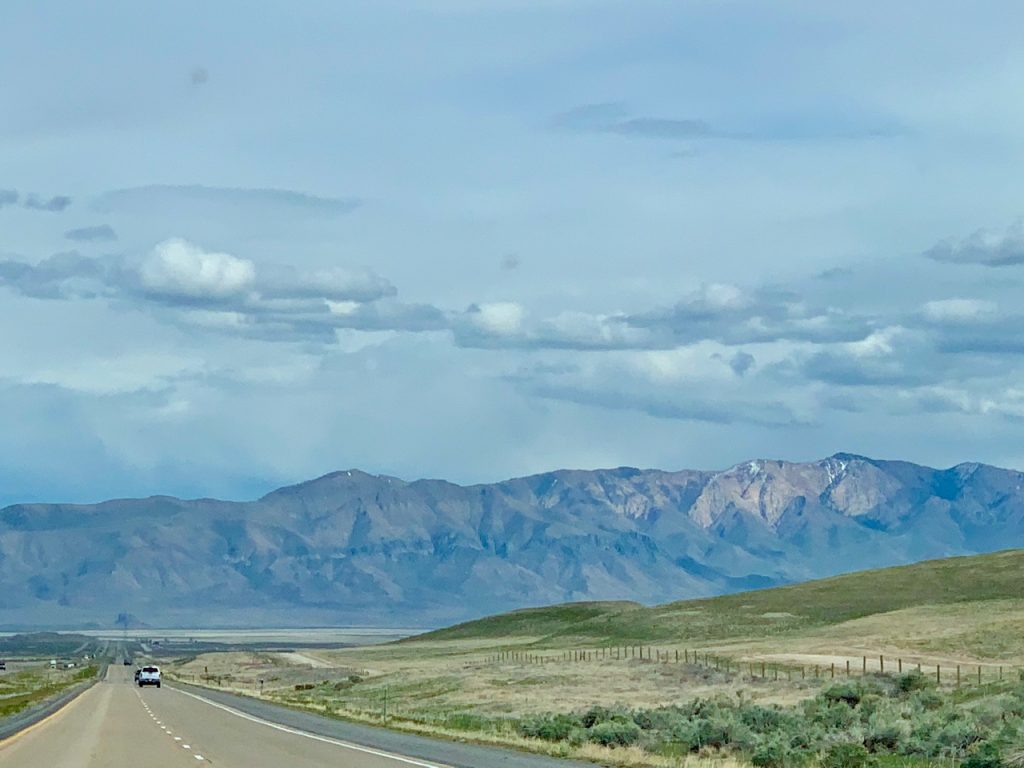 but we found that the region where we driving through had it’s own unique beauty. 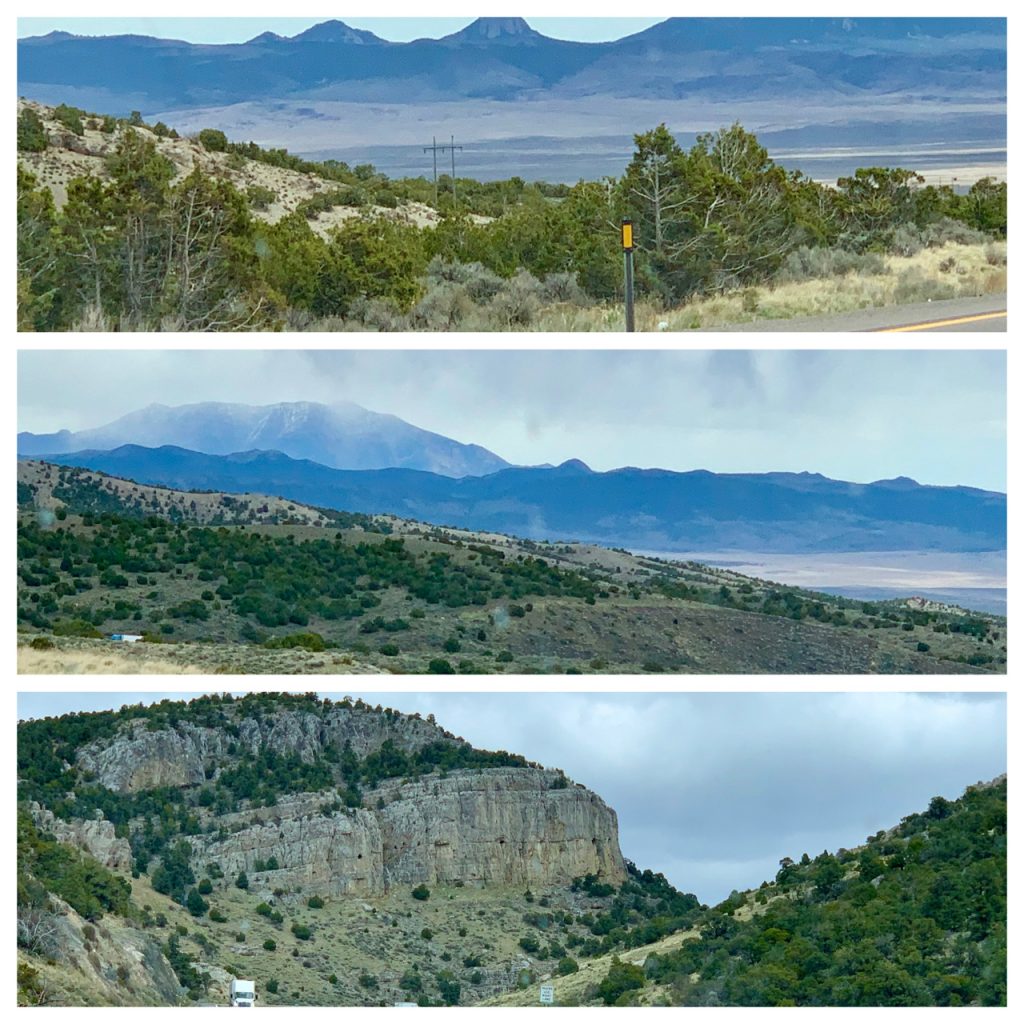 After nearly 400 miles, and four and a half hours, with one brief coffee stop, we crested a hill heading towards the border between Nevada and Utah. The surrounding scenery wasn’t exactly breath-taking but the distance views of the Salt Flats stretching ahead of us were. 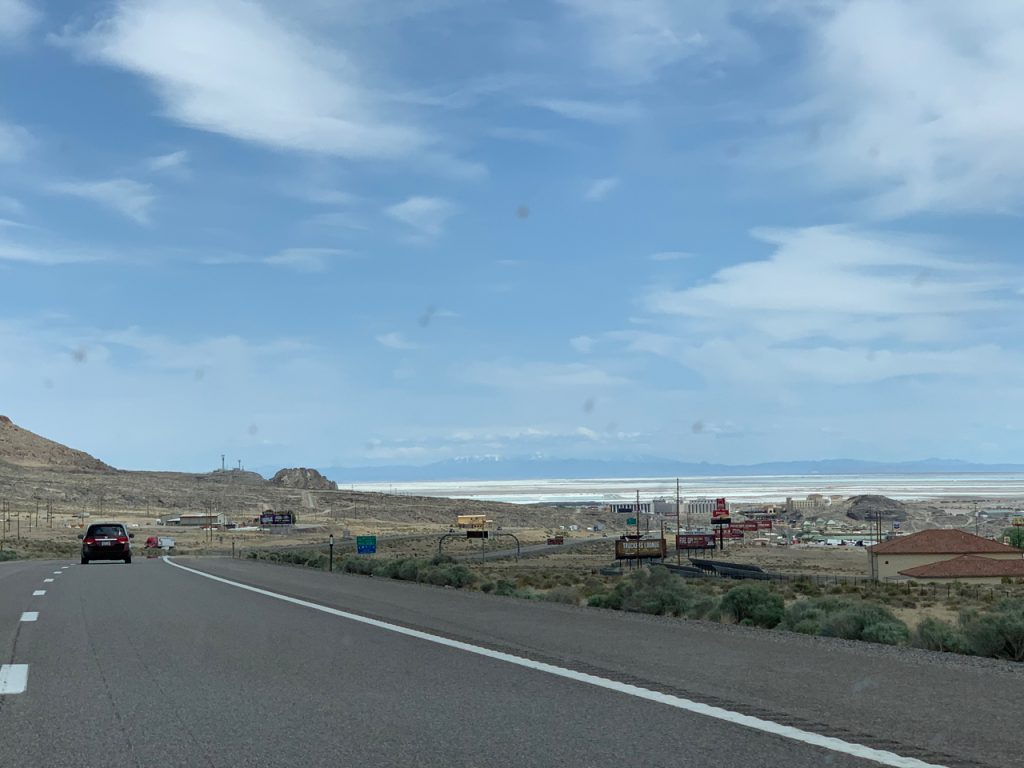 We stopped for a hasty lunch, trust me, the choices were fairly dismally predictable, before we were speeding alongside miles of salt covered, barren desert. One could almost be forgiven for thinking it had just snowed. 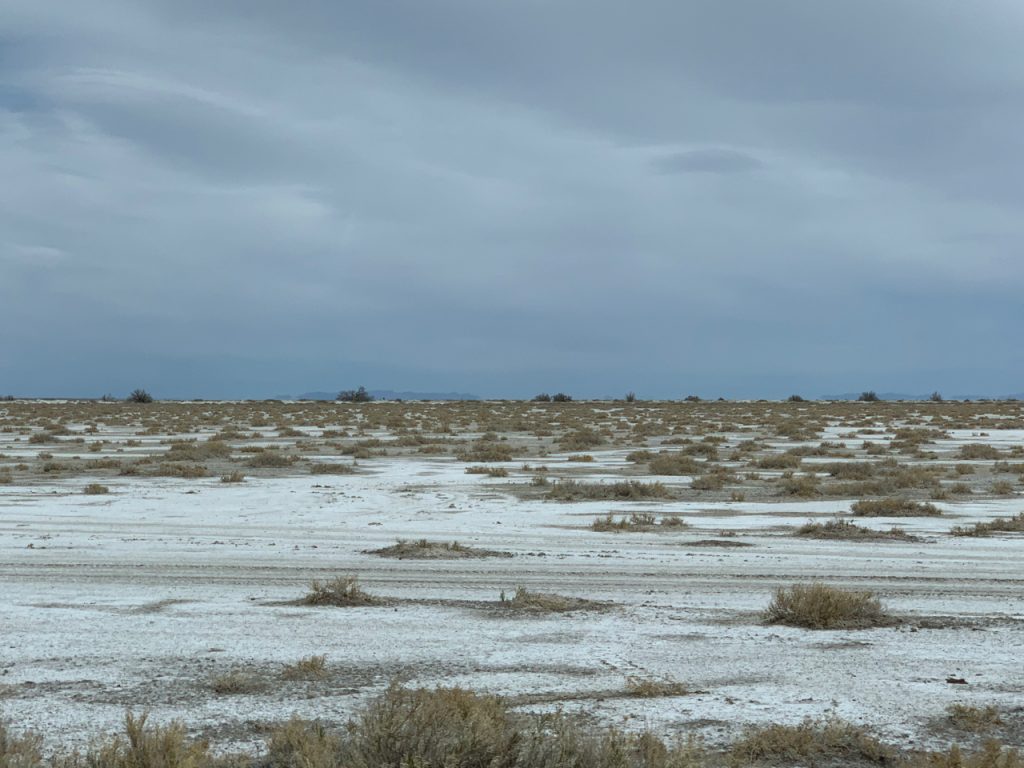 We then took a detour and this was our next stop. 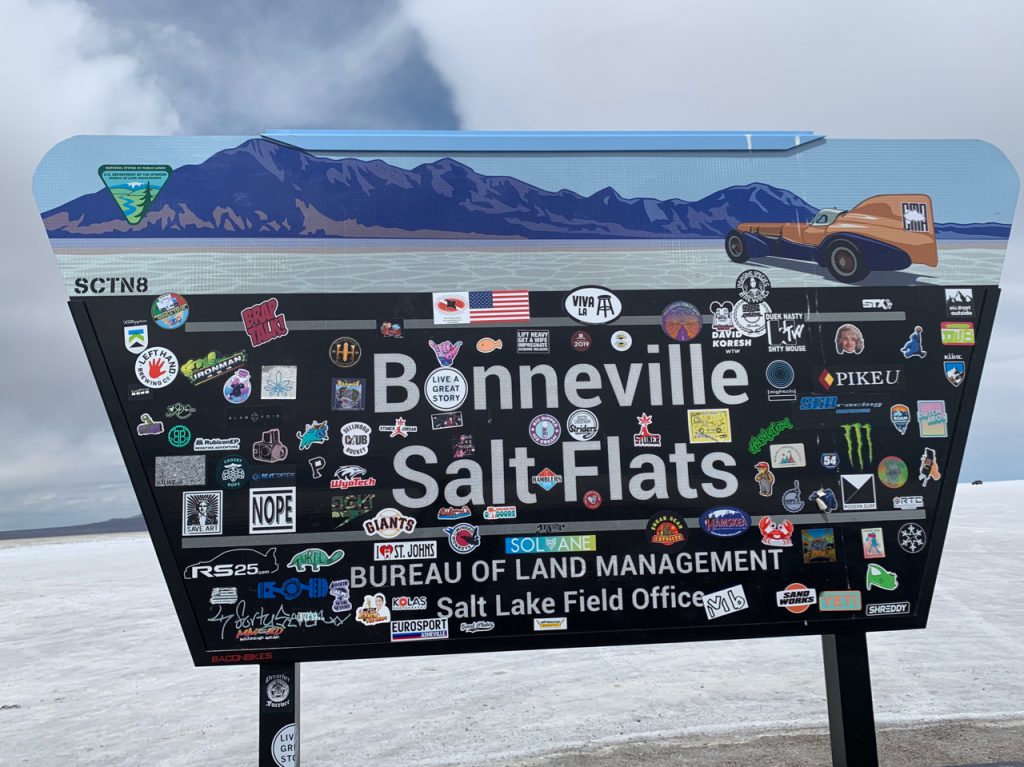 For anyone with an appreciation of motor sports history, such as my husband, Bonneville is a historic spot. It was here on 3 September 1935, that a fellow Brit, Sir Malcolm Campbell, set a land speed record, in his car, Bluebird V, becoming the first person to drive a car at over 300 mph, averaging 301.337 mph.

I should probably have mentioned earlier our mode of transport for this epic American road trip. Some would assume an R.V. or S.U.V. or a large, comfortable sedan. Those of you who know my husband will not be surprised that the wheels of choice were his Porsche 911. 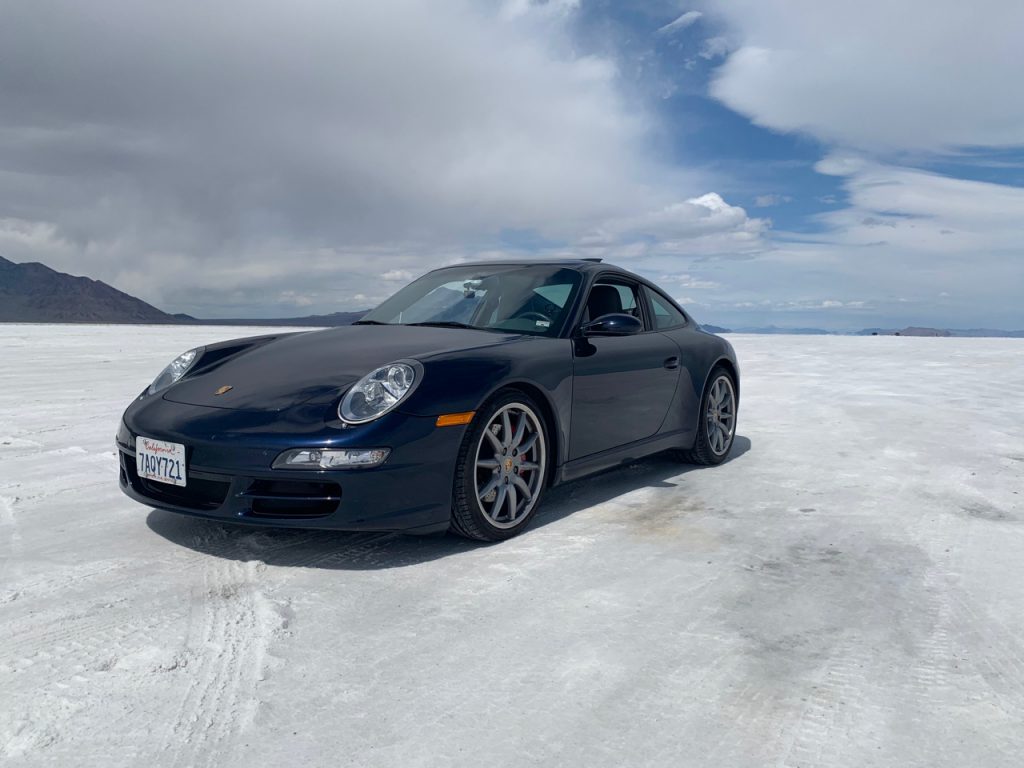 Not much room for luggage but more comfortable than you’d think and it probably explains how we got so far so quickly. Although the maximum speed achieved on the Salt Flats was about 5mph, our car was tentatively positioned over the rim, for posing purposes only!

After which our American road trip continued as we headed east on the ’80’ towards Salt Lake City. 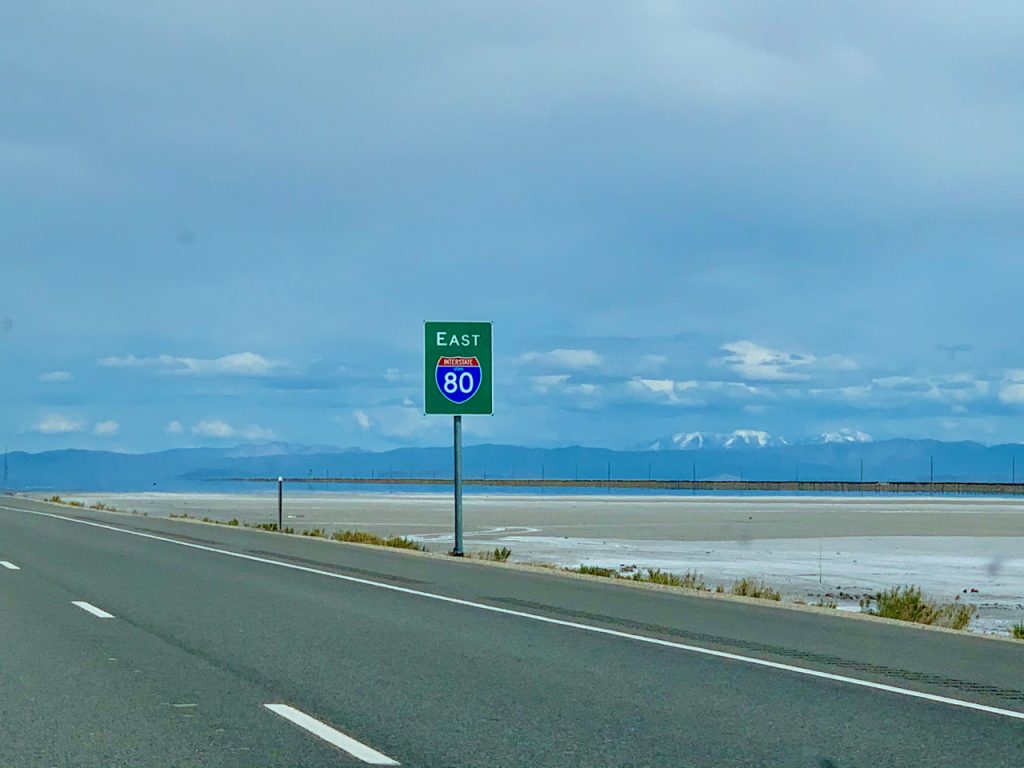 In less than an hour we had our first sighting of the Wasatch Mountains, part of the western Rockies, where we were going. 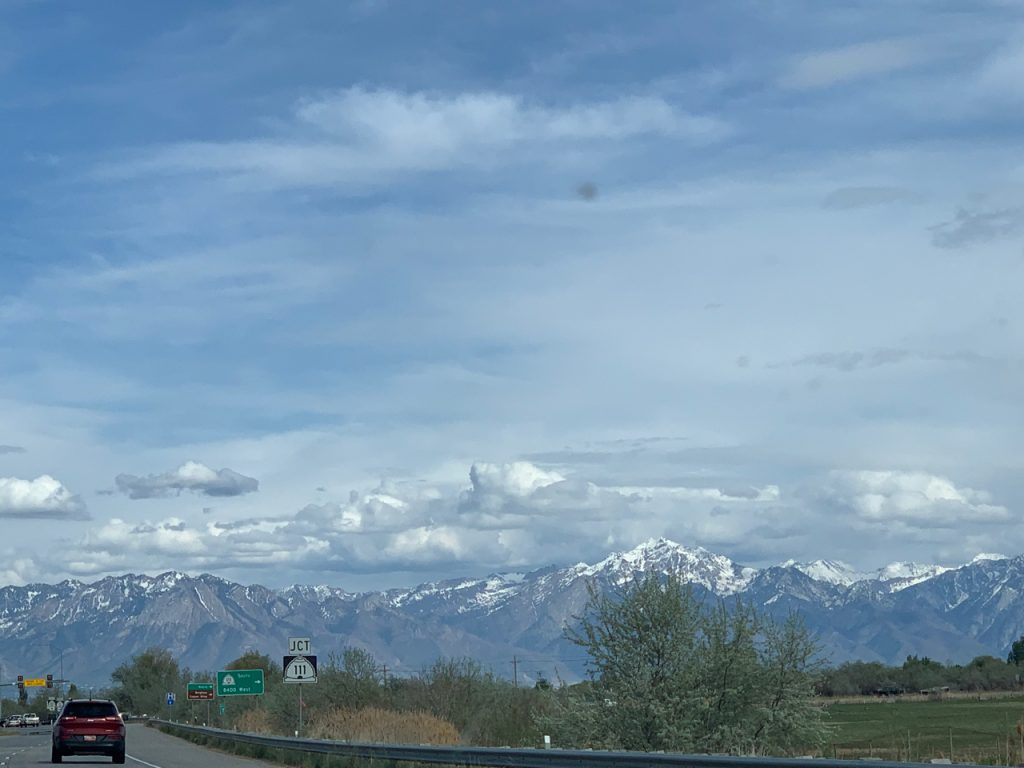 The mountains loomed closer as we finally saw the first road sign for our destination. 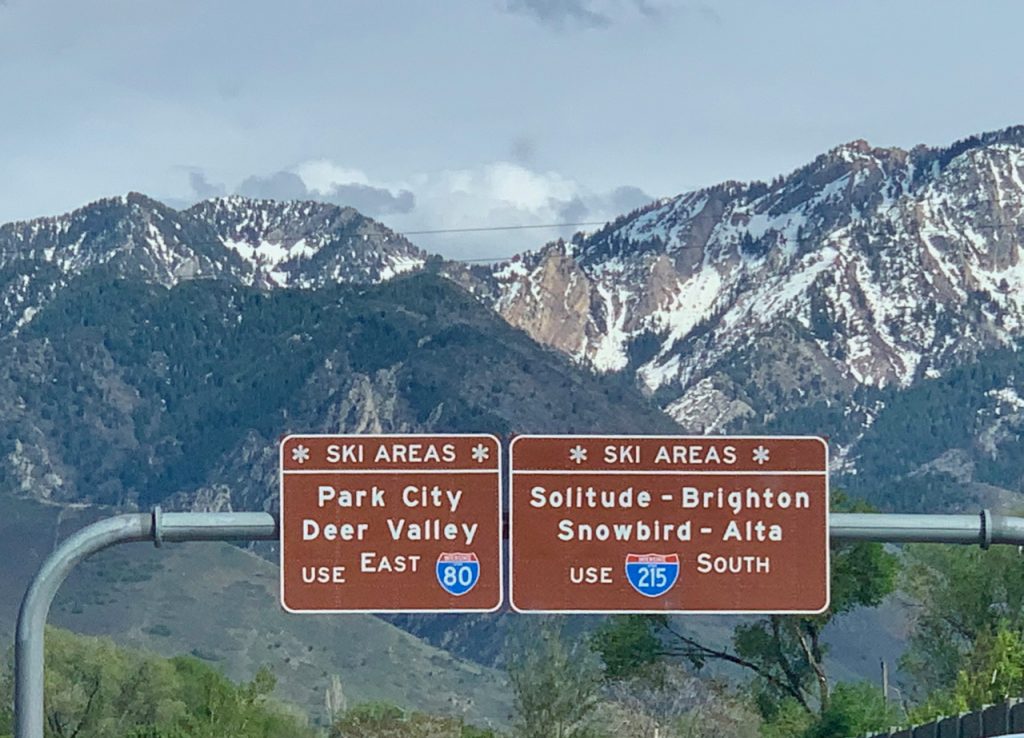 We left the ’80’ and began to climb towards Park City. 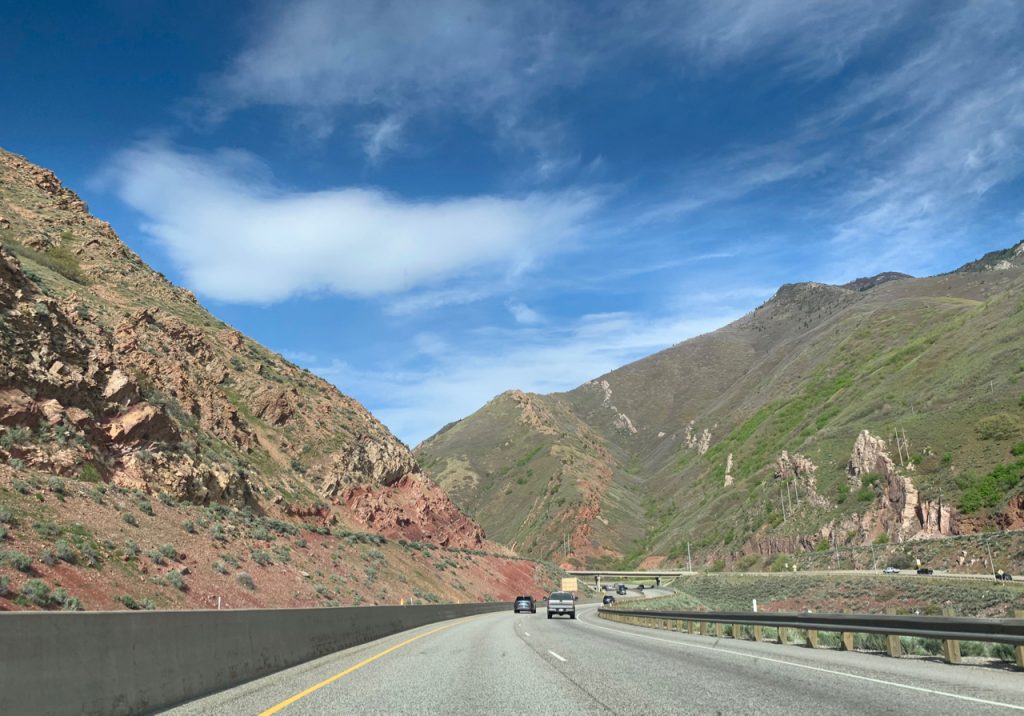 Finally, we were between the hills towards Deer Valley, just minutes from Park City. 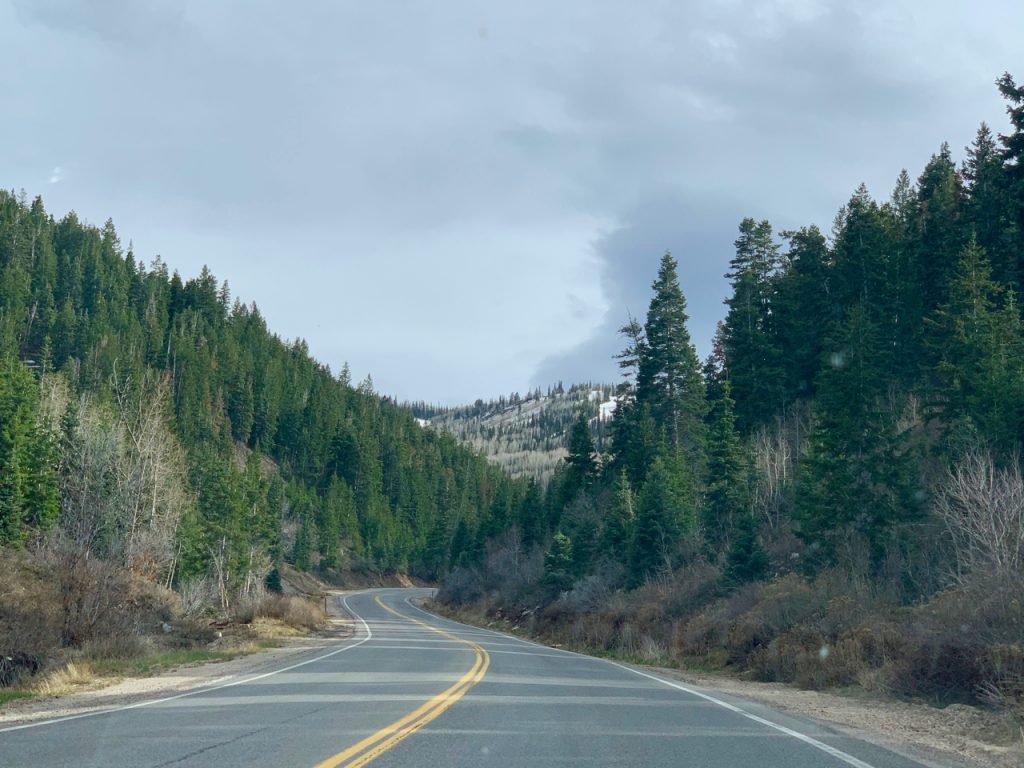 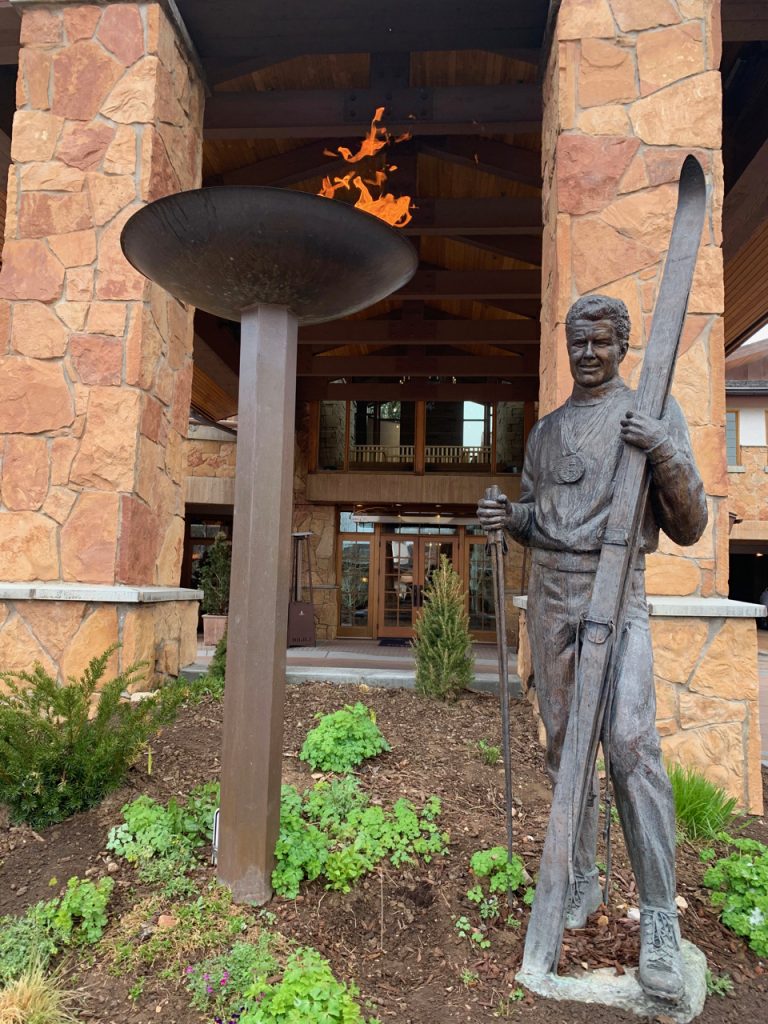 A sumptuous place to rest our heads after traveling 566 miles in about eight hours, we won’t mention any average speeds! 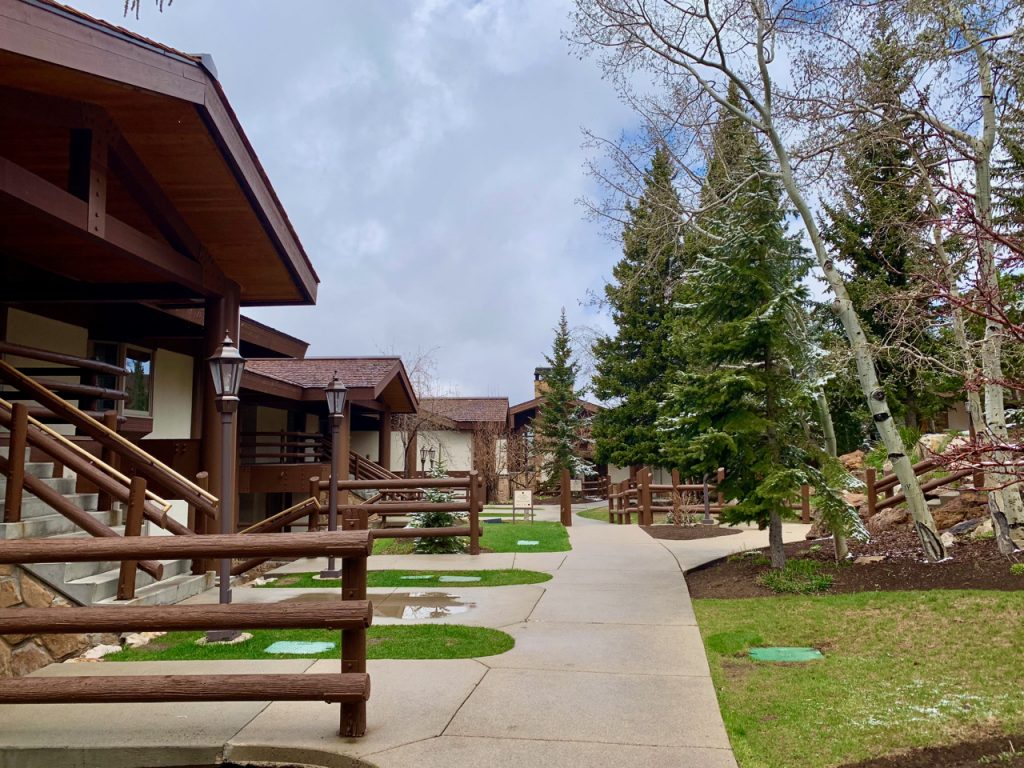 We awoke the next morning to stunning, snow kissed views from our balcony. 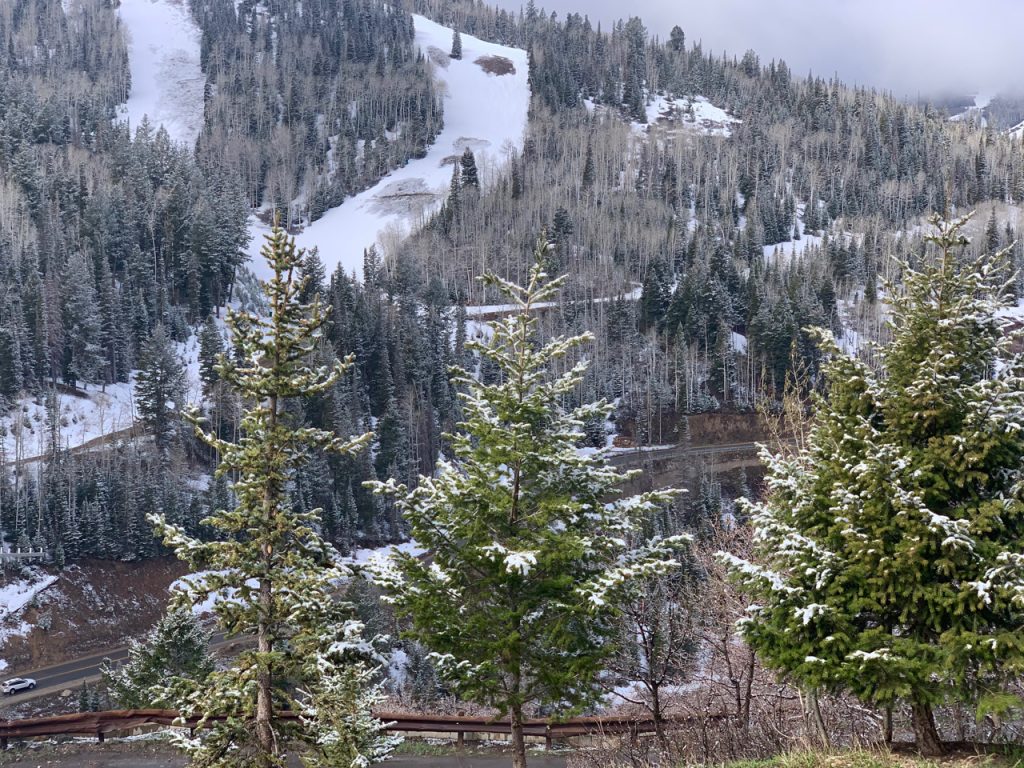 We spent the morning dodging brief snow flurries along the streets of Park City where, out of season it was fairly quiet. 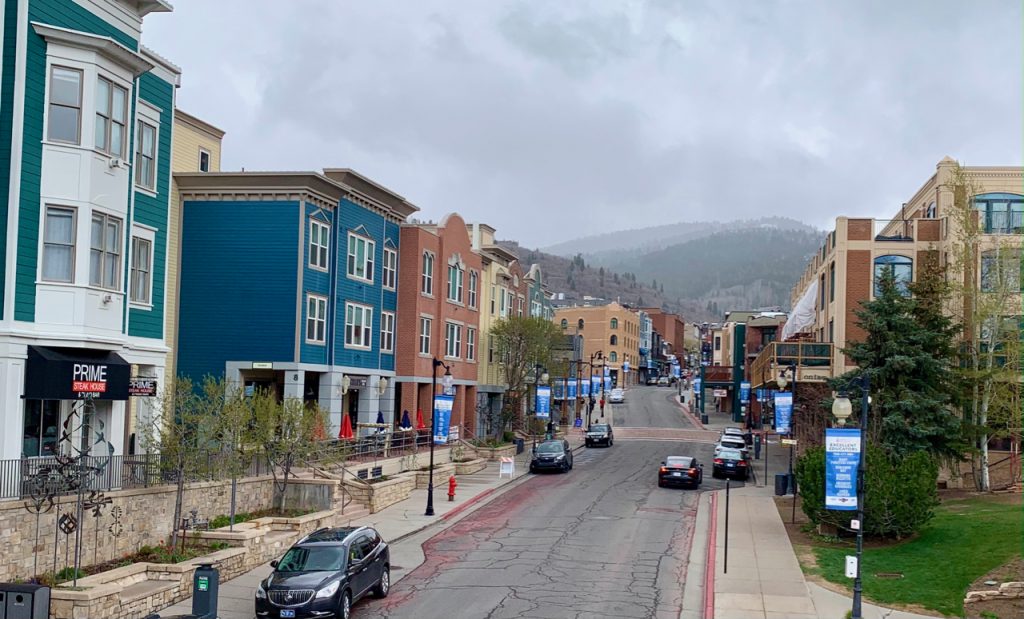 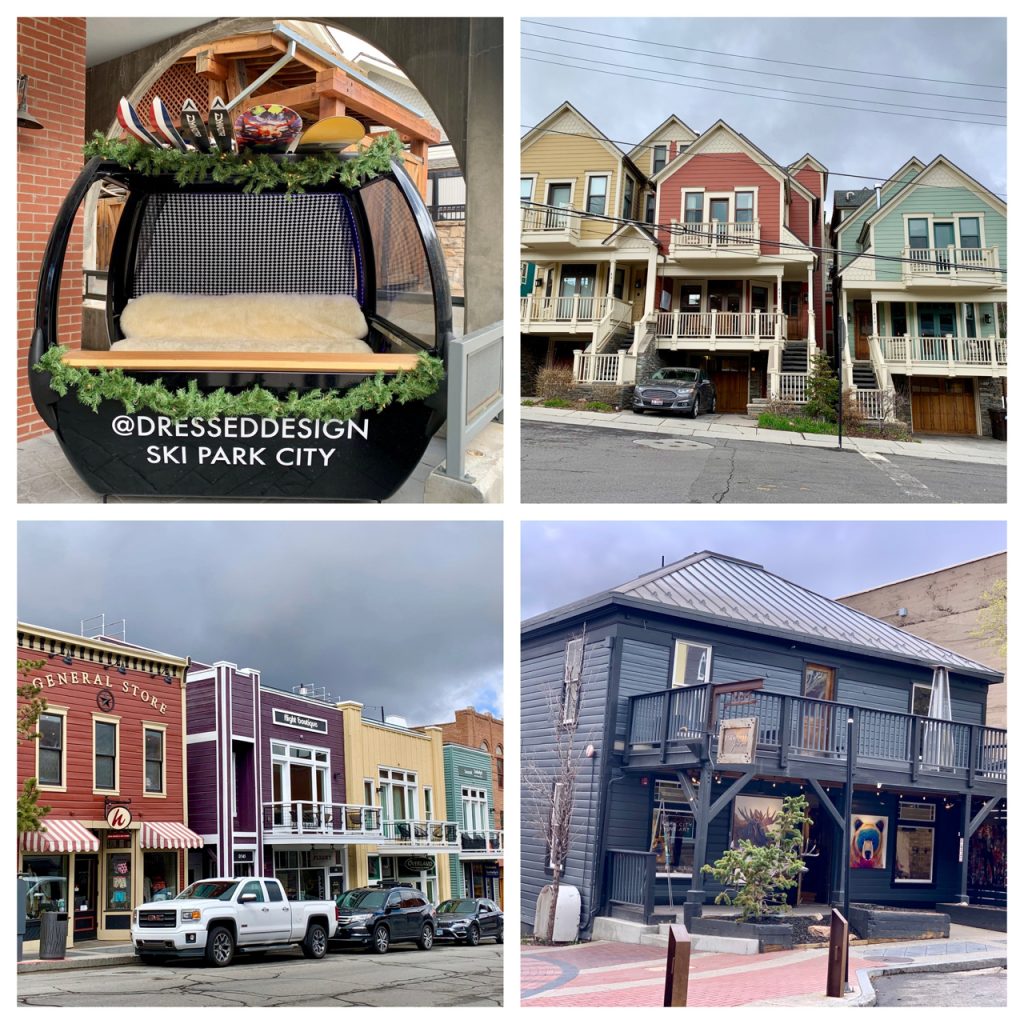 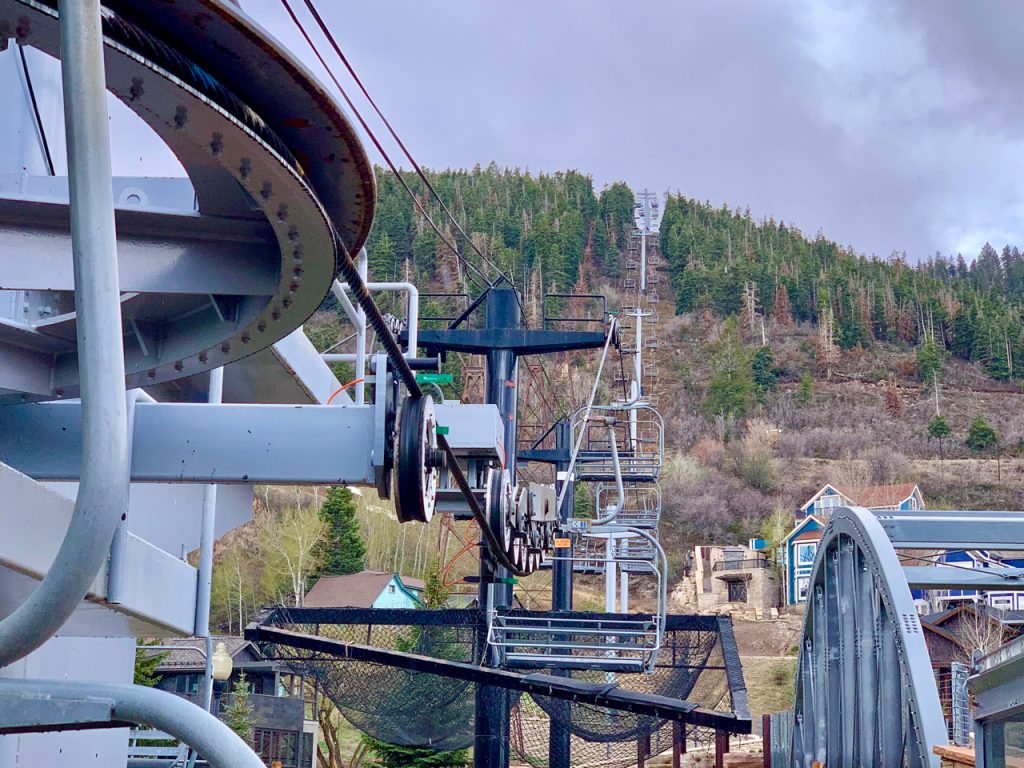 Beloved by skiers for its great terrain and its European flair, where you can ski right into the middle of town. Park City was also the proud host of the 2002 Winter Olympics. 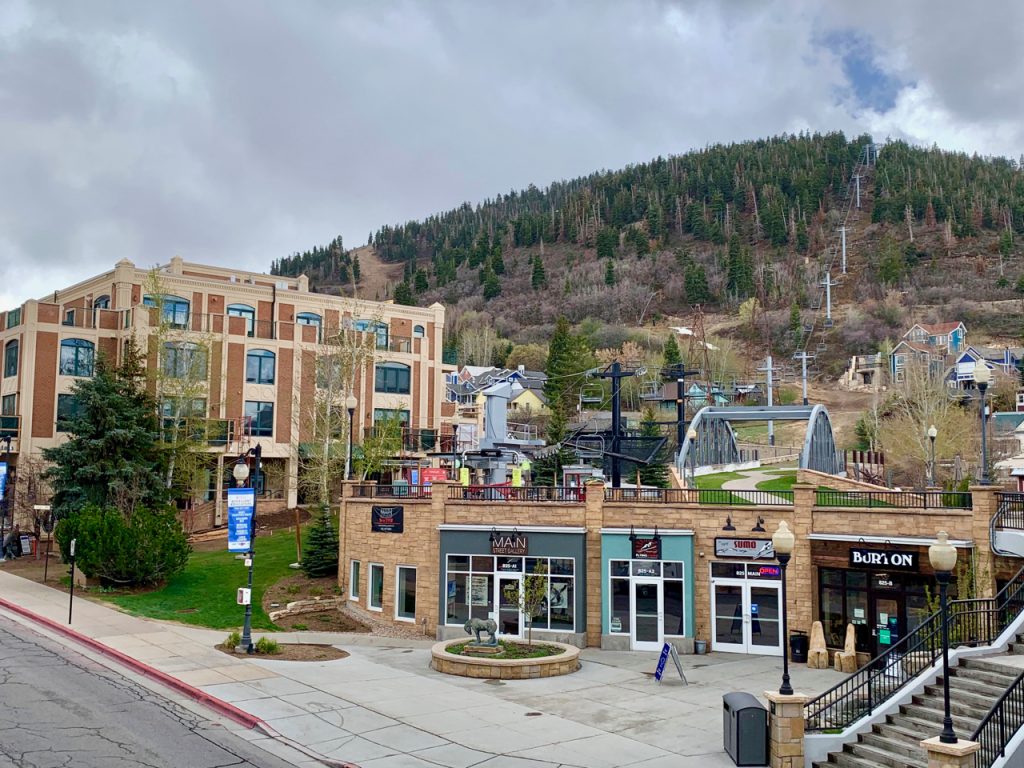 We thought it was charming. 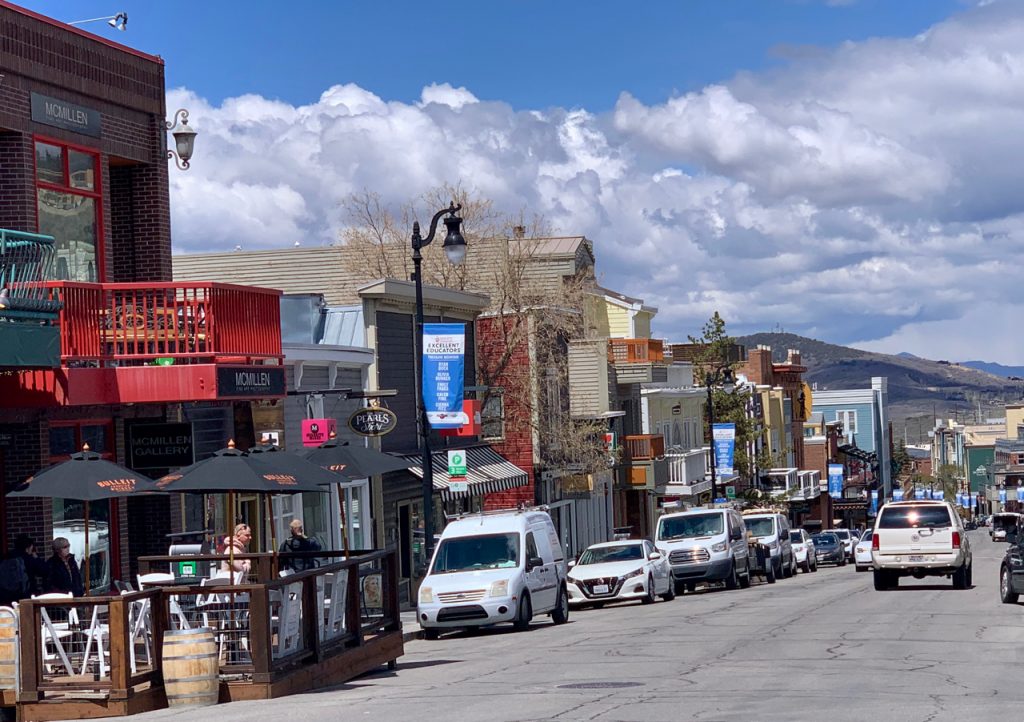 Tomorrow, on the 3rd day of our American road journey, we’ll be heading to Jackson Hole, Wyoming in the Grand Tetons, see you there! 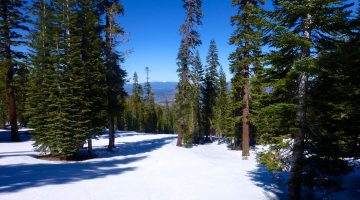 To ski or not to ski, that is the question?