‘The Sunflower Field,’ my debut novel, is written to honor the ‘few’, of which there were thousands, who during World War II, in words inspired by Winston Churchill, “gave so much, for so many.” In 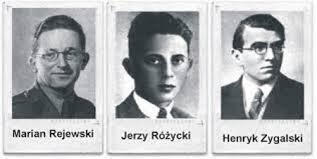 particular for three of those ‘few’, the Polish mathematicians, Jerzy Rozycki, Marian Rejewski and Henryk Zygalski, with whom lies the origins of one of the most significant contributions to the allied victory of World War II, the deciphering of the Nazi encrypted communication system, the Enigma code.

I discovered their story having lived in Uzès in the south of France. It led me to the gates of Château des Fouzes, a few kilometers from the town center. It was here, from 1940 to 1942, that these three men worked in secret, at this intelligence centre, code named CADIX, as part of an allied decryption unit.

The Legacy of the Poles who cracked the Enigma Code

As I stood outside the château’s gates, over seventy years later, the persistent chirping of crickets, like the ceaseless ticking of a clock, reminded me of all the minutes which had passed since these men had been here.

Yet World War II was not so long ago, it was my grandparents war, they fought in it, my parents lived through its deprivation, I, like my children, learnt about it in school and I studied it in college.

Like millions of others, I have visited the war memorials, line after line of white crosses, the museums filled with history, the beaches filled with memories, the concentration camps filled with glass containers of tiny shoes and the decimated villages filled with ruins and I have felt very small and humble. But never more so than when I stood outside Château des Fouzes, reading this small plaque, thinking about the unsung heroes it commemorates.

Rozycki, Rejewski and Zygalski, first cracked the Enigma code in 1932. The Enigma machine was originally developed in Holland just after the First World War as a cipher apparatus.

This small, typewriter looking device became available commercially and was popular with the banking industry.

Once it came into the exclusive hands of the German Armed Forces, it was developed further so that its possible configurations of approximately 158 million, million, million, made the Enigma code one that was considered unbreakable.

The importance of the Poles’ intelligence about the Enigma code, which they shared with the Allies on the eve of World War II, cannot be over emphasized. It lay the foundation for the subsequent decryption efforts at Bletchley Park in

England, led by Alan Turing. Even with Turing’s unquestioned genius, without the Poles’ contribution the ultimate final cracking of the Enigma code would have been delayed, World War II would have continued for perhaps as much as two further years, at a cost of thousands more lives.

The role the Poles played did not end in 1939, after the war had started they continued their critically important work from Paris and then in October 1940, assisted by the Resistance, from within the shadows of Château des Fouzes, until they were forced to flee in November 1942. Their achievements were monumental, the recognition for what they did far less so.

“…we shall fight in the fields and streets….. we shall never surrender.” 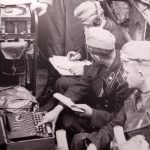 Standing by the château gates, contemplating all that had happened during those desperate times, I asked myself, if I had been alive then, what role would I have had? Would I have joined the Resistance, would I have had their courage, their resilience, their determination, prepared to risk my all in a world besieged by terror? Would I have been able to make the types of decisions that were forced upon them, to act without hesitation, to take another’s life, to stare death in the face and play my part in the fight for a cause so much bigger than myself?

People weren’t made differently seventy years ago, what was different were the unprecedented times they found themselves living in. It was perhaps the world’s darkest hour. It bought together many people from many nations, such as these Poles who, working alongside the French and the Spanish, sent their critically important decryptions back to the British.

I am not Polish, nor do I have any connections to Poland but staring across the château’s deserted courtyard I realised that the freedom and liberties I enjoy today was because of people like them.

Wandering away from this forgotten place, buried in the south of France, my path took me down the same rutted track where their feet had trodden, between fields of dancing sunflowers and I knew that theirs was a story I had to tell.

I believe in serendipity, that maybe we are all connected by a mere six degrees of separation. So if anyone reading this can help me, as I actively seek The Sunflower Field’s publication, I’d be forever grateful. I would so love to publish this book, yes of course for me but more importantly for Jerzy Rozycki, Marian Rejewski and Henryk Zygalski, some of “the few, who gave so much, for so many………..”

Read more about The Sunflower Field by clicking here 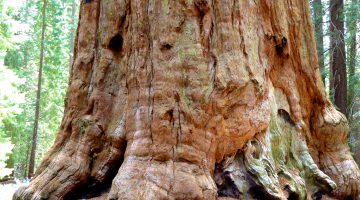