D-Day, June 6 1944, known by the brilliant strategists that oversaw it as ‘Operation Overlord’, is perhaps one of the most meticulously researched and planned military operations ever executed. An immortal day, forever written in the sands of time that mercifully changed the fate of the world in the battle to overcome oppression. Four years earlier, faced with impossible odds and standing almost entirely alone, the newly elected British prime minister, Winston Churchill, had inspired his nation and perhaps the entire world that, whatever the cost, he would lead them in this battle for freedom. It was a promise that he kept.

No matter the length of time that has passed or the number of times one visits, the momentous sacrifice and achievement of Normandy remains both humbling and astoundingly impressive. Never more so than this time with my eighty-seven year old mother, watching her at the British Normandy Memorial gazing up at the statue of the soldiers, remembering her father who fought and the war that stole her childhood. 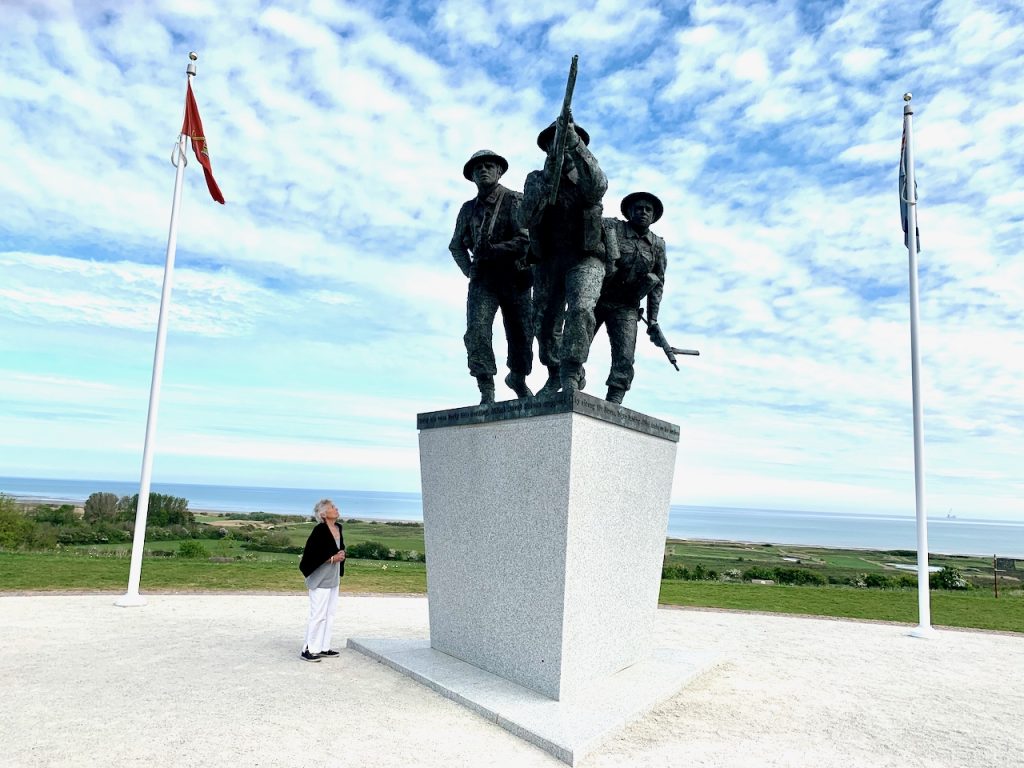 Gazing out across the calm waters and clear skies on an early summer morning it seemed almost impossible that this was the stage for such terrifying theatre. 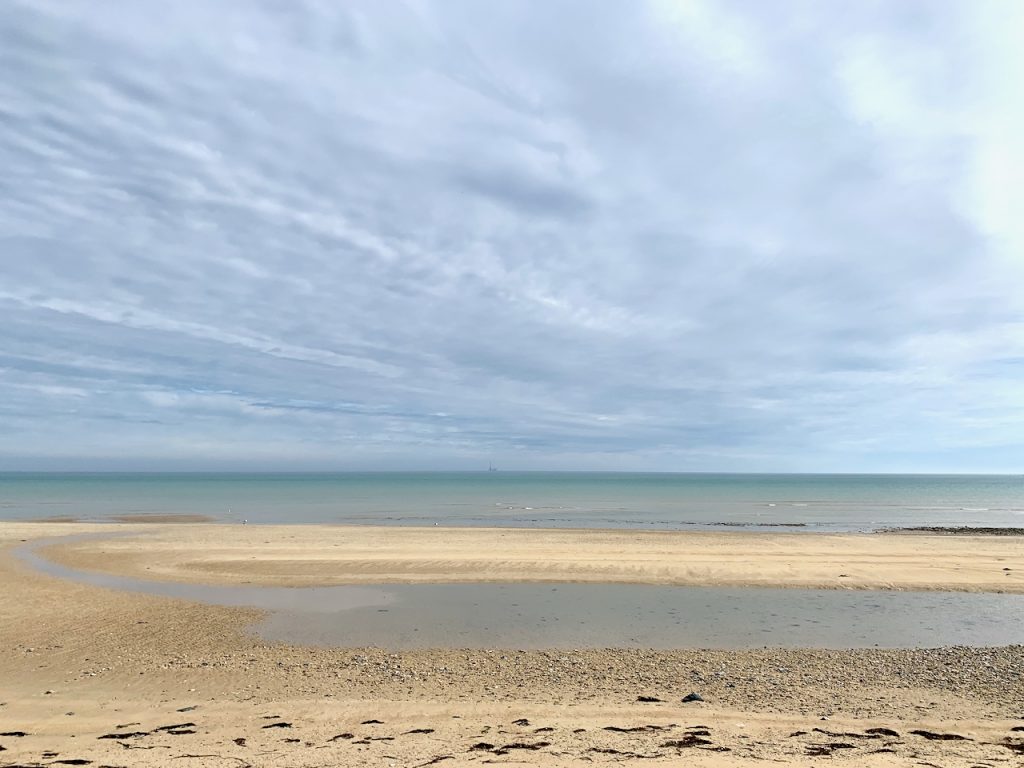 Then the horizon flickered and you could almost hear the chilling noise of battle, imagining the horrific assault that took place here nearly eighty years ago when thousands of Allied troops landed on the Normandy Beaches. Assaulted by heavy gunfire, battling through the waves, their boots sinking into the sand, surrounded by the agonized cries of the dying and stench of death they stormed these shores. 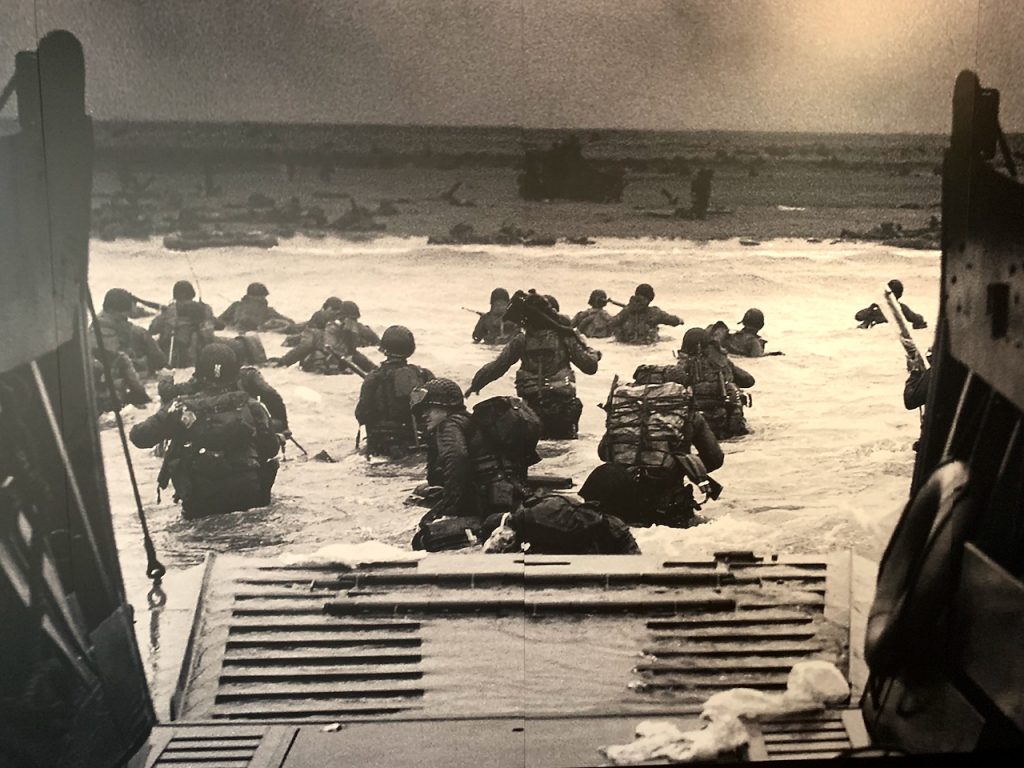 A photograph from the Normandy American Cemetery & Memorial

With the fate of the entire free world resting on their shoulders, supported throughout the day by Allied naval and air services, sixty two thousand British soldiers landed on Gold and Sword Beaches, fourteen thousand Canadians on Juno Beach and seventy three thousand Americans on Omaha and Utah Beaches. 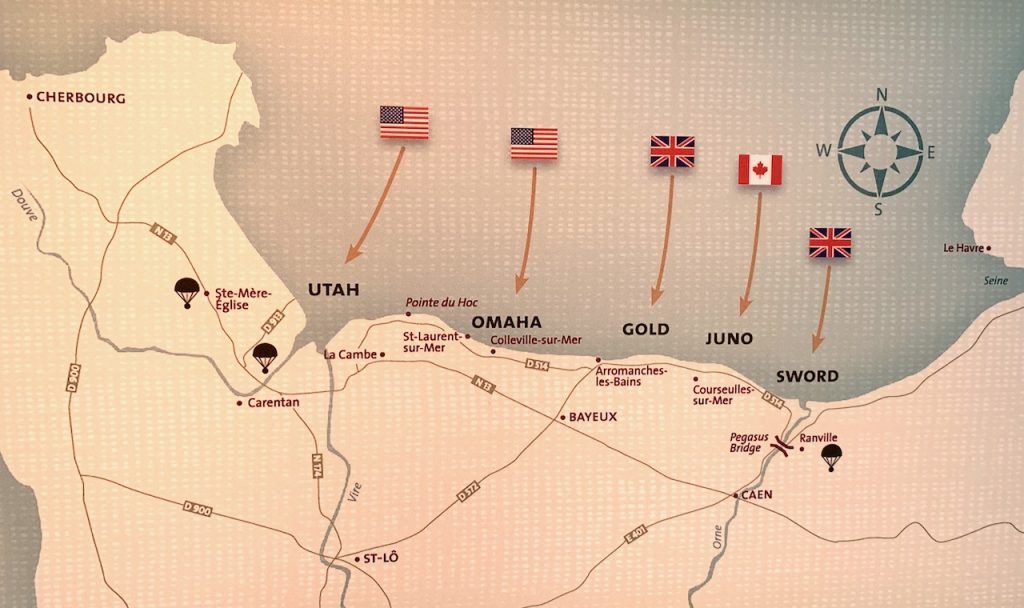 Against all odds, with an armor of courage and determination, these predominantly very young men plundered through rapidly expanding, watery, graveyards, knowing at any moment they could fall into the same final resting place. By nightfall thousands of lives had been sacrificed but the door to liberation had been opened, the battle for Normandy begun. 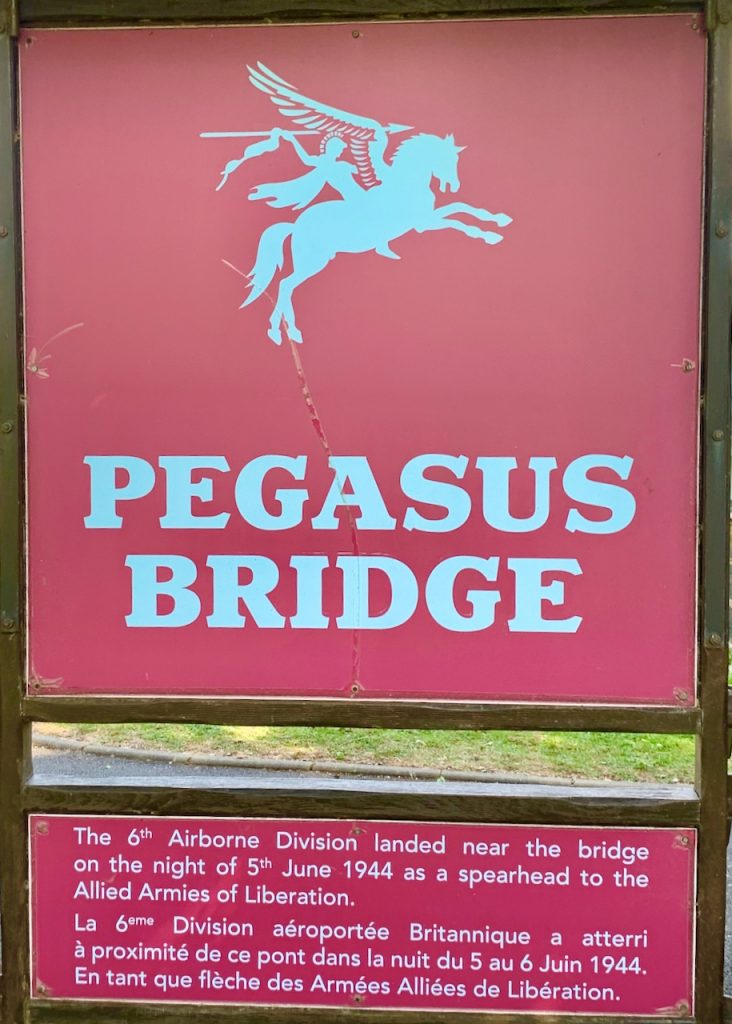 Pegasus Bridge, (originally called the Bénouville Bridge after its neighbouring village), was one of the first objectives of the entire Normandy invasion. Along with the bridge over the River Orne bridging the gap between Caen and the sea, these bridges were of immense strategic importance. 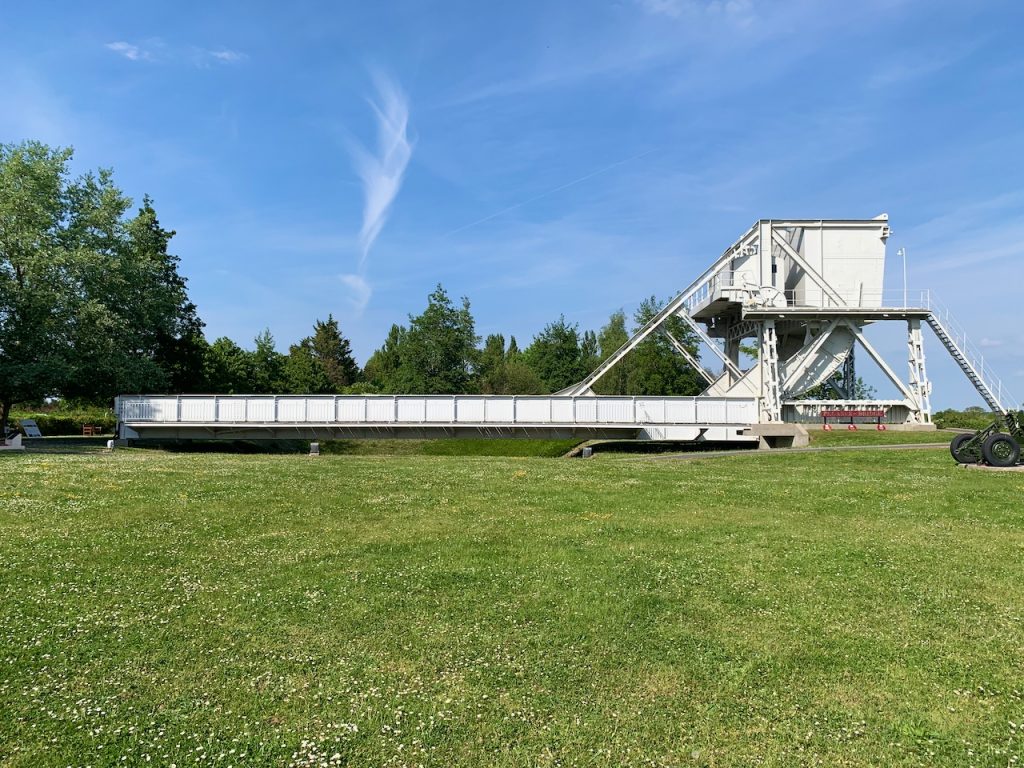 The replica of the original bridge at the Pegasus Bridge Memorial

Just after the clock struck midnight on the dawn of June 6th 1944, six Horsa gliders carrying assault troops were cast off from a Halifax tug aircraft six miles from their target. 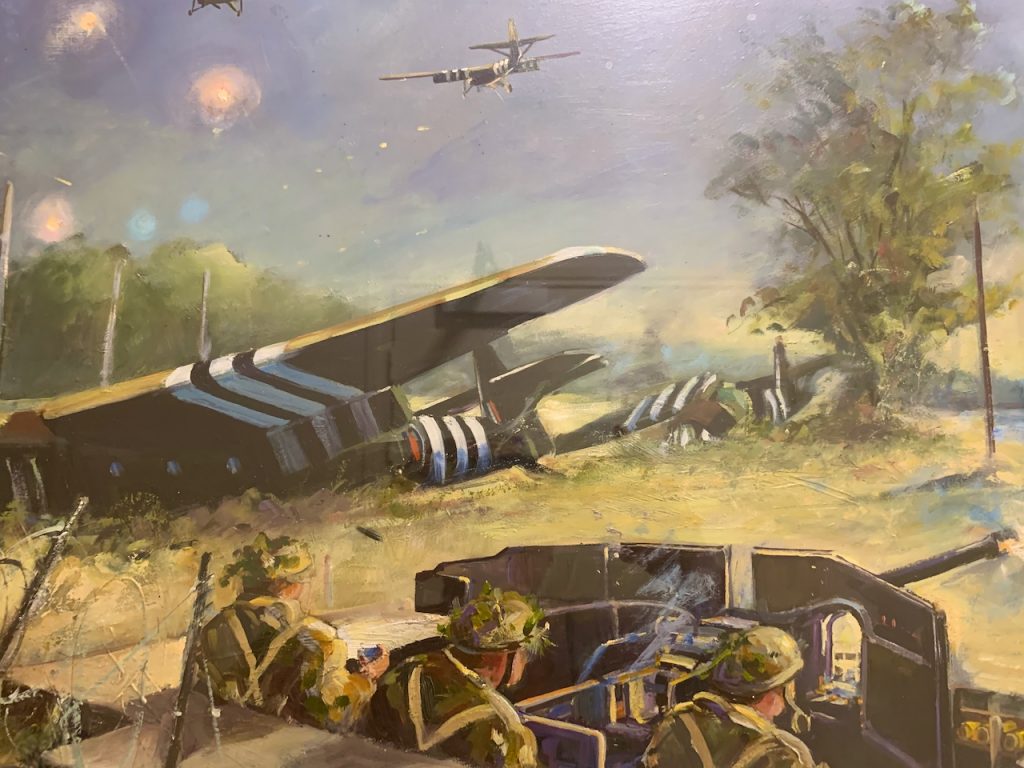 Within the first thirty minutes of the D-Day operation, the bridges were captured by the 2nd (Airborne) Battalion Oxfordshire and Buckinghamshire light Infantry, (part of the 6th Airborne Division) led by Major John Howard. The precision and courage of these pilots is considered one of the war’s finest feats of airman ship.

None of the existing gliders remain in existence but in 2002 the D-Day Commemoration Committee financed a full-sized replica. 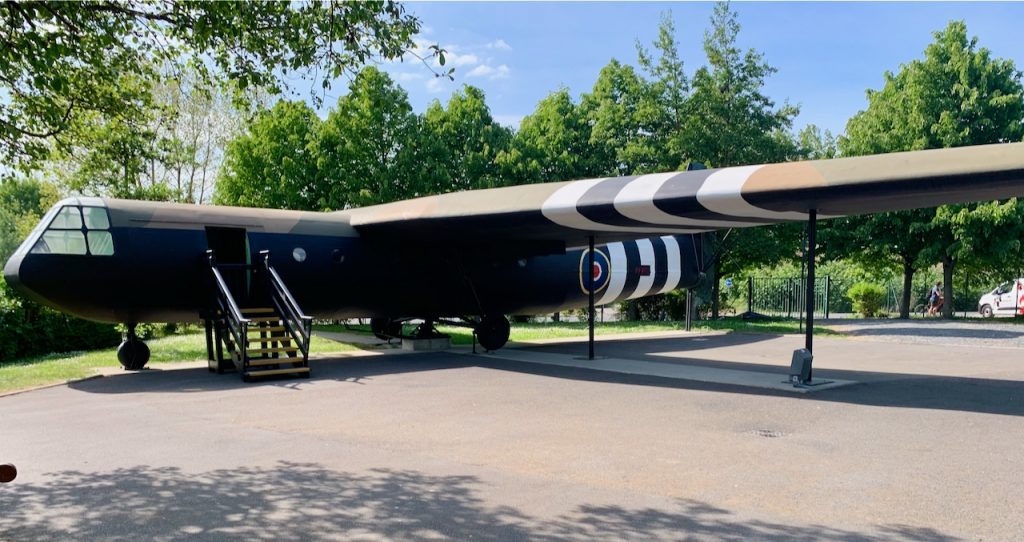 During the Normandy Landings a total of three hundred & eighteen Horsa gliders landed with the 6th British Airborne Division. These gliders could transport up to thirty troops with a jeep and trailer or six pound anti-tank gun, motorbikes and bicycles. 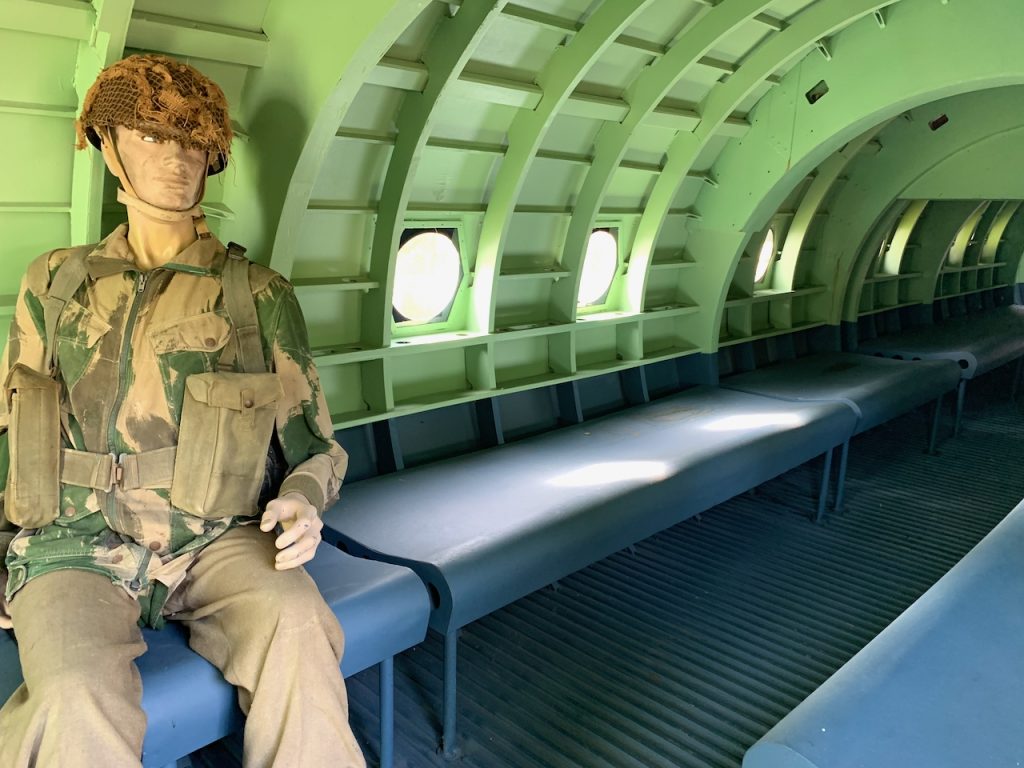 This photograph of Pegasus Bridge shows the three Horsa gliders in the background. The trees to the right were later cut down and used as decking for the Bailey bridges across the River Orne and Caen Canal. 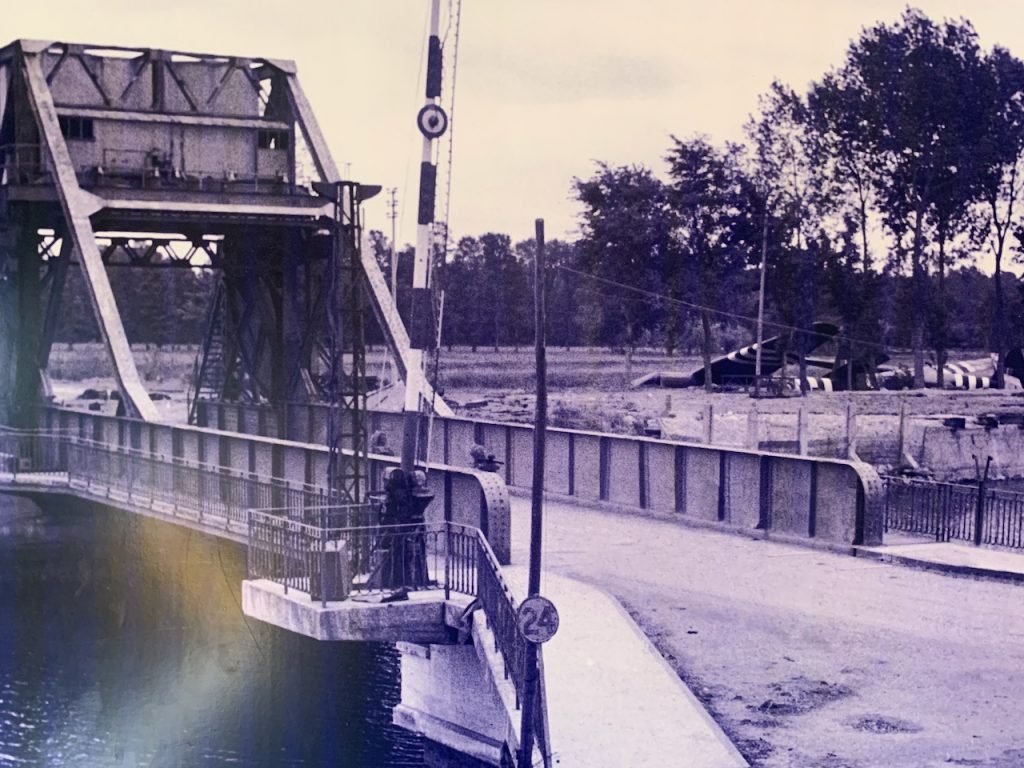 For information about visiting The Pegasus Bridge Memorial click here

Field Marshal Erwin Rommel masterminded the defenses of Europe with a vast network of coastal fortifications known as the ‘Atlantic Wall’. Built between 1943 -1944 they covered 1670 miles from The North Cape in Norway to the border between Spain and France. The strongest fortifications faced Great Britain. There were also thousands of sea and land mines and long range artillery capable of shooting up to twenty five miles known as ‘Rommel’s Asparagus’. In addition to the natural obstacles of the weather, sea and steep cliffs these defenses had to be overcome.

The fortified Merville Coast Battery were part of Rommel’s defenses. Its guns protected Sword Beach and had to be eliminated before the D-Day landings could take place. 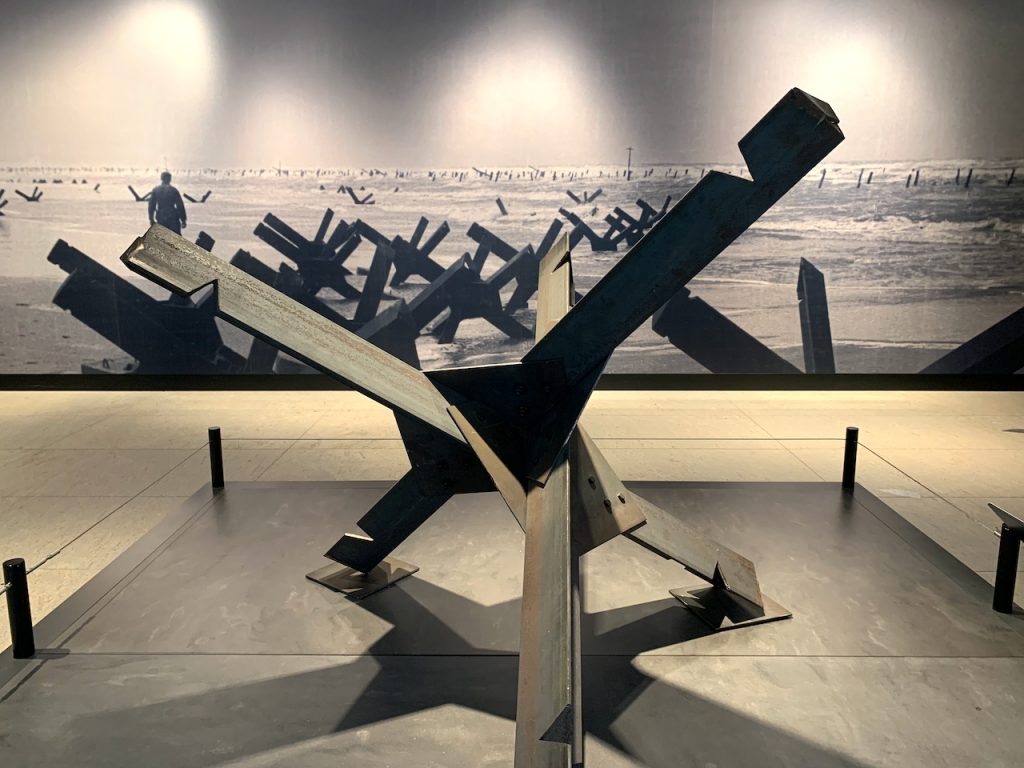 Early on D-Day at 0.05, seven hundred men from the British Parachute Battalion were dropped scattering over many miles, only hundred and fifty of them landed on target. 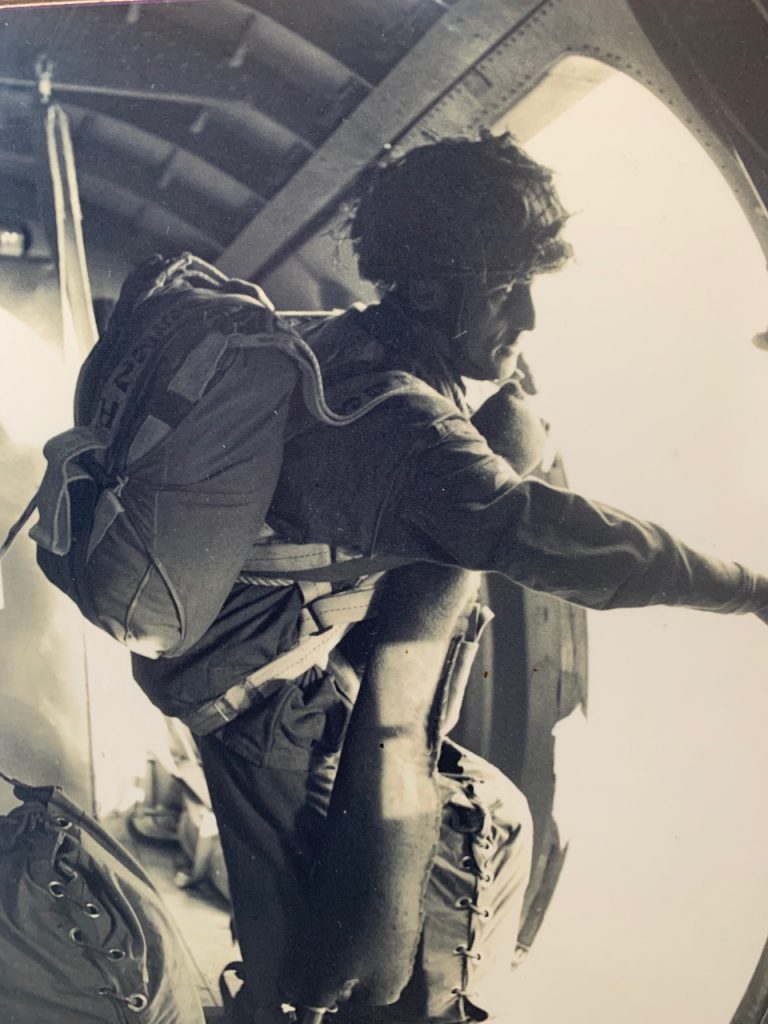 With only one medium machine gun, no mortars or mine detectors and a minimum number of explosives these paratroopers heroically overran the enemy. Just half of them survived, one thousand men from the 6th Airborne division were killed.

In addition to Pegasus Bridge the other critical place needing to be captured on D-Day was Pointe-Du-Hoc. Before the war Pointe -du-Hoc was a quiet, coastal spot which the Germans had transformed into a fortified stronghold protecting a battery of heavy guns. 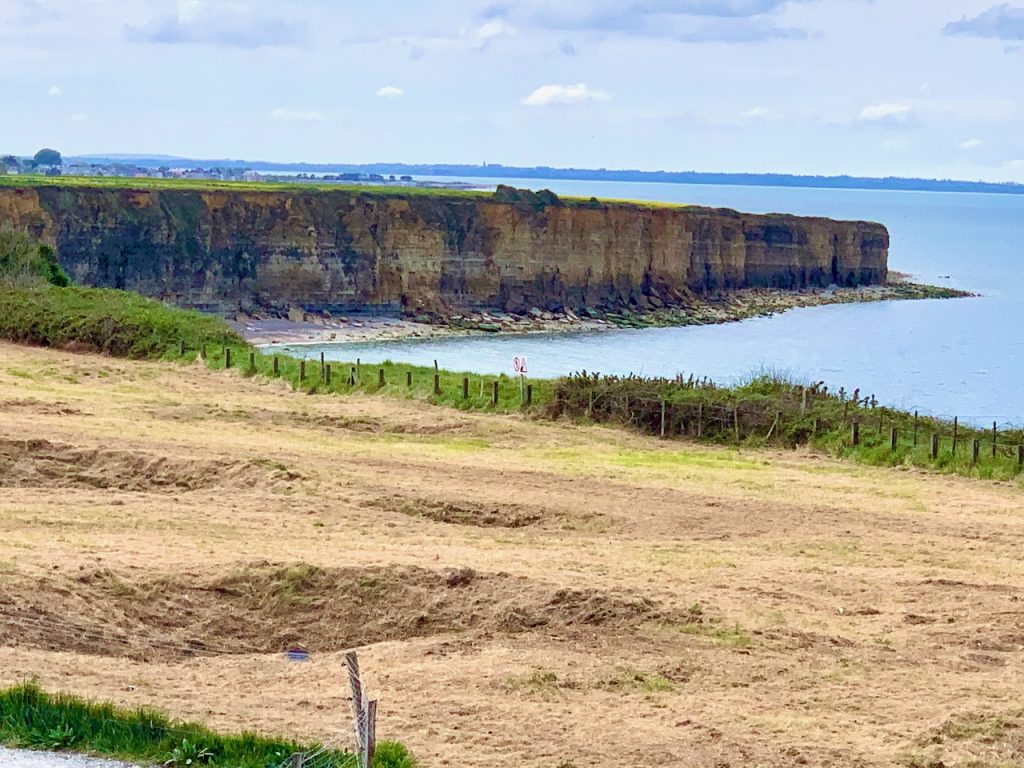 The Germans had planned to build six gun 155mm coastal gun casements at Pointe-du-Hoc to protect their guns and the soldiers. 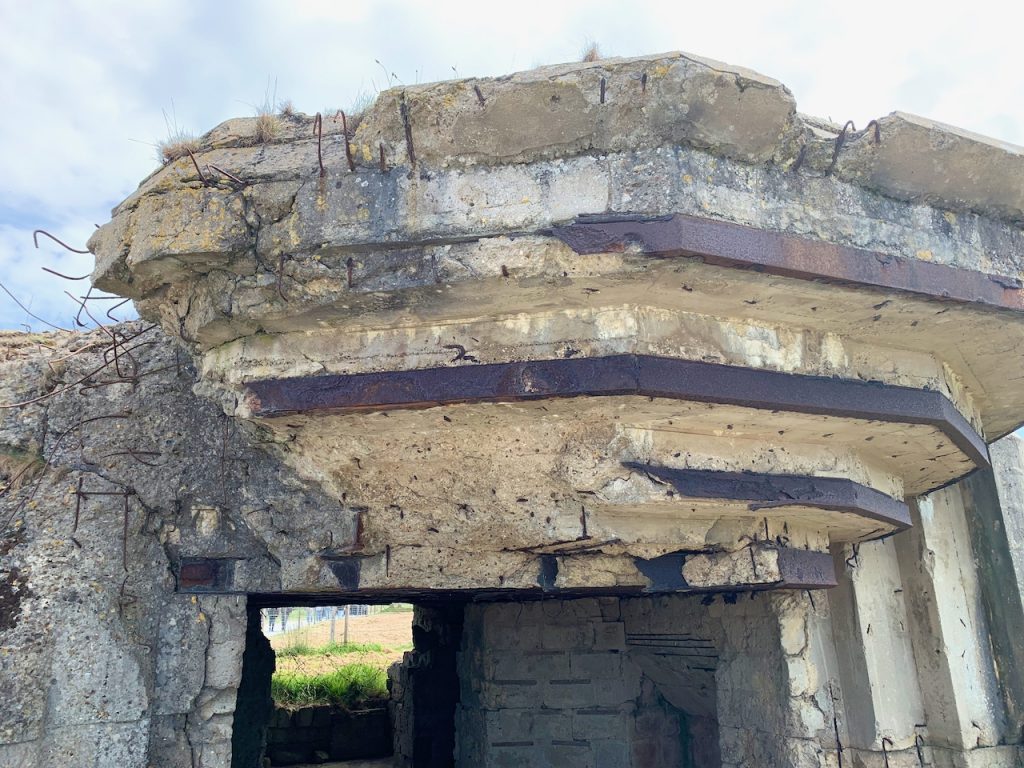 The remains of a German gun emplacements at Pointe-du-Hoc

However Allied bombardment and sabotage by the French Resistance meant there were only two completed by D-Day. 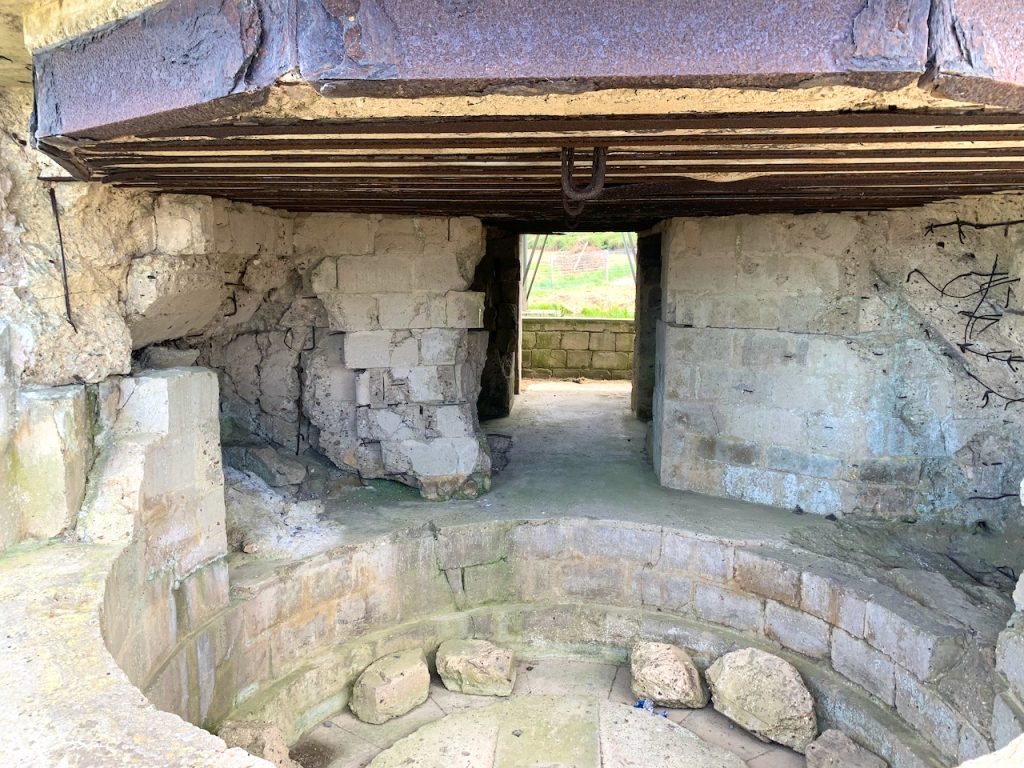 Inside a German gun emplacement at Pointe-Du-Hoc

This heavily defended point upon the cliffs had artillery with a range of twelve miles with the potential to destroy both ships and soldiers on Omaha and Utah beaches. Seizing Pointe-du-Hoc was one of the highest priorities on D-Day. 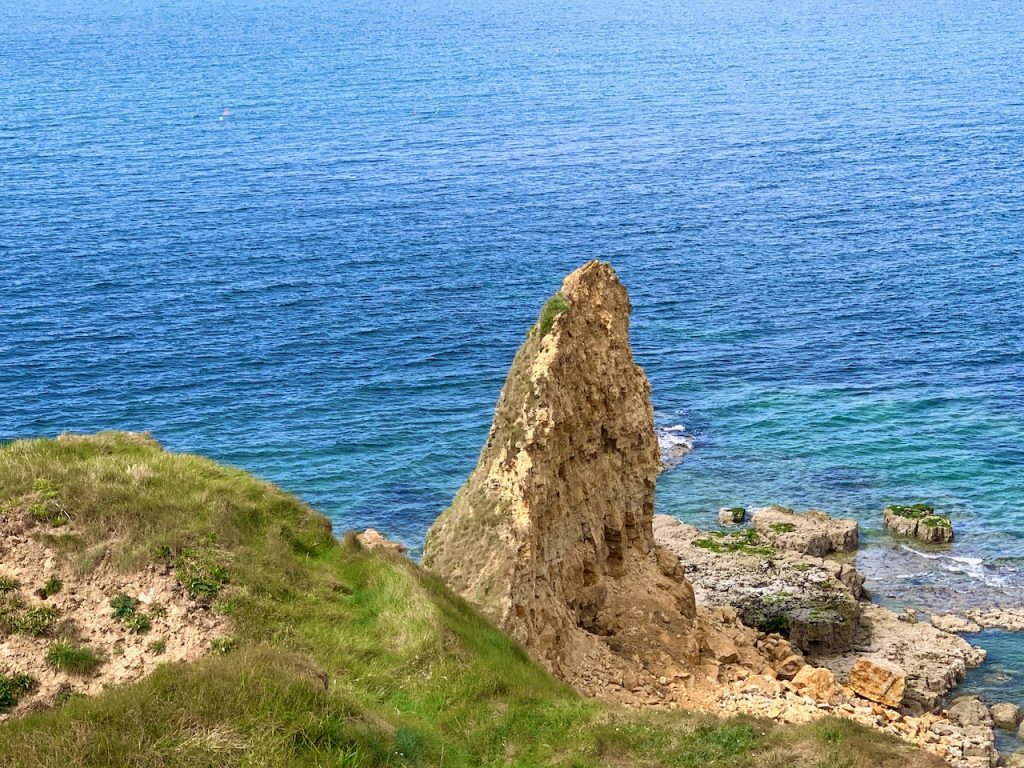 Its’ strategic position on a narrow outcrop made an attack from the rear or a parachute drop almost impossible. An assault from the front up the perilous cliff faces below the beach was the only choice. 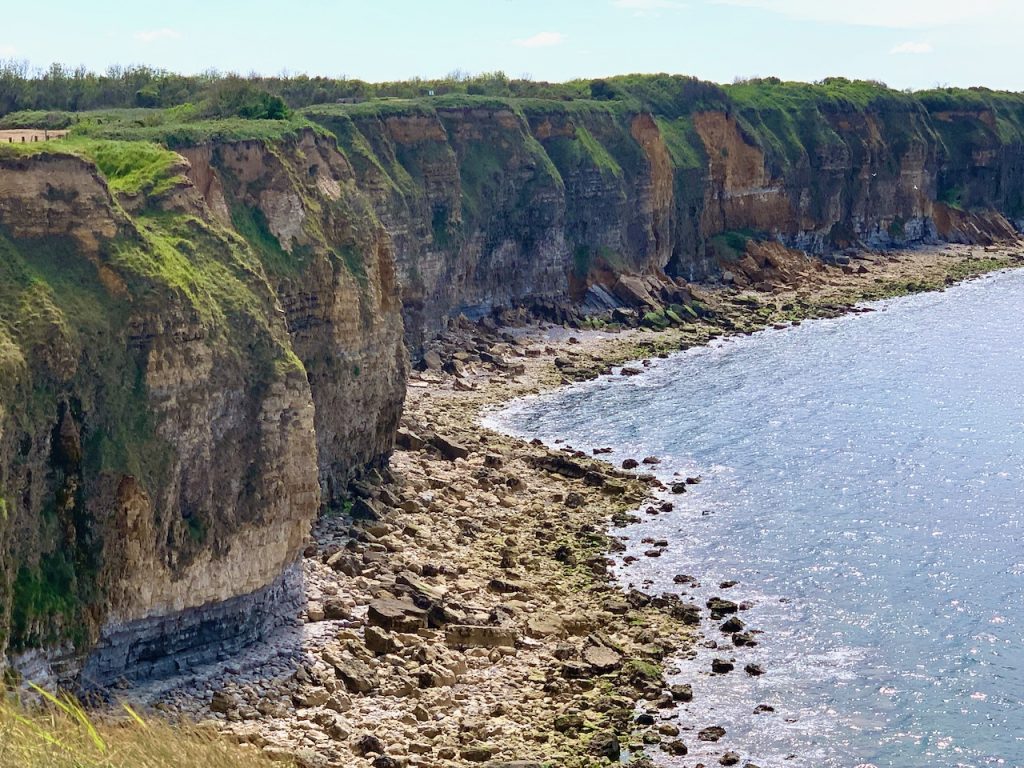 The cliff faces at Pointe-Du-Hoc

Following an extensive naval bombardment, the Germans were ready to attack the small landing craft carrying two hundred and twenty five men from the 2nd US Ranger Battalion. Under the command of Colonel James E. Rudder it arrived in the early morning of June 6 1944. Battling fierce gunfire and hand grenades the rangers launched their grappling hooks and rope ladders scaling the 90 foot surrounding cliffs and within twenty five minutes one hundred and fifty survivors had seized Pointe-Du-Hoc. A foothold in Normandy had been established and the liberation of France begun.

Once the Rangers had overcame the enemy they found Allied bombing raids had damaged one of the enemy guns which the Germans had replaced with wooden dummies. In addition, the guns pointing at Utah beach were unmanned. However the rangers were cornered against the clifftop of this tiny coastal spot and had to fight for two days until 8 June when tanks came to their rescue. By then there were just ninety men left. 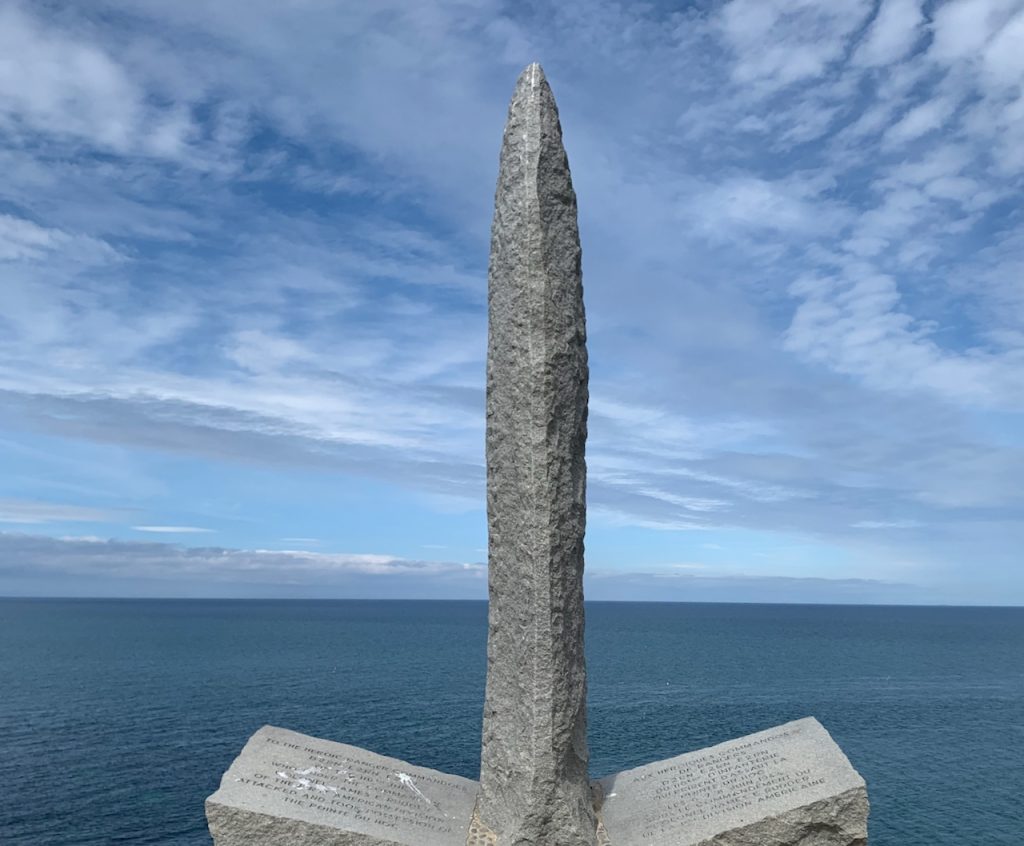 One of the contributing factors of the success of the D-Day landings was the elaborate web of deception, spun by the allies, ahead of time. Operation Fortitude involved setting up phantom field armies opposite occupied locations in Norway and Calais and helped to convince the Nazis that this was where the attack would take place.

Hundreds of fake parachutes were dropped away from the Normandy Beaches to divert attention. 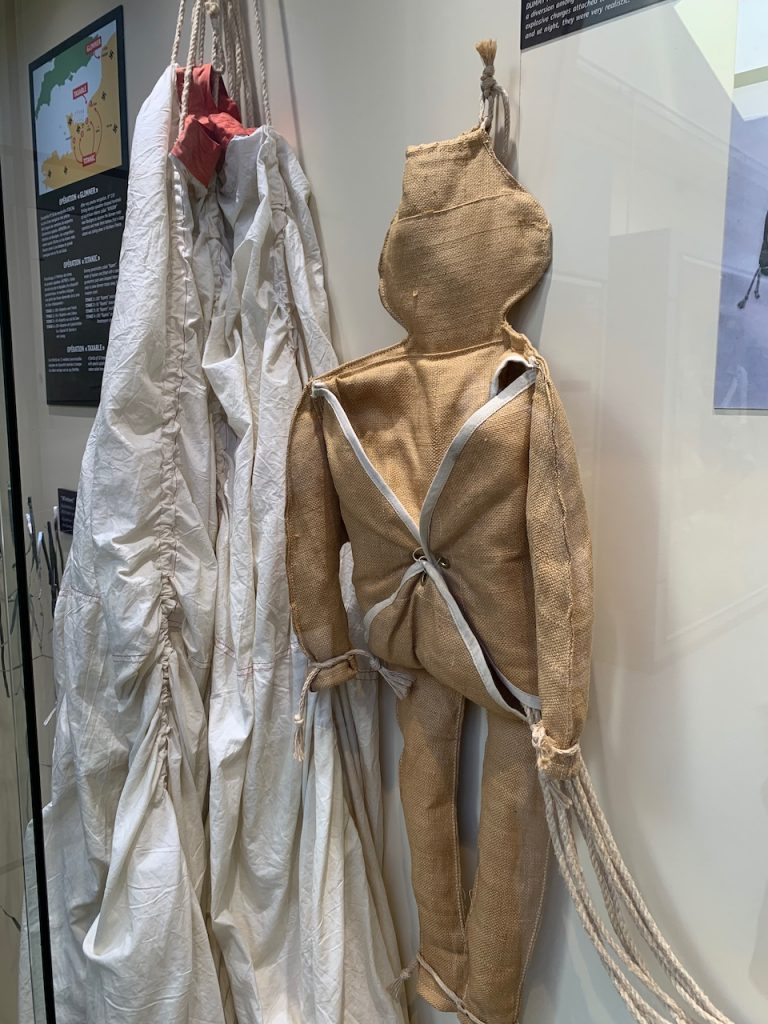 The battle for Normandy did not end on June 6th but took three, long grueling months. The loss of life was devastating especially on D-Day itself. After four, miserable years of occupation, despite the subsequent terrible events the French welcomed the Allies. But liberation came at a severe cost. As troops advanced towards Paris in August 1944, 225 000 were dead, wounded or missing; 134 000 Americans, 91 000 British, Canadian and Poles and 18 000 French civilians. The Germans had more than 400 000 casualties as they retreated across France.

Lives sacrificed in the name of liberty so future generations could live in freedom. How tragic that a similar bitter fight for democracy against evil and tyranny is occurring right now in Ukraine.

This has been a long post, thank you for staying with me there’s much more to share. Next time I will take you to Normandy’s cemeteries and memorials, an enduring testament to the brave and courageous, those who made the ultimate sacrifice, for each and everyone of us……

Previous Article A million miles away 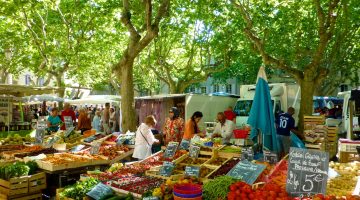