Exploring a new city is always such a thrill, I like to walk its’ streets and avenues acquainting myself with its atmosphere and vibe. I have just had a mere 24 hours in Chicago where I was instantly surrounded by its’ vibrant symphony; similar to that of most cities but also uniquely its own. The chattering buzz of people, the revving of car engines, the screeching of breaks, the giant gasps from buses and trucks, wails from distant sirens and shrill whistle shrieks where bright red and green lights have temporarily been replaced by human stand ins who wave their arms and ‘toot’, somehow controlling the traffic which impatiently lines up on their command like hungry tigers threatening to pounce and flatten them!

The golden leaves of fall danced a timeless pattern against towering skyscrapers which glistened in the bright afternoon sunshine, a gleaming backdrop on the Chicago city stage. 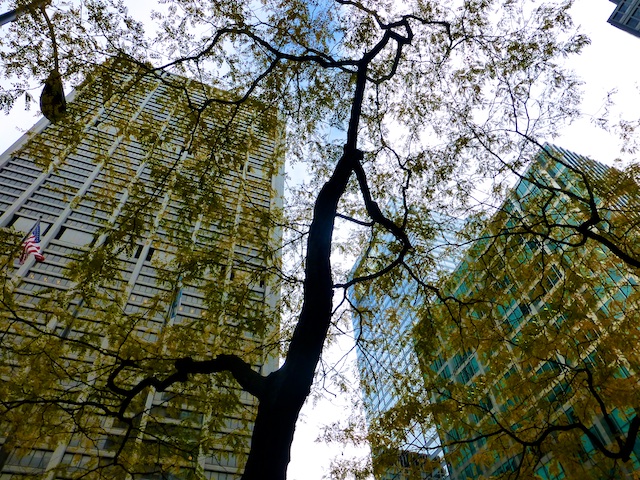 At their floor, on every main street, is a carpet of carefully planted flower beds bursting with the rich gold, magenta and burnt cinnamon colours of the season. 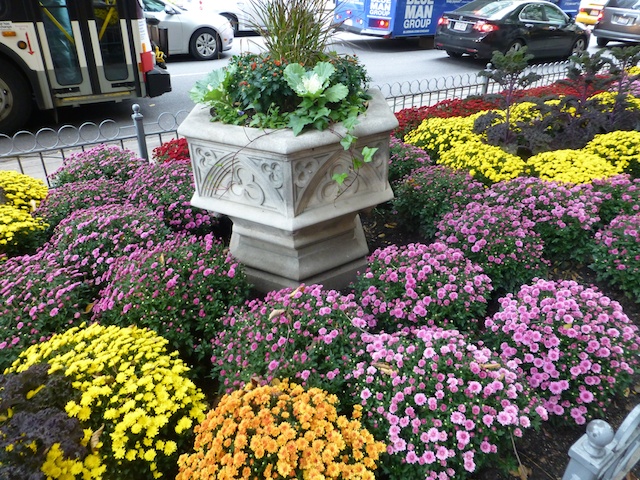 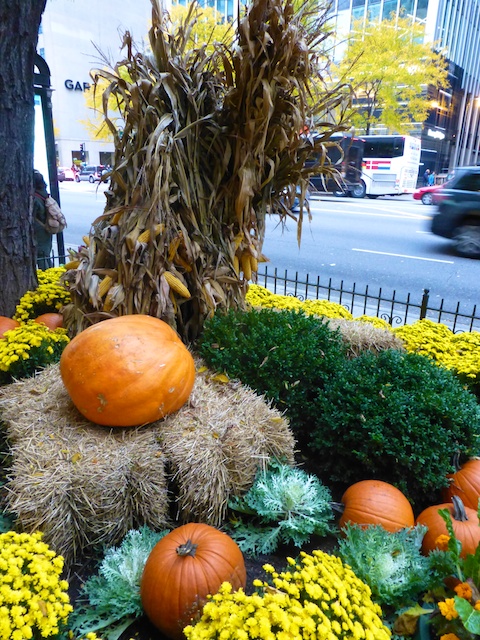 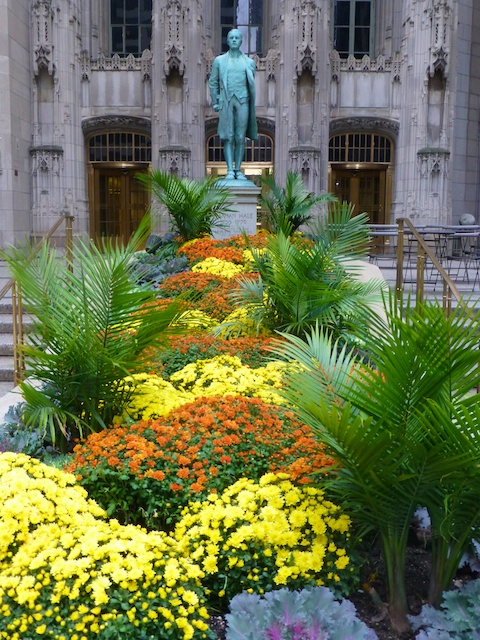 Late 19th century buildings sit quietly, used to being overshadowed by their soaring glass neighbors. The Historic Water Tower constructed in 1867-1869 and one of the few survivors of the Great Chicago Fire in 1871. 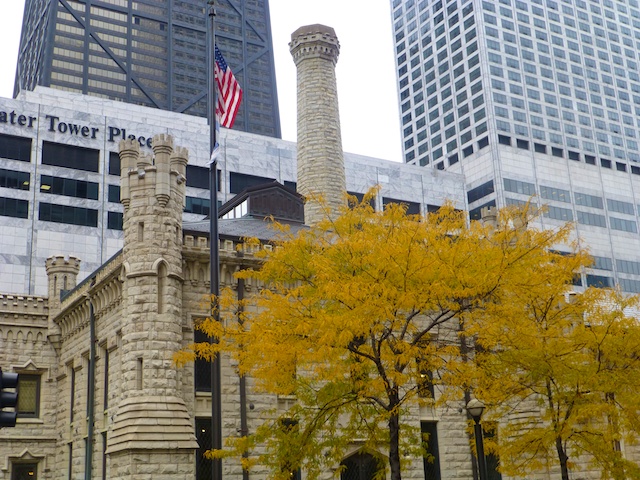 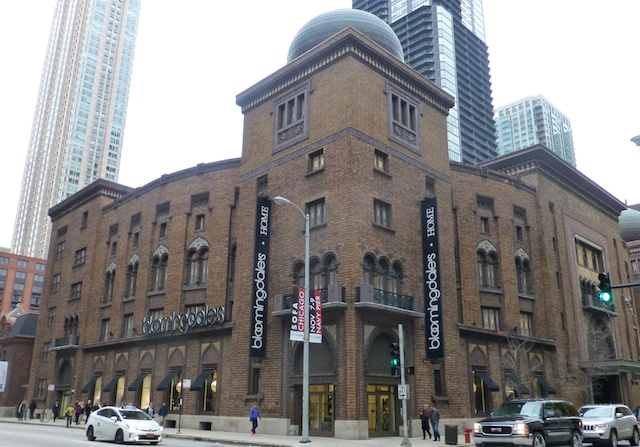 Yet some maintain a confident dominance on the horizon as dignified elderly ladies, like the Bloomingdale’s Home store in the former Medinah Temple and incredible Harold Washington Chicago Public Library. 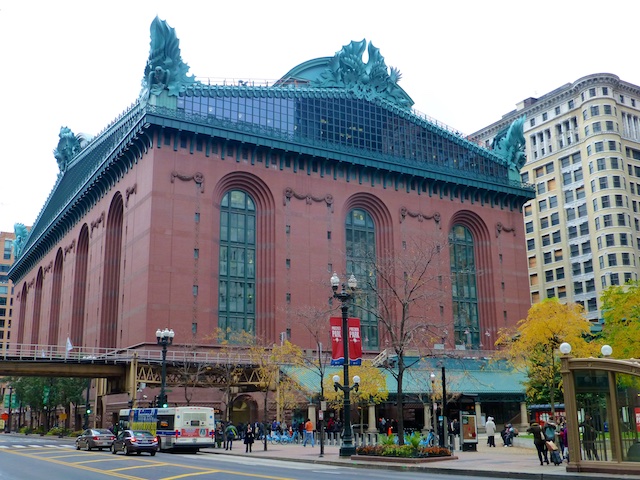 Maybe no longer as magnificent as they once were, their enduring presence commands respect; for they have survived and witnessed so much, holding the secrets of the ever changing kaleidoscope of time. 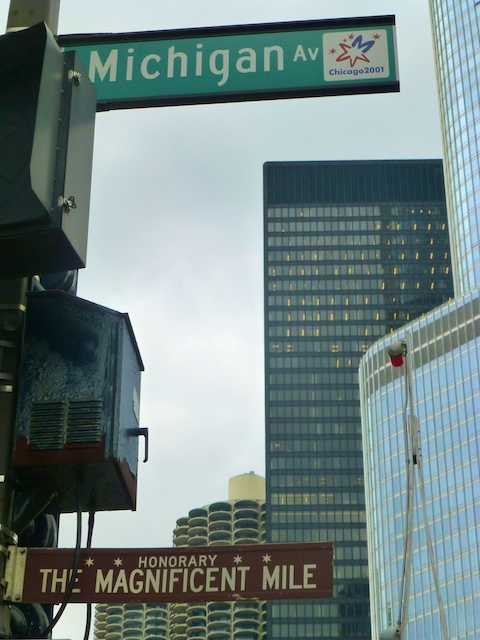 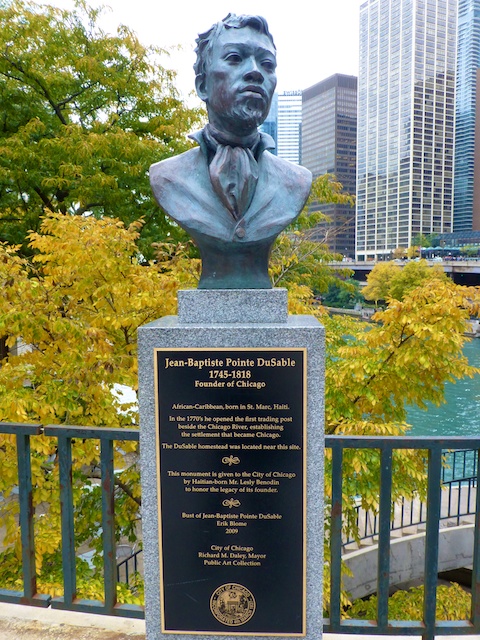 A small statue of the man attributed to be the founder of this sprawling metropolis, Jean Baptiste Pointe du Sable, a man of African descent from the French Caribbean who settled at the mouth of the Chicago river during the 1780’s. What would he think if he saw his strong holding as it is today, right by Chicago’s famed ‘Magnificent Mile‘?! 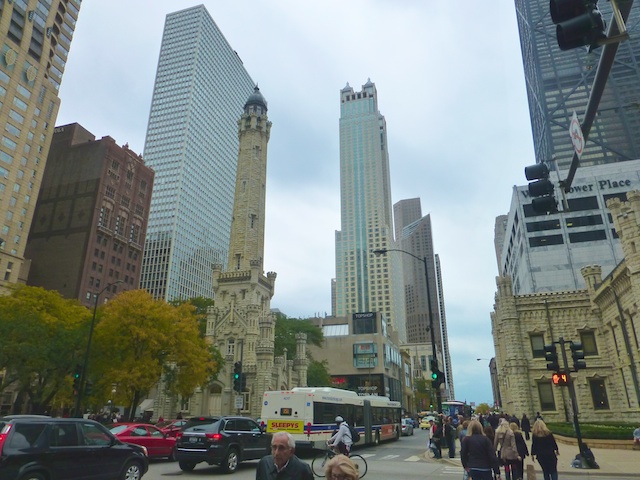 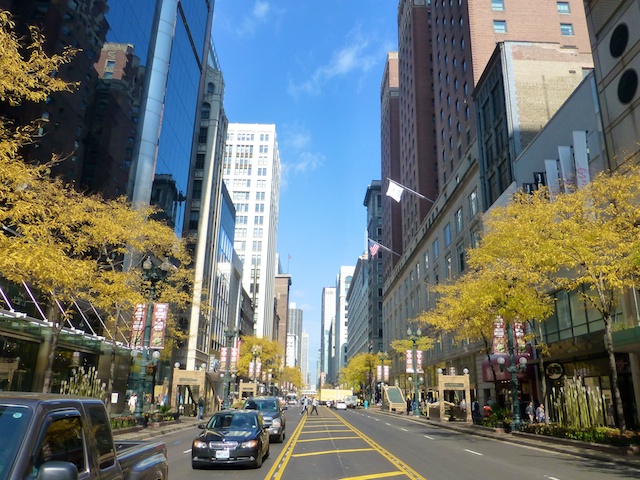 Streets stretch seemingly forever, every so often broken up by the bridges spanning the Chicago river 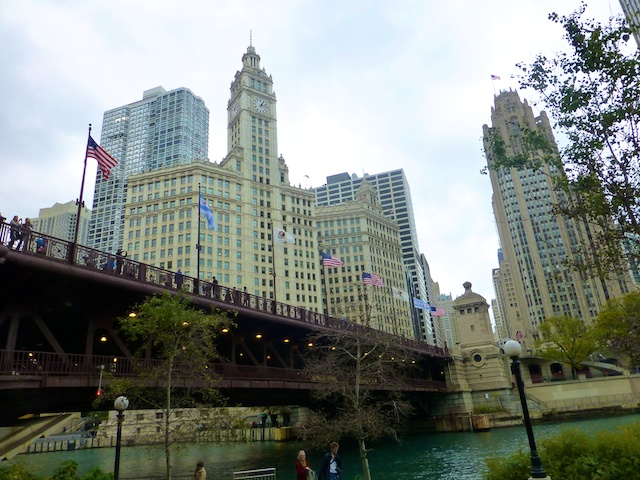 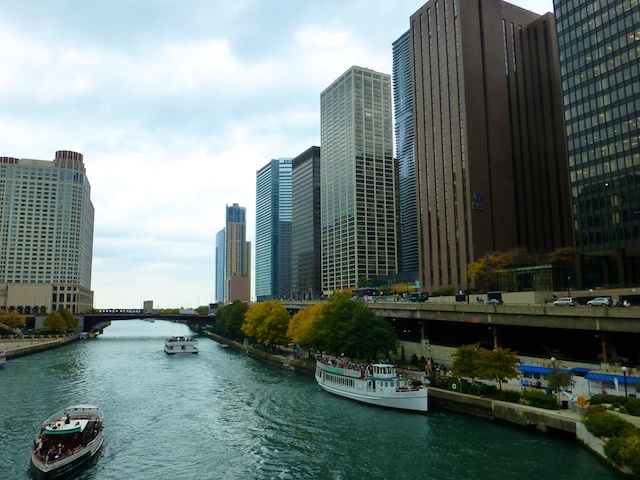 which lead into the glistening ‘sea’ of the mighty Lake Michigan. 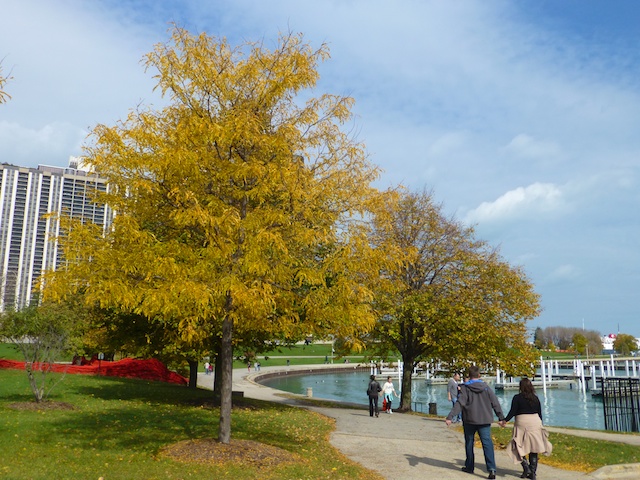 As flanked with ornate grandeur as these avenues and boulevards are there is a darker presence as one catches glimpses of their adjacent alley ways, which like loitering, ugly sisters seem to hide dark secrets, storing the city’s debris, inviting the homeless and the desperate to shelter within their shadowy confines.

Yet Chicago is an immense and grand city full of wondrous architecture. 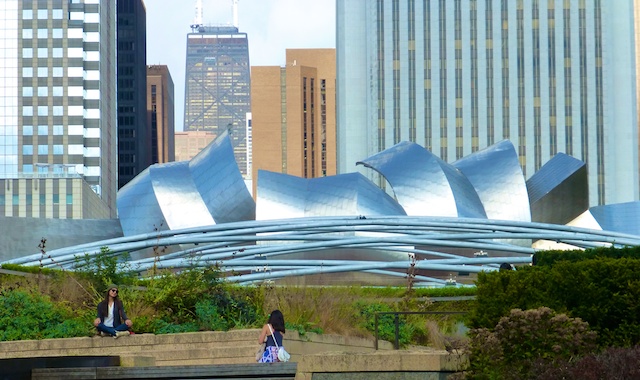 Including the tallest Building in the USA, the Willis Tower, better known up until 2009 as The Sears Tower. 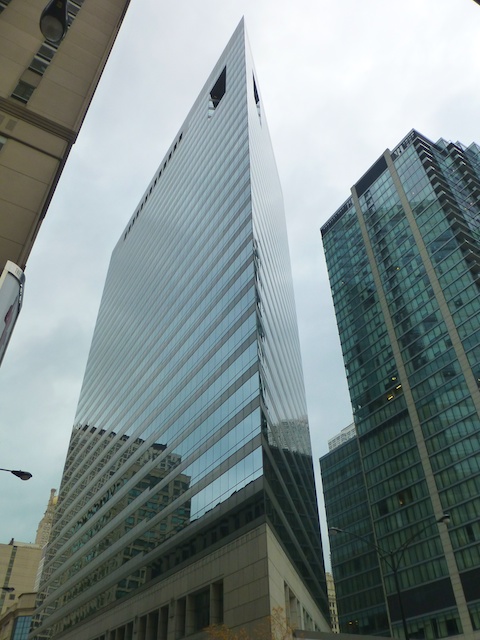 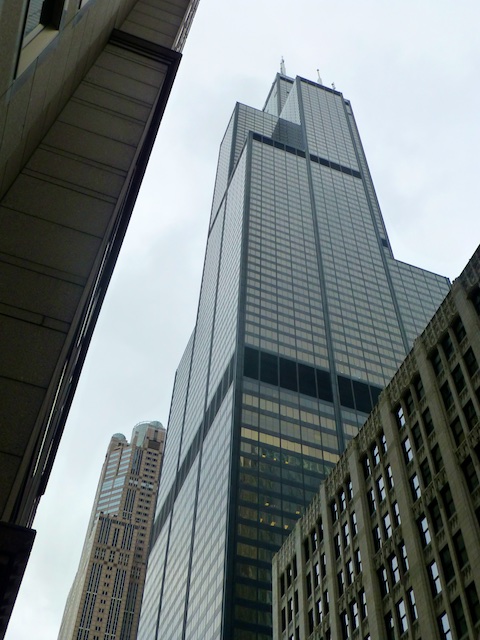 Chicago a bustling city with crawling traffic and people all rushing somewhere, herds of them disappearing into towering and imposing columns of glass and steel to be sucked up by giant elevators and neatly deposited into tiny cubicles. 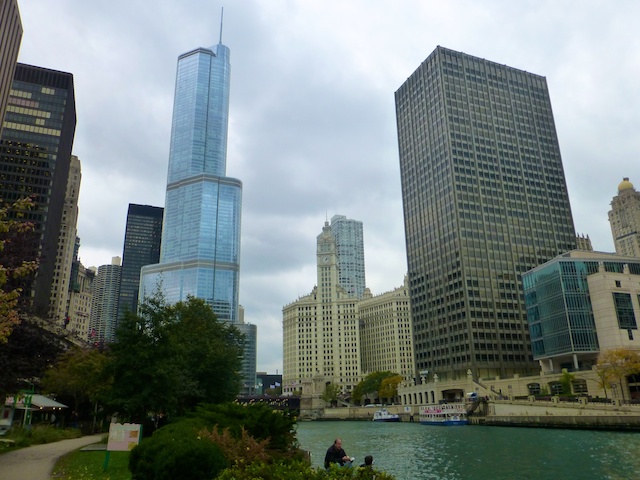 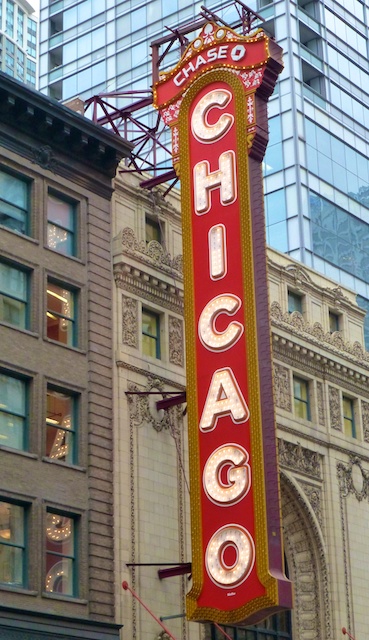 Shoppers and aimless sightseers jostle together, spilling off the pavements, gazing upwards snapping sights which they want to remember ‘forever’ or staring mindlessly at T-shirts, bags and caps with city names or local sports team loudly emblazoned upon them, all part of the medley of what is considered to be ‘suitable’ souvenirs! 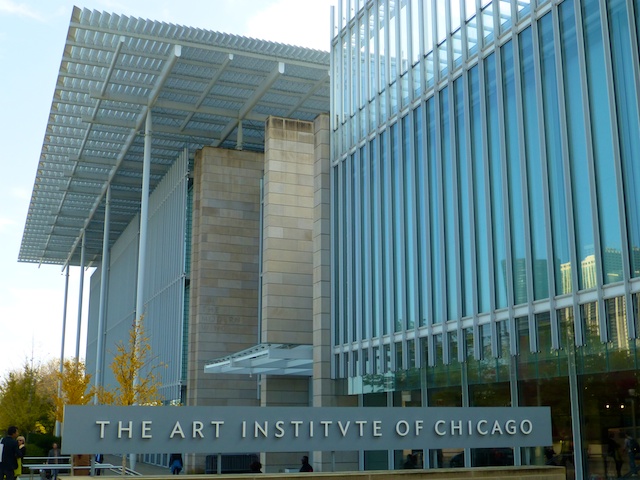 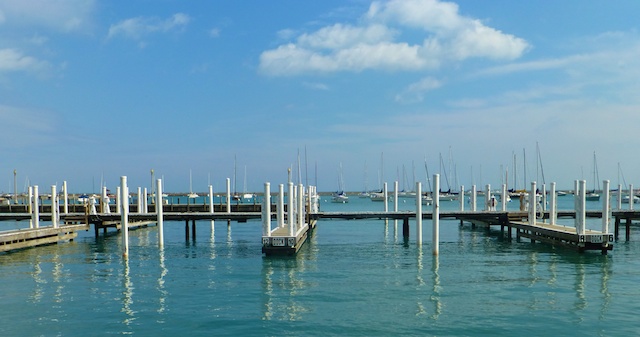 all beg to be explored, but on this visit there is only time to be immersed in the overall embrace of the city and in so doing realize that this is a place to return to!

Previous Article Recipes to warm your heart and soul 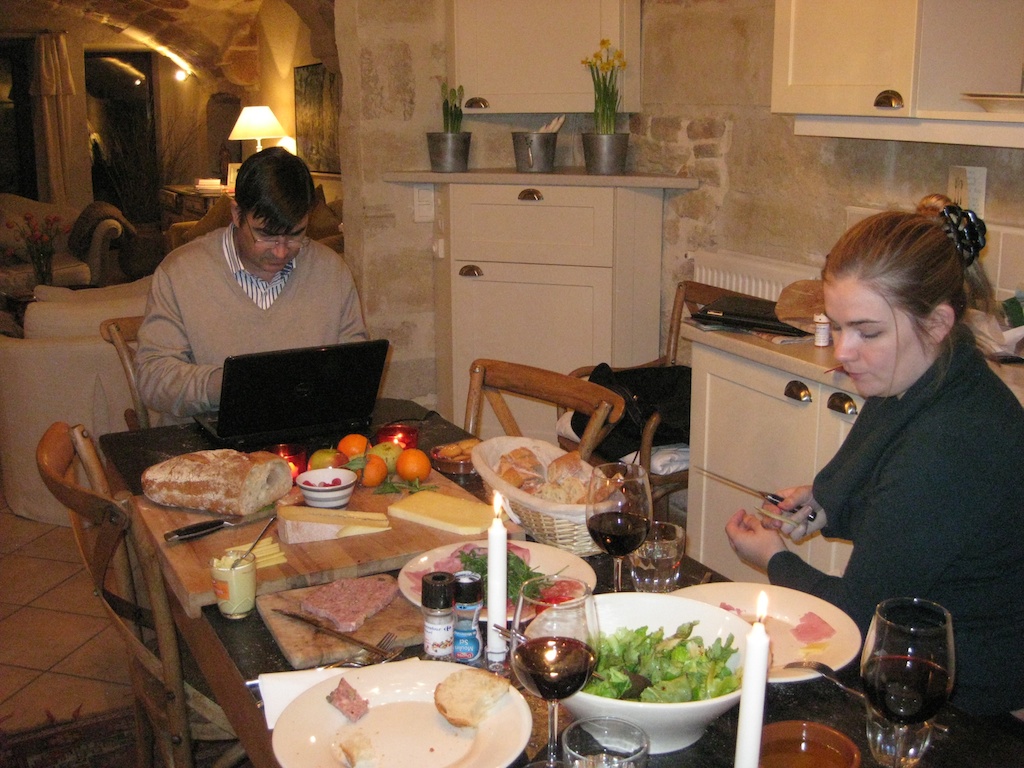 Living in Uzes, my life over the last few days