Wandering the bustling streets of Amsterdam, jostled by a never-ending ribbon of bicycles, I gaze up in wonder at the distinctive architecture, soaking up the story of this great city; its museums and historic sights. I visit one which stirs my soul; the Anne Frank Huis. It leads me to follow a trail of terror during the Holocaust in Amsterdam, a time when a thick cloud of ignorance and unspeakable cruelty gripped this beautiful city, when aeroplanes droned overhead and the goose step of stomping Nazi soldiers filled peoples hearts with dread, especially if you were ‘guilty’ ‘guilty’ of being a Jew. 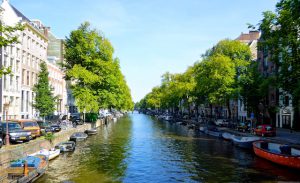 I pass other buildings; such as the one during the Holocaust in Amsterdam where Jewish identify papers were created by the former Van Gelder Firm.

Buildings like the Royal Palace, where during the Holocaust in Amsterdam brave, defiant people hid 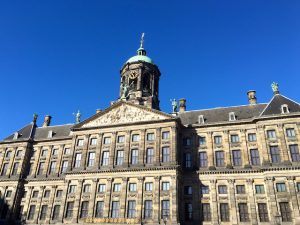 these ‘guilty people’. Others were hidden away inside the home of a former Tobacco Company building, and in the bank from where the country’s gold was secreted to England. During the Holocaust in Amsterdam it was from here that two brave young bankers created and exchanged forged treasury bills to supply the Resistance movement
with more than 50 million gilders.

I pass the Statue of Rembrandt and imagine the menacing screaming wail of 101 sirens, which sounded from this square when danger threatened.

And then I stop outside a building built in 1892, Hollandsche Schouwburg, once a popular theater, now a monument commemorating the Holocaust in Amsterdam, remembering the 60,000 to 80,000 Jews who, from 1942, were kept here and then deported to concentration and extermination camps. 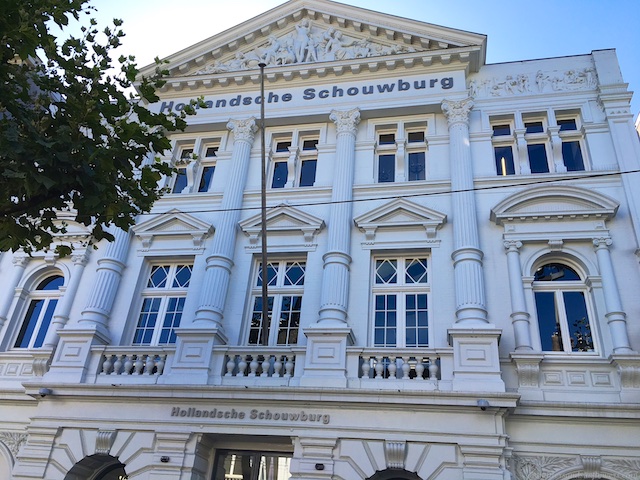 Directly opposite it is a former Protestant Teachers College, the Hervormde Kweekschool, established in 1907.

In April 1943 it became the escape route for the Jewish children held across the street awaiting the journey to their death. The brave staff, led by the Kweekschool’s director Johan Van Hulst, from 1942, he illegally bought children into the Kweekschool for an afternoon nap, from 1943 he arranged for the escape of these children to escape through the Kweekschool during the Holocaust in Amsterdam.

They saved the lives of over 600 children.Today the Kweekschool houses The National Holocaust 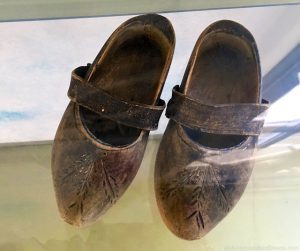 Memorial commemorating the memory of the thousands of children from Amsterdam who died under the Nazi terror of World War II. Staring at the artifacts, a little boy’s pair of boots, a child’s clogs, the yellow fabric star which all Jews from the age of 6 were forced to wear and the photos of unspeakable fear and suffering, I was shamed and humbled.

What possesses human kind to treat others so, to have no regard for another’s life, to participate or stand by and watch; cruelty, brutality, humiliation, degradation and annihilation?

My grandparents fought to rid the world of such evil. Brave, courageous people who risked their all for what they thought was right and honorable. I often wonder, could I have been as brave had I been called upon to do the same? And although prejudice, intimidation and savage cruelty still exists, we must never forget what our grandparents fought for and why.

Inside the museum I was captivated by a story told in paintings of one such grandfather. A Jewish man I had never heard of but who now I will now never forget; next time …… 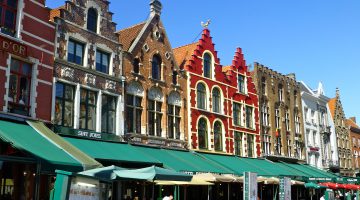