Magnificent Roman architecture, bullfights and concerts.
Sun drenched squares overlooked by stately shuttered mansions.
Meandering cobbles streets packed with shops and restaurants.
Stunning art museums, cathedrals gardens and treasures from the past.
This is the seductive Roman city of Nîmes whose ancient treasures wait to be explored.

This sultry, radiant city of Languedoc Roussillon was settled by the Romans around 30 BC.
Just 25km south of Uzes its connection to its ancient past is inescapable.
These are some of the not to be missed sights of Nîmes.

Boulevard des Arenes, 30000 Nîmes  +33 (0)4 66 21 82 56
One of the best preserved Roman ampitheatres in the world,
able to accommodate over 24000 spectators.
Situated in the heart of the city by the Esplanade Charles de Gaulle, the urban garden of Nîmes.
Still in use today for concerts and bullfights
and the setting for the movie extravaganza Gladiator.

Dominating the central square in Nîmes, La Maison Carrée is
one of the most beautiful and well-preserved temples of the Roman world.
Built of local limestone by architects from Rome, La Maison Carrée,
which means “Square House,” is actually rectangular (82 feet by 40 feet).
Over the centuries it has remained in constant use, as a church, private residence,
stables, town hall, and public archives, becoming a museum in 1823

British architect Norman Foster’s contemporary jewel opened in 1993,
neighbouring its ancient namesake. La Maison Carrée is actually rectangular (82 feet by 40 feet).
Over the centuries it has remained in constant use, as a church, private residence,
stables, town hall, and public archives. becoming a museum in 1823

An ancient Roman tower above the Jardin de la Fontaine

within the Jardin de la Fontaine

Also within the Jardin de la Fontaine
An extremely rare vestige of the Roman world,
the only other one still in this condition, being in Pompeii

9 Rue Saint-Castor, 30000 Nîmes  +33 (0)4 66 67 27 72
If time permits don’t forget to also explore
Les Halles, Nîmes’ extensive indoor market
and its other museums churches, shops and restaurants.
Let us know what else you find to visit in this beautiful city of Nîmes
Download The Uzès, Travel Guide for nearby Uzès
and the surrounding regions of Languedoc Roussillon and Provence.

Next post What to see in Avignon ~ City of the Popes 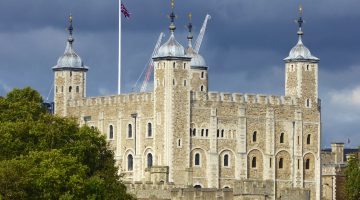