Across the Moors to Whitby, North Yorkshire

The drive across the bleak but dramatically beautiful North Yorkshire moors, en route to the beach at Whitby is always quite hauntingly striking. Miles of softly undulating gorse and heather, where you can imagine a swirling mist suddenly descending and enveloping you in a dense, milky fog that sends you spinning and disorientated. You can almost hear Cathy’s strangled voice desperately calling for Heathcliff!
It is small wonder that this part of the world has been such a source of inspiration for so many writers, most notably the Brontë sisters. Today however we were blessed with clear blue skies and sunshine, the coastline clearly visible from quite a distance away.
We navigated our way down the muddy path gingerly trying to avoid the largest puddles! 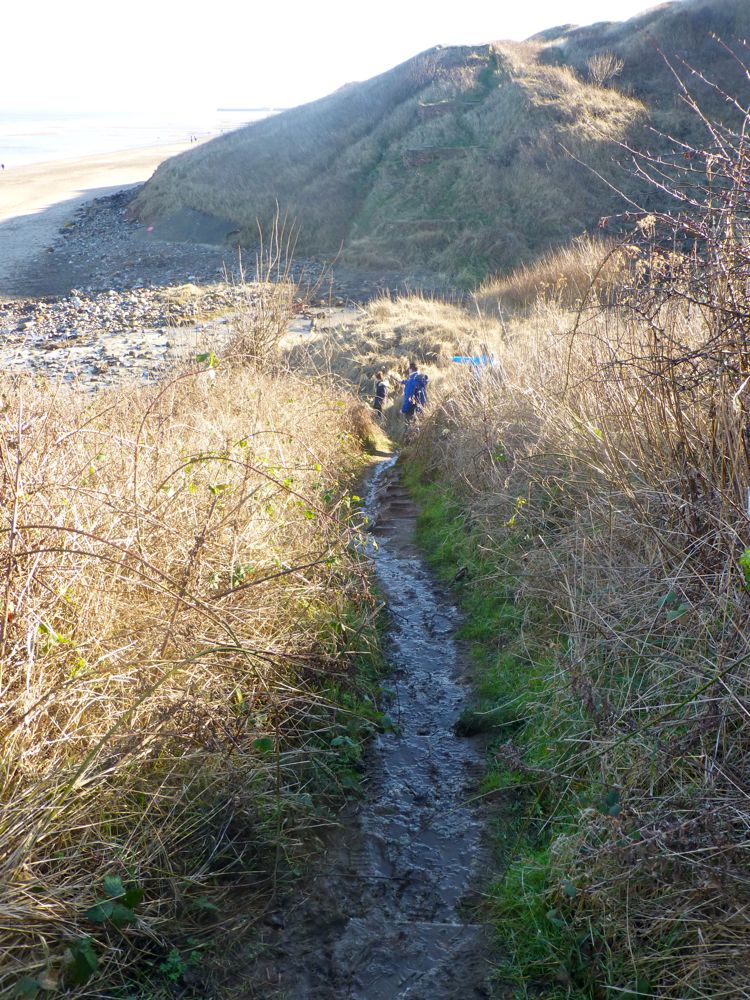 Popcorn led the way and was soon bounding with un-contained enthusiasm across the wet sand. 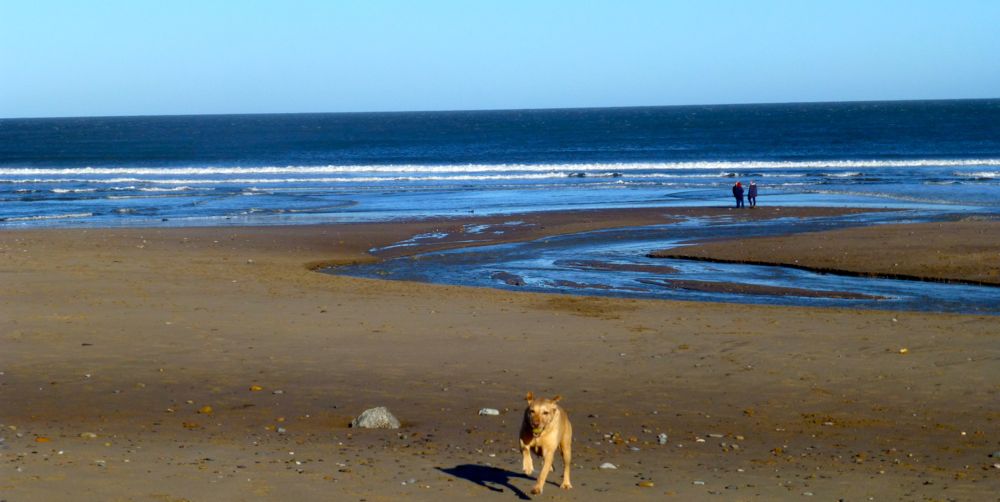 The waves crashed onto the golden shore line 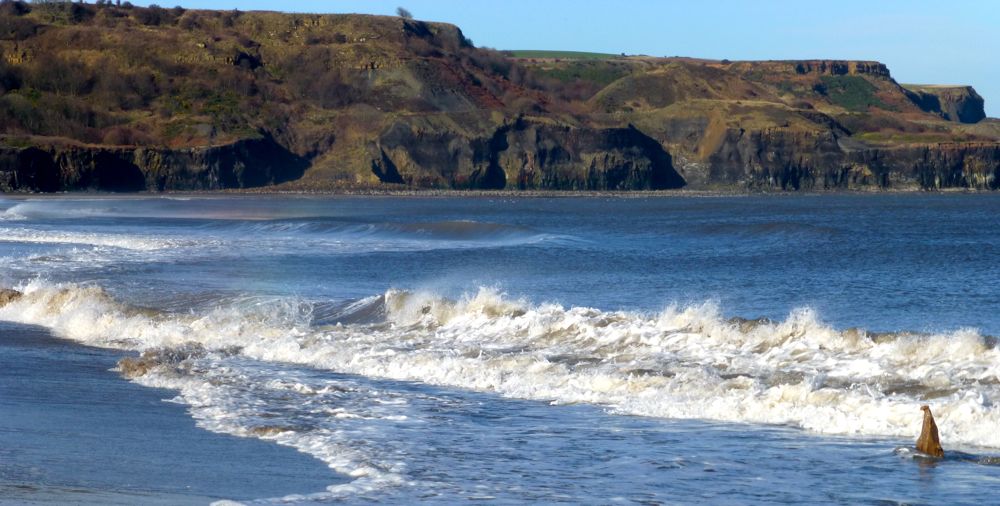 The beach ran with tiny strands of watery rivulets where the tide had drained back into the briskly cold North Sea.

Further along the cliff’s edge, overlooking the small fishing town of Whitby, Captain Cook stood as stately as when I had last admired him; one of England’s great sea faring navigators. 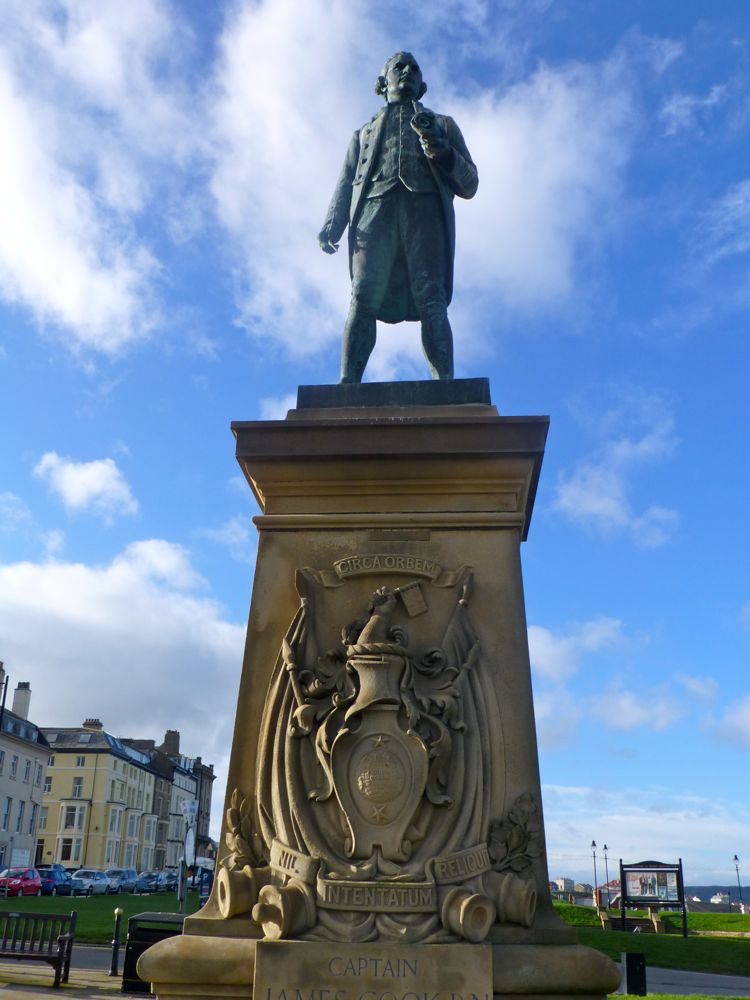 After our bracing walk we decided that we were deserving of some nourishment and despite the biting chill we stood in line at the famous Magpie Cafe to sample England’s finest fish and chips, it was worth the wait!! 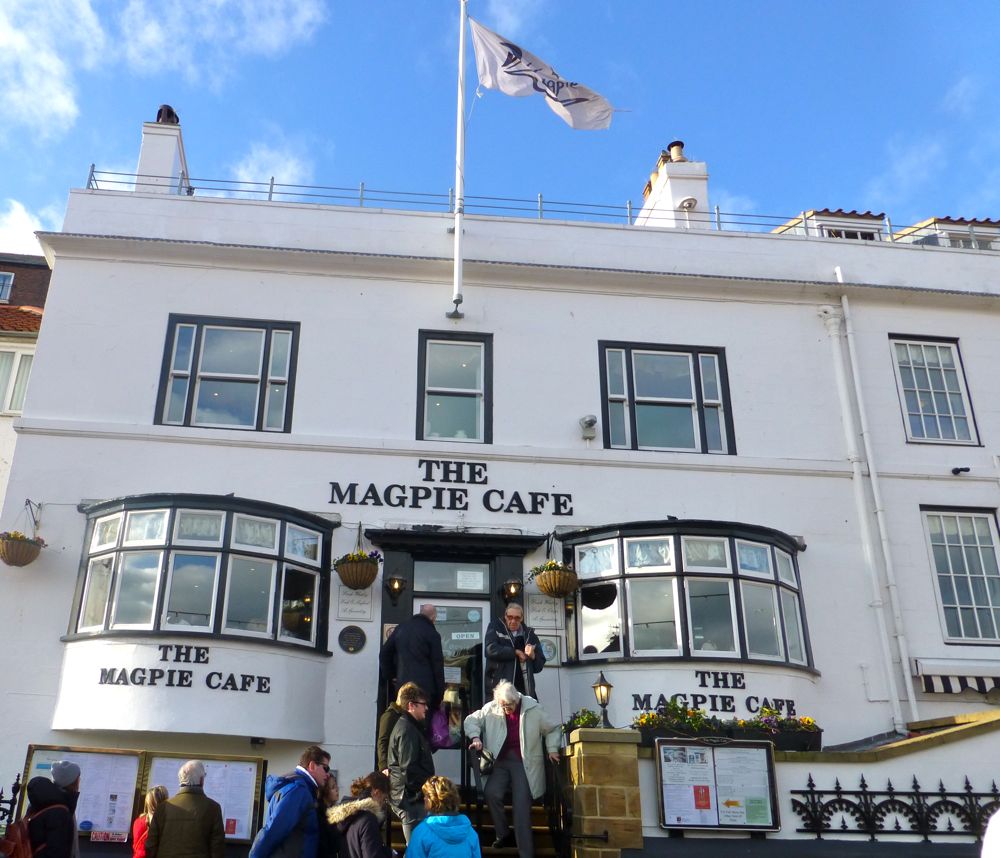 Scrumptious fish and chips at the Magpie Cafe, Whitby. 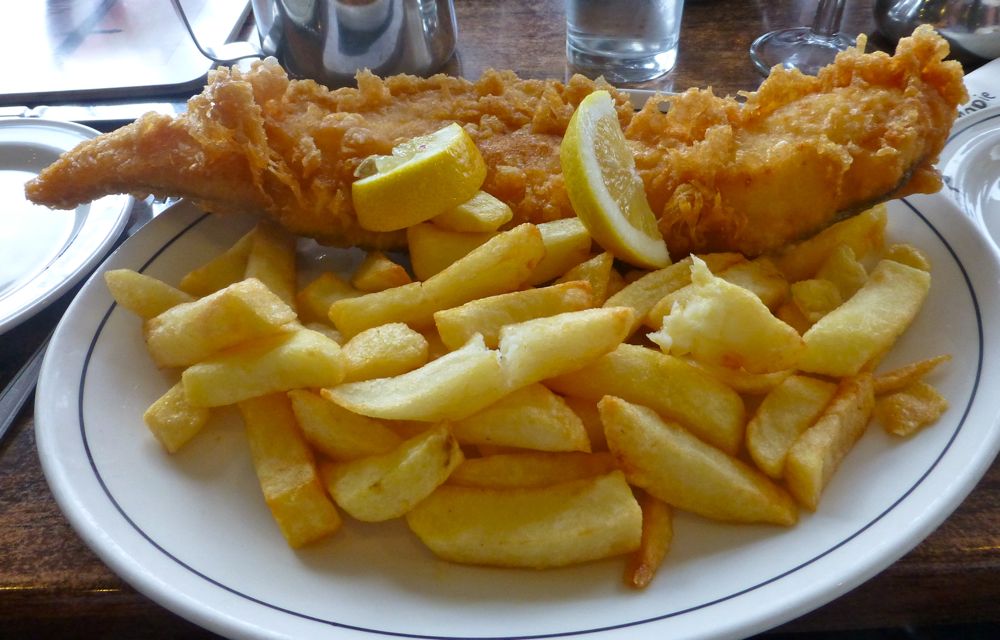 Dating from 656, the history of this little town stretches way back, Whitby’s links to the sea and the fishing industry, predominantly herring and whaling are legendary.  At one time it was the 3rd largest ship building town in England. One of Whitby’s claim’s to fame is that Bram Stoker was inspired to create the villainous and evil Dracula, following a visit to Whitby in 1890. Locals like to tell the tale of how Dracula is buried by the Abbey ruins! 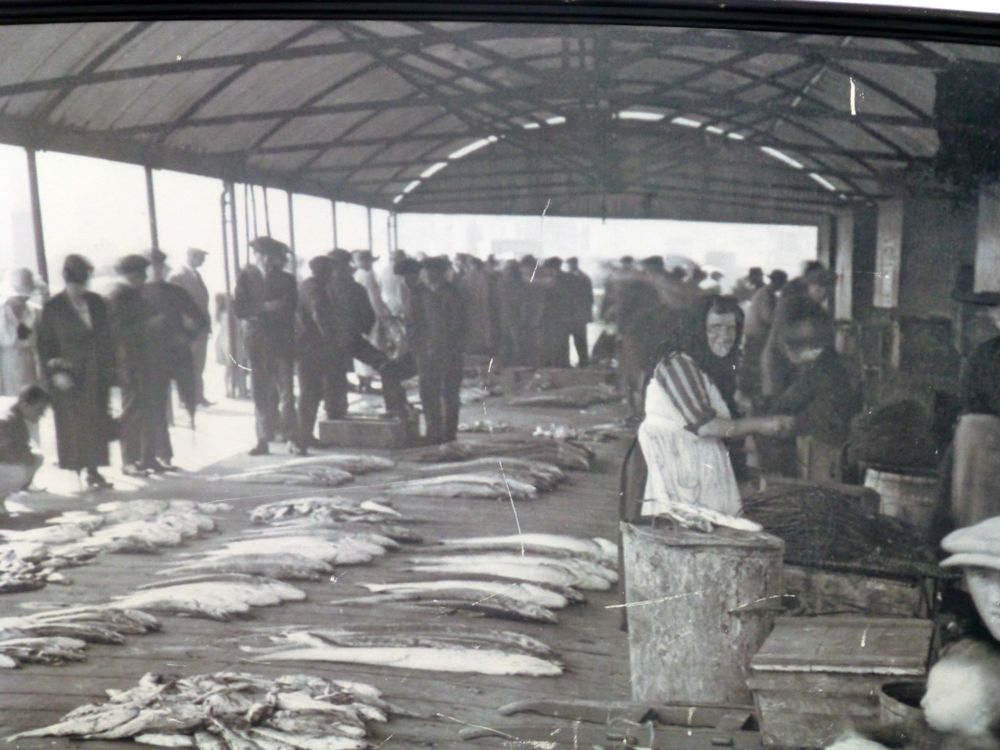 It is hard to imagine exactly what conjured up such dark imaginings in Bram Stoker’s mind, looking across at this sleepy, harmless town on a bright sunny February afternoon. 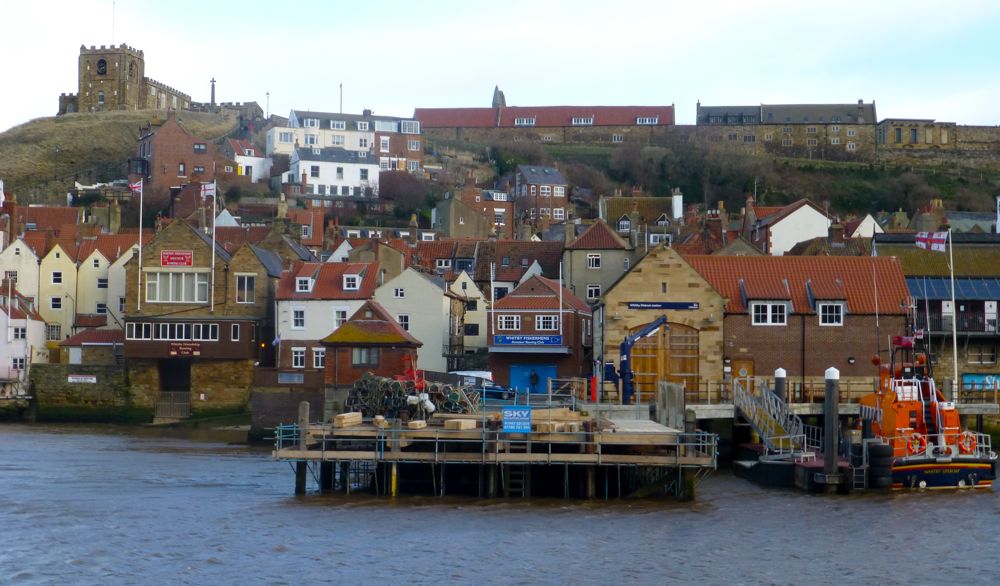 Before returning home we had to purchase the obligatory, very British souvenir, following a visit to the sea; a stick of peppermint rock. Childhood memories flooded back to me! This sugary, minty, brightly coloured candy (traditionally always pink on the outside) with the name of the town where the rock was purchased imprinted concentrically through the center. It was somehow reassuring to find such a simple pleasure still around after so many years!

As we wound our way back across the moors the clouds began to roll in like a coverlet of grey being pulled up over the bed covers and we knew were soon going to be enveloped in a deluge, hopefully by which time we would be home!

Next post York, a brief history of one of England's finest cities! 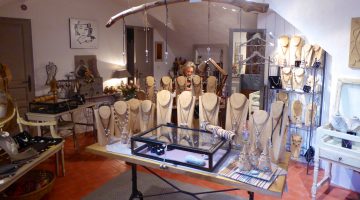 Mizso, hand made treasures of a jewelry shop in Lourmarin, Provence