When Philippe Franc, the owner of La Maison FRANC first came to live in Pertuis, near Lourmarin, his neighbor welcomed him with a gift, a lavender wand or Coeur de Lavande. 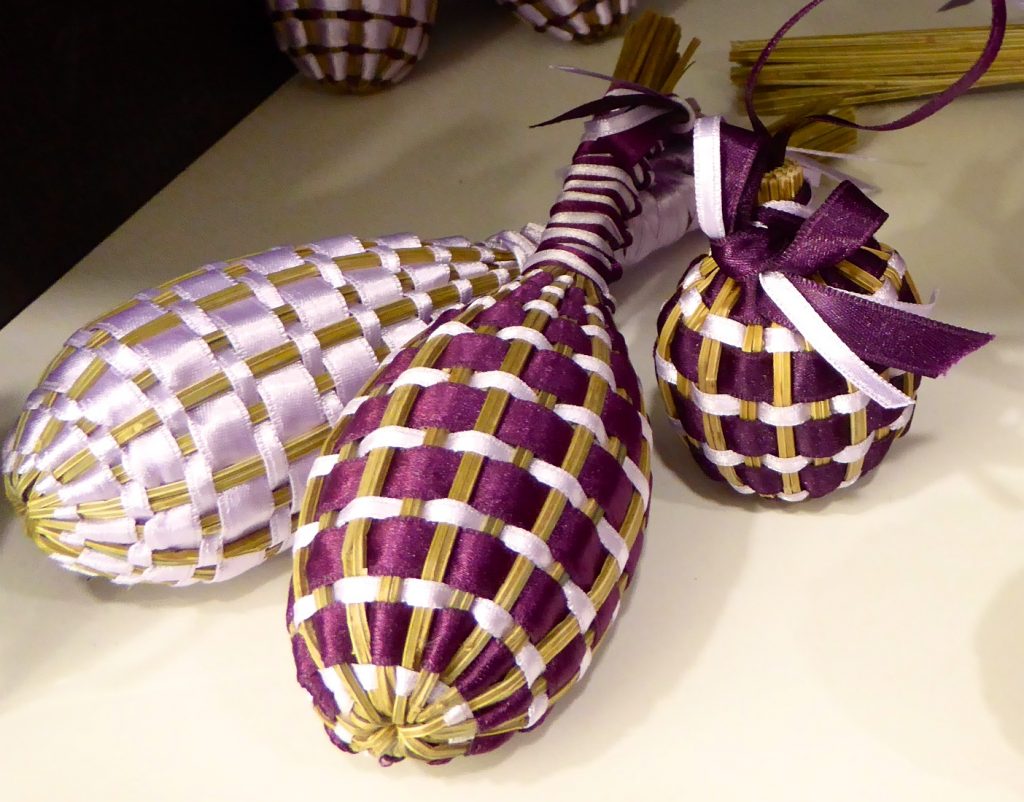 It was a defining moment and the first step in a story which led to the opening of his exquisite shop in Lourmain, La Maison FRANC. 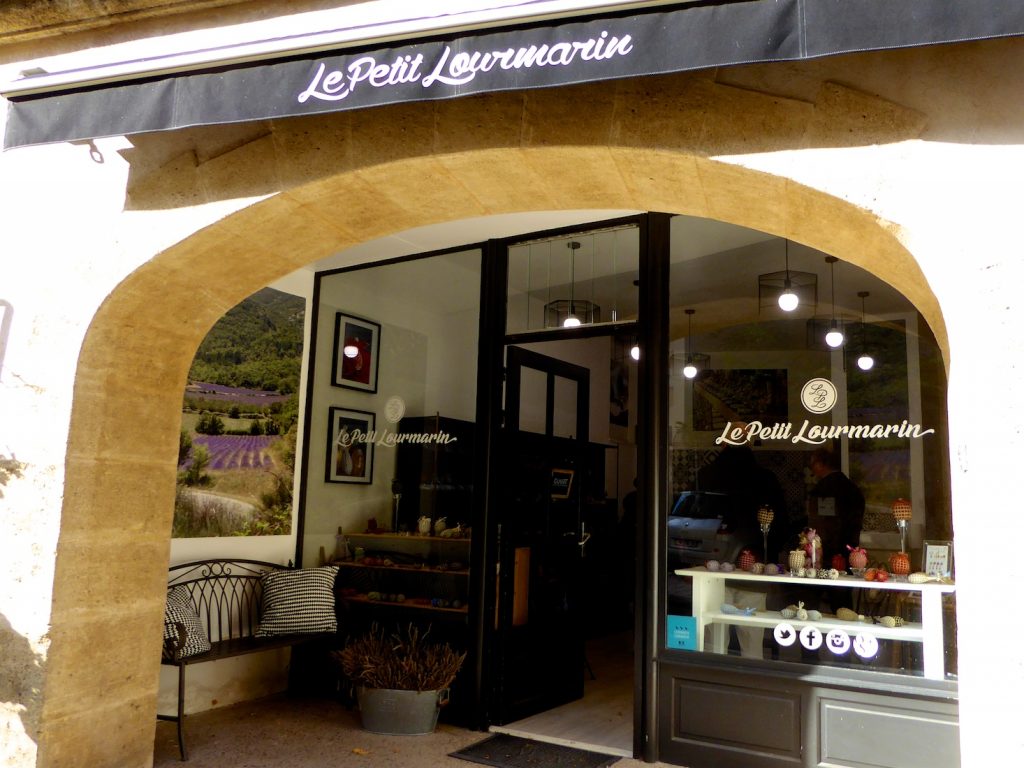 Having travelled the world as a Merchant Marine engineer, Philippe has extensive experience of different cultures and traditions and they’ve made a significant impression ~“People, places, tastes and smells are the things we remember.”

Philippe was touched by his neighbor’s gift particularly as it was one of perfume, knowing that people everywhere understand the language of the scent. “It brings peace to offer someone a gift of welcome, it makes you feel a little better about your day.” 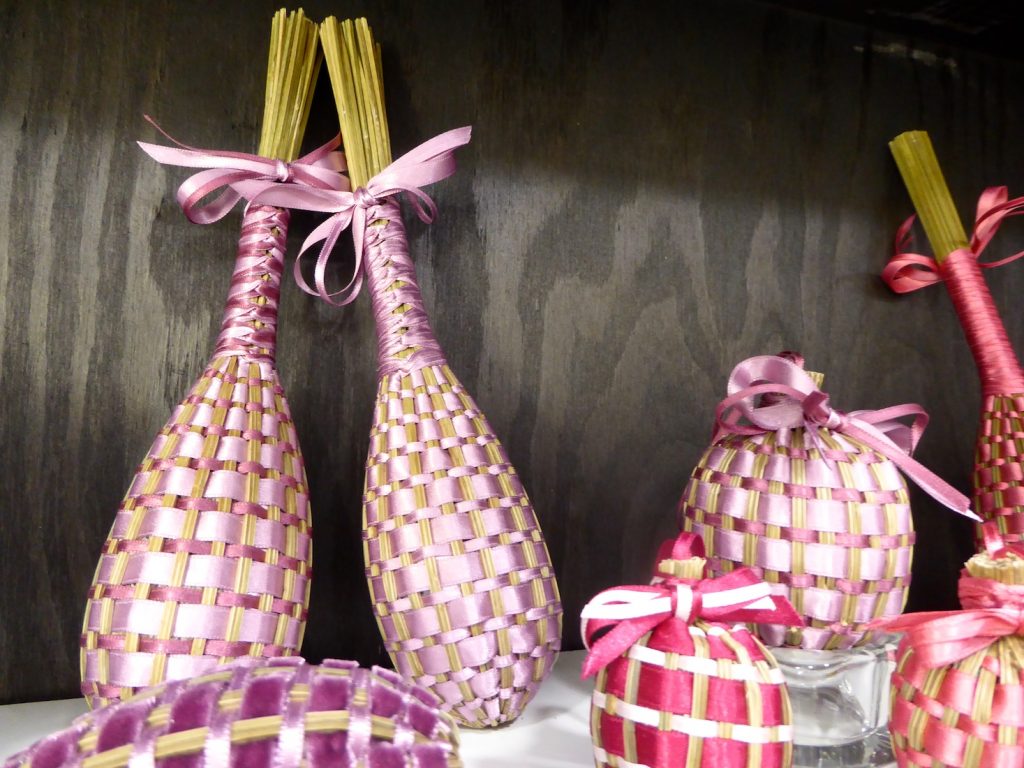 Coming from a family of artists, whose grandmother in the 1920’s worked for Haviland porcelain in Limoges, Philippe told me “I believe art and design have a great impact on humanity. I love to combine poetry with purpose.” And so Philippe became involved in the art of creating the Coeur de Lavande.

Lavender in the Luberon, Provence

Lavender bushes have fanned their purple fronds along the arid ridges of Provence for centuries. The lavender wand’s birthplace is in nature. Where the lavender grows, the elevation and orientation of the land, the purity and humidity of air and the nature of the soil defines its quality. 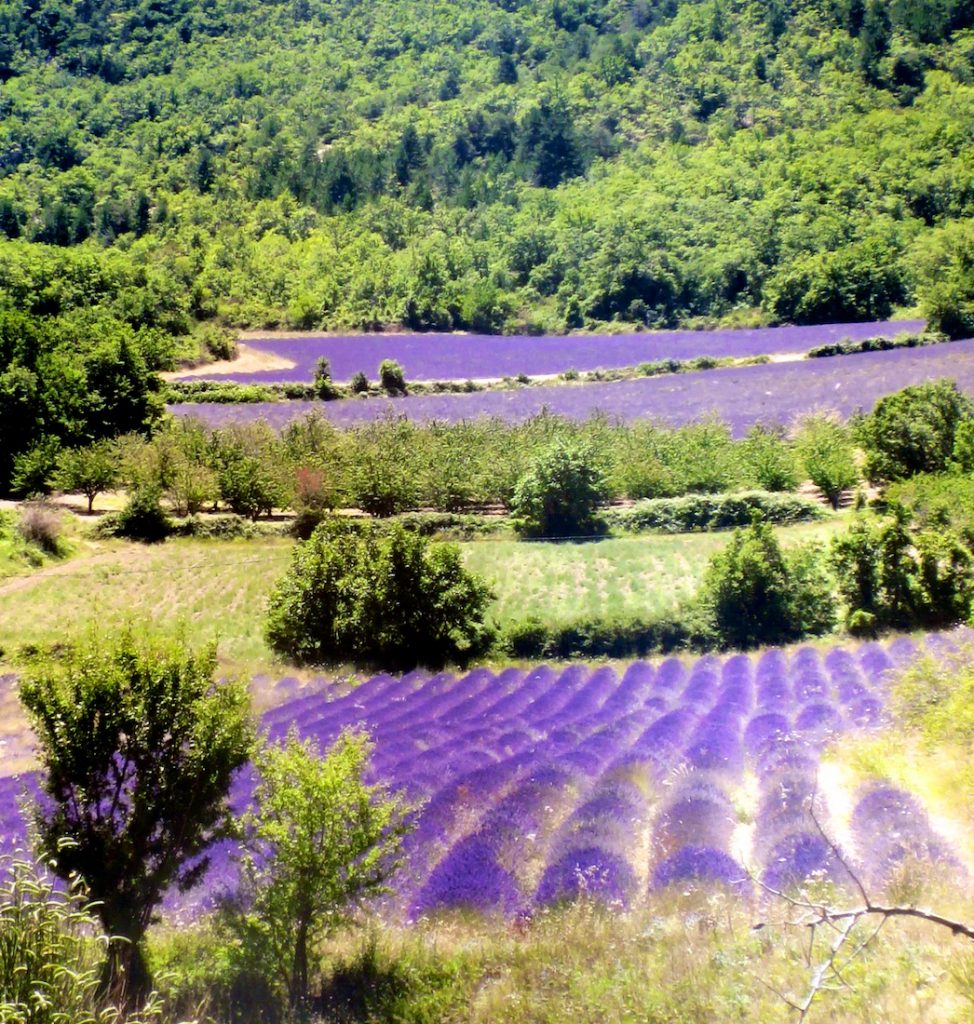 Philippe’s lavender is farmed in the breathtaking Luberon hills above Apt about 35 minutes from Lourmarin. Philippe grows fine lavender and like other lavender associated businesses, a hybrid, lavendine. Grown at lower altitudes than lavender, around 500-700m, surrounded by trees and fields it is nurtured without pesticides.

Lavendine is a stronger plant than lavender with longer stems, each with two small branches. It produces more oil than lavender and also camphor, well know for its soothing massage properties. 40kg of flowers are need to provide one litre of essential lavendine oil. 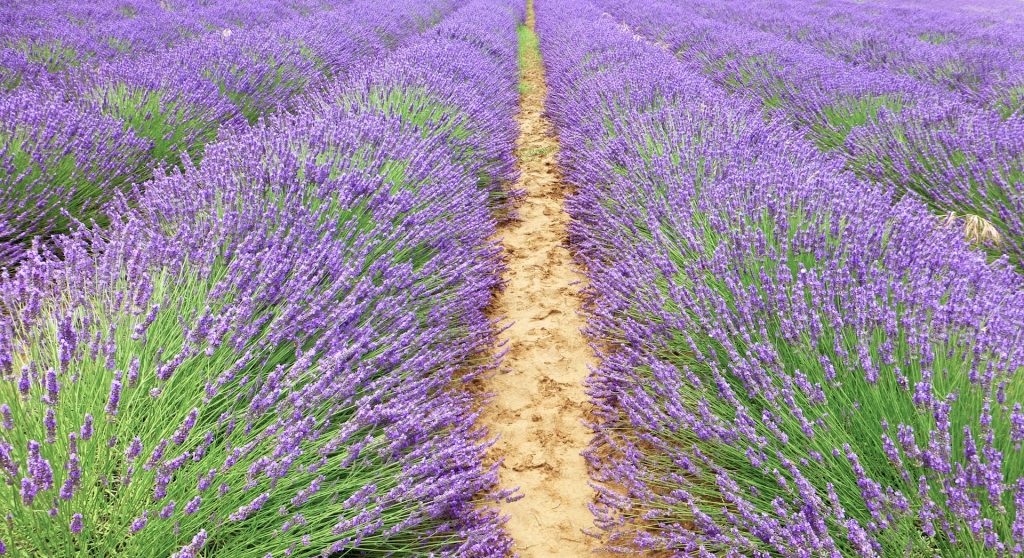 La Maison FRANC’s farmers tend and harvest their lavendine with great expertise as if they’re cultivating grapes for champagne or fine wine. Blooming at the end of June and harvested mid July to August, they ensure the lavender is not overexposed to the sun, cutting it when the stems are fresh and the seeds are full of their essential oil.

To make the Coeur de Lavande it is important to get the best stems and when cutting to leave the seeds on the stem to optimize the fragrance. 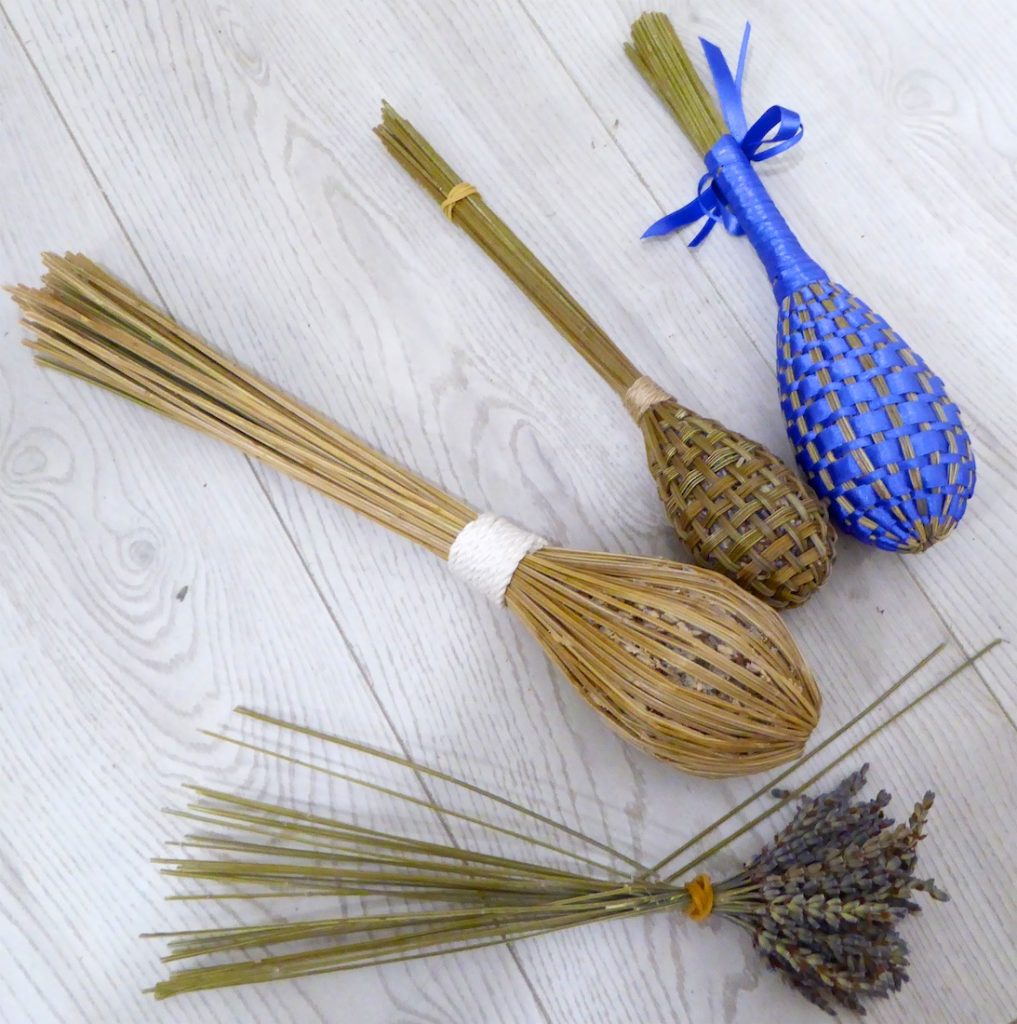 Philippe showed me the basics of the wands’ construction. It can take up to two months to properly learn the technique and perfect Philippe’s exemplary standards. 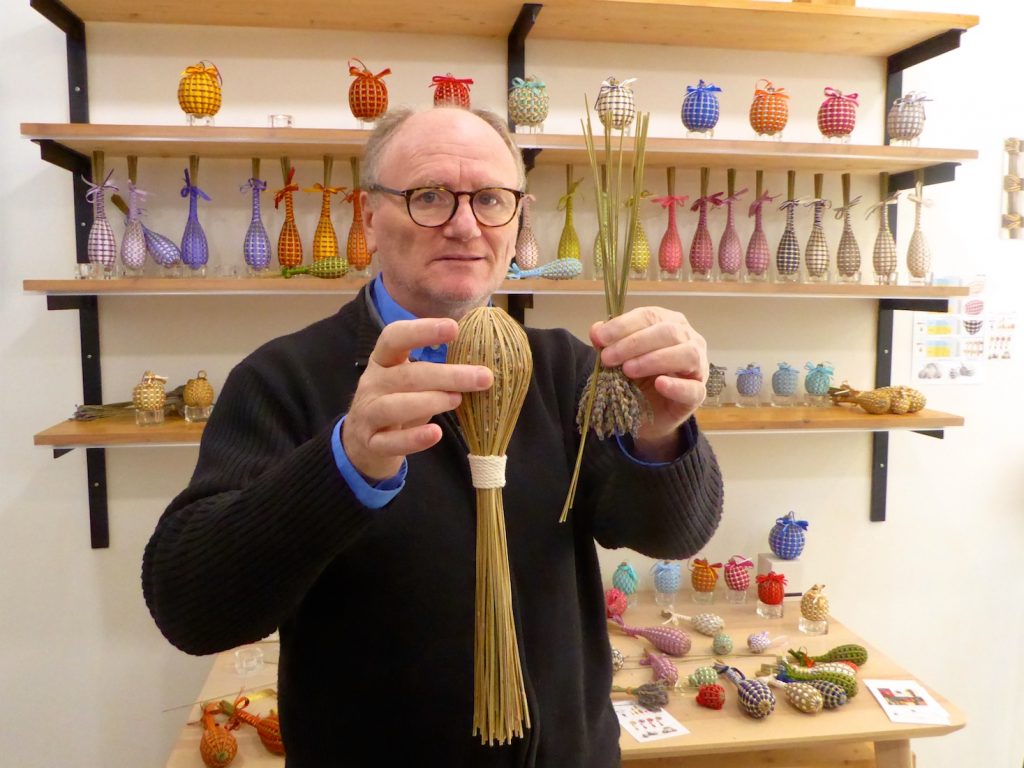 Committed to quality and excellence La Maison FRANC only uses the finest of ribbons predominantly from the best producers in St. Etienne, France.

La Maison FRANC offers two shapes, as a standard, the wand and the boule both in a variety of sizes, priced according to the luxury of the ribbon. Click here for design details. 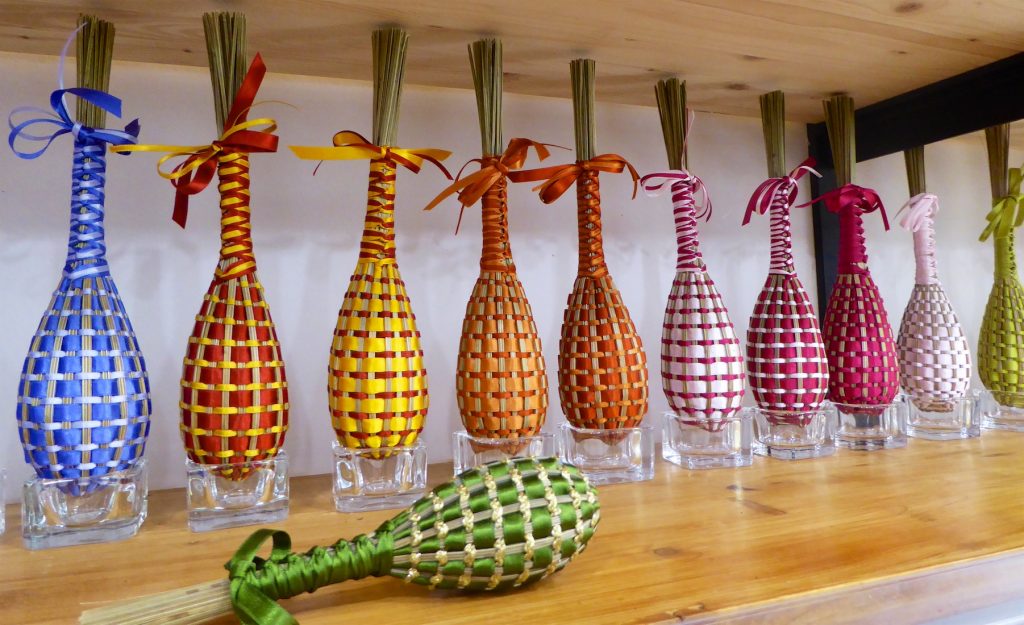 The story of Lavender

People have been using lavender medicinally for centuries. Both the Greeks and the Romans recognized its’ healing properties and the Bible refers to it as ‘spikenard’ used to wash the feet of Jesus. Lavender began to be used medicinally in France in the 11th century, initially in Montpellier, 160km from Lourmarin. In England in the 16th century Queen Elizabeth I insisted on fresh lavender throughout her residences and in the 17th century it was used as a remedy for the Great Plague in London. During the Victorian era lavender became extremely popular both in gardens and perfumed products.

The story lavender as a perfume, often called the ‘blue gold’ by perfume manufacturers. really begins in Grasse, 200km from Lourmarin, in the Provencal hills above The French Riviera. In the 12th century, rather than perfume, Grasse was renown for it’s leather-tanning industry, especially its leather gloves coveted among the nobility of Europe. Soaked in urine to soften the leather the gloves smelt unpleasant until a local tanner created a leather scent of rose water and spices. When a pair of scented gloves were presented to Catherine de Medici she was enchanted and the rare scents from around Grasse, myrtle, jasmine, rose, orange blossom wild mimosa and of course lavender began to be captured and bottled. And so Grasse became established as the perfume capital of the world. 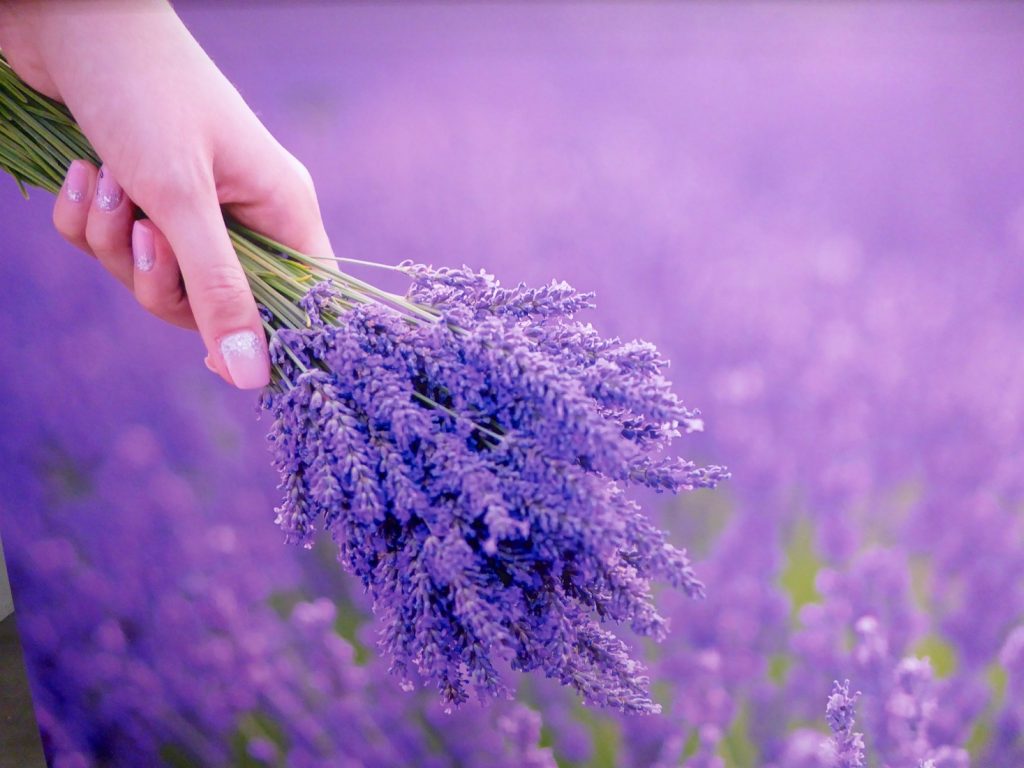 Philippe currently has two workshops. Firmly believing in the essence of peace these perfumed gifts can bring he would love to open workshops in Israel to have Palestinian and Israeli women working alongside each other and one in Tasmania with Aborigines and Australians working together.

Involved in this business for over 13 years, Philippe is hoping to create similar products with amber and rose and is going to Oman to harvest frankincense to apply the same principals he’s used with lavender.

Already selling to numerous exclusive hotels and brands throughout the world Philippe opened La Maison FRANC in Lourmarin this summer. He is partnering with a jewelry shop in St Johns Wood, London and was leaving for Dubai as we spoke. 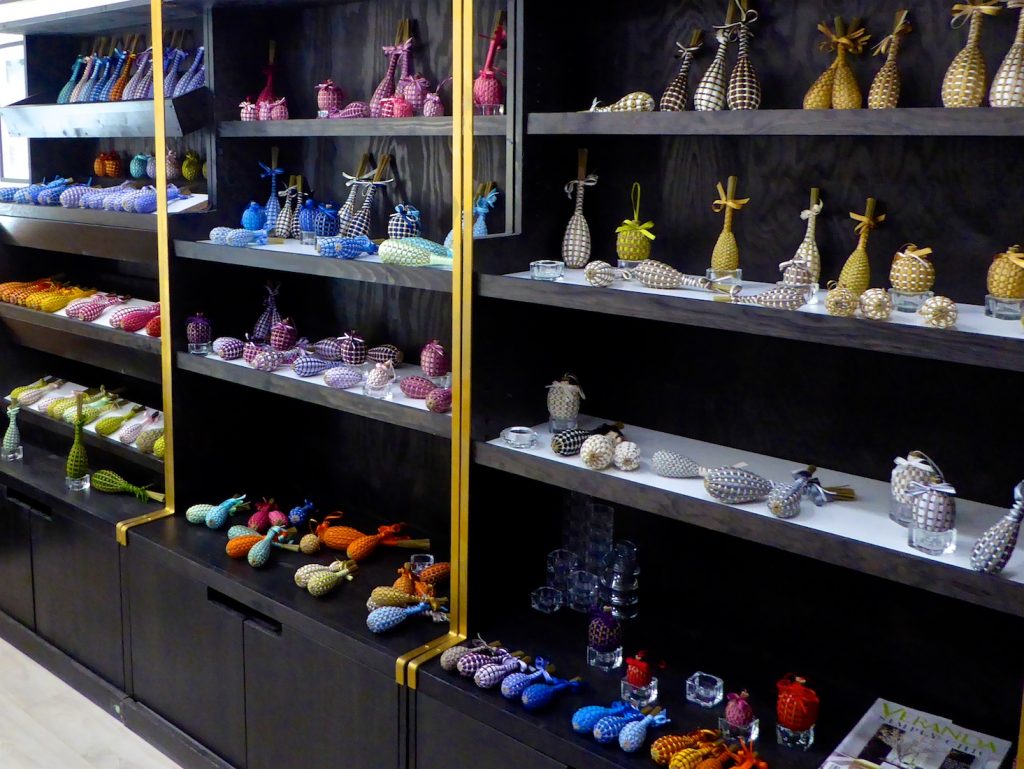 What could be more special than a present made of natural products which when squeezed releases the evocative fragrance of Provence?

The best lavender interwoven with beautiful ribbon distinguishes this exceptional gift, its beautiful scent expressing welcome, friendship & love. No wonder they are so often used for celebrations of both. 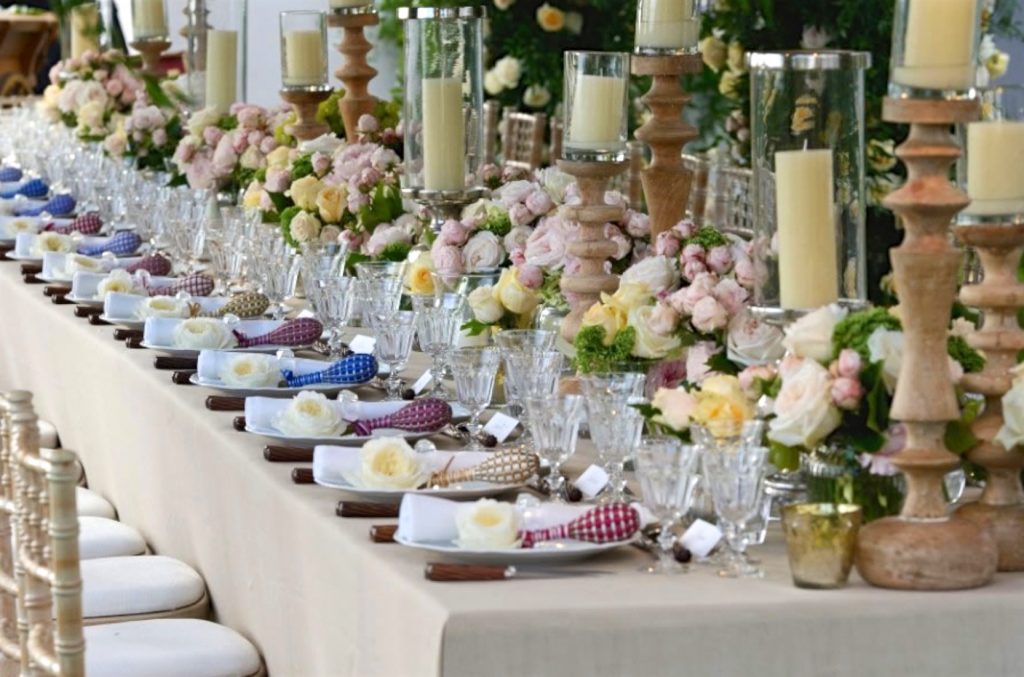 La Maison FRANC ships all over the world. There’s still time to buy one of their lovely lavender boules to hang on your Christmas tree, they’re so pretty and fragrant you should keep them out all year.

Visit Philippe’s shop should you come to Lourmarin, he’ll tell you his story far better than I!

Next post Beautiful people & beautiful linens in Lourmarin at KOT 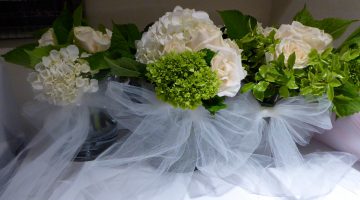