Mont Saint Michel, Normandy, France, first settled in 709, is a fairy tale island, uniquely situated in an enormous bay off the north coast of France. In 966, at the request of the Duke of Normandy, a small church was built on the island, where a group of Benedict monks came to live and worship, establishing the monastery, from which Mont Saint Michel draws its name. Reflecting the feudal society which built up the island, God was placed at its pinnacle, the abbey and monastery being at the top, the great halls below, then the storage areas and housing and around the bottom, on the outside of the walls, farmer’s and fishermen’s homes. After centuries of a somewhat tumultuous history; frequently but unsuccessfully besieged by the British and during the French Revolution converted into a prison, Mont Saint Michel, today is a UNESCO site, visited by millions each year. It is home to only about 44 people, who mostly live in the Abbey, the tall, glittering spire of which dominates the skyline. 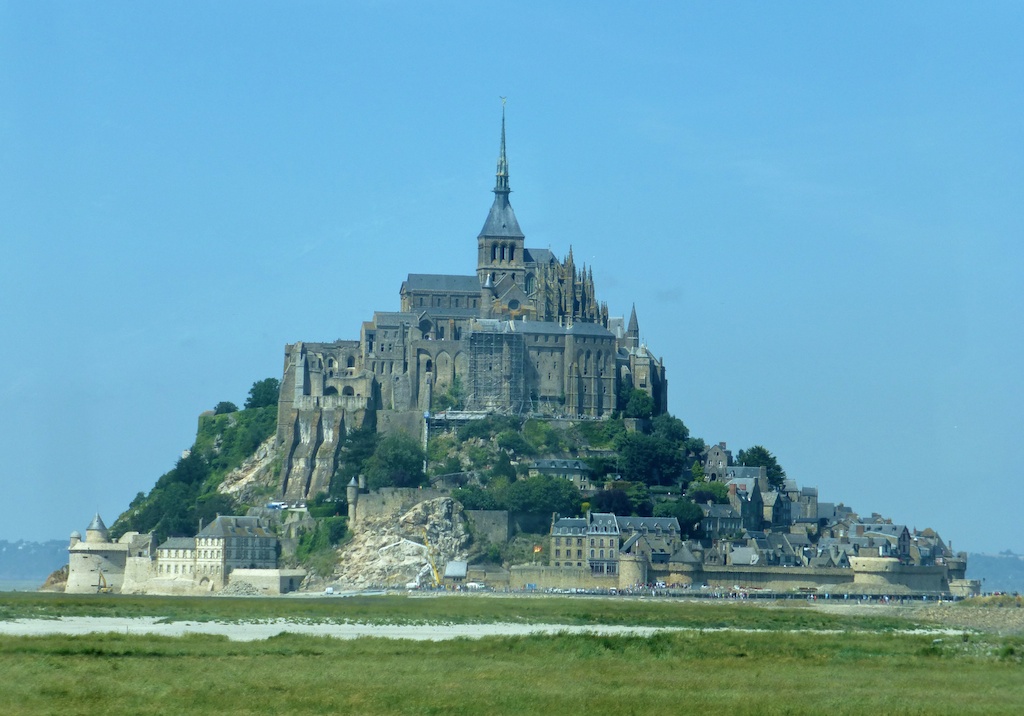 It is a magical place, made even more mystical and romantic during the spring and autumn when it is frequently separated from the main land during high tide. These tides can vary by as much as 46 feet and are considered to be the highest in Europe.
On a mid July late afternoon, I joined hundreds of others to watch the daunting current sweep in and cover the sand in a watery skirt around part of the island’s perimeter. 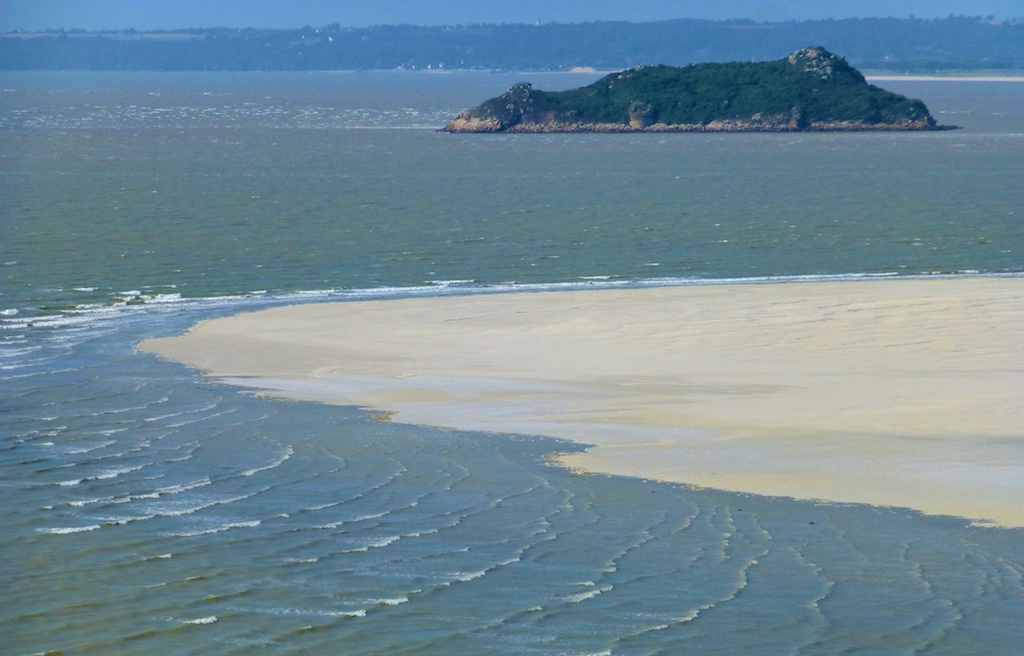 It was over forty five years ago, as a small child, that I first visited this enchanting island. Entering the outer gates 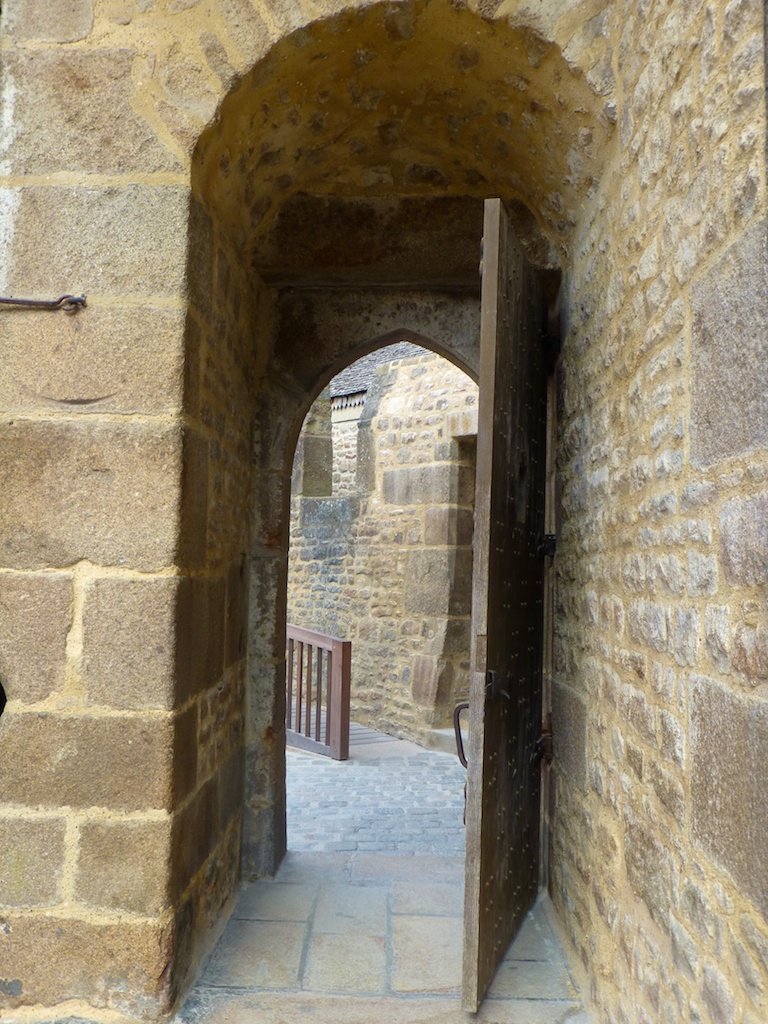 to walk through the ancient door way by the drawbridge, 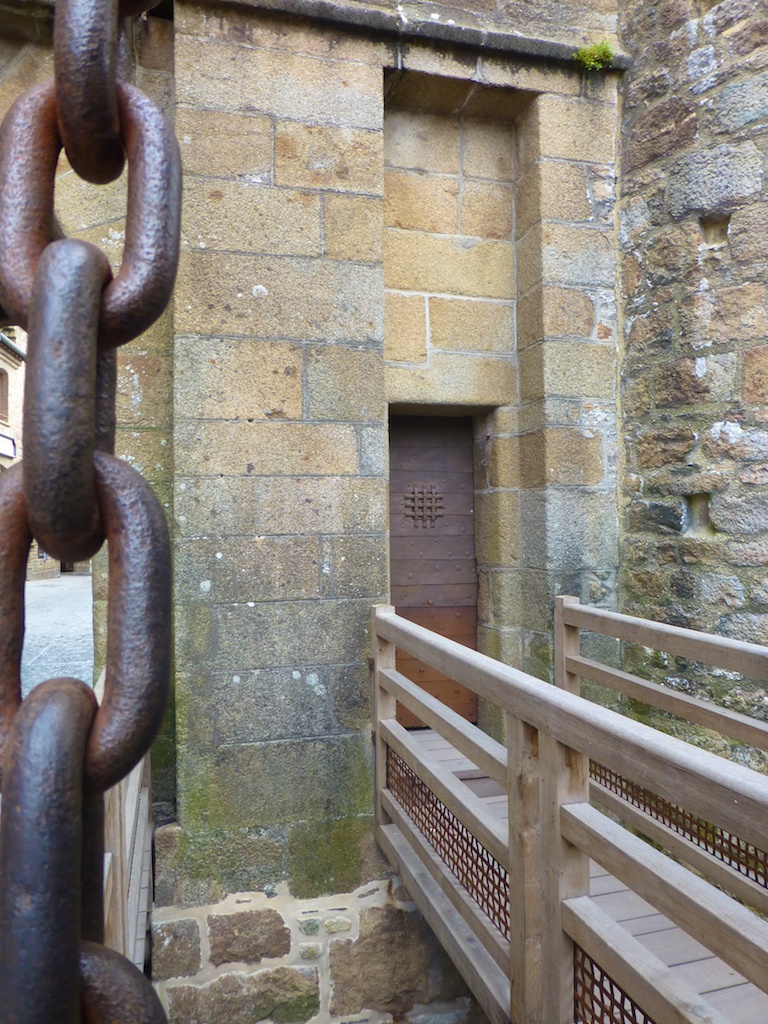 and explore the narrow, cobbled streets, 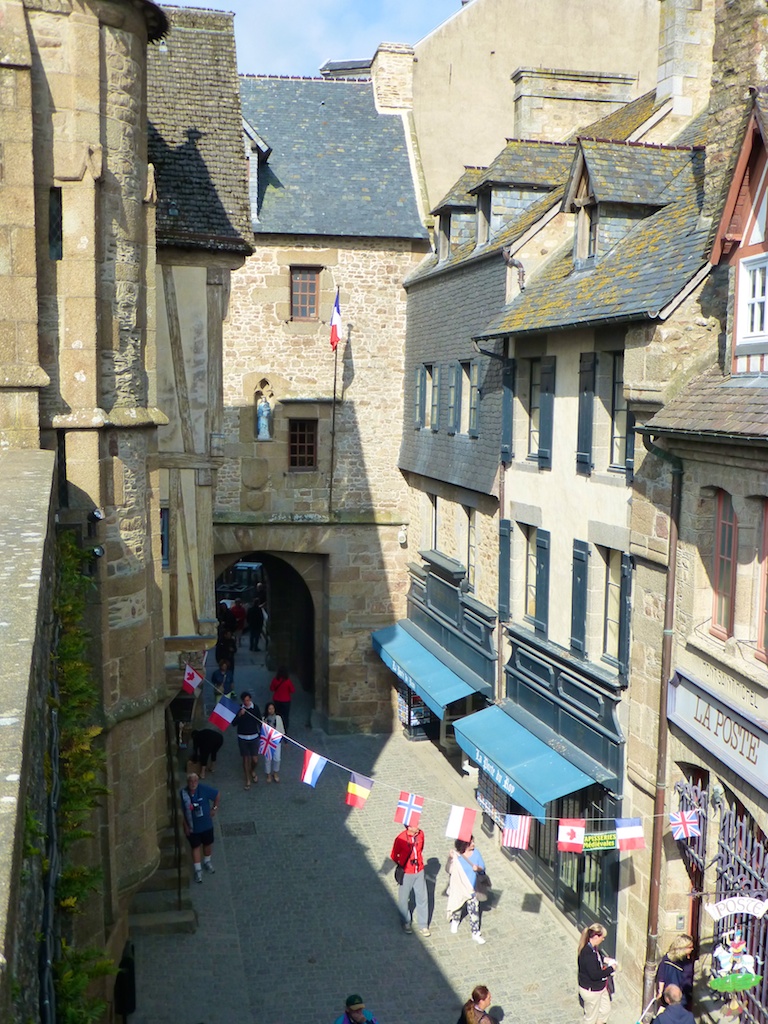 which seemed to the small child version of myself to become steeper and steeper as they made their way up towards the Abbey. It appeared to me then like a Fairy King’s Crown atop of the island, majestic and imposing demanding the respect of all who came before it. 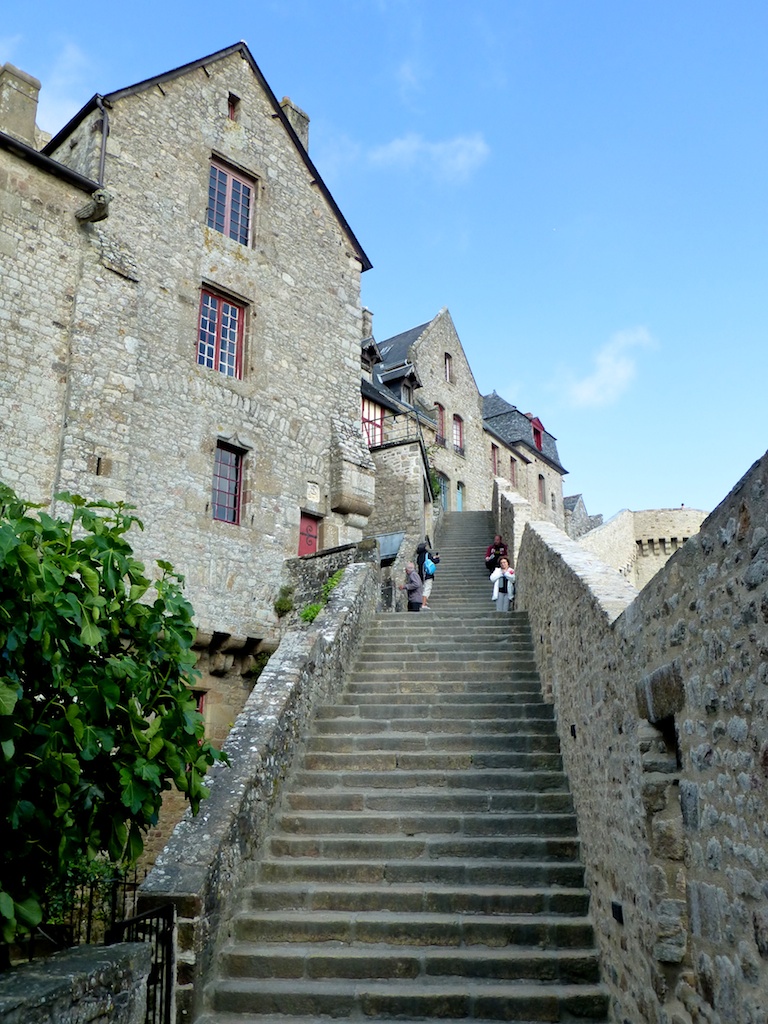 Today as I made my ascent, staring between the roof tops, 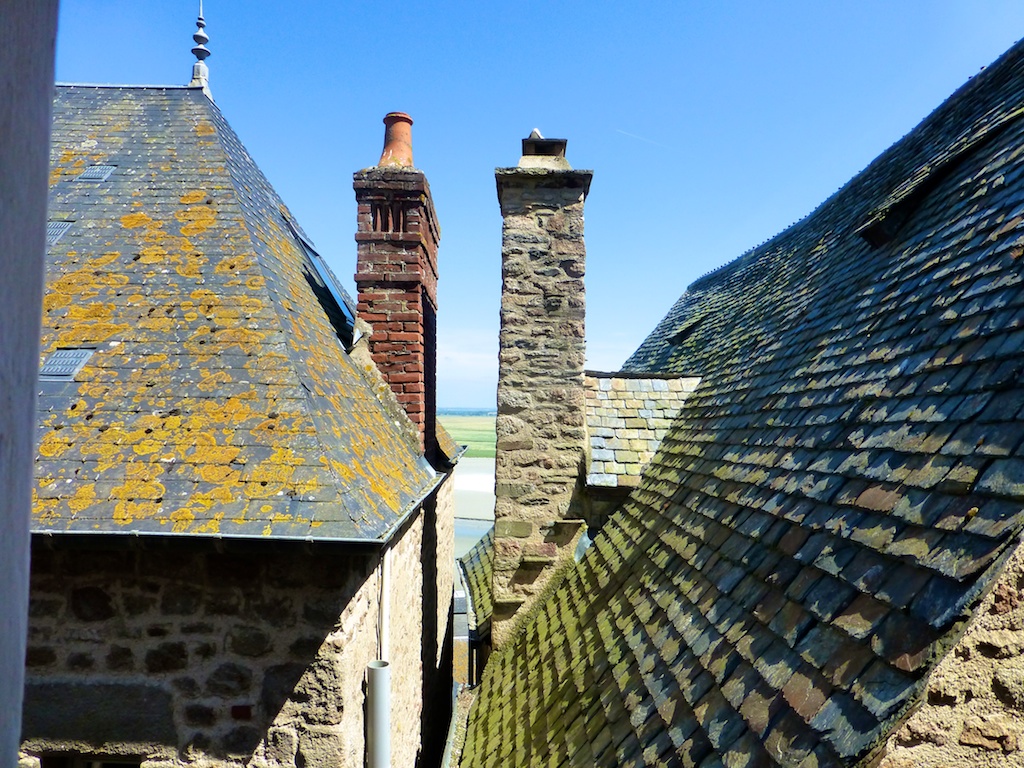 I caught glimpses of the Abbey through the Medieval gables 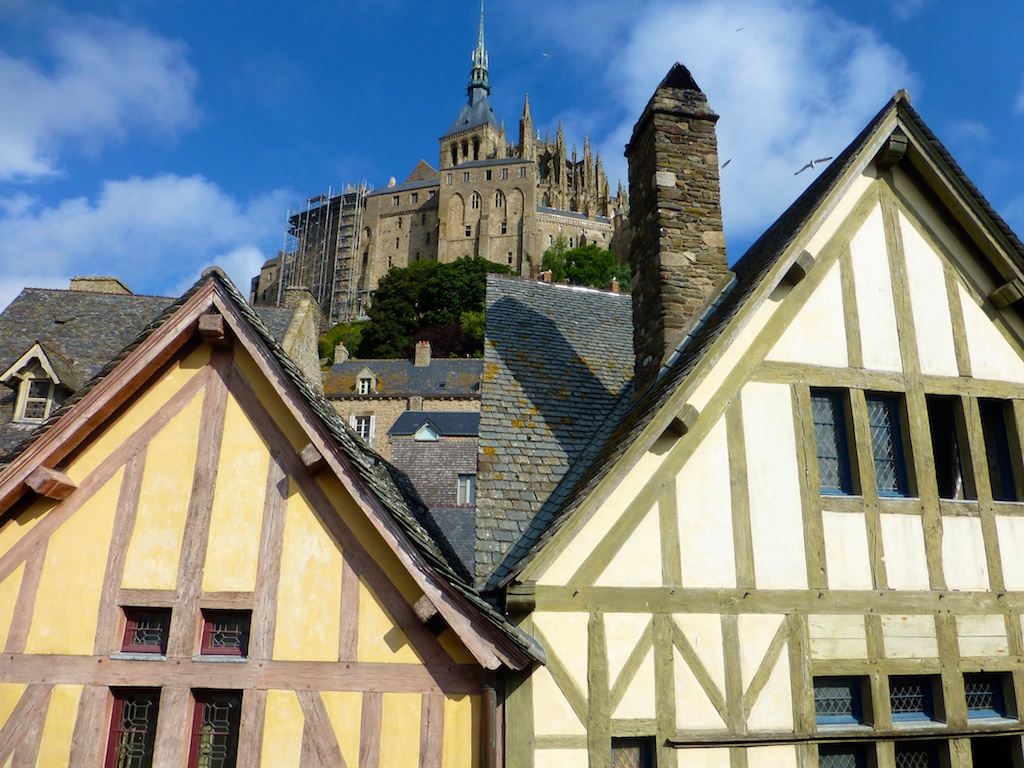 and was occasionally startled by the piercing shriek of the gulls swirling in the thermals high above as one swooped down to rest on a nearby wall, checking up on the herds of visitors that nothing was amiss. I smiled at his boldness as he cocked his head and looked me up and down! 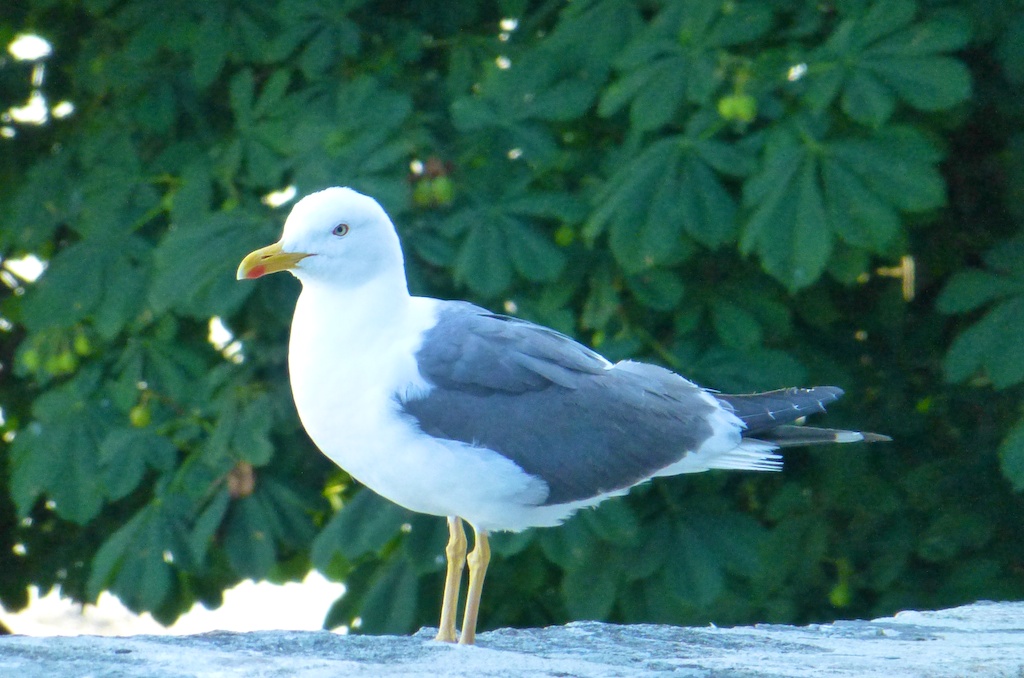 As I approached the steps that led up to the Abbey church, a small door opened and a nun hurried ahead of me. 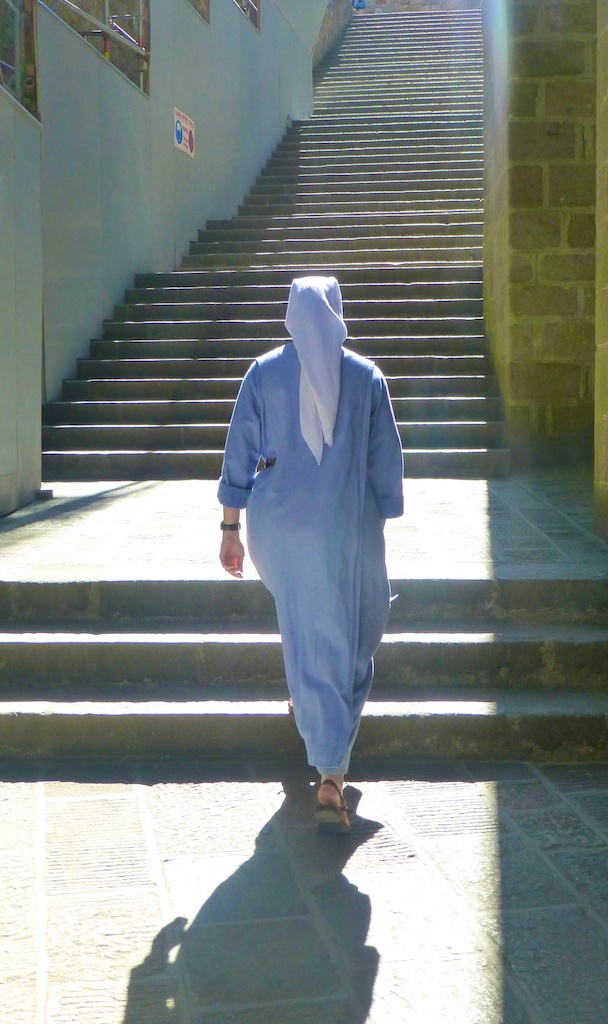 I followed her up to her place of worship, as she disappeared through a stone archway, 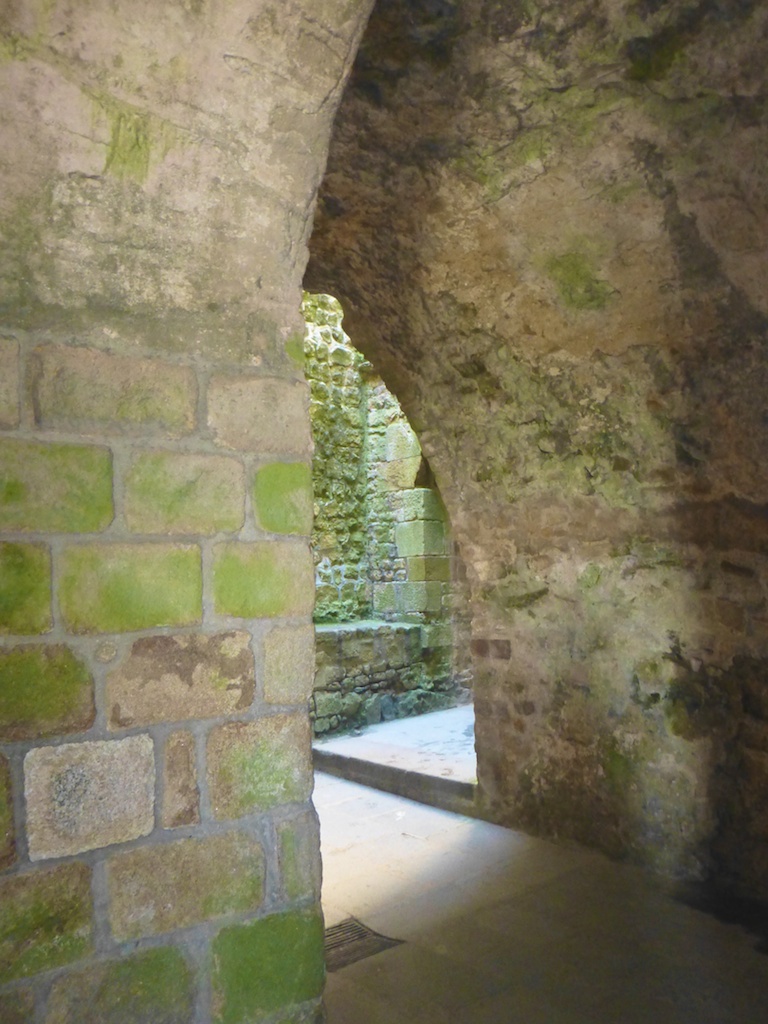 to join others from the Monastic Fraternities of Jerusalem, at prayer inside the sanctuary. 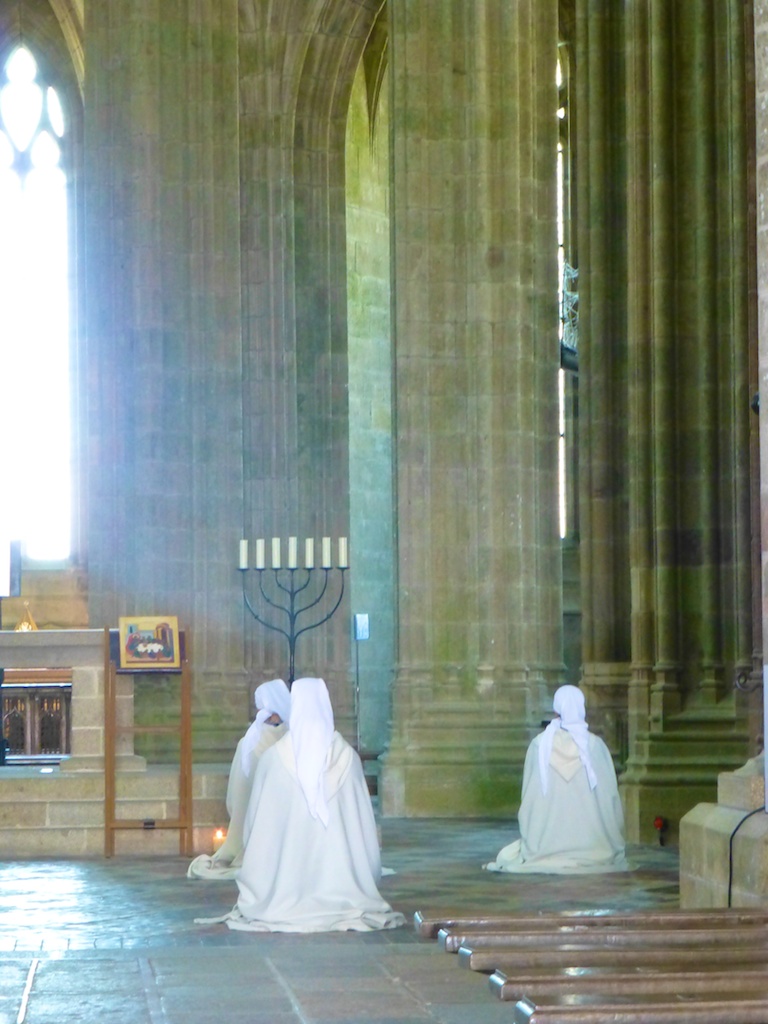 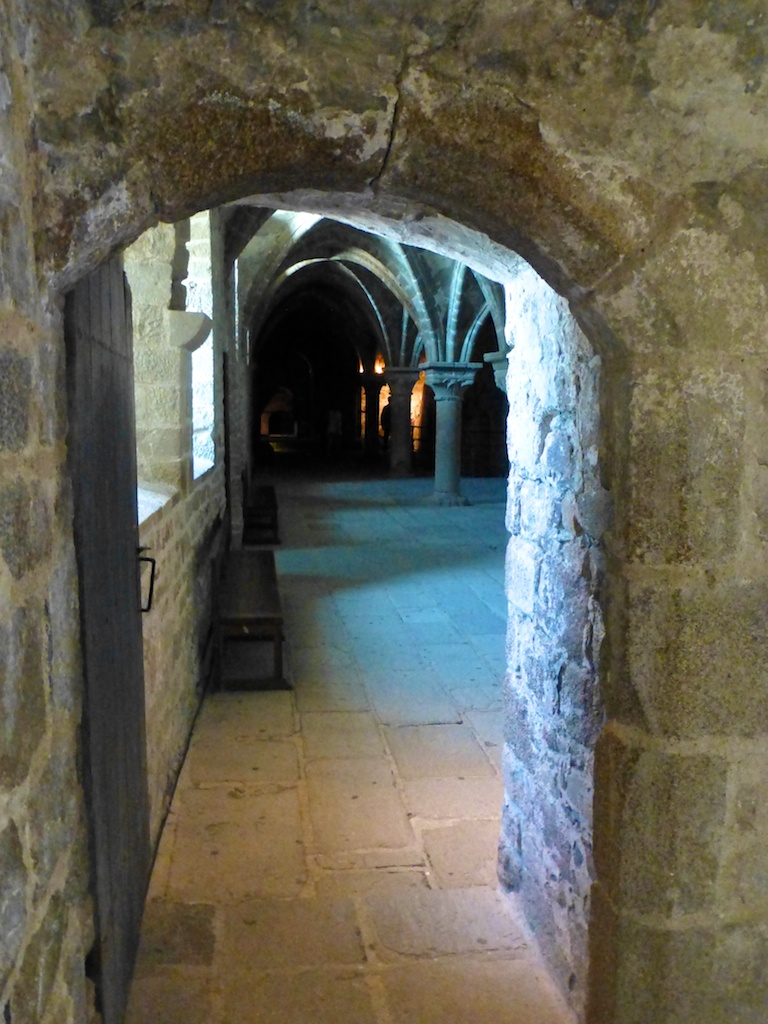 I marveled at the floor, 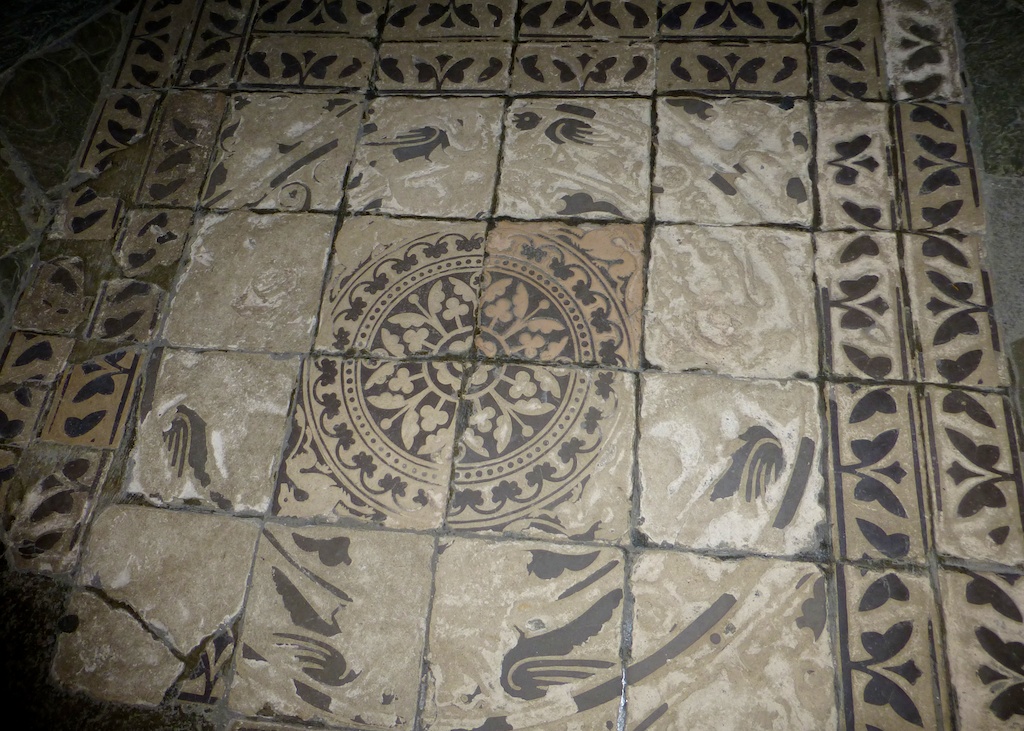 which despite its’ immense age remained in tact and beautiful. I then stepped out into the cloisters momentarily dazzled by the bright sunshine. 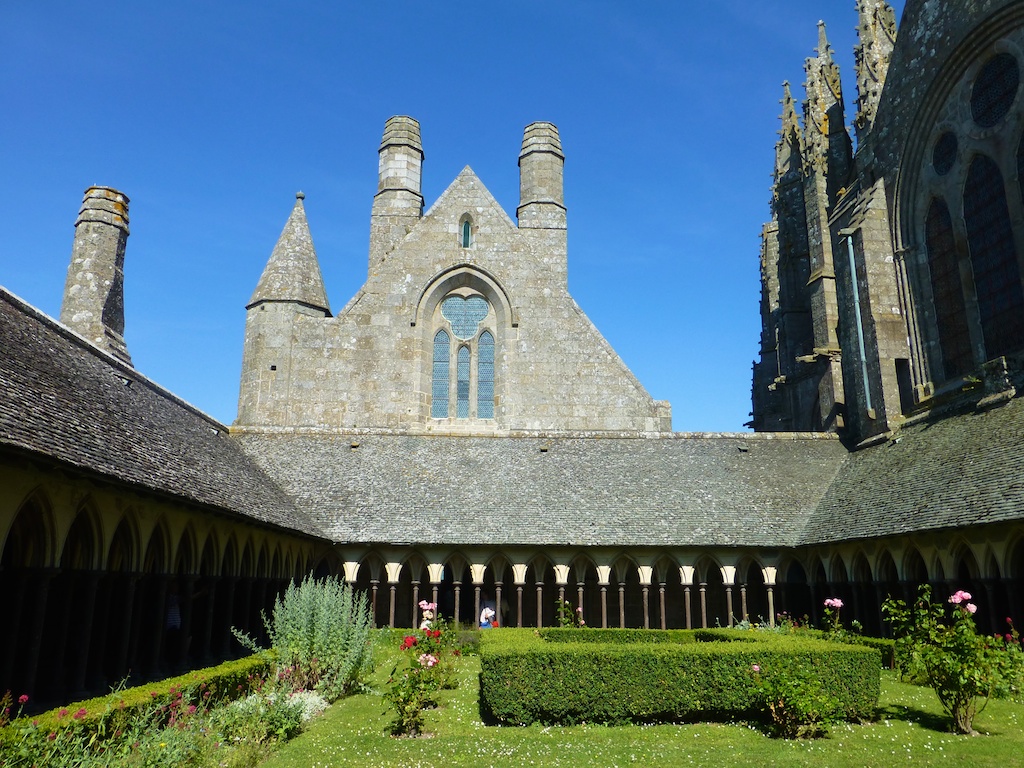 I peered across the courtyard through the finely carved archways, 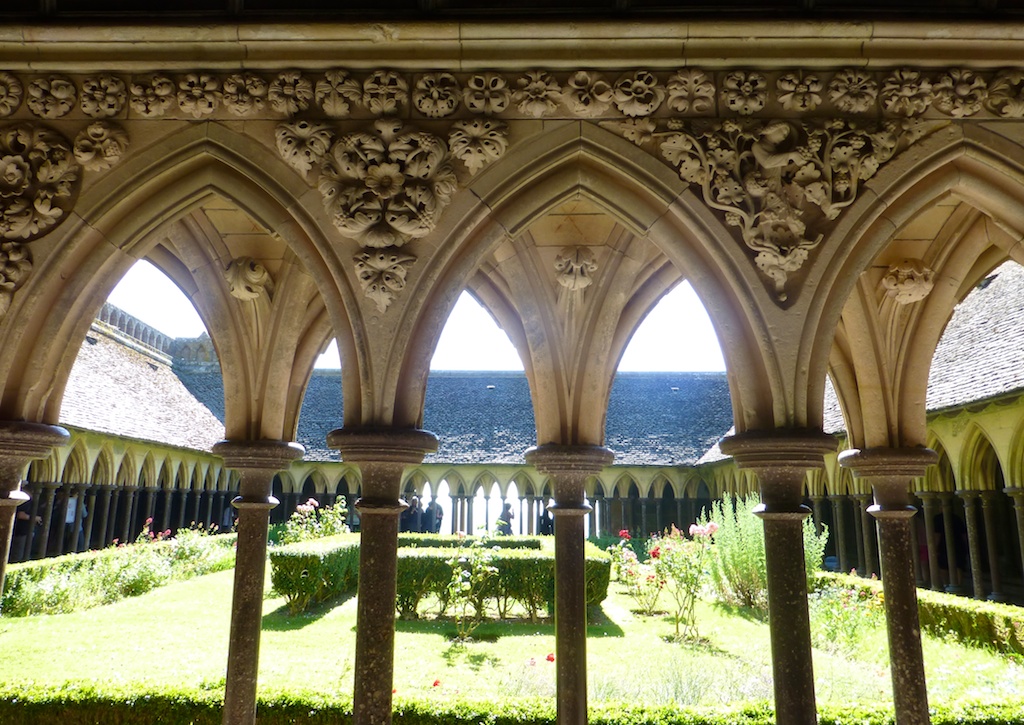 and contemplated once again those that ‘gave up’ their life into the service of God. Gentle choral notes filled the towering cavity of the the Abbey consuming the void with an echoing beauty as evening worship began. 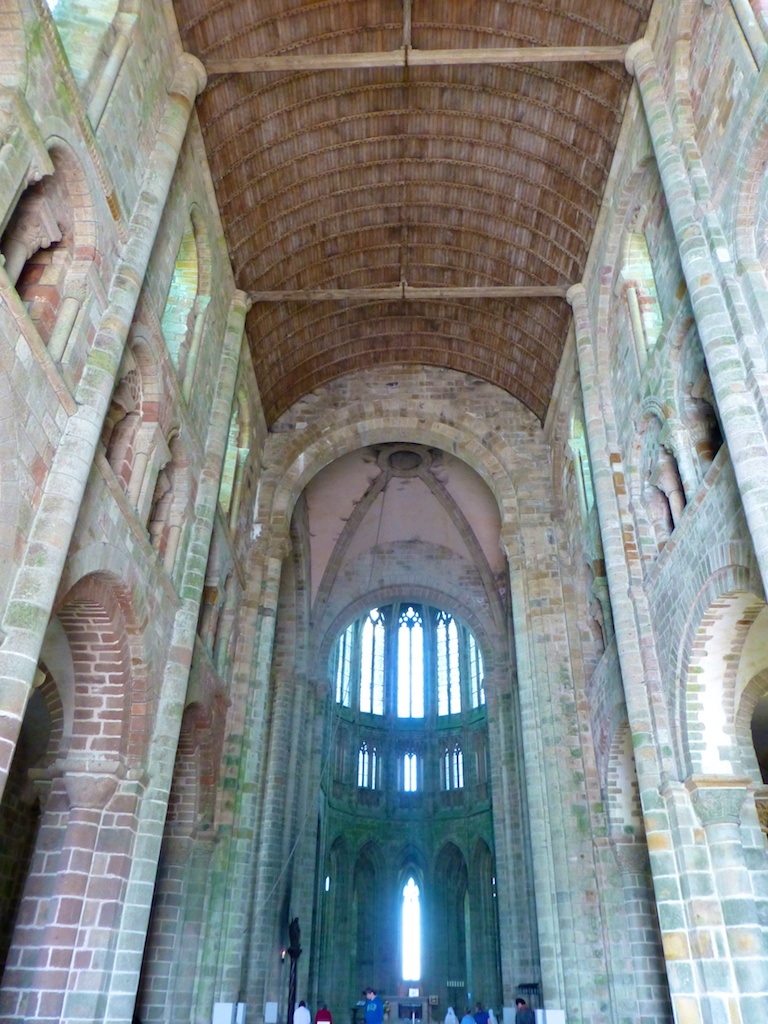 Back outside I wandered back to my own place of rest, nestled between the buildings of the narrow streets, 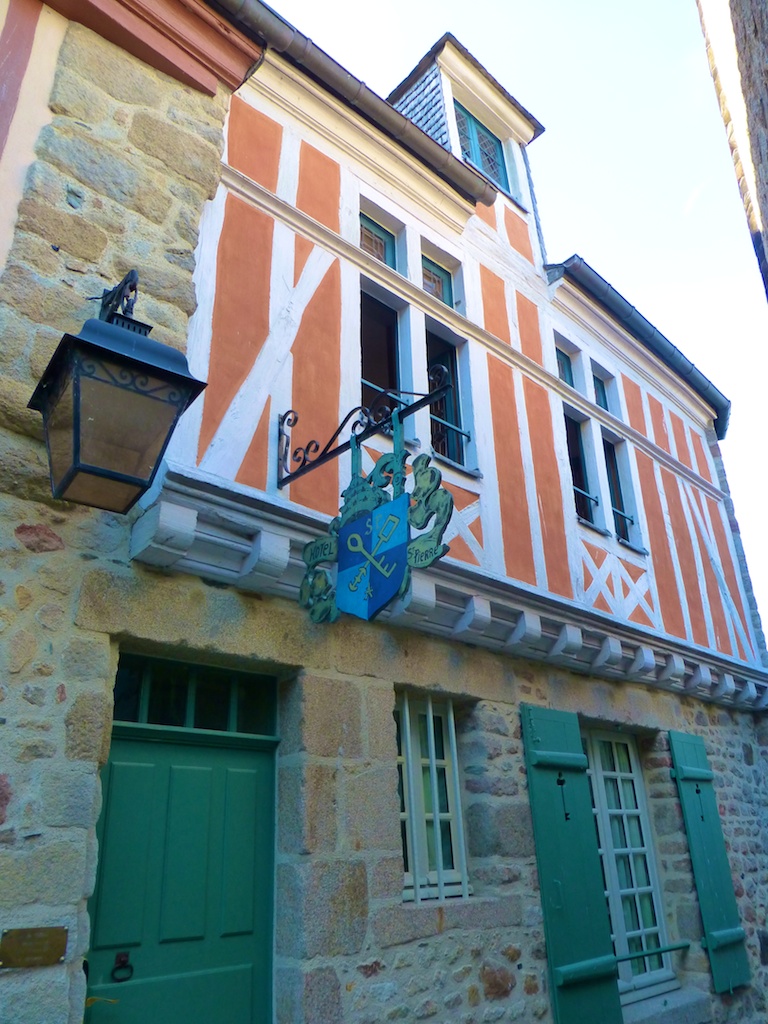 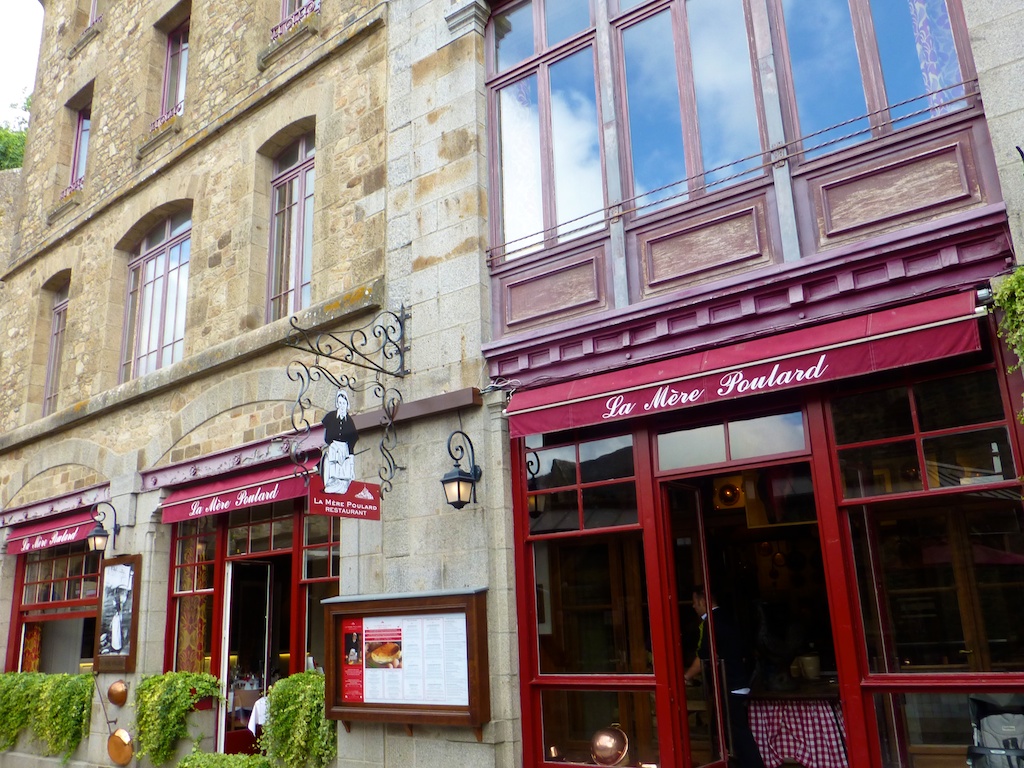 Here I remembered watching as the chefs cook the dish for which they are world famous. Enormous omelets, whipped up in giant copper bowls, 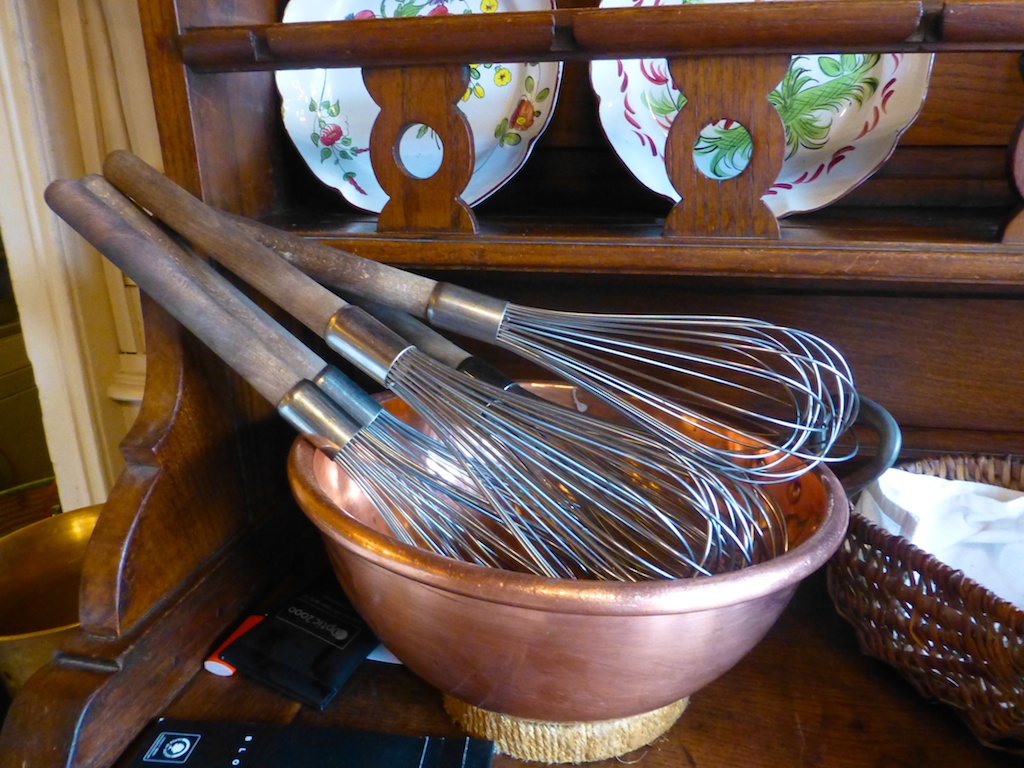 selected from the vast array on display, 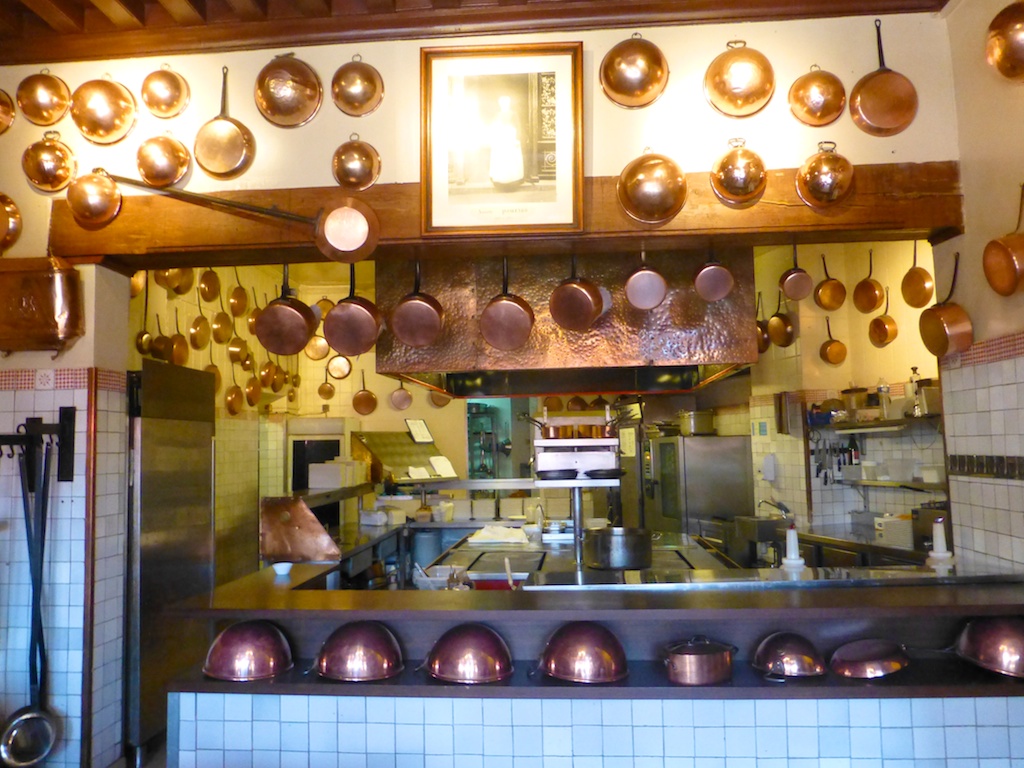 to be magically transformed into a mouthwatering culinary delight over a roaring open fire. 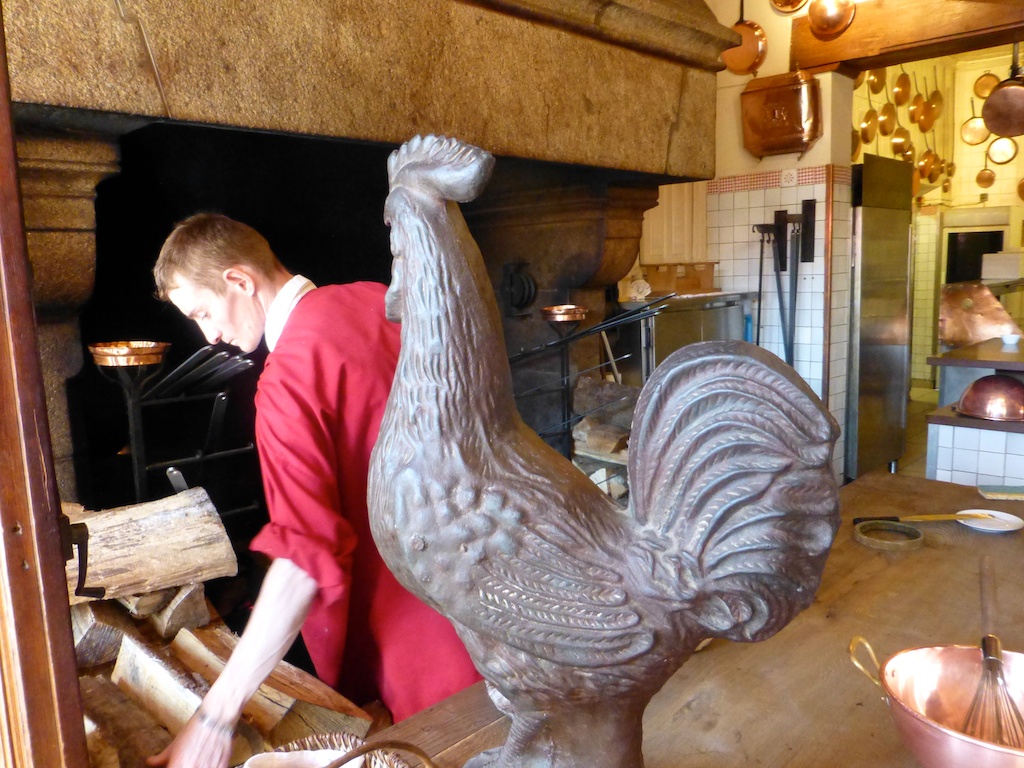 Next post A magical place to stay, Provencal ambience at La Bégude Saint-Pierre 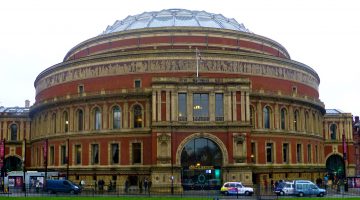