Shakespeare’s, England and the Cotswolds

Stratford-upon-Avon, Warwickshire, England, birth place of William Shakespeare (1654-1616). Located on the River Avon, 103 miles west of London, during Shakespeare’s time, Stratford-upon-Avon was a busy market town. Today, its market still thrives and despite its streets being full of the predictable collection of shops, found in many modern English towns, Stratford’s Tudor heritage is very much in evidence. 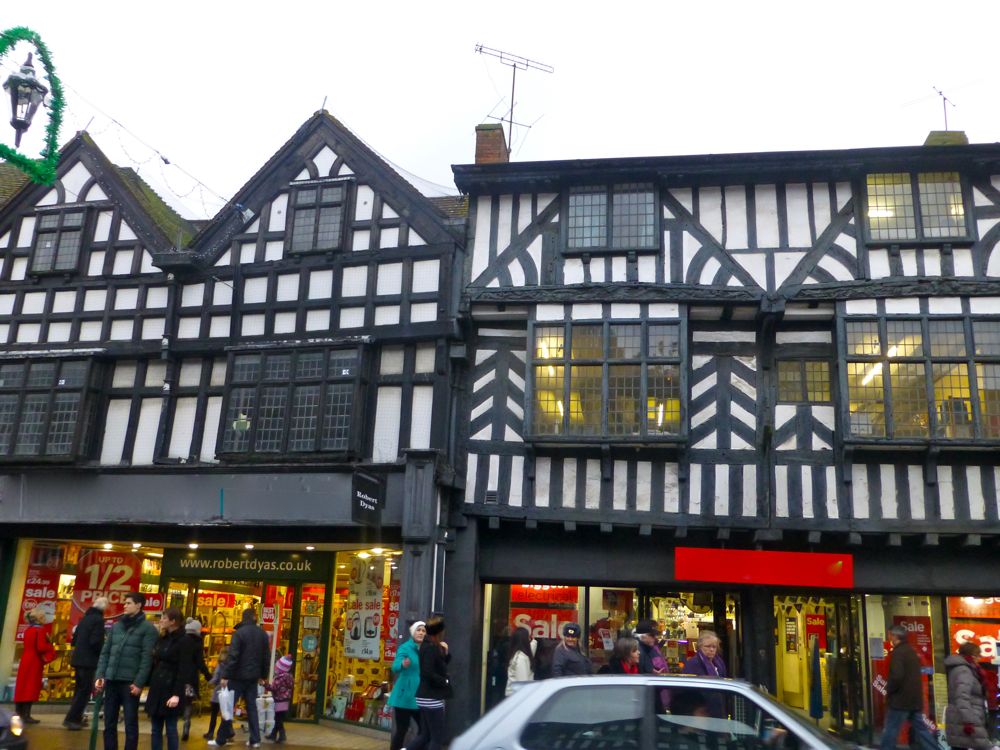 Timber framed wattle and daub, sixteenth century architecture, preserved over the centuries, photographed by millions who come to pay tribute to William Shakespeare. You almost have to pinch yourself that what you are looking at is the ‘real deal’ not a Disney mock up, particularly when you are standing infront of the imposing house on Henley Street, Stratford, where this great writer was actually born. 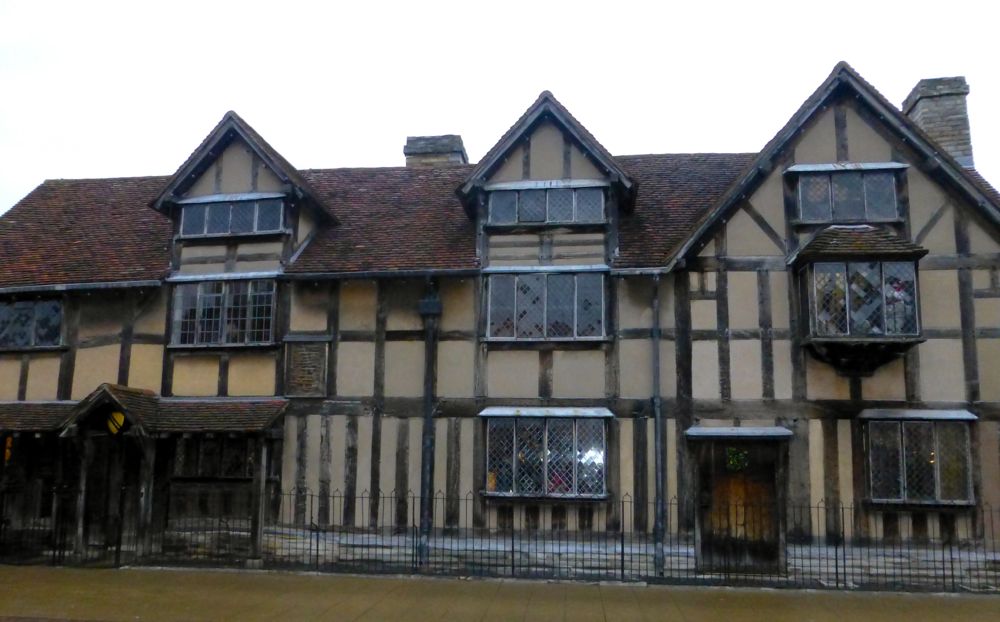 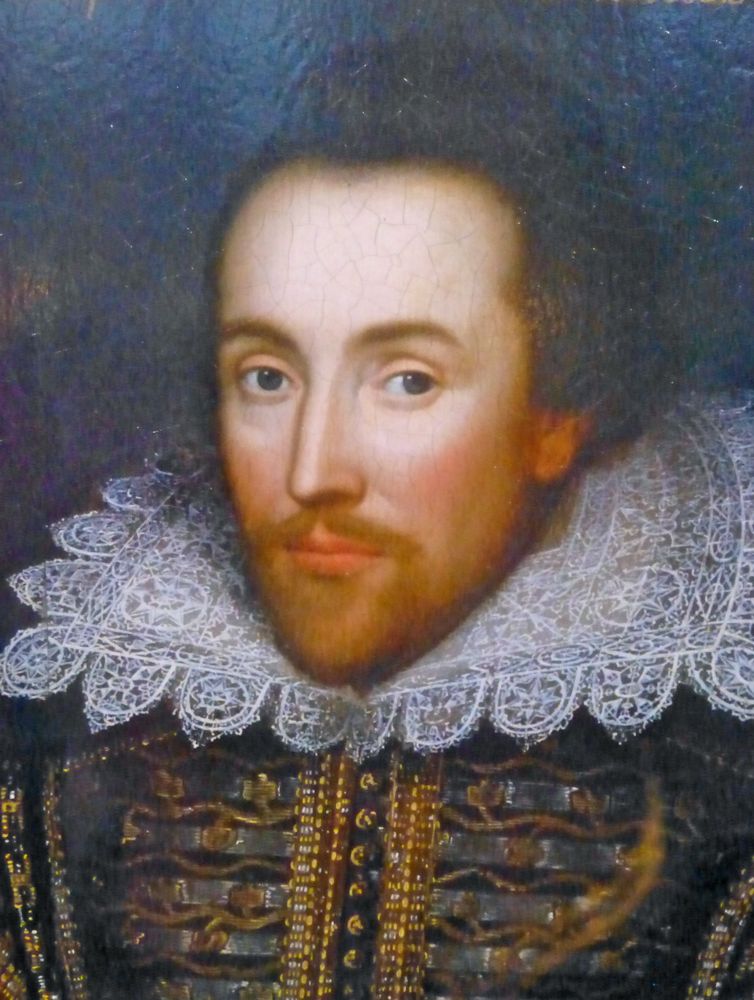 It is not clear from public records the exact date of Shakespeare’s birth but it is thought to have been on April 23, 1564.

William was the third child of John Shakespeare, a leather merchant, and Mary Arden, a local landed heiress, they had two older daughters and three younger sons.

It is believed Shakespeare attended King’s New School, in Stratford. 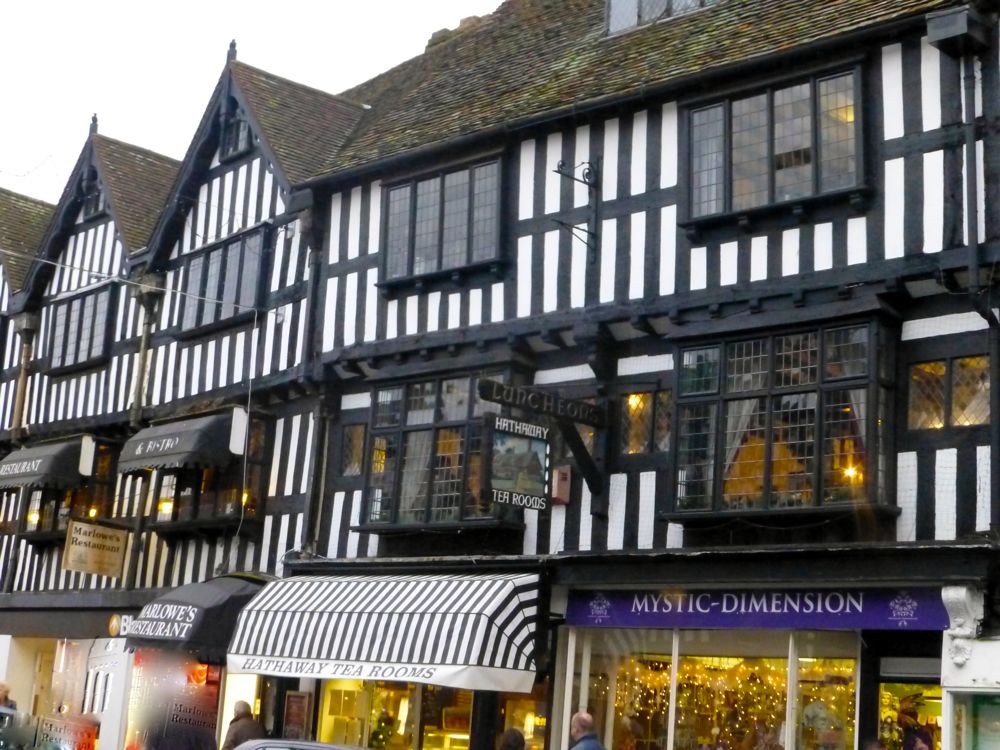 On November 28, 1582 at the relatively young age of 18, Shakespeare married Anne Hathaway, 8 years his senior. They had 3 children, two daughters and a son, one of a twin, who sadly died at age 11. By 1597, William Shakespeare had published 15 of his 37 plays. At this time he purchased the second largest house in Stratford, ‘New House’, for his family. Shakespeare himself spent most of his time in London writing and acting. Due to the difficult four-day ride by horse from Stratford to London, it is believed that he only lived with his family in Stratford during the 40-day Lent period, when the theaters were closed.

By 1599, William Shakespeare and his business partners had built their own theater on the South Bank of the River Thames in London. The world renowned Globe Theatre, a rebuilt version of which remains on the site today.
The great works of Shakespeare were not without controversy, both during his lifetime and subsequently. However they also earned Shakespeare great respect and adulation. The impact his writing has made over the centuries all over the the world in literature, culture, art, theatre, and film is probably greater than any other writer. Shakespeare is to this day is generally considered to be one of the best English language writers of all time. 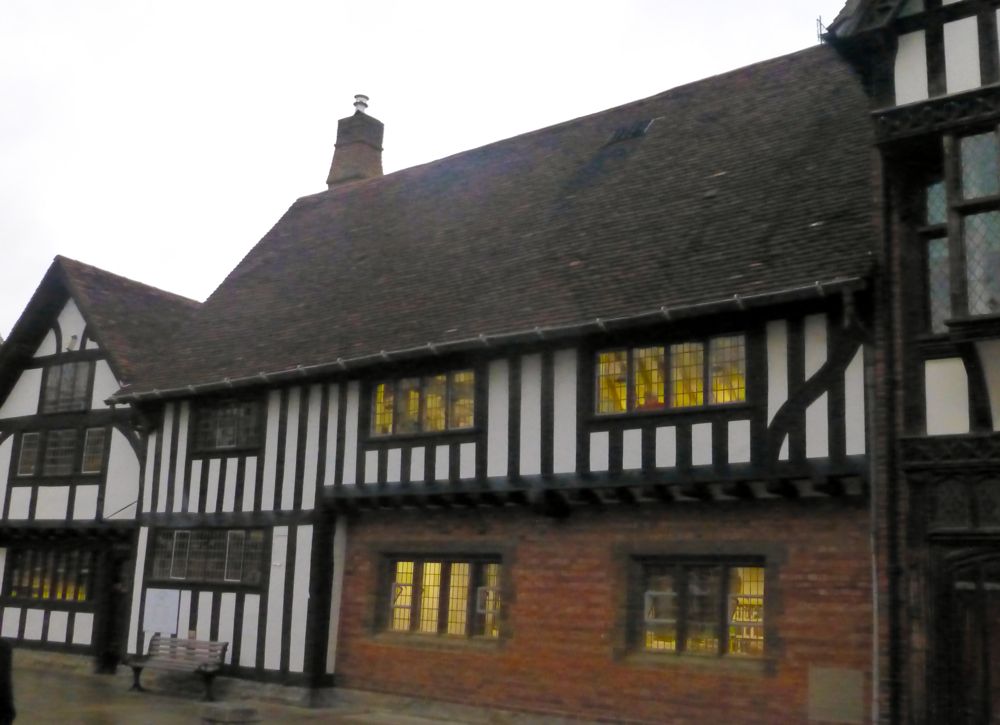 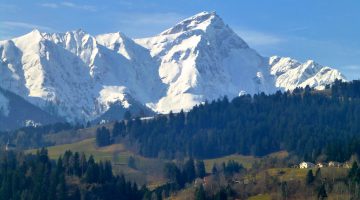