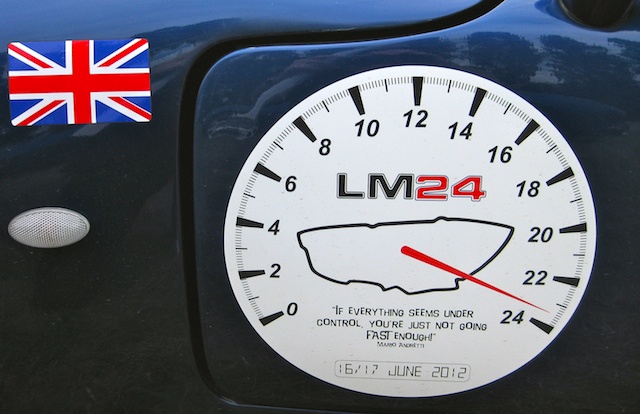 What exactly is it that lures people to follow sport? Is it the thrill of the event, the camaraderie, the anticipation of victory, the rekindling of childhood dreams? All my life I have been surrounded by men with a craving for motor sport. Restoring and nurturing their own prized Austin Healey’s, MG’s, E-types, Triumph Spitfires and Porsches. All represented this year at 24 Heures du Mans car events! 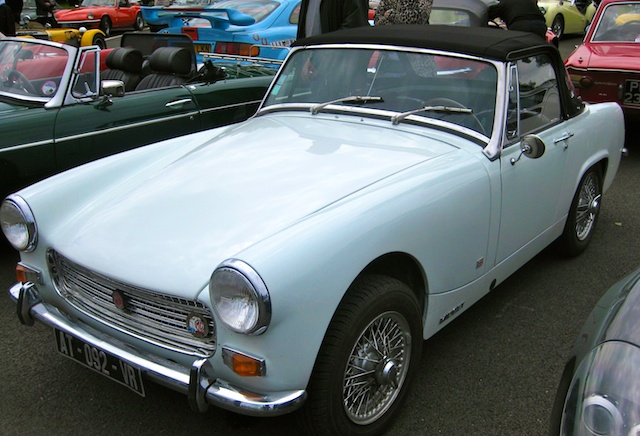 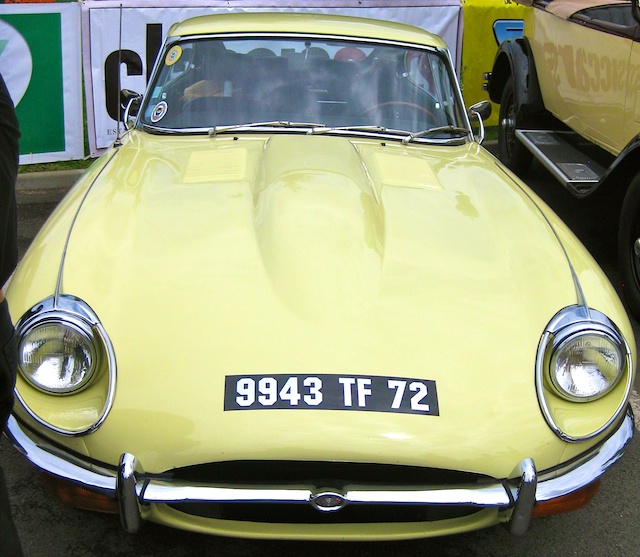 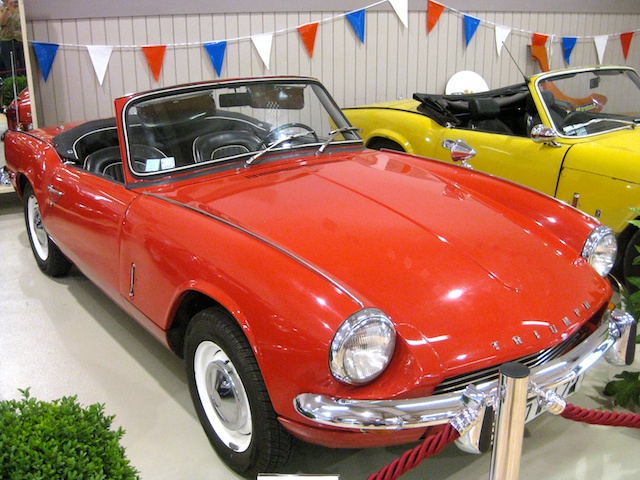 Enjoying track days, racing Mazda Miata’s and loyally being avidly glued to each and every Formula One event of each season since as far back as I can remember, at least 1975! All of the men in my life (my father, brother, husband, son and many dear friends!) have shared this passion for cars and especially racing cars.  Top of the list of their favourite events has to be ‘24 Heures du Mans’ in France’s stunning Loire Valley. 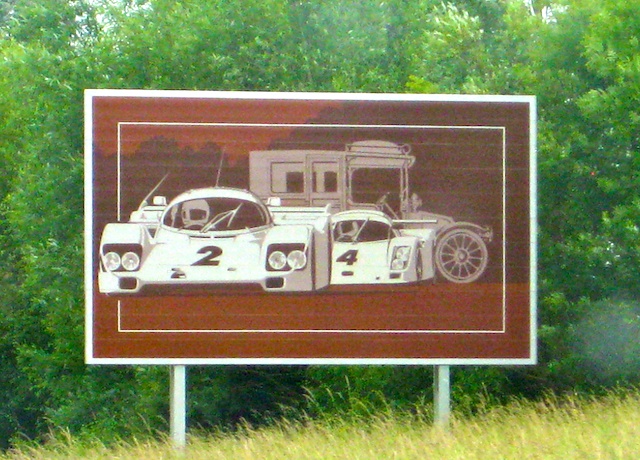 ’24 heures du Mans’ is a twenty four hour endurance race, testing the speed and endurance of both the car, its drivers and their team. Attracting a larger global crowd than any other racing event, made even more famous in the 1970’s by Steve McQueen and this year celebrating its 80th year.

An almost annual pilgrimage since 1987, this year I was invited to be part of it, my 3rd time although not for sixteen years! And despite the rain and ‘brrrr’ would I, ‘francophile’ that I am, refuse the opportunity to return on the chunnel to the Loire Valley barely 2 weeks after having left it? 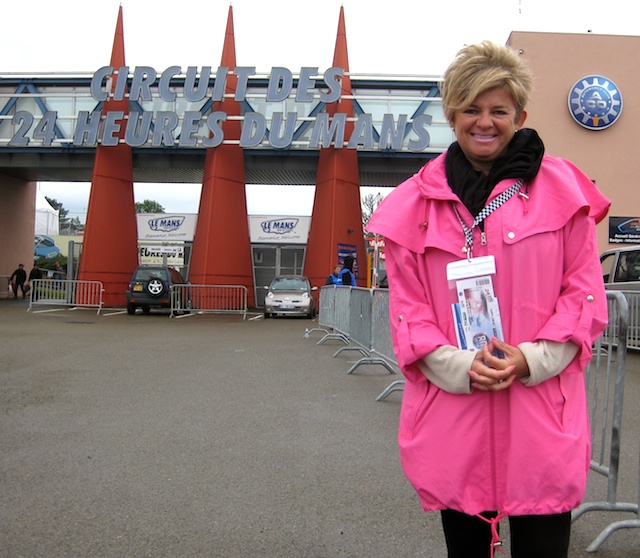 Glamorous, sexy, and alluring, the smell of brake dust, oil and petrol pervading your nostrils, male testosterone rippling its muscles amongst the crowd, the roar and screech of high performance., the anticipation and the thrill.

It was exciting to see the California team, the Porsche, Flying Lizards, at this years 24 Heures du Mans as I have watched race at Laguna Seca and Sonoma Raceway.

A weekend of cars at Le Mans 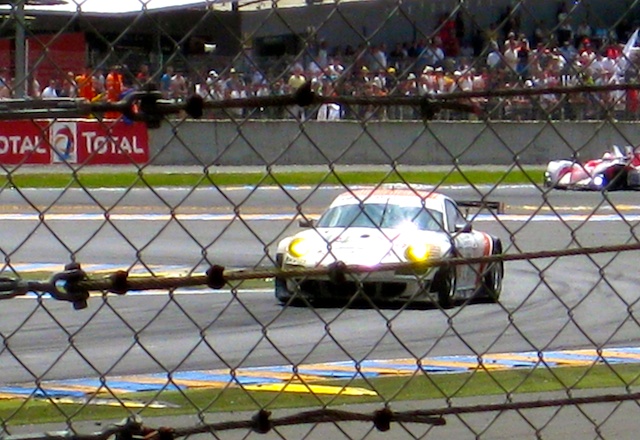 Le Mans is an entire weekend dedicated to the motorcar and twenty four hours of power, of speed, of skill, of fortitude, durability and survival that is ‘24 Heures du Mans’.

This year it was was made more fun spending the event with specially treasured friends who had sped down the Auto-route from England in their Caterham! 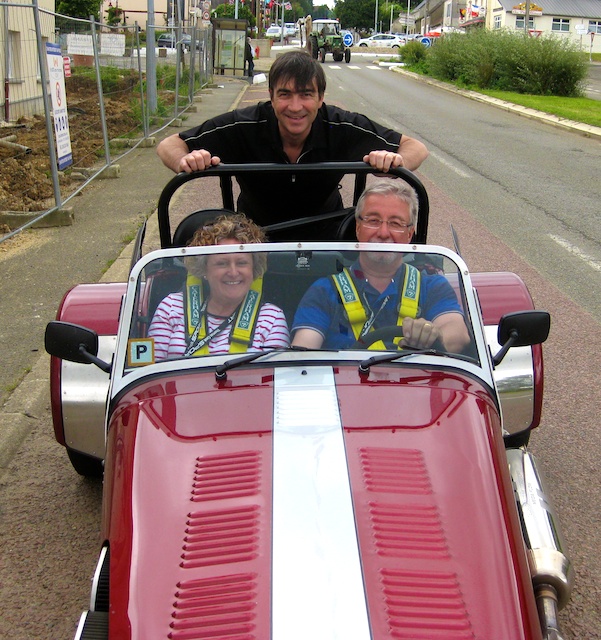 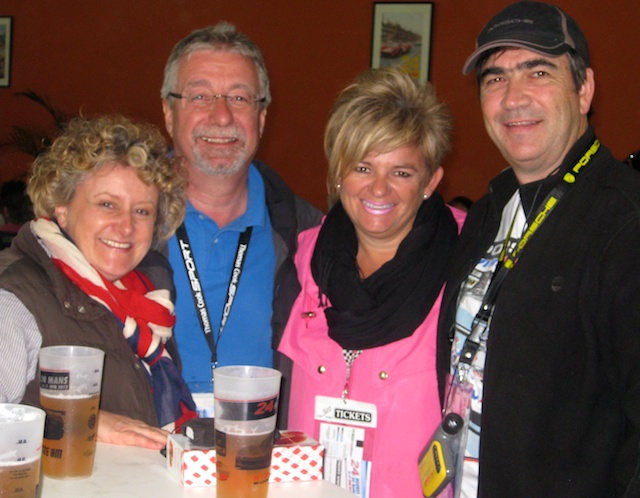 More than anything how can you not be beguiled by the joy of the man you love glued to his Le Mans radio ! 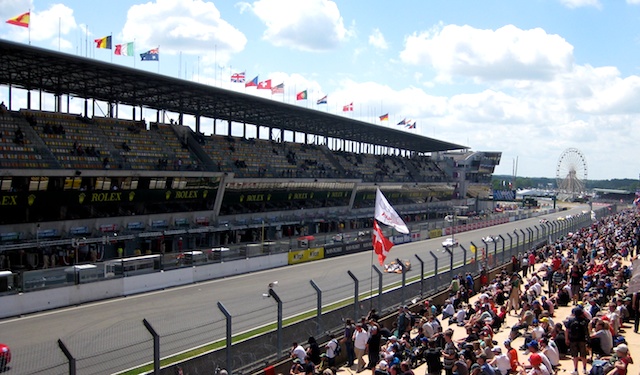 Relishing every single second of this experience; screaming engines, shared passion and exhilaration for racing, speed and cars!
Screeching down the track towards the Dunlop Bridge. 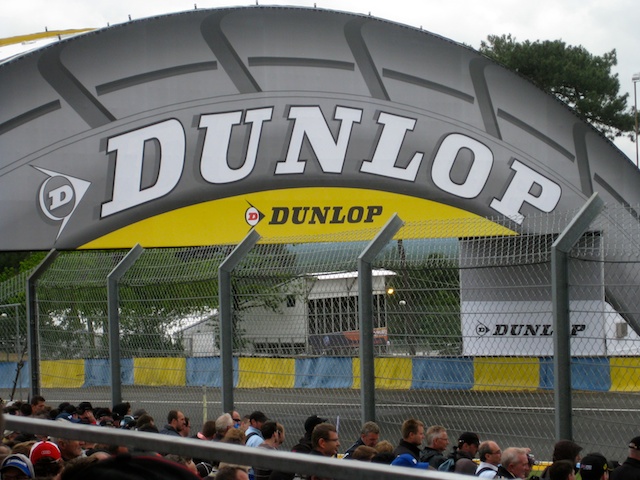 Cheering with the crowd as the Audi Team are once again are victorious! 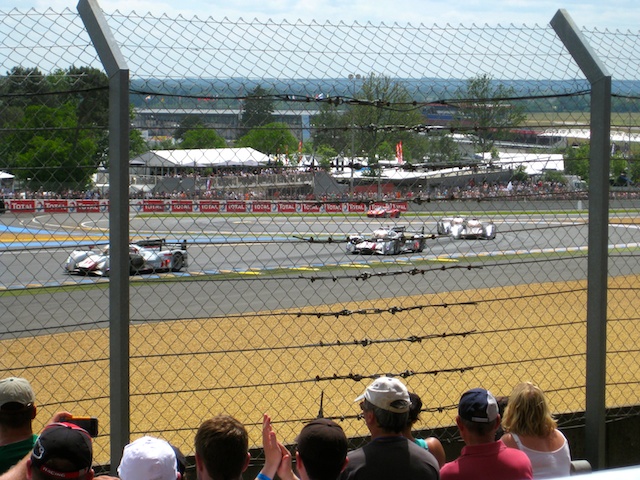 Then being able to walk the infamous track once the race has finished. 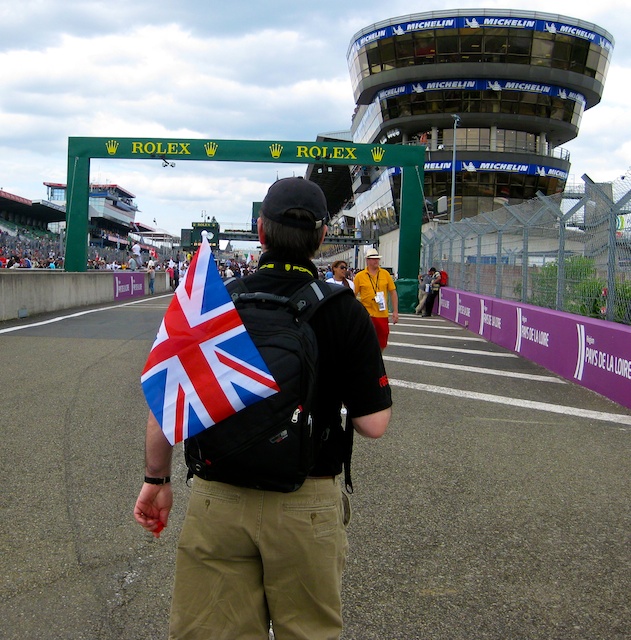 To applaud the winners on the podium 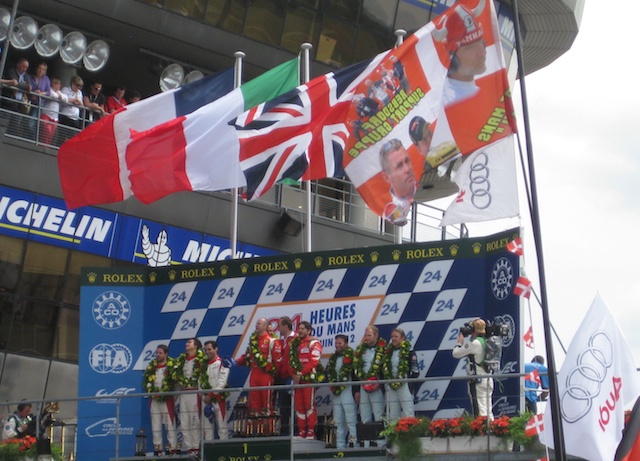 and admire the incredible Audi car that took the race! 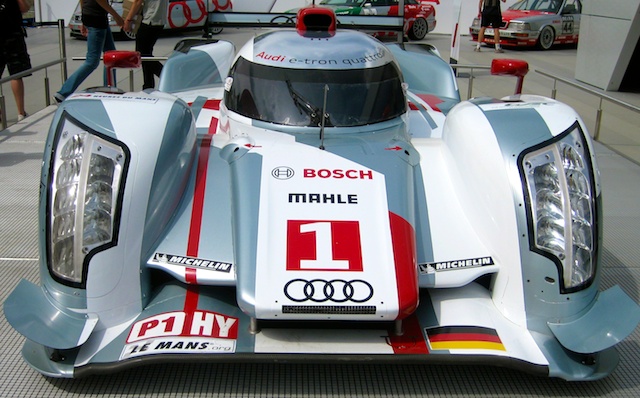 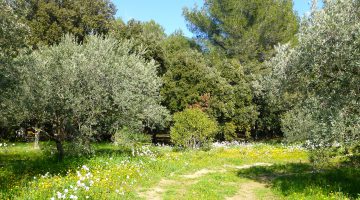 Living in Provence, following my dreams