Bonnieux, a perched village in the Luberon, Provence

If driving from Lourmarin to explore the Luberon’s perched villages, the closet and first village is Bonnieux, 13.5km away. The D943 which takes you there, is a twisting, switchback through the steep rocks of the narrow gorge, Combe de Lourmarin, the foot of which is kissed with wild thyme, rosemary; ‘herbes des provence’ perfuming the air with their heady fragrance as you climb though the towering stone faces to the enchantment of ‘les villages-perchés’ 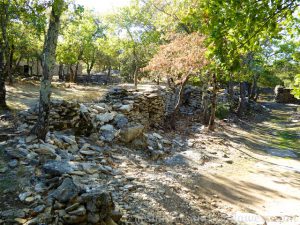 Following the sign posts, a sharp left turn leads you through the D36’s hair pin bends and once the road straightens, on your left, you will pass the entrance to a Borie site. The Luberon is famous for its bories, whose origins date back to the Romans (600 BC) although here they mostly 13th century. They appear to have been built as small shelters but in fact they were mainly constructed to clear the stones from the fields. You can learn more about them at Village des Bories near Gordes.

Shortly afterwards, on the right, there will be a sign for the exquisite Domain de Capelongue, chef Edouard Loubet’s renowned hotel and Michelin star restaurant, just pulling into the car park will make you want to plan a visit!

Immediately ahead awaits a spectacular view of Bonnieux, tumbling down the hillside. Settlements have been here since prehistoric times and Roman times! Have your camera ready, although you might have to park and walk back as there is little room to pull over! 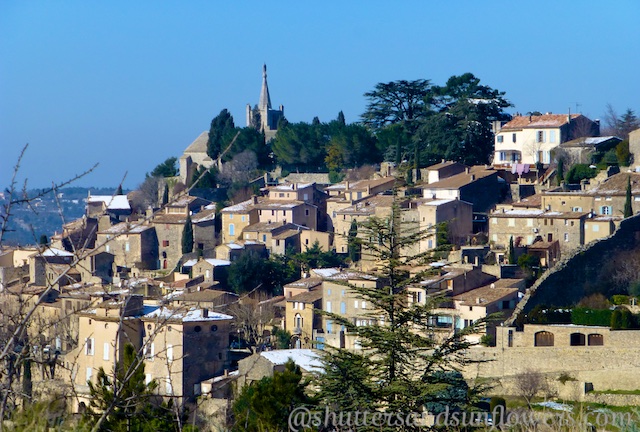 The lavende et miel (honey) shop is on the right before you enter the winding route though the village which traverses down the hillside in a giant zig zag. Almost as soon as you are within its enfold, the Bread museum is on your left. Located in an ancient townhouse it is the region’s only museum dedicated to the French love affair with bread, check for opening times.

The road then bends sharply right to an expansive view on your left across the Luberon Valley. Stop here for photos, by the bus stop, the same one from the Peter Mayle story and movie ‘A Good Year’, where Max went to say ‘au revoir’ to Christie, a moment destined to change their lives forever!!

After one more hairpin, keeping left, you will pass the 19th century church on the right, (the views beyond it are breathtaking, even on a winter’s day). Called the ‘new church’ by the locals, it was built in 1870. The original 12th century church, from where the Knights Templars set off for the crusades, is to be found at the top of the village, where it remains an iconic landmark of Bonnieux. Both are worth a visit if you have time. 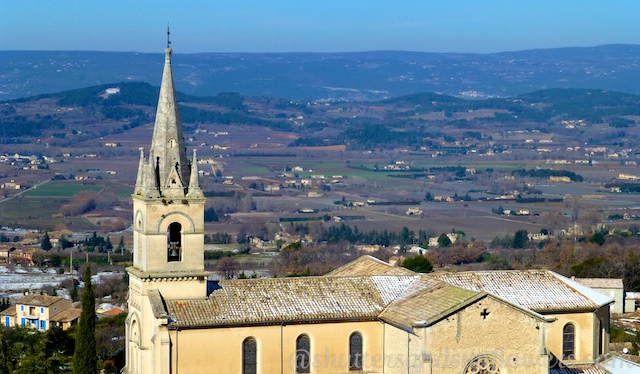 Shortly after the church, on the right you will see a sign for Route du Pont Julien directing you to the incredible Roman bridge, Pont St Julien (3BC), still being used in 2005!!! On route, you will pass the vineyards of Château La Canorgue. 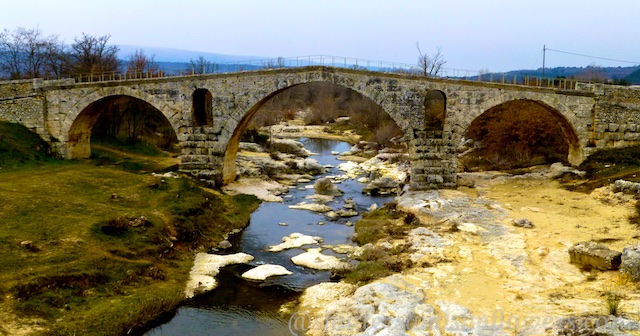 Château La Canorgue is one of the region’s first organic wineries, it is definitely worth a stop both to sample and to shop! Château La Canorgue is also another ‘Good Year’ movie moment as it was the location for the film’s beautiful Château Siroque. Sadly, it is not possible to peek inside as it is a private home but gazing up at from the vineyards will definitely transport you into that Hollywood magic! 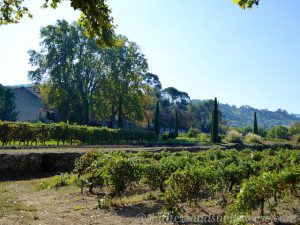 If you are following my suggested route, save both Château La Canorgue and Pont St Julien until your return. The fastest route back to Lourmarin will be via Bonnieux, on your return you will be approaching these sites from the opposite direction.

Assuming you are on my route, don’t turn right on the Route du Pont St Julien but keep going straight where you can via left to explore the rest of Bonnieux or take D149 to D109 on to Lacoste 5.9km away.

Next time Lacoste and Ménerbes

Download the printable The Lourmarin Travel Guide to learn more about this beautiful region.

Next post Where to eat in Bonnieux, Luberon, Provence 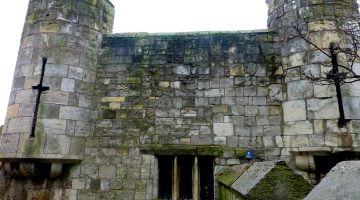