The Malton Agricultural Market is a long established tradition, dating back to around the 1830’s. Each week livestock is auctioned here, cattle on Tuesdays, sheep on Thursdays. The sheep are neatly and efficiently ordered into their pens, a little startled but mostly oblivious of exactly what is occurring, probably just as well!! Yorkshire Farmers gather to select or sell their livestock. The swift ‘mutterings ‘of the experienced auctioneer oversees the smooth running of the proceedings, almost incomprehensible to someone like myself with no understanding of the process, against the gentle sounds and shuffles of the animals. 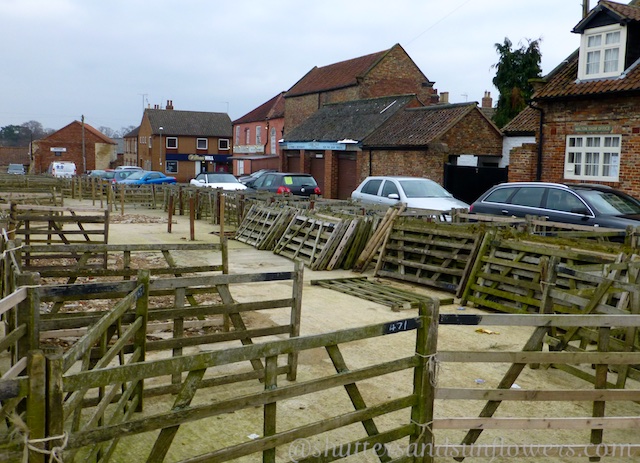 Just along from the market is ‘The Shambles’ in Malton. Old, quaint and full of curiosities, both in terms of people and what they have to sell! Characters that have worked there for years, recognizing their regular customers with a brief nod and smile. If you have the time to rummage, there are doubtless many hidden treasures to be discovered. 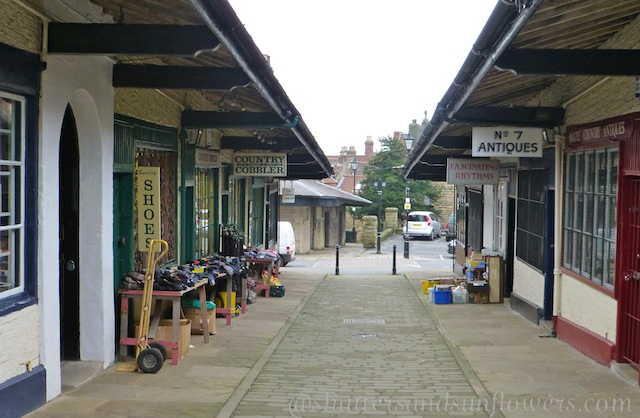 The nearby butcher provided quite an outstanding display of locally caught rabbits and game. 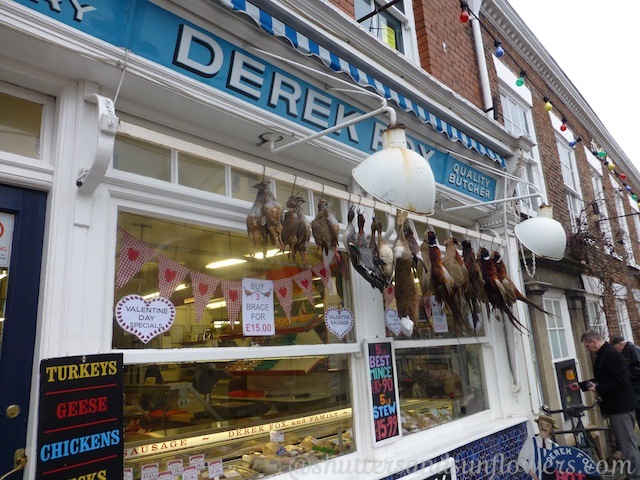 I confess to really enjoying roast pheasant and have childhood memories of watching my grandparents plucking these wild birds at Christmas. However it is not something I could do, I guess I’m feeble and would rather not be involved at the front end of this type of food preparation! 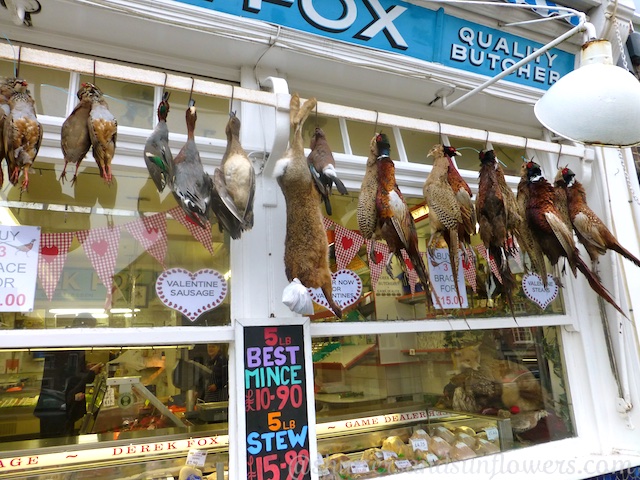 From Mother Nature’s more cheerful side, this cosy basket of week old puppies stole our hearts as we browsed round the neighbouring ‘Fireplace and Hearth’ shop. Puppies too young to even have opened their eyes, snuggled up to their mother, next to the warmth of the store’s crackling log burning stove. 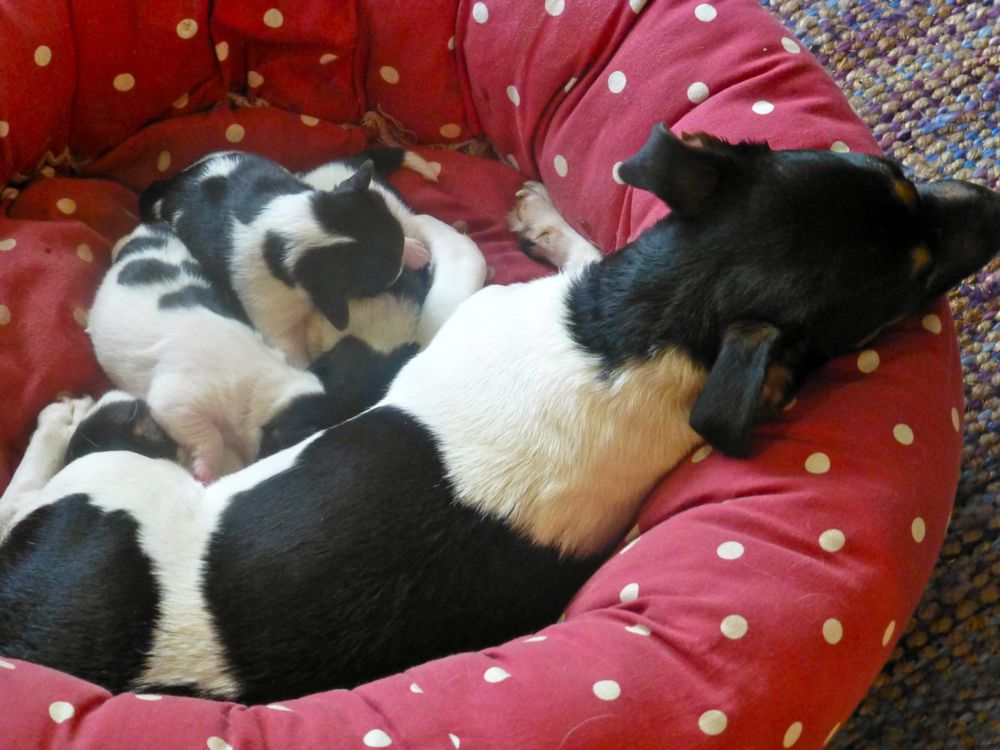 The morning seemed to be full of unexpected animal related events as we watched this funeral procession clip clop its way through the streets. Straight out of a scene from Dickens, slightly embarrassed and feeling somewhat disrespectful to be photographing an event of great sorrow, I couldn’t help myself looking on in amazement. I had no idea that horses still led the somber funeral march…… 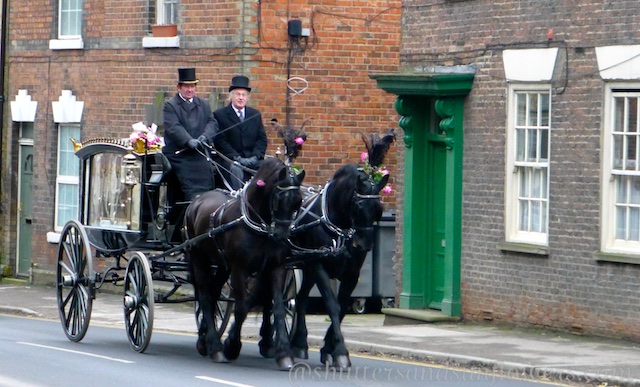 The heartbroken little group ended up in the market square by Malton’s Church. 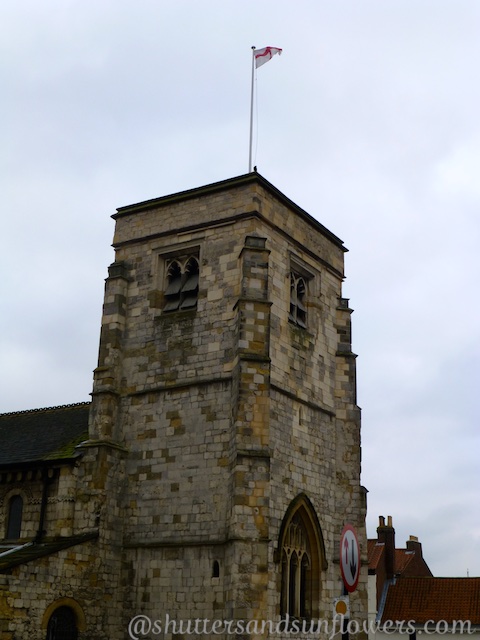 A little later we warmed our spirits, sampling the delights of one of the local coffee shop/Delis and headed for the town of Pickering, just 8 miles away. 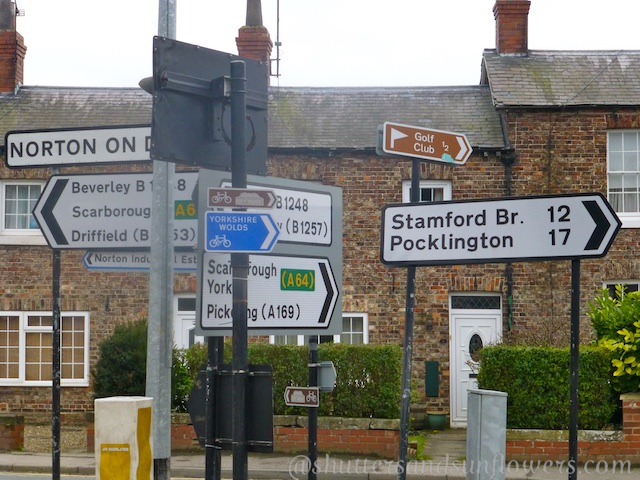 The high street was sadly veiled in a grey curtain of rain but it did little to dampen our enthusiasm for exploring each tiny corner of the enticing antique shops! 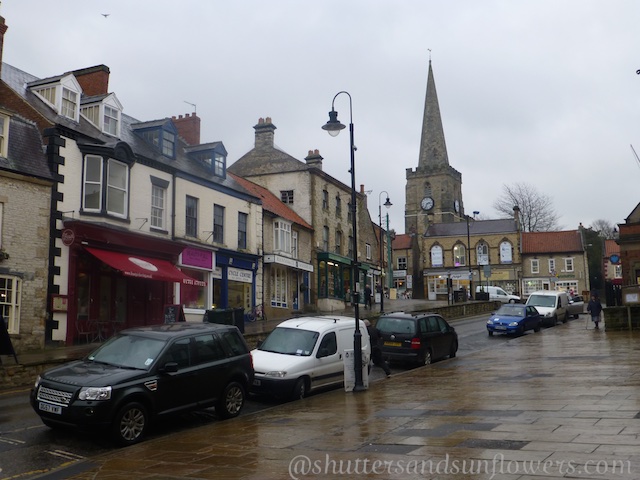 Later, we  had to laugh at this cafe, we wondered who ‘Mr Wilf’ might be and whether he owned the matching purple cars parked outside. It just goes to prove, there is always something quirky to catch your eye, wherever you maybe!

Previous Article A glimpse of living in Malton, a North Yorkshire market town. 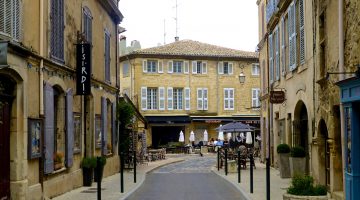