A glimpse of living in Malton, a North Yorkshire market town.

As I braved the brisk temperatures on a blustery morning stride around the small North Yorkshire market town of Malton, there seemed so much to catch my attention. I pondered whether I was noticing things which maybe I wouldn’t have done had I not lived outside of England for so long or whether I was just seeing a slightly different England from the one I had grown up in in the south. Why we observe what we do is probably due to a myriad of factors. I am always keen to learn about any place I visit, how local people live and interact and what it is that stands out to define an area.

My overriding observation was how friendly everyone was, greeting each other with a warm nod or smile and a broadly accented greeting such as “you alright then my darling?” It also struck me as a place of contrasts, more so than elsewhere. High class delicatessens, florists and chic little gift shops full of nothing other than ‘nice to haves’ to tempt your money to fly from your wallet, were happily situated in amongst much older, somewhat shabbier establishments and small, sterile chain stores.
In the few designer coffee shops, well groomed, expensive looking, ‘ladies that lunch’ chatted over their carefully arranged salads, surrounded by smart purchases from some of those scrumptious local delis, all bursting with attractively presented, artisan products and homemade baked goods. 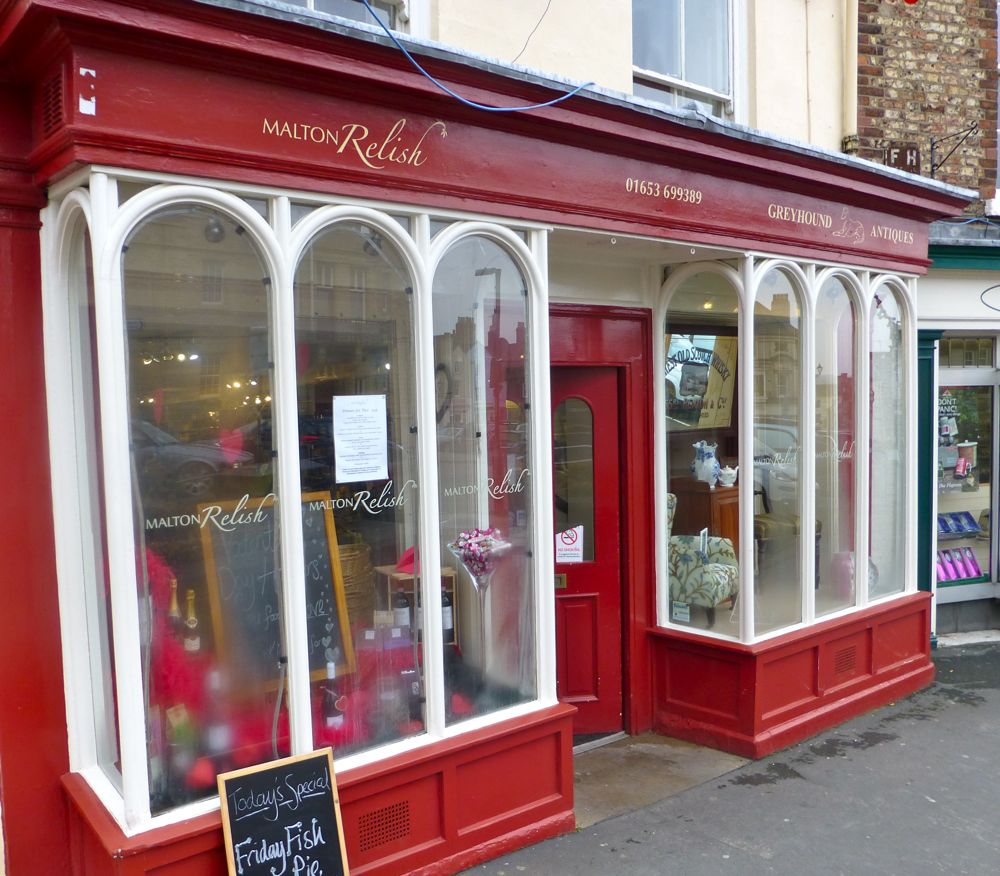 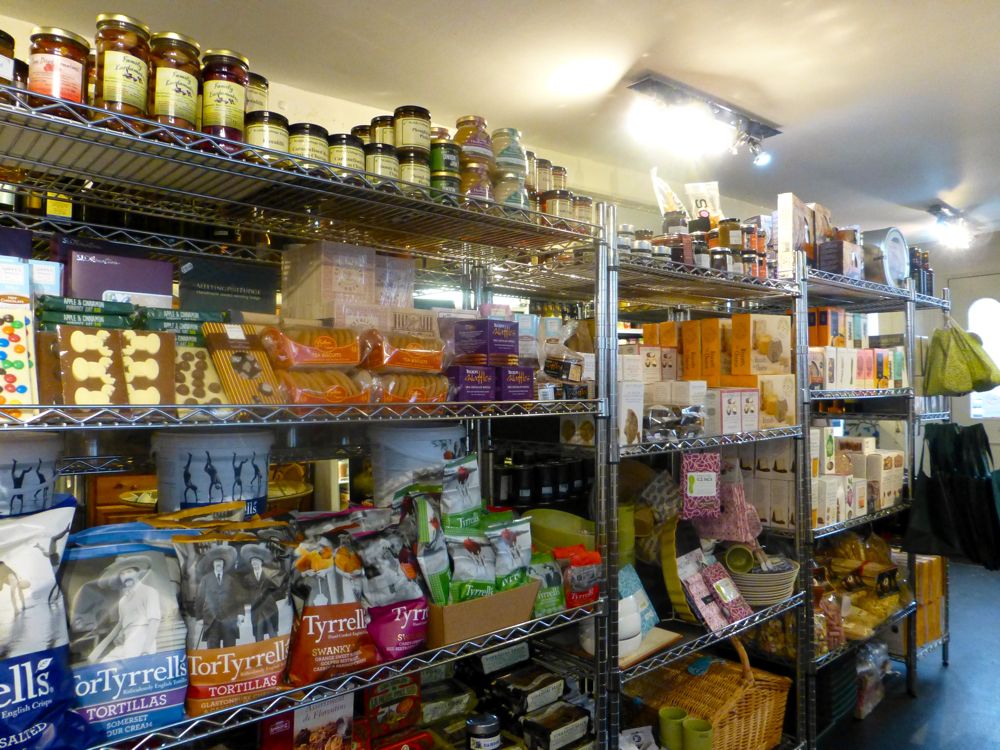 Parked nearby were a few smart, predominately German cars, where such ladies hastened back to, clutching bundles of freshly picked daffodils nestling in a scroll of designer paper secured with raffia, doubtless heading home on a Friday afternoon to prepare supper for friends. 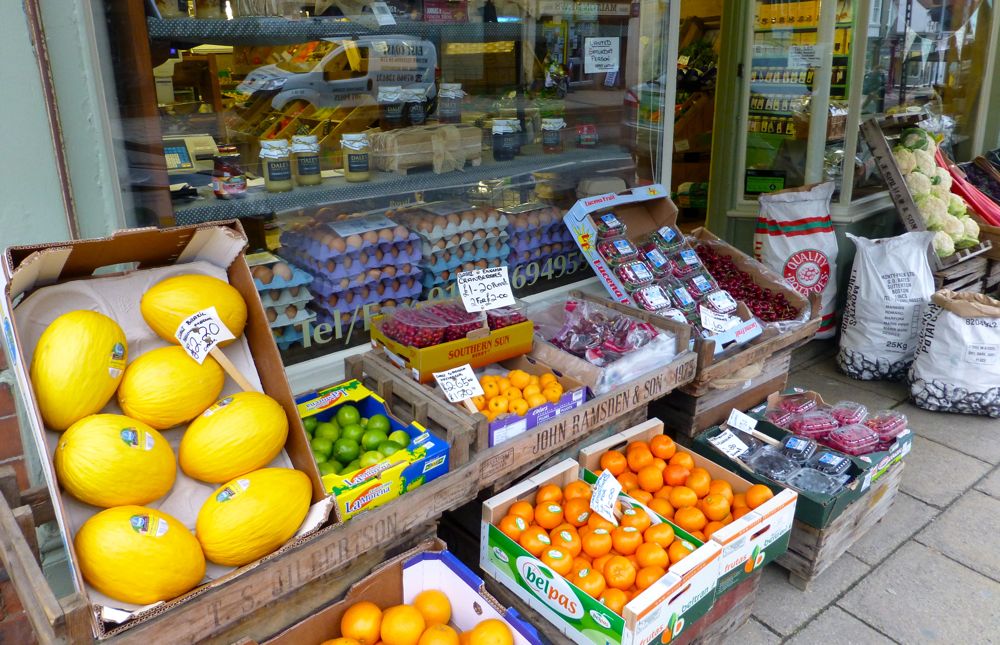 The charming, immaculately kept Yorkshire stone homes I had walked by on my way into Malton, just like their owners, came from a different world to the terraced properties by the main road leading out of town. 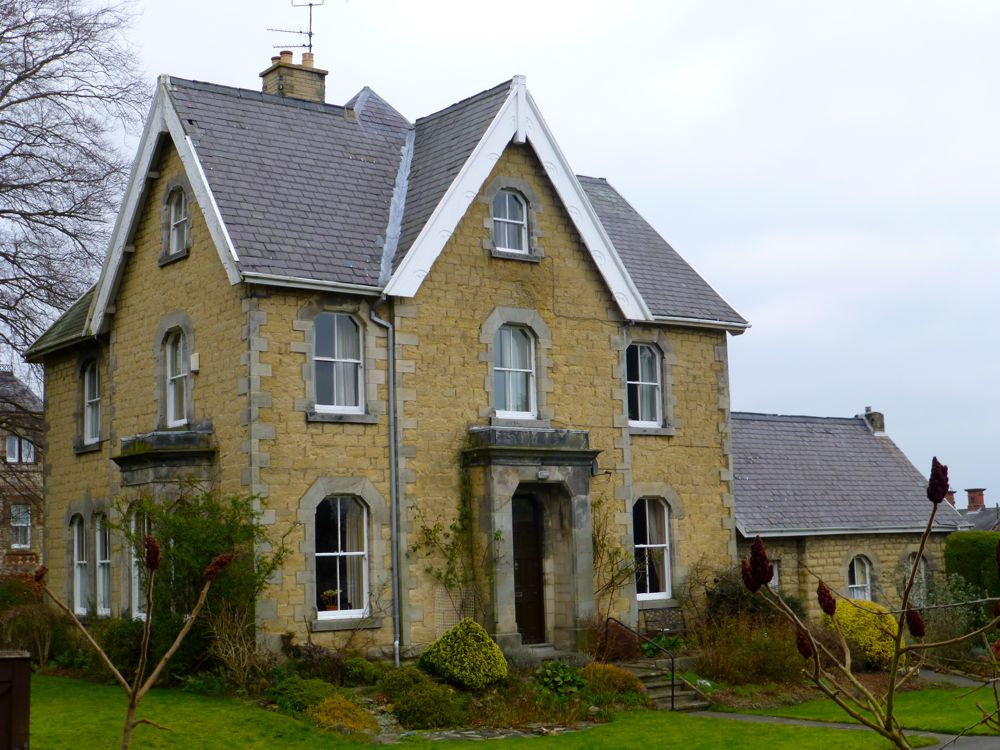 Tired, concerned faces bore the evidence of lives lived far less indulgently, yet like many places, the town hummed along contentedly with a varied mixture of people. At midday, some were scuttling out of the local fish and chip shop with their lunches, others hurrying along, with shopping, their dogs or small children in tow. 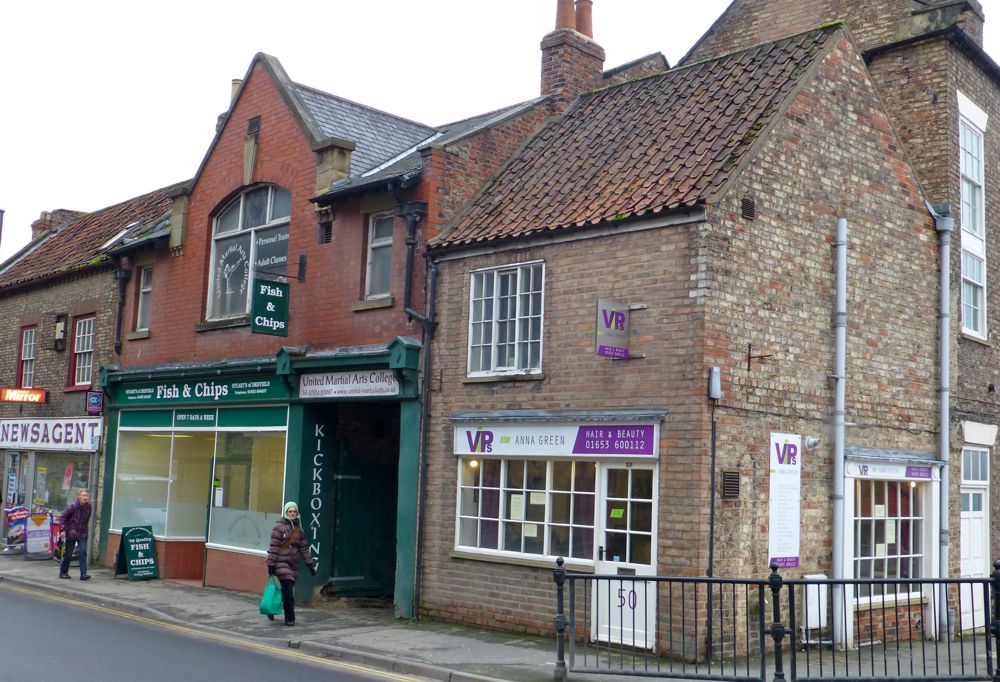 The sign advertising coal for sale seemed to jump out at me, partly because you never see coal for sale in California, where in some areas even the burning of wood is forbidden. It bought back memories of shoveling coal from an outside scuttle and struggling back inside with it full, the jet black jewels glistening by the fireside. 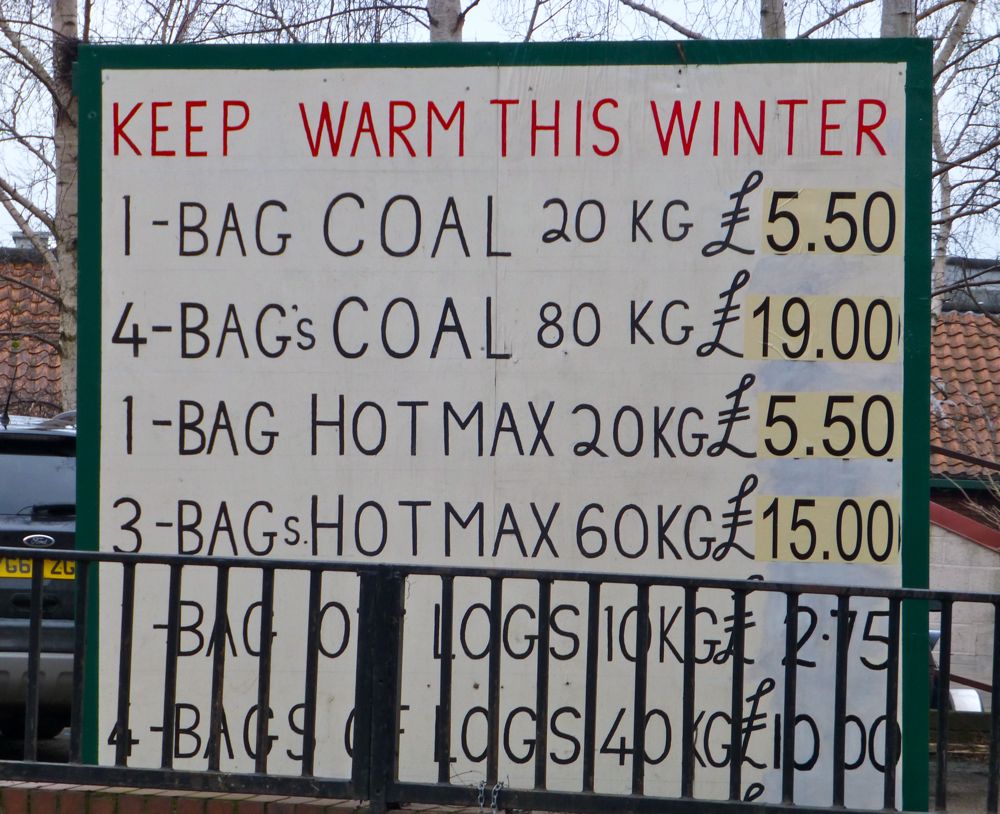 Passing by the River Derwent, the river banks were swollen after months of relentless rain. 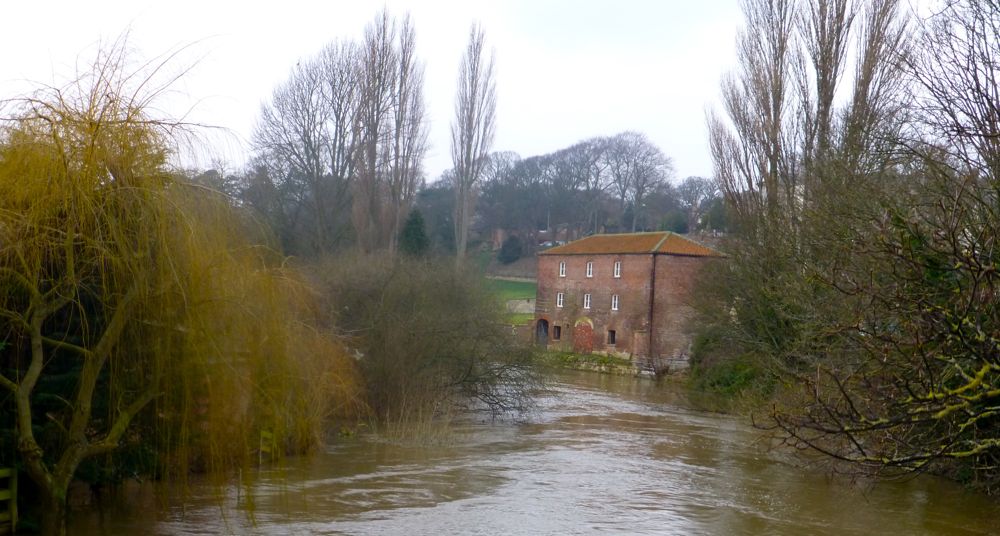 Completing my loop of the town, I stopped by what was originally the local farm supply shop, Ralph Yates and Son, which, for well over one hundred and fifty years had been a mainstay of the town. Next, the local cinema, a stark contract from the shiny, multi complexes I usually frequent but where I was told you could watch a movie and be served a glass of wine, sitting at a bistro style table on a velvet seat! This small, possibly quite old fashioned cinema beguiling all with its charming ambience of a bygone, less hurried era. 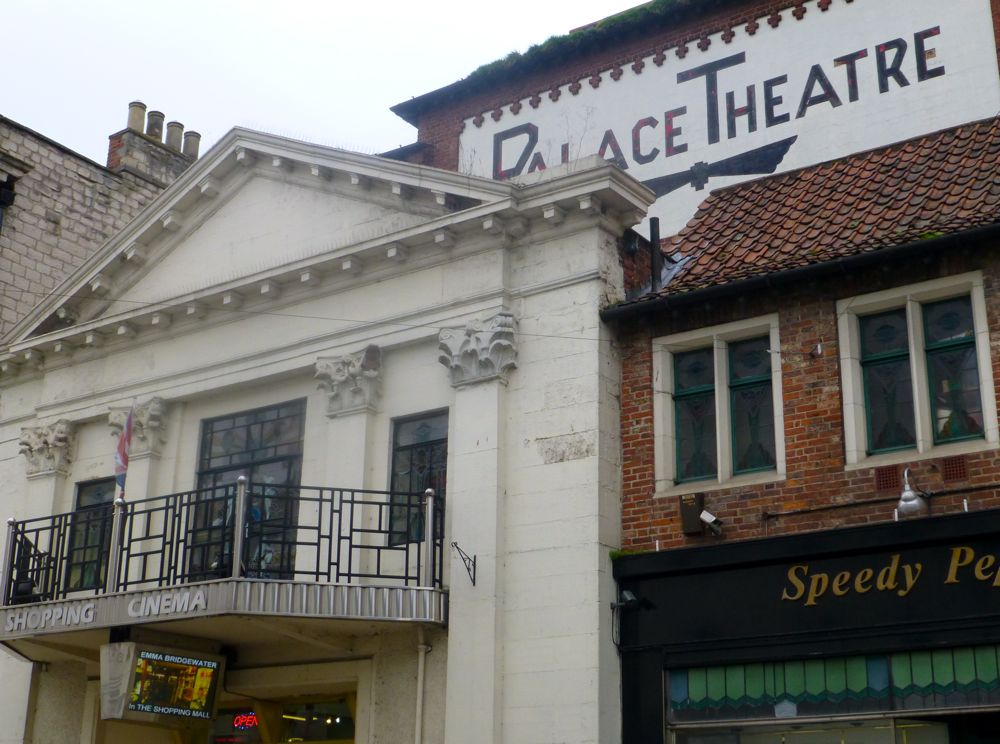 I climbed the alley way to the cinema entrance, a small, unimposing doorway almost like someone’s private home, yet where from within, just like at its’ flashier cousins, incredibly, the latest movies could still be viewed. 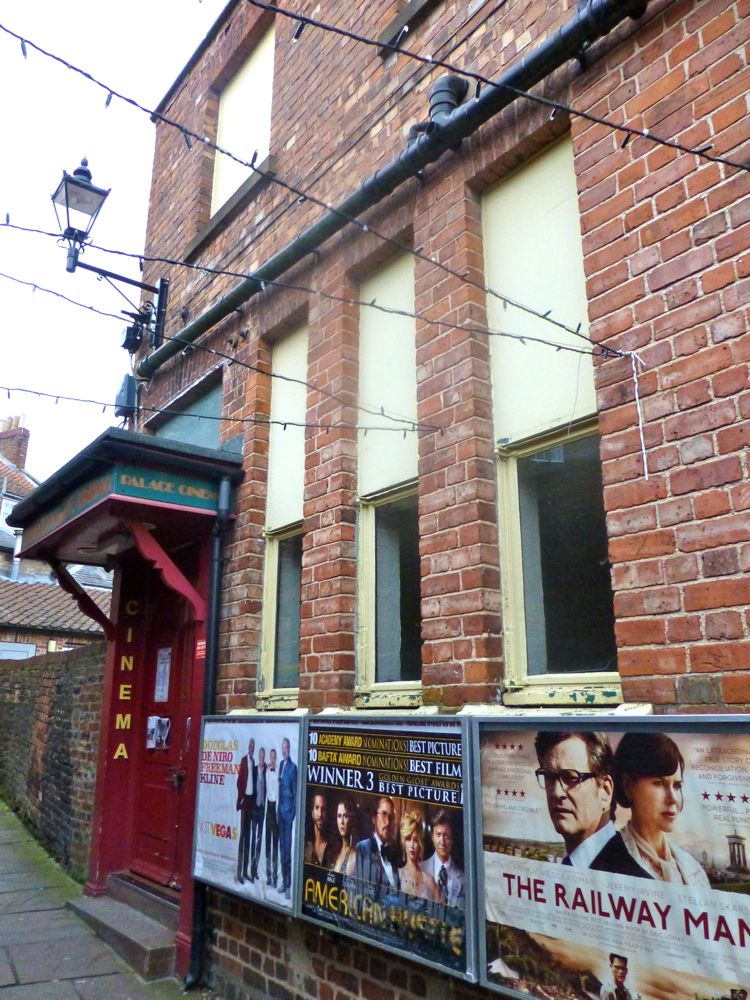 I went by the early 19th century building I had seen last Christmas, where Charles Dickens had stayed and been inspired to write his much beloved ‘Christmas Carol’, using this property as the imaginary offices for Ebenezer Scrooge. 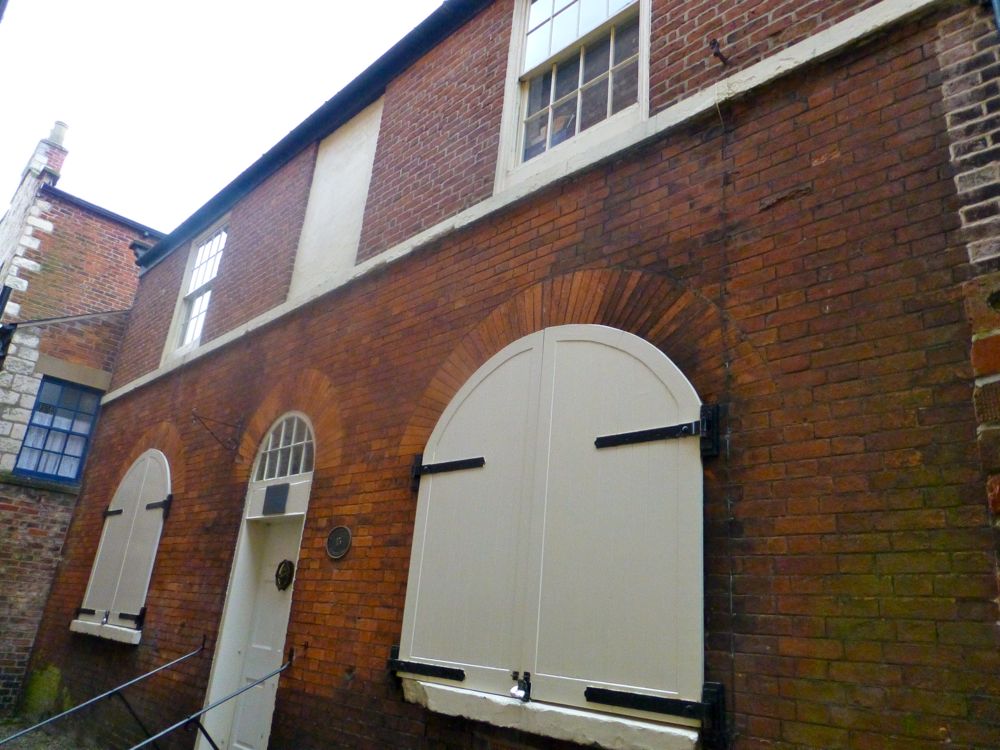 The rain started to tumble in blinding torrents which abruptly terminated my meanderings and contemplations. Turning for home I began to ponder a life lived here, and it felt rather comforting!

Previous Article Lake Tahoe, making tracks in the snow and memories in our hearts 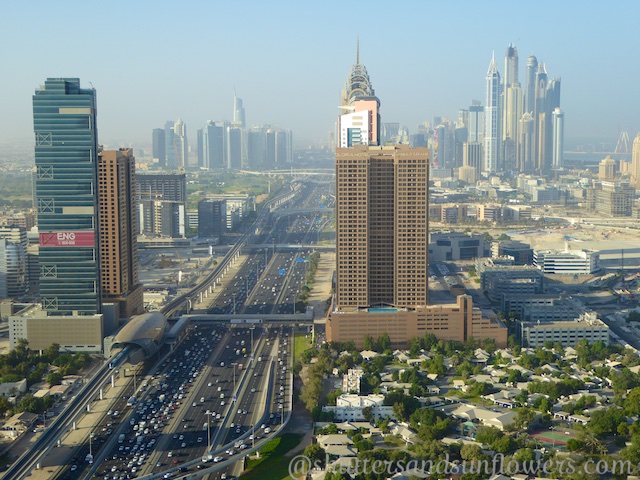 Dubai, the western city in the desert