The homes of the French Aristocrats

The Châteaux of the Loire are an incredible collection of magnificent properties. Homes to the very privileged, aristocrats born to a life style of opulence and indulgence, far removed from the poverty and hardships of most. Nestled throughout the Loire Valley, many within a short carriage ride away from each other, one can imagine the balls and soirees that occurred amongst their grandeur and architectural splendor. These châteaux, (World Unesco Heritage sites) remain today as a memory to a bygone era, even a visit to just two of them, provides an insight into a world long since swept away by the ravages of time.
Situated between Le Mans and Tours, Château Le Lude is in the most most northerly region of the Loire Valley. 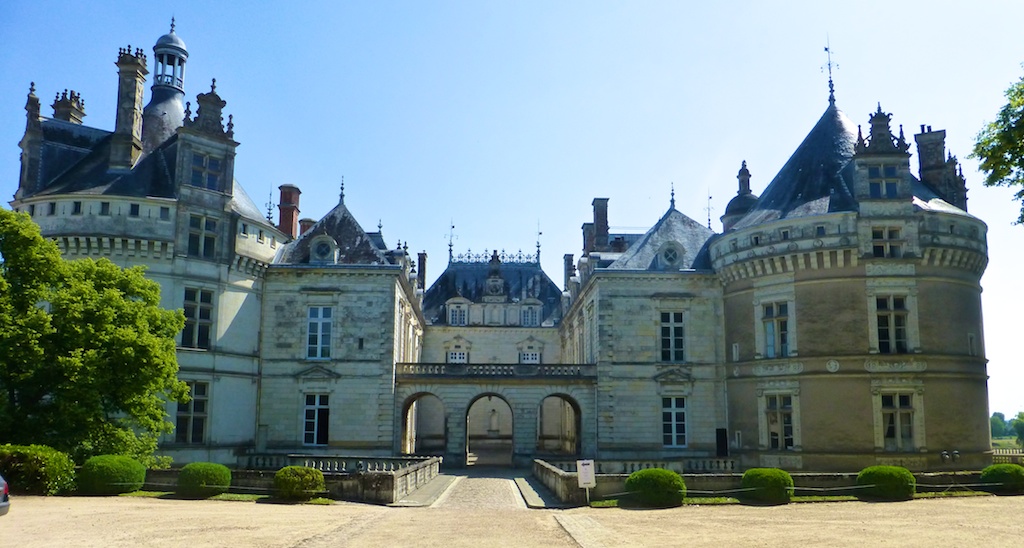 It is one of the last important historical castles in France and is still inhabited by the same family who have lived there for the last 260 years. 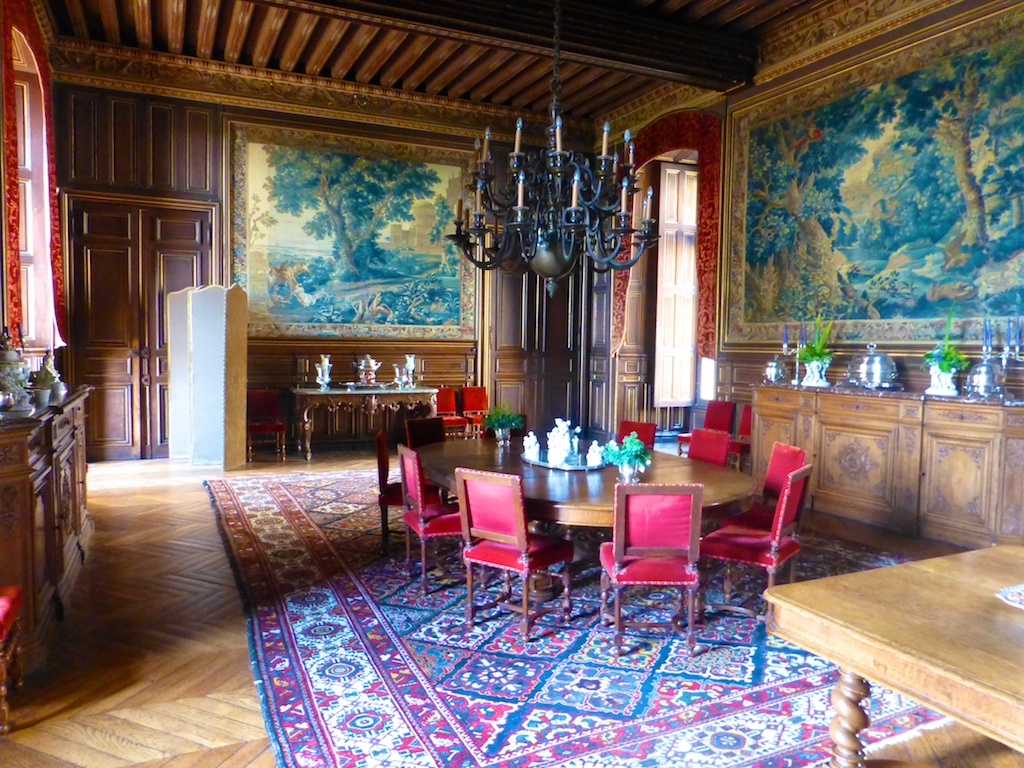 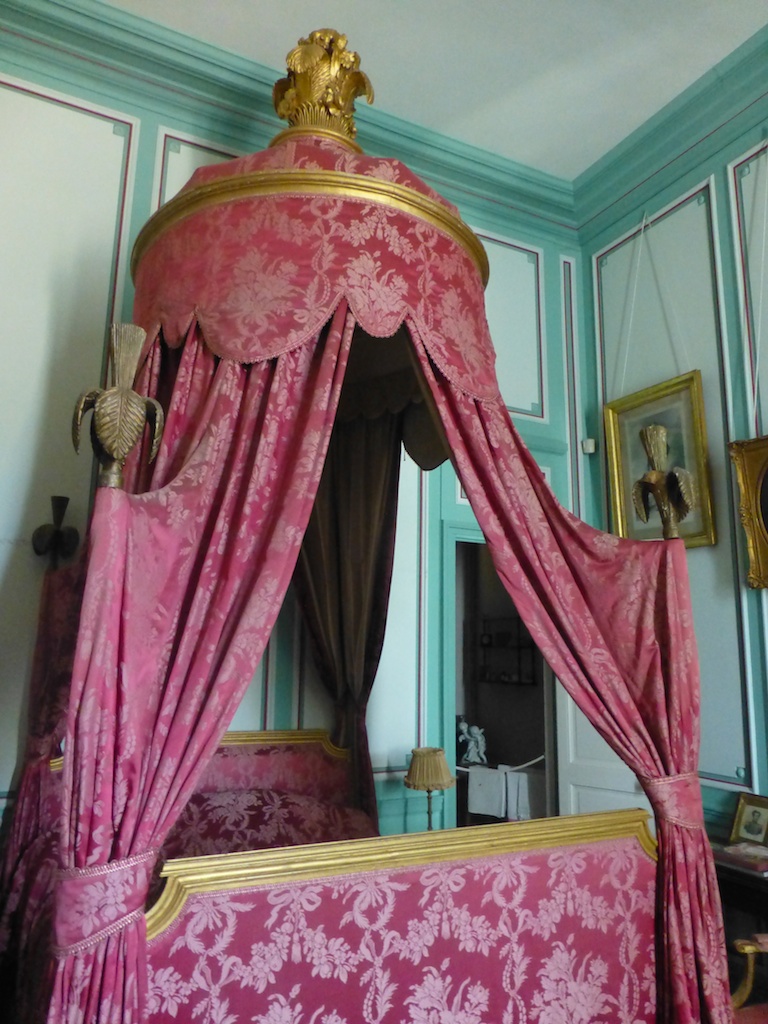 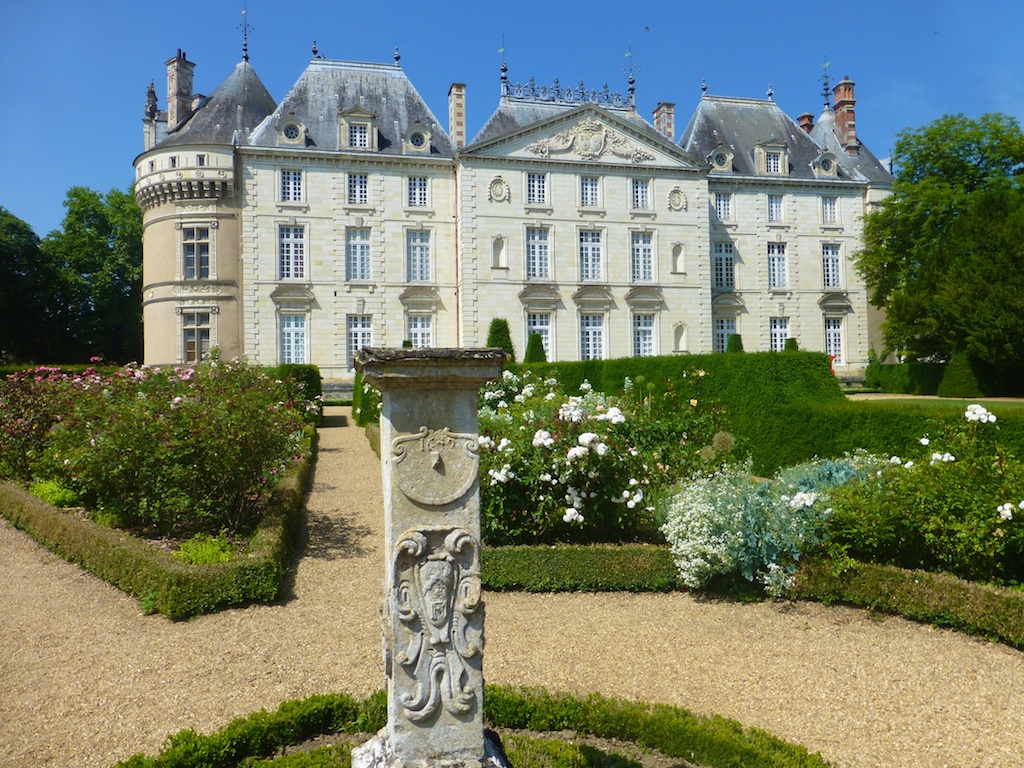 The grounds are a beautiful blend of French and English design with its rose garden, topiaries, labyrinth and botanical walk.
The Château de Chenonceau, a former royal residence, spans the River Cher, next to the small village of Chenonceau. 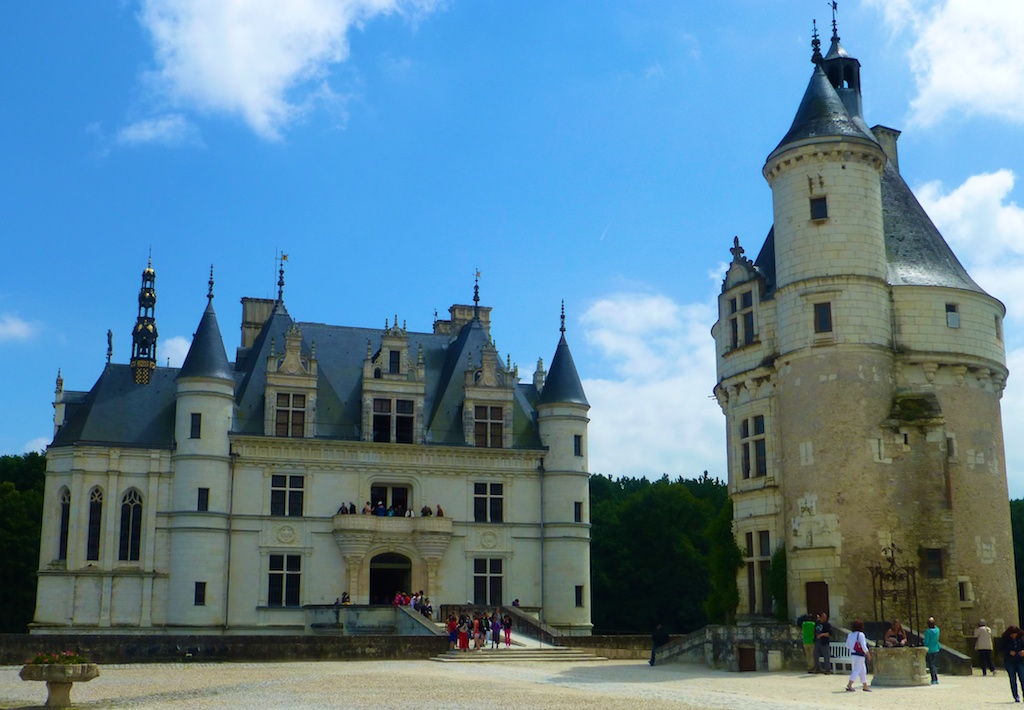 Built in 1514–1522 on the foundations of an old mill, it was extended to span the river by the French Renaissance architect Philibert de l’Orme, and from 1570–1576 the gallery on the bridge was added to designs by Jean Bullant. 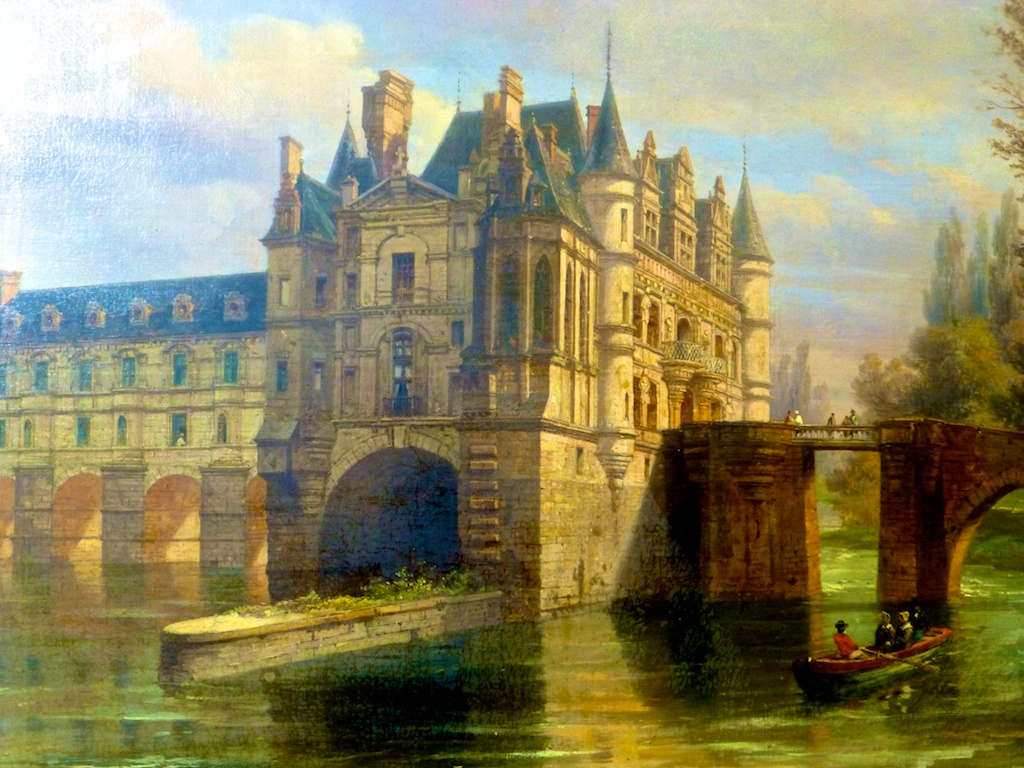 It is quite exceptional with its unique design and beautiful furnishings.

Some of the sumptuous bedrooms 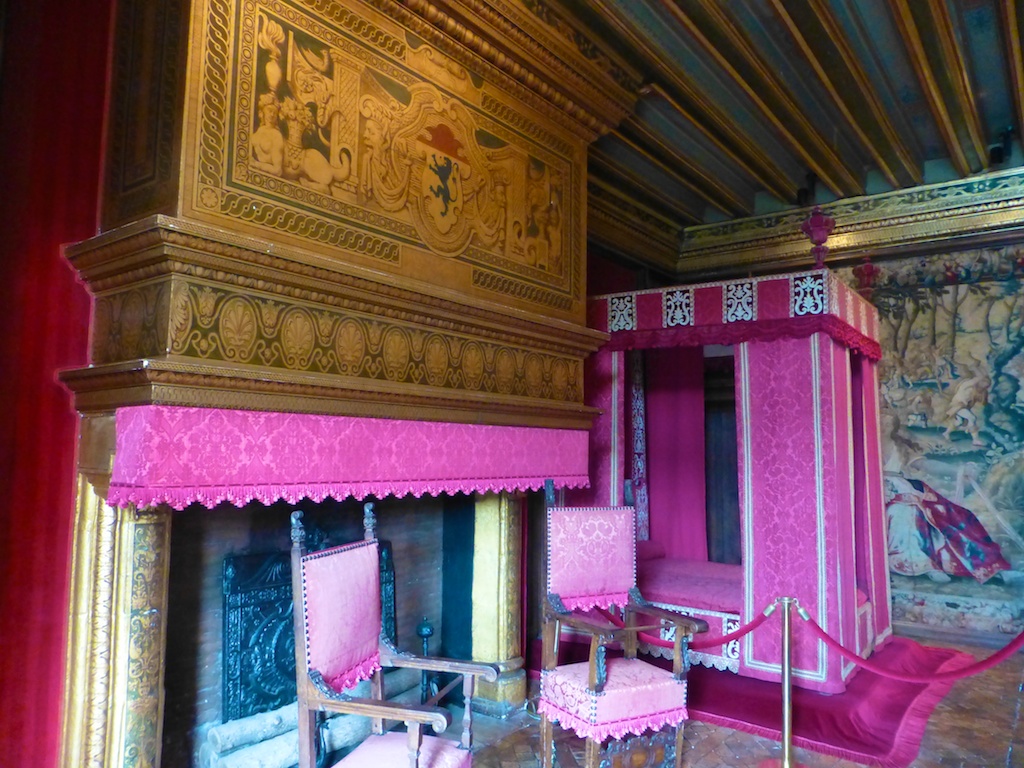 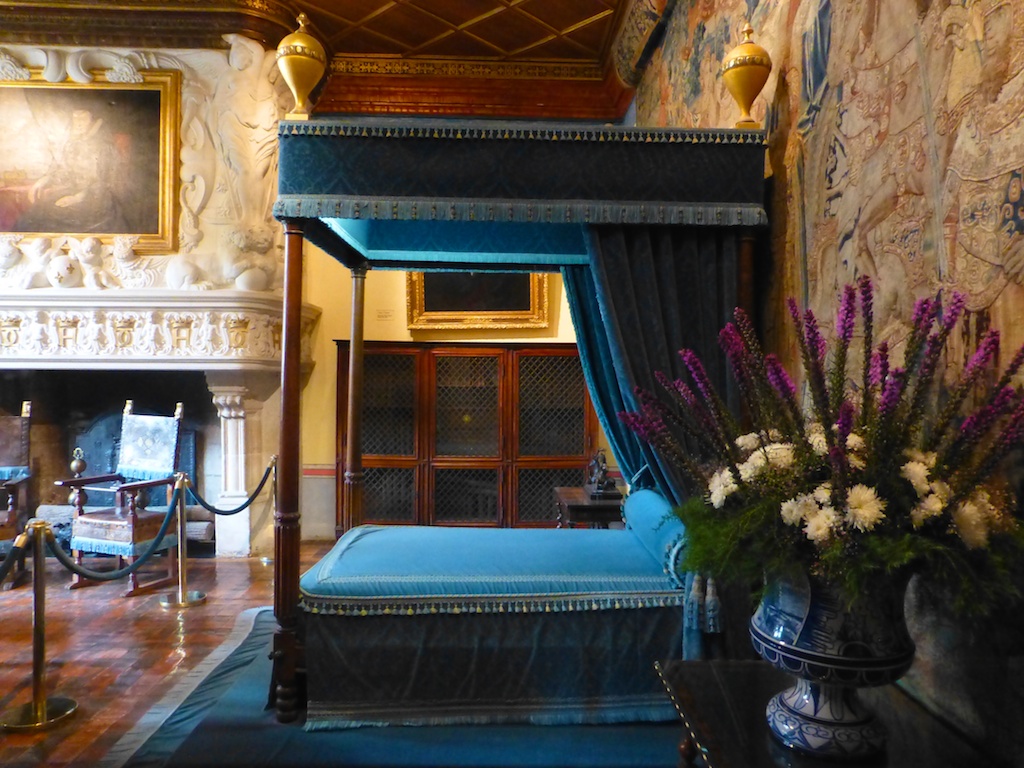 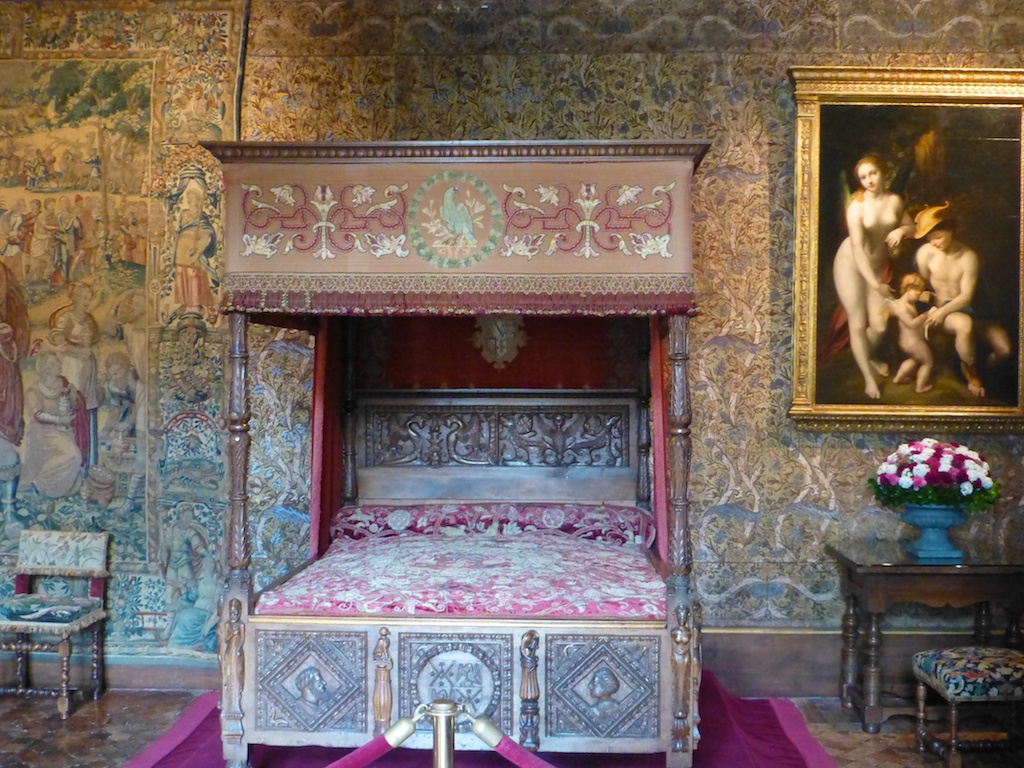 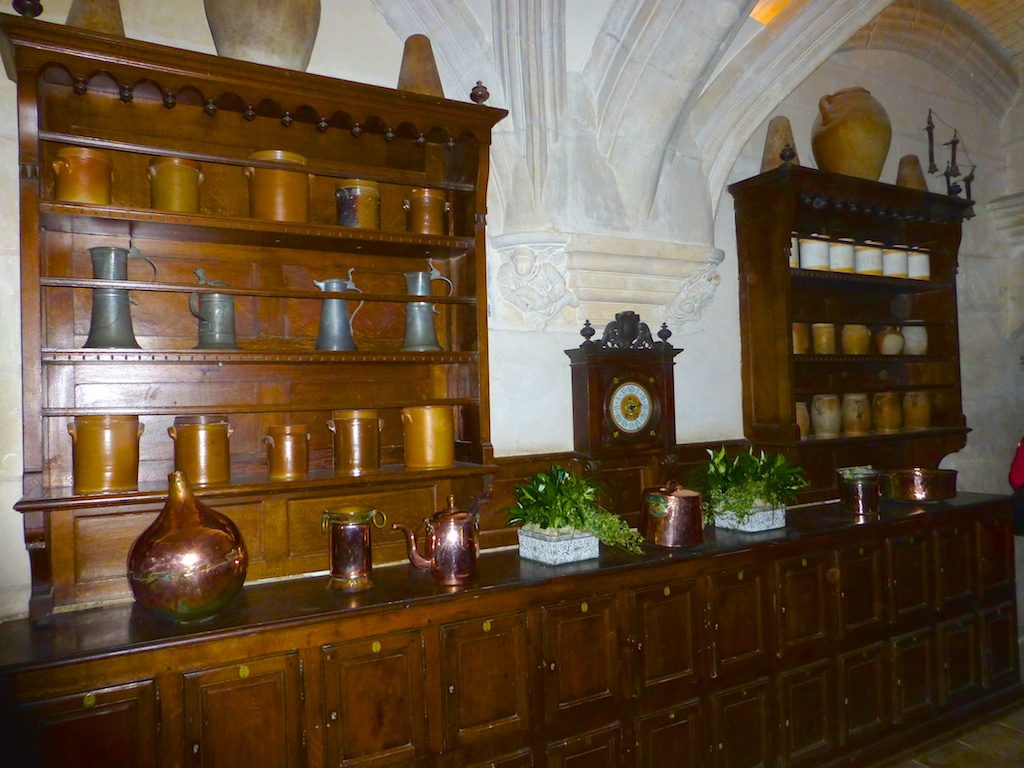 One can imagine the bustling hive of activity using these cooking implements in preparation for the lavish entertainment which the servants were responsible for creating. 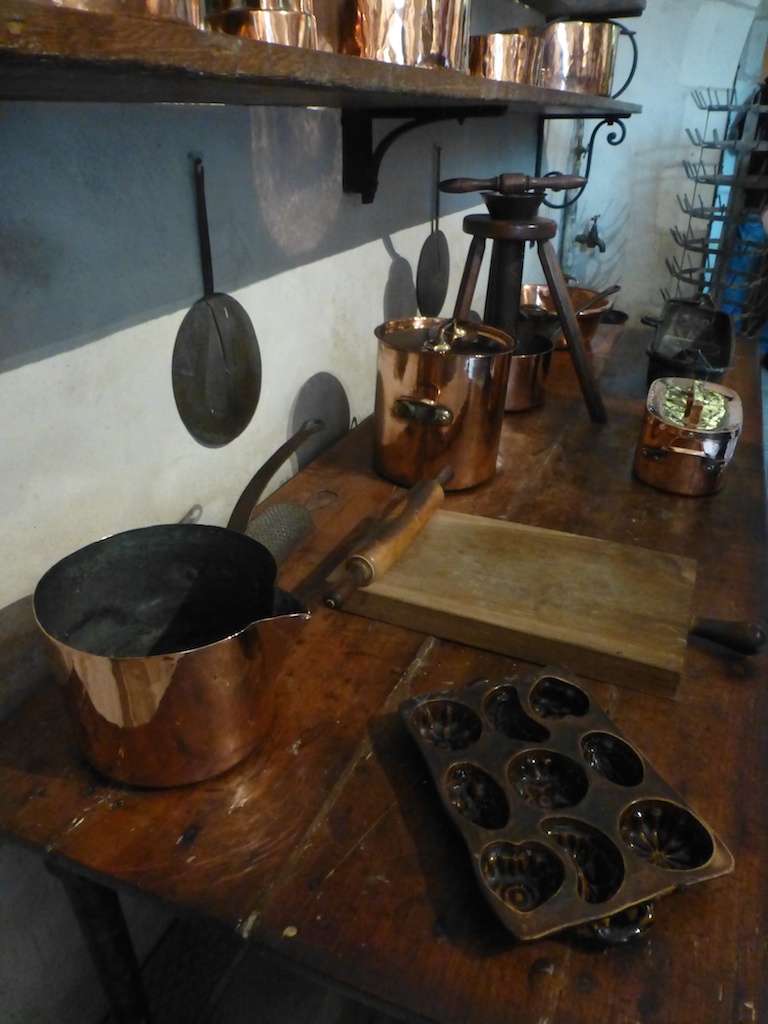 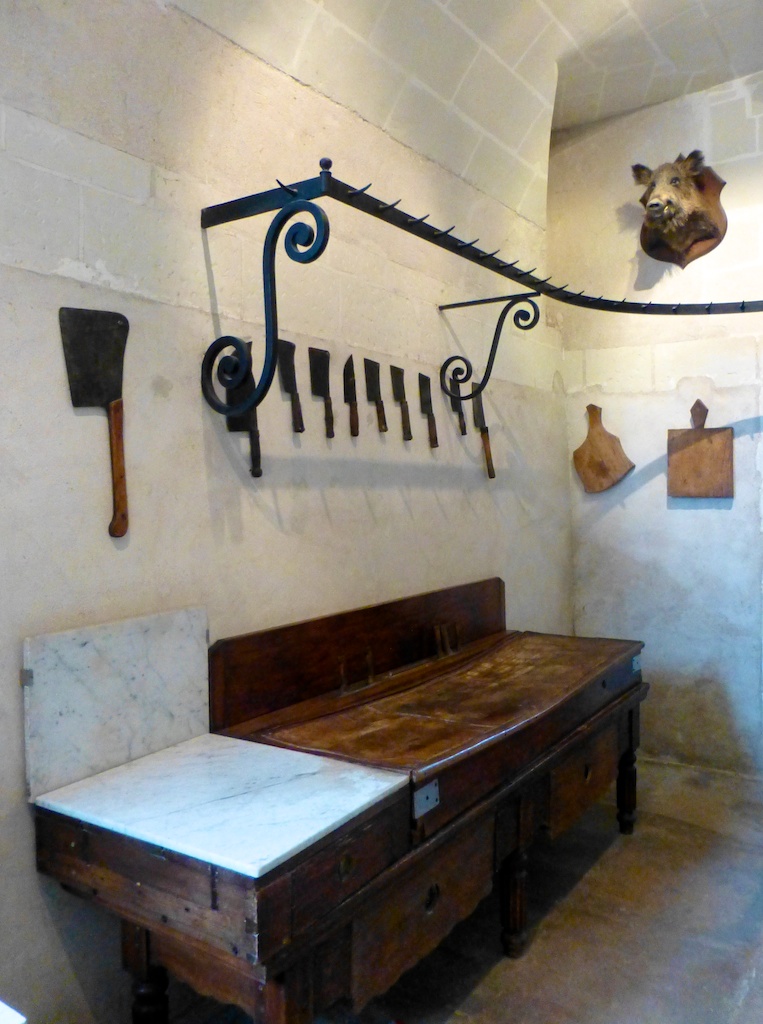 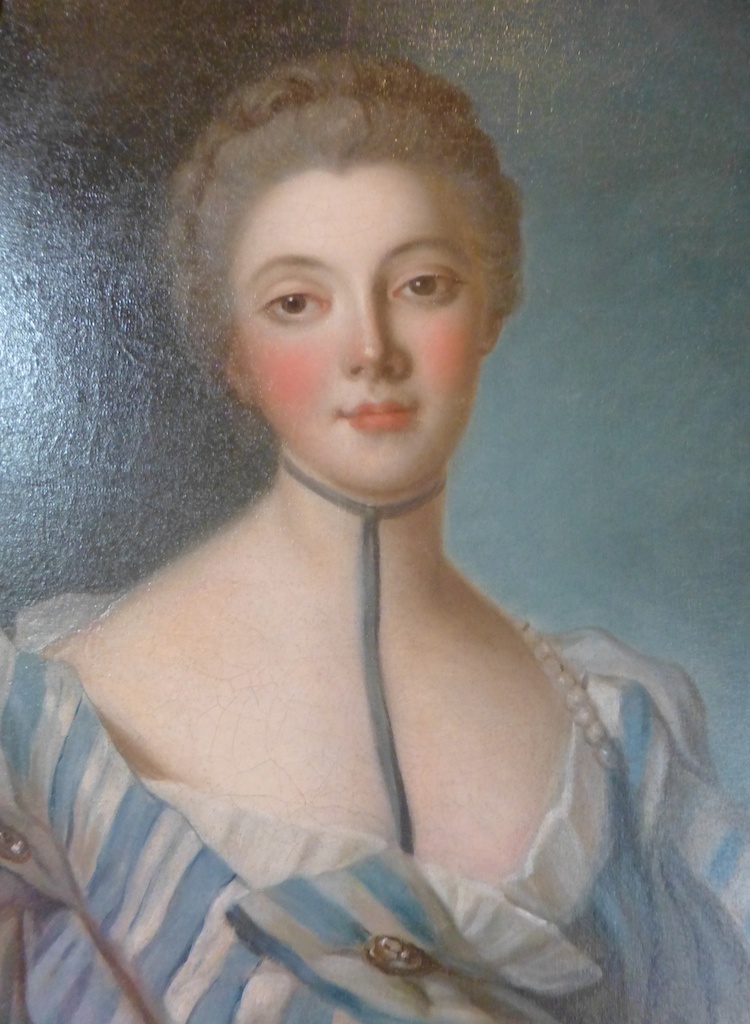 The château was destined to be in the hands of women who all lovingly cherished and maintained it; from Katherine Briconnet in 1513, to Diane de Poitiers and then the French Queen Catherine Medici.
Madame Louise Dupin, (shown here) a renowned beauty of her time, saved it from the ravages of the French Revolution.
A rich heiress, Marguerite Pelouze, acquired it 1864  restoring it extensively.
It changed hands twice more until in 1913 it was bought by Henri Menier.

During World War I, Gaston Menier used the enormous gallery as a hospital ward. 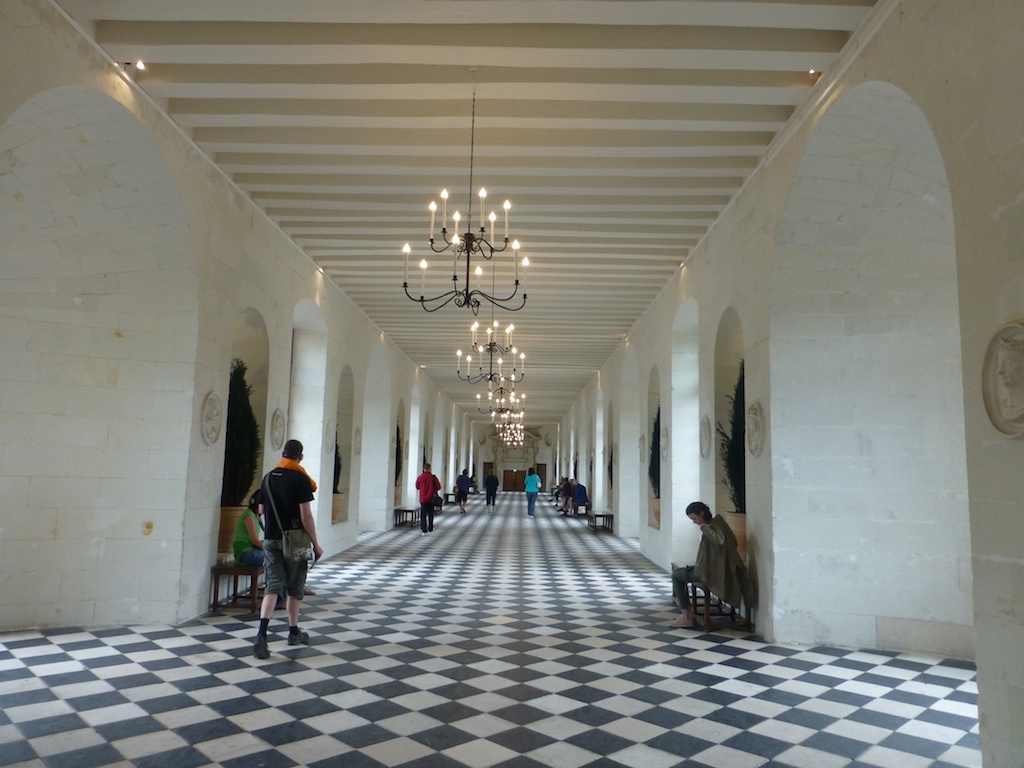 During the Second World War, it was a means of escaping from the Nazi occupied zone on one side of the River Cher to the “free” zone on the opposite bank. It was occupied by the Germans, and bombed by the Allies on 7 June 1944, when the chapel was hit and its windows destroyed. In 1951, the Menier family entrusted the château’s restoration to Bernard Voisin, who brought the dilapidated structure and the gardens (ravaged in the Cher River flood in 1940) back to a reflection of its former glory. 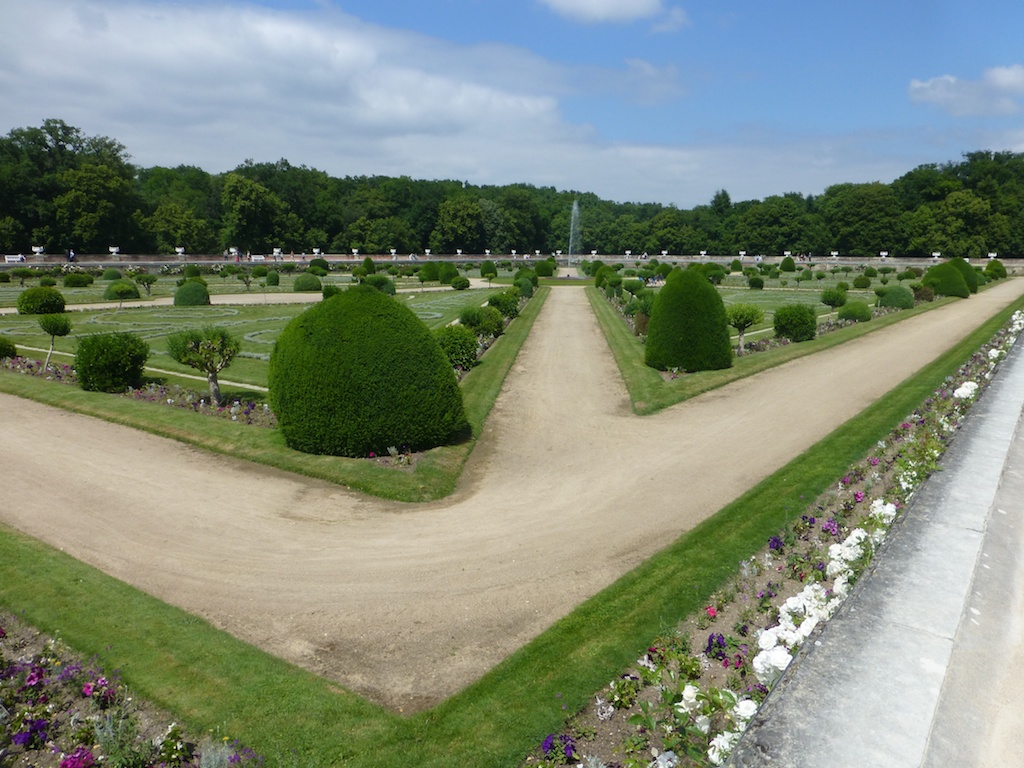 The stables and outer buildings 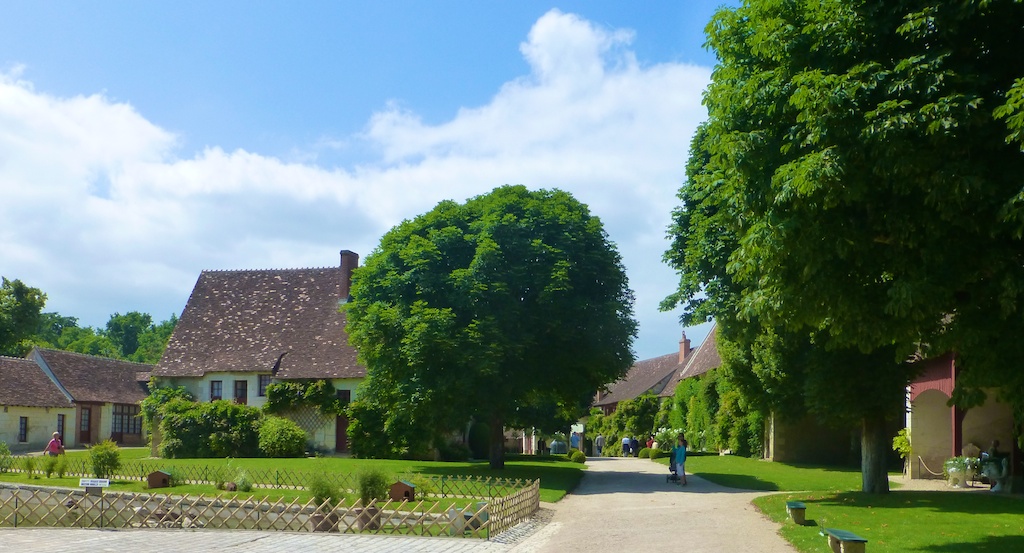 Visited and enjoyed by millions every day. 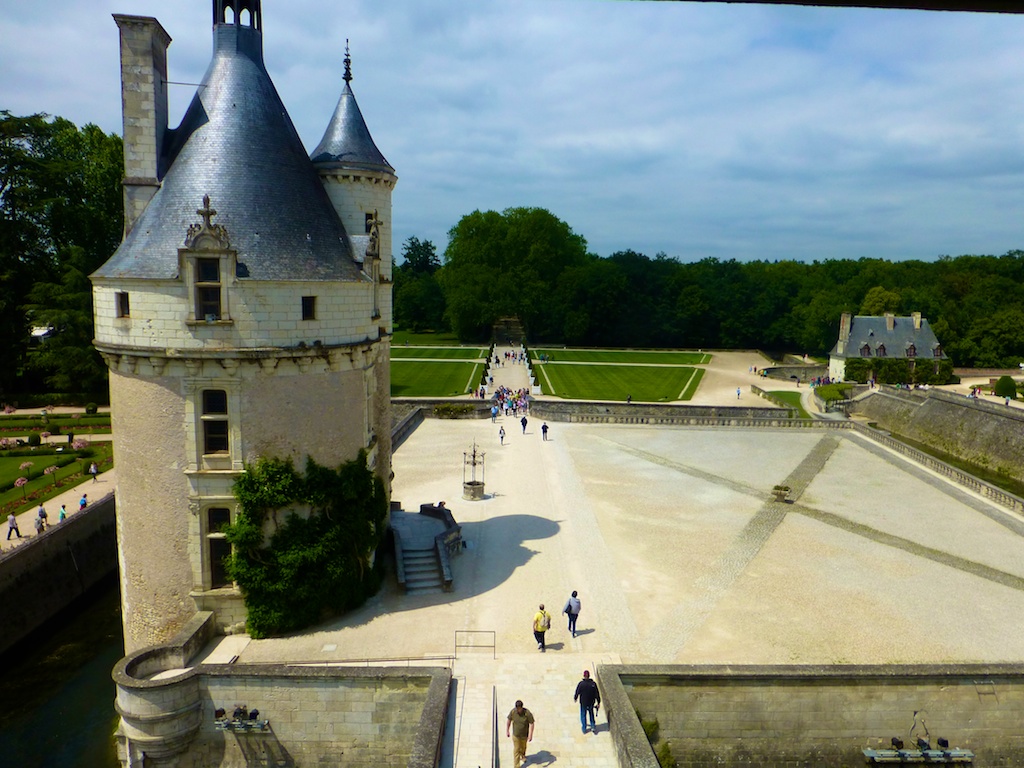 It is filled with stunning flower arrangements as a tribute its illustrious past.
Flowers in the servants dining hall 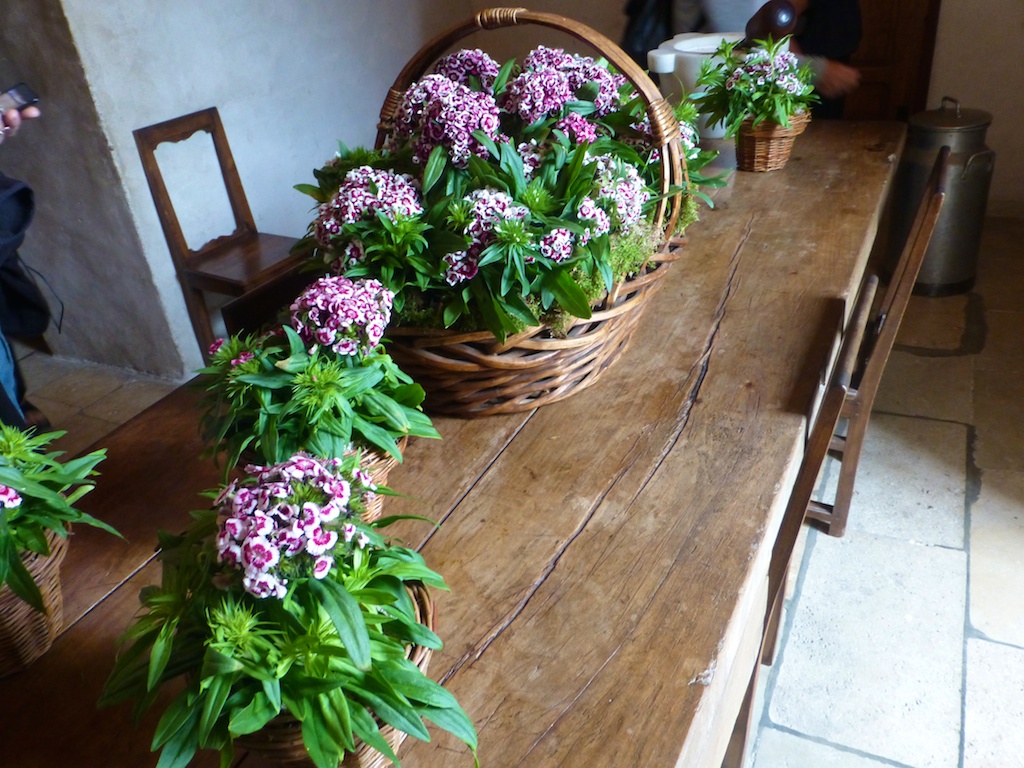 and throughout the entire château 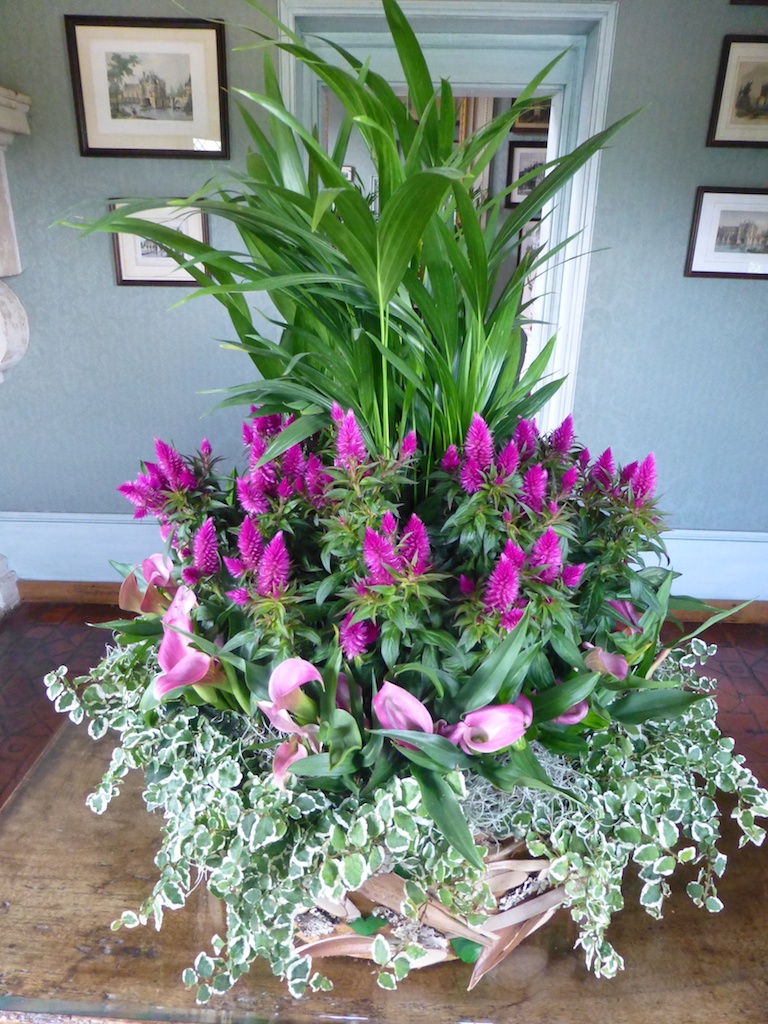 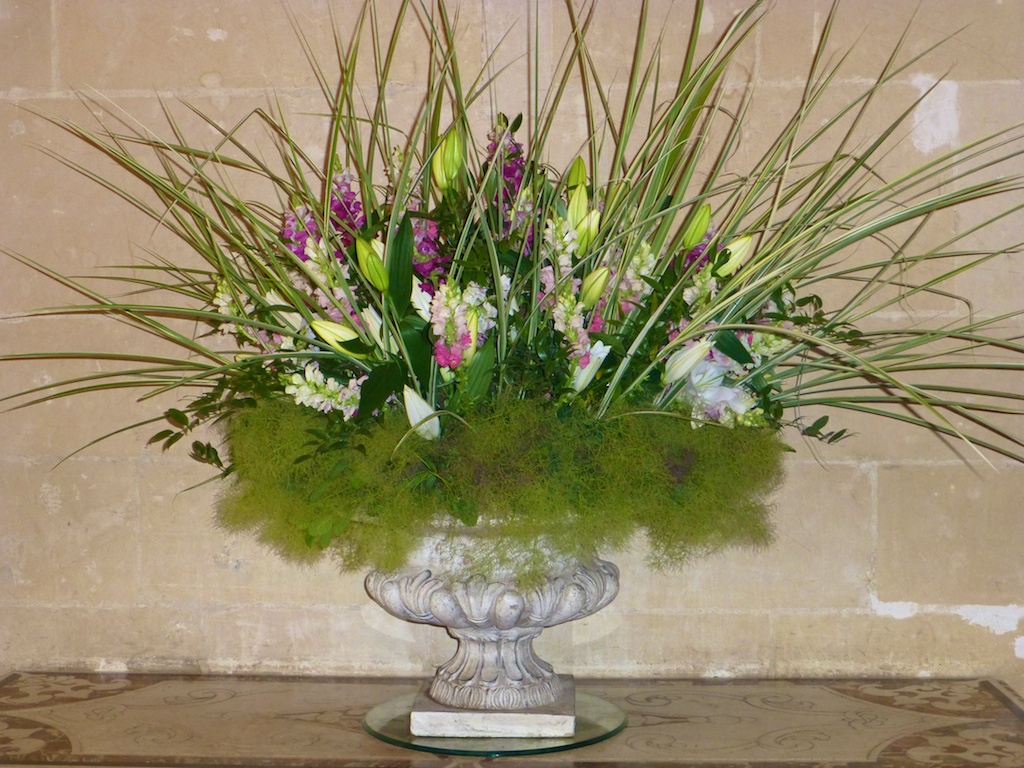 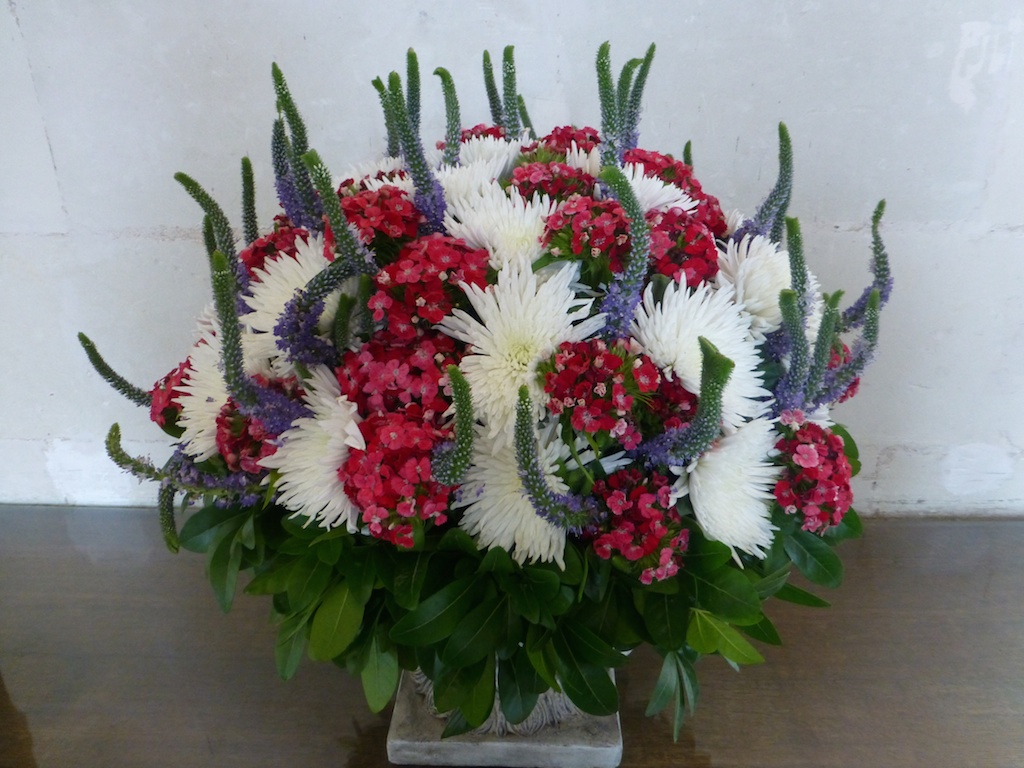 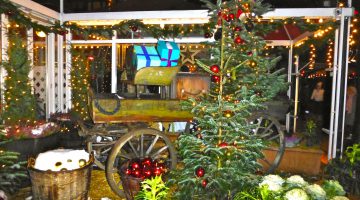 The Tivoli Gardens, Copenhagen, at Christmas