The Tragedy of Oradour-Sur-Glane

This is another piece of French history, but one that is both disturbing and distressing, the story of a sleepy little town, Oradour-Sur-Glane, just north of Limoges. A World War II tragedy, one of the horrific legacies of the Nazi Regime. A regime which tore through and ravaged an increasingly shattered Europe, devastating millions of lives in its wake. History remains unclear, (although much has recently been discovered) as to why this tiny rural spot, inhabited by just a few hundred people became the target for an act of such evil vindictiveness, one that can never possibly be explained or understood. Like many other victims of Nazi terror this is a tragedy, which however heart breaking, should never be forgotten. 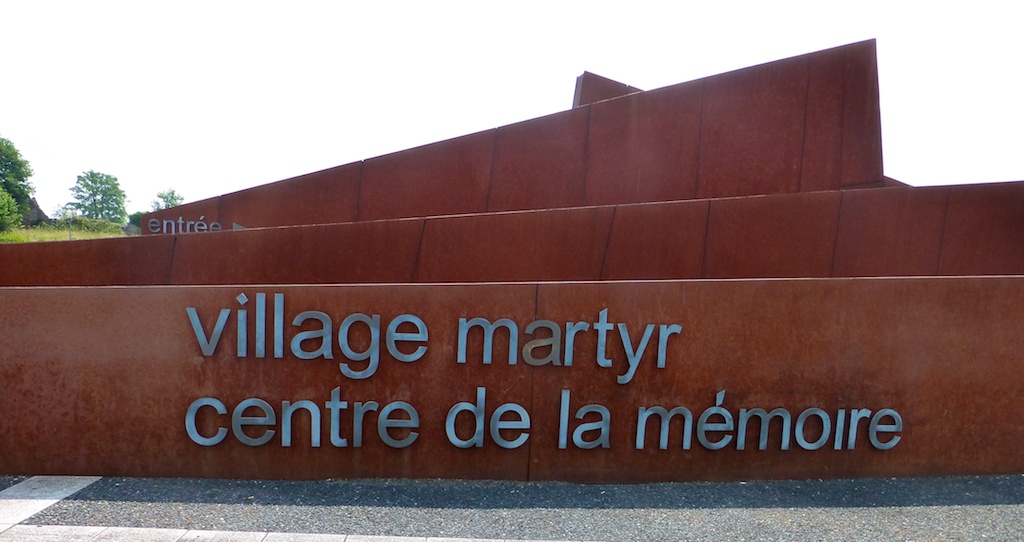 What occurred at the small town of Oradour-Sur-Glane, followed on the heels of the Allied advances after the D Day landings in Normandy, June 6th 1944. Nazi Panzer divisions were all told to go north to support the rapidly retreating German army being pushed south towards Paris, many were hurriedly heading up through Vichy France.

France divided by the Nazi’s during World War II, the occupied north and ‘free’ south 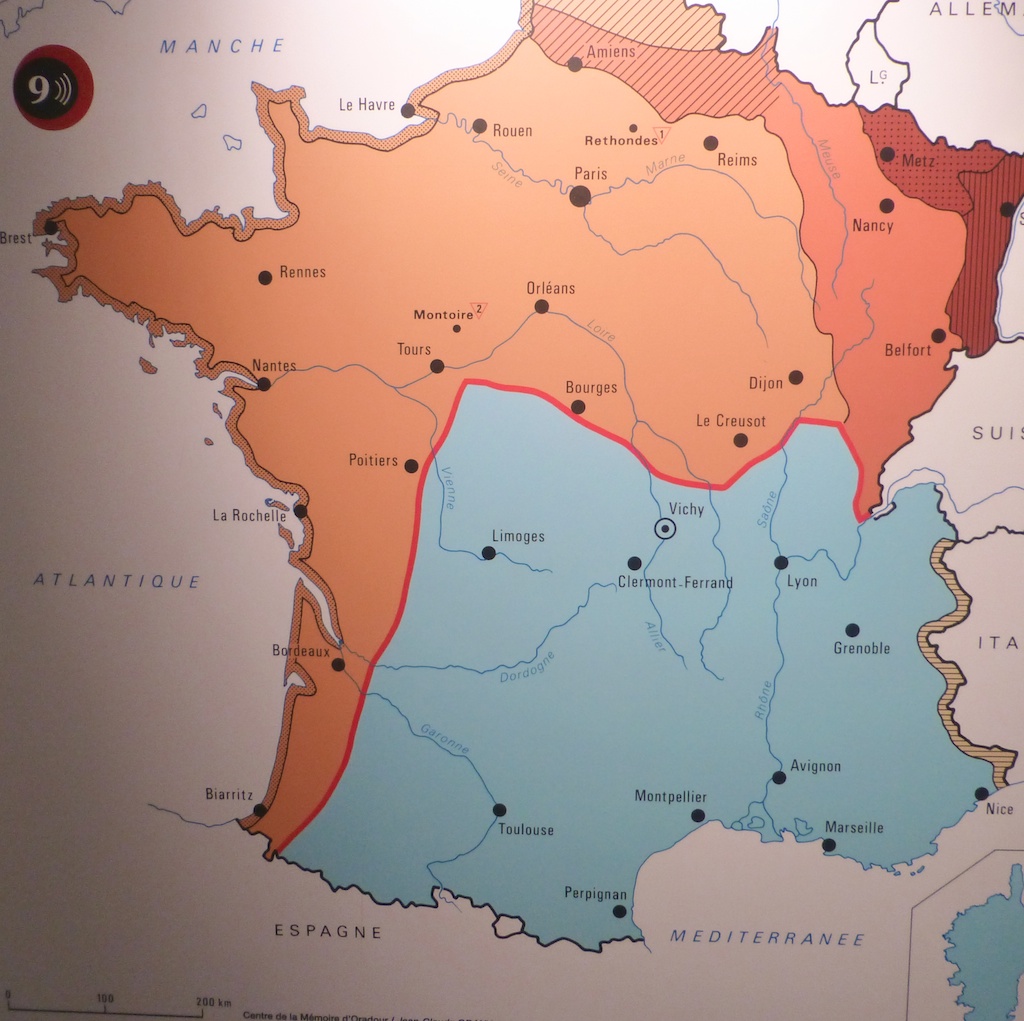 One such division stopped near Limoges, not far from Oradour. A plan full of retribution and hatred was hatched and Oradour became the target. There was no logistical or geographical ‘justification’, no threat posed by its inhabitants, Oradour just happened to be there. 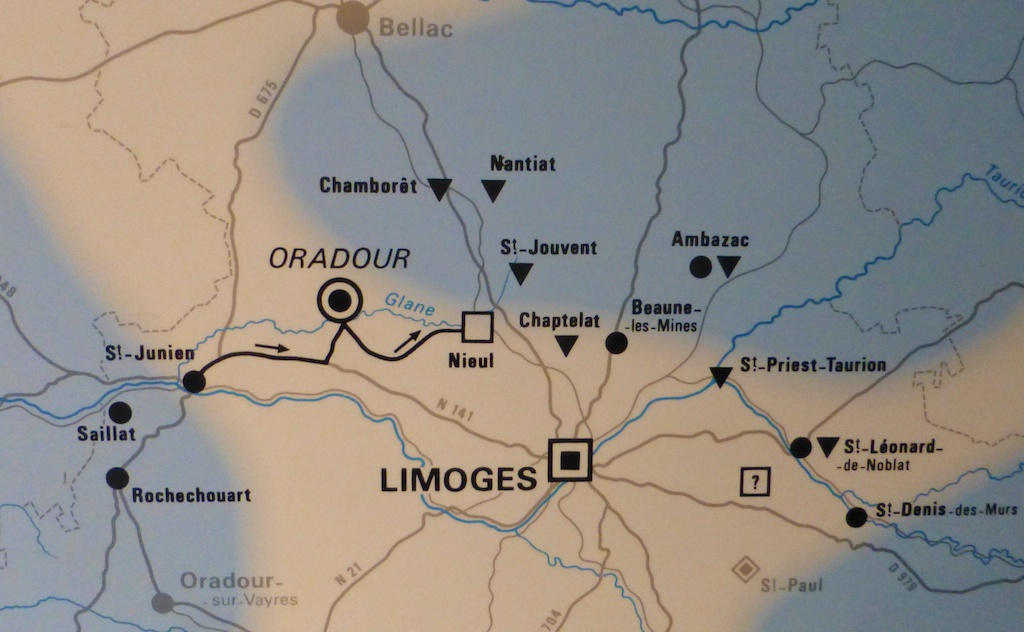 On June 10th 1944  Oradour was silently encircled by Nazi soldiers from the Der Fuhrer Regiment of the 2nd Waffen-SS Panzer Division. Armed to kill, they then pounced upon the startled, innocent occupants herding them at gun point into the sleepy afternoon sunshine of the village square. The women and children of Oradaor’s were all confined within the walls of the church. 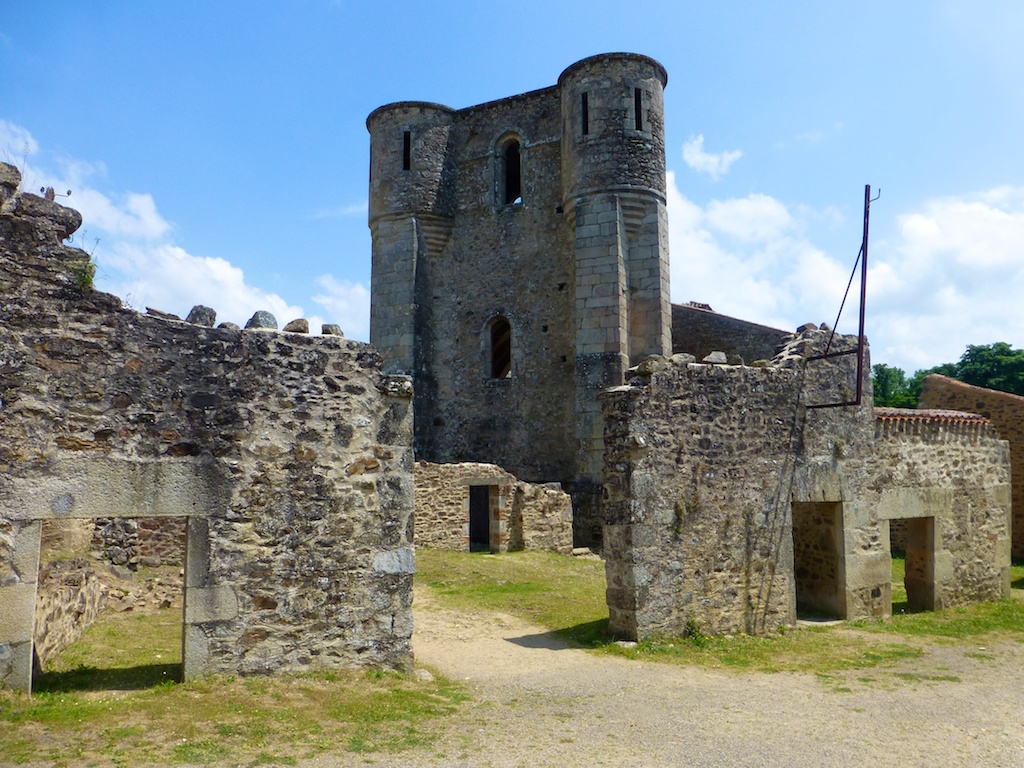 The men were separated into groups and made to go into the small businesses and shops scattered along Oradour’s streets.

The Boulangerie, where some of the men were incaserated 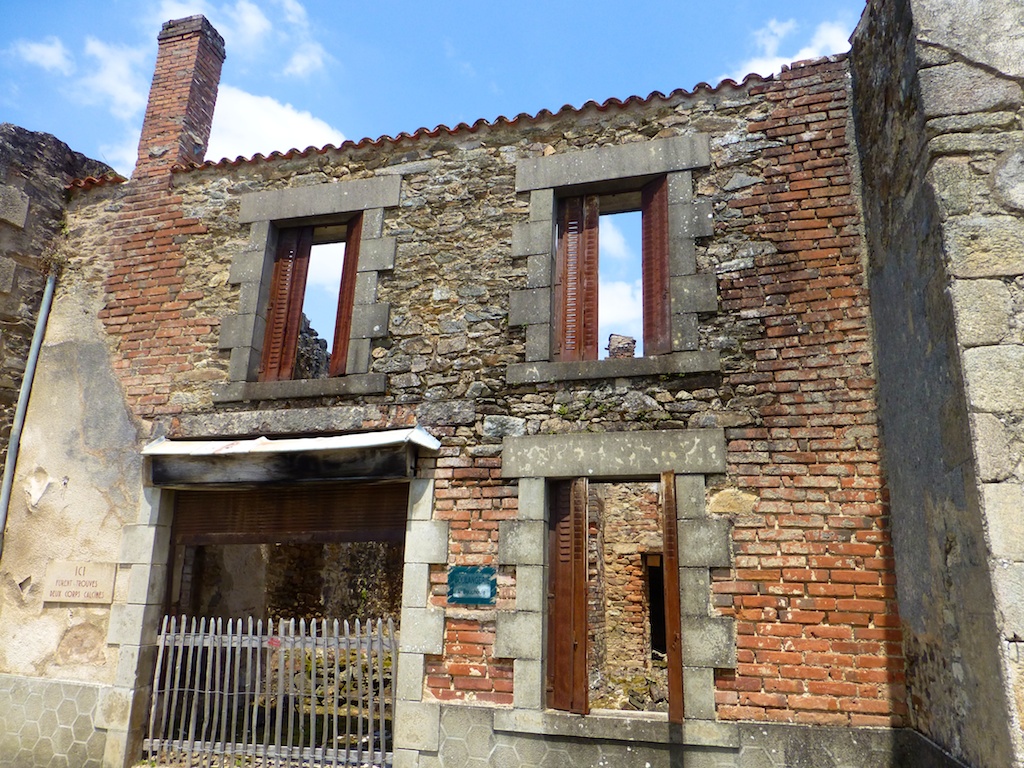 What followed was a massacre of unprecedented senselessness and violence. Each and every building was peppered with bullets striking down every living being. The church was assailed with gas bombs, rained upon with gunfire and along with the rest of this tiny little town, set fire to. 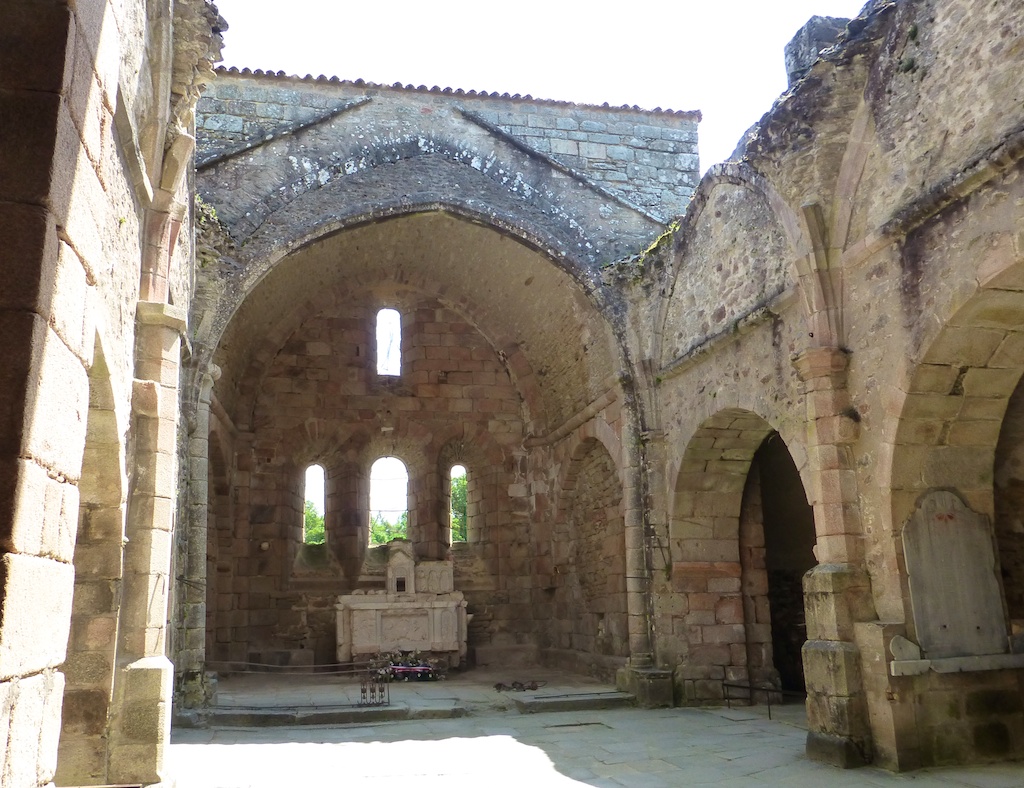 642 lives were lost, only 5 escaped; within a few minutes, a community which had existed for over a thousand years was eradicated. A devastating incident ordered from the depravity of hideous minds. 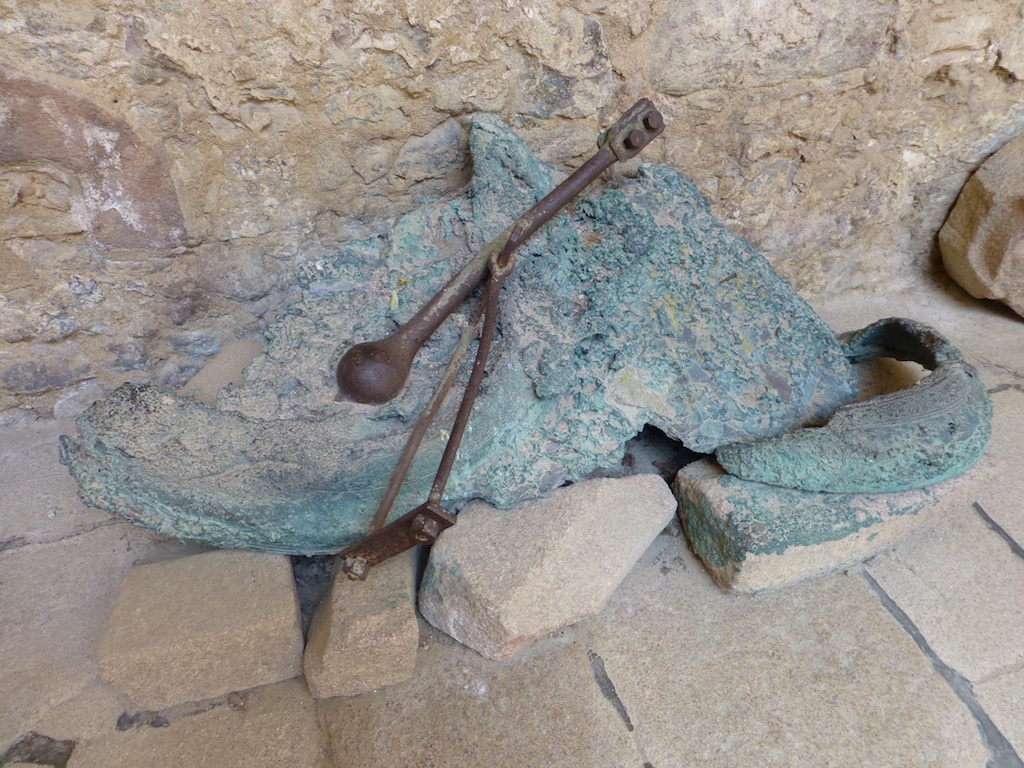 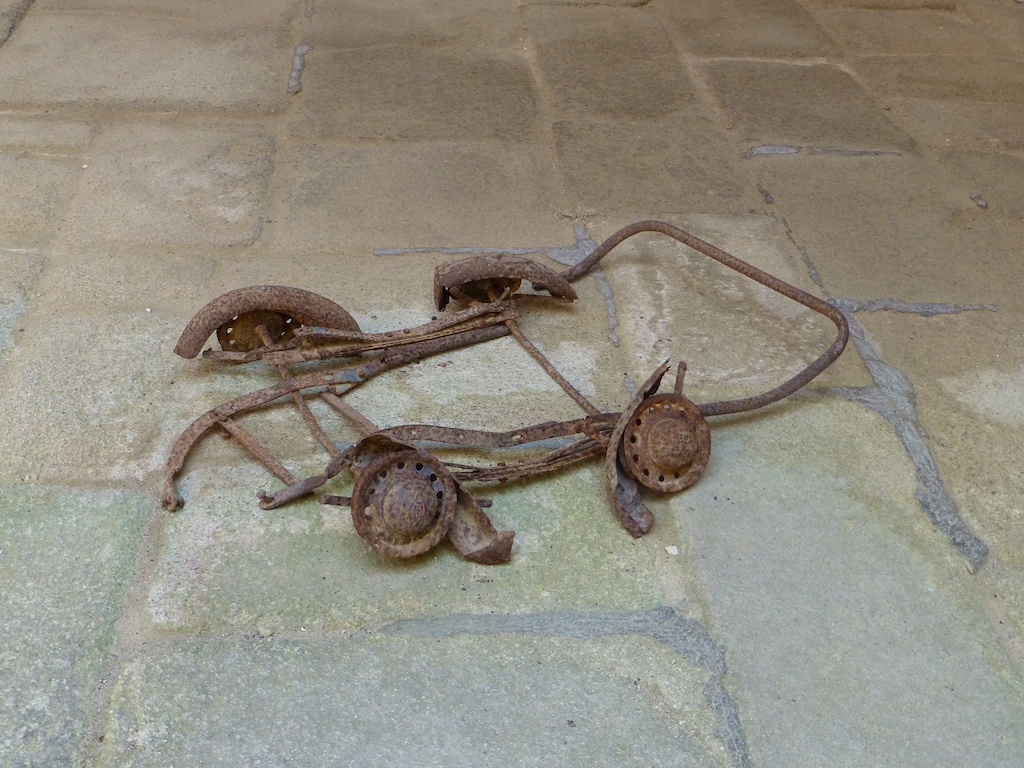 Such was the horror of what happened that Oradour-sur-glane was never restored, a new town was built alongside it. What was left of this devastated town remains as a memorial to thousands and thousands of other martyrdoms throughout Europe and across the globe as a reminder to all of the mindless abomination of a world at war. 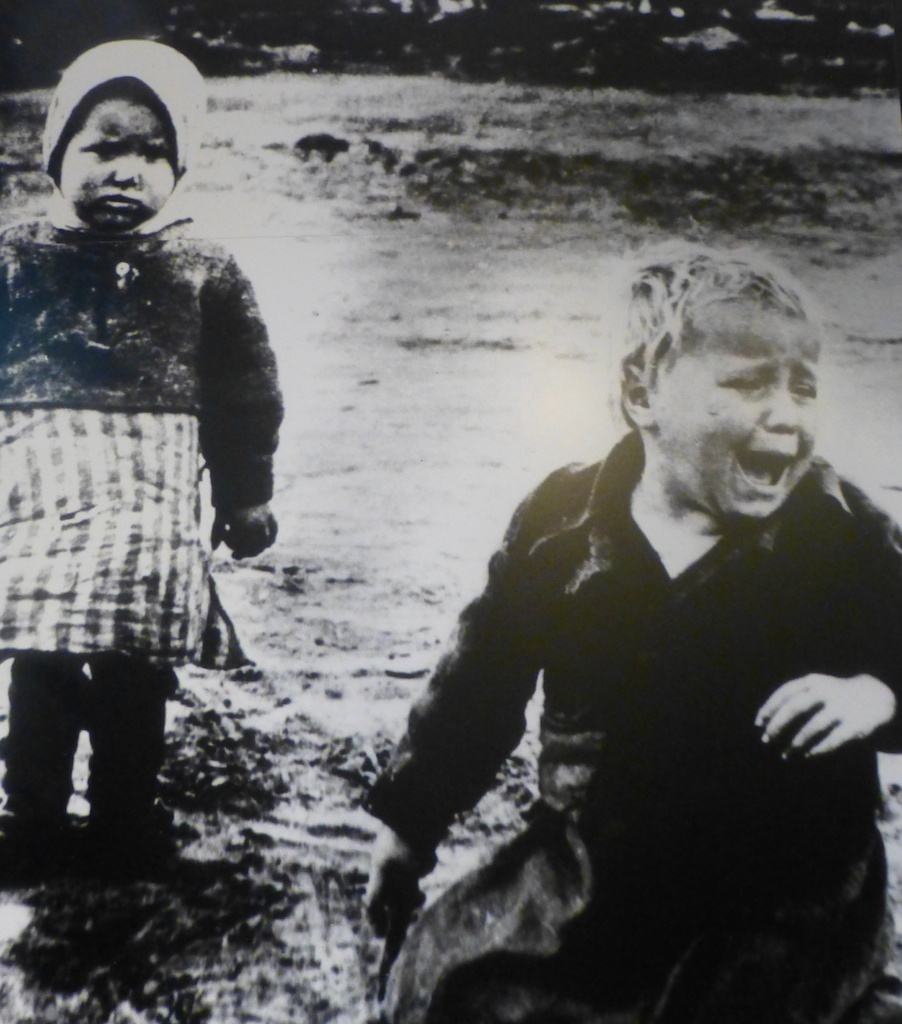 Today, seventy years later, as you wander Oradour’s abandoned and shattered streets you are filled with acute distress and revulsion. At the same time, the critical importance of people knowing about this tragedy pervades every tumbled down building, burnt out car, long ago used rusted sewing machine and workman’s tool. 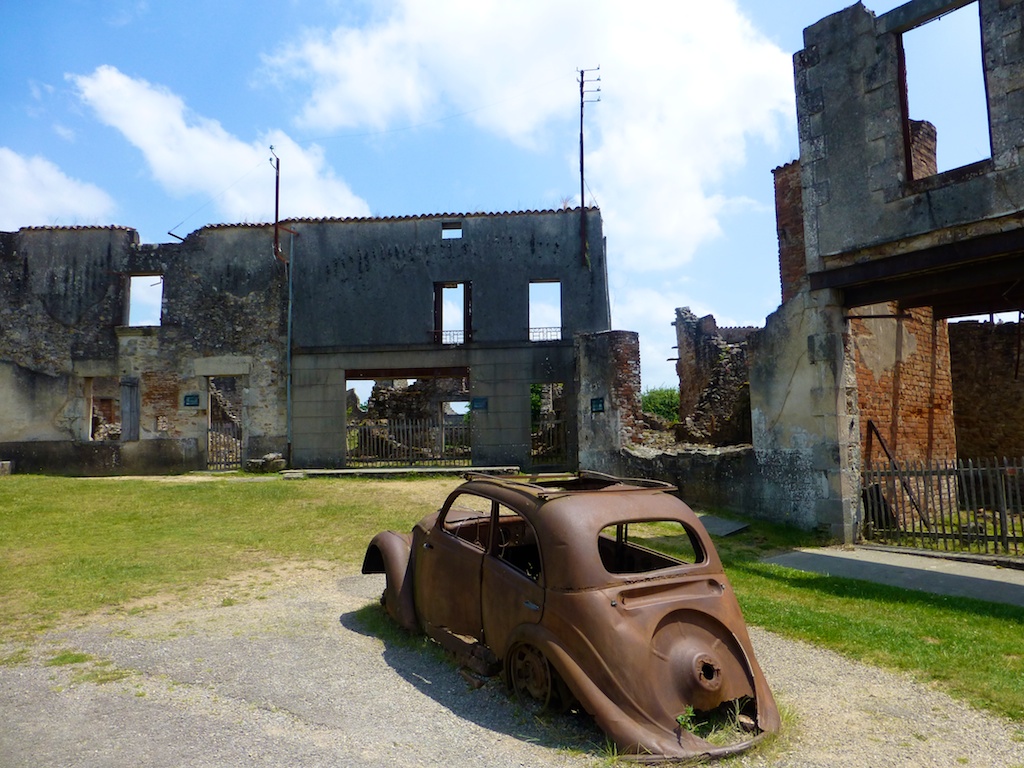 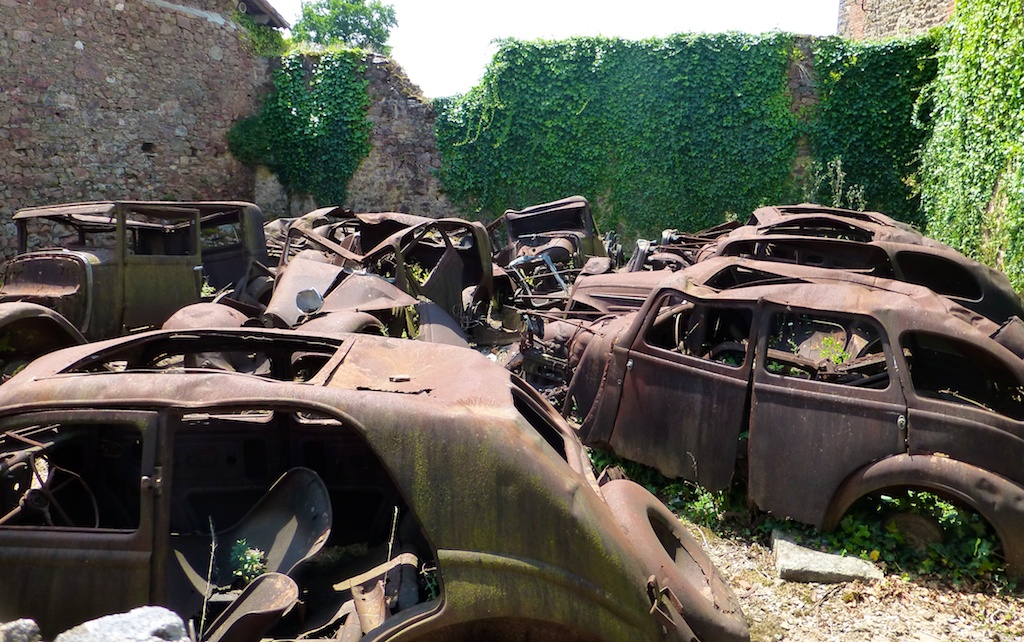 They are all there as reminders of that we should NEVER forget and each and every one of us do all we can to ensure open-mindedness, tolerance and peace.

Previous Article The homes of the French Aristocrats 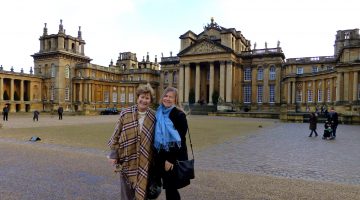