The gift of travel is precious and illuminating, exposing us to things we have never encountered before. It can be thought provoking and evocative, a historical discovery, making you ponder upon a life lived before or a life lived elsewhere. Intriguing and fascinating, it’s why we flock to museums, delve into literature, become lost in a movie, all of which provide glimpses of what was and what is somewhere else. Each of our stories is a rich tapestry of threads and inter-woven strands. Many have contemplated; ‘What would it have been like if I had lived then or there?’ Maybe its why some travel, to unravel the mysteries of living elsewhere, to be yourself on a totally different stage in the theatre of life.

Circumstances play their role in who we are and who we become. Even though the game of life begins with the cards we’ve been dealt, we have some choice about what happens next. Some never go on to shuffle the deck, never have the opportunity or maybe the will. Others look to deal new hands, to meet new players. Then there are those of us who throw all the cards into the air letting them flutter back through our fingers, to gather up and play in another setting with completely different people.

As I write this I am far from home, in a gleaming high-rise, surrounded by all the modern conveniences of the 21st century. The efficient hum of air-conditioning keeping me comfortable, my laptop keeping me company, ice and cold water are not luxuries, with a flick of a button I could be watching BBC or CNN news or demanding a recent movie from a new 56 inch flat screen TV. There are avenues of shops and restaurants to exercise my credit cards, I am in a large contemporary metropolis which could be anywhere. Maybe for those who fly in for a few days’ business or stop over en-route to somewhere else that might be true. But I am not ‘anywhere’, I am in a spot within Southeast Asia that is totally unique, Singapore, what, I ponder would it be like to live here? 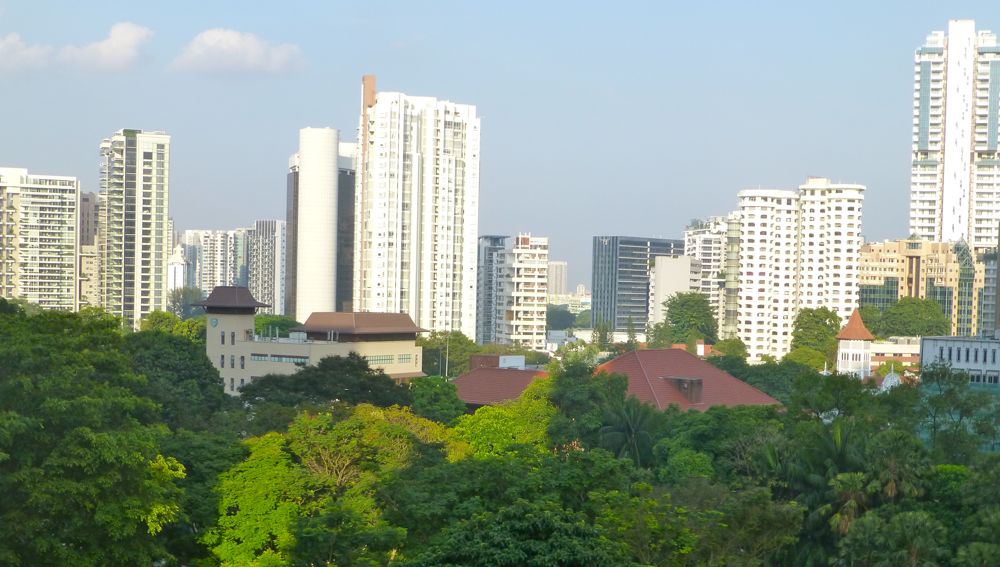 Singapore still wears the petticoats of its Colonial British past. People drive on the right, the electrical outlets and plugs are British, English is the predominant language and there are gracious 19th century Colonial buildings and treasures to admire and investigate. Whilst exploring one hears European, American and Australasian voices, people from a thriving expatriate community, largely derived from global corporate postings. However the pre-dominant chatter is from people scattered across Asia. Mostly more delicately built, slightly shorter, dark haired and dark eyed; Singaporeans who proudly trace their heritage from across the neighbouring continents, and a rich medley of others.

Colonial Buildings of The National Museum of Singapore 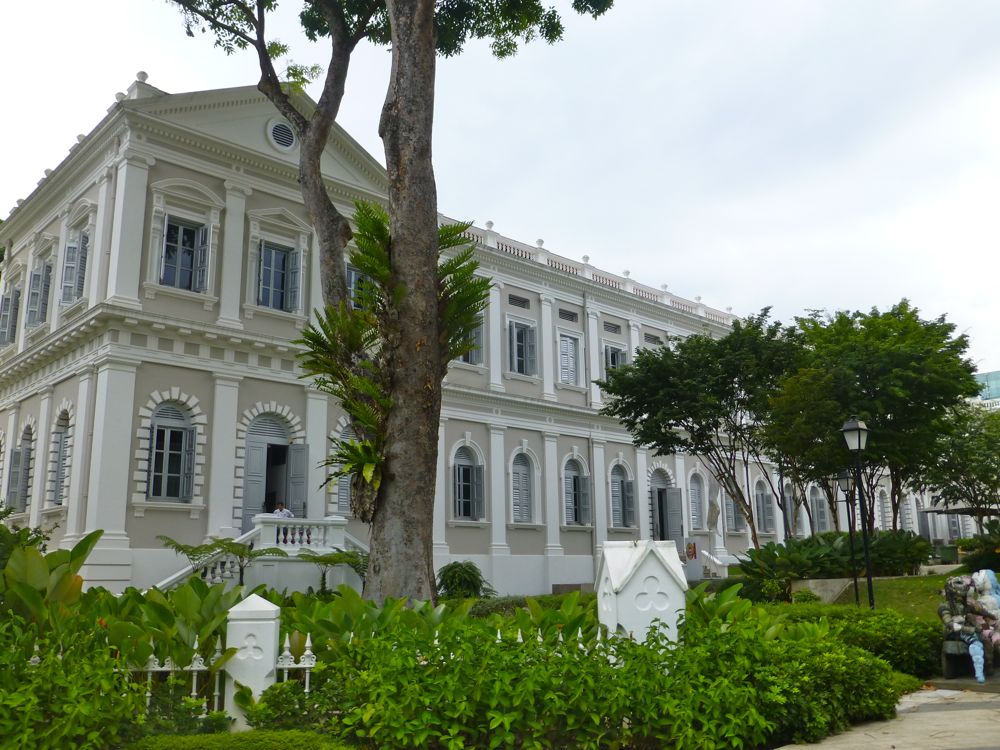 Streets are busy, pavements packed with bustling crowds, roads with more taxis than cars. Shrill police whistles control the few cross walks, restricted in number as people are herded like sheep down underpasses, grateful to enter the cooler underground world of retail therapy, which occupies every spare square footage. Corridor after corridor of expensive, shiny, high-end shops, leads one to assume that this is a wealthy population with designer tastes, more than able to sustain such business. 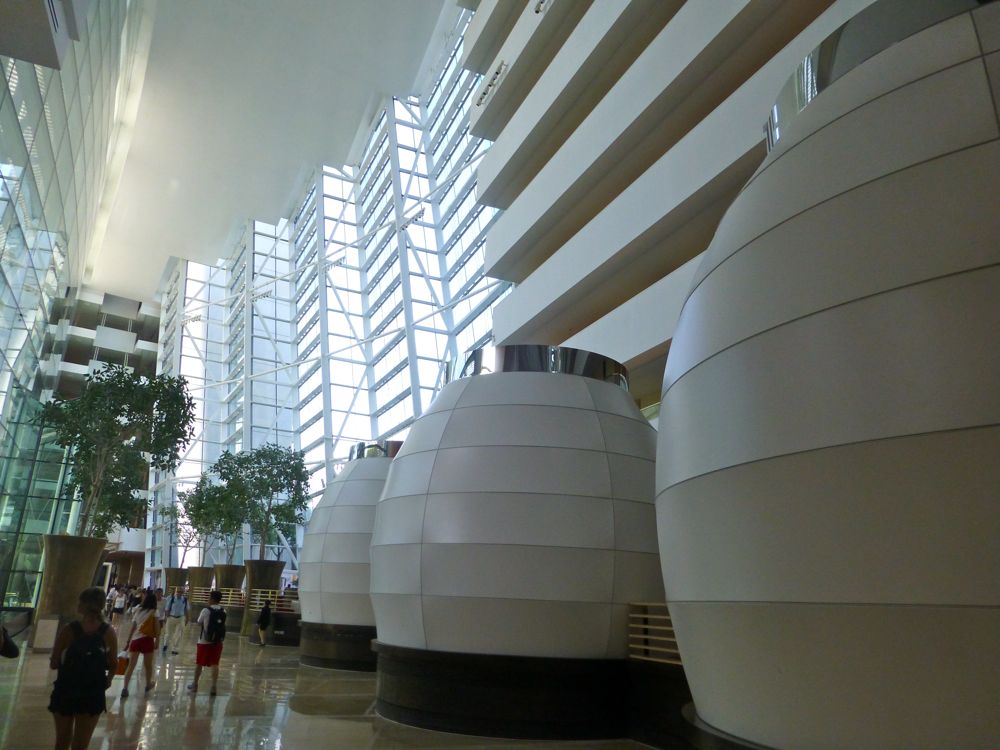 Magnificent hotels compete with each other for business, boasting luxurious accommodation, spas and restaurants tempting both visitors and residents. 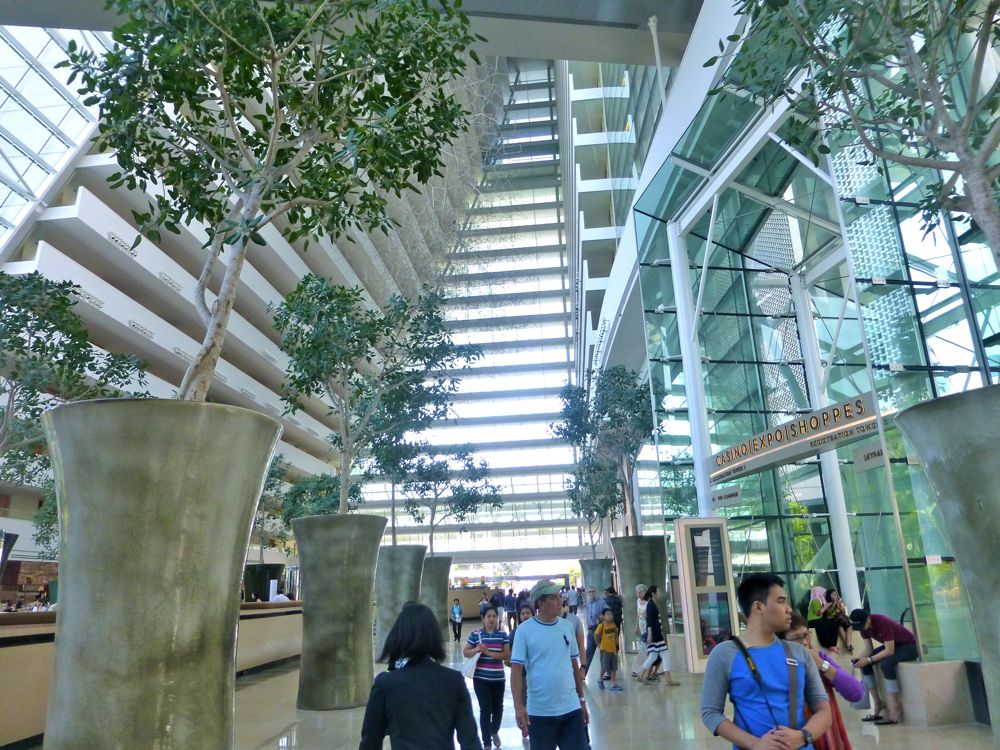 Imposing buildings house Expatriate Clubs. Within their opulent confines one can imagine a bygone era when wealthy ladies, sweltering in their prim Victorian lace, sipped tea whilst being fanned by giant palm fronds, shockingly believing that ‘the boy enjoys doing this as it keeps his native mind occupied.’ Such frightening attitudes thankfully buried, the starched lace long forgotten, parents now mingle to watch their children swim, or to work out in well equipped gyms or just to meet with others from home ‘in the same boat’ as them. Days out are spent trailing the museums, golf resorts, amusements parks, bike and nature trails although always with consideration to the outside temperatures. 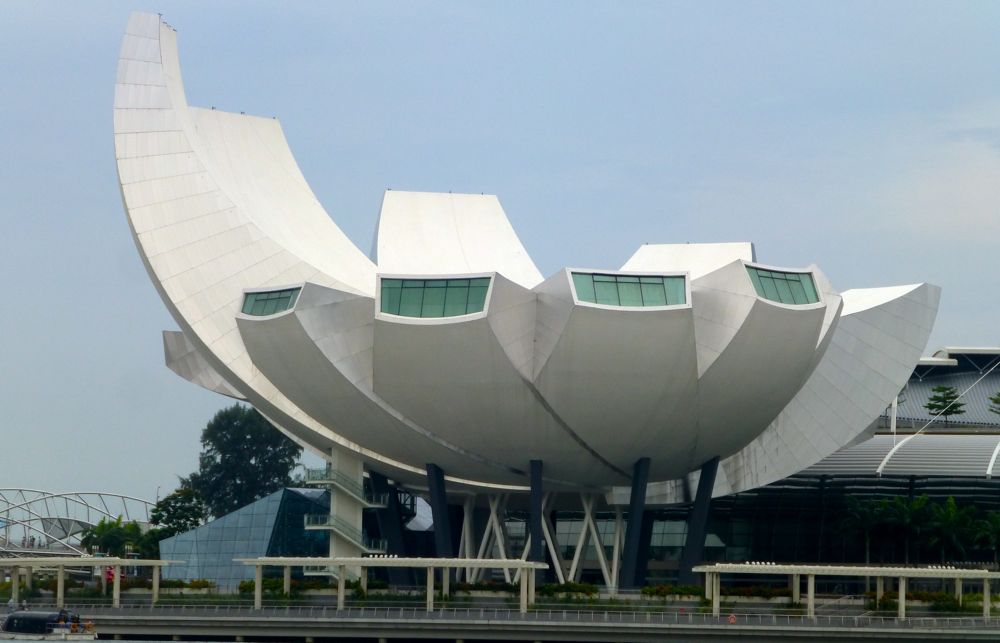 Time has altered many things. The days of servants replaced by ‘staff’ for the very wealthy. Maids are still employed, as people from less developed, poorer countries close by, flock here in search of work. Often more subservient, living in tougher circumstances without air conditioning, many survive on very little, sending money to extended families back home. The overall mantle of the poor, that of extreme poverty, crime, exploitation, malnutrition and disease, has largely been eradicated, perhaps more effectively in Singapore than in many western societies. However, away from the pristine city center very different, simpler lives are being lived. Many ethnic groups congregate in small communities such as ‘Little India’ and ‘China Town’, where a wide array of regional products, food, spices and silks are available. It is possible to sample local mouthwatering delicacies, to savour their flavours and aromas albeit it in less than salubrious surroundings. A sense of the past wafts over you from places and cultures not as touched by the hand of ‘progress’. 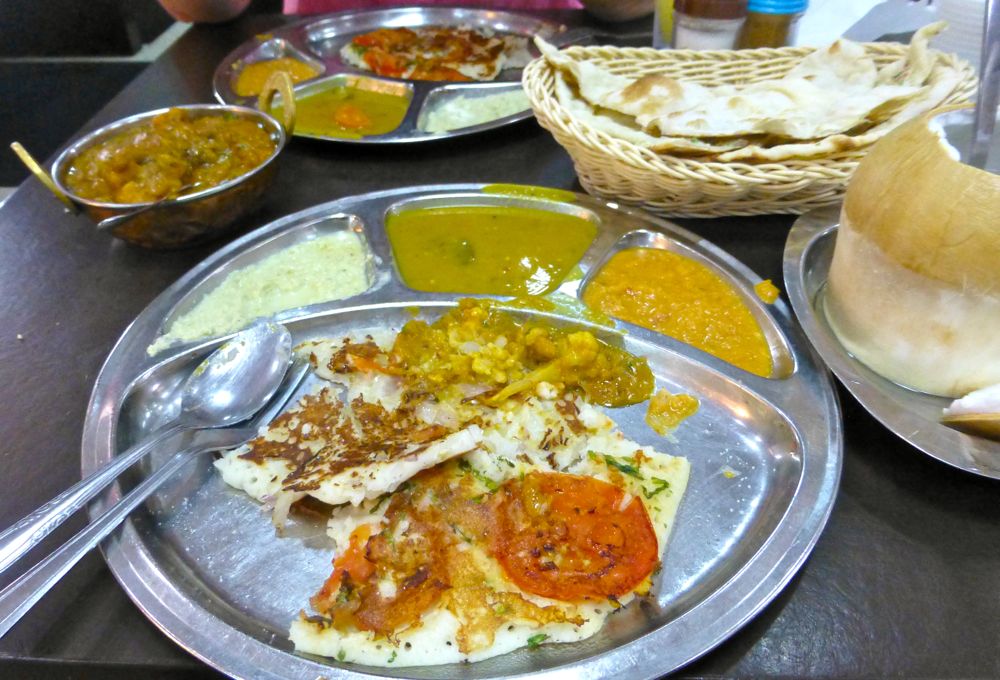 In Singapore only the climate remains totally unaltered. Nestled at the southern tip of Malaysia, just 85 miles north of the equator, the heat and humidity are unrelenting. From which, until fairly recently, there was little escape. It slows you down and exhausts you, it’s uncomfortable and harsh. Yet construction workers, gardeners and a whole army of people still survive and cope in their searing outside ‘offices’. Many have no air-conditioning to retreat home to but life is more palatable for them than for their parents or grandparents. 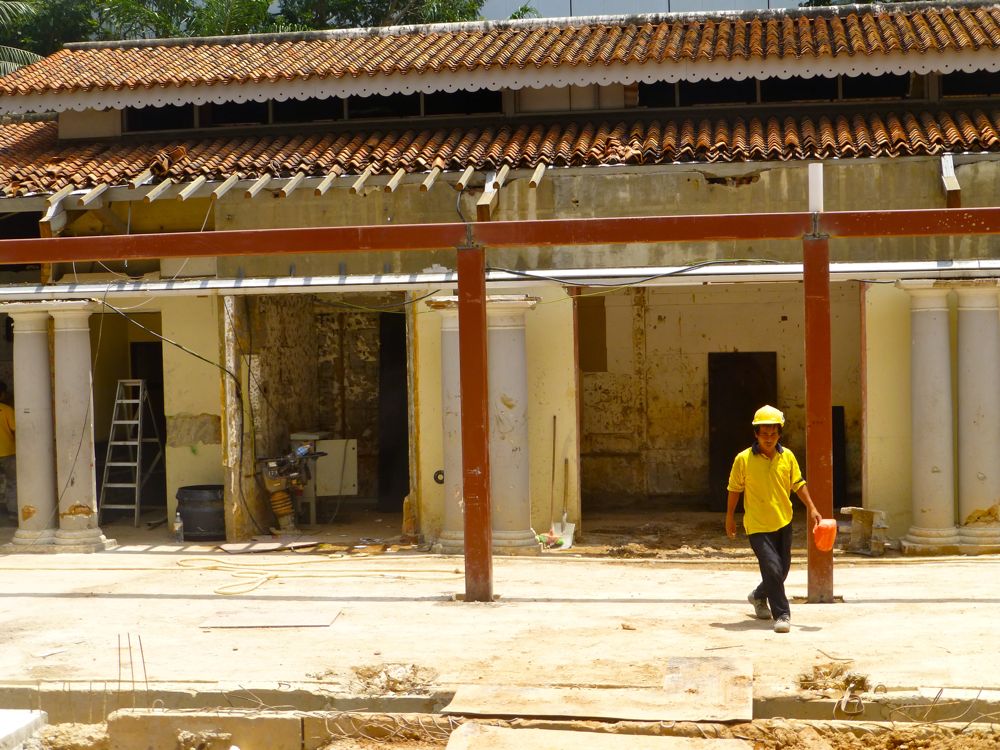 Tall, sleek apartments accommodate nearly 5.5 million people in this tiny island state of about 272 square miles. Few, but the very wealthy can afford houses, most live in ‘lego like’ skyscrapers many, although small, are priced in the millions. 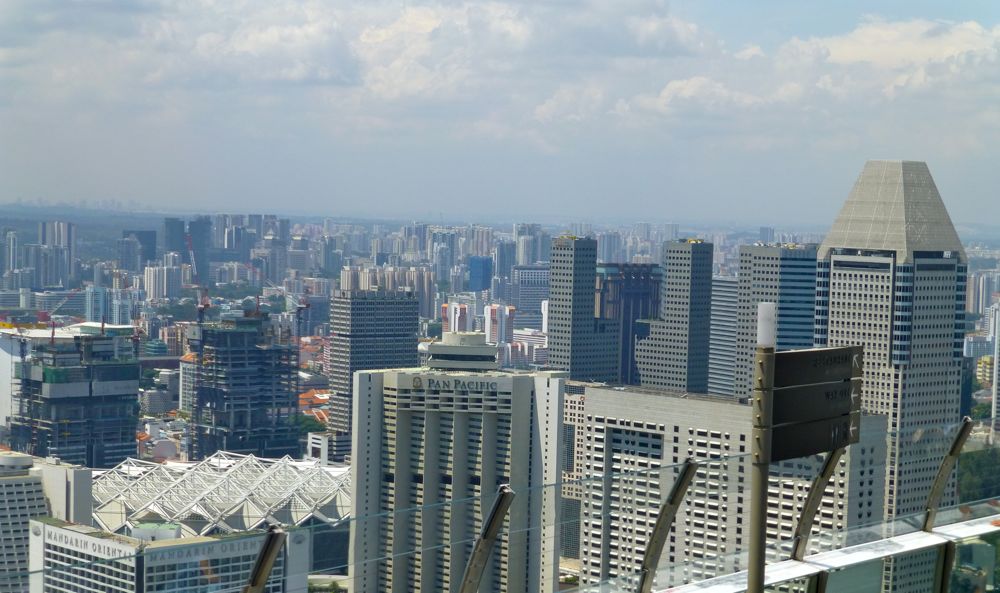 Exorbitant taxes on car sales together with an efficient transport system keep the number of vehicles to a minimum. As you stroll through the streets listening to the blare of car horns, drills and general construction noise in this ever swelling metropolis you are constantly reminded of your proximity to the tropics. The air is never crisp; there is always the smell of heat and concrete, faintly peppered with slowly simmering food. The skies change rapidly from a milky blue to a haze like grey, puffed up with fluffy clouds suggesting a distant threat of precipitation. When it rains it is a ferocious downpour drenching the thirsty ground and those unfortunate enough to still be outside. Small wonder that the vegetation is so lush and green, freshened from Mother Nature’s daily soaking. 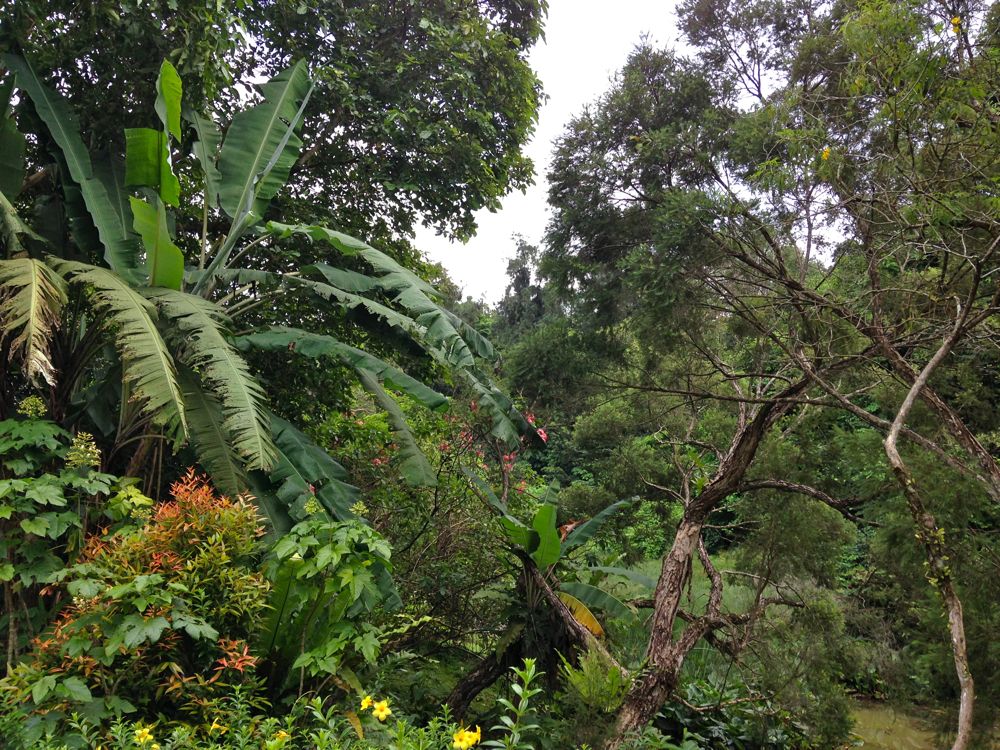 In only a few places can one escape the city, like the serene and stunning Botanical Gardens where one is immediately surrounded by the beauty of the local fauna and foliage. 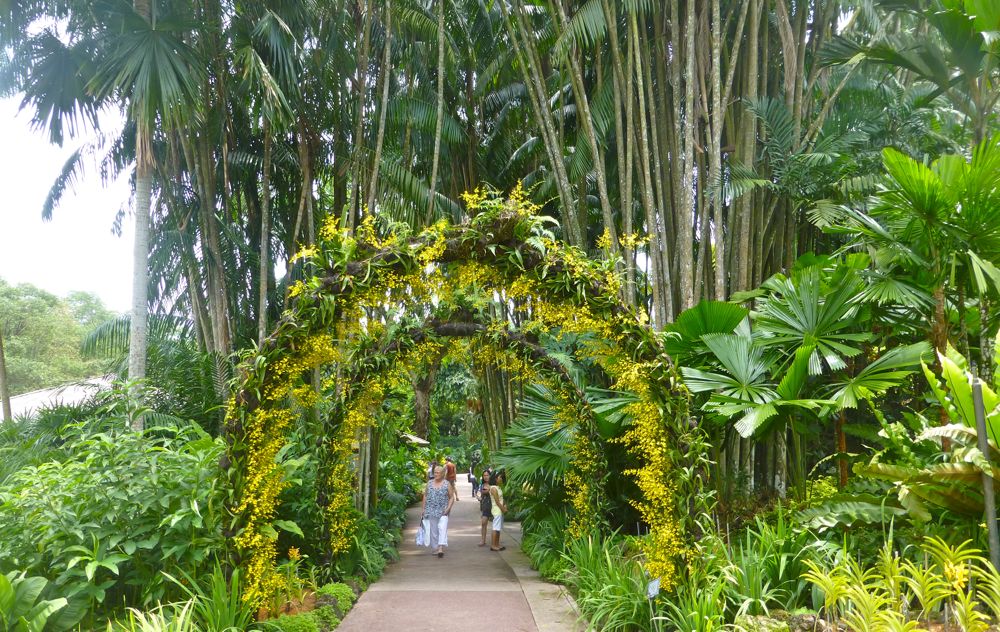 Huge natural umbrellas made from the branches of native trees shelter you on vast sprawling lawns. 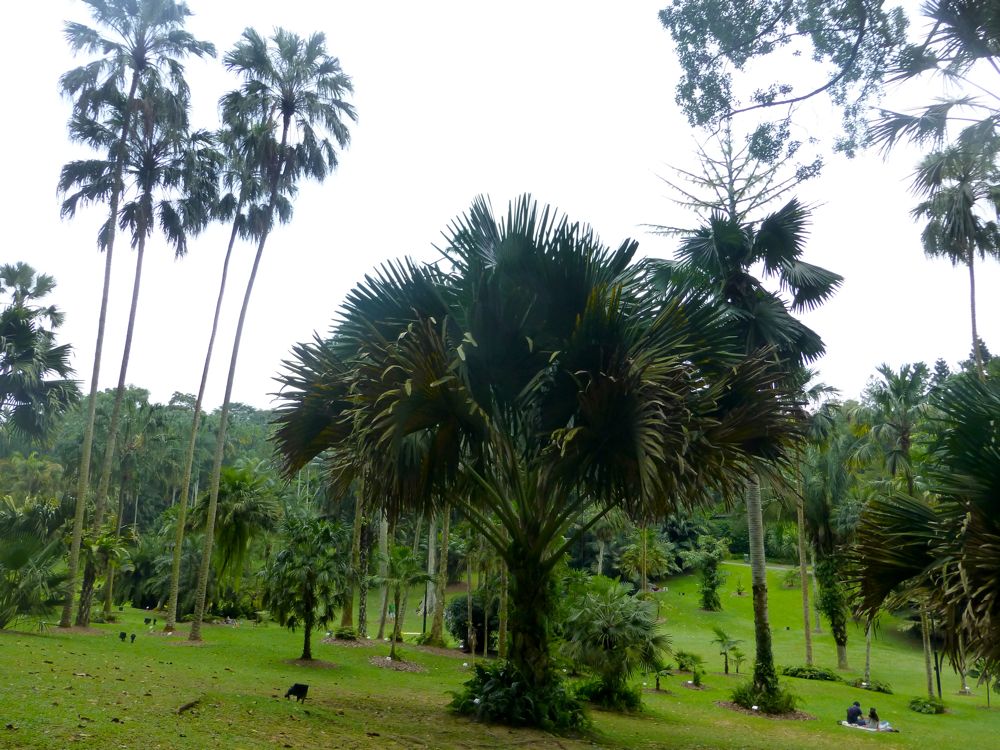 The air is fragrant from the perfume of orchids and exotic flowers. 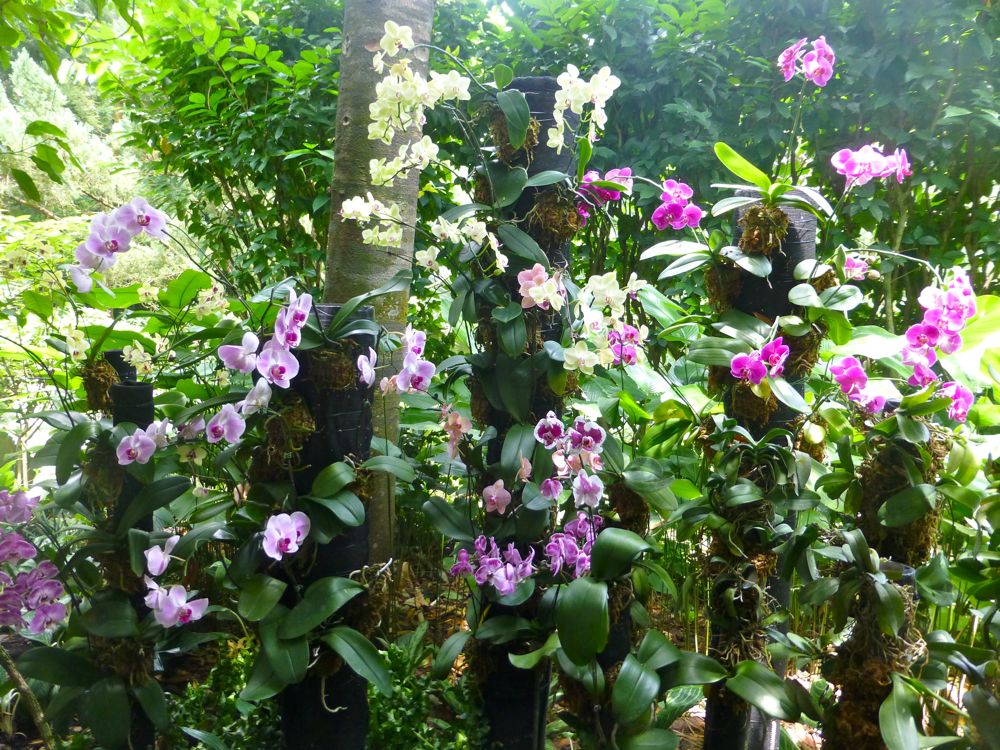 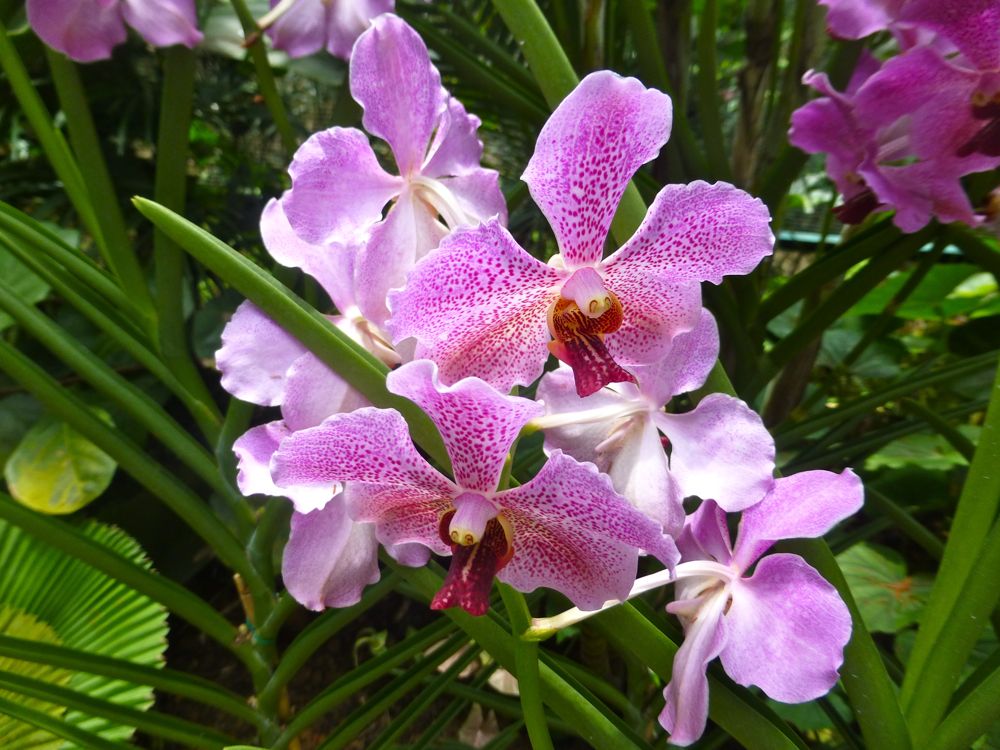 Bird song fills your ears; it is if you have travelled somewhere else very far away. 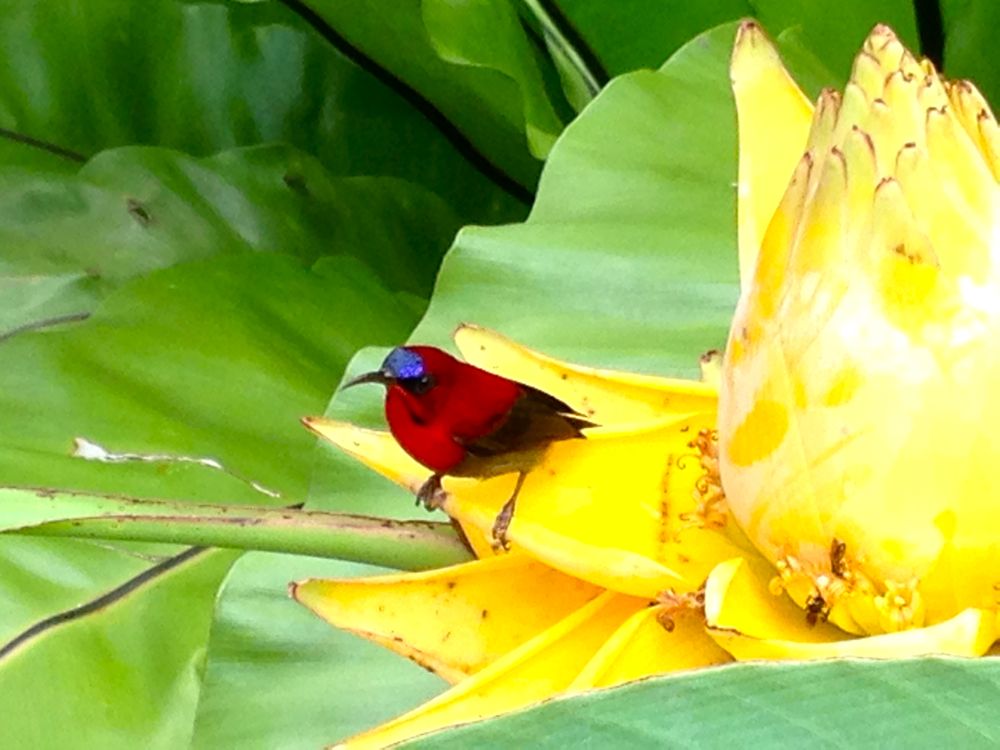 It reminds you that you have done just that and that living here offers a whole exciting region to explore close by, Malaysia, Thailand, China and Indonesia. A reason in itself to be here, even if just for a while.

View of The Straits, Singapore 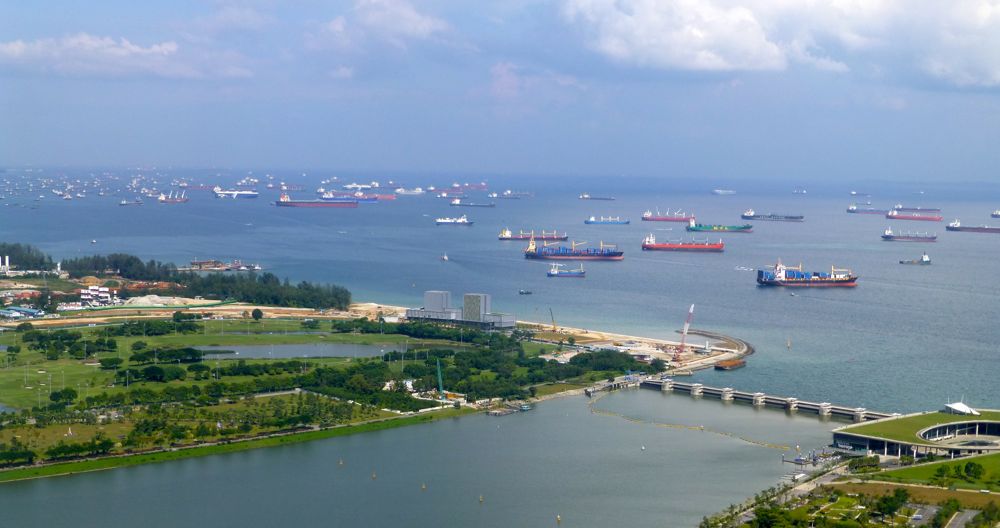 Living here is certainly different, no garden to relax in, no convenient car to zip around in. One thinks twice about the size of the grocery shop which has to be carried by hand and taxi or public transport. There is an element of claustrophobia. Yet to live in such a diverse, sophisticated, melting pot of cultures and still be pampered by 21st innovation, to be able to introduce oneself to the traditions and beauty of Southeast Asia, what an enriching opportunity it would be.

Next post Golden shades of California's Napa Valley in Fall

Previous Article The history of Singapore 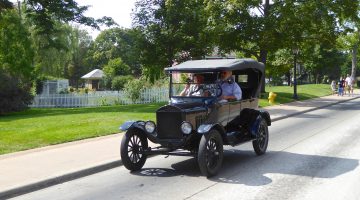