Day 5 of our American Road Trip 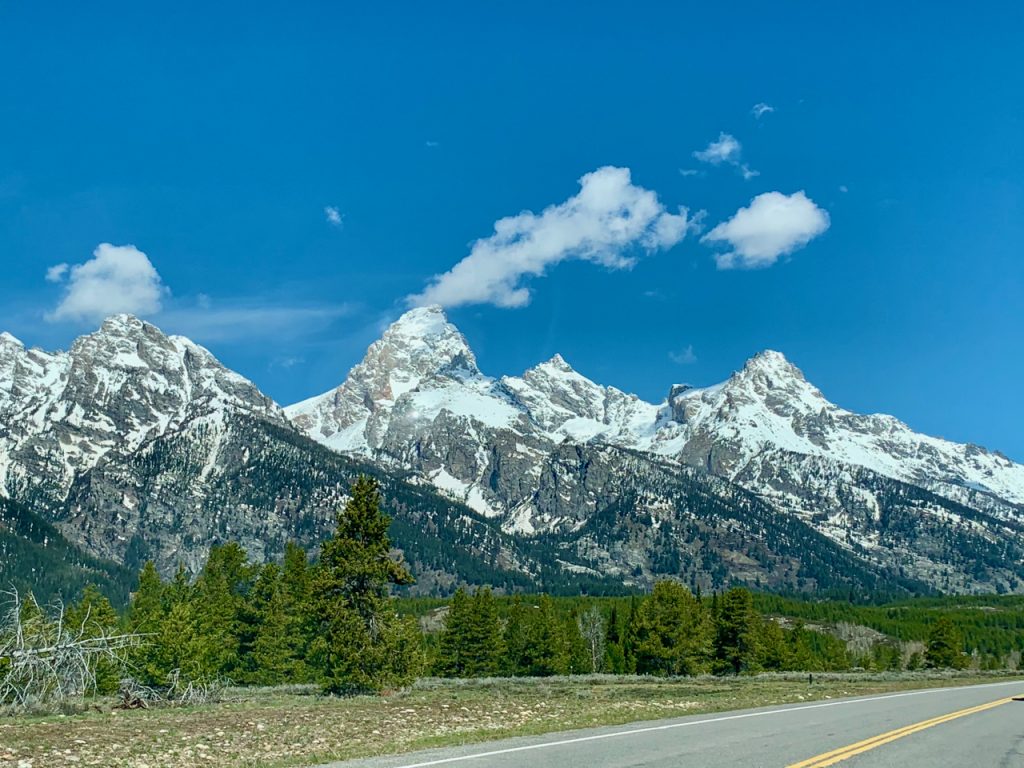 The snow capped peaks of the Teton range dominated the skyline. 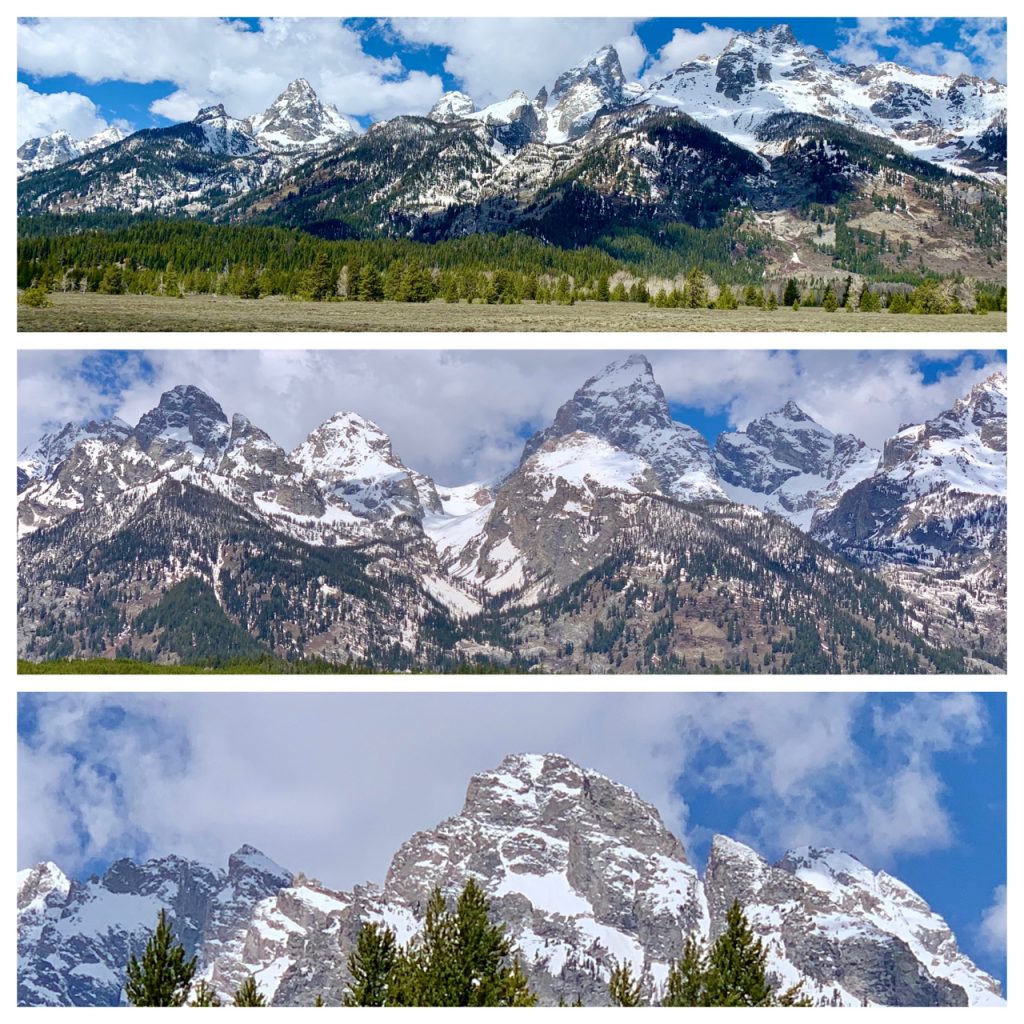 Their reflection in Lake Jackson was breathtaking. 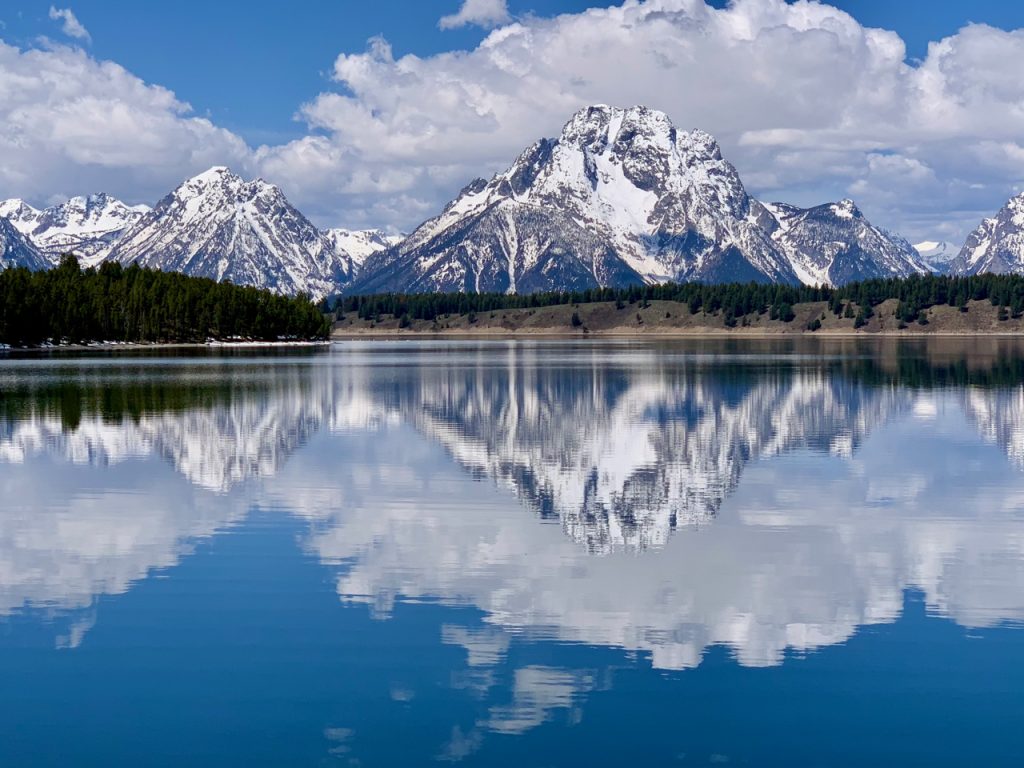 From where we were at Lake Jackson, it is possible to continue on through Grand Teton National Park into Yellowstone National Park. Unfortunately for us, the road was not going to open for the season until the following day. The edge of Yellowstone was only a thirty minute drive away, but we had to turn round and return to Jackson and then drive the equivalent of three sides of a square to get to there. 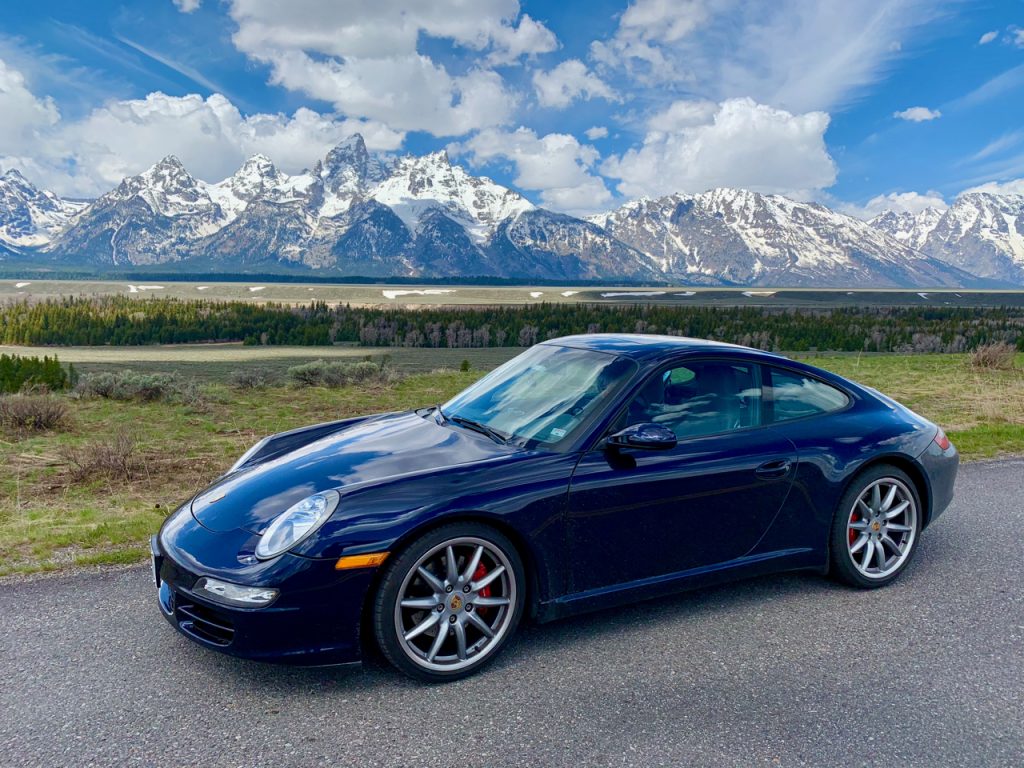 It wasn’t such a hardship with these incredible views. 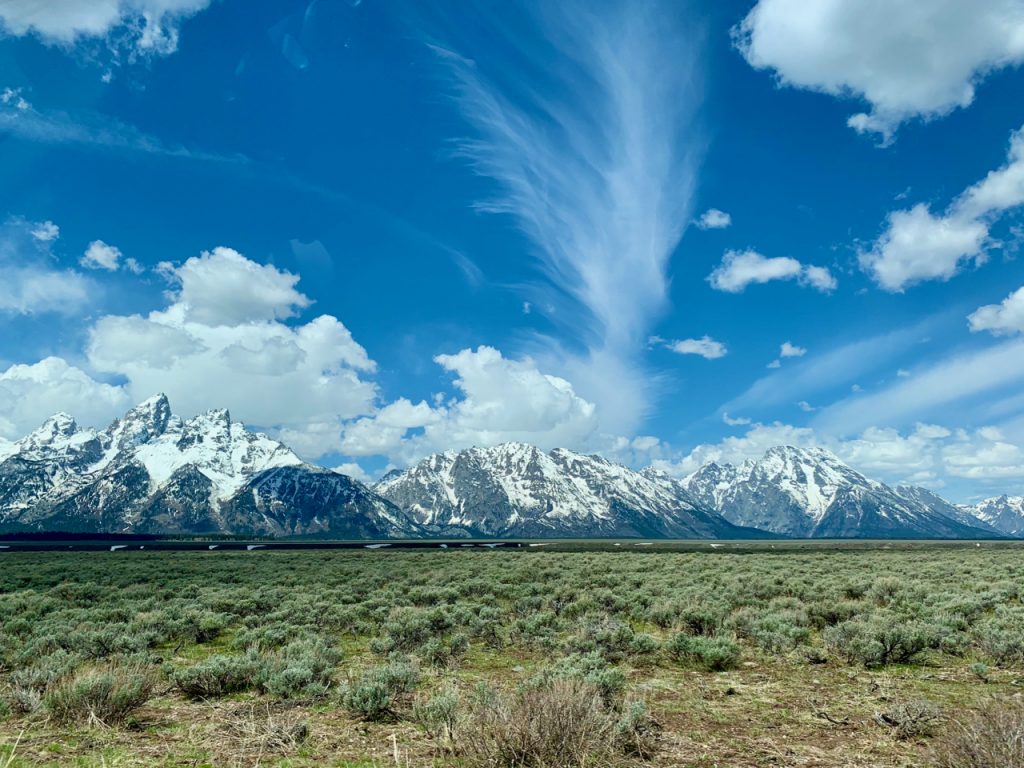 Although we were on a parallel road, further away than the day before, it was difficult to resist trying to capture the sheer magnificence of The Tetons. 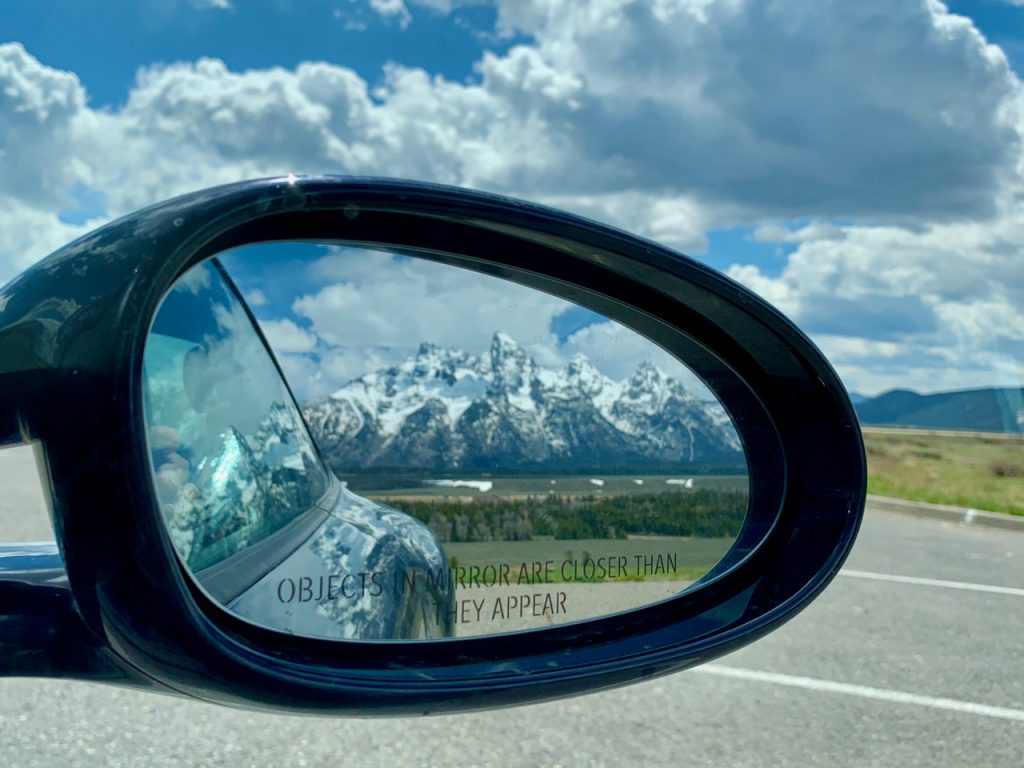 From every view point the Tetons filled my camera lens. 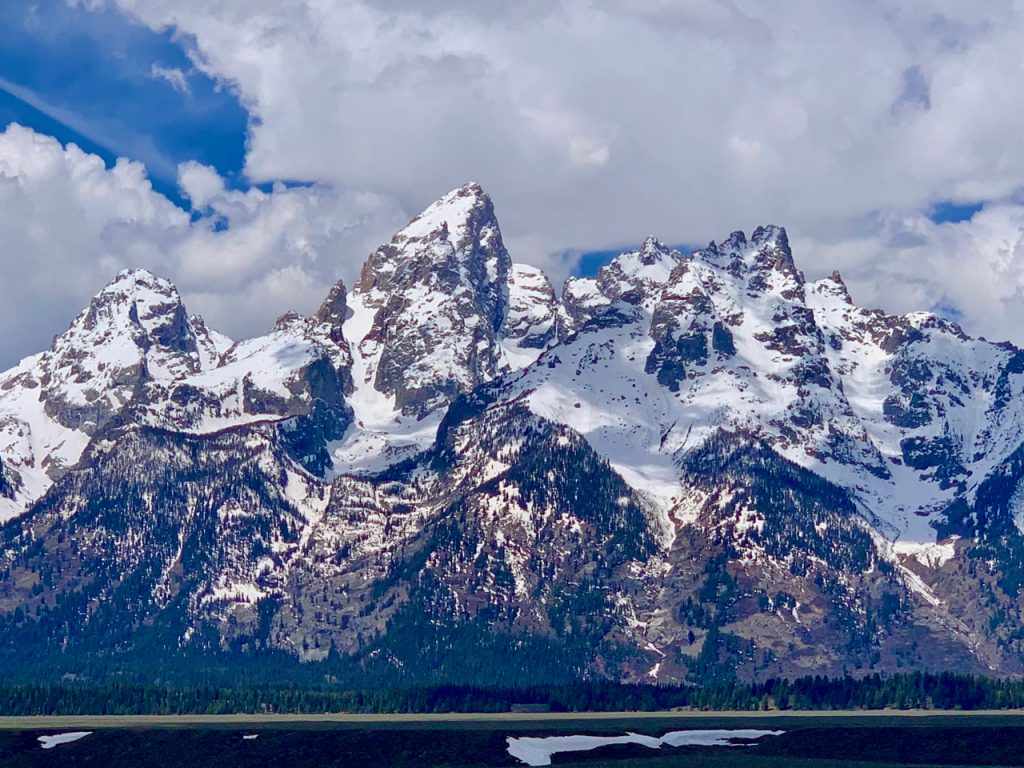 We kept stopping, especially when we saw this field of bison. 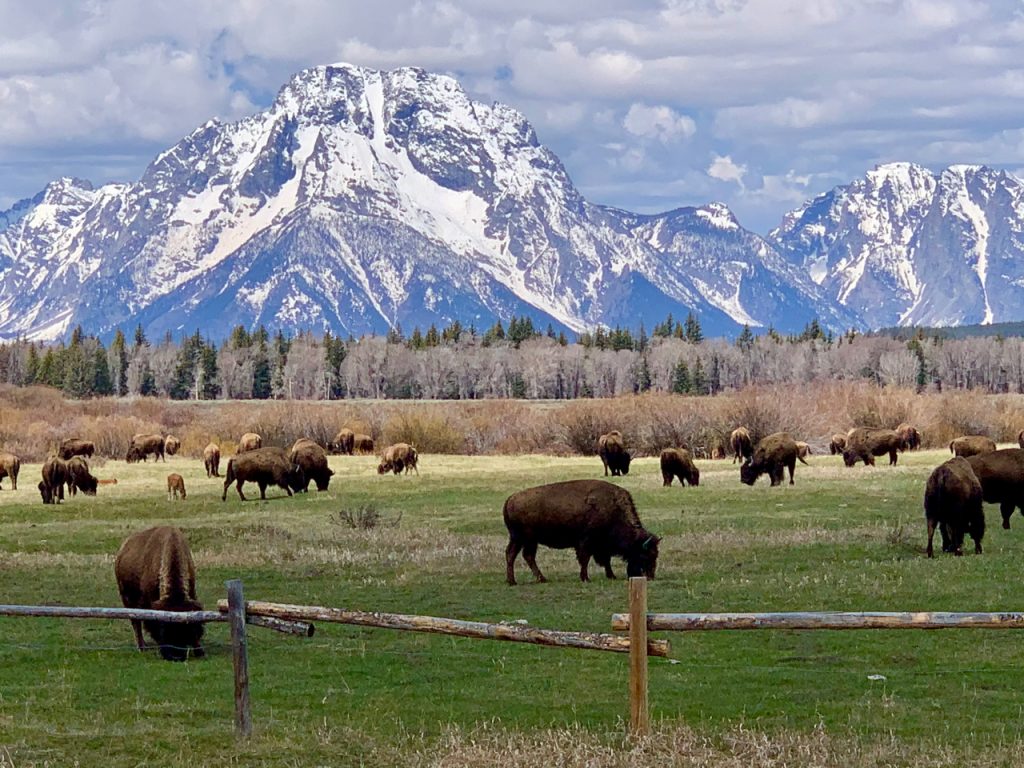 Once back in Jackson we climbed out of the town along a stunning alpine road towards Idaho. 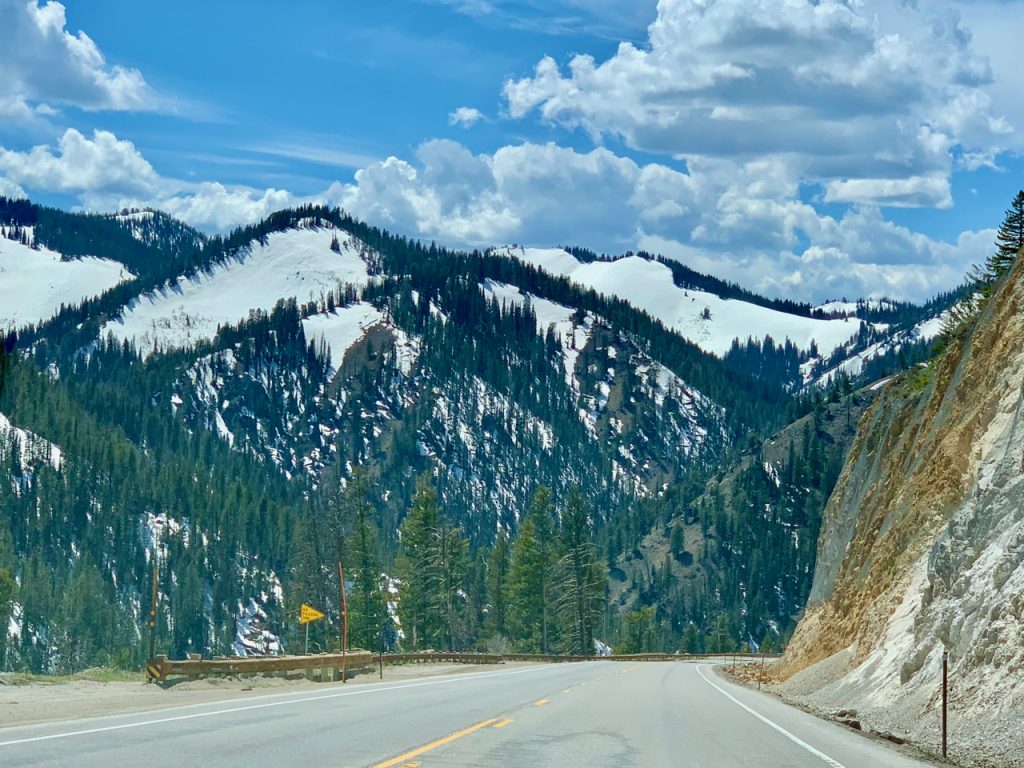 About twenty minutes later we were on the flat plains of Idaho surrounded by potato fields. 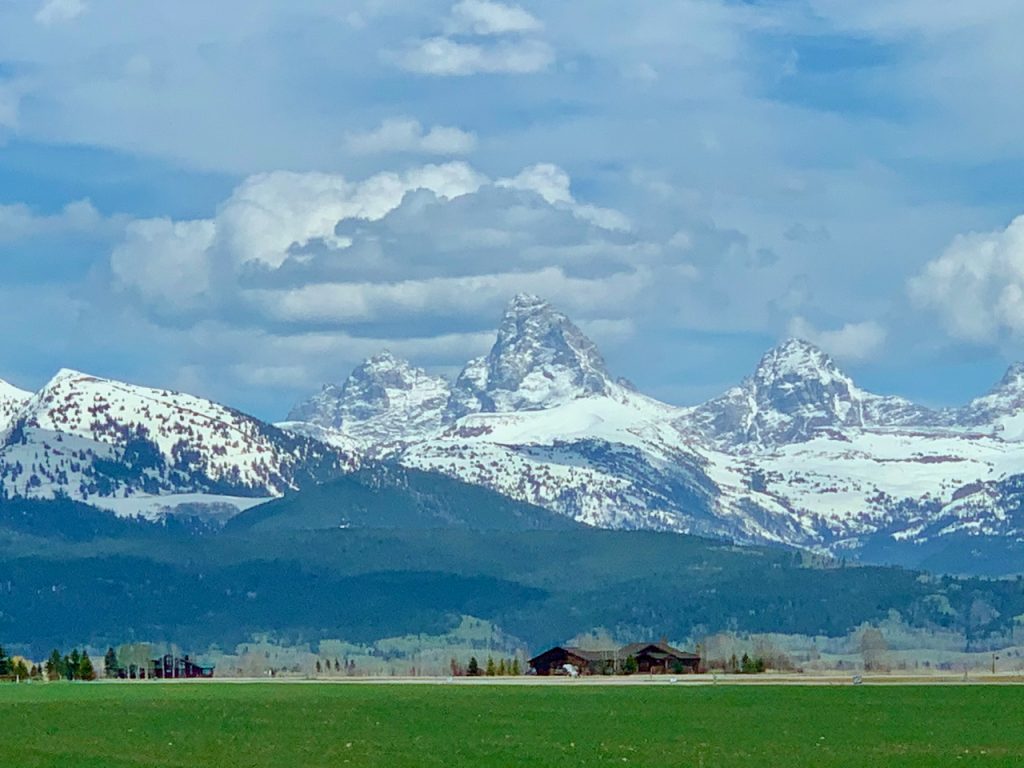 We were now on the other side of the Tetons but they still filled the sky to our right. 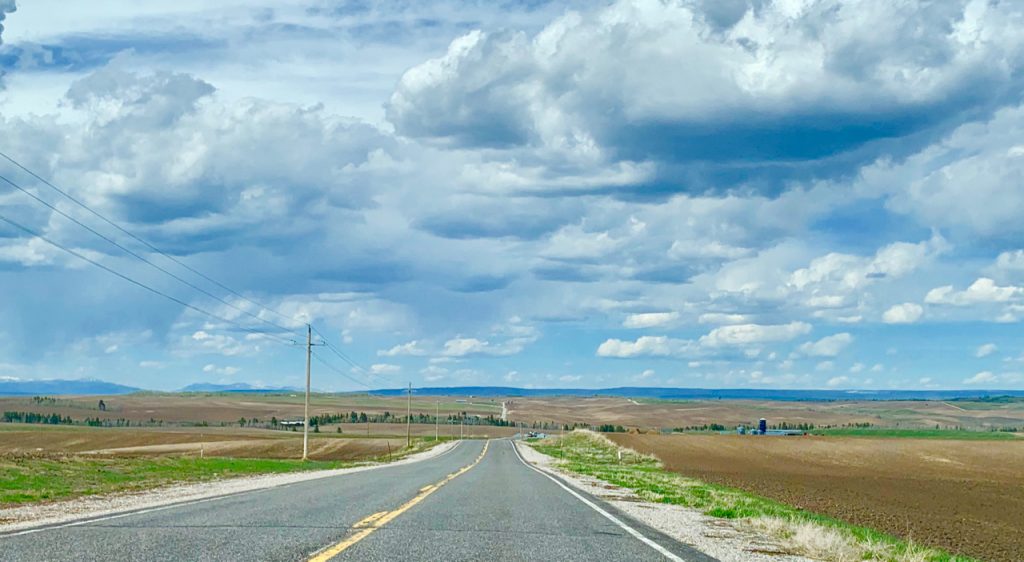 If you kept looking straight ahead across the vast plains of of mostly flat agriculture, The Tetons were gone. 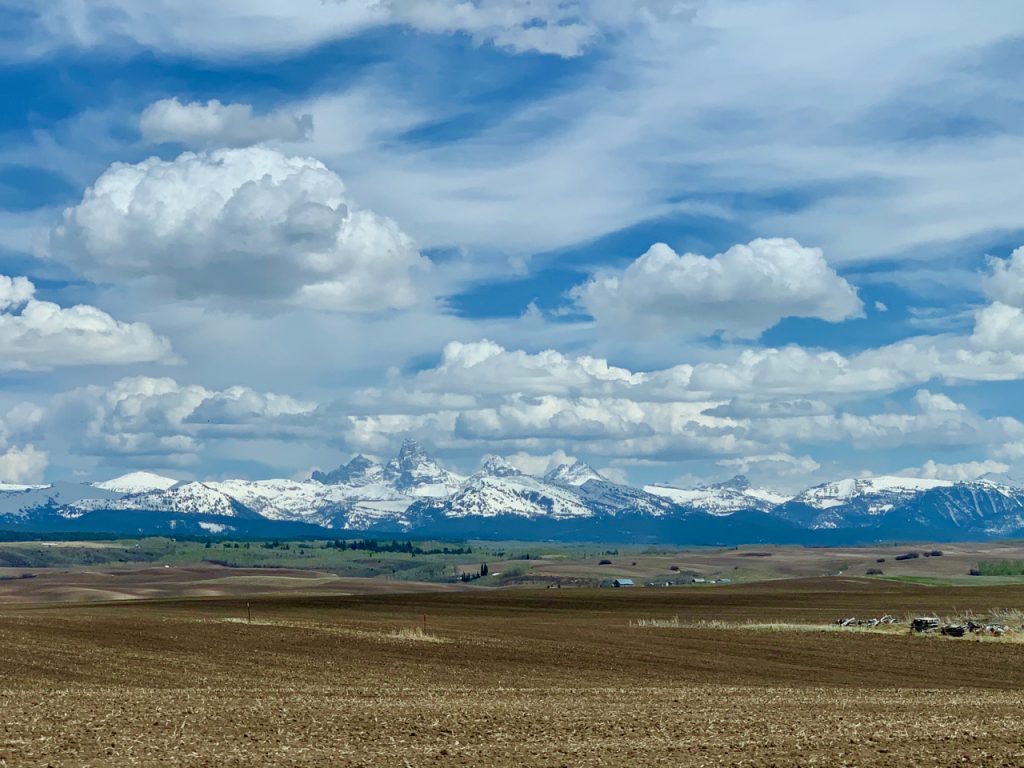 But still to our right, this 40 mile stretch of the Rockies, The Tetons, remained. 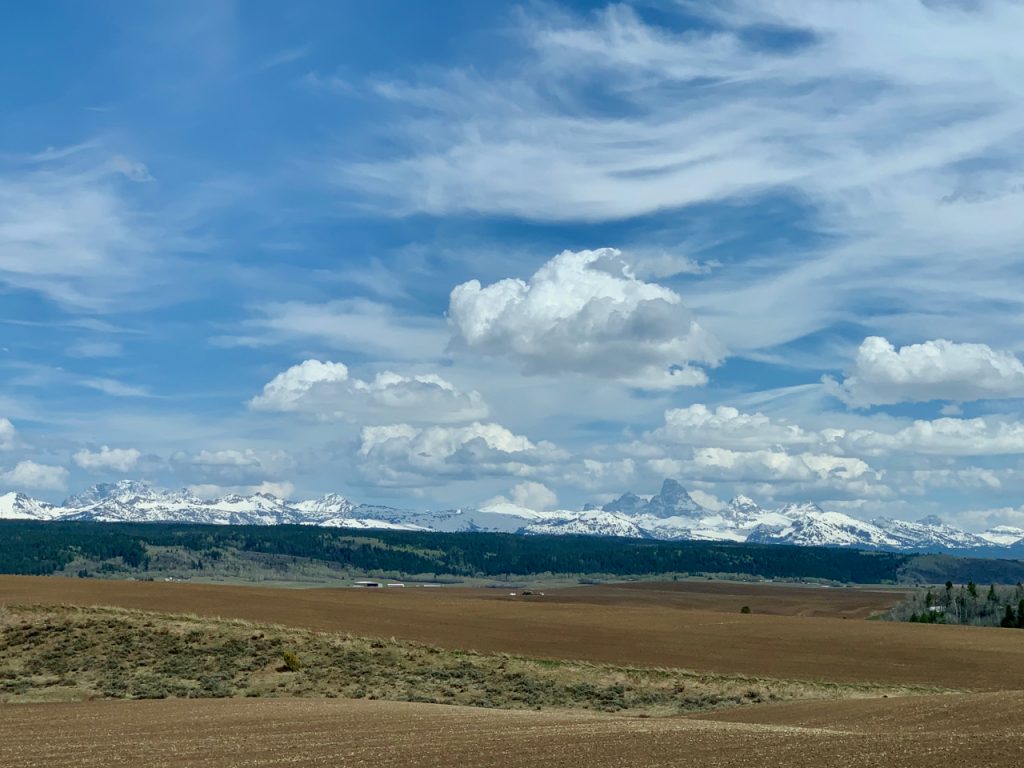 And then finally, after about an hour, having driven those three sides of a square, we turned away and headed up Route ’20’ towards Montana.

Fringed with pine trees the road climbed up again as we passed through the Targhee National Forest. 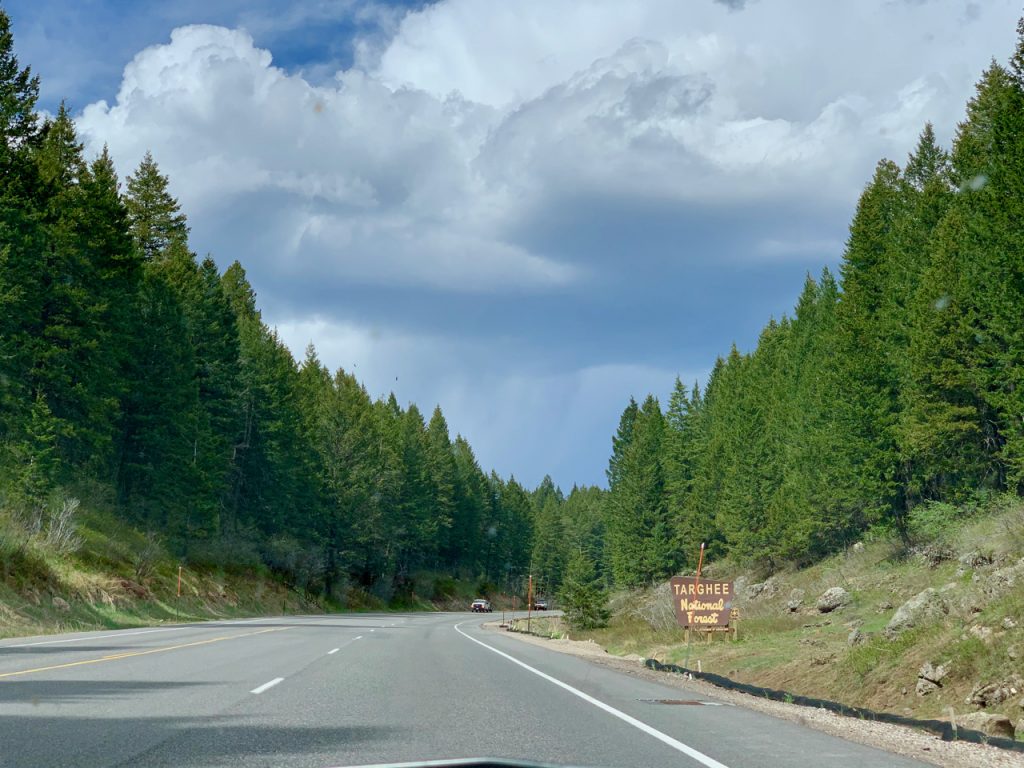 We hadn’t quite reached  Montana but we knew we were close….. 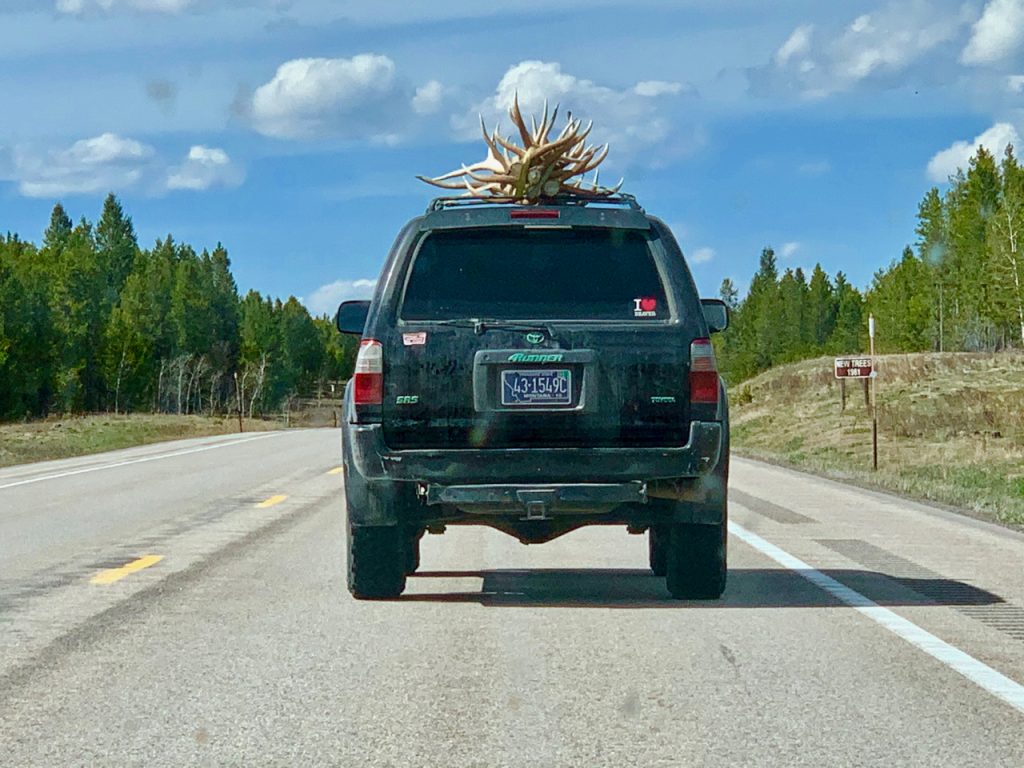 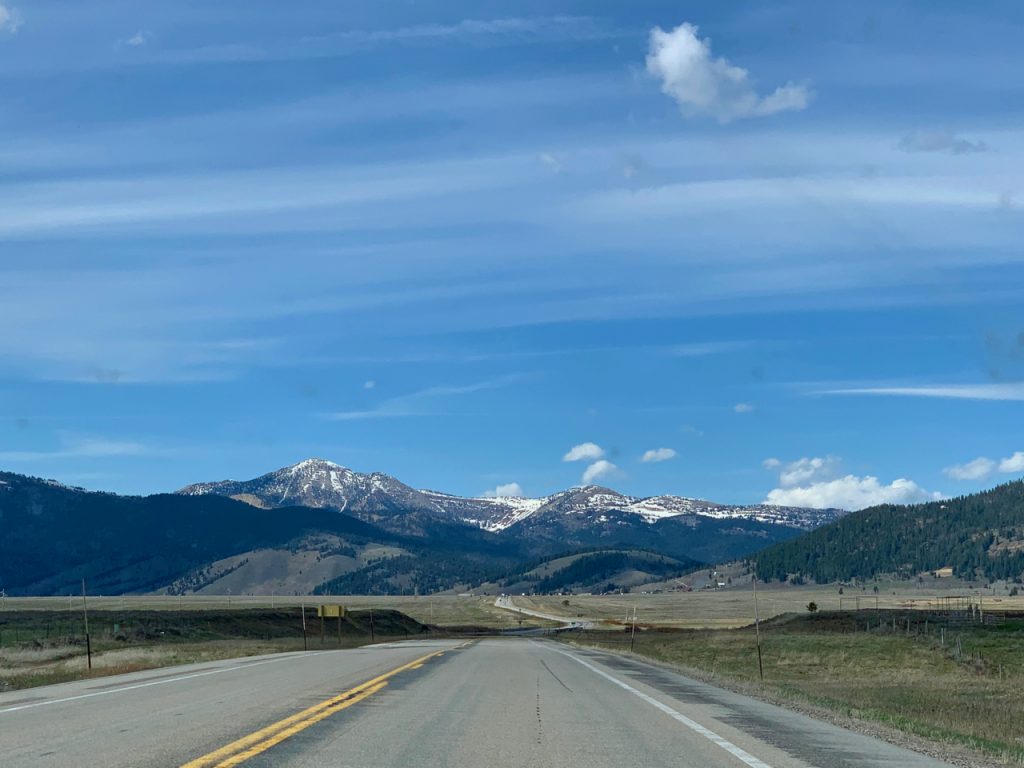 and just between those hills was West Yellowstone where tomorrow our adventure would continue…. 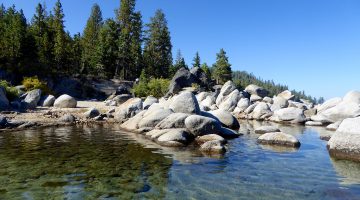