Motorcars, aeroplanes and boats, they nearly all have an engine so it is no wonder that the men in my family love to watch them perform, love to perform in them and love to tinker and polish…particularly the cars! This summer we have admired Concourses in Carmel and racing at Monterey, we have soared through the skies over California and watched the Reno Air Races, as pilots compete to be ‘the best of the best’. We have accelerated over the rippling waters of Lake Tahoe in a speed boat and admired the team work and skill at the thrilling sailing competition which is the America’s Cup, battling for the 34th time in the stunning San Francisco Bay.

Concours d’ Elegance in Carmel
A collection of impressive cars gather together each year to pose and be admired, at various Concourses in Carmel and Pebble Beach, California, all paying homage to the wonders of the automobile.

Type 24 Mercer, the first American car to win an American Grand-prix in 1914 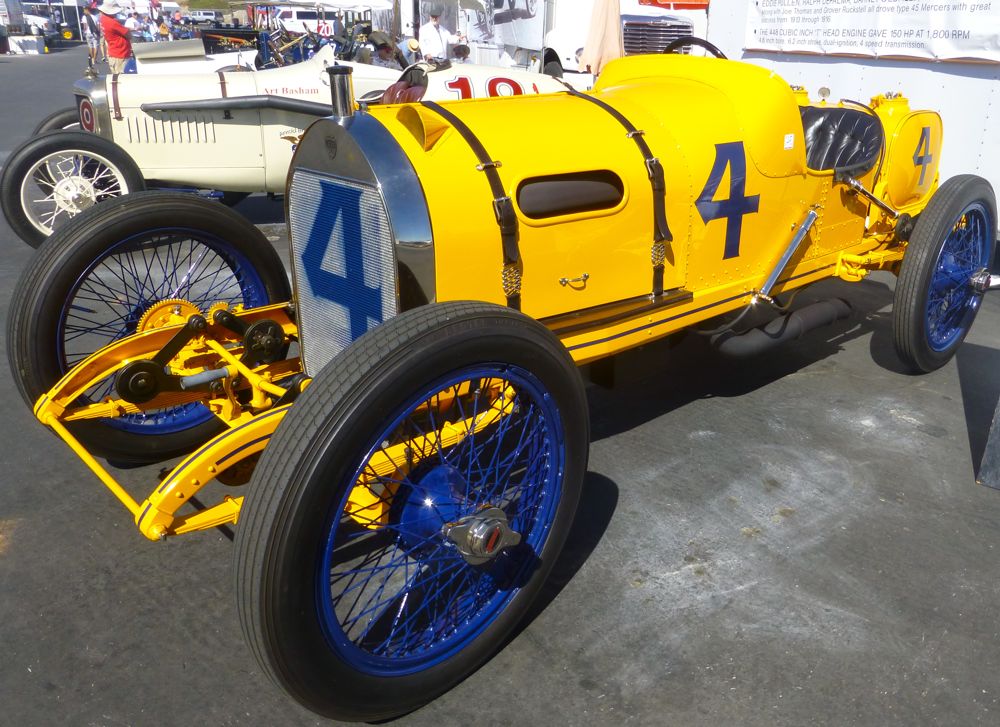 An Aston-Martin Le Mans winner from the 1980’s 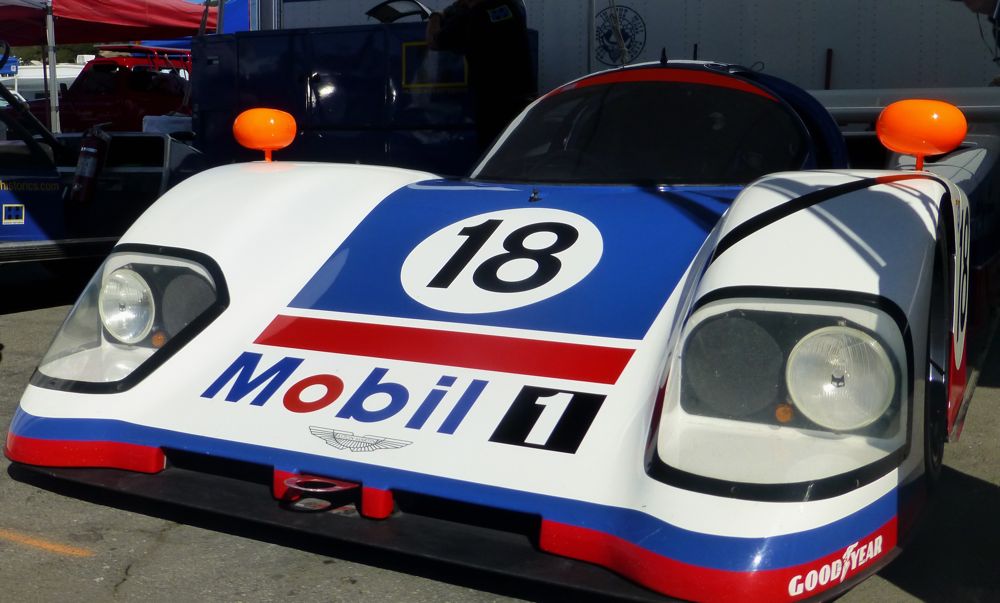 50 years of the Porsche 911
In Carmel we joined Porsche in the celebrations for 50 years of the ‘911’ Porsche, a particular favourite in this household! This 1967 ‘911’ was completing a world tour as the ‘911’ ambassador, traveling to 5 continents across the globe. 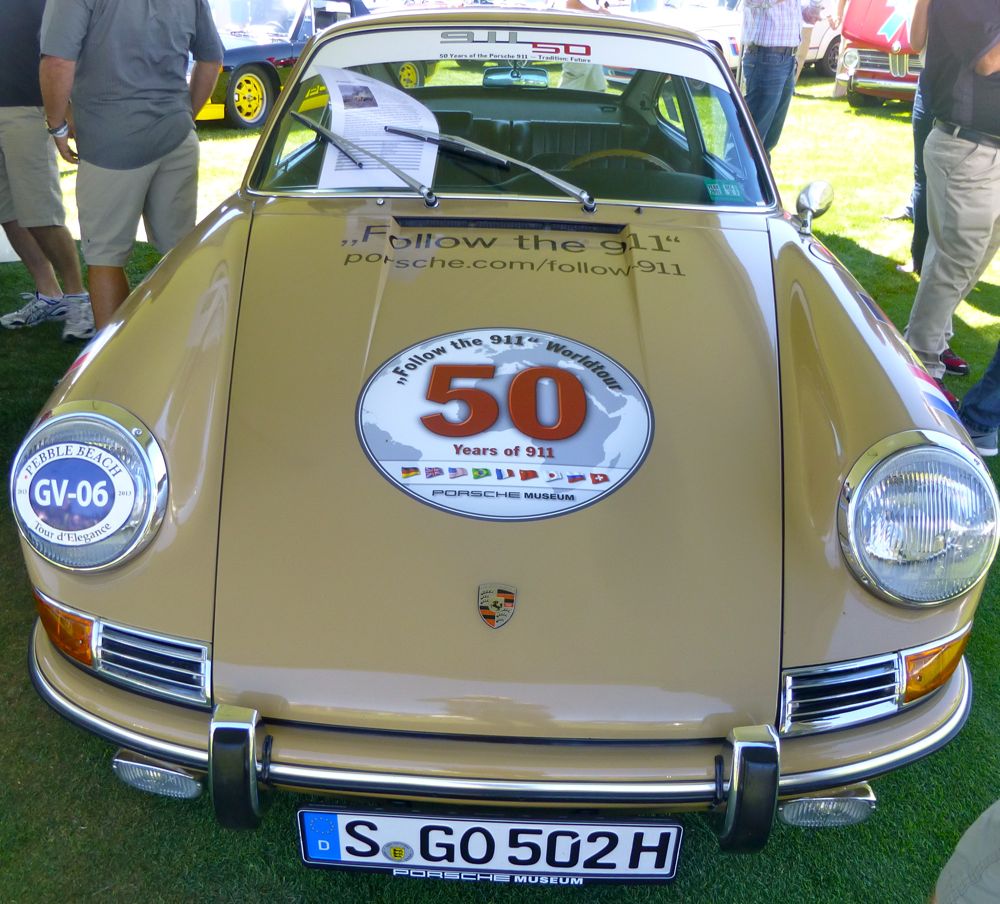 Danville Concours d’Elegance
We shared in the Danville Concours d’Elegance, a sparkling display of much cherished classic cars. This spectacular event celebrated racing hero Richard, ‘Dickie’, Green and was also an important fundraiser for Parkinson’s disease in memory of racing legend and 1961 American Formula One Champion, Phil Hill who sadly died of this terrible illness.
An early ‘station wagon’ Rolls Royce 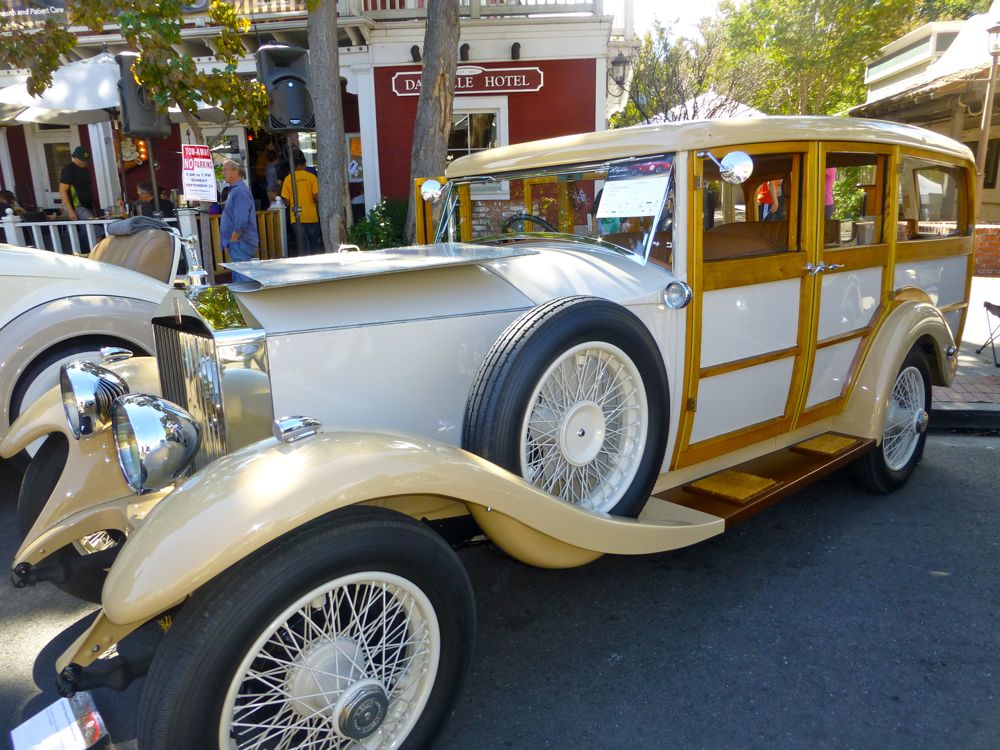 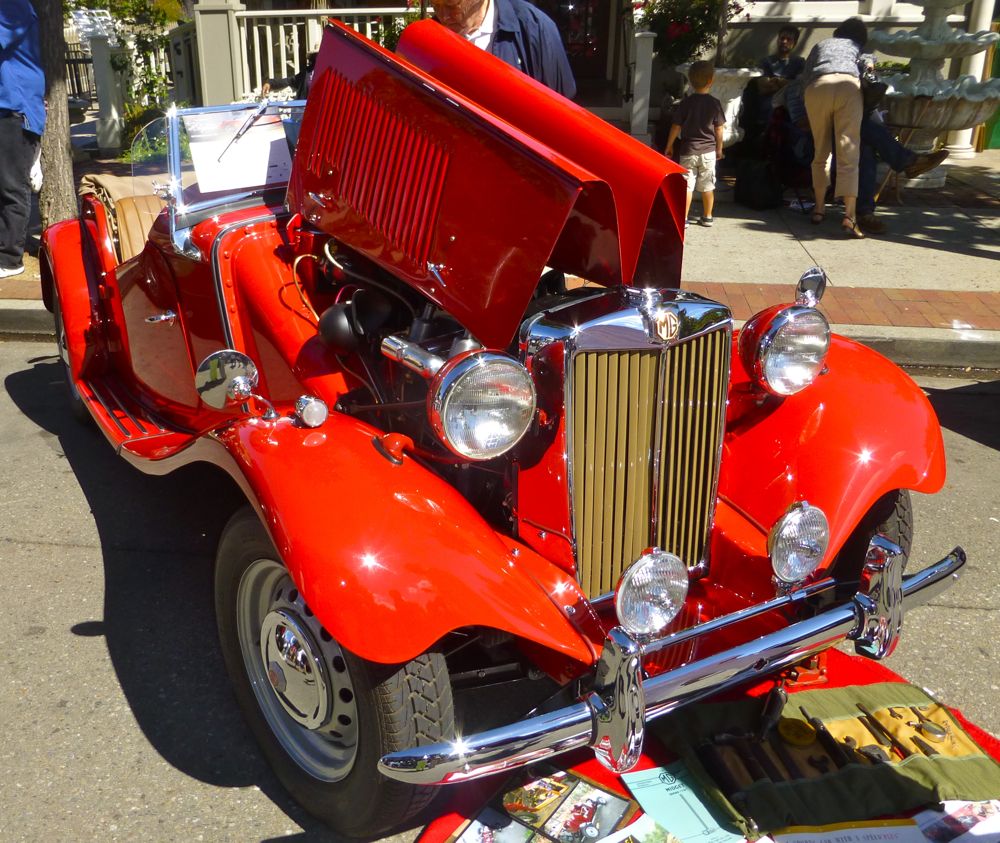 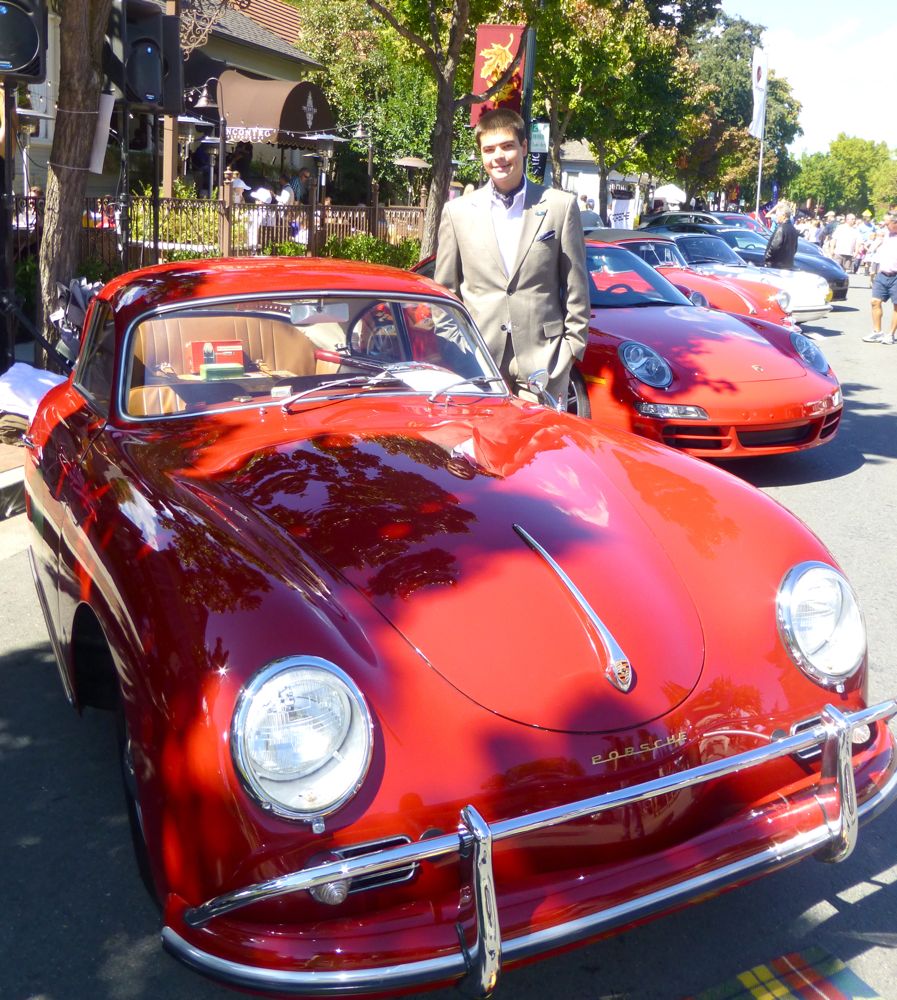 We also took to the skies. Historic moments were captured of the preparations of the opening of the new San Francisco Bay Bridge, a rare few days when no traffic traversed the span 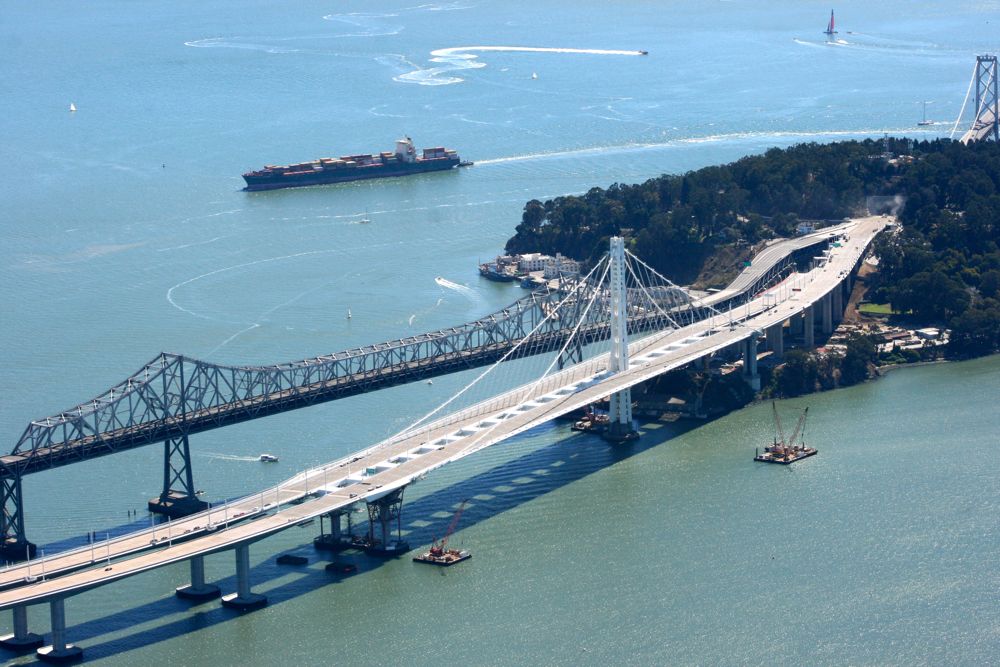 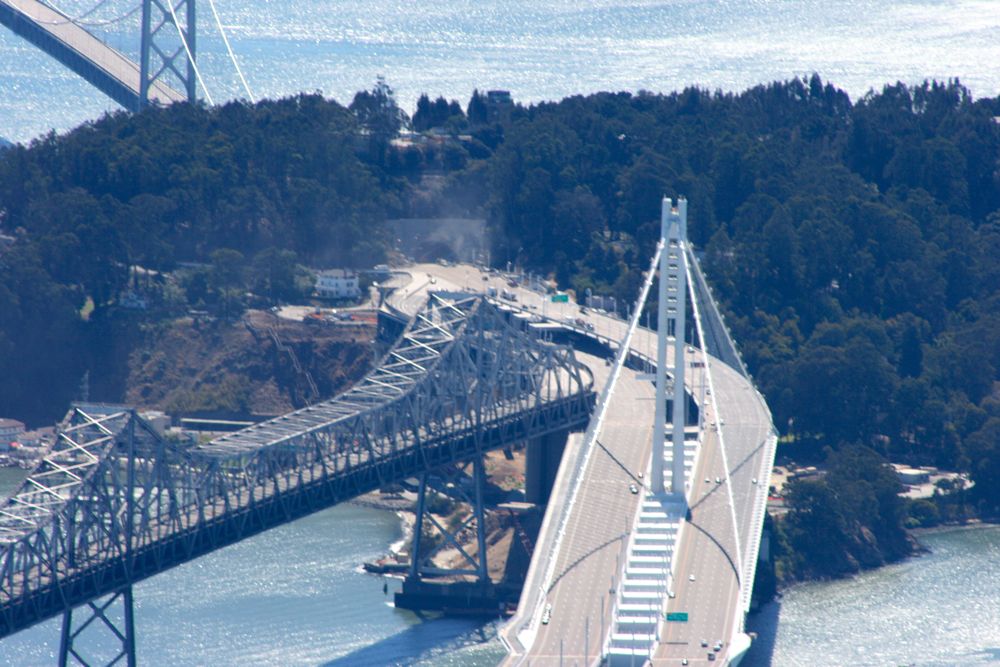 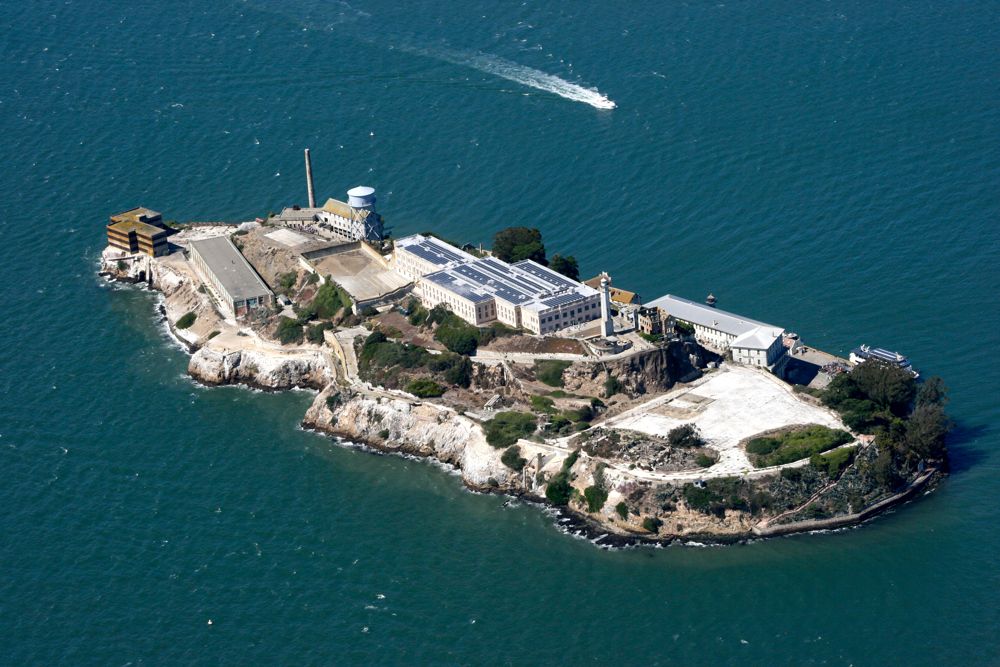 and the Golden Gate 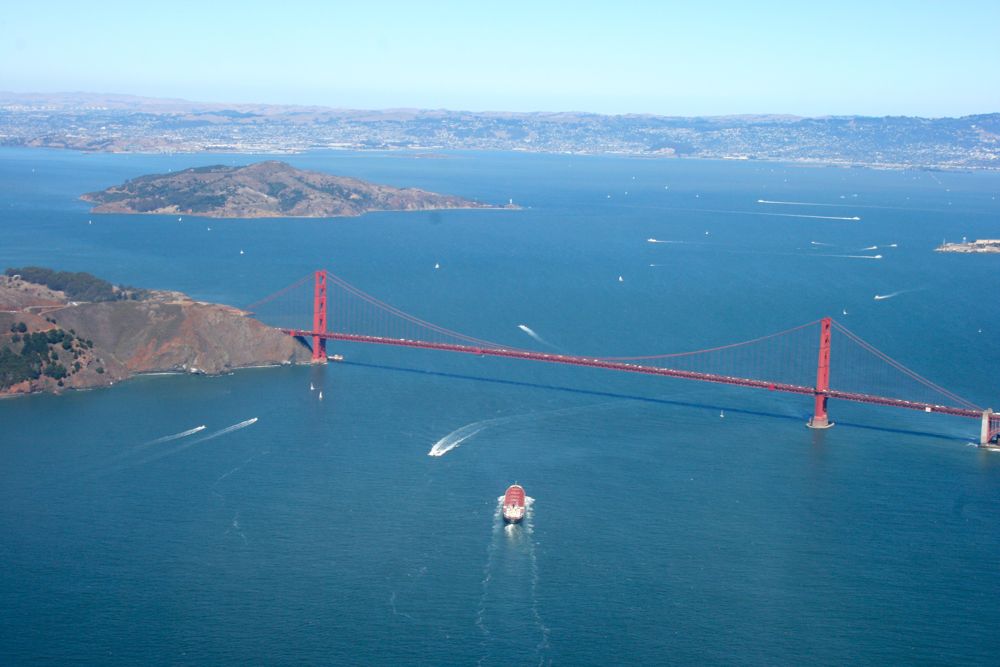 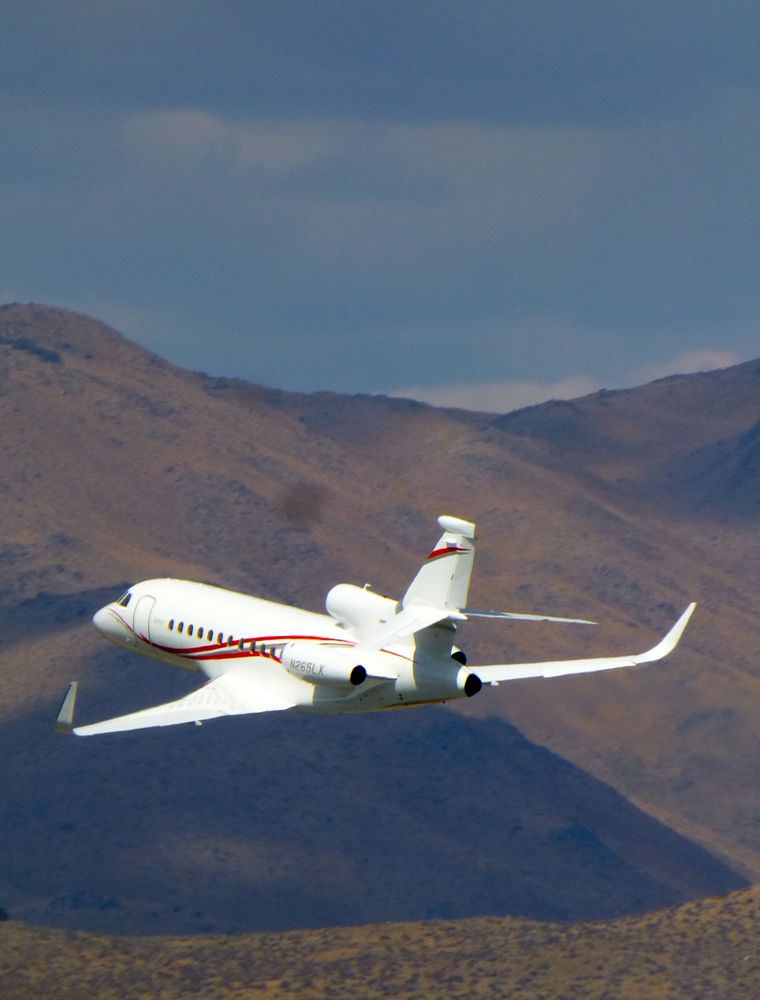 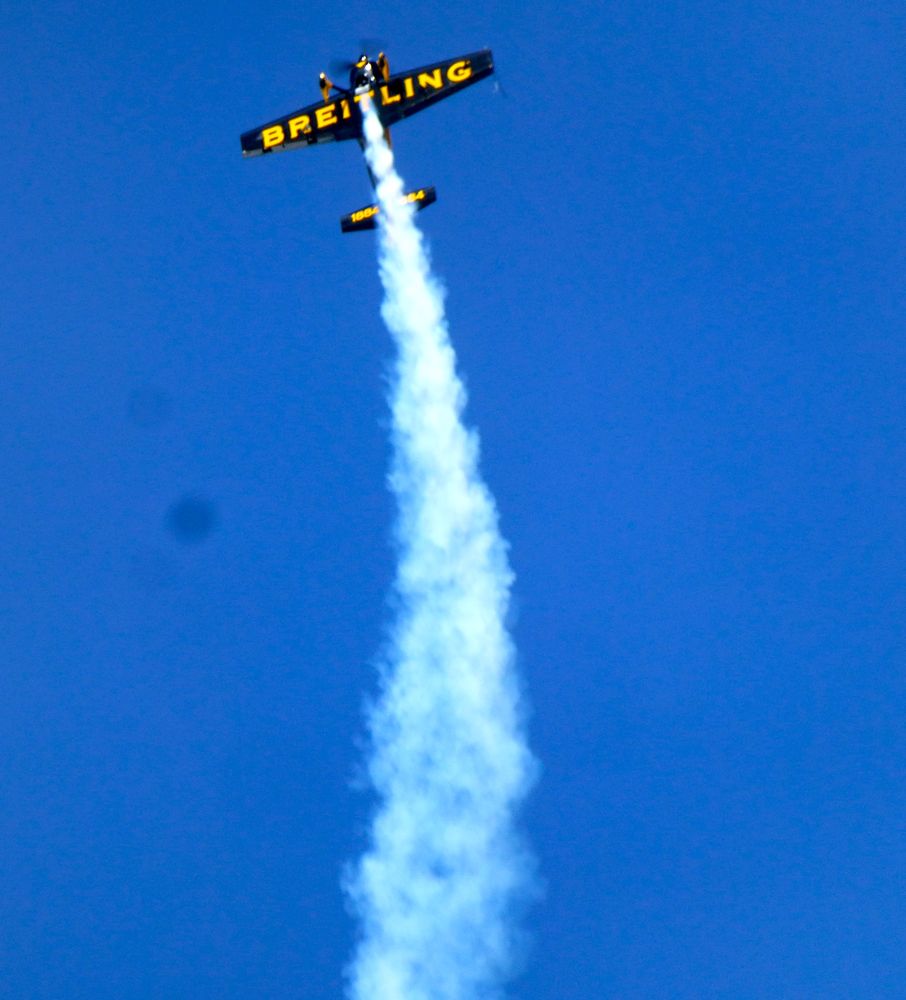 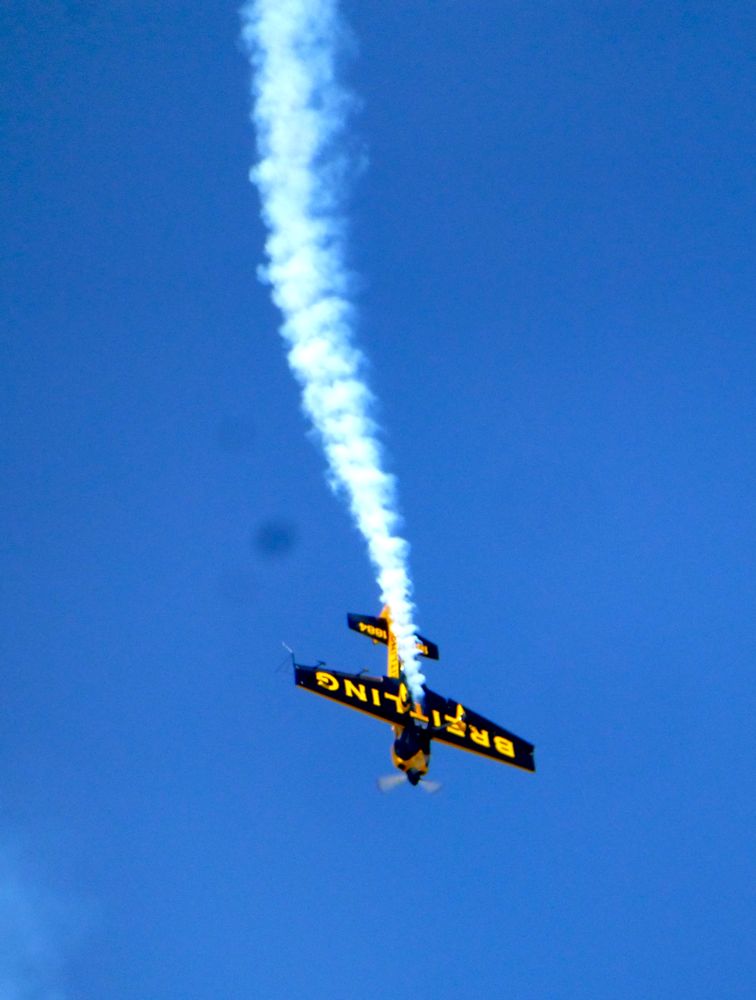 Incredible feats achieved by pilots testing their endurance and ability, racing 4 circuits between 4 pylons. The crowds gasped in awe as competition fever reached a pitch of unprecedented heights!
The Harvards in competition

Then there are the boats, which cannot be forgotten, especially this year as the 34th America’s Cup was defended in our very own ‘City by the Bay”!
Speed boats
We sped across Lake Tahoe enjoying glorious vistas of this stunningly majestic mountain fringed water. 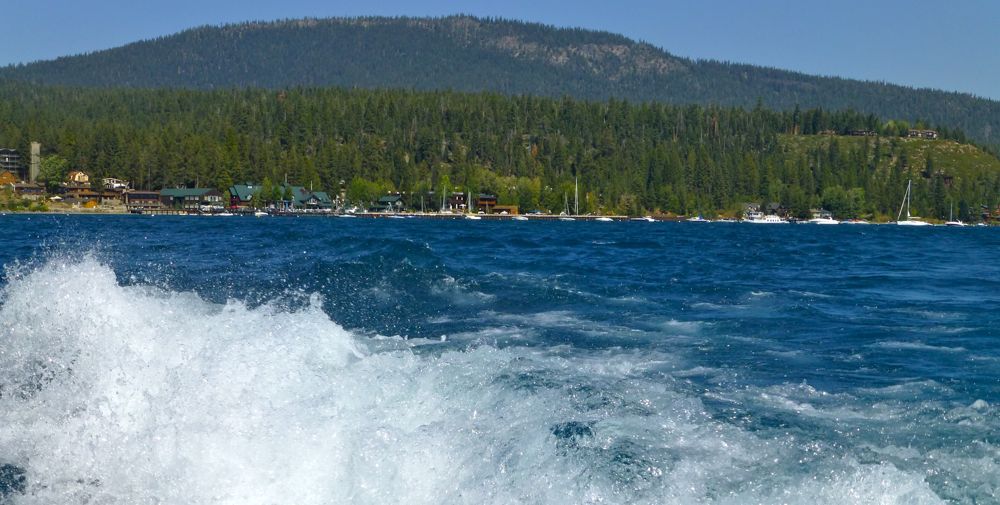 Whether flying through the water in the boat or on water skis with the air rushing passed you face, you are exhilarated by the sheer natural beauty surrounding you. 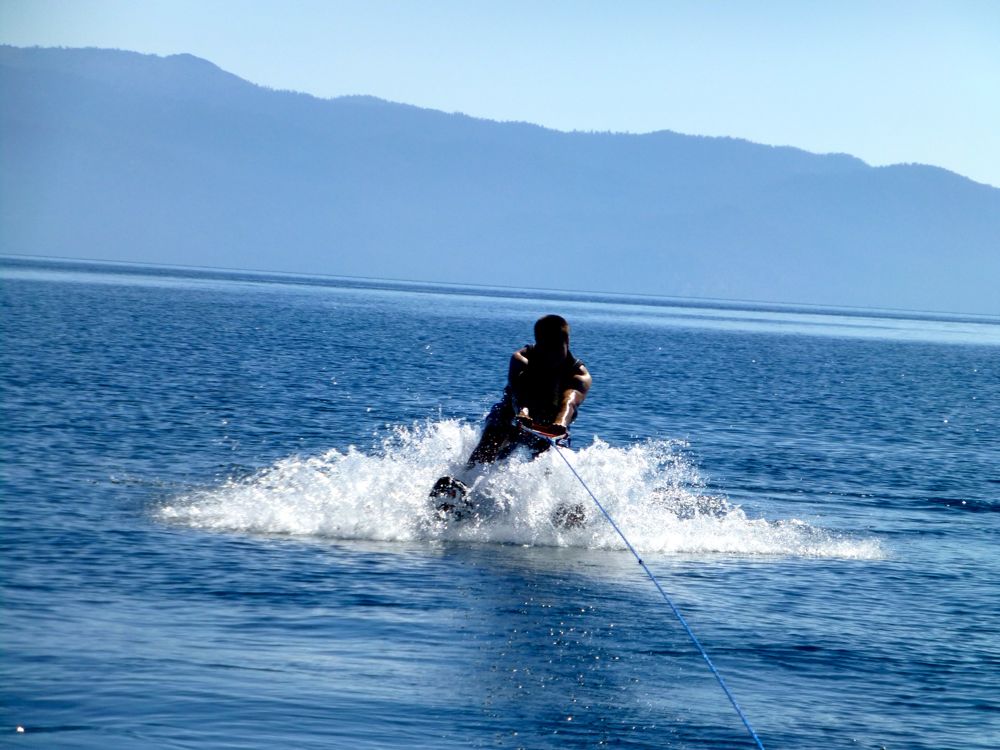 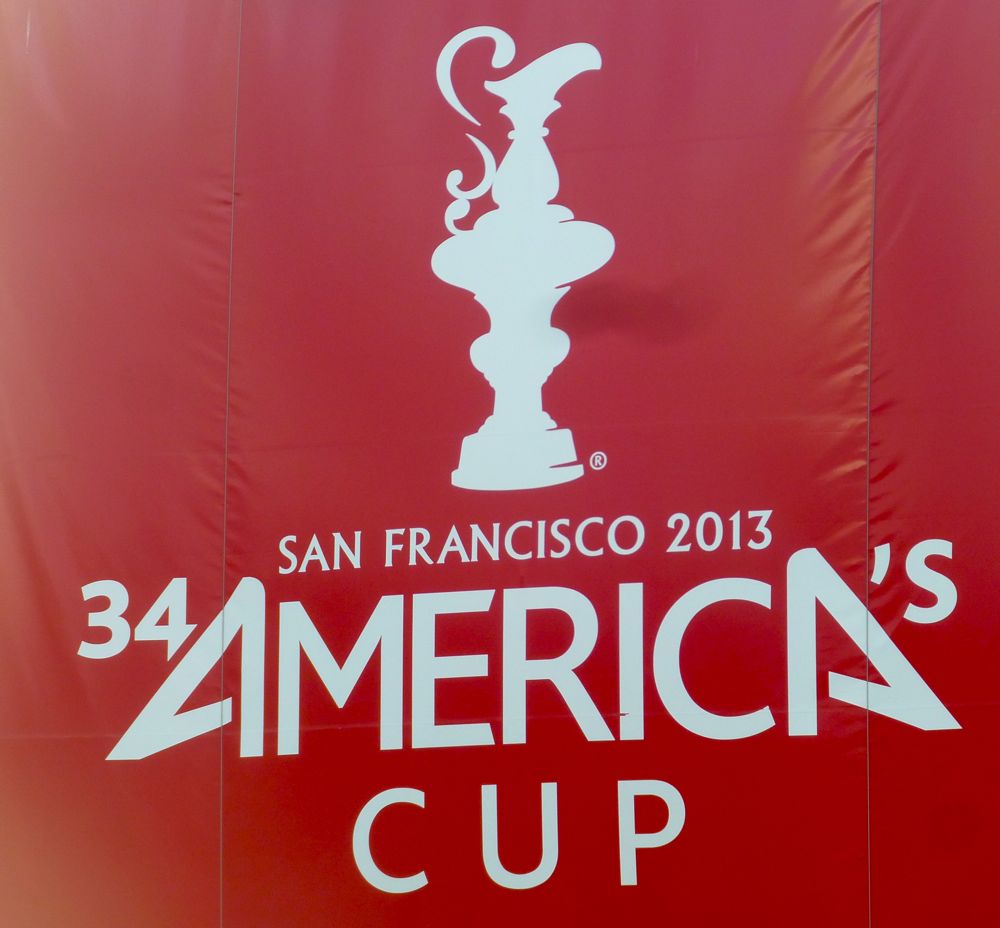 This summer too has seen the excitement and thrill of the 34th America’s Cup in San Francisco.
Competition at its peak! The skill and enthusiasm of each crew working as a tightly wired team to be the better than the rest!
Tipped to be beaten by the Kiwi’s Team New Zealand, the local American Defender, Oracle, held the crowd spellbound. 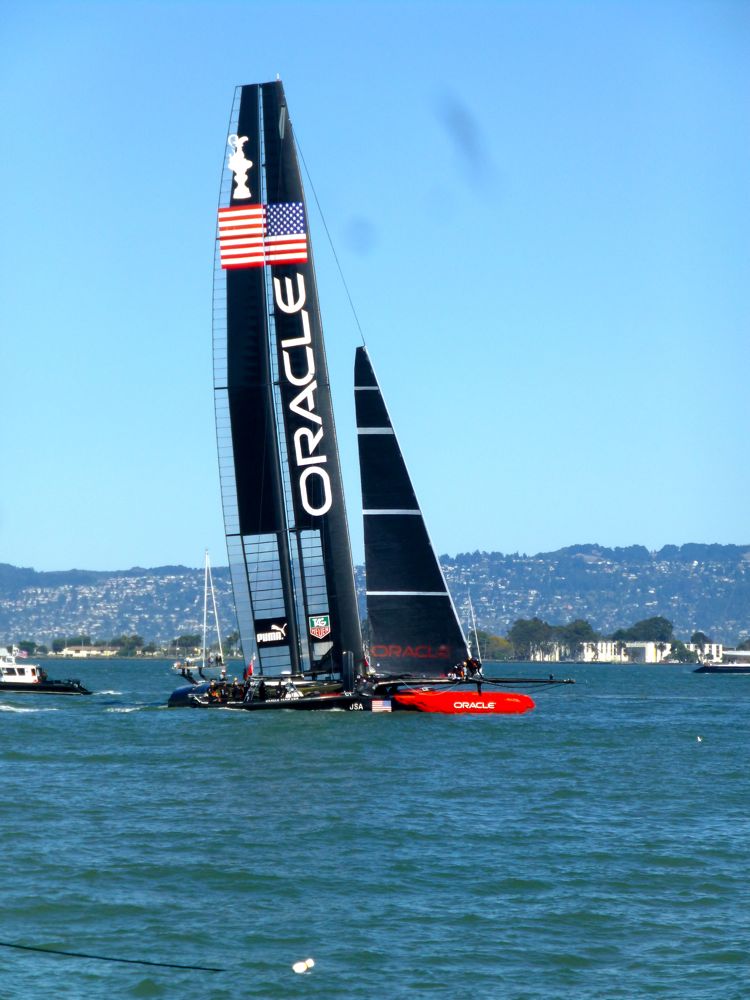 The race winner is whoever wins nine competitions first and with Oracle down 1:8 at one stage it appeared that their chances of victory were slight against the talented Team New Zealand. 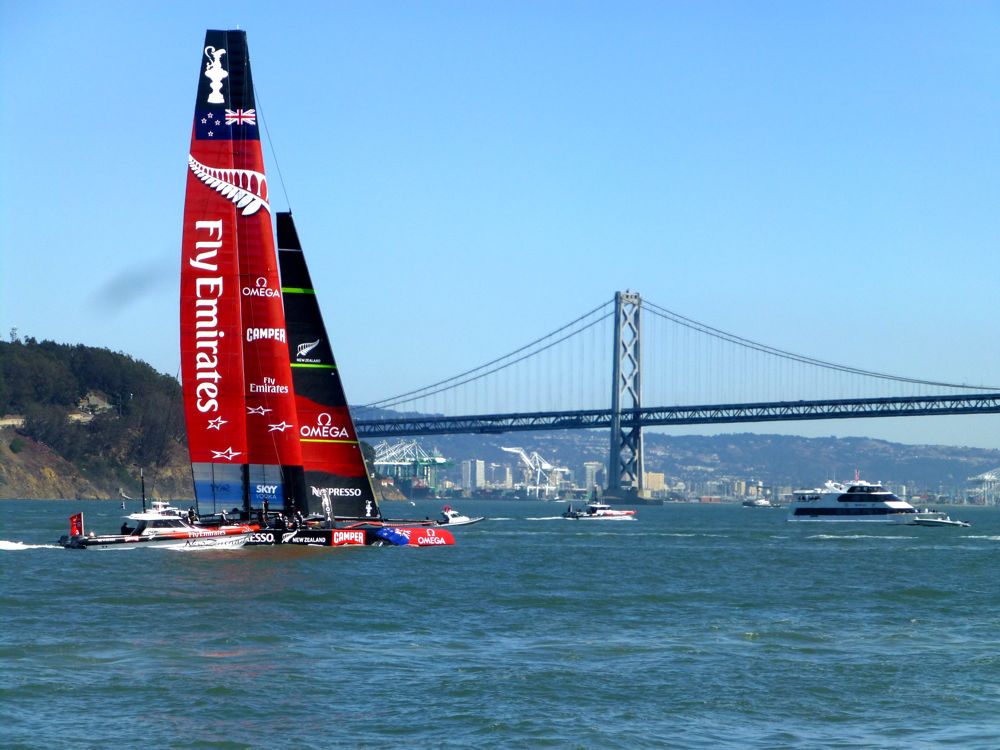 The atmosphere was electric, as these superb, sleek craft navigated the elements against the glorious backdrop of San Francisco in the shadows of the Golden Gate Bridge. Despite the Challenger’s (Team NZ) valiant efforts and their seemingly unbeatable lead, it’s never over until its over! Oracle successfully fought their way back, day after day keeping the competition alive until the very last race which they won resoundingly to retain the America’ Cup and remain the Defender!
Team USA, Oracle crossing the finishing line in victory!

An ecstatic crowd, waved flags and cheered, almost tumbling over the quayside. Returning from a seemingly impossible position the crew of Oracle, Team USA, sped passed their thrilled supporters, hugging each other and smiling, how sweet is victory especially on your home turf!

It has been wonderful to be part of all these events and watch the avid enthusiasm of others, especially my boys My own joys might well derive from simpler things; my home, setting a beautiful table with carefully arranged flowers, cooking, entertaining or writing; but no matter what it is that lights you up it is always so infectious to be around others who have a passion. Passion is infectious it can fill you with excitement and optimism, making your day a happier and brighter one. Lucky me to be able share in all of this with the ones I love!

San Francisco – ‘The City by the Bay’ – Travel Guide 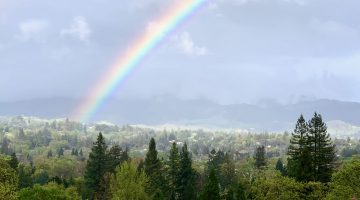