Roussillon the ochre jewel of the Luberon

As you approach Roussillon, the earth around you changes to a rich, vibrant, blood orange, the colour of flame, immersing you in one of the largest natural ochre deposits in the world, no wonder Roussillon is high on the list for every Luberon tour.

This tiny town is poised dramatically on a dominant burnt cinnamon ridge, canopied under a cornflower blue sky and nestled amongst velvet green pines, a spectacular mirage of contrasting shades. It’s as if nature has collected an artist’s palette of flamboyant colours and splashed them here upon the earth and the architecture throughout the village. 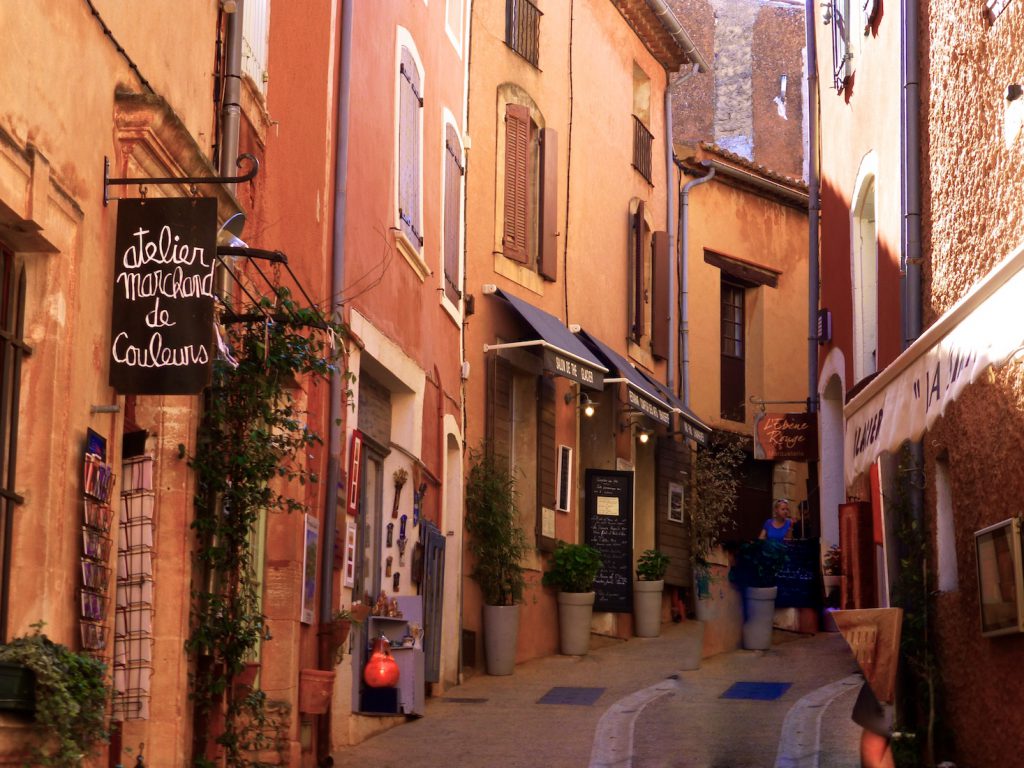 From the late eighteenth century, when the demand for rich, vibrant colours in the textile industry was at its peak, up until the 1930’s, Roussillon’s quarries employed thousands to mine their ochre deposits. Once mining was forbidden, to protect the area’s degradation, the area returned to farming; vineyards, fruit orchards and melons, much of which is used today for crystallized fruit production in nearby Apt.

You can learn about the ochre at the ‘Conservatoire des Ocres et des Pigments Appliqués’, situated in an old ochre factory.

It is still possible to explore Roussillon’s steep quarries and caverns. The most unforgettable being a walk through the dramatic Colorado de Rustrel, although be prepared to have your shoes and clothes covered in its ruddy dust! 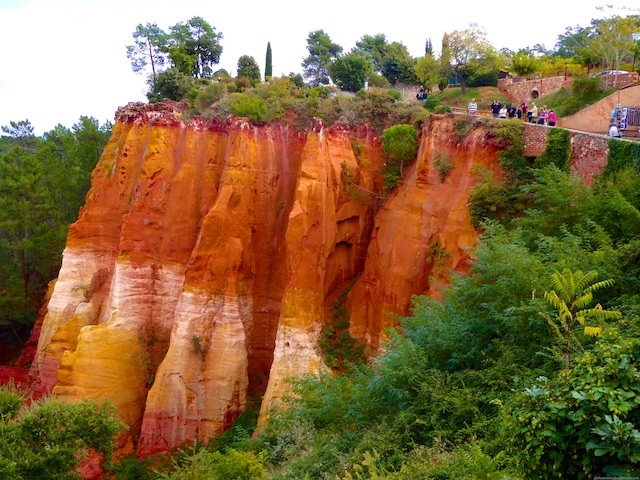 Roussillon is old, many neolithic artifacts have been discovered here and also roman from when the Romans mined the ochre from these hills. Wander its spiraling streets packed with art and pottery galleries.

The small central square is bulging with restaurants and cafes, there are many to choose from, the most upscale being Le Clos de la Glycine Restaurant David, whose dining room literally hangs over the valley below. 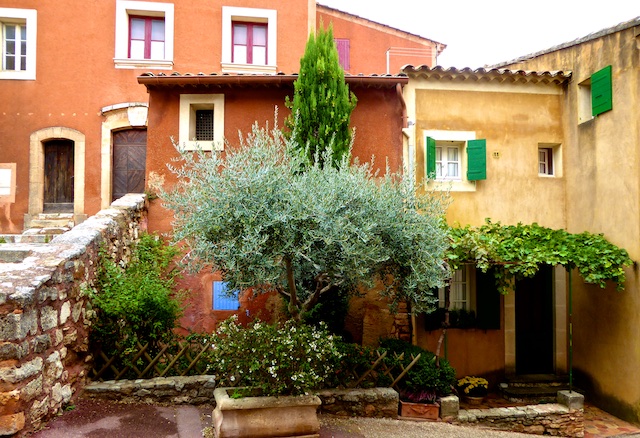 At the summit you’ll find the Castrum and panoramic views across the Luberon. Everywhere you will be encased by ancient, medieval buildings reflecting the local shades of mother nature. 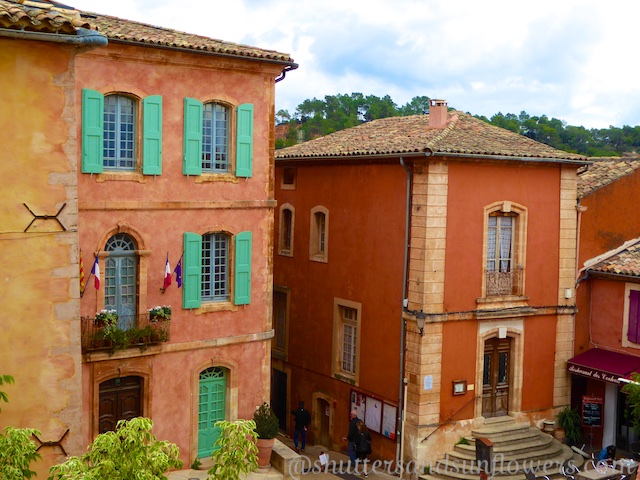 But where does gives the area’s golden pigment come from? Reputedly from the mineral, ‘goethite’, when several million years ago, Luberon was under the sea. There also exists a legend from the Middle Ages about a young girl, Sermonde, married to the Lord of Roussillon, Raymond d’ Avignon. On discovering Sermonde’s love affair with a local musician, Raymond cut the musician’s heart out and served it to the unsuspecting Sermonde for dinner. When Sermonde was told, she threw herself from Roussillon’s cliffs and the surrounding terrain has run red since and for eternity!

Believe what you wish, but whatever you do, don’t miss a visit to this stunning little piece of the Luberon. 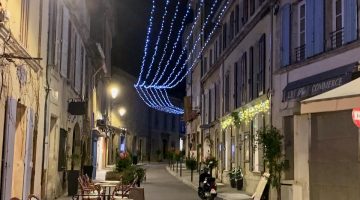