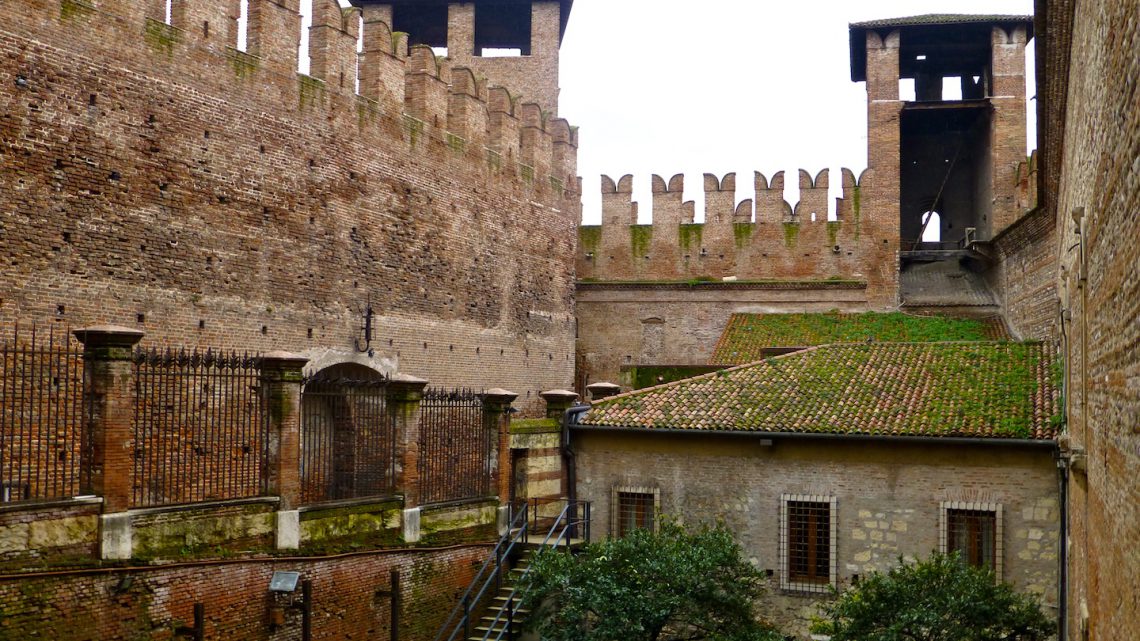 Verona’s Castlevecchio, captivates you as soon as you enter the city. It was originally a castle  ~ Castle of San Martino ~ and is now an incredible museum. It is home to a stunning collection of Christian art work dating from the Middle Ages until the beginning of the 18th century. The building itself is a ‘treasure’ to behold and is dominated by an enormous keep. It is situated next to the River Adige, across which one can still stroll, over the Pont Scaligero. The pont, with its three magnificient arches, like Castlevecchio itself, is a masterpiece of red brick work, not to be missed on a visit to this beautiful city, Verona.
The impressive drawbridge leads you into Castlevecchio’s entrance 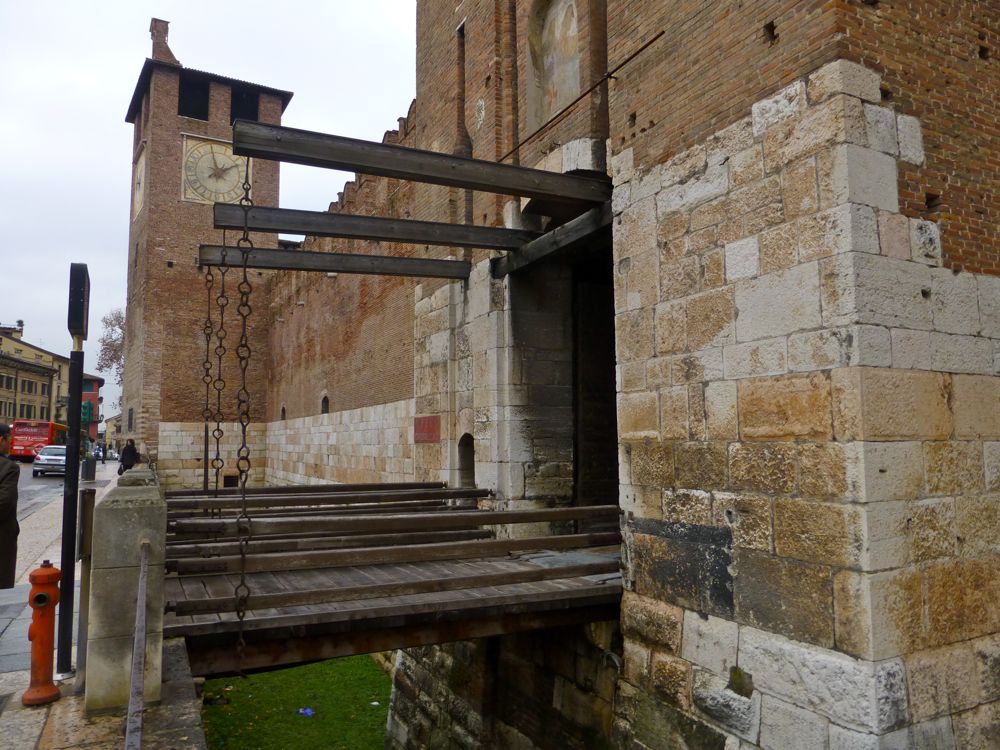 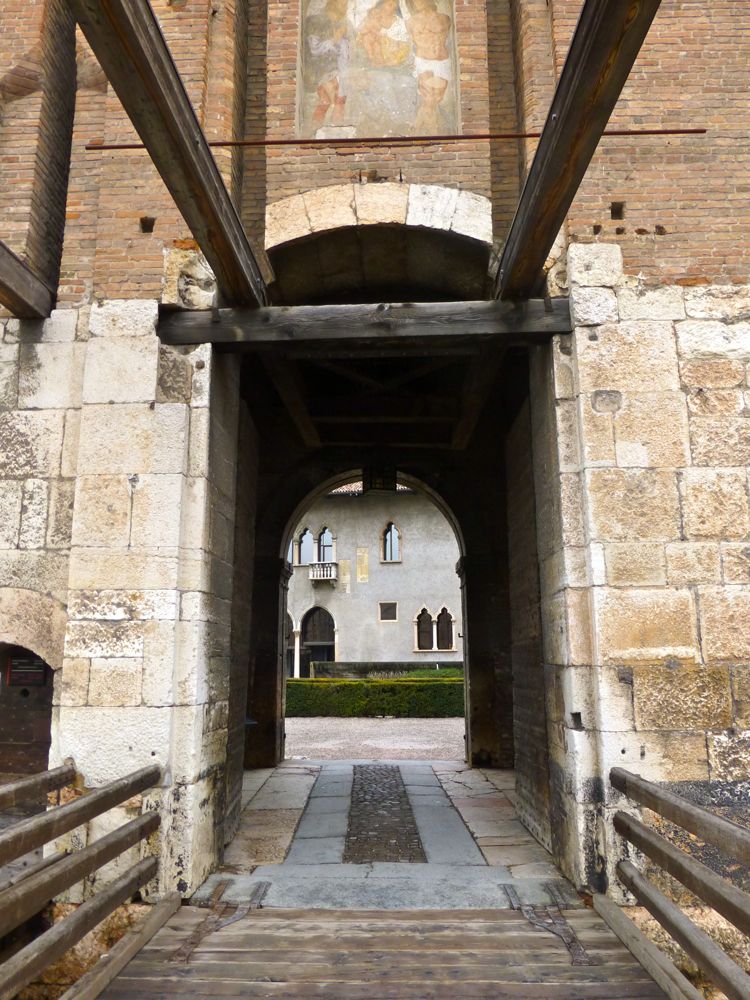 History almost exploding before you in the entry way 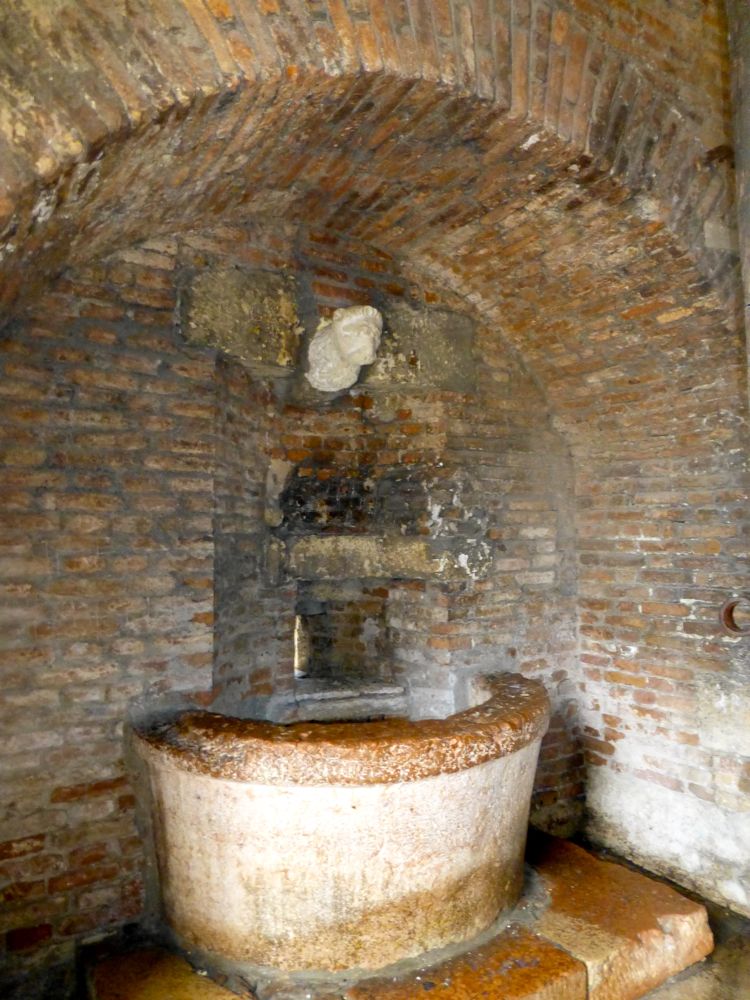 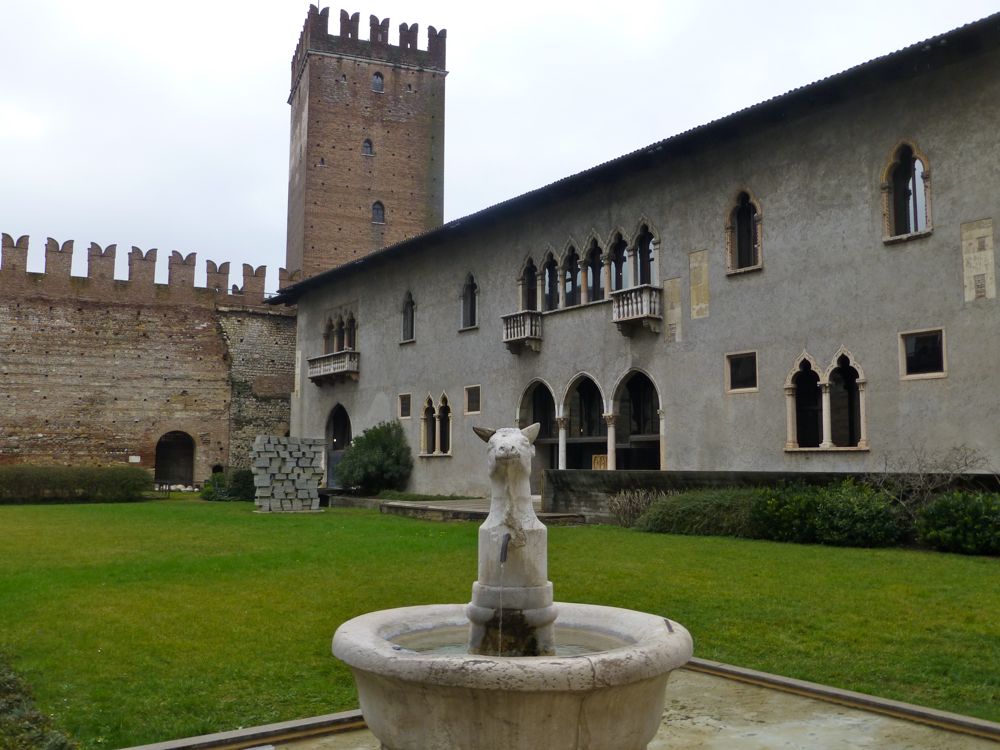 Some of the treasures in the downstairs Sculptor Gallery 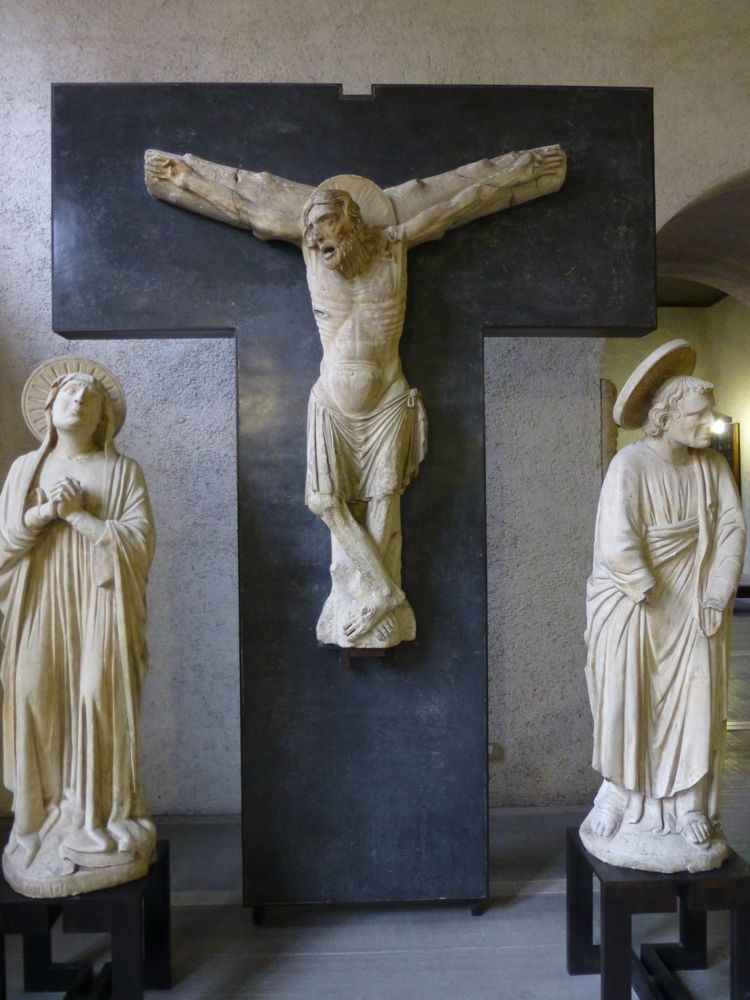 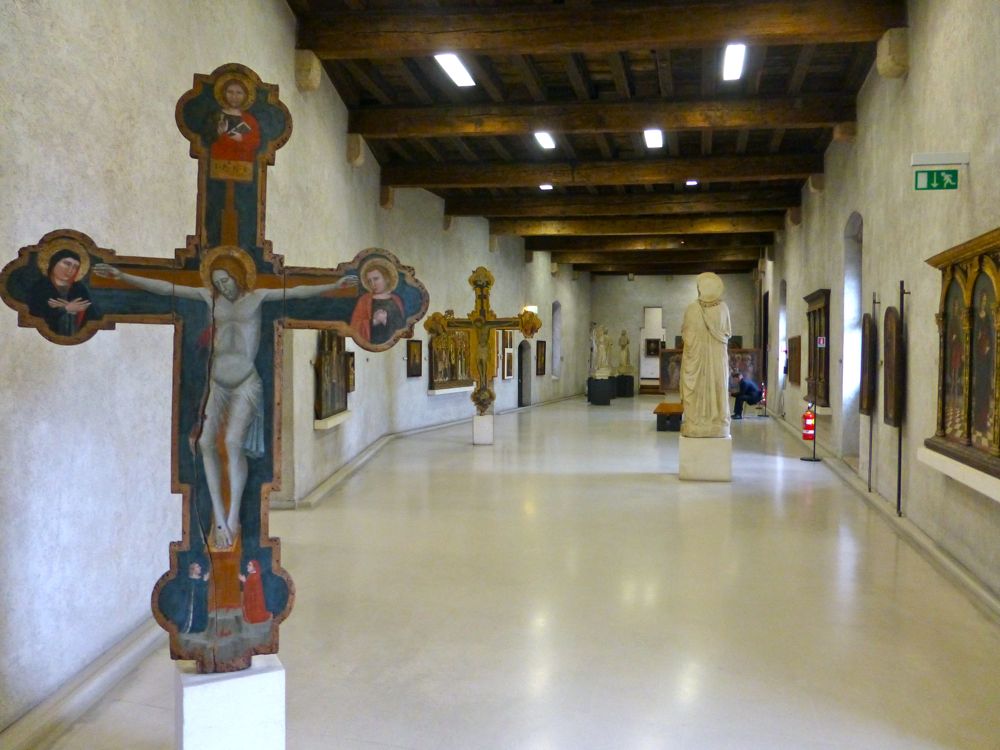 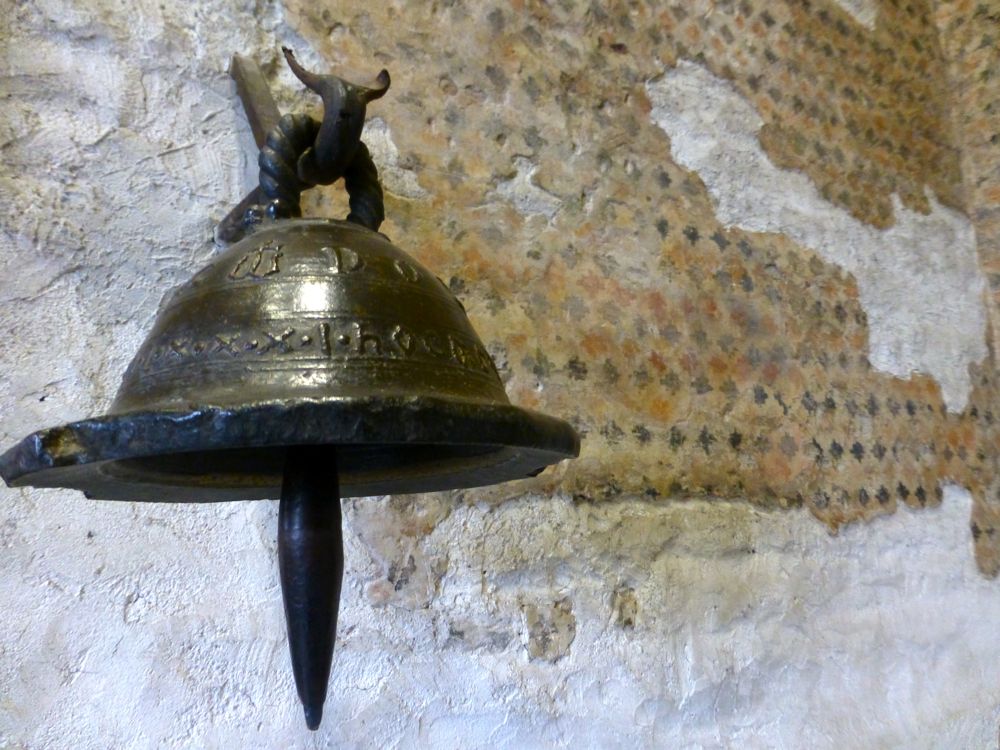 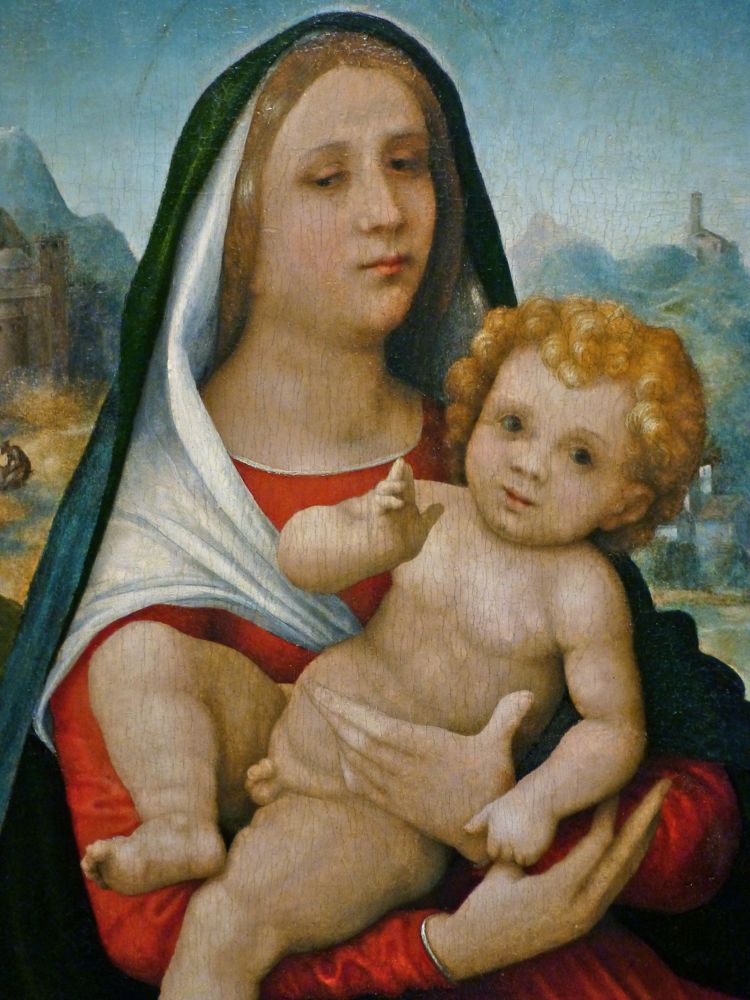 Too many incredible paintings to do justice to, dating from the 12th century through to this one in the early 18th century 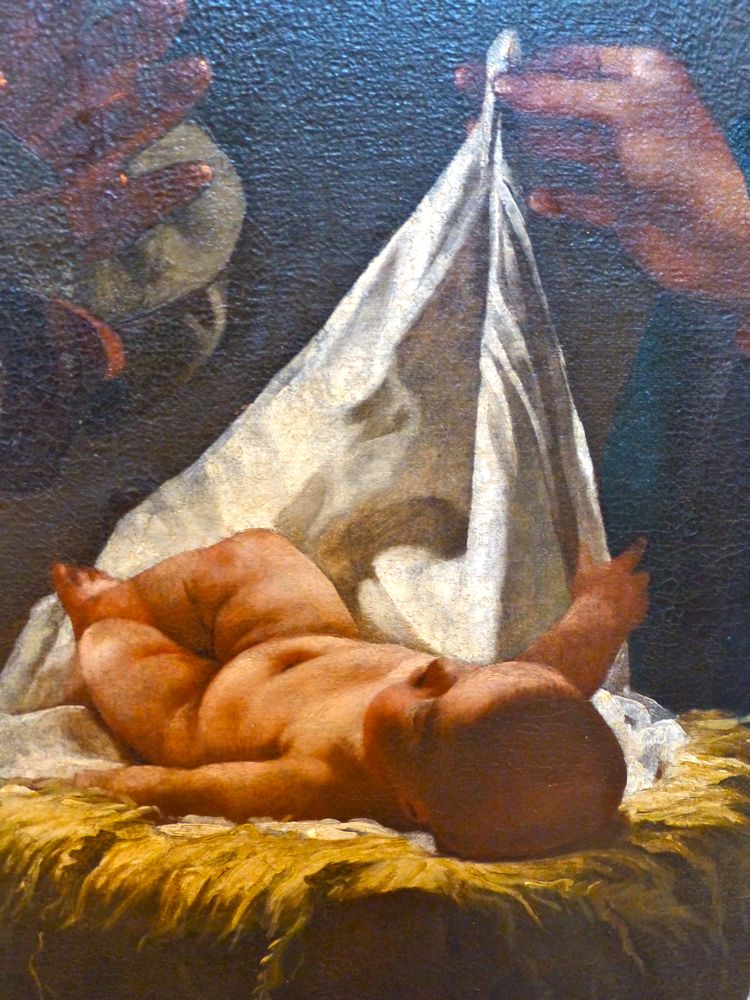 Outside exploring the remparts of Castlevecchio 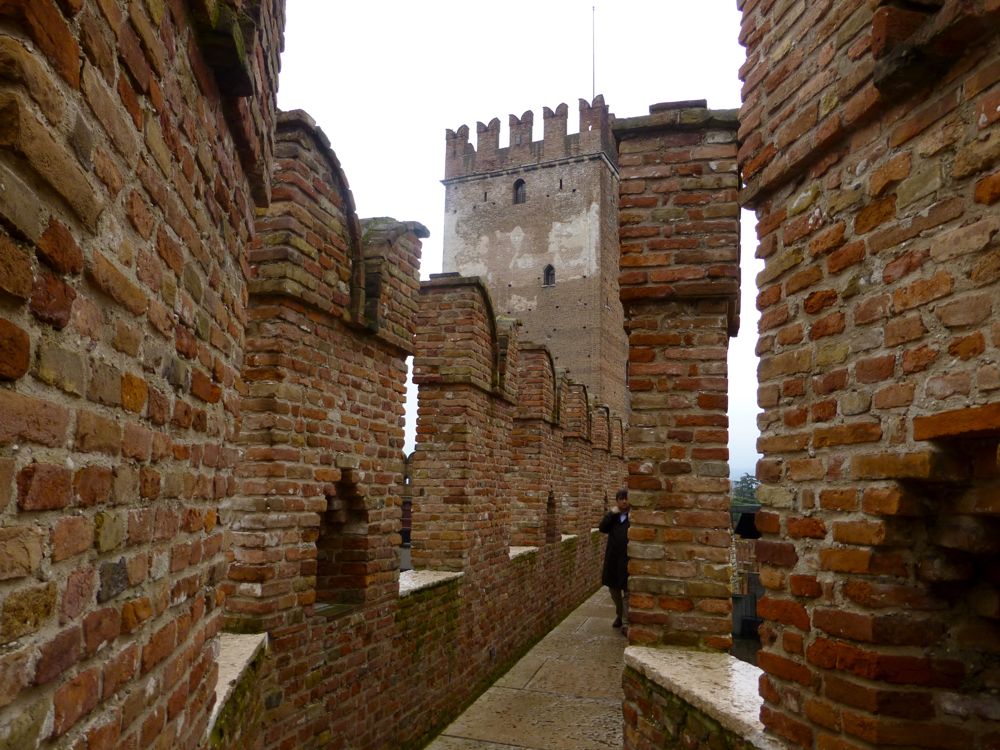 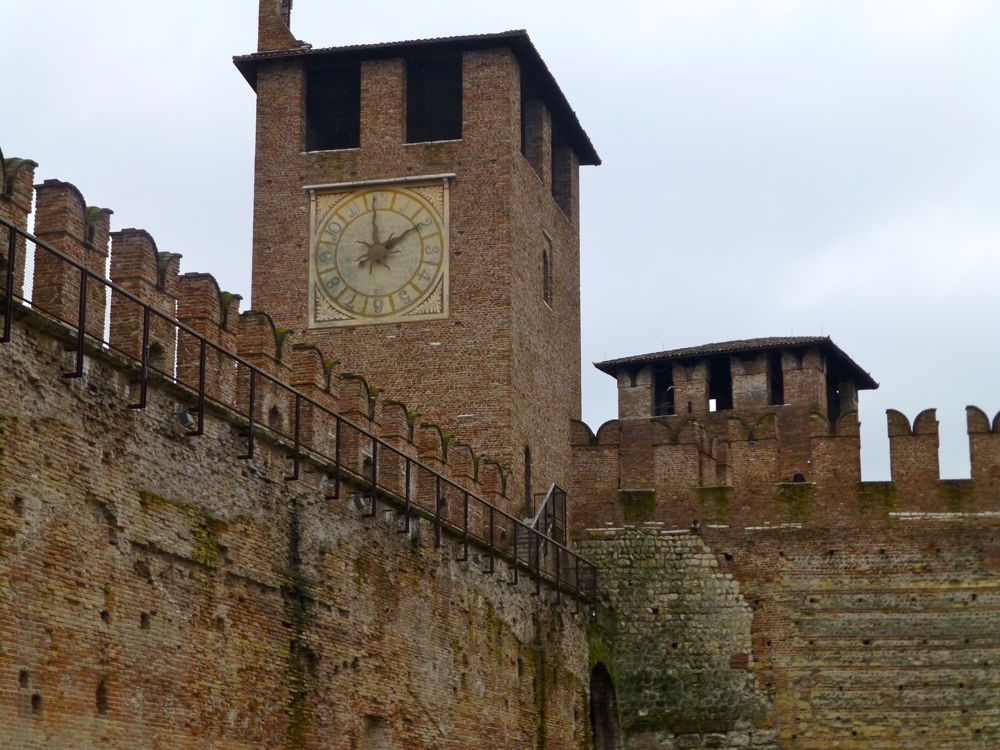 View of the Pont Scaligero from the ramparts. It was built around 1354 -1356, and in it’s time had the longest span in the world. The bridge was destroyed by the retreating Nazis in April 1945 but totally rebuilt in its original style by 1951. 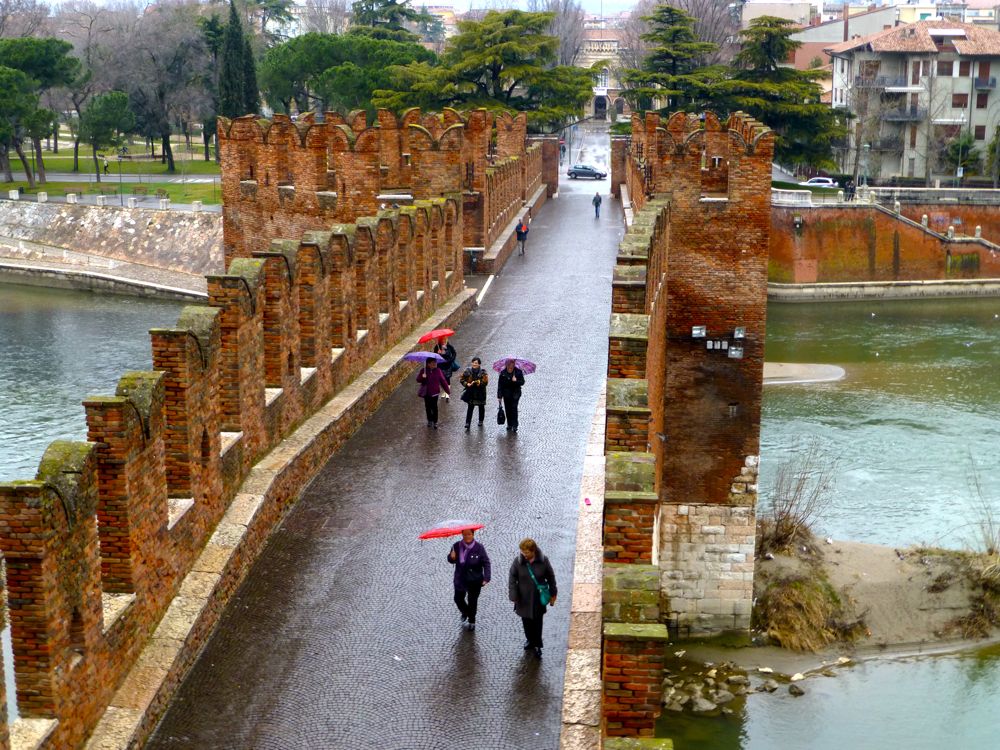 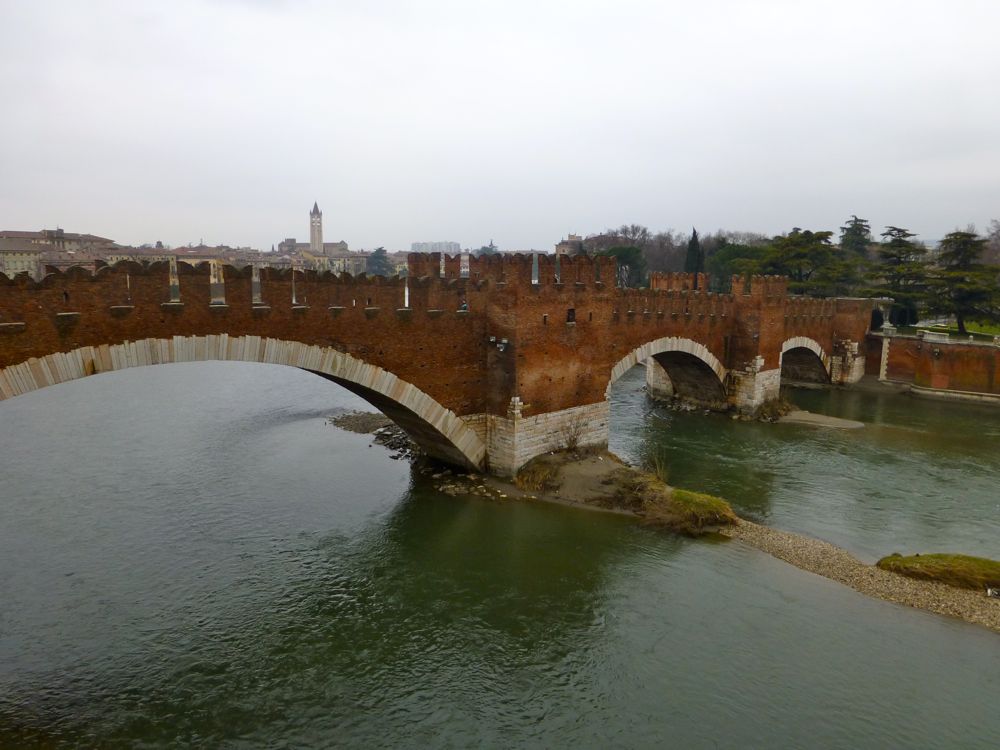 View of Ponte Scaligero over Adige River by Castelvecchio, Verona 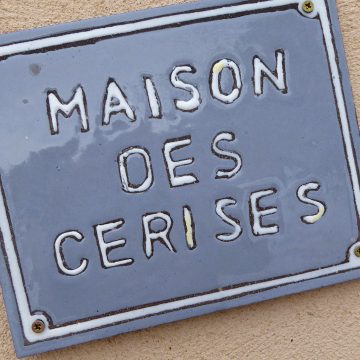 ABOUT CAROLINEBORN UNDER A WANDERING STAR 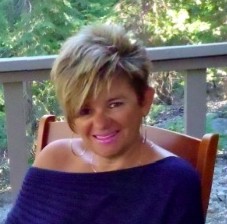 I was born under a wandering star, an English girl living in California, in love with Provence. I have lived near San Francisco for 17 years but in 2012 spent 20 unforgettable months in Provence, first in beautiful, medieval Uzès, and then in the Luberon’s fairy-tale village of Lourmarin. It was magical and inspired me to write Shutters and Sunflowers; my insights into the local charm of places I love, Provence, England, California and places I travel, suggestions for where to stay, to eat and to visit. Join me and be inspired too, there's a big world waiting to be explored, let me know what you find! 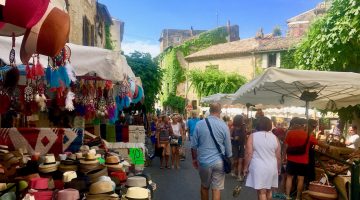 I was so happy to learn from my friends in Lourmarin that the Friday market is allowed to return tomorrow; with social distancing measures of course. After so many weeks of not being permitted, I’m thrilled for all the local …

A year ago we had just left on our incredible American road trip #tetons #Yellowstone #montana #Oregon #craterlake https://shuttersandsunflowers.com/our-american-road-trip/

#uzes with my two favorite men

Cocktails in one of my favorite places #uzes

Starbucks on thé Autoroute in the very center of

Château Chaumont one of the stunning château of 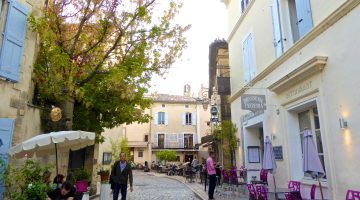 The Streets of Lourmarin, Luberon, Provence