Venice, Italy, often described today as the most romantic city in the world, distinctively unique with a demeanour all of her own. Her ancient buildings, her tiny alley ways, her 400 plus bridges straddling her streets of water, her crew of romantic gondolas, her history, her buildings of beauty and culture……. no wonder she remains a glittering Italian jewel. Dating back to the 5th century, Venice became at one point in the mid 14th century the 3rd largest city in Europe, after Paris and Naples. Yet her beginnings were humble, a group of tiny islands built within a lagoon sheltered from the Adriatic Sea. So how did this city built on water develop and what is her story today?

How the city was built

The ancient Venetians deforested the region north and north east of Venice to lay the foundations for their city. They used the timber from these forests to ‘steal’ land from the lagoon, laying thousands of wooden pylons into the water. Over time these tree trunks have petrified and have created a bed of rock to support the watery world which was gradually created. The weight of what was built on this ‘rock’ was of huge consideration and even today all buildings in Venice are only constructed from wood and brick. All the marble you see, however magnificent, including the stunning Saint Mark’s Basilica is in actual fact a thin layer of veneer.
Saint Mark’s Basilica, Venice – engulfed by excited tourists 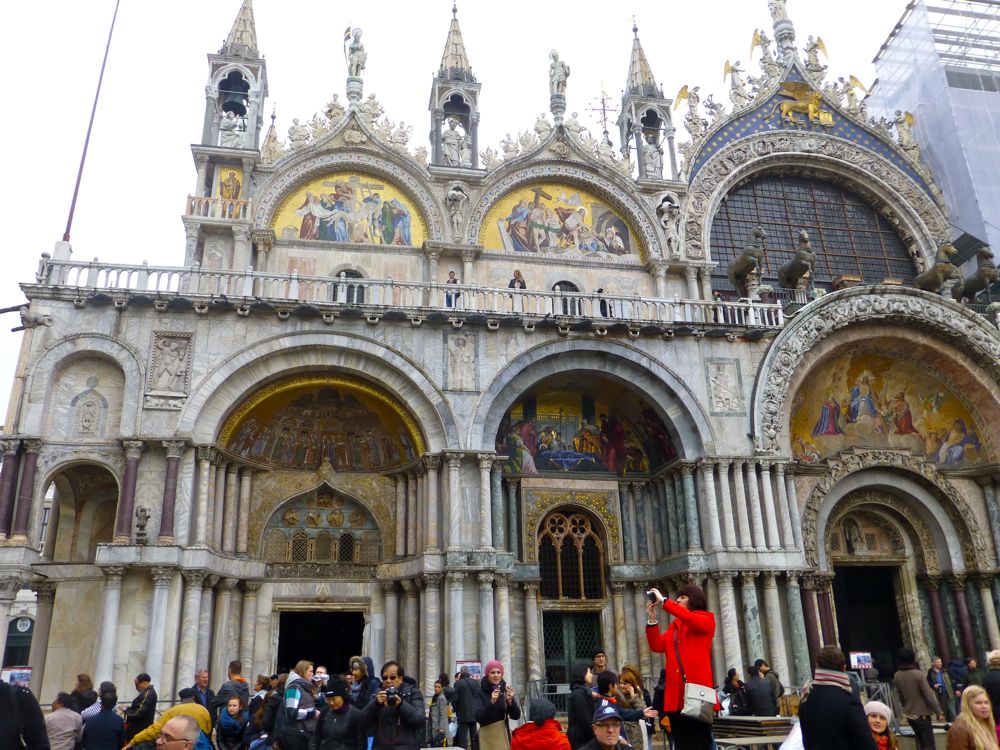 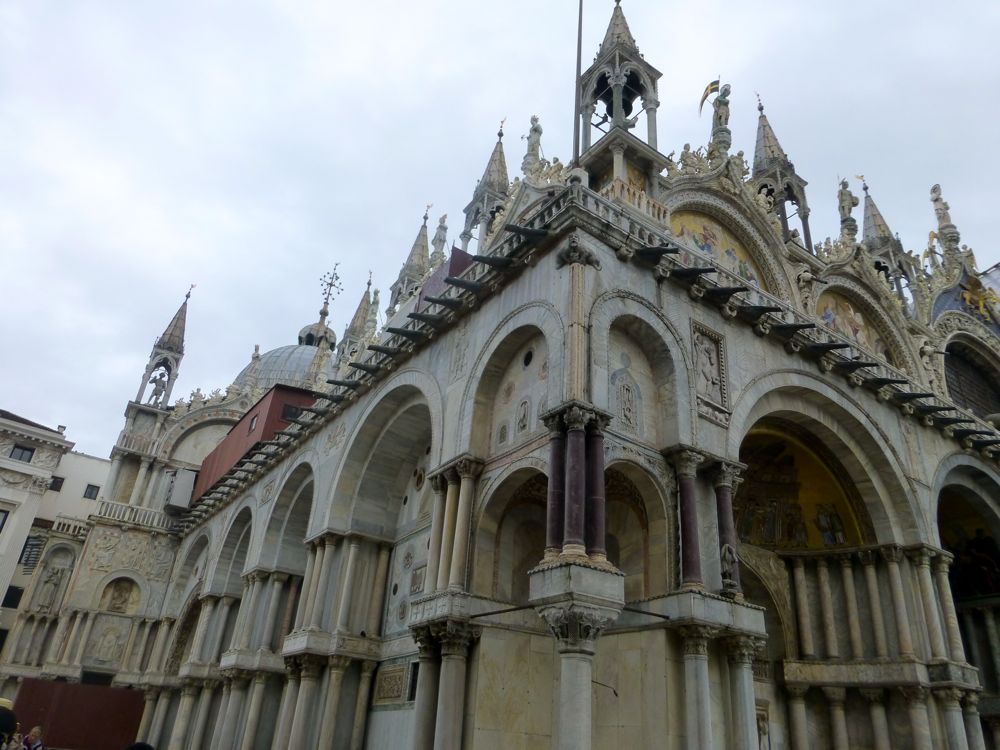 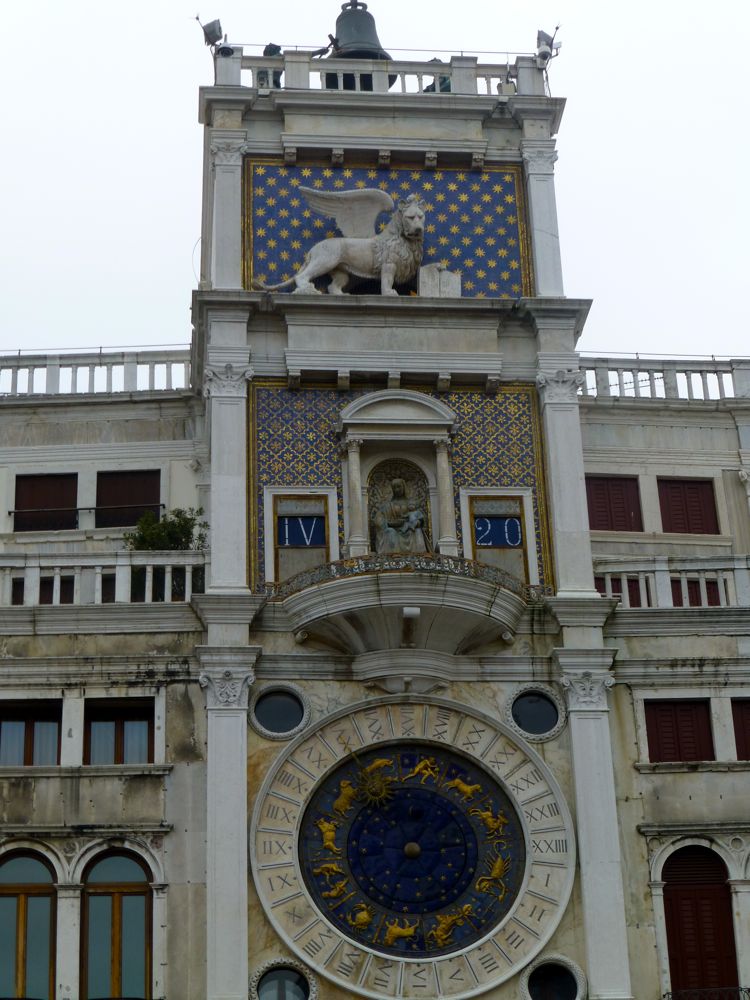 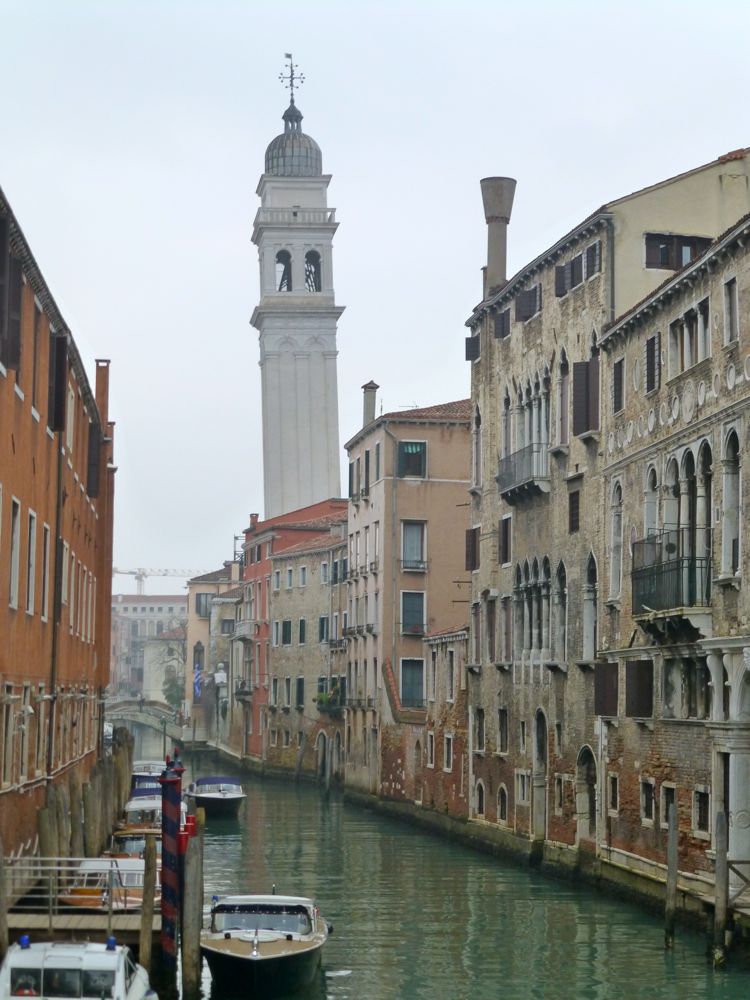 Venice, a lady in a tattered dress?

Despite man’s best efforts and vast technological improvements, Mother Nature often continues to have the last say. The all encompassing tidal water which ebbs and flows on a 6 hour cycle, has a constant and often devastating enduring effect on many buildings. 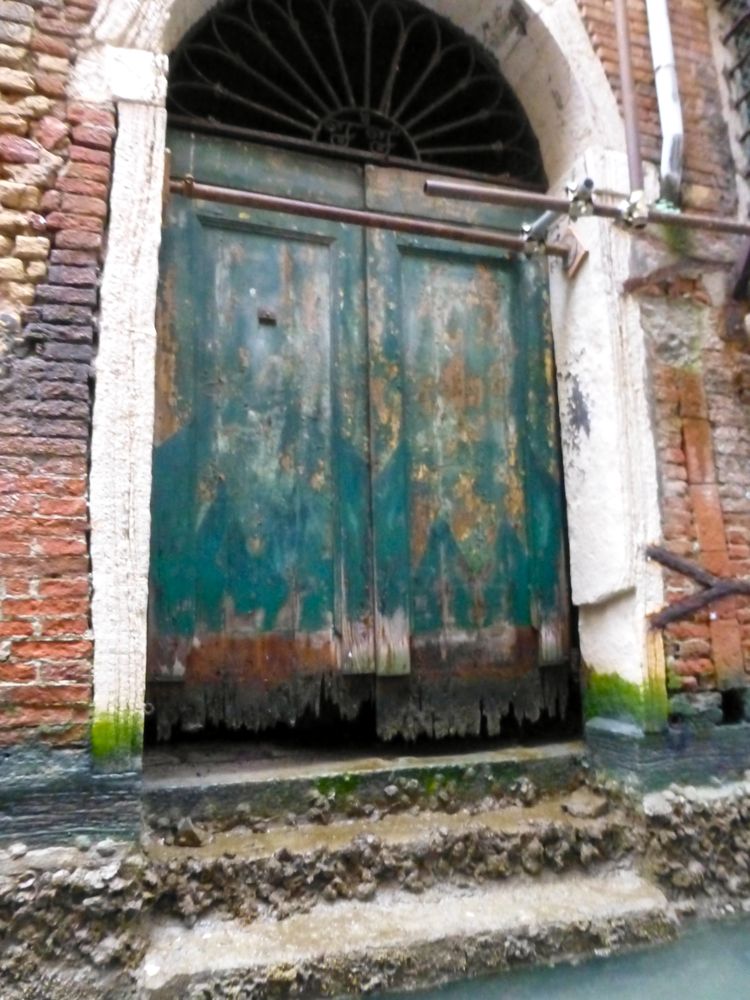 Added to that, the extremes in humidity tear away at newly restored render and paintwork making much of the city appear tired and uncared for. The cost of upkeep and repair, with soaring real estate prices have added to this problem with a population in considerable decline many buildings have been left vacant with no-one able to preserve them.
Damage to a property renovated only 12 months ago 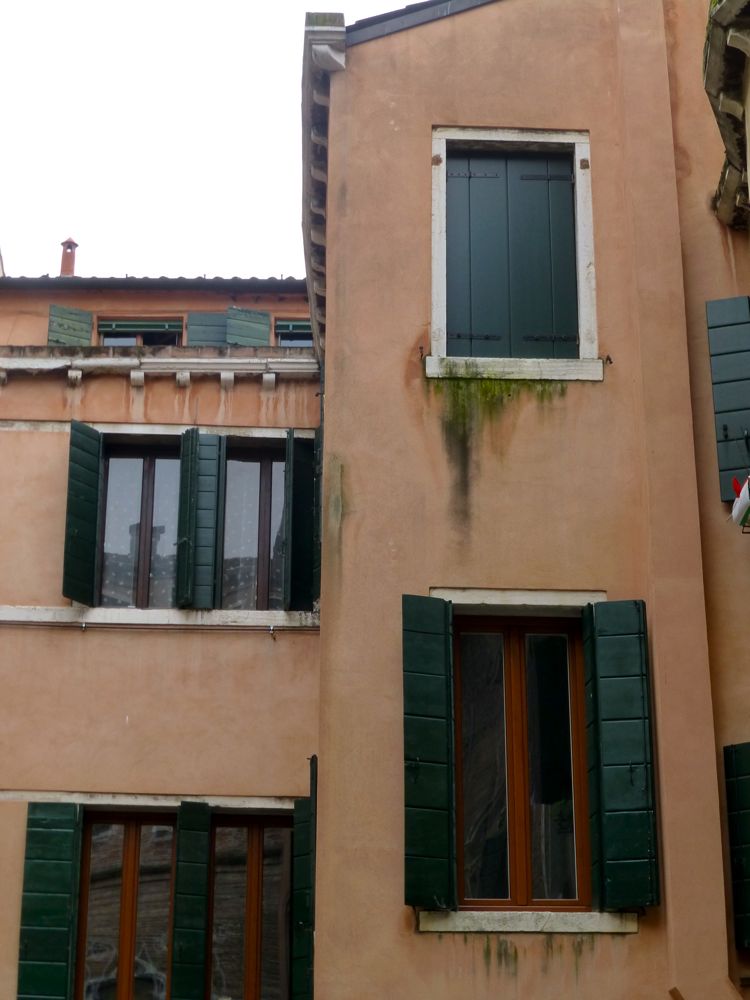 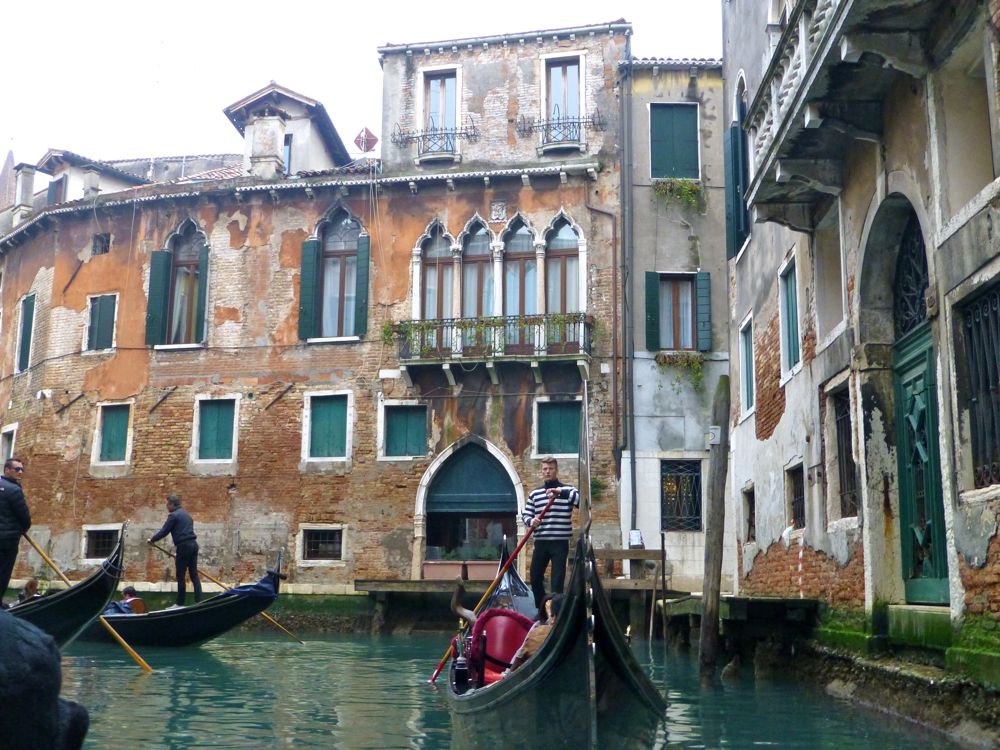 This does not mean Venice is dying, its uniqueness and albeit faded, beauty attract on average, over 500, 000 visitors daily. From all over the globe tourists come to marvel and enthuse, soaking up the ambience as they explore the tiny streets and alley ways of Venice, either on foot or through its maze of canals. She is indeed a pulsating city of mystical wonder and charm which despite her over abundance of tourist accoutrements has to be experienced to be believed.

Venice from the Grand Canal 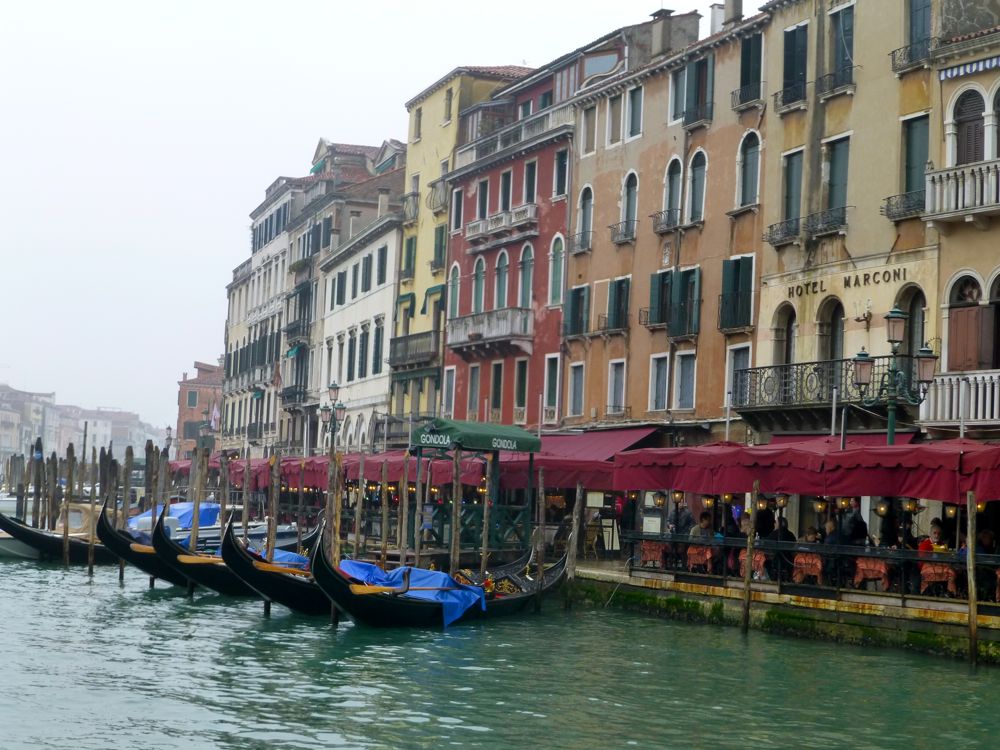 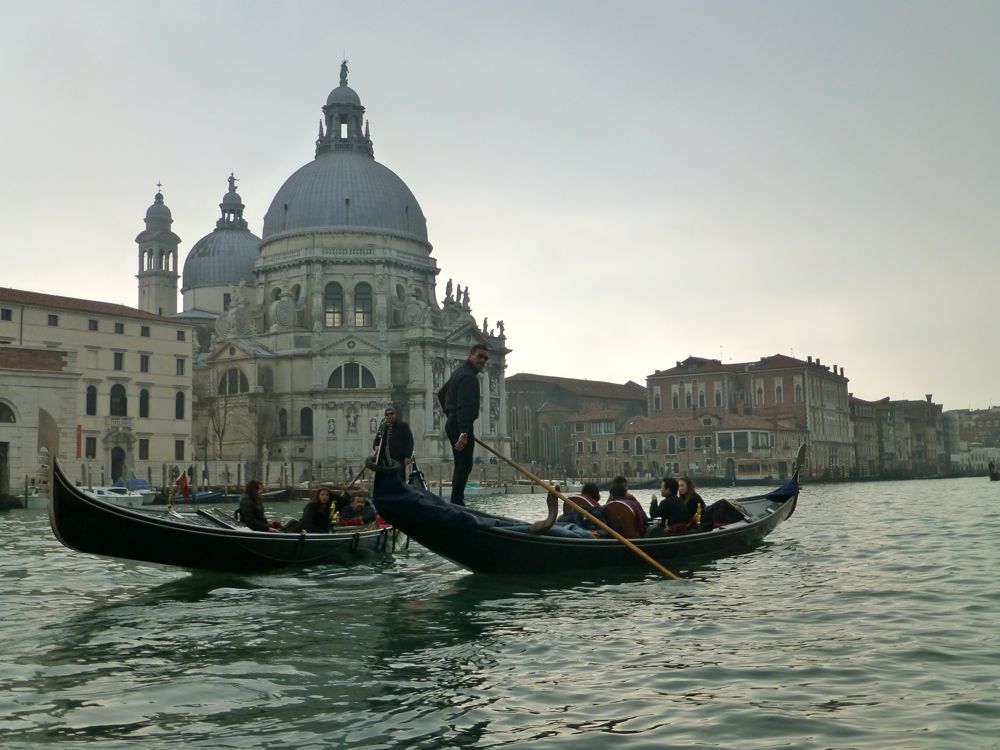 and finally let’s not forget her spectacular tradition of Carnival, held every year in February! 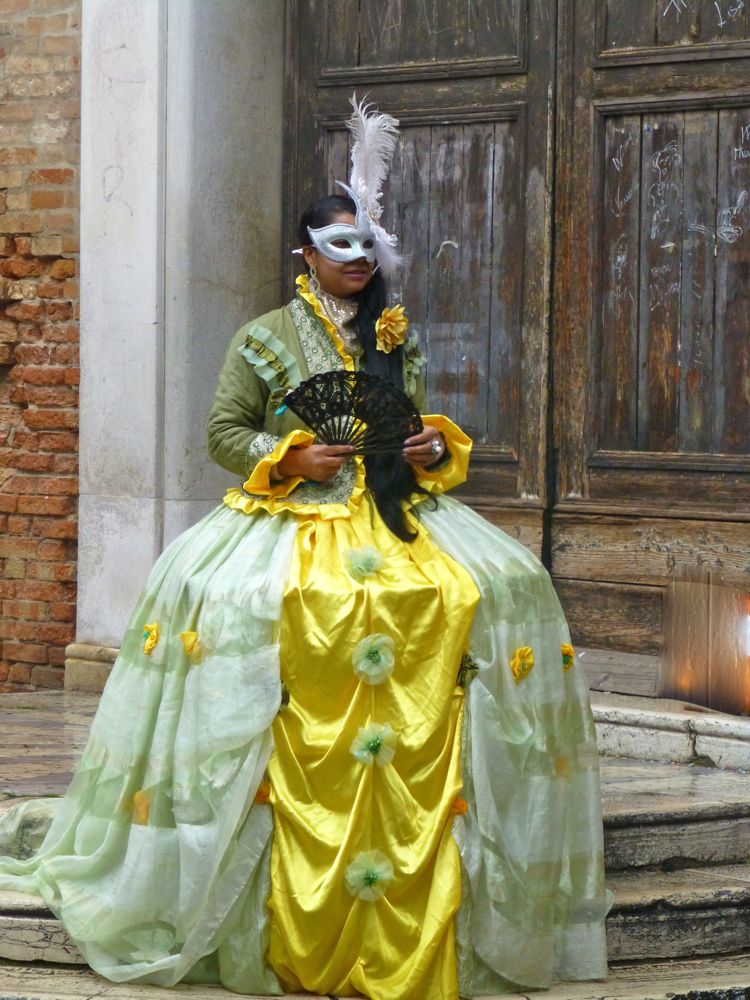 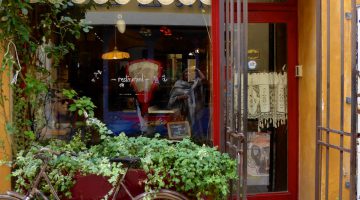