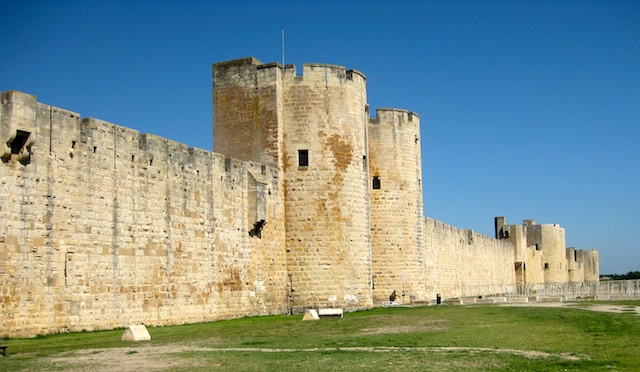 It is funny how the events of a day that you had not particularly been looking forward to can take an unexpected turn that fills your heart with joy. I left my Kate at the tiny airport of Béziers, a further 50 km south from Montpellier, where we normally have our ‘Love Actually’ moments; departing from there as she could get a flight directly to Bristol and save much travelling time in UK. Having left the sunshine of Uzès it was cloudy further south, closer to the coast and as I pulled away from the airport, not much bigger that an airfield really, the clouds reflected my mood, I felt a bit flat and sad to see Kate go.
I raced back up the Autoroute into the sunshine and then on a whim decided to turn off just after Montepellier to explore the Medieval city of Aigues-Mortes. 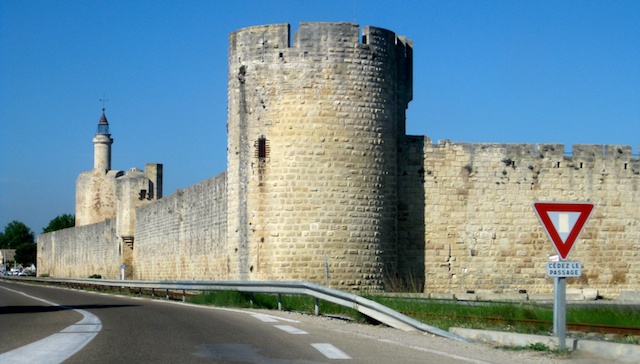 I had seen Aigues-Mortes. sign posted each time I had driven to the airport and had also noticed that it was the place where the famous hand raked and harvested ‘Fleur De Sel de Camargue‘ came from. The salt to use if you are going to use any, hugely expensive and hard to find in USA but just 3 euros here! More than that I didn’t know what to expect. I had actually thought that the crumbling small cluster of ramparts, visible from the autoroute, was where I was headed and so was surprised after 5 minutes to see a sign post informing me that I had 20 km to reach my destination. The landscape was very flat, I was in the Carmague, fields of white horses and a sense that the sea was hiding just over the horizon. 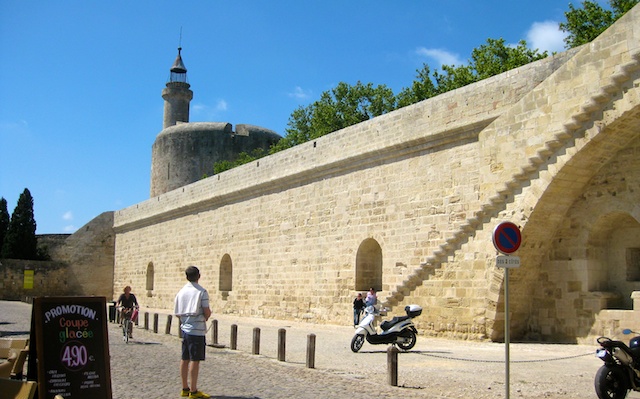 As soon as I reached Aigues-Mortes I knew my unscheduled meandering was an excellent decision. A walled bastide right in one of the largest wet lands in Europe. A wild and protected environment of marshes, sand and water. Home to unique flora and fauna which are protected through the natural production of salt using principally renewable energy, the sun and the wind. A spectacular sight made more incredible as the original city walls are still in tact! It looked somewhat incongruous with the surrounding area but that is also what made it so bewitching. As if someone had placed a Disney castle in the middle of a vast flat terrain!! 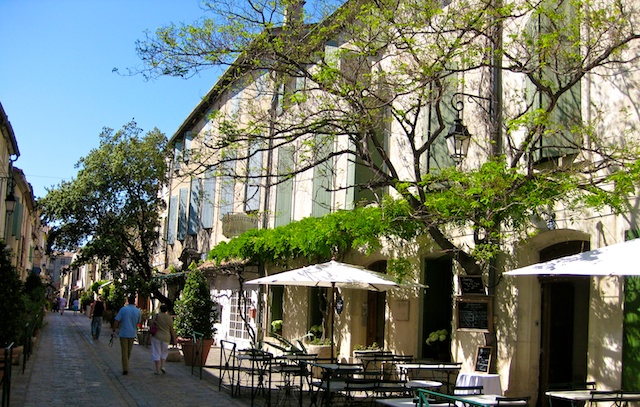 Aigues-Mortes was built in 1240, by Louis IX, who decided to build a city close to his kingdom in order to have a direct access to the Mediterranean Sea. Crusades were planned and led from here and the Knights Templar imprisoned within its shadows. This unique medieval fortification, which one can explore from the top of its ramparts, offers magnificent views over the city, the lake, the vineyards and the salt!
Salt has been mined from this area since neolithic time. In the 8th century Benedictine monks settled at the Abbey of Psalmody, to exploit this valuable commodity. In more modern times water is pumped into the sea travelling more than 70 km. 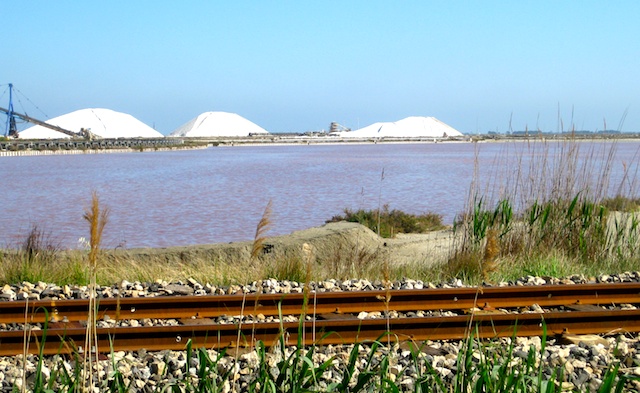 The salt at Aigues-Mortes is harvested mechanically, piled up in the twinkling “camelles” before being packaged, fascinating!!
Over Seven centuries later, salt mining and the fortification of Aigues-Mortes still dominates the Camargue as one of the most well preserved medieval French buildings.

So on a Wednesday afternoon here I was roaming around these enchanting cobbled streets in Aigues-Mortes. 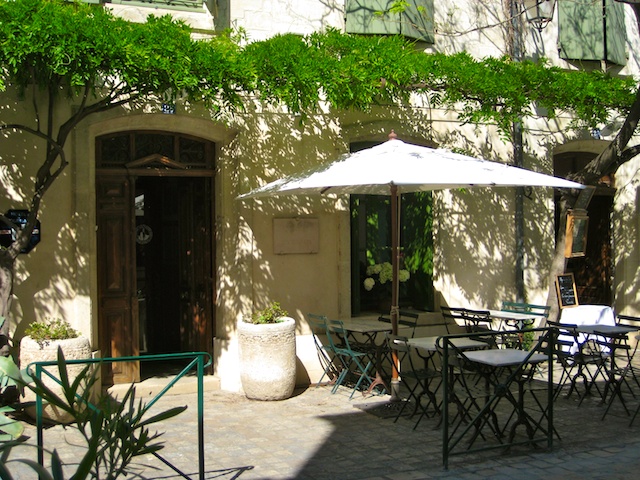 Discovering charming buildings, coffee spots and restaurants.  Also many tempting treasures to buy.
I contemplated whether my boys could add these to their car collection but for once the challenge of airline luggage allowances got the better of me!

Yes, yet another day of special treasured memories in southern France, lucky, lucky me! 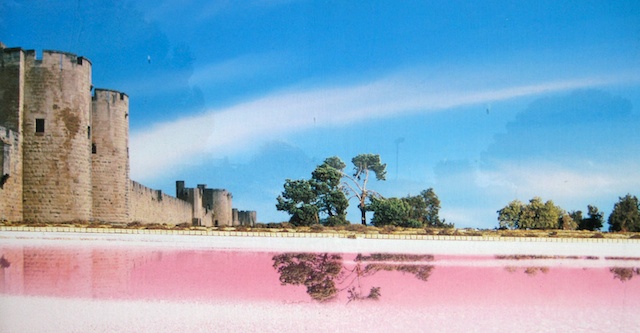 Next post Turn the door handle to enter, a house in Provence....... 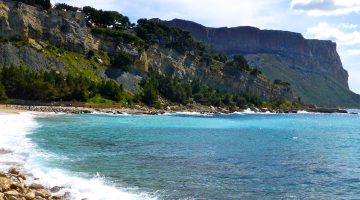 Around Cassis ~ on the Mediterranean