The Camargue, just outside of Provence, in neighbouring Languedoc Roussillon, about an hour’s drive from Uzès, is where you’ll find white horses running free, grazing amidst endless stretches of swaying grasses dancing in the ever present breeze which sweeps across this wild, untamed landscape. Far off into an infinite distance, puffs of cotton wool clouds appear to float down to meet the ground as the land and sky blend into one. On the horizon, where the Mediterranean rolls timelessly towards the coastline, unfurling its ceaseless, gentle kisses upon the sand, a walled medieval city emerges, the city of Aigues-Mortes.

With its’ roots dating back to 102BC, and its’ development and first tower being built in 791 by Charlemagne, this fortified wonder, Aigues-Mortes, dominates this part of the vast flatlands of the Camargue.

One of the gateway entrances to Aigues-Mortes 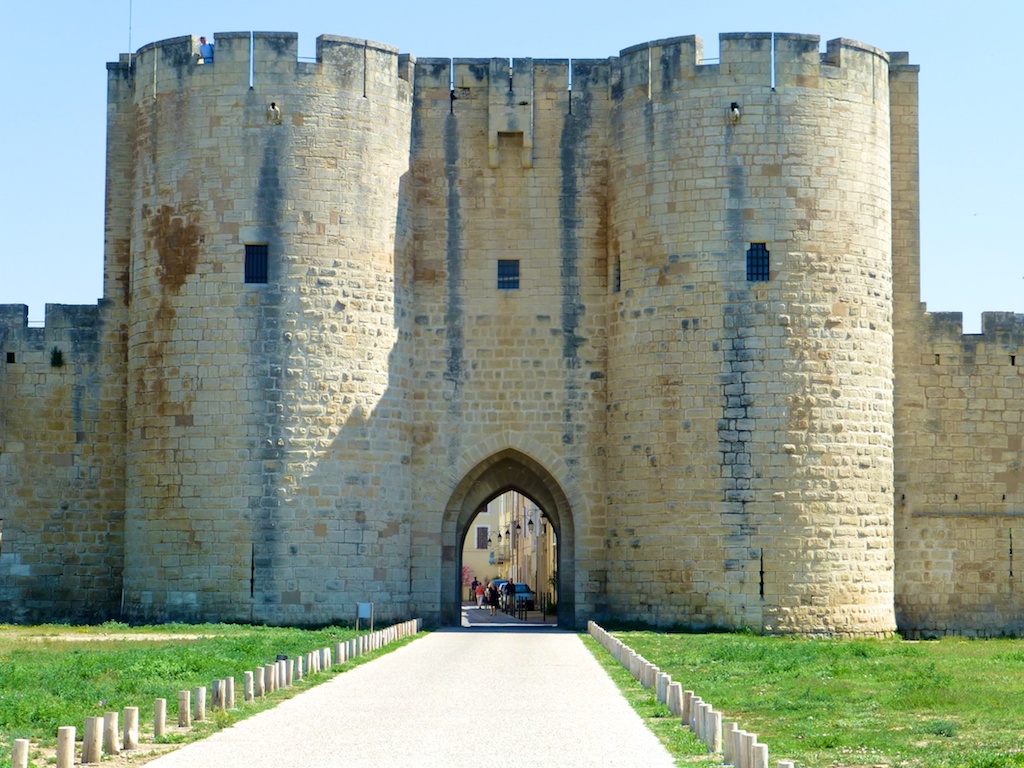 The most well preserved medieval, walled fortification; remaining in Europe, it has guarded all whom have dwelt from within its stronghold for over 900 years protecting them from the invasion of the forces of both men and nature. Connected to the sea by a series of brackish inlets it was an important doorway for all who ruled here. It was King Louis IX who recognized the significance of its location. He built the city we currently see today as a port to send off his Crusaders. 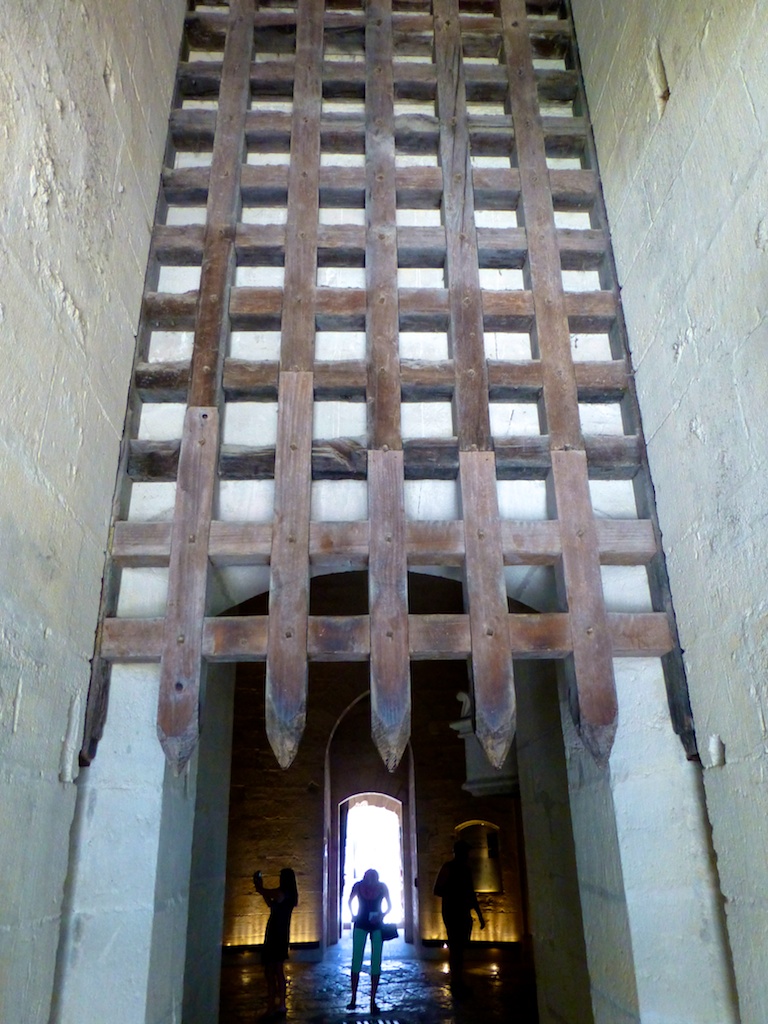 Inside the Constance Tower 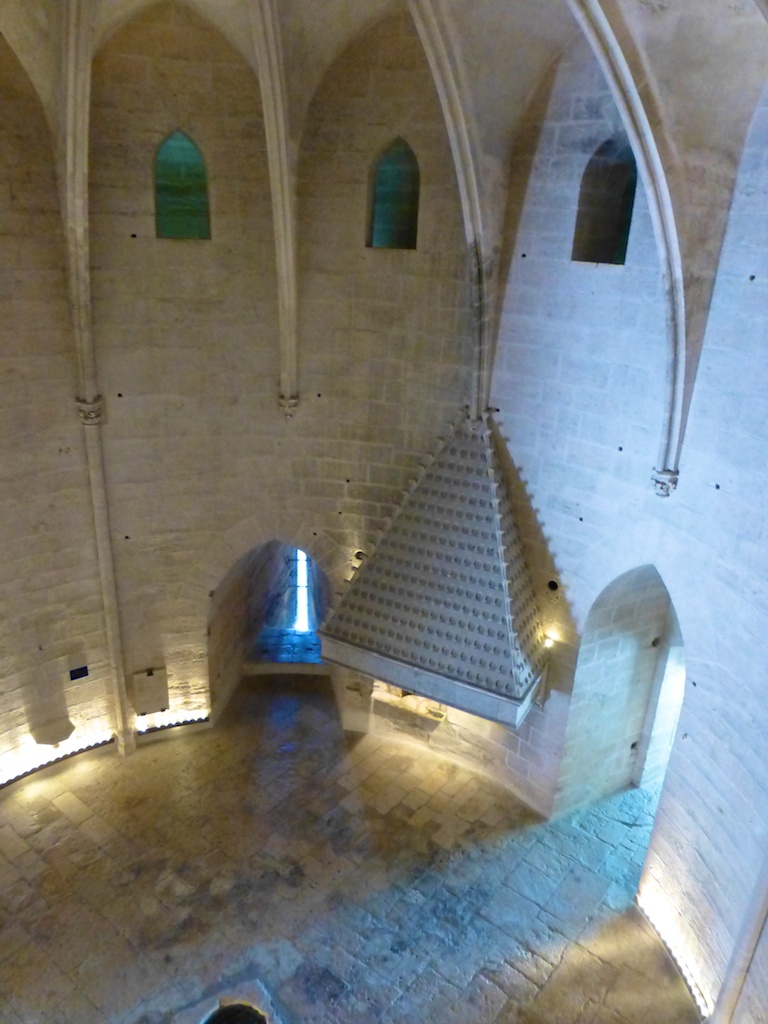 The Ceiling of the Constance Tower 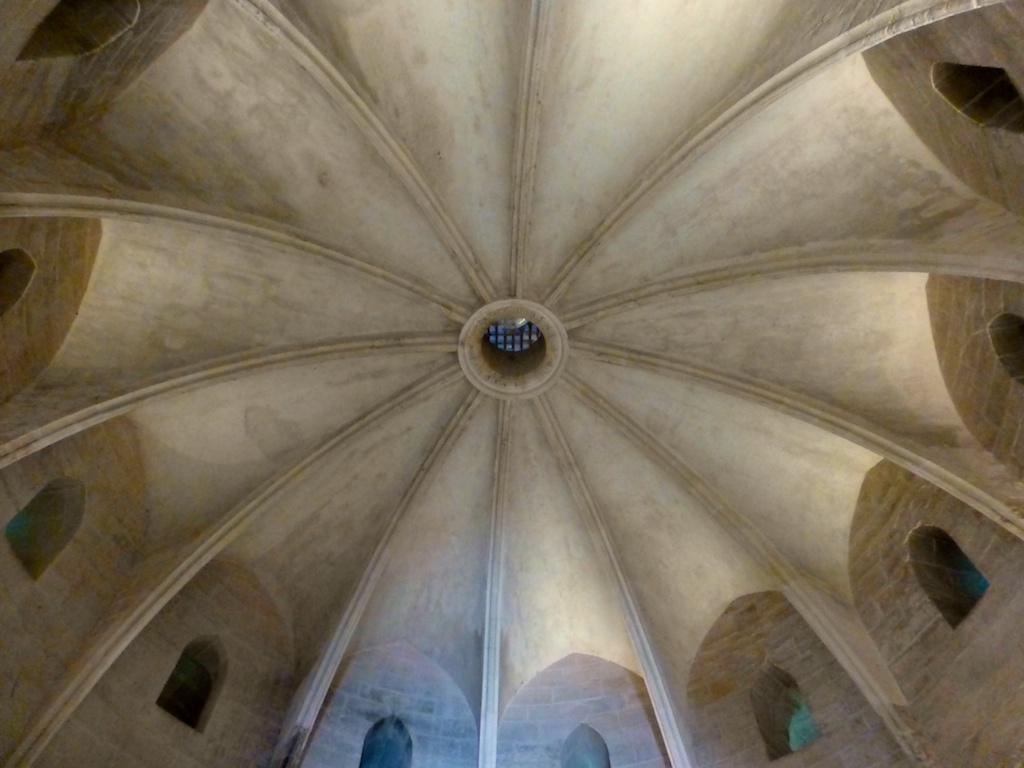 As one walks the walls of this fortress, gazing out into the distance, it is impossible not to become immersed in its rich history. 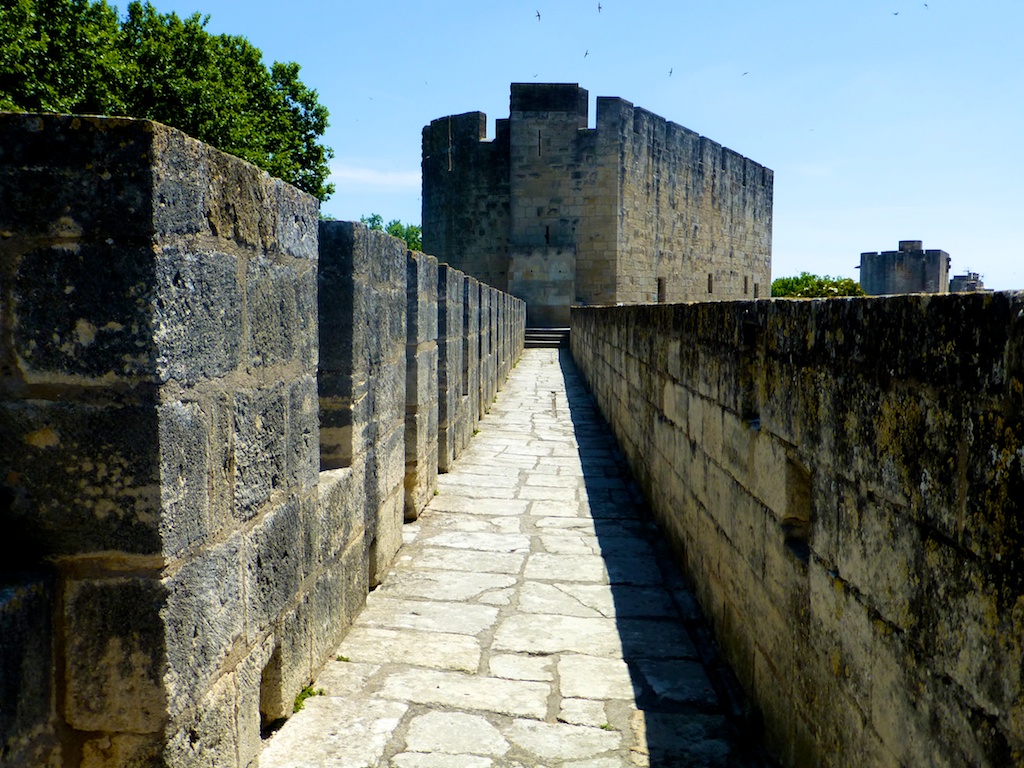 Treading in the footsteps of so many others one imagines the daunting task of the soldiers and guards who protected Aigues-Mortes and bravely fought off those that dared to attempt to plunder it. 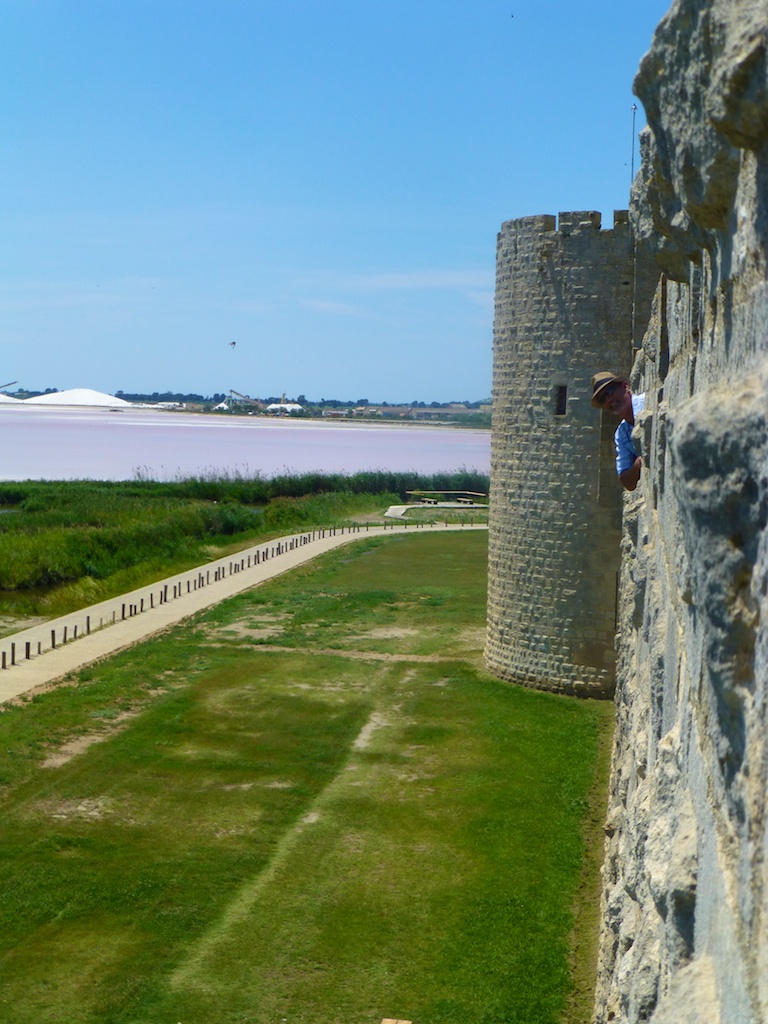 Staring down into the small square city centuries of life have played out within these stone walls. 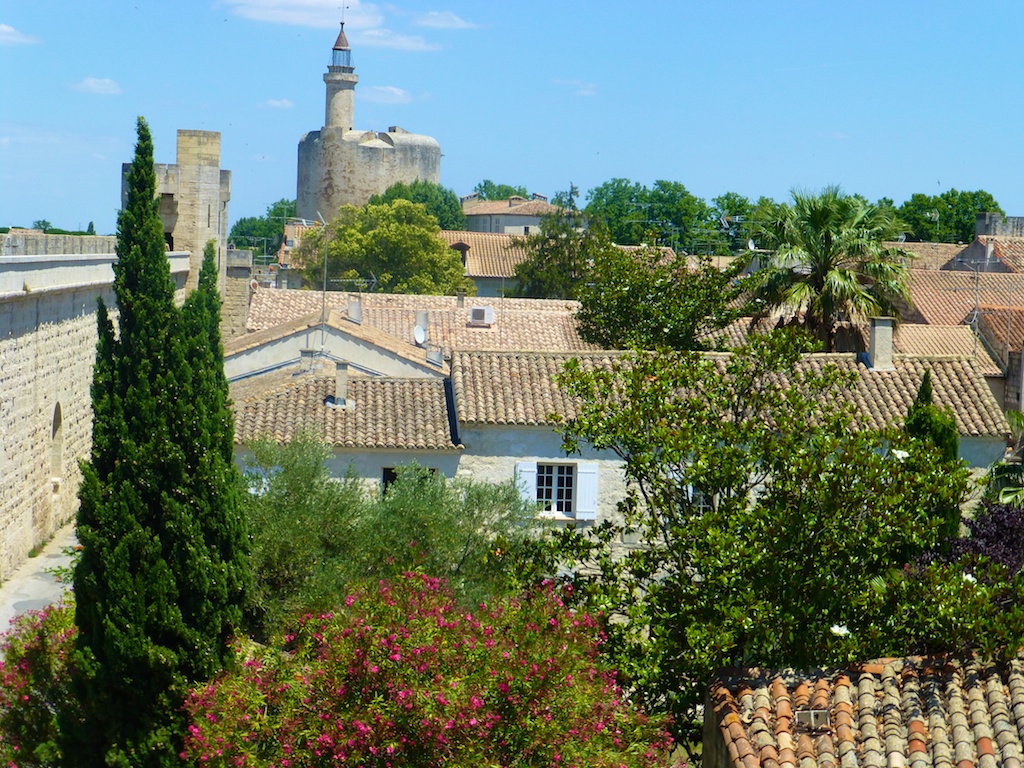 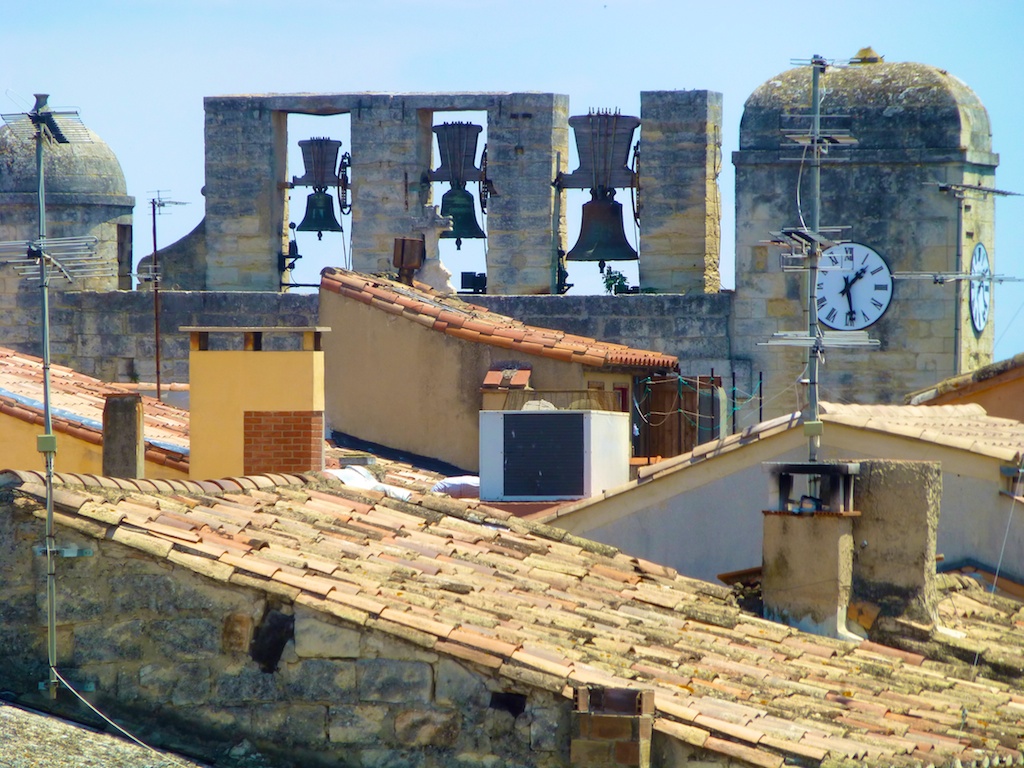 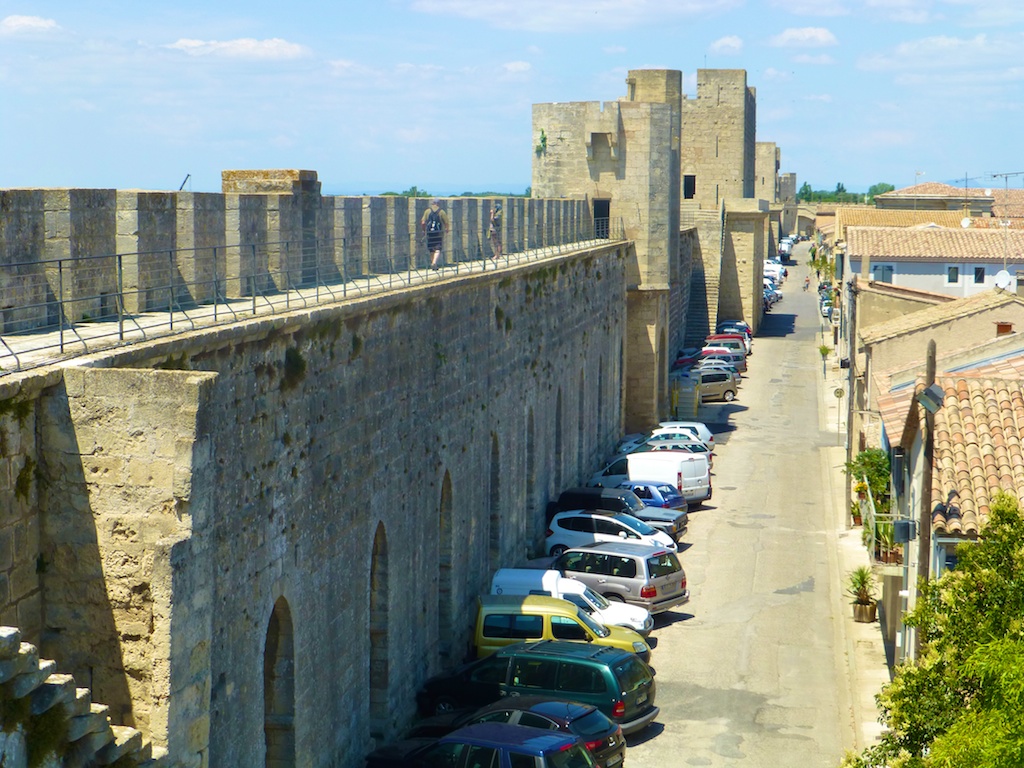 Thousands flock here each year to become enthralled by the past and the other natural treasure of this captivating region, the tiny granular white ‘gold’ which glistens in huge white pyramids from where it has been excavated, its salt. 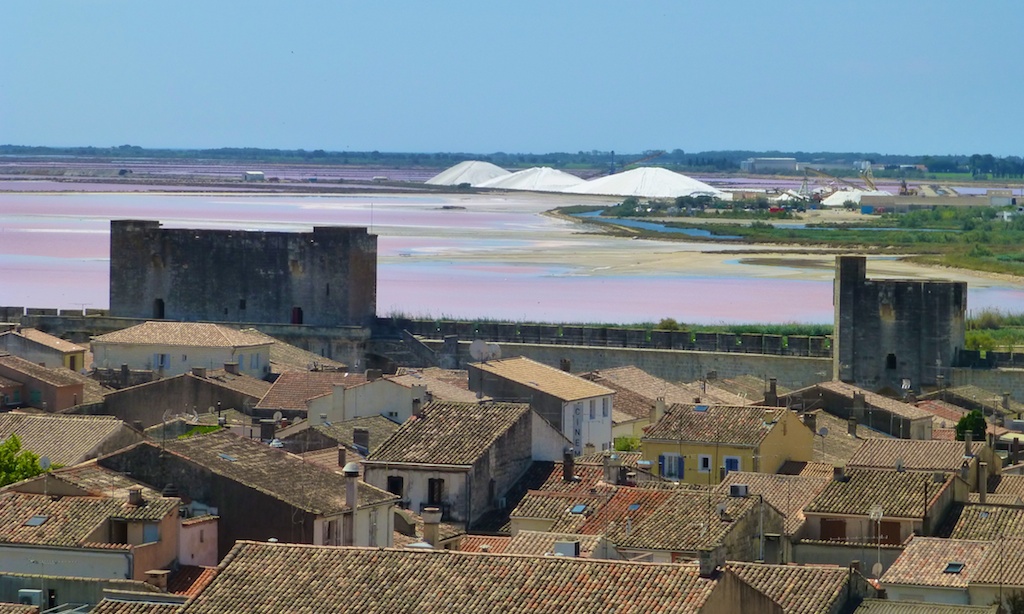 Salt has been mined in the Camargue since the Romans. Its existence adding to the fairytale ambience, turning the surrounding waters a luminescent soft pink. Today encased in smart cylindrical boxes, 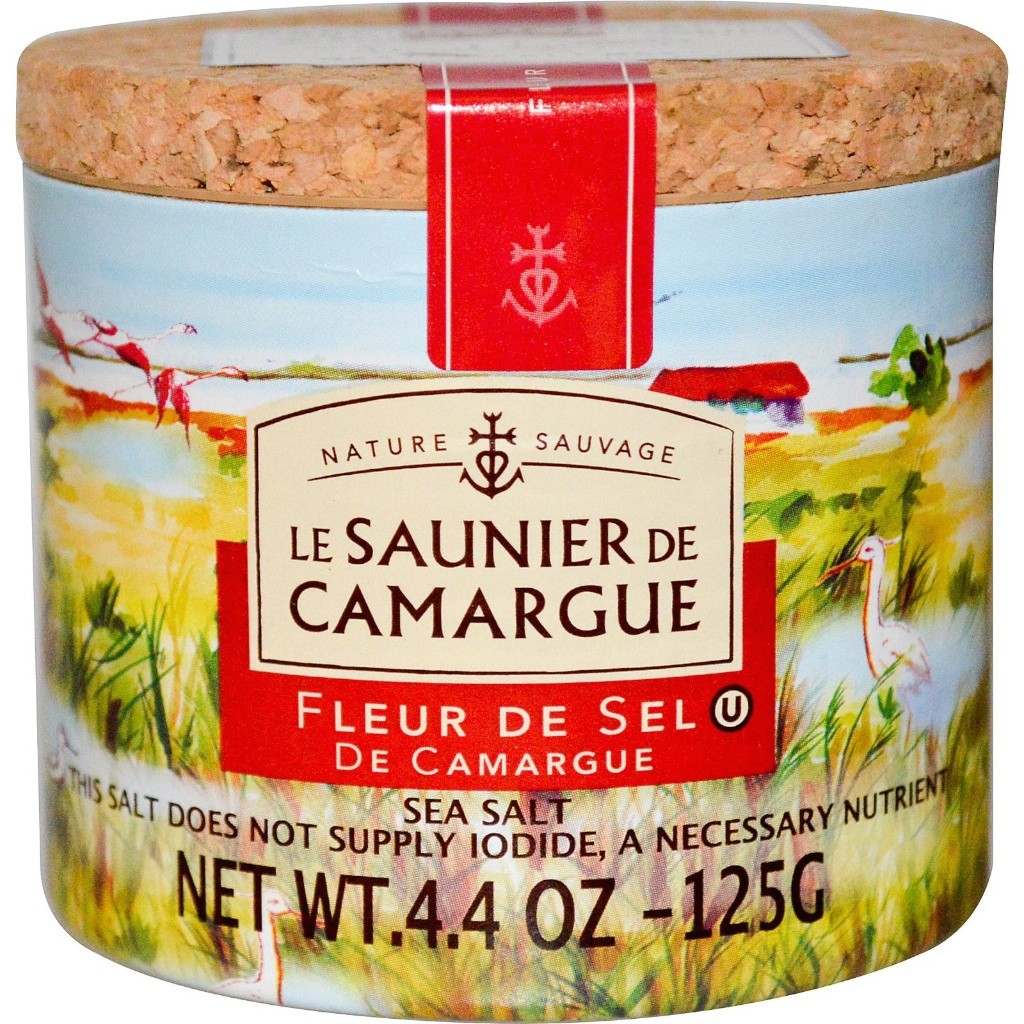 ‘Le Fleur de sel de Camargue’ is considered the ‘Rolls Royce’ of salts used by chefs all across the globe; sprinkled across many a culinary creation to enhance flavors and taste. 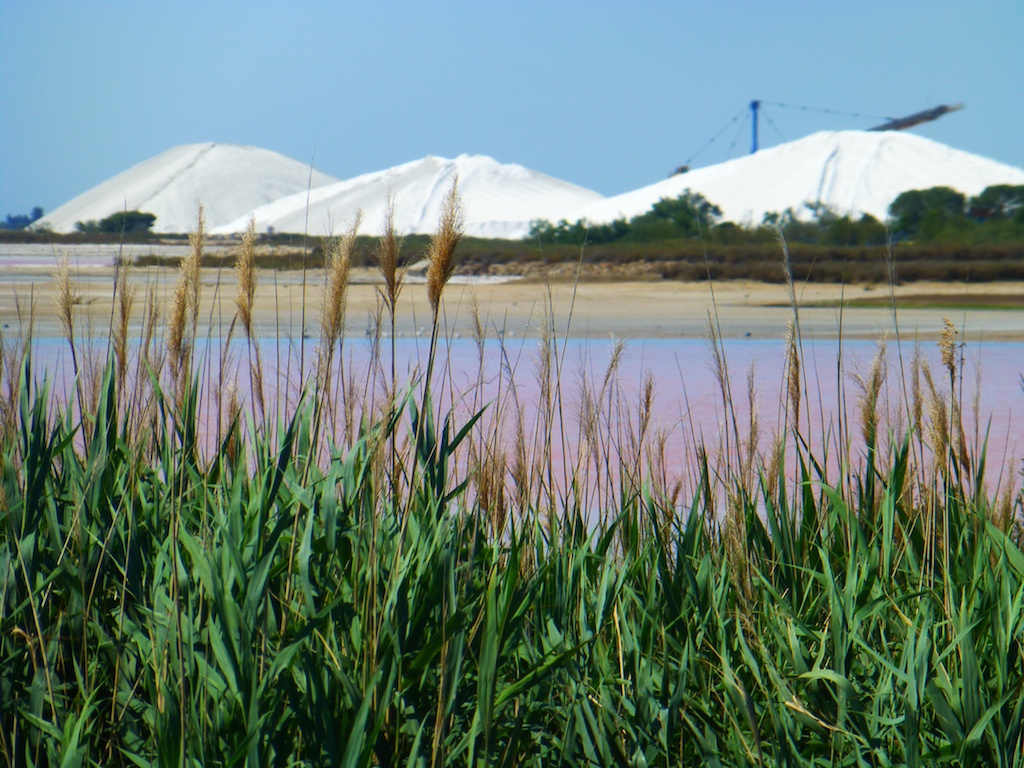 A day at Aigues-Mortes is a step back in time, even though visiting for a second time, is made even more special when shared with friends who also excitedly become swept up in its mystical splendor. 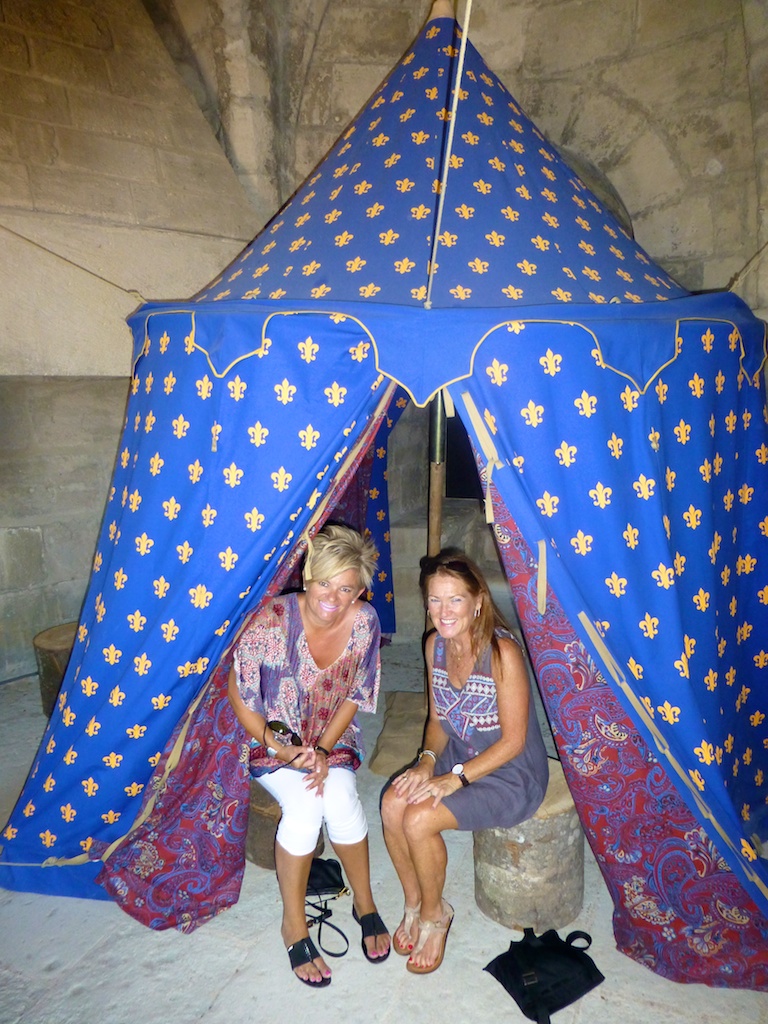 and afterwards exploring its meandering streets we found somewhere special for lunch! 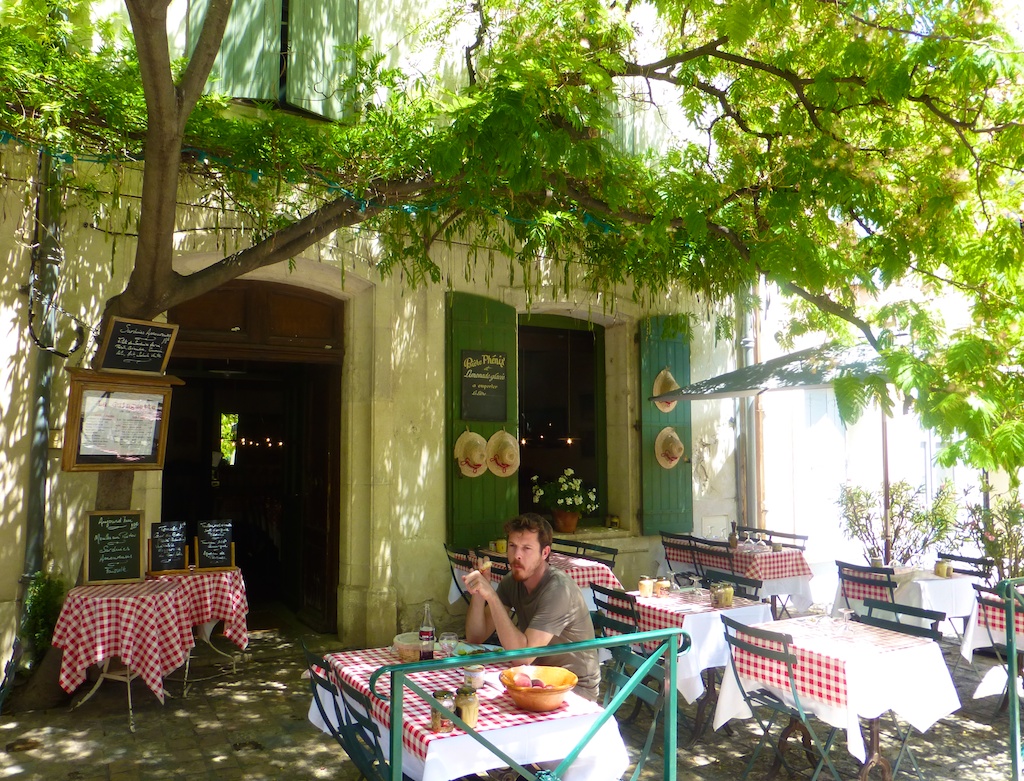 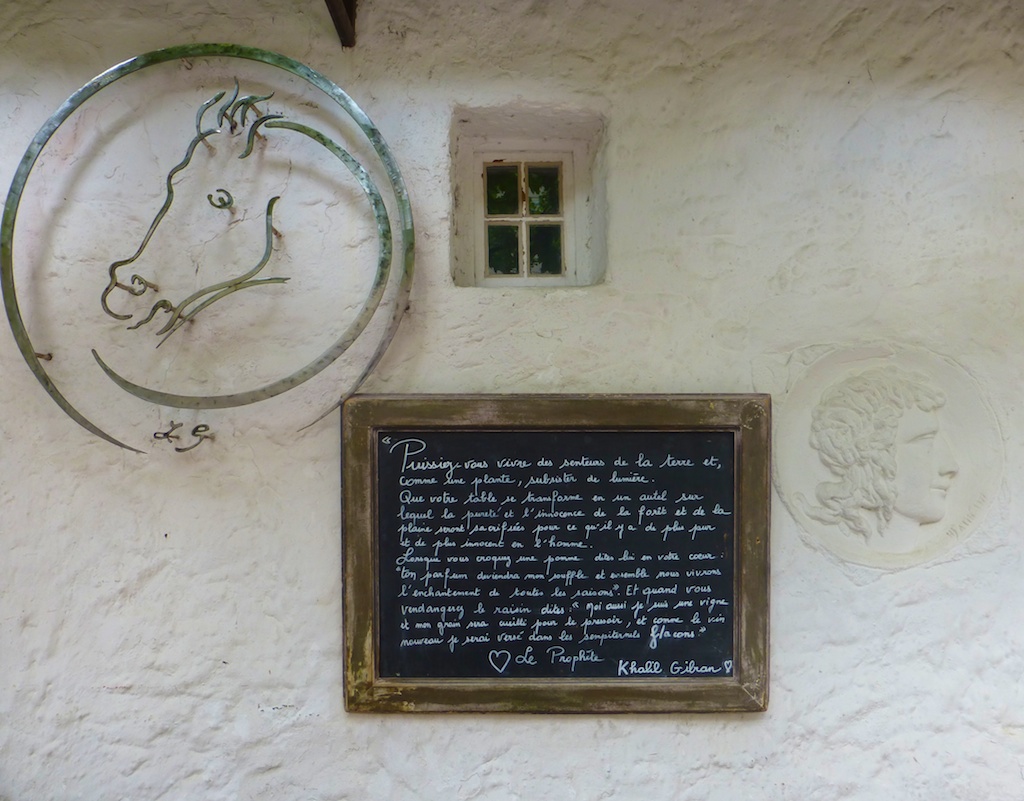 Next post The Luberon Valley, fitting my life into this place.......

Previous Article The essence of Provence ~ in Uzès 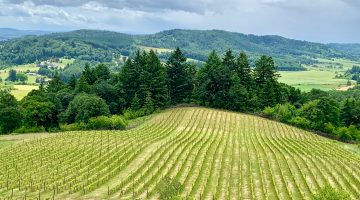