Continuing our tour of Provence’s beautiful Luberon hillside villages; last time we took the D943 from Lourmarin, through the dramatic gorge to Bonnieux, Lacoste and Ménerbes now await.

Lacoste, a tiny, sometimes forgotten perched village has breathtaking views across the sweeping Luberon landscape, Mont Ventoux and Les Alpes. Nearby Ménerbes, is a Luberon treasure and ‘plus beaux village de France’, make sure you leave time to stop at it’s two fabulous two wine domaines close by!

Like many of its neighbours, Lacoste is steeped in a rich history. Enjoy a refreshment on the stunning hanging terrace of Café de la France before you step back through the centuries under the Portail de la Garde where you’ll find little changed since the 1400’s. You might however, feel the brush of its ghosts who have roamed the streets since 1545 when Meynier d’Oppede ‘cleansed’ the village of its heretics and almost all of its inhabitants were massacred. 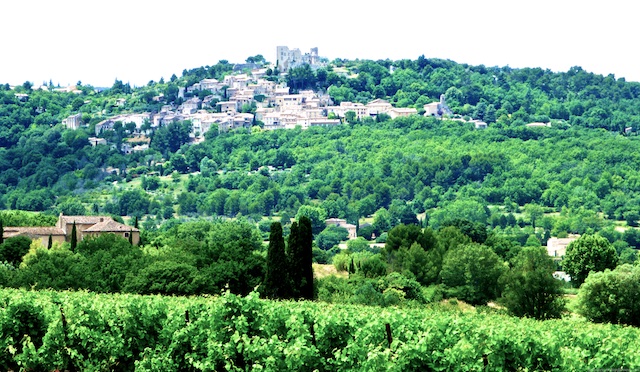 The beautiful fortified village of Ménerbes, is just 5km away. Home to artists, including Picasso and writers; Peter Mayle wrote his best seller ‘A Year in Provence here. Take the D106 and D103 from Lacoste and stop to sample the local Luberon vintages at the wonderful Domaine de Marie.

The smell of aged oak will pervade your nostrils from the minute you cross the threshold as the ambience of wine making starts to consume your soul! 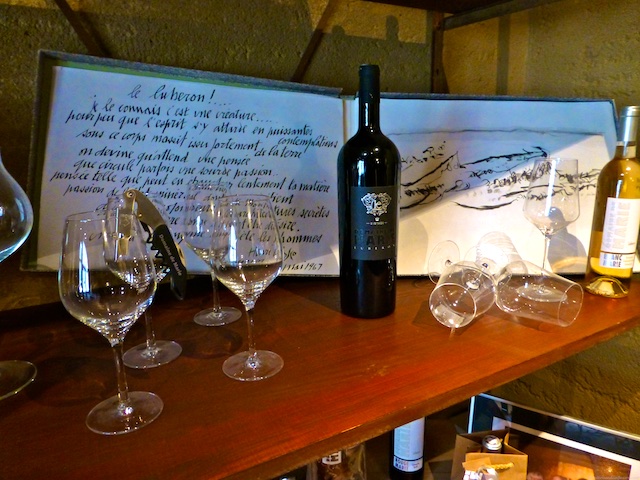 If you feel like being spoiled, don’t leave! After you have wandered the village of Ménerbes, sleep here in the middle of the vineyard at the sumptuous la Bastide de Marie, a former country house or “bastide”, a very special indulgence in this heavenly region of the Luberon.

In the village discover the historic renaissance properties, Place de l’Horloge, the town hall square, its 17th century belfry and bell tower and the beautifully restored ‘Maison de la truffe et du vin‘ to learn about the region’s truffles and wines.There are several places to eat. Currently I have only been to Café Véranda, where we enjoyed a delicious lunch in the gardens, admiring more breathtaking vistas of the  vineyards and fruit orchards sprawling across the Luberon Valley floor below.

Market day is Thursday but there is a really good lavishly stocked épicerie open most days! 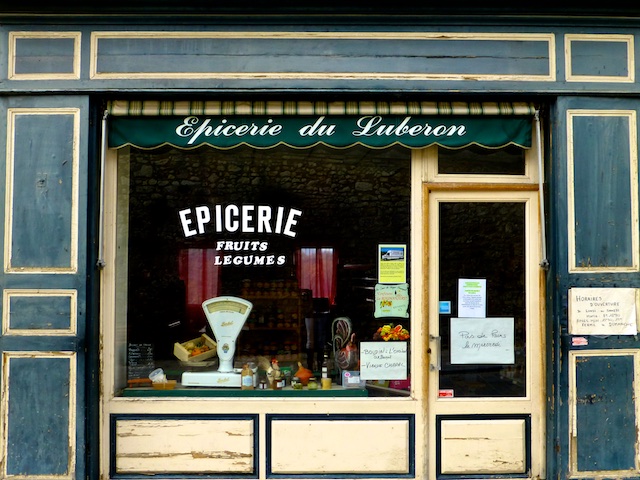 When you leave Ménerbes on the D3 don’t miss the Domaine de la Citadelle. 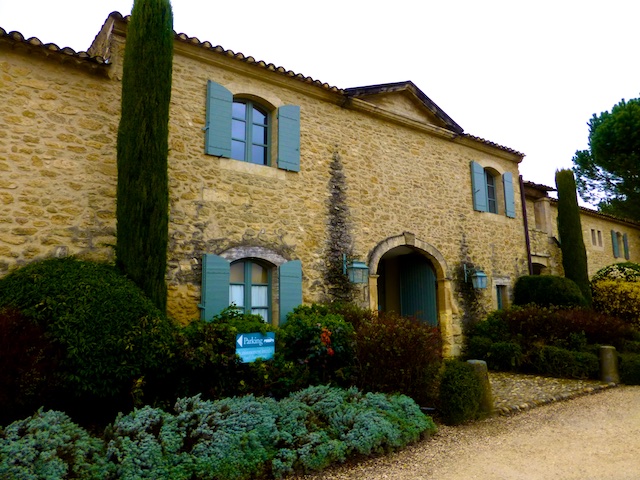 Domaine de la Citadelle is owned by the mayor of Ménerbes and it is home to Musee du Tire-bouchon (The Corkscrew museum), a fascinating, collection of over 1,000 corkscrews showcasing the history of the corkscrew. 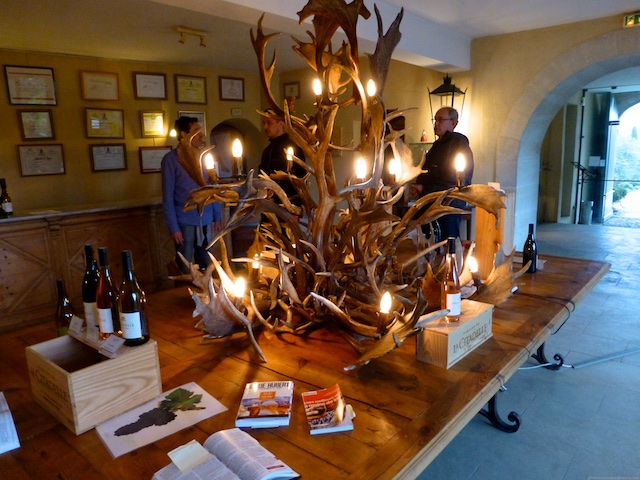 Who invented the corkscrew?!

The corkscrew is believed to have been invented in the late 17th century, by the British once they started to mature imported wine in bottles rather than casks. When glass bottles then began to be manufactured industrially their shape rapidly changed from the bulbous onion shape to a cylindrical shape (similar to the modern bottle), allowing bottles to be laid on their sides for storage. This meant that the wine stayed in contact with the cork and the cork stayed moist; the sides of the bottle necks became parallel requiring a cylindrical cork. This cork was compressed before insertion into the bottle to ensure a tight fit. Hence the need for a cork extractor, “bottlescrue” or corkscrew!

Next time we’ll discover the secret of the ghost town Oppède le Vieux!

Next post Oppède-le-Vieux, the ghost town of the Luberon!

Previous Article A video tour of Avignon, 'City of the Popes'. 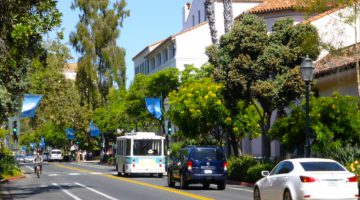