Many people dream of owning a winery; a romantic illusion of strolling through carefully tended vines sharing your vintages within the shadows of a sprawling château, which for me would have to be in Provence. Of course dreams like this seldom come true, such a highly competitive, risky venture would require a fairly hefty dose of courage not to mention immense commitment and hard toil. A ‘little bit’ of money would help and a great deal of skill and knowledge. But it surely begins with a dream, a passion to follow your heart, along with a resolute but gentle sprinkling of determination to do so.

This is the story of the Bagnis family from Marseille; Daniel a pharmacist, his lovely wife Anne-Marie, whose family for three generations have been involved in the distribution of exotic fruits and their daughters Mathilde and Camille. The Bagnis had such a dream, a dream to own a wine domain in Provence. Minutes from Lourmarin, I was fortunate to get to know a little of their story and how they have dedicated themselves to making their dream come true.

The family’s initial step was for Anne-Marie to complete three years of study at Lycee Agricole de Gardanne learning about viticulture and the marketing and exporting of wine. With Camille having also finished her business and master’s degrees the family began their search for the right property. Having first considered the Eastern Appellation in the Var they realised that they preferred the more traditional charms of the Luberon.

Looking for about 15-20 hectares, as Anne Marie told me “not too small to be limited but not too large to become complicated”, it also had to have a beautiful ‘house’, one that exuded charm and character. Having visited about ten properties they came to the stunning 18th century Le Château Constantin about a kilometer from Lourmarin.

A glorious 18th château surrounded by olive groves and oak forests nestled by the river L’Aigue Brun whose century old deposits of limestone had created a terroir similar to that at Châteauneuf-du-Pape, about 80km to the north-west. Believed to be a former Roman site where Emperor Constantin took the natural waters, the 3 fountains on the property bare testament to this legacy, one of them being the symbol of Le Château Constantin wines.

It is not hard to understand what captivated the Bagnis family and in 2016 it became theirs, the dream was coming true and the work began.

Originally a farm, Le Château Constantin had been producing wine for about 40 years. The Bagnis’ purchased it from William Chase, a distiller from England. However it had been its previous owner, Allen Chevalier, who had been responsible for establishing both the name and reputation of Le Château Constantin, and who from 1990 -2011 had produced some of the most esteemed vintages in the AOC Luberon.

Embarking on this exciting but enormous venture, the Bagnis asked Chevalier’s vintner to return to work for them. The production under Chase has been about 90% rose but believing the limestone carpeted terroir could produce excellent red and white wines they took the focus in a different direction.

That was two years ago, today 60% of the estate is Syrah and Grenache for red wine and unusually for the Luberon, Cabernet Sauvignon. 20% is planted with Vermentino and Viognier for white wine and also not typical in this region, Chardonnay. Mature Mourvèdre vines have also been planted which will yield its first crop within 3 years. From the Mourvèdre the Bagnis hope to produce a sophisticated, complex red wine suitable for laying down for 10 -15 years.

Currently, by fermenting the grapes in both new and old oak barrels for about 12 months, the château is yielding more fruity wines best consumed within 3 years. Some of their wine is also fermented in concrete and very unusually in terra cotta barrels bought by Chase for his rosé production.

Used in Greece and Italy for centuries the fermenting process in the terra cotta barrels is more complicated as the terra cotta is very porous and changes the complexity of the wine. But as I will explain it produces a wine with excellent minerals much quicker than wood or metal barrels. In the terra cotta white wine can ferment within as little as 4 months.

The wines of Le Château Constantin

Rosé wine ~ A fresh and delicate pale rosé with aromas of strawberry, gooseberry and a subtle suggestion of lemon. Syrah, Grenache and Vermentino grapes, delicious with poultry, lightly spiced curries and citrus deserts.

An elegant fresh rosé with notes of nectarine, apricot and strawberry and touches of citrus. Similar to the Cuvée Tradition Rosé it is a perfect accompaniment for lightly spiced dishes and desserts. Cuvée Tradition White will be available in May 2018.

Already using organic/bio methods with fewer sulfites, by next year all the château’s wines will be labeled bio. It takes 3 years of bio production to be able to say that you are a bio producer.

The Bagnis’ goal is to produce a high quality mid priced boutique wine. In my humble opinion they have already more than exceeded that goal! Currently they are selling directly at the domain itself, at local Lourmarin restaurants No 9, Le Moulin, Auberge La Fenière, in Lourmarin’s ‘Cave du Château’ and theepicerie ‘Super Taf 2’ and also in restaurants and small boutique shops in Aix-en-Provence and Marseille.

Part of the dream was to also own a beautiful château. One that would be a home but one that could also be rented for large family gatherings and Weddings.

The main part of the château is already available with 2 kitchens, 2 elegant living rooms, a dining room, a large shaded patio and stunning pool, 4 stylish en-suite bedrooms and a further 3 en-suites currently being restored. Set amongst the vines of a working domaine this is a stunning setting for any family get together. During such times the Bagnis’ would live in the newly converted pied-a-terre above the tastefully restored tasting room.

Weddings at the château

Their first Wedding will be this July, the ceremony in the grounds and the reception by the pool. In such an enchanted setting it cannot fail to be anything other than romantically breathtaking!

The next phase of this project will be the conversion of their very grand Pigeonnier into a summer kitchen.

Not only did I have the pleasure of meeting Daniel and Anne Marie but also their delightful daughter Camille. Sadly I did not have the opportunity to meet Mathilde, a nurse in Marseille who comes often to the château to help out. Camille, like her mother is both charming and already impressively knowledgeable and I am sure invaluable to the realisation of this exciting family venture.

Standing with Camille admiring chateau’s sprawling vineyards and watching her father laboring with his team I can only imagine the effort but also the wonder and joy of being part of such an incredible undertaking.

I wish them every success and look forward to getting to know them better, to get to drink more of their delicious wine and watch their story unfold. 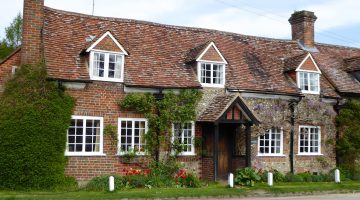