The streets of London at Christmas

Growing up in England, I always associate cold and frosty weather with Christmas. Wandering around the streets of London last week bought those childhood memories flooding back. The weather was mixed, mostly damp and drizzly, quite mild but bundling up in a coat was still required. The clouds did part on occasion but even then the light had that subdued, wintry quality. By 4.30pm darkness had enveloped us and London’s sparkling lights of Christmas shone above like small twinkles of seasonal expectation. Everywhere on the streets of London there was an air of excitement and anticipation. London’s Oxford Street bustled with impatient shoppers as the city’s iconic London red buses and London black taxi’s rumbled by.

As I approached the legendary department store Selfridges, 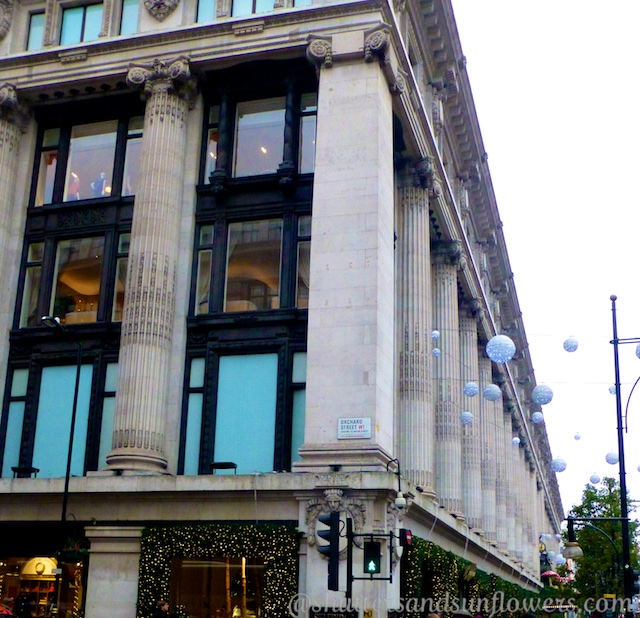 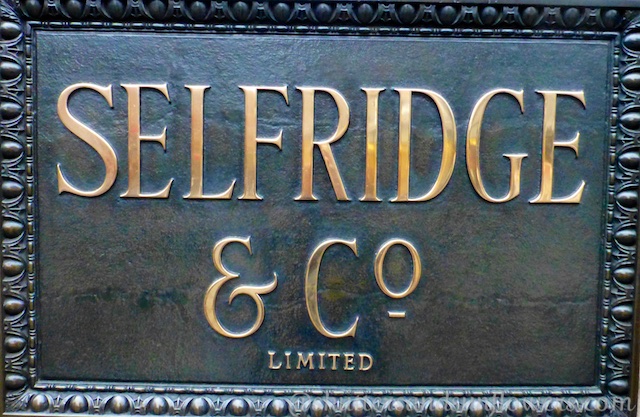 I wondered what it’s famous founder, Harry Selfridge would think of this years Christmas window display. 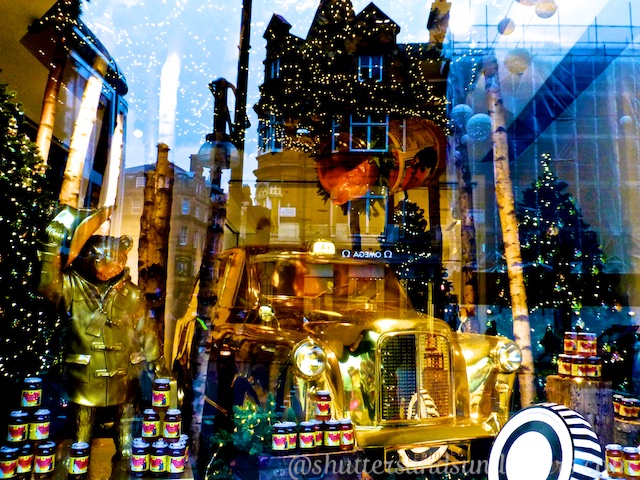 Further along Oxford Street was my favourite store, John Lewis proudly showing off their ‘Christmas penguin’, the star of Britain’s 2014 favorite Christmas advert. Watch it to see why, it perfectly encapsulates the magic of Christmas; a child’s imagination. To watch, click here  and do let me know what you think! ‘The Christmas they’ve been dreaming of.’ 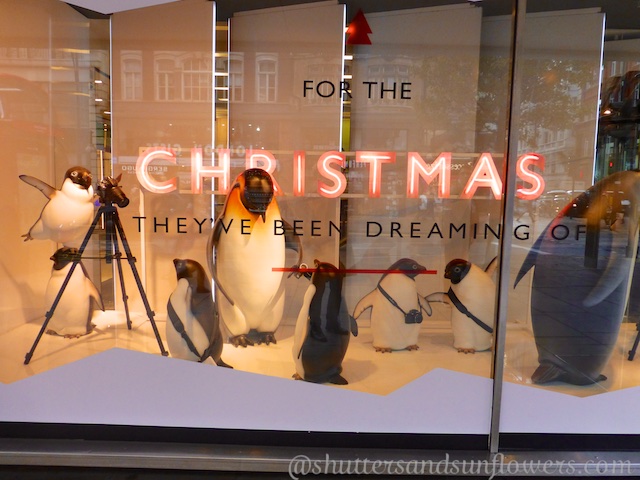 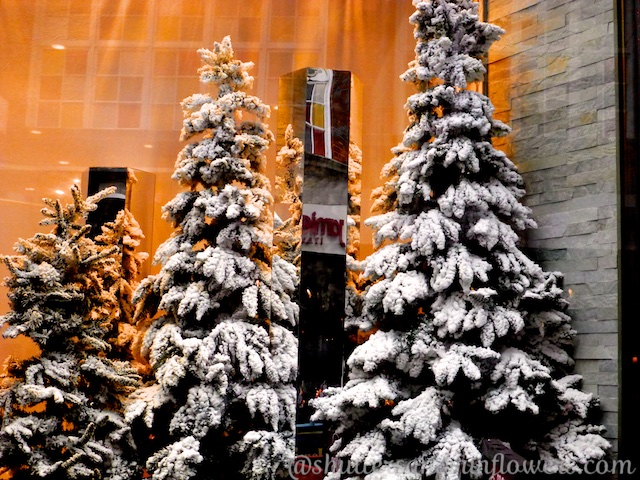 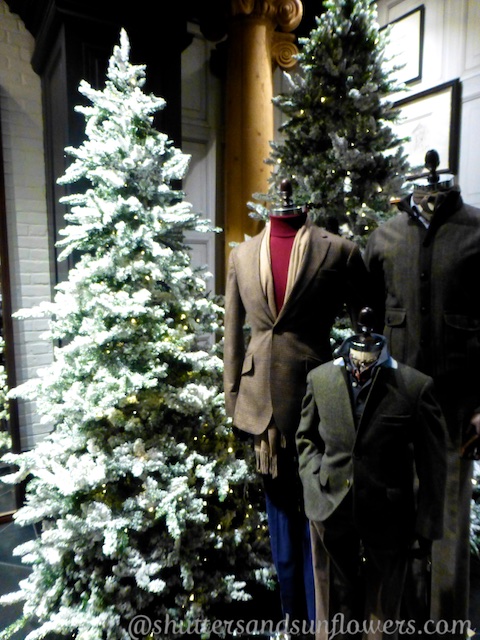 No more so in ultra exclusive Mayfair, this was one of the windows of an outfitters who supply ‘Their Majesties’, 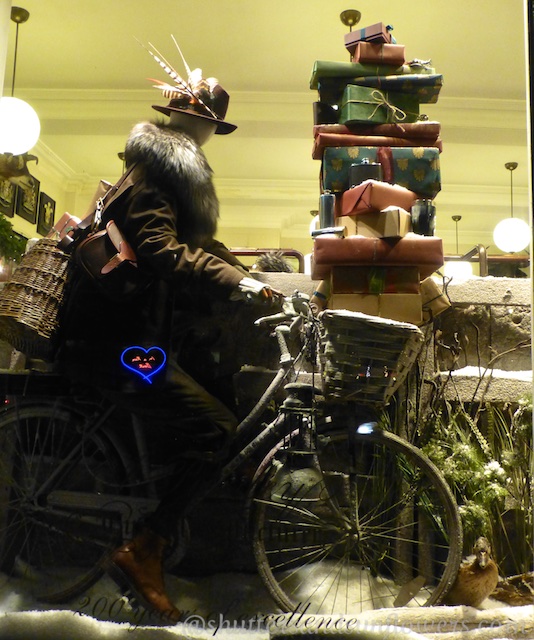 and this is where they get their stationary…’by Royal Appointment’! 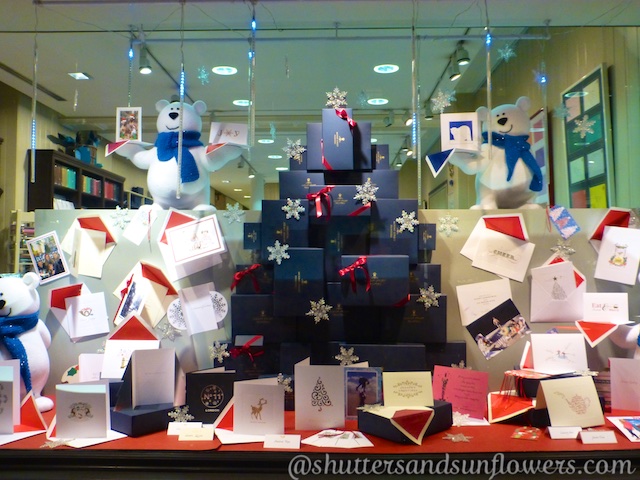 Some of these expensive Mayfair establishments had liveried doormen waiting at the door to greet you. Peeking in through their windows it was like stepping into the times of Downton Abbey’s Dowager Countess of Grantham, to an era where when one arrived by horse and carriage with a servant hurrying behind you to gather up your purchases, a world of extreme opulence which for some, clearly still exists today, incredible! 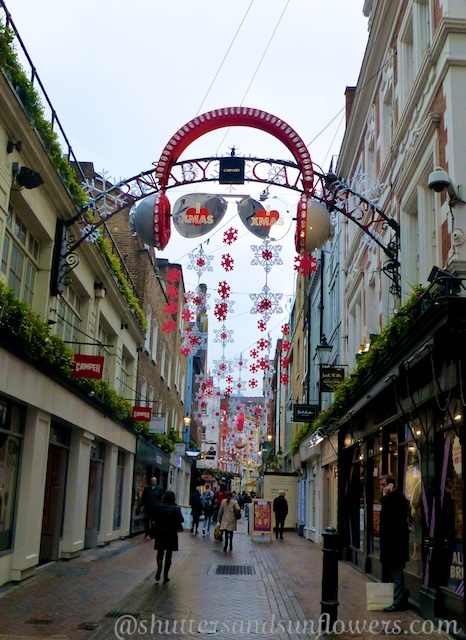 The streets became more swollen as daylight faded where I waited for the traffic to come to its momentary halt to be able to cross the road at Piccadilly Circus. 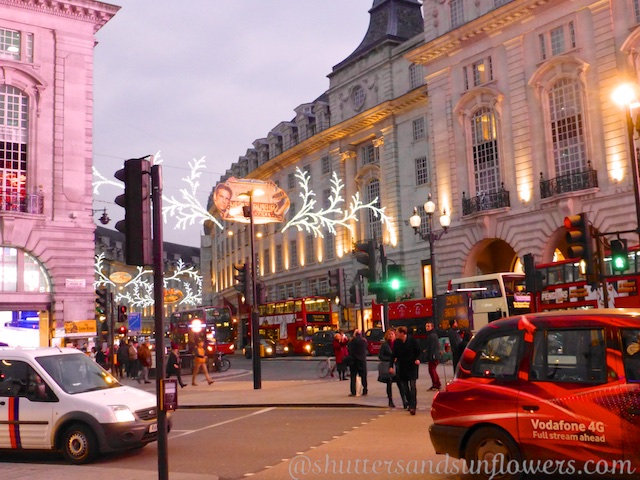 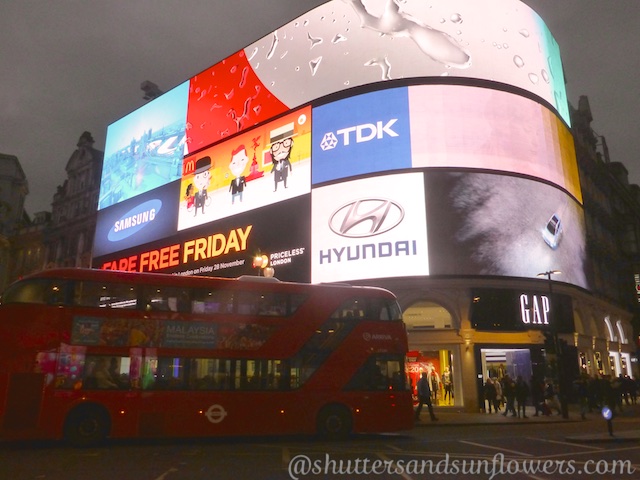 The Regent Street lights, sponsored this year by Hollywood (I don’t remember that happening as a child!) made the sky seem blue. 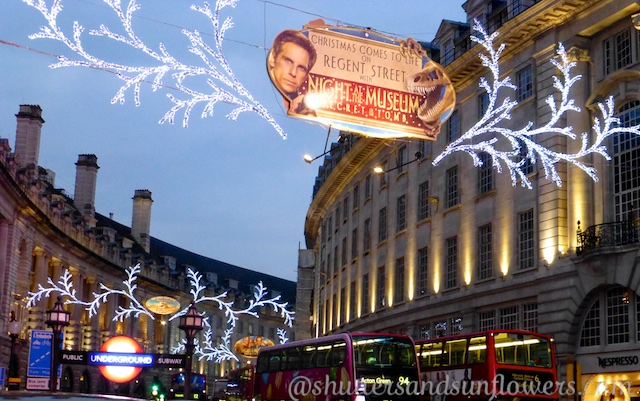 A lone Christmas tree in Berkeley Square seemed much more in keeping, far removed from the commercialism on every other corner. 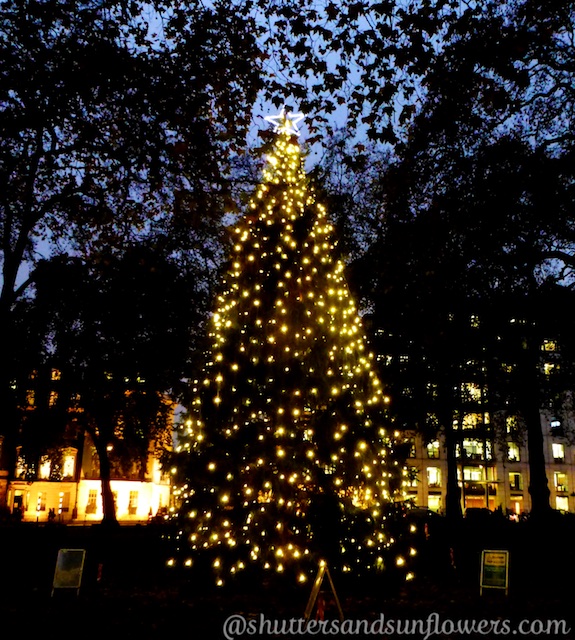 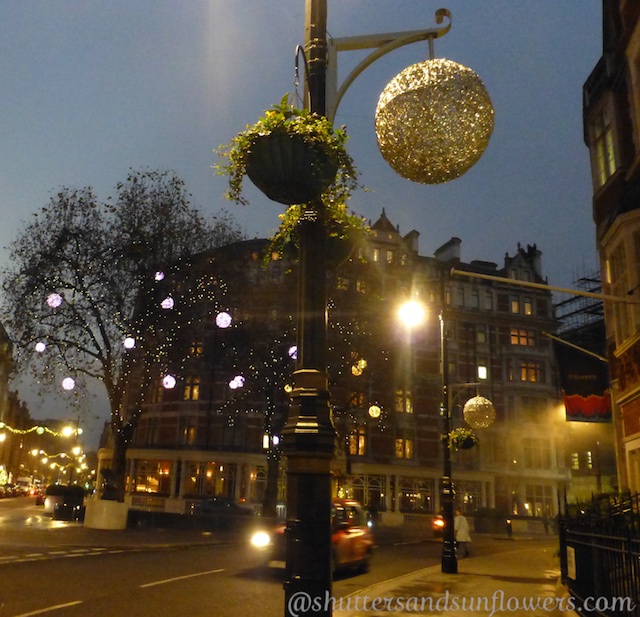 There was more to explore the following day. Join me next time as I discover Charles Dickens‘ London and appropriately for Dickens, in the words of the famous song ‘let me take you by the hand and lead you through the streets of London’………….. 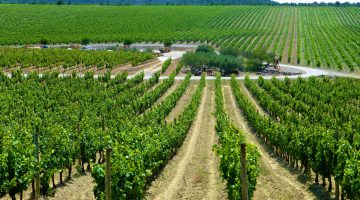