Driving south down California’s Interstate ‘5’, from San Francisco to Los Angeles, any time between mid July to mid September, you cannot fail to notice the caravan of northbound trucks hauling tomatoes in huge, white, open pallets. Where are they coming from and where are they headed? Why are the tomatoes not all carefully tissue wrapped in boxes, instead of being piled high and exposed to the elements? How do the not get ruined, especially the ones at the bottom which surely must be ground to a pulp? I decided to do some research and was astounded at what I discovered. 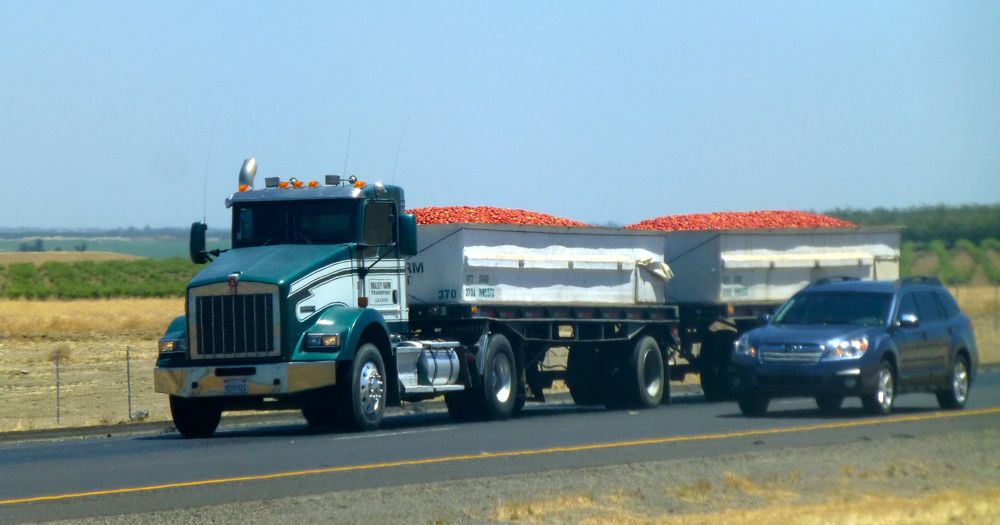 Interstate ‘5’, winds its way through California’s Central Valley, an abundant crop growing area, this much I knew but I never realized just the extent of this abundance. The Central Valley grows about 50% of America’ s fruit and nuts in addition to wheat, cotton and other crops. But the tomatoes!

13 million tones of tomatoes are grown here every year; it is a business worth about $1.5 billion annually! California produces between 90-95% of the processing tomatoes used in the United States and 1/3 of the world’s processed tomato products. During the summer a steady stream of trucks transport tomatoes north on Interstate ‘5’, from areas like Yolo county, to plants close to Modesto, Lodi, Stockton and Sacramento in Northern California. Every day ½ million tones of tomatoes are processed in these northern Central Valley’s plants, producing goods such as canned tomatoes, pizza sauce, ketchup and salsa.

These huge white bins trailing north, all contain canning tomatoes; they are small and have a thick skin which enables them to survive the harvesting and transporting process. They don’t have to look pretty like the tomatoes we purchase in the grocery store. Those tomatoes have a thinner, more tender skin. They are generally hand picked and boxed before transport since the automated harvesting techniques would crush or bruise them. 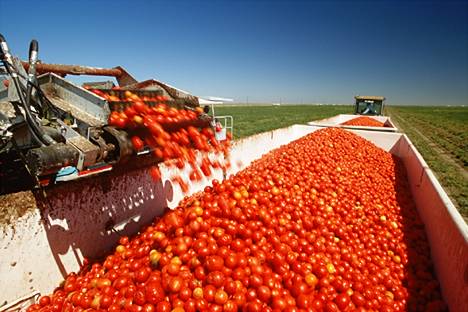 The canning tomatoes are transported in open top bins, without a tarp to reduce the transportation loading times at both ends and also to maintain quality. Using a tarp would trap heat in the tubs, and potentially degrade the quality of the tomatoes. Also with some loads being picked in as little as 15 minutes, and a charge per load by the hauler, many growers try to get as many tomatoes in as few trailers as possible. This means filling them to the brim and a little over in order to save costs.

So why is the Central Valley such a productive region? Up until the 1930’s this area was a bare desert. 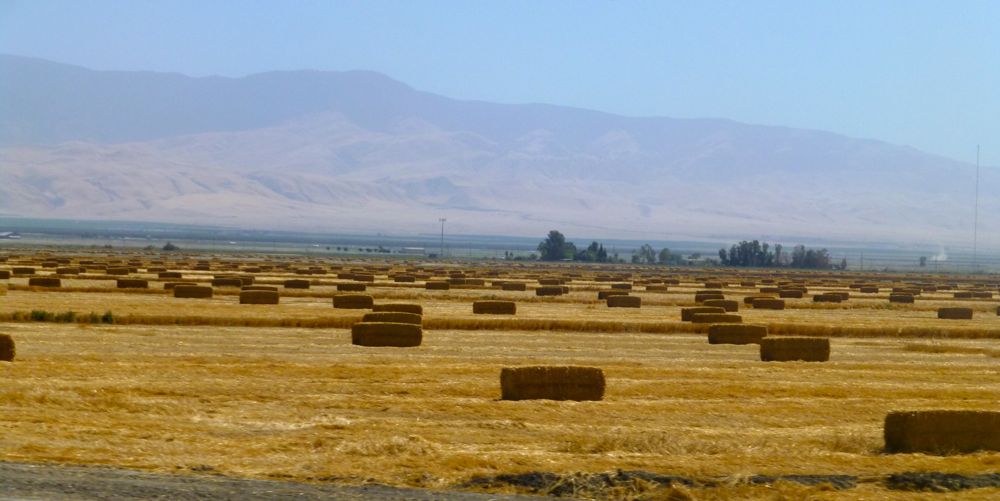 However the soil here was very fertile soil and its wide temperature range of 90–100 degrees in the day, cooling down to a mild 60’s at night, made it a potentially ideal growing region, the only thing it lacked was water. In the 1940’s the Central Valley Project (CVP) resolved the water issue, building dams such as Shasta, Friant and Folsom to divert water south to irrigate 3 million acres of farmland, one of the largest water systems in the world. This project has not been without controversy and has become a huge political issue. Without the water there would be no crops and what would chefs and consumers everywhere do without these tomatoes?!