The incredible Griffith Observatory in Los Angeles, occupying a prominent hillside site, close to the infamous ‘HOLLYWOOD’ sign, was my new Los Angeles discovery. It proves that there is always something new to learn about a city, no matter how little time you have during a hectic work schedule or how many times you have previously been there; even if you once lived there many years ago!
The night before we had celebrated a family birthday in The Firefly restaurant in Studio City, a Los Angeles suburb, another wonderful discovery. Discreetly tucked back on Ventura Boulevard, without even a sign to announce its existence, we were treated to a delicious, elegant meal in delightful ‘indoor/outdoor’ surroundings, chic but unpretentious and minimalistic, as this table center-piece attests: 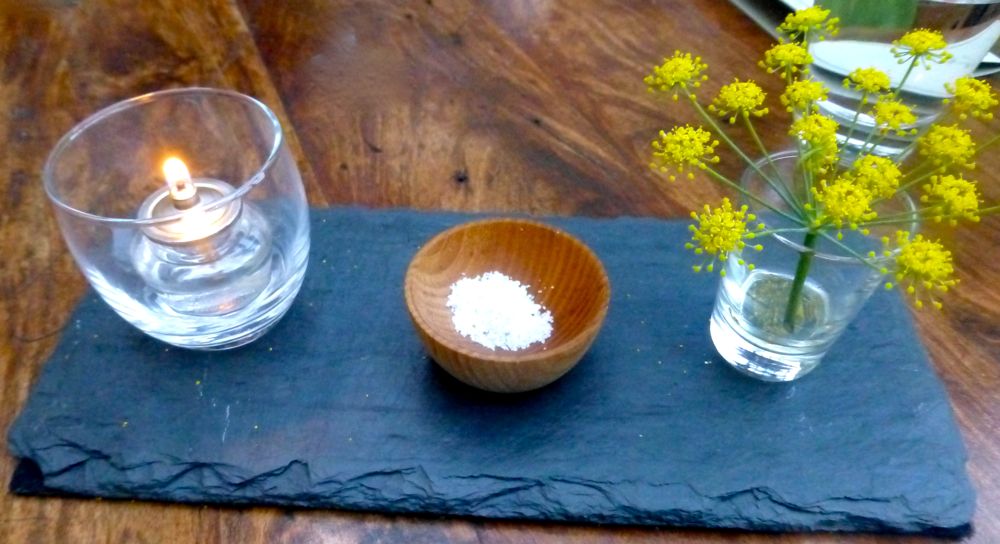 The next morning found us at the Griffith Observatory. Just a couple of miles above Hollywood Blvd in Los Feliz, this grand lady has dominated the skyline since 1934. It’s story however goes back much earlier…

The Griffith Observatory was built on property once belonging to the Fells family, who were given the land by the then Spanish Governor of California in 1775. In 1882, it was purchased by Griffith Jenkins Griffith, a wealthy mining speculator, from Wales, Britain. In 1896 Griffith donated 3,015 acres of the property to Los Angeles to create a ‘Great Park’ for the city, believing a park was vital if Los Angeles was to prosper as one of the world’s leading cities. Griffith Park went on to become the largest park in any American city  – today stretching to over 4000 acres. As a point of comparison, New York’s Central Park is 843 acres.

After visits to the Southern California Academy of Science and Mount Wilson, which at that time had the world’s largest telescope of 60 inches, in 1912 Griffith donated a further $100,000 to build an observatory. Griffith’s vision was to make science more accessible to the public providing them access to an astronomical telescope.  The observatory was shaped by some of the greatest scientists of the day and when it opened on May 14th 1935 it also included a planetarium, the 3rd in the United States. The Depression, which had reduced the prices of building materials meant some of the finest materials of the time were used for its construction.

Today the observatory has become an iconic Los Angeles landmark, visited by millions of people each year, who enjoy the impressive architecture and stunning views, but who are also granted free access to a very impressive science museum. Griffith’s goal of presenting the wonders of science to the general public is beautifully executed within this informative and fascinating observatory.

Views of downtown Los Angeles through the smog! 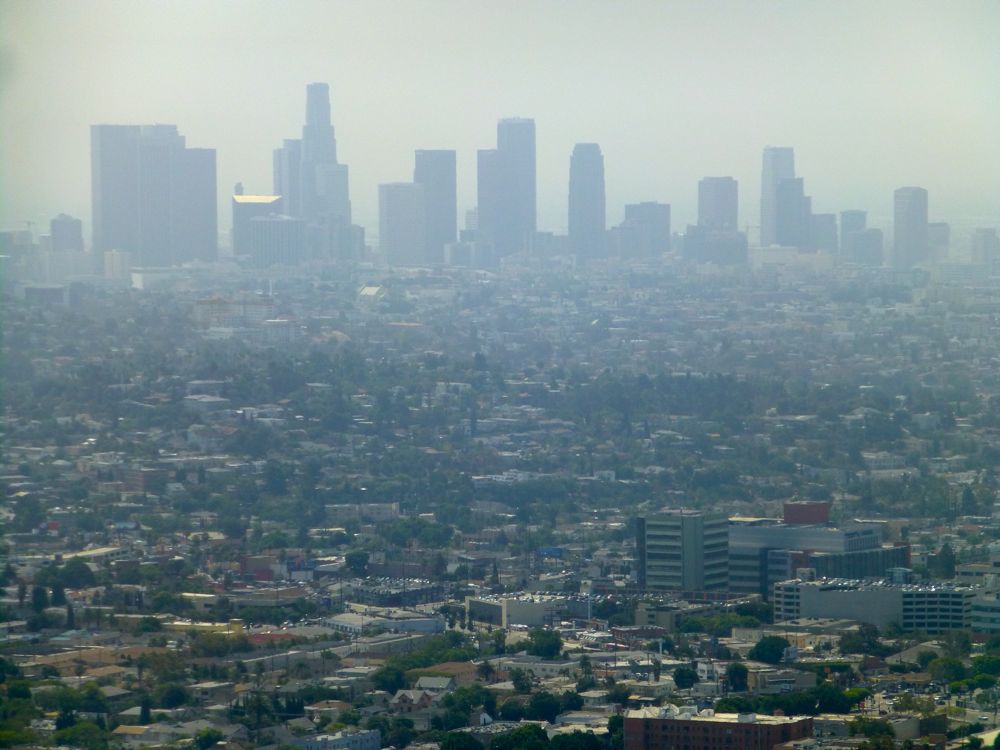 Entrance to the Griffith Observatory 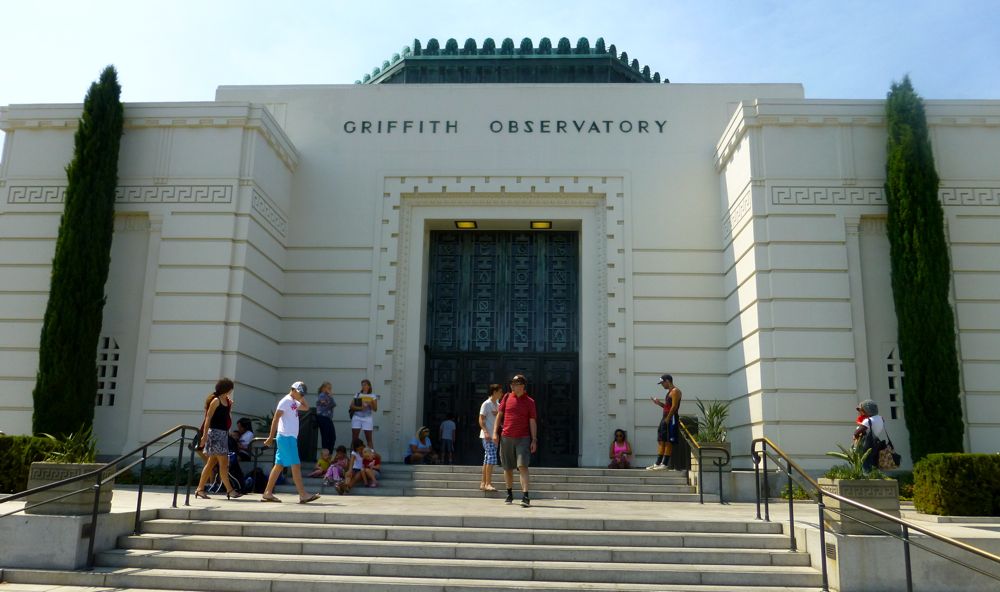 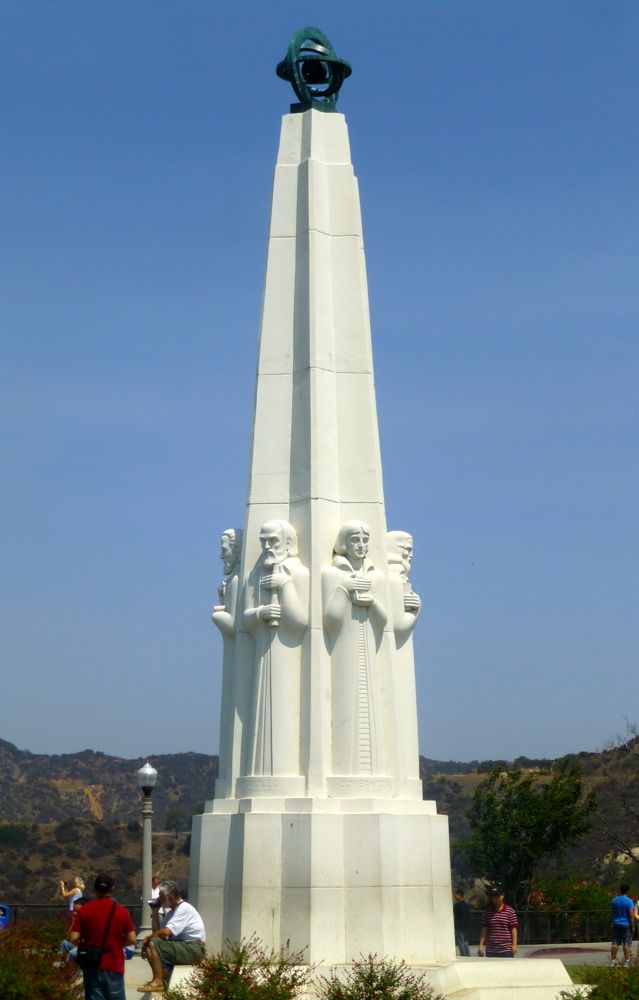 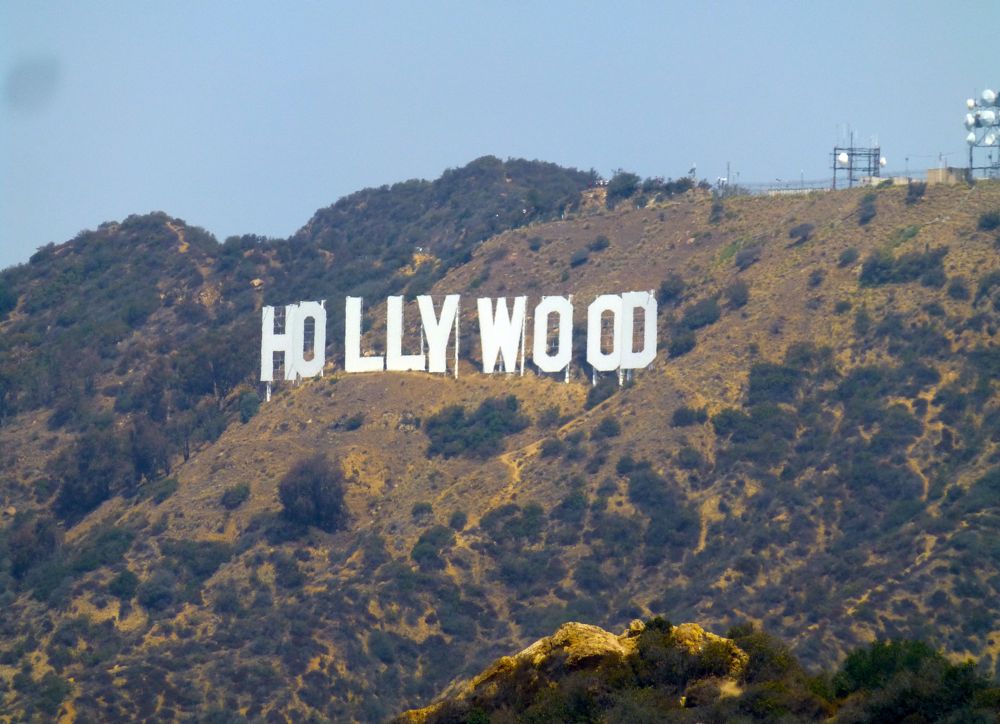 This magnificent sign was constructed in 1923 at an epic cost of $21,000, to advertise an upscale Hollywood housing development in rapidly growing ‘tinsel town’. The sign embodied a message both then and now: “this is the place where magic happens: where dreams come true”.
Originally erected as ‘Hollywoodland’, the sign gradually fell into disrepair until 1949 when it was restored, loosing it’s ‘LAND’, to become the iconic HOLLYWOOD of today. Sadly, over subsequent years it was not well maintained and began to rust, perhaps reflecting the recession within the movie industry itself. Finally in 1978 a massive restoration project was organized, leaving Hollywood without a sign for 3 months. The immense cost of rebuilding (an estimated $250 000), was largely donated through Hugh Hefner’s efforts to enlist the support of Hollywood stars  – offering them the chance to sponsor a letter. Rocker, Alice Cooper bought an ‘O’, Gene Autry an ‘L’ and Andy Williams the ‘W’.
194 tons of concrete, enamel and steel later, the sign once again dominated the Hollywood hills –  as if announcing the rebirth of the movie industry itself. Today, the sign is a universal landmark – featured in international millennium celebrations alongside The Egyptian Pyramids and Eiffel Tower. Protected by its trust and further fund raising efforts from Hefner ,the sign is an inspiring symbol and reminder to the world that Los Angeles remains the center of the magical movie industry, where for some; ‘dreams do come true’! 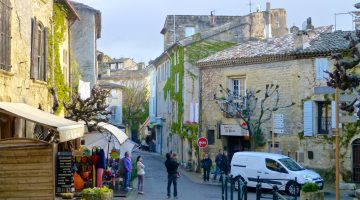 What to see and do in Lourmarin