The 34th America’s Cup is being held this September, 2013, in the stunning San Francisco Bay. Flanked by the world famous arches of the Golden Gate Bridge at one end of the course and the Bay Bridge at the other with the infamous Alcatraz Island in between. Set against the evocative San Francisco city skyline, under blue Californian skies this is an event that no-one ‘local’ like us, wants to miss. Twice, we have been fortunate enough to be out in the chopping surf, amidst the excitement, chasing the Challengers in the Louis Vuitton Cup. As we’ve watched the contending crews stretching themselves to the limits of physical endurance, tearing through the swirling currents and whitecaps I could not help wonder where did this all begin, how did this event start and what exactly is the Louis Vuitton Cup and its relationship to the America’s Cup?

The history of the America’s Cup 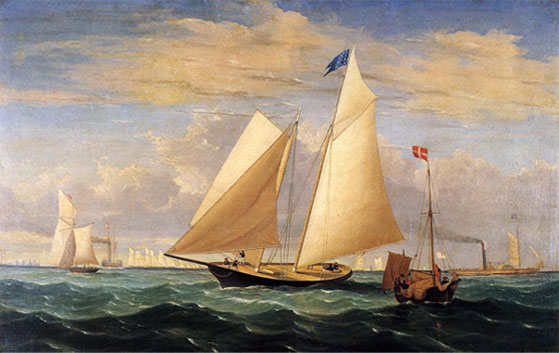 It probably comes as no surprise, that like many things nautical, the America’s Cup began in Great Britain in 1851, in an age when Britain still dominated the seas. In August 1851, during a yachting race off the south coast of England, as Queen Victoria watched the sleek schooner ‘America’, from the New York Yacht Club, pass the Royal Yacht she inquired who was in second place. Her attendants reply; ‘Your Majesty, there is no second” remains the defining description of the America’s Cup and its pursuit of excellence. ‘America’ went on to win the Royal Yacht’s Squadron 100 Pound Cup, victoriously taking the trophy back to New York where it remained for 100 years despite the fierce competition to regain it.

By 1970 there were several yacht clubs wishing to participate so it was decided to organize a competition which became known as the Challenger Selection Series, to determine the single Challenger to face the previous year’s winner – known as the Defender.
In 1983, as a result of Louis Vuitton’s involvement in the Challenger Selection Series, the Louis Vuitton Cup was created. For the first time this allowed more than one crew to challenge the Defender, ensuring that the strongest possible team were able to face and possibly beat the Defender. That same year, for the first time in 132 years, the cup left the New York Yacht Club following defeat by the Australians
Dennis Conner, from the San Diego Yacht Club won it back for the Americans in 1987 but in 1995, the Kiwis returned it to the southern hemisphere following their resounding victory. By 2000 other challengers had entered the competition, Prada’s Luna Rossa from Italy, the Swiss’ Alinghi, and teams from USA including Larry Ellison’s from Oracle.
Following a Swiss victory in their yacht Alinghi, the 32nd America’s Cup was held in Valencia, Spain and a new era of the America’s Cup dawned. A new organizing authority was created, nationality rules were abolished and stipulations regarding transfer of technology from prior syndicates were eased. The BMW Oracle victory at the 33rd Cup meant the event would once again be back in America and the venue for the 34th Cup was to be San Francisco. 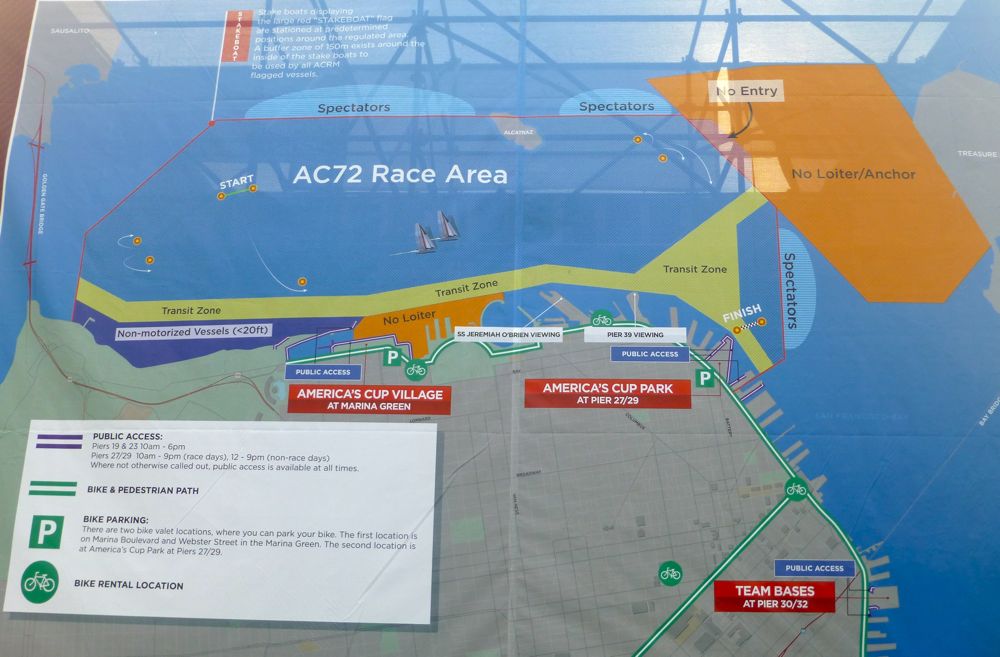 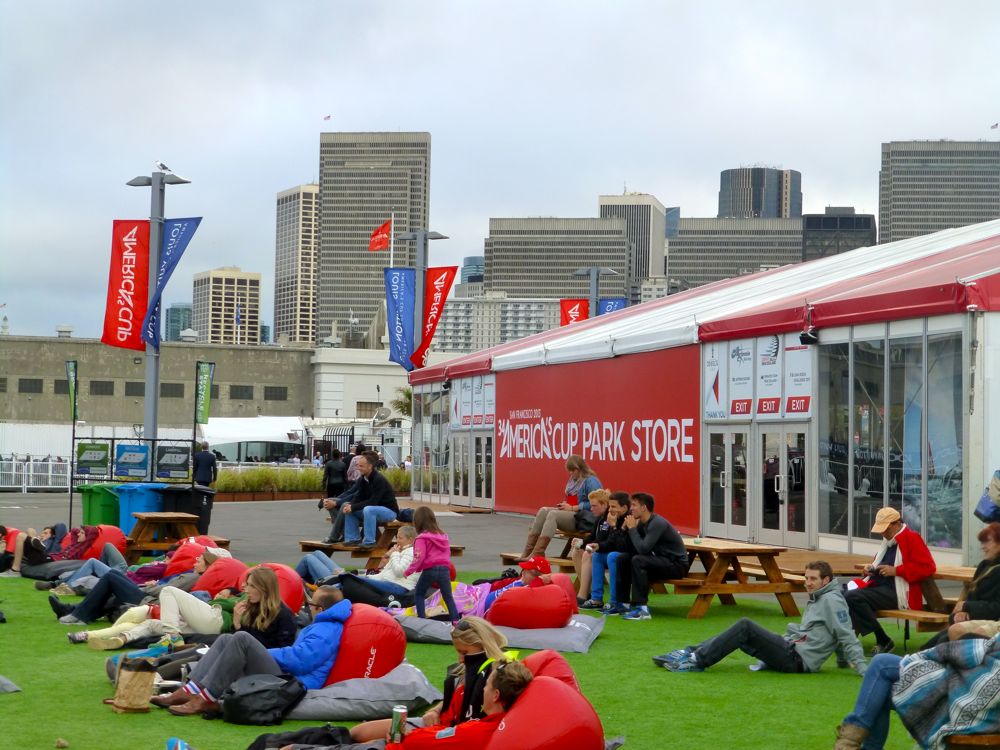 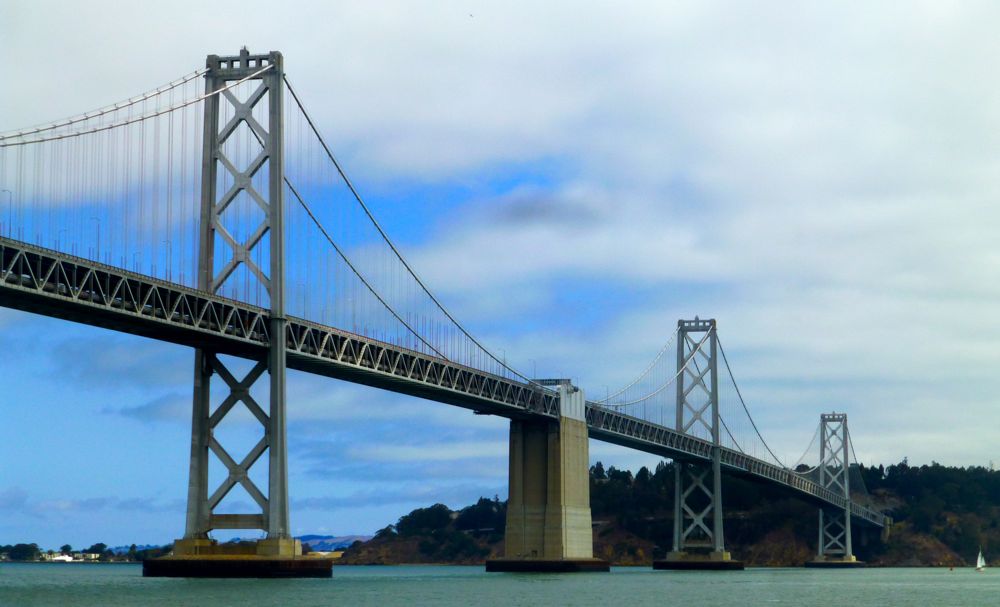 July 28th 2013, watching the Italian’s, Prada’s, Luna Rossa compete against Emirates Team NZ in the Louis Vuitton Cup to determine the Challenger against the Defender, Oracle Team USA, in the 34th America’s Cup. At this event Emirates Team NZ were victorious. 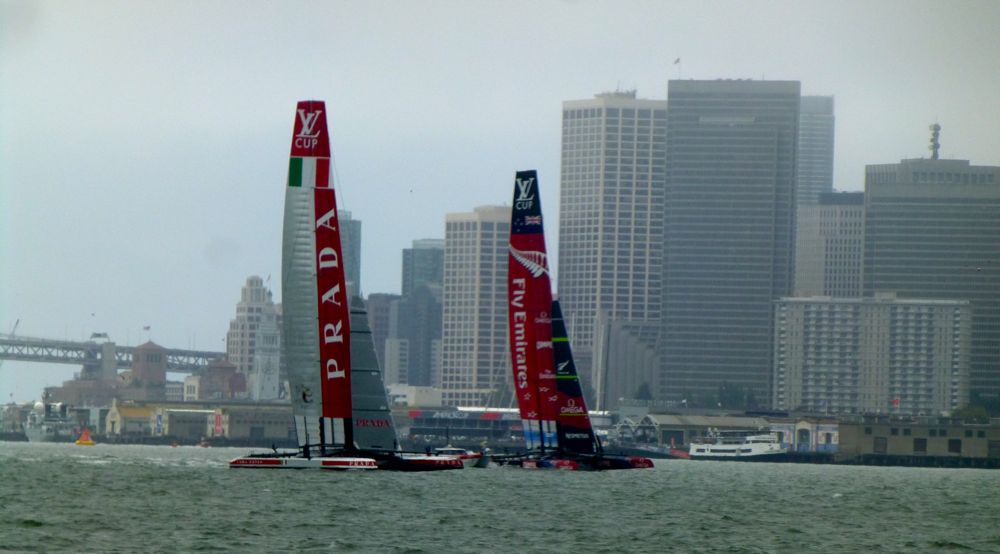 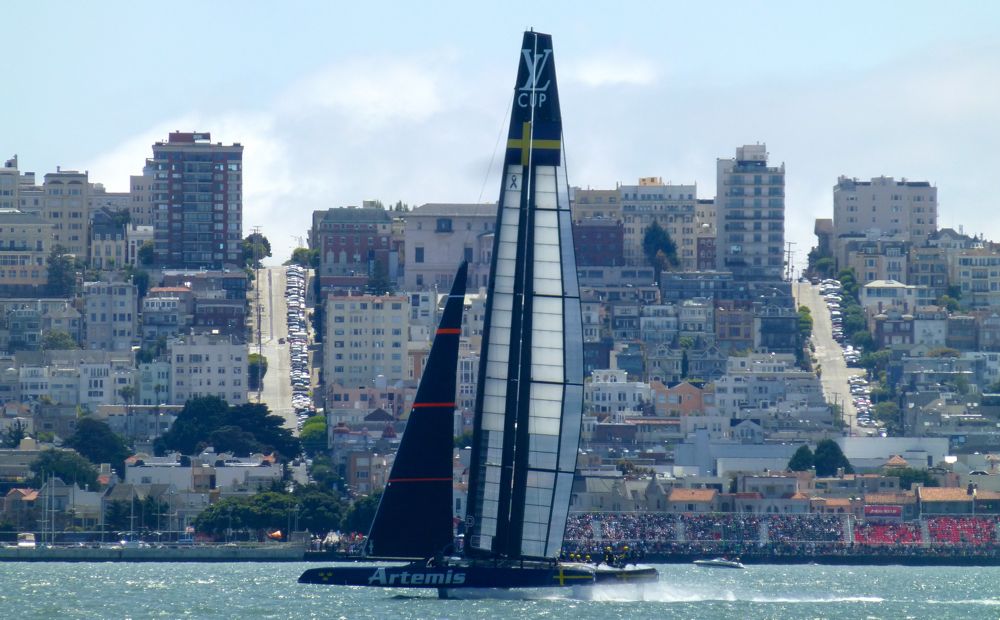 Spectators keeping up with the competitors 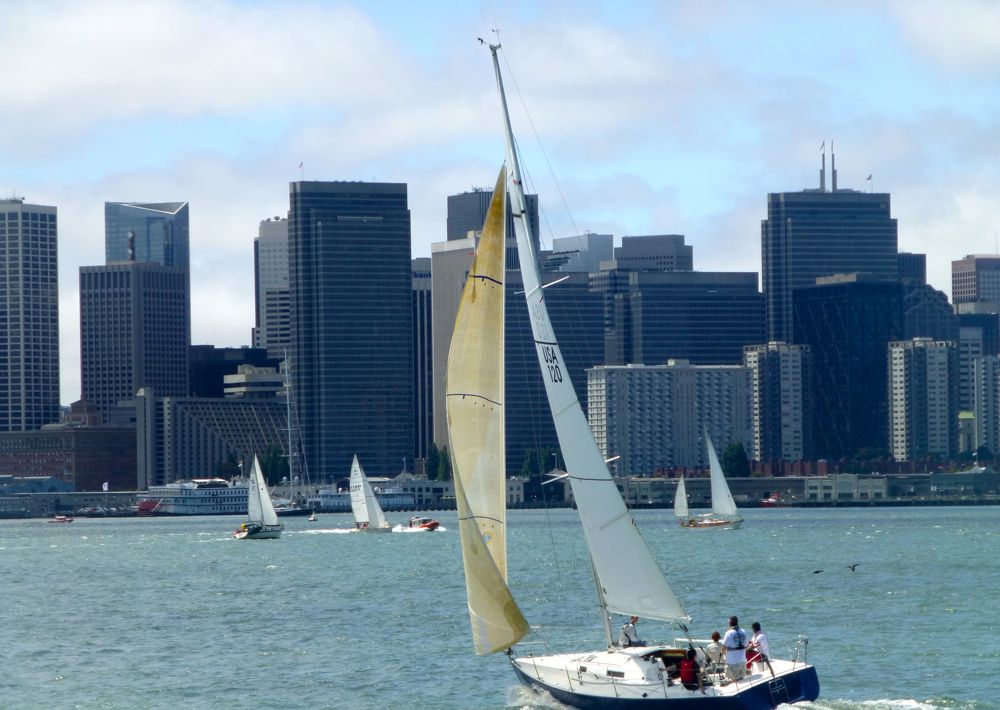 Following the challengers, Artemis and Luna Rossa towards the Bay Bridge

The Kiwis passing Alcatraz Island, keenly watching the race as they will compete against the winner to be able to have the chance to challenge Oracle Team USA in the America’s Cup itself. 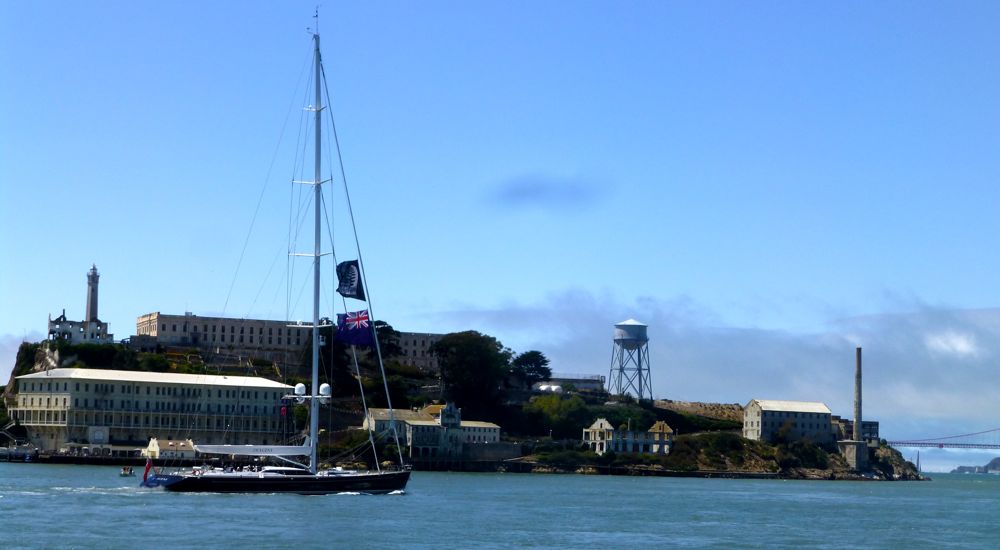 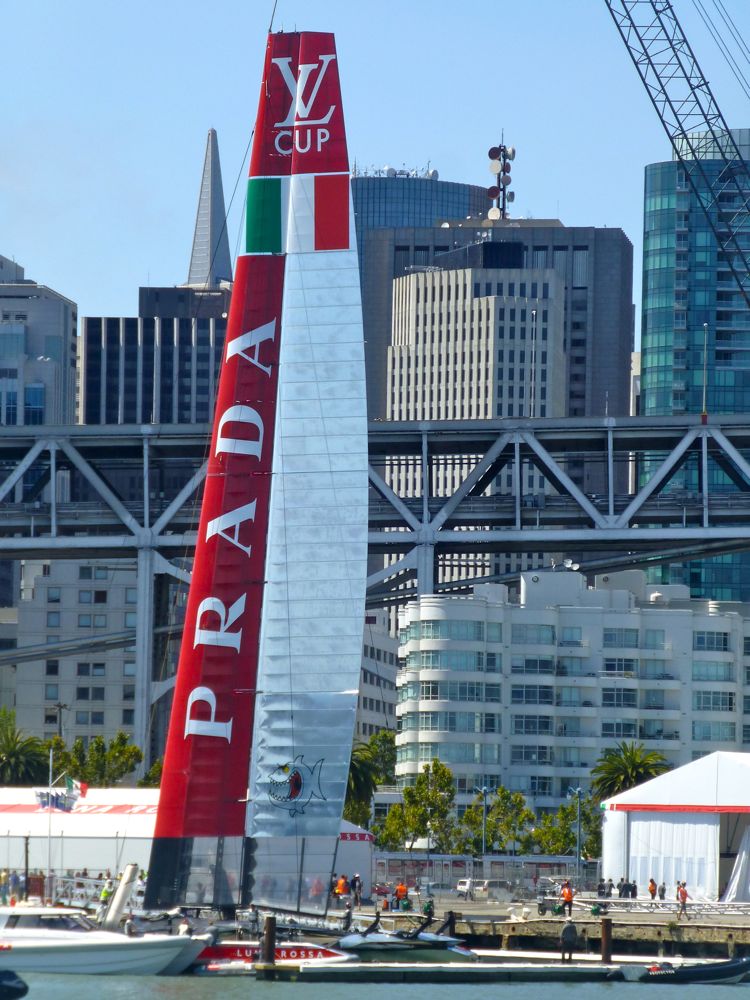 Luna Rossa will face Emirates Team New Zealand to determine who will be the Challenger to Oracle Team USA in the 34th America’s Cup. 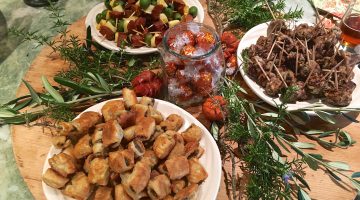