Contemplations on a Las Vegas drive

Driving to Las Vegas never ceases to amaze me. How did this world famous, vibrant, if not extremely bizarre, neon light, party place come to be in existence in the middle of an arid, almost barren desert, miles from anywhere? It also brings home the vastness of this great continent of the United States of America, its sheer size and contrast. Together with a renewed respect for all those that crossed its many plains through often extremely difficult, treacherous terrain by horse and wagon.
We however were able to appreciate the unique spectacle and beauty of the high desert from the comfort of a sophisticated, air-conditioned piece of German engineering, which despite the snaking weave of traffic, safely took us from Los Angeles to our glitzy destination within just a few hours.

The magic of the Mojave desert

The desert has its own magic, on a mid July afternoon it seemed dusted by a pink haze. That anything survives the intense heat is a miracle. It inspired me to want to consult ‘the voice of Nature’, David Attenborough, to re-watch one of his programs, where he so succinctly explains what lives and thrives in such conditions. 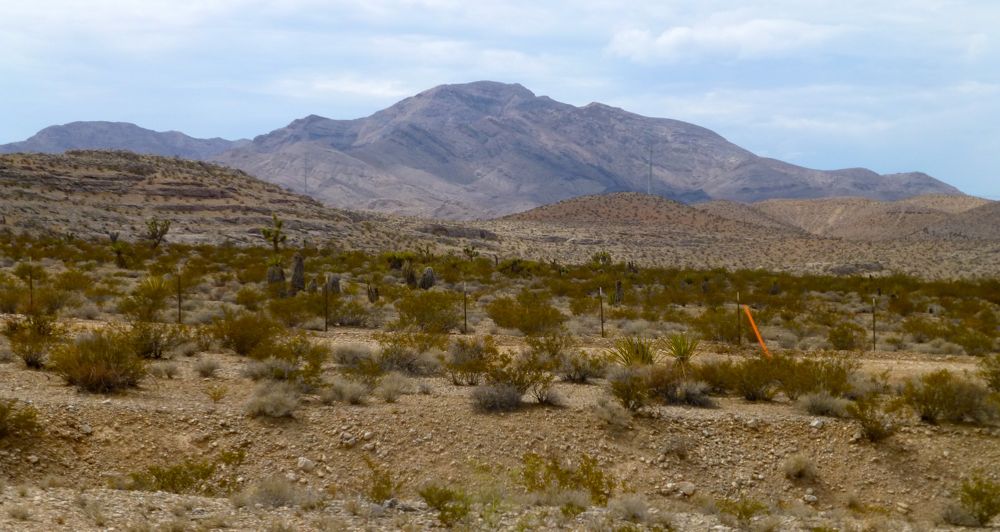 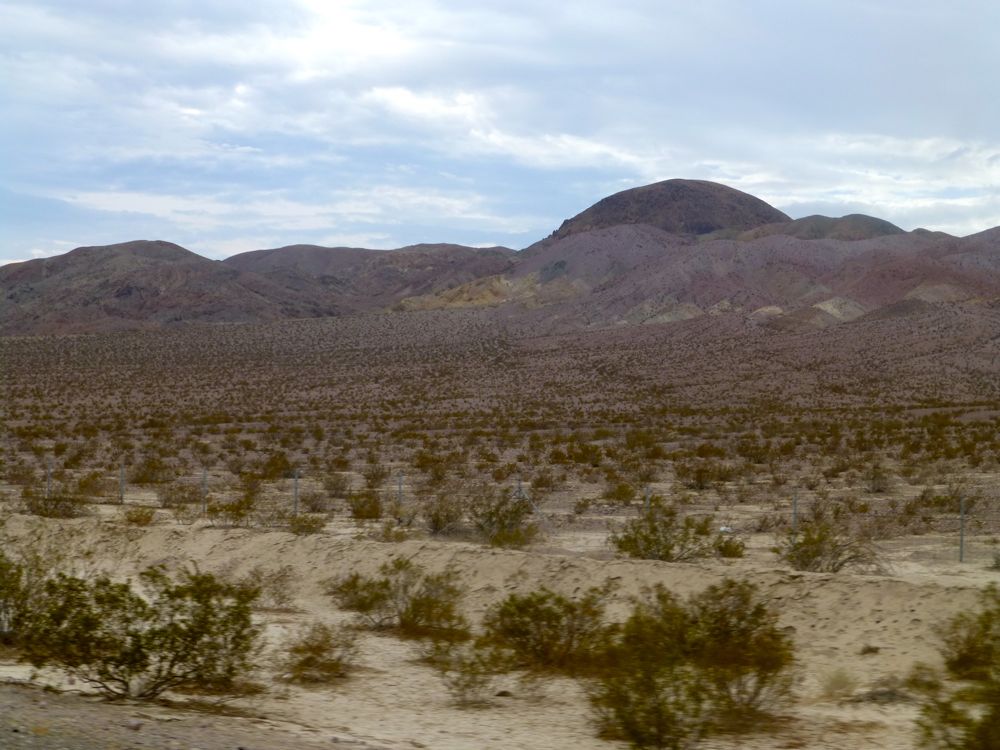 About 40 miles outside of Las Vegas, alomg interstate 15, we passed this ‘movie set’ – well that’s what it looked like – some futuristic plant from a James Bond Film or Matthew McConaughey’s ‘Sahara’. We decided that maybe it was a solar energy station, it was an only an educated guess but it proved to be correct! 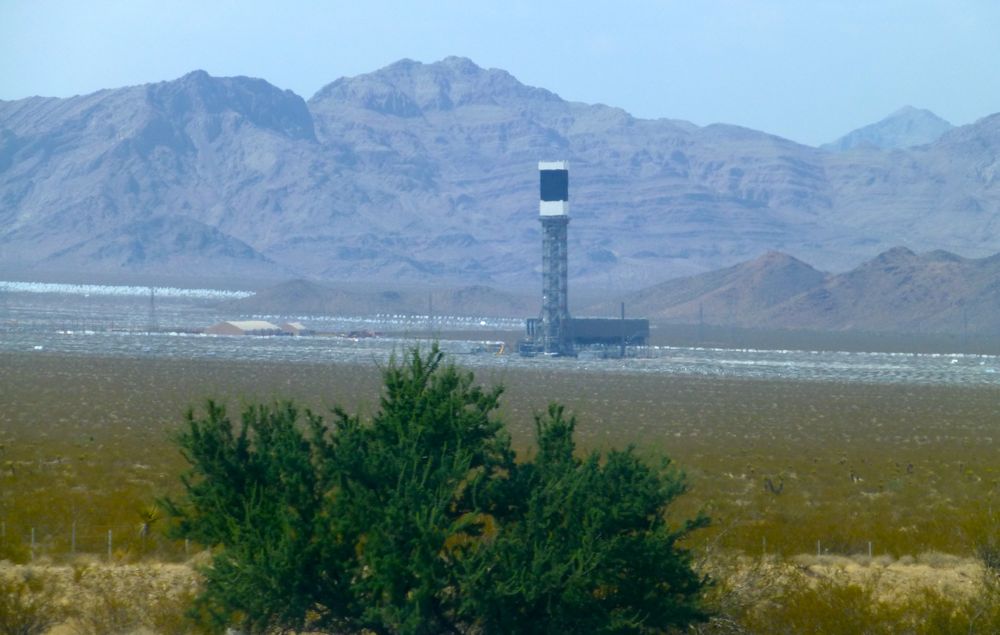 Suddenly, appearing out of almost nowhere, even though you know this is actually where you are heading, you find yourselves arriving in a sparkling, man-made, over the top, high rise spectacle, where ‘anything goes’ and seemingly the more crazier and more outrageous the better. A place where other places are re-created in an unreal, frosted glaze……. 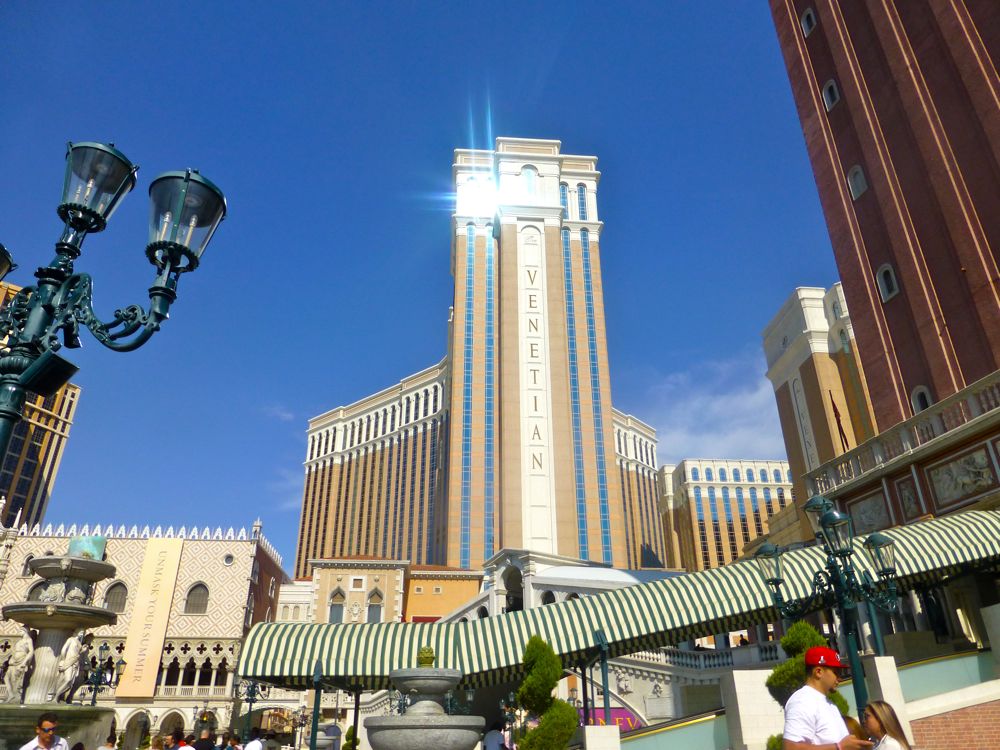 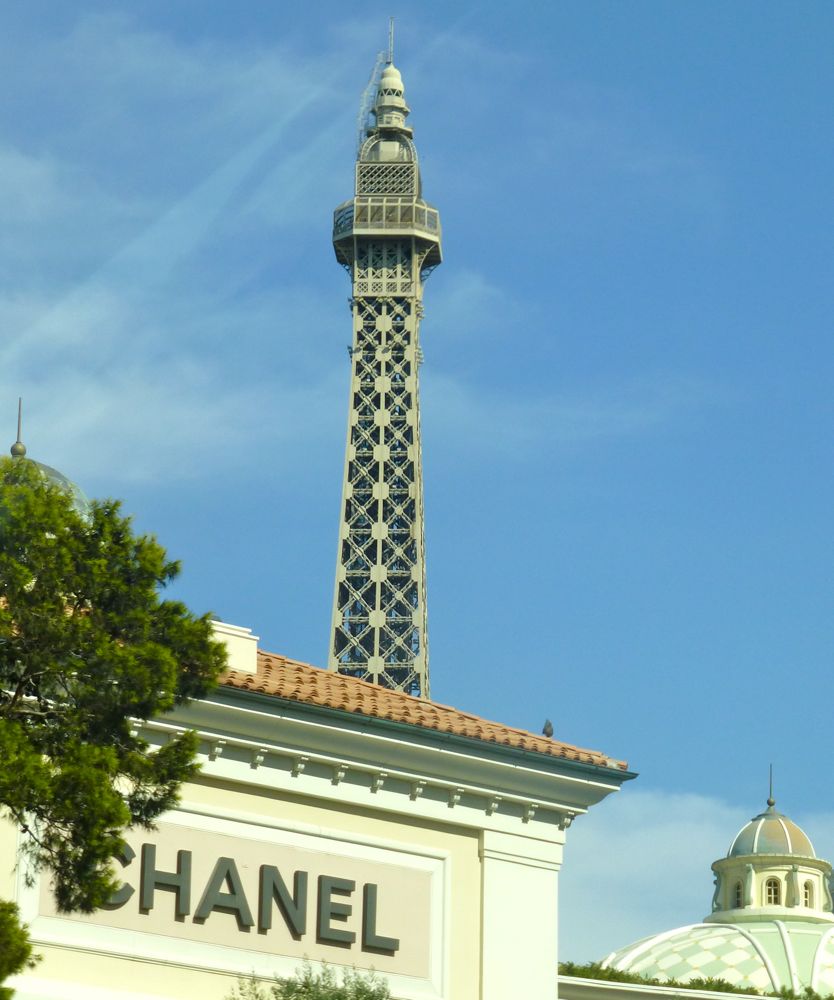 Hinkley, a world away

Two days later after our friends fabulous Las Vegas Wedding we made our return back to San Francisco, leaving this somewhat tawdry glamour behind us. Within a few of hours Vegas became a distant memory, so far removed was it from the complete contrast of Hinkley, the town whose water was contaminated by P.G.& E., made famous by Erin Brockovich and the movie about her story. It was humbling, you wonder how people come to live in such a desolate place, what they do for a living. Miles from anywhere, mostly too hot to farm, where even a trip to a grocery store of any size takes several hours. People endure amazingly different life styles, one person’s reality is so incredibly far apart from another’s, not just in other continents but right here in California, within a few hundred miles of where we live. 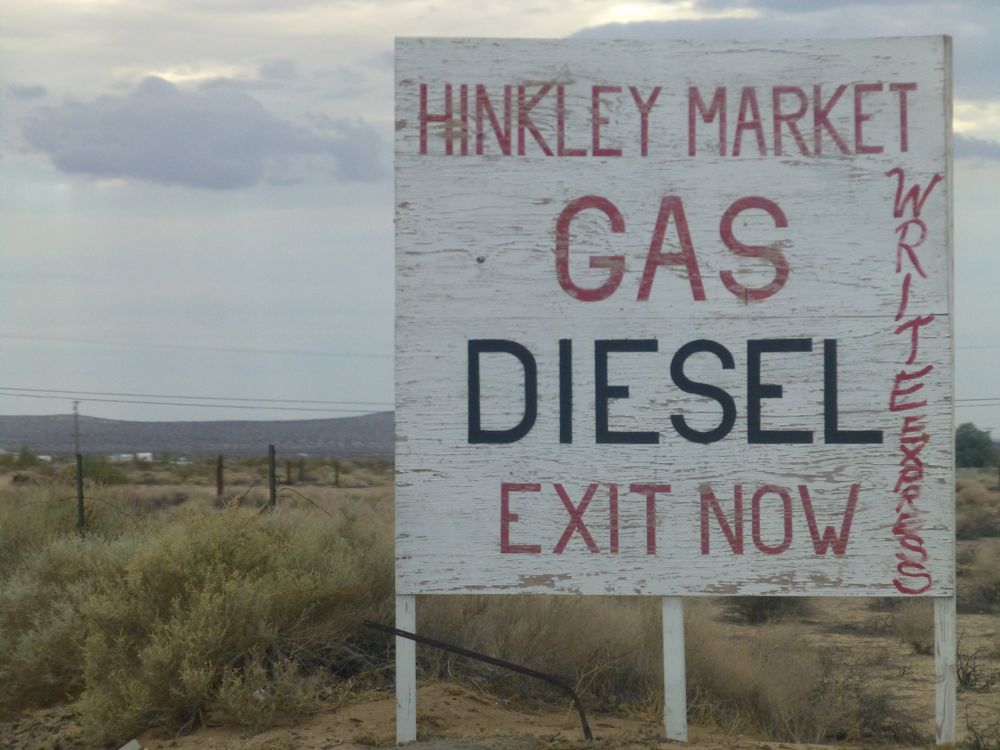 As we sped by dry and now almost deserted Hinkley, the land seems to have given up and shriveled 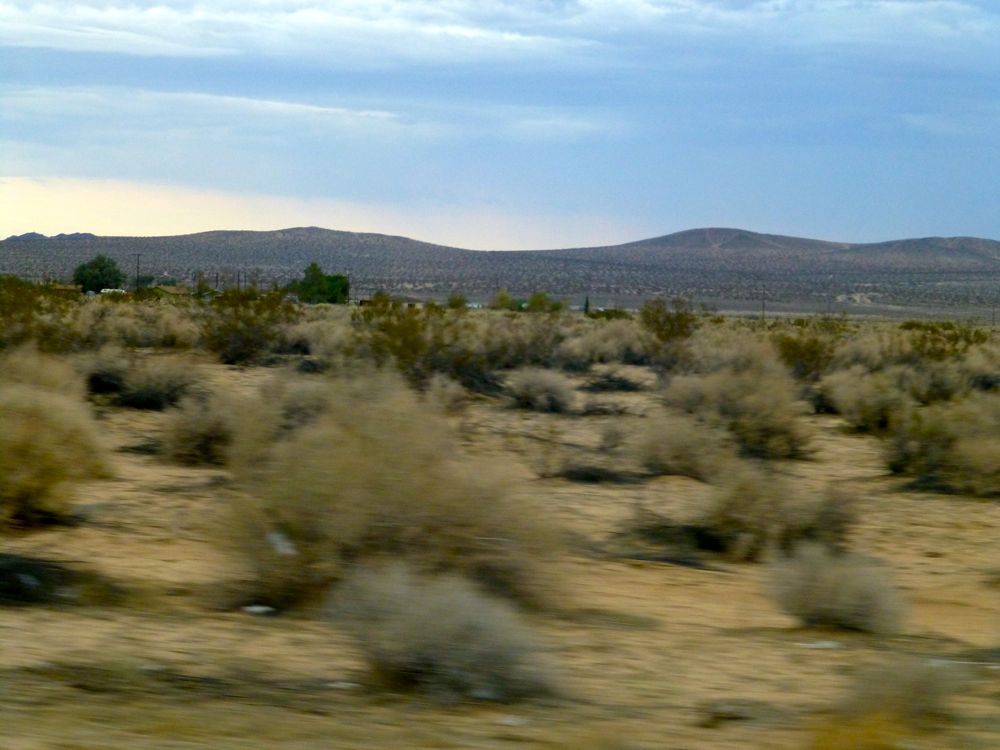 Mojave Desert to the Central Valley

As the Mojave Desert gradually gave way to the beginnings of the lushness of the Central Valley, daylight gradually faded and we were treated to a spectacular sunset. A blast of Mother Nature’s brilliant colour, far more impressive and real than that we had just driven from……. 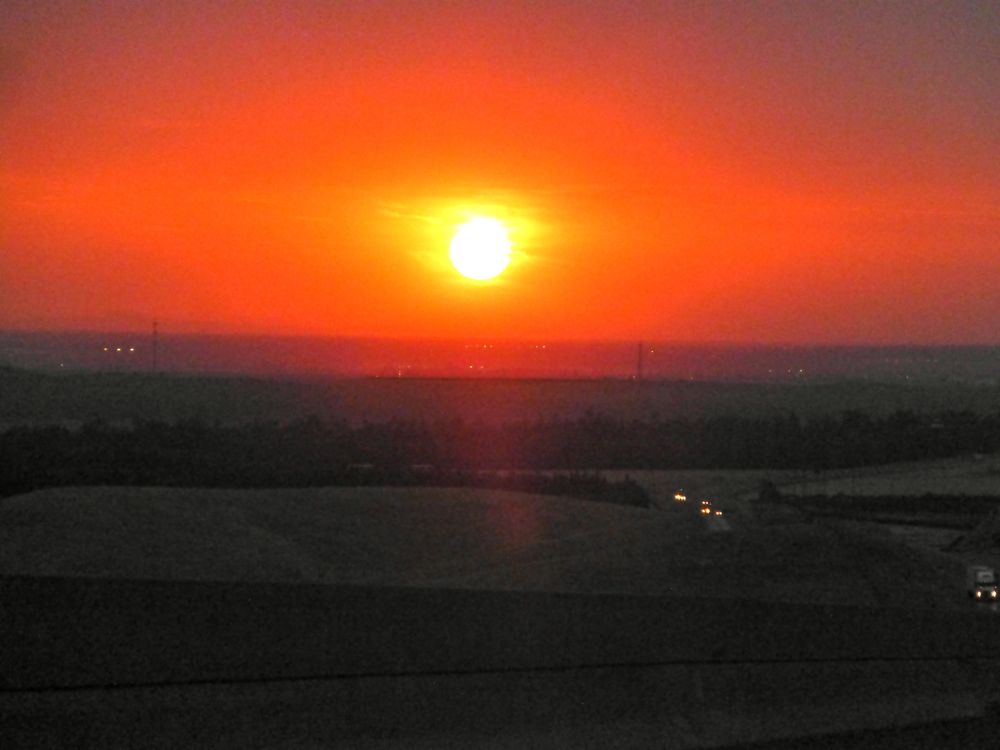 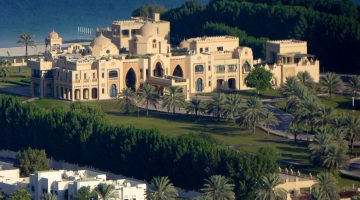