Belgium is world famous for its chocolates, beer and lace. It seems a strange combination of products and the history of each is fascinating. Belgian beer production is probably the oldest of the three, beer has been brewed and drunk in Belgian provinces from the time of the first Crusades. Lace making in Belgium was started in the 15th century. Belgium’s chocolate production is more recent, from the start of the 20th century. Bruges is a testimony to all three, with its many chocolatiers, breweries and lace shops.

The luxury chocolate trade today is centered around Belgium and this is generally though to be because the Belgians invented praline. In 1912, Jean Neuhaus, founder of the famous Neuhaus-brand, invented a chocolate layer or shell filled with a soft fondant center or nut paste. It was, however, The Duke of Plessis-Pralin, an ambassador serving Louis XIII, who was responsible for the name, pralines. Bizarrely, he had the idea of distracting the rebels of Bordelais by coating almonds in a sugar-based crust, he discussed this with chefs of the time and praline was born! 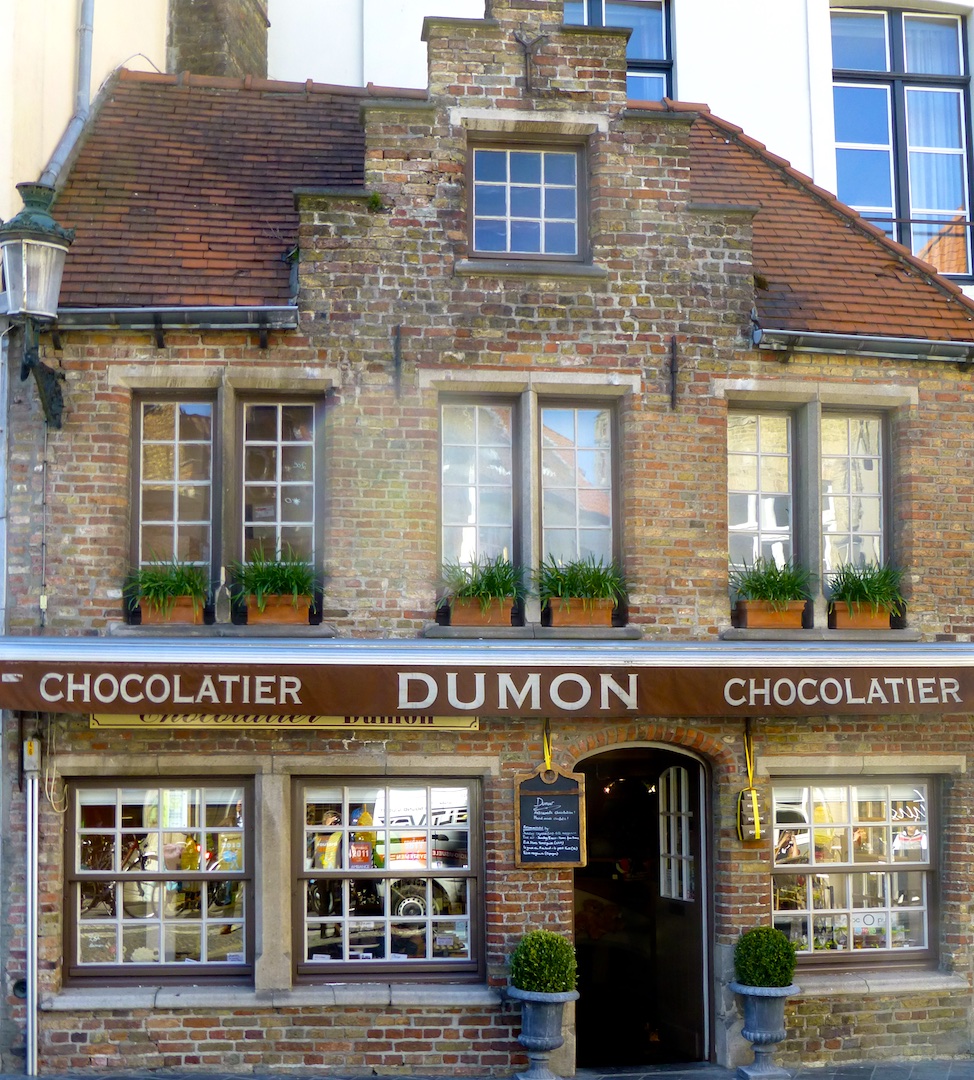 Belgian pralines are chic and elegant and require appropriate packaging to protect them. So in 1920 Jean Neuhaus designed a suitable packaging for his pralines: the famous rectangular box, also known as the ballotin, that to this day cherishes Belgian chocolates all over the world. Until then Belgian pralines were wrapped in small cone-shaped paper bags. 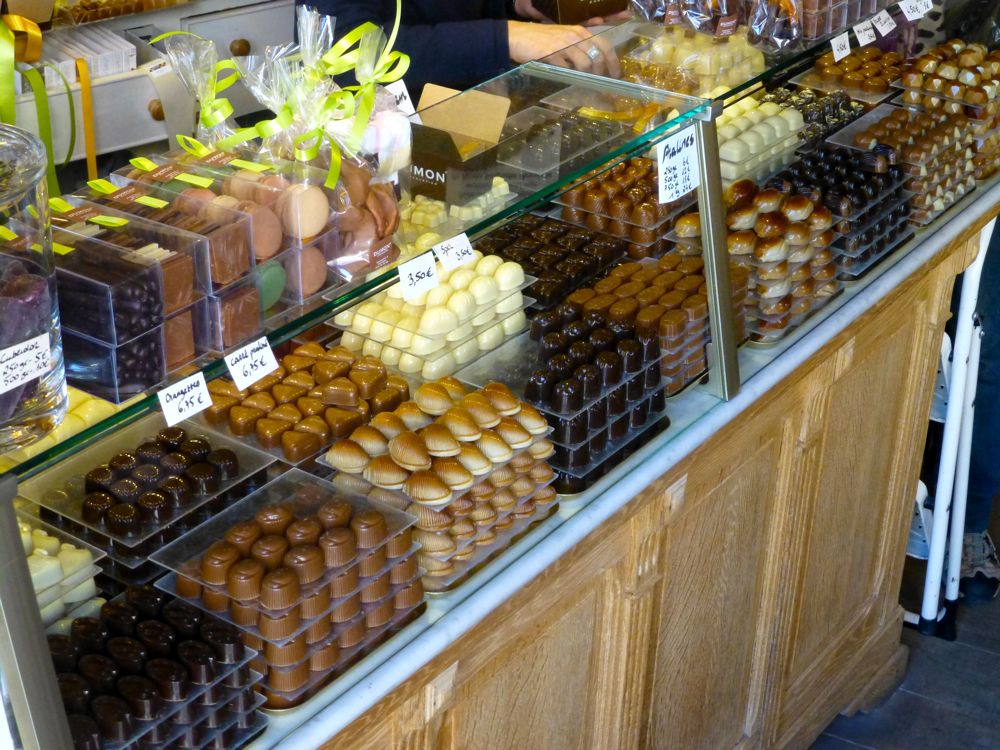 Belgian pralines still retain an air of luxury and decadence and are as popular and delicious as ever. 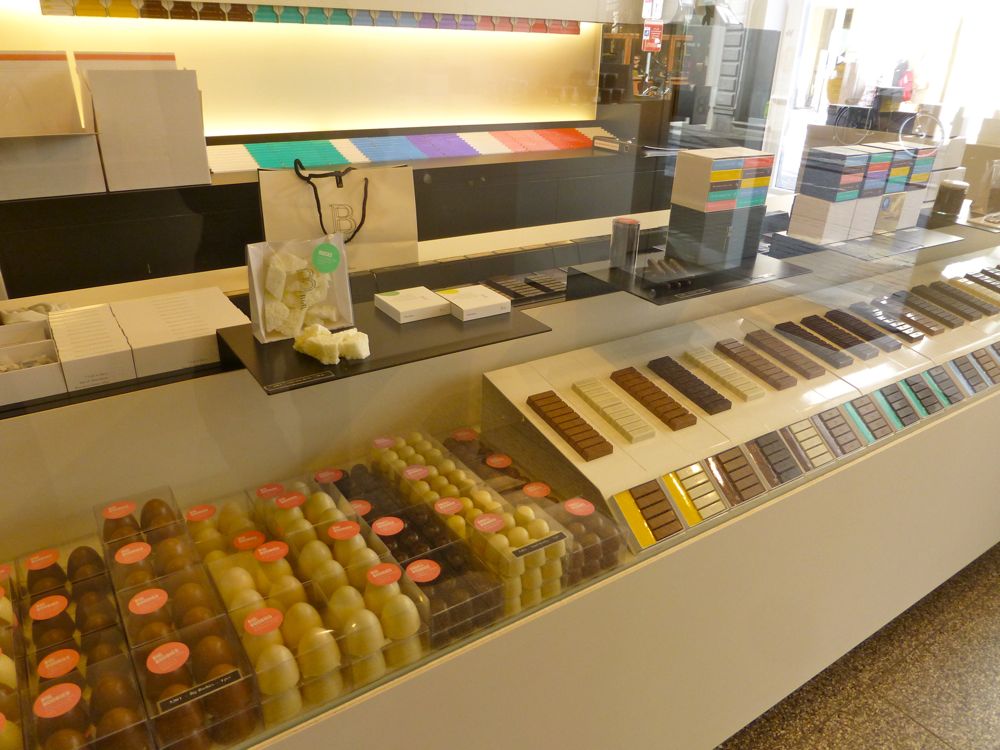 The Belgians are passionate about beer and have been since the mid 5th century, long before Belgium became an independent country. Under Catholic church permission, local French and Flemish abbeys brewed and distributed beer as a fund raising method. The relatively low-alcohol beer of that time was preferred as a sanitary option to available drinking water. 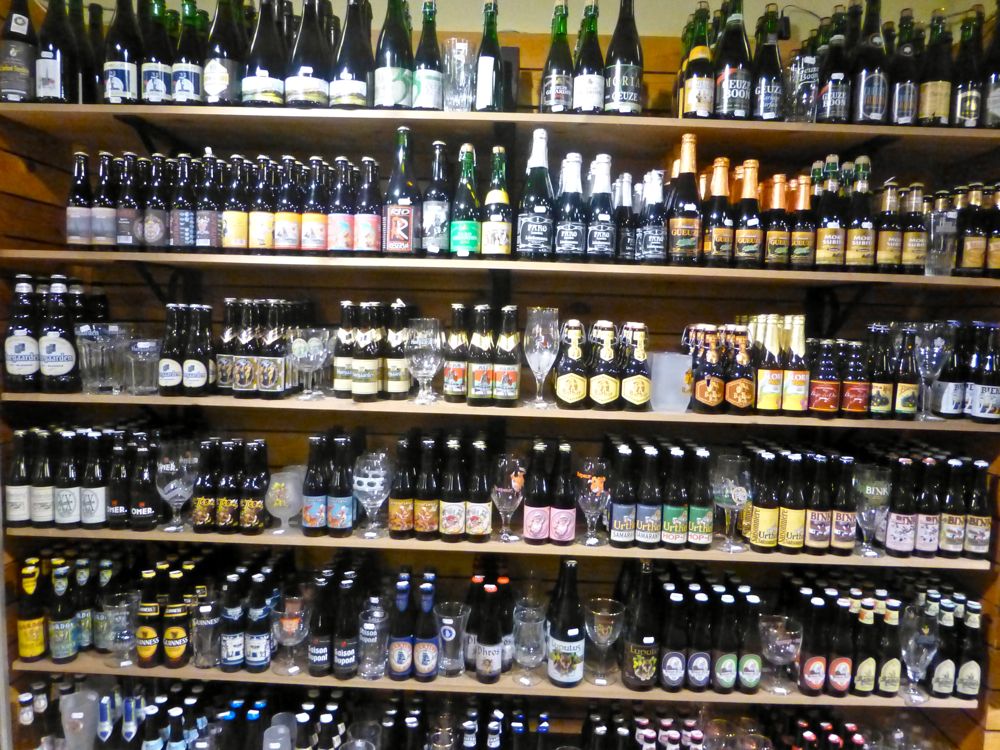 Belgium produces beers in a remarkably diverse range of styles, and beer is an extremely important part of Belgian culture and heritage, woven into the very fabric of the kingdom.
Lots of choice! 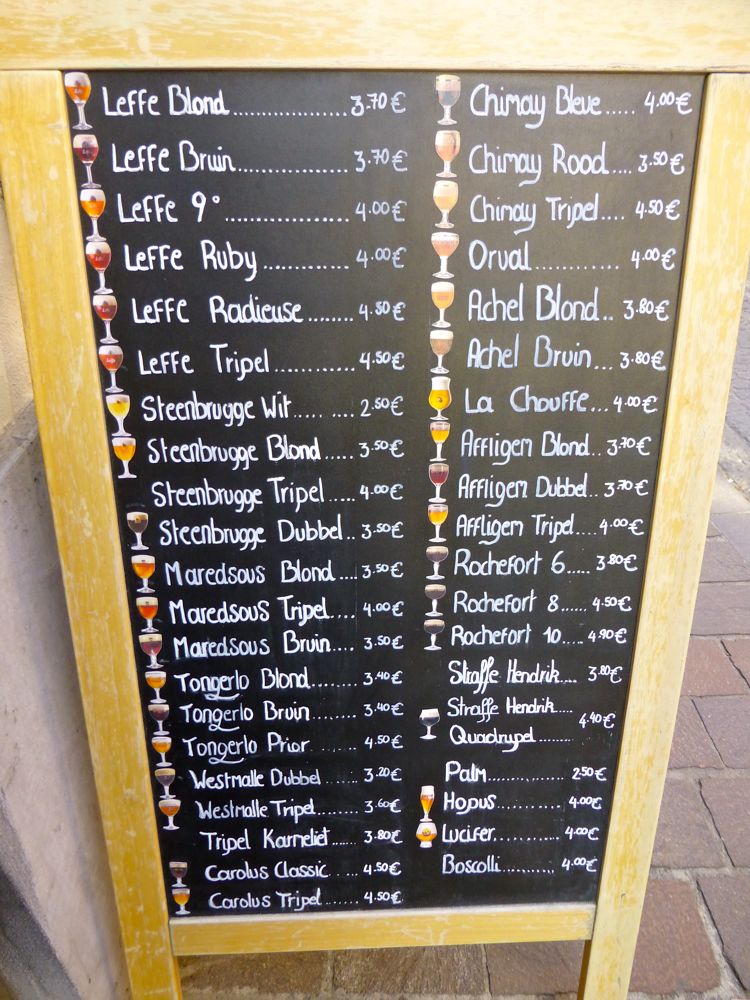 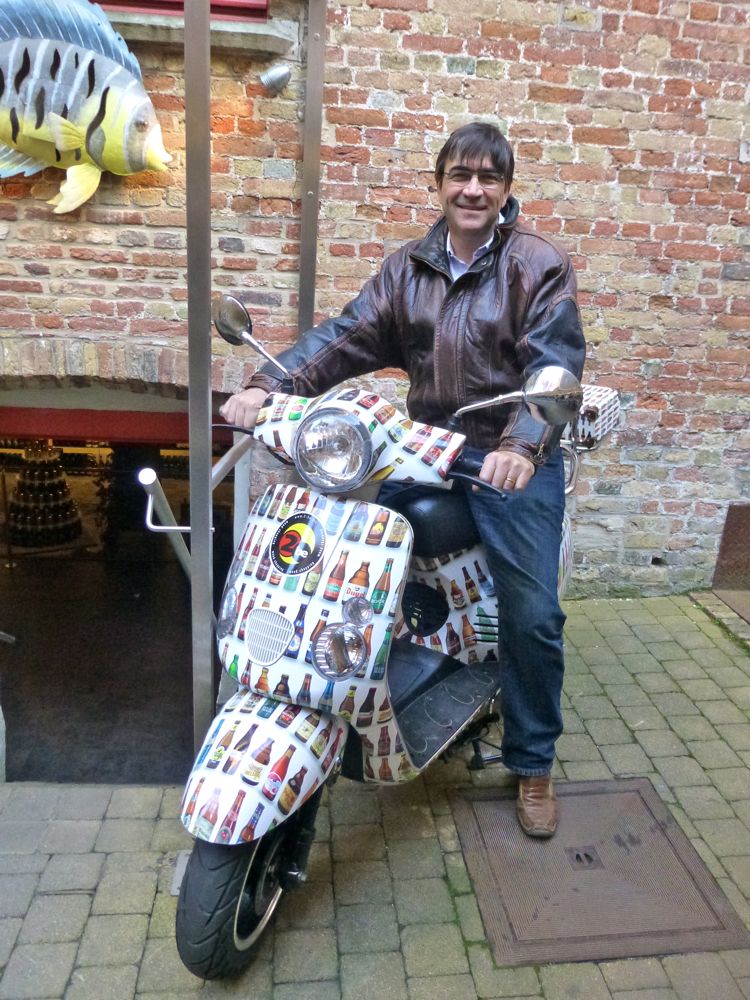 What are now traditional, artisanal brewing methods evolved, under abbey supervision, during the next seven centuries. The Trappist monasteries that now brew beer in Belgium were occupied in the late 18th century primarily by monks fleeing the French Revolution. However, the first Trappist brewery in Belgium (Westmalle) did not start operation until 10 December 1836, almost 50 years after the Revolution. That beer was exclusively for the monks and is described as “dark and sweet.” The first recorded sale of beer (a brown beer) was on 1 June 1861
Decision made! 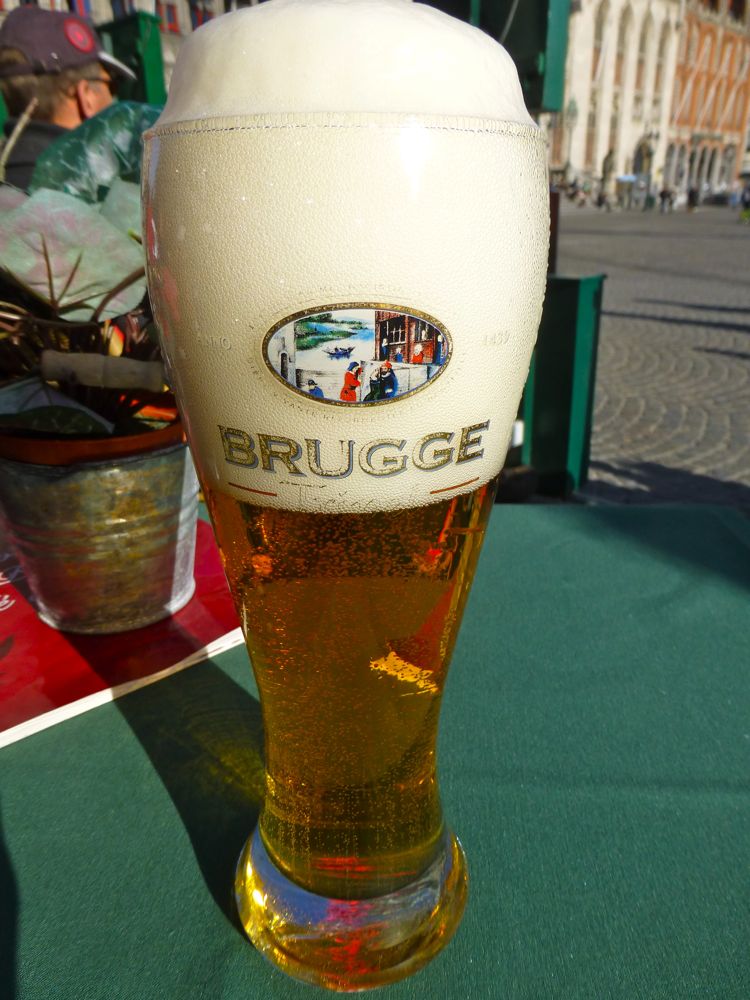 It is believed that early manufacturing of lace began in Ancient Rome, based on the discovery of small bone cylinders in the shape of bobbins. During the 15th century, Charles Vth decreed that lace making was to be taught in the schools and convents of the Belgian provinces. It was designed to replace embroidery. Since then many styles and techniques of lace making have been developed, almost all of them in Belgian.
Today, two main techniques are practiced in the Flemish

Lace, a speciality of Bruges, very expensive to make and therefore no longer manufactured for commercial purposes. Second, needle lace, sometimes called Renaissance or Brussels lace, because it is mostly sold in Brussels. Today lacemaking employs about one thousand lace workers, all of them ladies aged between fifty and ninety years of age.

Regardless of whether beer, chocolate or lace are of any interest, a visit to this charming, historical, northern European city is a total delight no matter the weather or time of year. There are many delicious places to eat, we had a wonderful evening in  Bistro Christophe, which oozed charm, offered good service, was reasonably priced and most importantly had great food!! 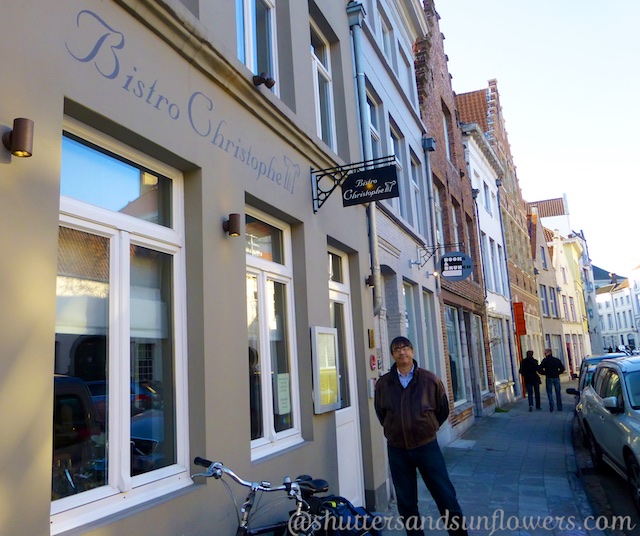 There are also some lovely places to stay in Bruges, take a peek at the previous post for more information and do let me know about your travels to Bruges I hope you will love it as much as we did! 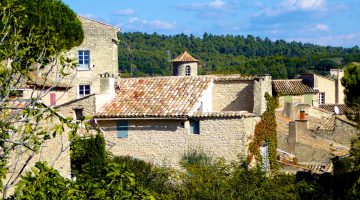 The Luberon Valley, fitting my life into this place…….